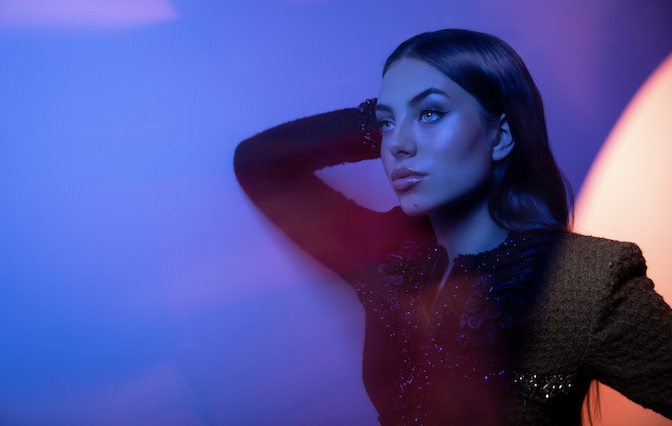 Last Friday was an exciting day as “Midnight in the Switchgrass,” finally came out and we had the chance to speak with Caitlin Carmichael who stars in the thriller! Drawn to the realness of the film and the challenge it would be, the talented actress is eager and ready to keep growing as an individual and in her professional career. Acting is who she is and if you want to learn more, keep reading!

Share with us what was the most fulfilling part of working with such renowned actors on set of “Midnight in the Switchgrass.”

Our film has an incredible ensemble that I’m extremely grateful to be a part of. It was so evident how loyal our cast was to our project even amidst a global pandemic and multiple shutdowns due to COVID-19. We all stuck with our director, Randall Emmett, in the face of uncertainty and persevered through completely uncharted times in the entertainment industry. Megan, Bruce, Lukas, and Emile’s passion for bringing this story to life was relentlessly contagious through all the adversity we faced. That dedication definitely inspired me during the filming process and made every moment in front of the camera even more special.

Who did you connect the most with on set?

Most of my scenes showcase my character, Tracey, held captive by Lukas Haas’s character, Peter. I’m so thankful to have had the time I did off-screen with Lukas to get to know each other and rehearse these intense moments. Developing that chemistry not only made both of us more comfortable during filming but allowed us to really dig into a place of darkness and inhumanity to create the most authentic version of the scenes possible. 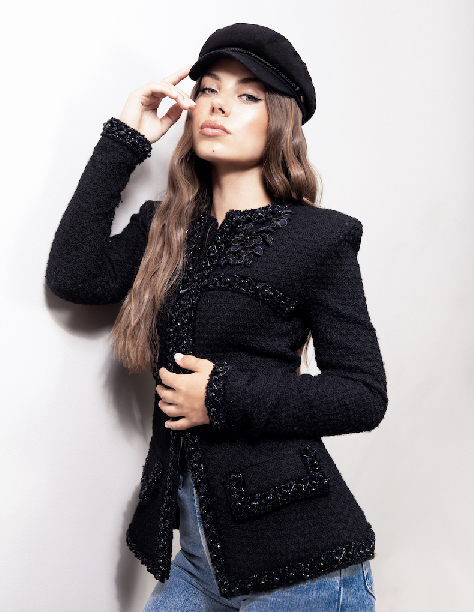 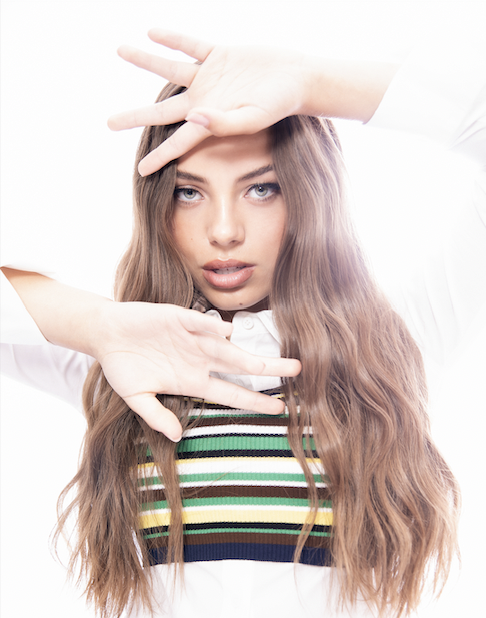 Why were you drawn to this project?

Immediately, when I read my audition sides, I could tell this role would be a challenge. I was excited to film a kidnapped storyline that didn’t shy away from the realness and brutality of the situation. After booking the role, I met Randall. He explained his drive to bring this story to life, and, in doing so, give a voice to the inconceivable number of missing girls whose stories we’ve never heard. Megan’s character, Lombardo, has a line in the script that questions “If no one is looking for you, are you really missing?” This is the ultimate rallying cry for our narrative. After diving into the script, I really connected to the way the women in the film save themselves and come together to save each other. I really hope this project will resonate with its audience on a deeper level to shine a light on the female unity that allows our lead characters to overcome adversity.

Tell us what fear is to you. How did you channel that throughout the thriller?

Fear is the state of mind that subjects me to the most intense vulnerability possible. In order to channel that during filming, I really had to focus on giving a selfless performance. In my scenes, I couldn’t think about how I looked or sounded without snapping out of the scene. It was important to stay in the moment every take. When I was in Peter’s “box” that imprisoned Tracey to solitary confinement, it was just the camera and me. Every moment was captured, and I really had to immerse myself in the environment to find a place of genuine fear. Doing my own stunts during Tracey’s escape – breaking through the sewage pipe and crawling through the switchgrass with my hands really zip-tied together – allowed me to actually put myself through what Tracey was experiencing and mirror her determination with my own.

Growing up, what were you most afraid about (material/ideas…)

I have an outrageously specific list of pet peeves, but as far as actual fears, I’m terrified of sharks – pretty ironic as I’ve been surfing since I was 8 years old.

Acting isn’t what I do at this point, it’s who I am. I’m enamored with being able to immerse myself in perspectives different from my own and challenge the way I think in the process of becoming other people. There’s something incredibly rewarding about being able to draw from my own experiences and insert that into my portrayal of a character. But, on the other hand, my mind runs wild at the thought of being able to craft a character who’s had a completely different life than my own and mold her from what’s on the page to a multidimensional person. Acting is constantly teaching me new things from a creative standpoint but crafting the life of another person – fictional or not – is a constant exercise in empathy that shapes me personally.

Tell us a time you faced one of your biggest fears. What lesson did you learn from that?

I’m a perfectionist when it comes to my own work, especially academically. Experiencing the college admissions process at 14 years old was a time when I began to doubt myself personally and professionally. After being offered help from a college essay instructor, I opted to write my essays myself in hopes of being accepted solely for my own voice. I was initially denied from some of the prestigious schools I applied to, causing me to question whether my individuality was valuable enough or would stand out in the fierce competition at universities I hadn’t heard back from. I’m so thankful to have gotten into my top choice and dream school – UCLA. Knowing that I was accepted solely for who I am is immeasurably rewarding.

Who has been your biggest supporter in life?

My mom has always been my #1 fan. She’s inspired an extremely diligent work ethic in me and showed me the importance of understanding that everything happens for a reason by helping me stay grounded in my faith. This really shaped my mindset growing up in the entertainment industry to not be discouraged after hearing “No,” and appreciate the value of hearing every “YES!” Practicing this sort of gratitude has led me to constantly prioritize giving back – either through philanthropic efforts or random acts of kindness. I’m really thankful to my mom for being a strong role model for me and showing me, I always have the power to make a difference. 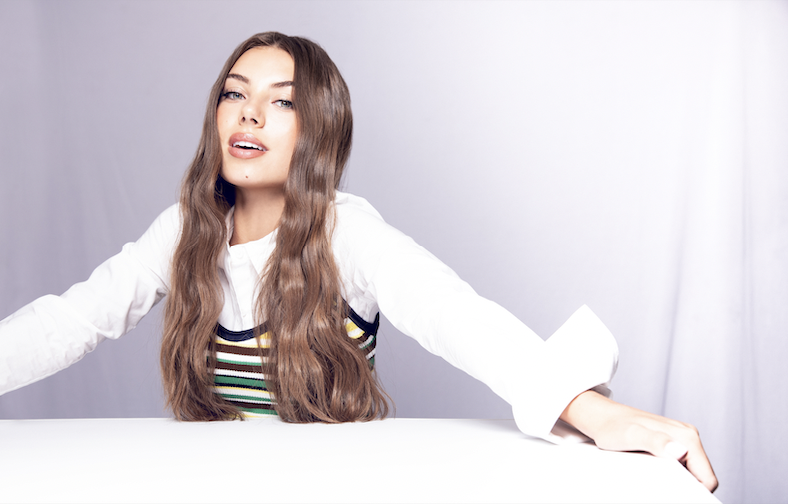 If you could go back in time, where would you travel to and why?

DEFINITELY the decade spanning from the mid-1960s-1970s. From bellbottoms, Beatlemania, and Woodstock, I’ve always felt like I’d fit in as a flower child.

I just finished my sophomore year at UCLA and declared my Film, TV, and Digital Media minor to accompany my American Literature and Culture major. This will allow me to explore film theory and the history of filmmaking along with my major’s themes of creative writing, gender studies, psychology, philosophy, and religion. I’m really passionate to dive into my studies and grow as an artist both in front of and behind the camera. Hopefully I can use these skills to become a more multifaceted actress and future writer, producer, and director. 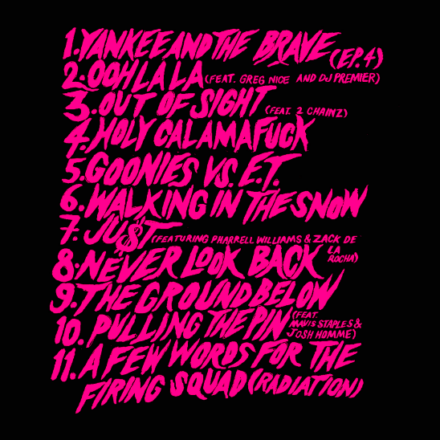 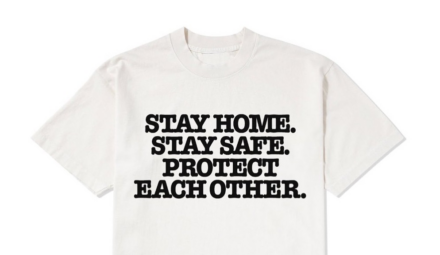 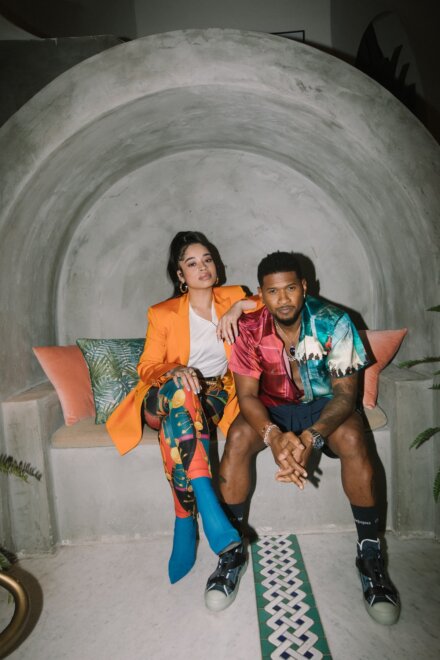 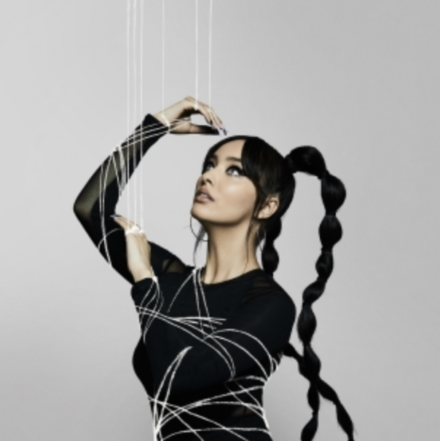