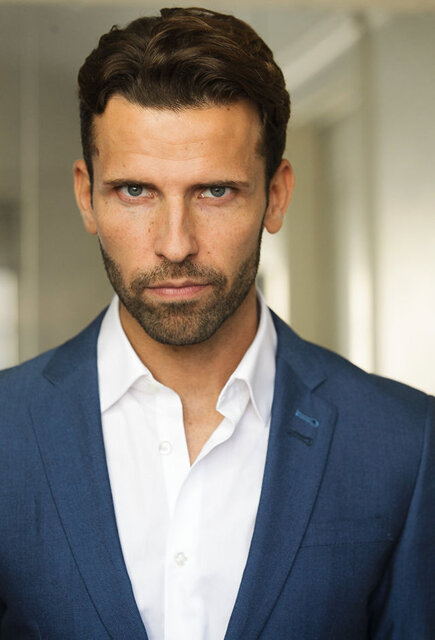 Isn’t that what every actor wants to be recognized for? It is without a doubt hard work and dedication that goes into all that to finally get the acknowledgment artists deserve. Actor Benjamin Schnau is fortunate enough to have accomplished a lot over the years working on incredible projects portraying the critical role of George Westinghouse secretary in the upcoming film ‘The Current War’ or playing lead role general ‘Jupp Klein’ in the Netflix show ‘Nazi Megastructures’ establishing himself as a known actor in the industry. His efforts now earned him two awards one for ‘Best Actor’ at the Oniros International Film Festival in Italy for his performance as Leon in the film ‘Against All Odds’ and ‘Best Supporting Actor’ for his critical role as the antagonist general ‘Gunter Wolfgang’ in ‘The little picture’ at the Top Shorts Film Festival. Benjamin told us more about the awards and also his critical role in the 2020 Academy Award qualifying film ‘Kommando 1944’.

Hi Benjamin, thanks so much for taking the time today.

Thanks so much for having me.

So tell us how do you feel winning two awards in one year?

This feeling is just incredible. I definitely didn’t expect it. I personally just want to give my best but if your work also gets acknowledged by a jury then you know you did something right. The award for ‘Best Actor’ at the Oniros Film Festival is special to me as the character Leon I played in the film ‘Against All Odds’ is truly complex. A young gay man literally fighting all odds for justice and acceptance among his peers to live openly with his boyfriend Ryan but also gets accepted and acknowledged as a talented boxer. The variety of emotions this character goes through is something every actor wants to experience. Winning the award for ‘Best Supporting Actor’ for the film ‘The little picture’ was also a great moment in my career. This movie is so impactful and intense that you can’t turn your head away while watching it. My character is very extreme and I was trying to push the boundaries between I and my partner in the scene. I wanted to make the audience feel exactly what my partner is feeling almost making them uncomfortable for a second to really get into the scene. I was playing the antagonist ‘Gunter Wolfgang’ someone who comes across dangerous from outside but who pretty sensitive as well. It was interesting to create this character who pretty much does what he got told to do. He is not the typical evil person but has to act in way they expect him to in order to save his own family.

What do you think made the difference to the judges?

I honestly have no idea (laughs). I’m just doing what I love. Acting is my passion and I want to tell stories through the characters I’m portraying. I take my work as an actor seriously as I want people to identify with the people they watch and hope they can take something from it transferring it to their own life. I believe as actors we are creating a world for the audience in which they dive into, where they feel for or being angry with the characters. But no matter what it is, it’s important for me to be authentic and real. They should feel that this can happen to all of us in real life too. If I’m as an actor can take the audience on a journey with me making them part of the story, then I believe I did a good job. If the judges then also have the same feeling about it, I’m even happier. Therefore I’m very honored to receive these awards as they must have seen what I wanted to tell through the characters eyes.

How do you prepare for all these different characters?

That’s a very good question. Sometimes I don’t even have a lot of time to do my research, learning about the character, his behavior and background story. If that is the case the most essential thing for me is definitely going into a deep conversation with the director to fully understand what his intention of this character is. I don’t want to know completely what or how he does things but the overall purpose of the character as it gives me an idea of the relationship the he has with the whole ensemble. What I usually do is to play out the dialogue by myself, I know that sounds funny, but I want to establish how the character talks, moves and behaves in a way I see him and believe he should approach his environment.

If it’s based on a real life person, I definitely go into detail and learn everything about the character from his birth, childhood, teenager years and also later life as an adult. If the person is still alive I’m always hoping to have a chance even meeting him as this is the most valuable resource an actor can have.

What did you think when you knew that you are part of a 2020 Academy-award qualified film?

I just freaked out for a second (laughs). Being qualified for an Academy Award is the biggest accomplishment in our industry. Playing the critical role ‘Lehmann’ in this spectacular film and being an important part making it a qualifying film is one of the greatest confirmations you can get as an actor. The cast and crew worked really hard on the film and I think it’s shows it. The story of ‘Kommando 1944′ is based on true events at a time where Asian-American soldiers were held in German camps treated very disrespectfully. It makes it very relate-able to people to remind themselves of being loyal and supportive with each other. I think the judges saw our authenticity and importance of this story from 1944 being told today.

What was one of the best experiences on set and favorite role you played so far?

One great experience on set for me was definitely the scene I had with Michael Shannon in the film ‘The Current War’. Its the office scene in which George Westinghouse (Michael Shannon) is coming out of his office and rams a knife into the door frame. I remember we did the scene a couple of times with me playing his secretary trying to calm him down in the scene. The director already felt we had the take but Michael wanted to do it a couple more times. It’s just a tiny little scene but it showed me his professionalism and sense of detail as an actor which I find very important. It was interesting to interact with him as him and I never got out of character which means we basically both got to know each other more as characters than off-set. (laughs).

My favorite role? That is really hard to say as every role has something special which is why I chose them. I feel the character Leon in ‘Against All Odds’ is definitely an exciting role as the contrast of him being a gay man in a world of boxing with mostly straight men has a very exciting contrast I couldn’t wait to explore. I was intrigued to play that part as it challenged me to take myself on a journey of being vulnerable on one hand but then also having this tough side in me to show off in the ring and become almost like a killer defeating my opponent. The change between these different emotions of Leon being in love with his boyfriend Ryan but also making sure his boxing coach Freddy sees the fighter in him really took my ability of being an actor to the next level and I’m grateful to have made this experience.

How did you get your start in acting?

Wow, a very long time ago (laughs). It was back in high school when I was about 15 years old. I remember that we had a new theater class coming up and I wanted to try it out. I always gave little plays at home for family members or even myself but never thought I could do it professionally. When I started the class and did my first play as one of the witches in the play ‘Macbeth’ I knew immediately that I want to do that with my life. It was just fascinating for me to go into character and portray someone so completely different like myself which blew my mind. On top of that it was just incredible to see what effect you can have on the audience and how they are with you the whole time.

What do you think is most important to establish yourself as an actor?

Oh there are a couple of things. The first thing I believe is to be true to yourself and knowing who you are as a person. As an actor you develop characters by taking in all the experiences you also made in your personal life, so the better you know yourself the more truth will come out in your performance. I always said that and will do. Don’t get me wrong you’ll never stop learning and growing which is important, but there is an essential reflection of ourselves I believe an actor needs in order to get where he or she wants to be. On the other hand you shouldn’t underestimate the important aspect that this industry is also a business. You need to know how you can market yourself to make it easy for producers or casting directors to pick you over anyone else. The competition is hard and in order to make it happen you need to know your strengths and turn them into your brand. Another important point is to keep ears and eyes open as people might see you in characters you don’t see yourself in. It’s therefore important to adapt to that and combine this with who you are and make it your own.

What is next for you?

The next project I’m working on is a TV-series called ‘Next Level’ where I’m playing ‘Red Shadow’ the leader of an underground squad which is trying to take over the city. The show is based on favorite 80’s video games turn into reality. It’s a great concept as people from back then will remember their favorite characters and will cheer for them. Also the film ‘The Current War’ has it’s US release on October 25th this year. I play the critical role George Westinghouse’s secretary portrayed by Michael Shannon. A great story taking place in the 1920’s about the competition between Edison and Westinghouse of who is taking the lead of the next electrical system powering the next century. 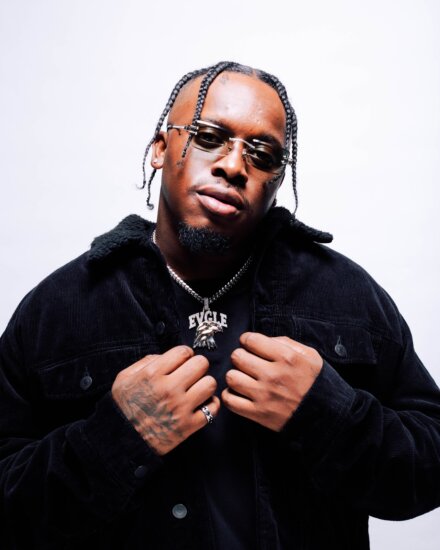 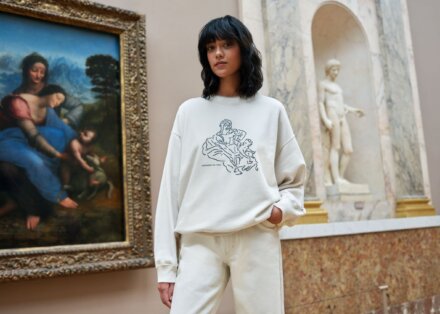 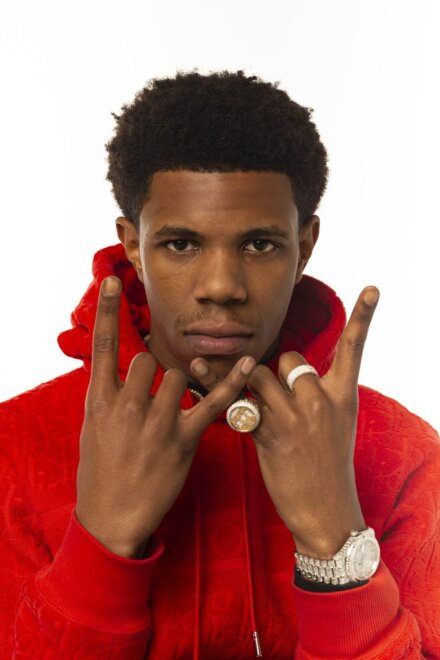