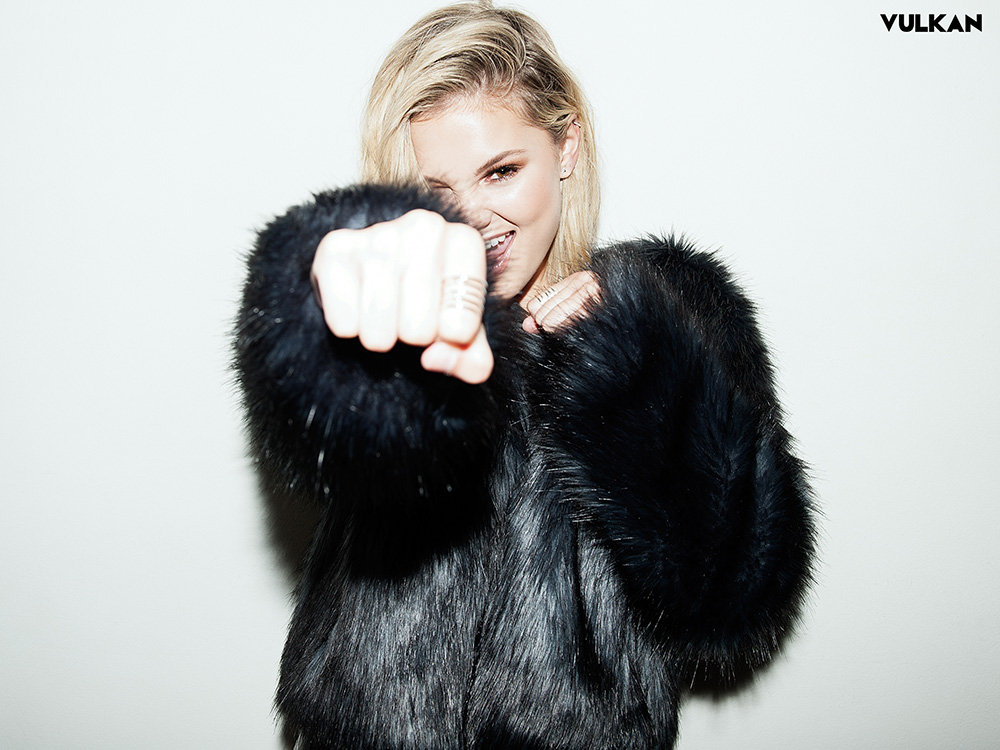 Actress and singer Olivia Holt is best known for her roles on Disney series like Kickin’ It and Didn’t Do It. These days you can catch Olivia as Dagger in Marvel’s latest series Cloak and Dagger. VULKAN caught up with Olivia to talk about her transition from Disney to Marvel and what superhero fans can expect from the exciting new series.

On a scale of 1 to 5, how excited are you about the premiere of your new show Cloak and Dagger?

Hands down a 5, but excited is for sure an understatement. I can’t believe it’s actually about to be out in the world for people to watch! So surreal.

Are you living out your superhero dreams in Cloak and Dagger?

When I was a kid I remember watching superhero movies and wanting to be just like them. Even now, especially with all of the female superheroes taking over the world, it’s quite the game changer. Playing ‘Dagger’ has been exhilarating in every way possible, and my inner kid is totally geeking out on so many levels.

What can fans expect from the show?

It’s gritty, but grounded. Intense, but entertaining. It’s real and raw, and inspiring. Fans will not only experience a lot of action, they’ll experience the authenticity this show has and the moving journey these two teens go on.

How is Cloak and Dagger different from other superhero shows out right now?

Well for one, we’re focusing on Tandy and Tyrone’s stories not just becoming superheroes, but their story coping with real life problems. We tackle some intense subjects in this show, things that are happening right now in this day and age. So I have a feeling the audience will be able to relate to these characters and empathize with them to a certain degree.

What did you enjoy most about filming the series?

I’ve never felt so impacted and moved by a story I’ve been apart of creatively as much as I have with this one. Not to mention, everyone apart of this project are so insanely passionate about these characters and their journey and as an actress it just makes it that much more memorable to film.

If you had to have one superpower what would it be?

Probably to have the ability to breathe underwater. In my next life I’d be so down to be a mermaid.

How has your acting transition been from Disney to Marvel?

As far as the content goes, it’s a massive jump. People haven’t really seen me in this intense, dramatic light yet. I did comedy on a sitcom for 6 years of my life, and now I’m taking it to a more personable level and telling stories that are legitimately happening in 2018.

What is your dream role?

I’ve always wanted to do some sort of period piece. I remember reading ‘The Great Gatsby’ in school and telling everyone I was gonna play Daisy someday.

Your 21st birthday is soon approaching this August. Any big plans?

As of now, no plans. But it is a birthday I’ve really been looking forward to so I think I may take a trip somewhere!

Can you tell us about your film CLASS RANK?

This film was one of the first projects I ever did outside of Disney. It’s an incredible, quirky coming of age story about to young, bright teenagers. My character dreams of being a Supreme Court Justice so I did lots of research and studying in the political world.

What was it like to work with Eric Stoltz, Kristin Chenoweth and Skyler Gisondo?

I was a big fan of all of those people before working with them, now having worked with them, I’m an even bigger fan. They are so kind and insanely hard working. I was inspired by them every day and I hope I have the opportunity to work with them again someday.