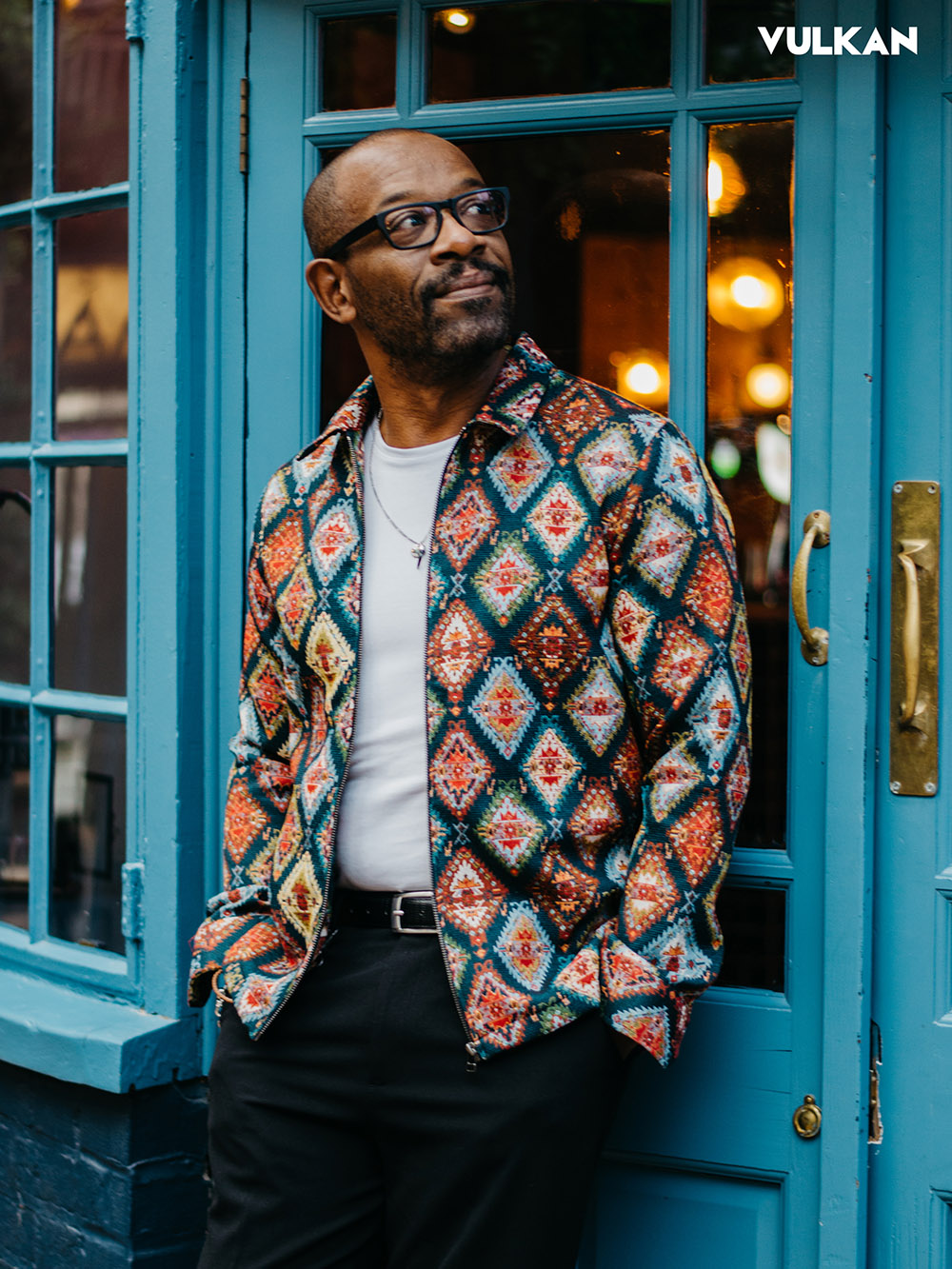 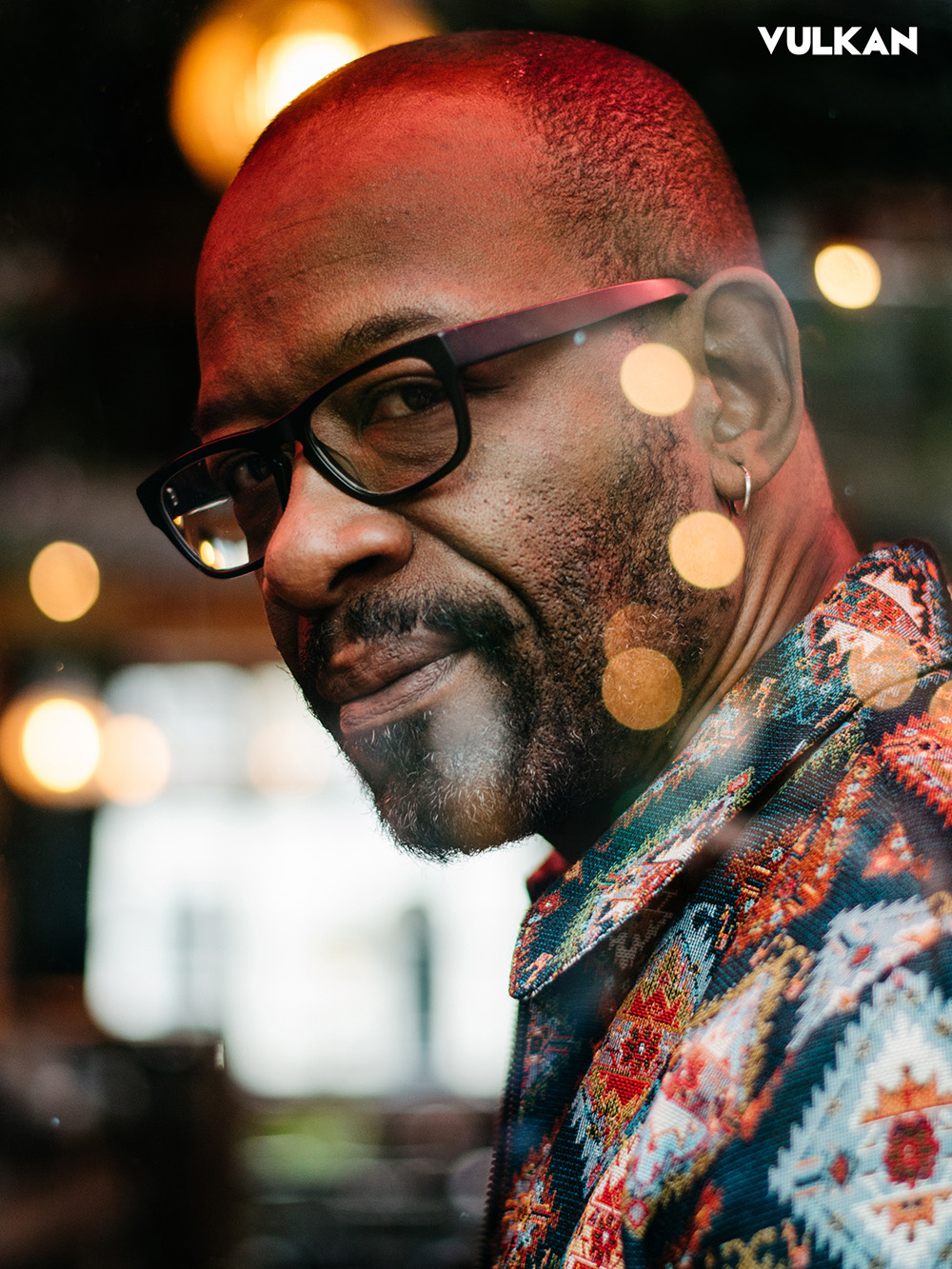 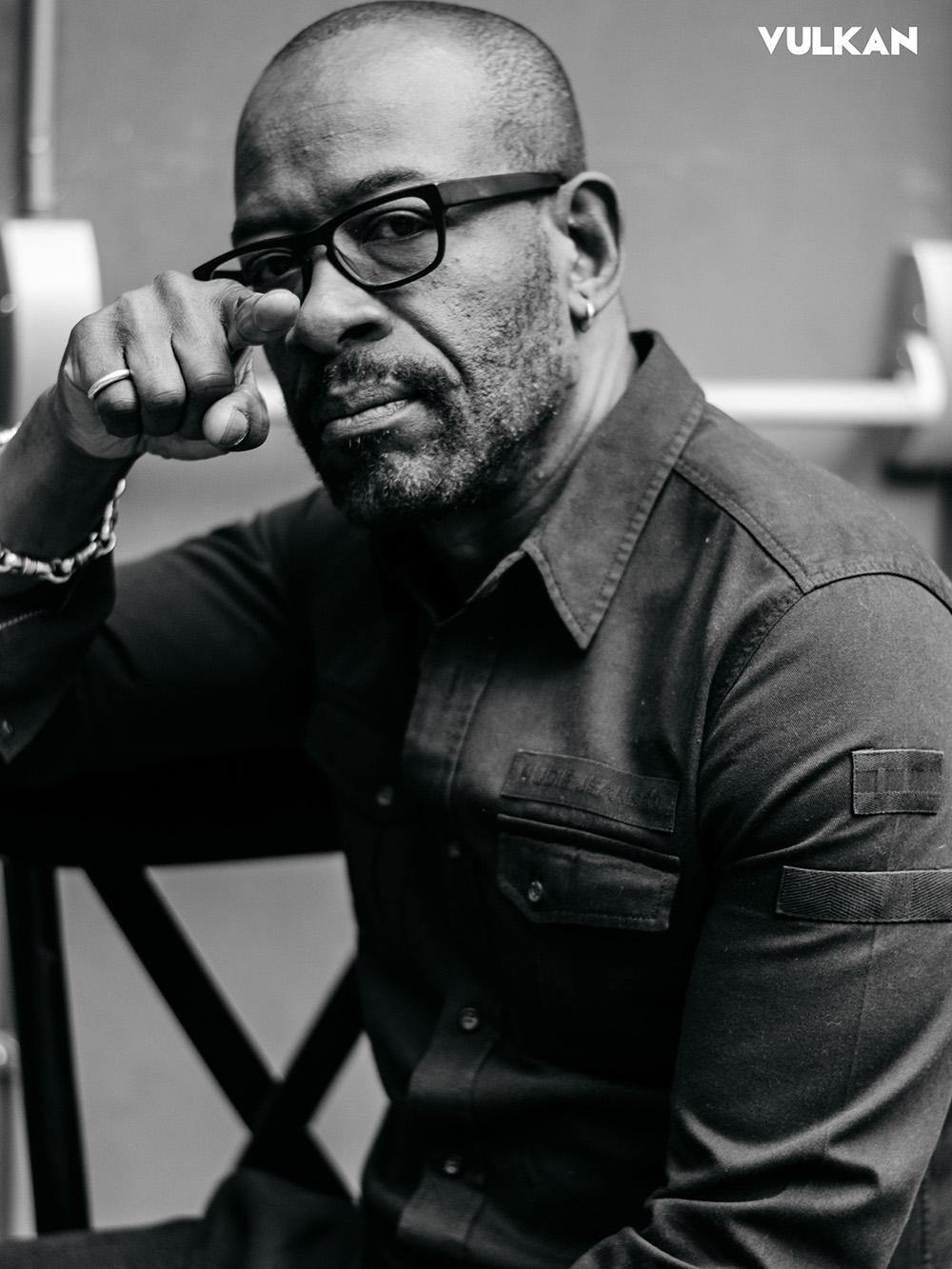 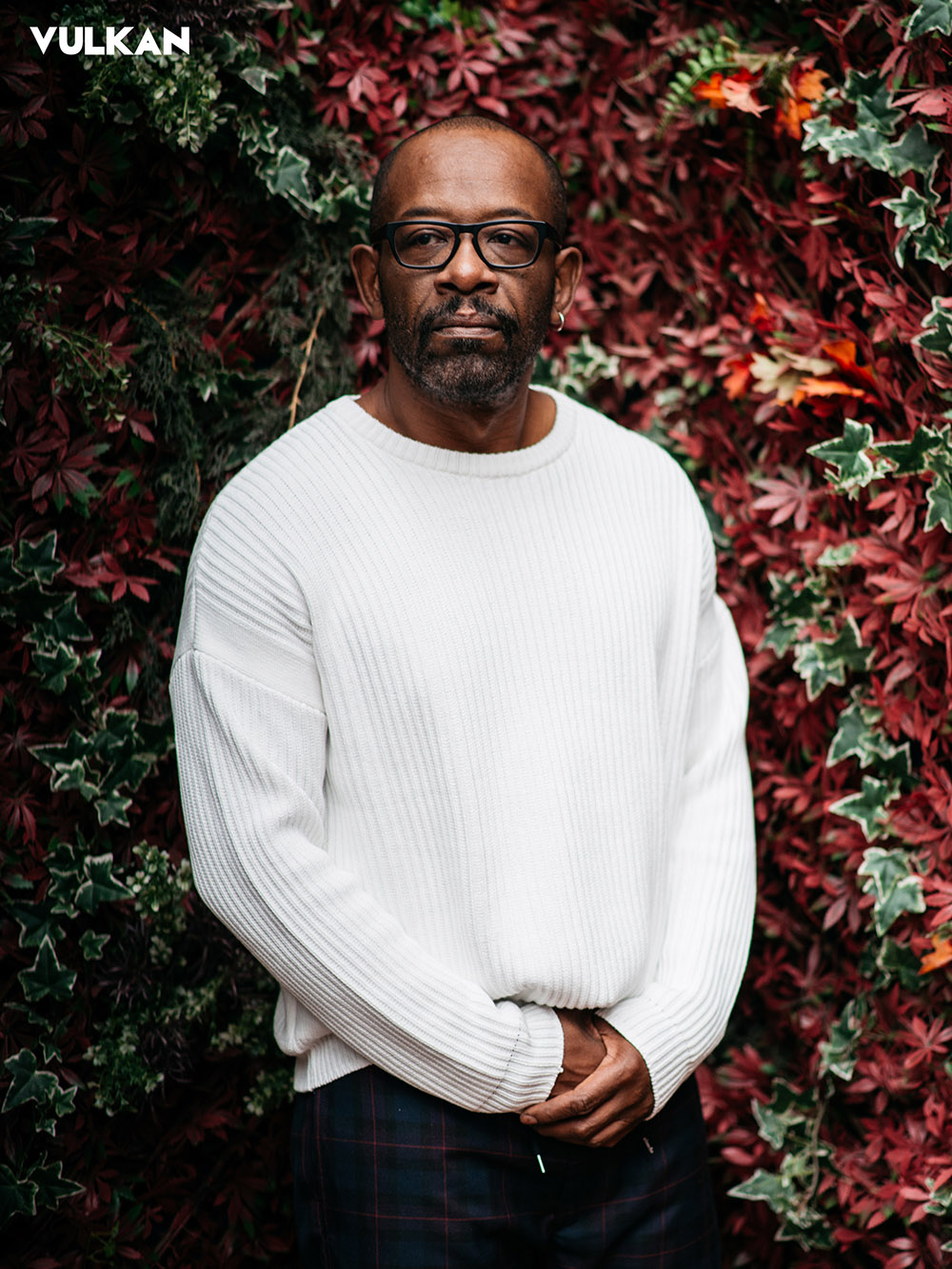 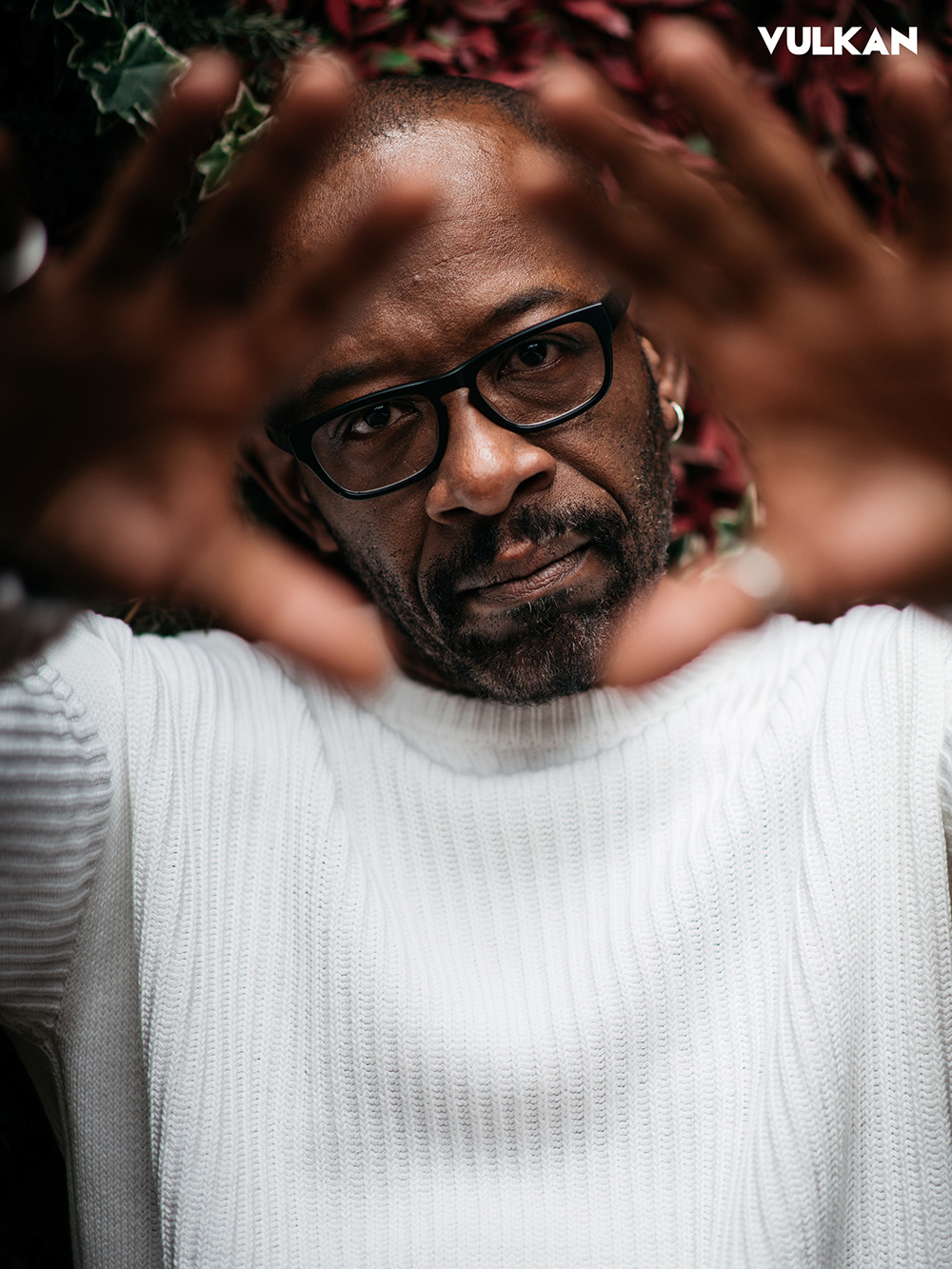 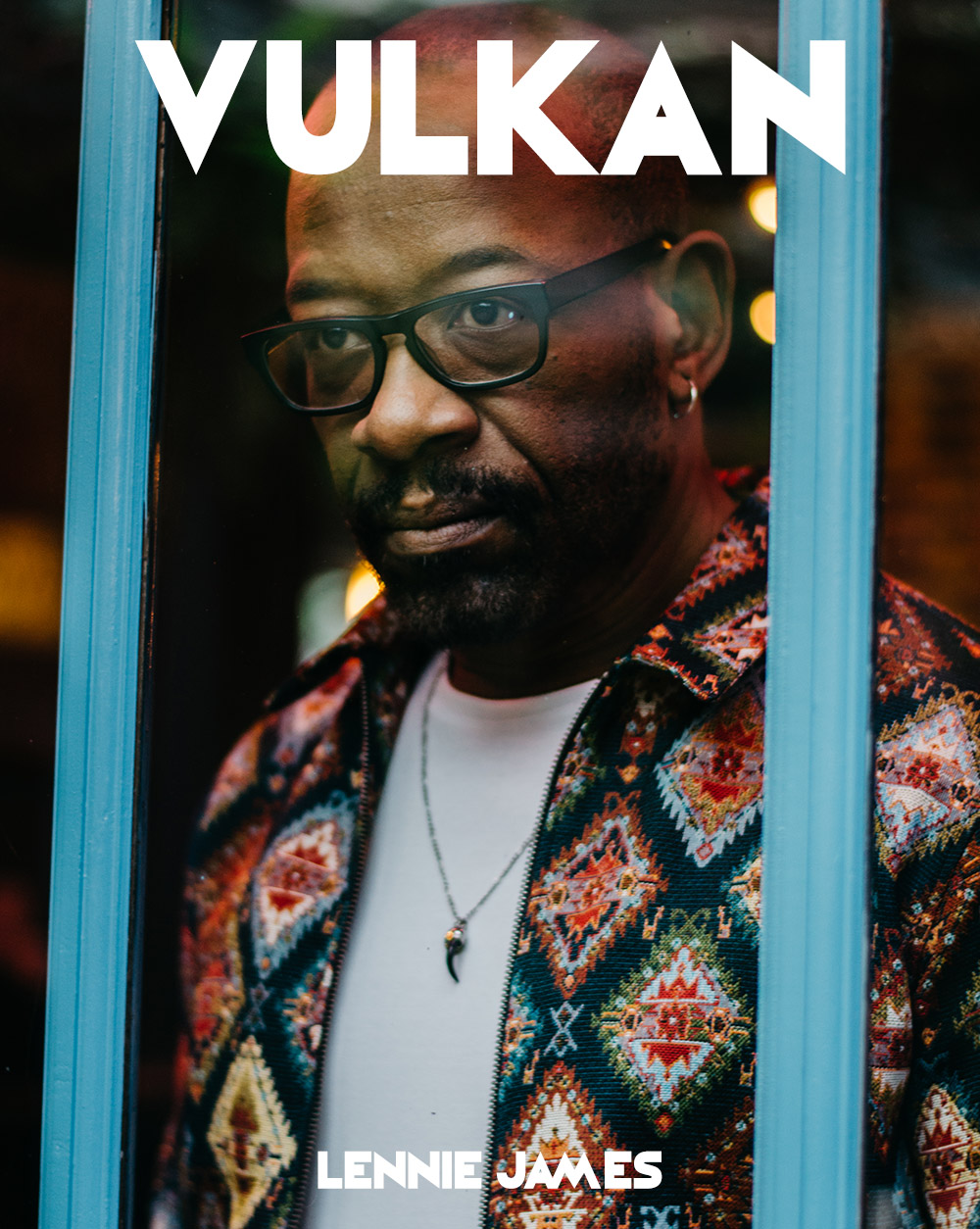 Actor, playwright and screenwriter Lennie James is perhaps best known as Morgan Kelly in AMC’s The Walking Dead but he’s been seen in countless films and series over his career. Most recently, Lennie developed Save Me, a new dramatic series that he wrote, produced, and stars in. VULKAN caught up with Lennie to find out where his inspiration for Save Me came from and what we can expect to see from Morgan Kelly in Fear The Walking Dead.

Tell me about an area in which you would like to improve as an actor?
I love to sing. I’m not saying I’m any good at it, but I sang in bands when I was a kid and went to the Guildhall School Of Music and Drama, which had us develop our musical potential. So, I’d like to see what I could get away with in that direction. I’d like to do a musical that doesn’t need you to be any good at singing!

Which has been your favourite character that you have performed?
I’m lucky there have been a good few characters I’ve played that I have loved walking around in their skins. I couldn’t name one above the others as far as TV or Film is concerned. If you made me name one, I’d go for Walter Lee in ‘A Raisin In The Sun’. It’s a play by Lorraine Hansberry and is an American classic. It is a part that has been likened to Hamlet in what it demands of an actor. On stage it is easily the most challenging, complex and rewarding character I’ve ever had a go at. I loved playing him and doing that brilliant play.

Has social media impacted the way you market yourself, and how would the 16-year-old Lennie react if he stepped into this social media era?
I don’t actually have a social media presence at all. Not because I think I’m above it or anything like that or that I don’t get it. It’s just not my thing. In fact, I’ve just been talked into getting verified accounts to try and stop the ‘fake me’ accounts that are out there.

Do you feel it’s hard to become a successful entertainer in today’s day and age, and how would you go about chasing success differently if you were a newbie in the industry today?
Not sure what chasing success means exactly. I’ve always just wanted to be as good at what I do as I can. I wanted to learn and to navigate my opportunities as best I can. I really enjoy being an actor. I love my job. I would encourage anyone starting out to, first and foremost, ask yourself if that is true for you. That’s what will sustain you through the ups and downs and allow you to have a real sense of what success in the business really looks like.

You’re a new addition to the crayon box. What color would you be and why?
I’d be magenta. Just so I could walk up to the other crayons and say, ‘Hi, I’m Magenta!’

What do you think about when you’re alone in your car?
Depends where I am going or where I’m coming from. Mostly I daydream or people watch. I love to do both.

What would you say was one piece of advice you have received that has shaped the way you pursued acting. Who was it from and why does it hold such significance?
When I was about 18, I did my first ‘professional’ play above a pub in South West London. It was a profit-share production, which meant we didn’t really get paid. Those things barely ever broke even. Anyway, I was the kid in the prison play and one of the older actors, Guy Gregory, took me under his wing. Guy was an African American actor living and working in London. He was a fearless performer and a lovely man. He was very kind to me and would always say, ‘Just do the job’. It is the most simple piece of advice, but it is profoundly important in the job I do. You asked how I stay focused and not get distracted by success and fame? I just do my job. If I’m not doing that, there is very little point to any of it.

Tell us about The Walking Dead – How did the role come about and what continues to motivate you?
I was doing another show for AMC and one of the producers on that mentioned to me that the network had just bought the rights to a graphic novel series call ‘The Walking Dead’. He said there’s a character in the first episode that I should keep a lookout for. When they started casting, I got my agent to put me forward. They did and luckily I managed to land the part.

Morgan keeps on being a challenge and a surprise to me. He is still evolving and still hasn’t become all he can and will be. After eight years, on and off, that’s a gift for an actor.

What can we expect from your role in Fear The Walking Dead?
You can expect Morgan to evolve, to challenge and surprise you and to get closer to becoming all he can and will be.

Tell me about your new TV show Save Me in which you wrote, produced and star in.
It is the story of a man “Nelly”, who is arrested and charged with abducting his estranged 13-year-old daughter. He hasn’t seen her in 10 years and Save Me is the story of him trying to prove his innocence, trying to find his child and trying to find the person who took her, because the person who took her did so pretending to be him.

Save Me has been receiving nothing but positive reviews, some saying that you bring depth far beyond expectation – how did you prepare for this role and if any, what struggles did you have to overcome?
I know Nelly, my character in Save Me, better than any other character I have ever played probably. I wrote him. I created him. He is an amalgamation of some guys I know, sort of know and a figment of my imagination.

The hardest part of preparing to play Nelly and playing him was putting down my writers head and giving myself time to get into my actor’s head and tackle him like I would any other. I didn’t want my familiarity to allow me to cut corners.

Do you relate to Nelly in any way?
We are roughly the same height and age, but he lies about it! We don’t have a huge amount in common apart from that. I love Nelly’s sense of right and wrong. I like how he can see where it blurs, but still has a clear sense of himself.

When did you first have the idea for this show?
Anne Mensah [Head of Drama at Sky] phoned me and asked if I had an idea. I had a long weekend in Detroit to myself and got into thinking about it. There was a part of another story I was thinking about that just jumped out; the story of a man, out of touch with his child, learning to be a better father to her once she had been taken away. In my original idea, Nelly was a man of some ability – ex-police/ex-soldier ‘down on his luck’. I worked that idea for a while, but it quickly became very formulaic and familiar. I felt like whatever I came up with, I’d seen it all before. Then when I began to see Nelly as a bit of a wastrel, a man who never reached his potential, and when I housed him in the estate and sat him in his spot at The Palm Tree pub, the whole story opened up for me. It was like I had a whole new canvas to play with and a lovely bunch of characters to wrangle.

What’s next for Lennie?
Fear The Walking Dead, hopefully another series of Save Me and I’m looking to get back on stage. Maybe a badly sung musical.