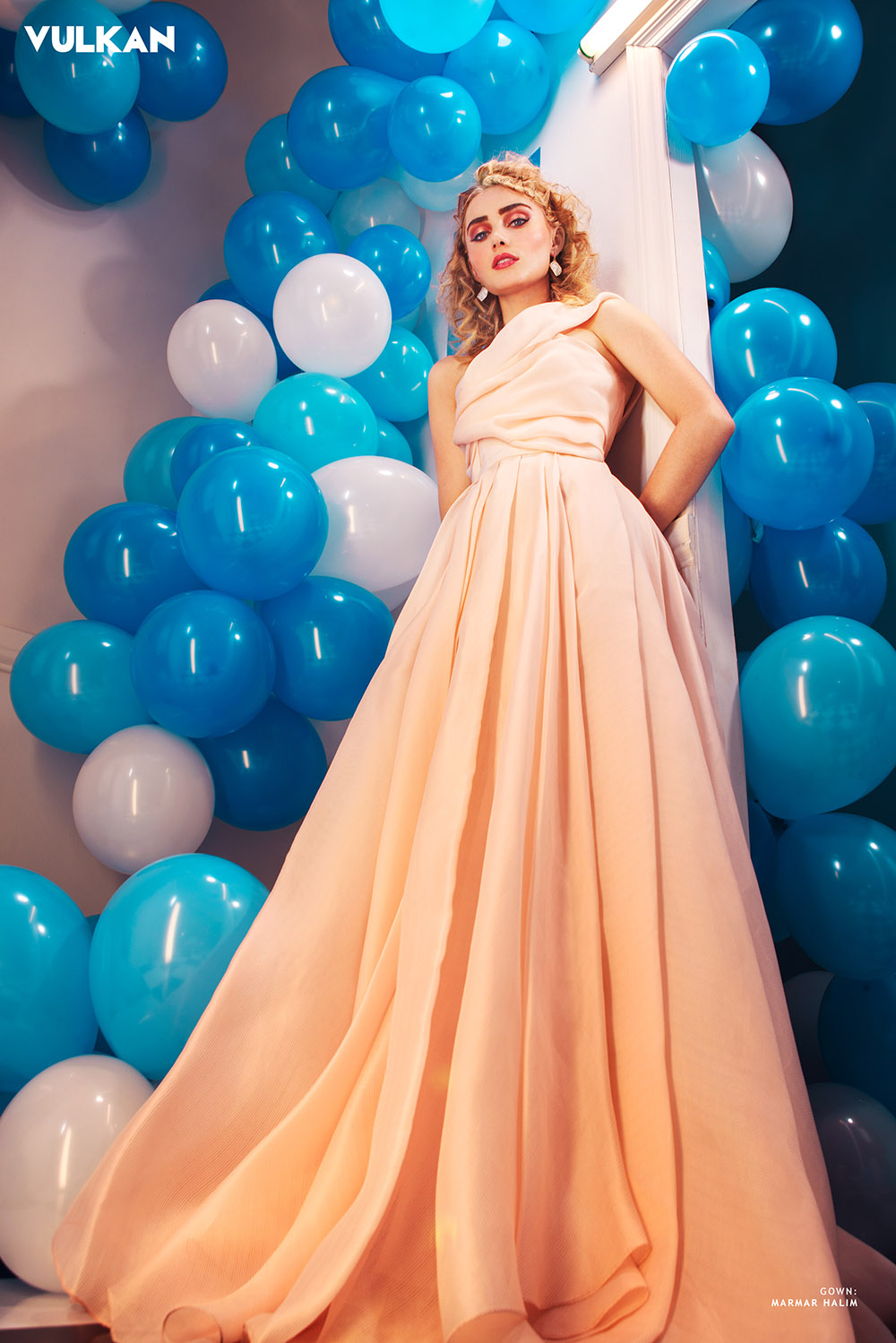 You know Meg Donnelly for her role as Taylor Otto in American Housewife and previously as Ash in Teen Toon. VULKAN caught up with Meg to chat about what it’s like to be an Otto and her upcoming appearance in the Disney Channel Original Movie Zombies.

Most people know you these days as Taylor Otto in American Housewife. How does your life as an Otto compare to the way you grew up?
Taylor and I grew up in loving, tight knit, supportive families. While there are disagreements, they are settled with respect for one another. Like the Otto’s, my mom and dad always seem to get the last word. I am an only child, so that is a big difference from growing up as an Otto. I have more focused time than Taylor has with her parents, since I’m the only child. I have been very lucky in that way.

What do you think is viewers biggest misconception about Taylor?
That she is dumb. She is a bit distracted and doesn’t like school, but she is an intuitive teenage girl who is trying to find herself. She loves her family, but is trying to figure out her own identity. This struggle for independence is familiar to most teenagers, including myself.

You started training in voice and dance as well as theatre when you were very young. Do you have aspirations to take part in Broadway?
Yes! When I was 8 years old, my parents took me to see ‘Rent’. Afterwards, I was obsessed with the character ‘Mimi’. I remember listening to the soundtrack over and over, dreaming I was ‘Mimi” in front of a Broadway audience. Although I would love the chance to play ‘Mimi’, now after ‘Hamilton’ hitting the stage, I also have my sights on the role of ‘Eliza’. The thought of performing ‘Burn’ on stage… in front a live audience! Like c’mon!

What is one thing you’ve learned from your castmates over the last two seasons? We are one big family. I have learned so much from Katy Mixon and Diedrich Bader. They have been so gracious with their time, advice and coaching tips about both acting and life in general. They remind me to be prepared, but to not overthink the scene. Most importantly, we have a LOT of laughs together, both with the cast and crew.

What is one situation you’d like to see the Otto’s tackle in the future?
A dream sequence where the entire cast sings and dances!

You’ll be appearing in Disney’s Zombies this year. What attracted you to that role? It’s a musical! My dream since I was little was to be in a Disney Channel Original Movie. I was obsessed with ‘High School Musical’. Once I got to know more about the character ‘Addison,’ I immediately wanted to play her. I adored how she stands up to intolerance. She has an amazing character arc. It was a story that I wanted to be part of, especially with everything happening today. It is so important that we all embrace diversity and one other.

What can you tell us about Addison?
Addison is a brave cheerleader with an optimistic look on life. She is starting high school and is looking to “fit in” with the crowd, based on what she was taught as a child. However, she soon realizes she cannot simply accept what others tell her. The message that we all need is to accept people for who they are, not based on where they are from, what they look like, or what others tell you about them really resonates.

The film industry and the way we consume media is ever changing. What is your preferred way to catch a series or film these days?
I love to go to the cinema to watch a movie with my family and friends. There is nothing like getting your popcorn and sitting in the theater waiting for the movie to start! Then of course, after the movie, you have to discuss. I try to catch TV shows as they premiere, but I am so busy. As a result, I watch many series online or I set the DVR.

What is the biggest perk you feel you get as an actress?
I get to do what I love and be around amazing people! I have met so many wonderful people that will be my close family forever.

If you weren’t acting, what do you think you’d be pursuing today?
I have always been interested in psychology. I like to help my friends/family identify what makes them happy and ‘let go’ things they cannot control. I think being a psychologist, helping people, would be a fulfilling career.

Did you make any goals for the New Year that you can share with us?
I don’t have any specific resolutions, other than continuing to seek out new experiences and meet interesting people. Being new to Los Angeles (I am from New York City) has opened up many new opportunities for which I am grateful. I am hoping that Disney fans love ‘Zombies’ (out on February 16th) as much as I did making it. I wish continued success for ‘American Housewife’ and I’d like to focus a bit more on my music this year. But most of all, I will make sure I stay true and supportive of my family and friends.

What shows are you crazy about right now?
There are so many good shows! What I am watching now is ‘Black Mirror,’ ‘A Place To Call Home,’ ‘New Girl,’ ‘Andi Mack,’ ‘SpongeBob Squarepants’ (every day) and of course, ‘American Housewife’!

If you could work with anybody in Hollywood this year, who do you choose?
Hard to choose, but Daisey Ridley and John Boyega come to front of mind. I would love to be part of an action/superhero movie with a strong female role. Honestly, I would be so grateful and blessed to be part of a project with any of the talented actors and actresses in Hollywood.