You’ve seen the billboards, you’ve seen the trailer and soon you’ll see Iyana Hal- ley in the upcoming thriller THE BEAST. Iyana, the experienced actress tells us about how it was to film THE BEAST alongside award-winning actors Idris Elba and Sharlto Copley and get into the mindset of the teenage character of Mere (Meredith Samuels) as they deal with the turmoil that is THE BEAST. Let’s see if Iyana’s character makes it out alive! 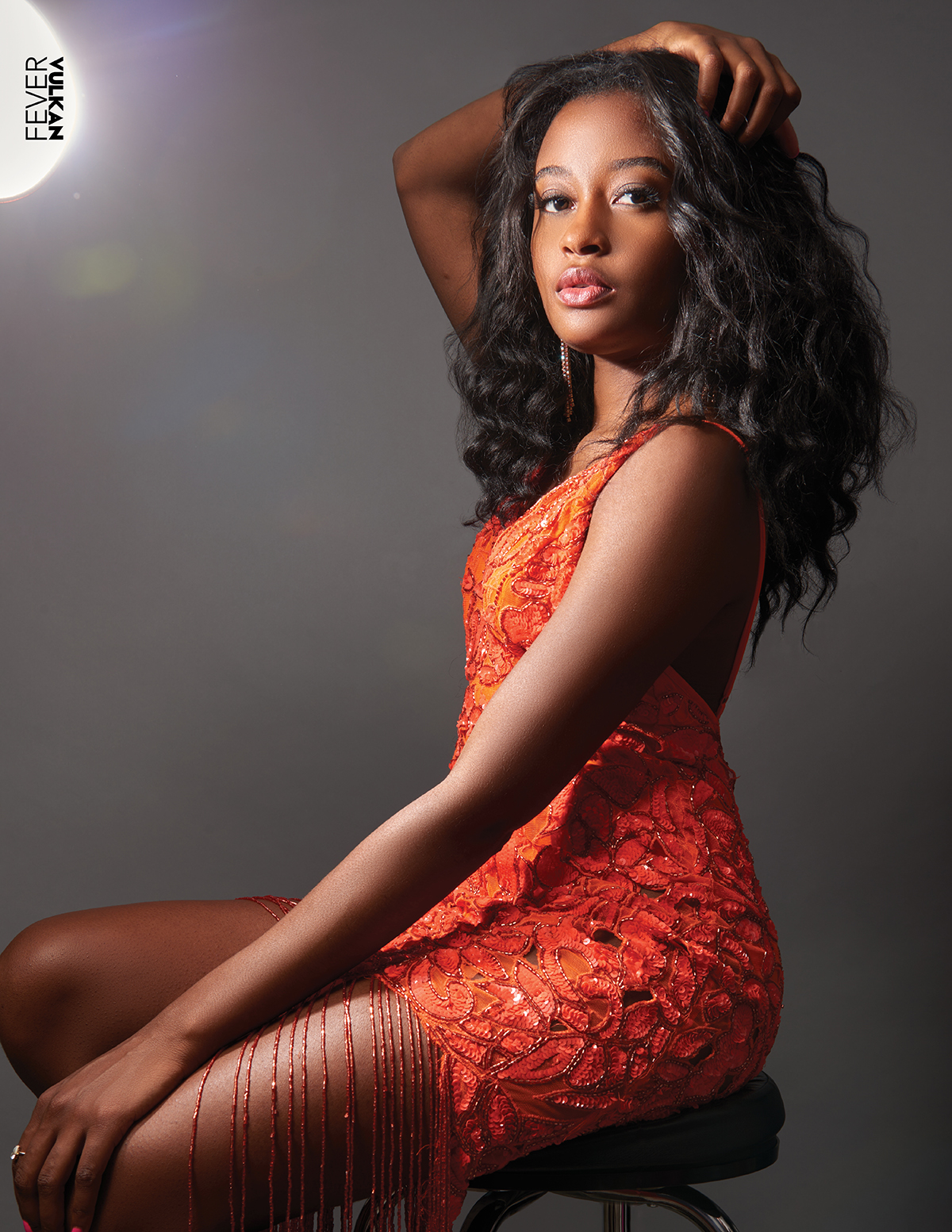 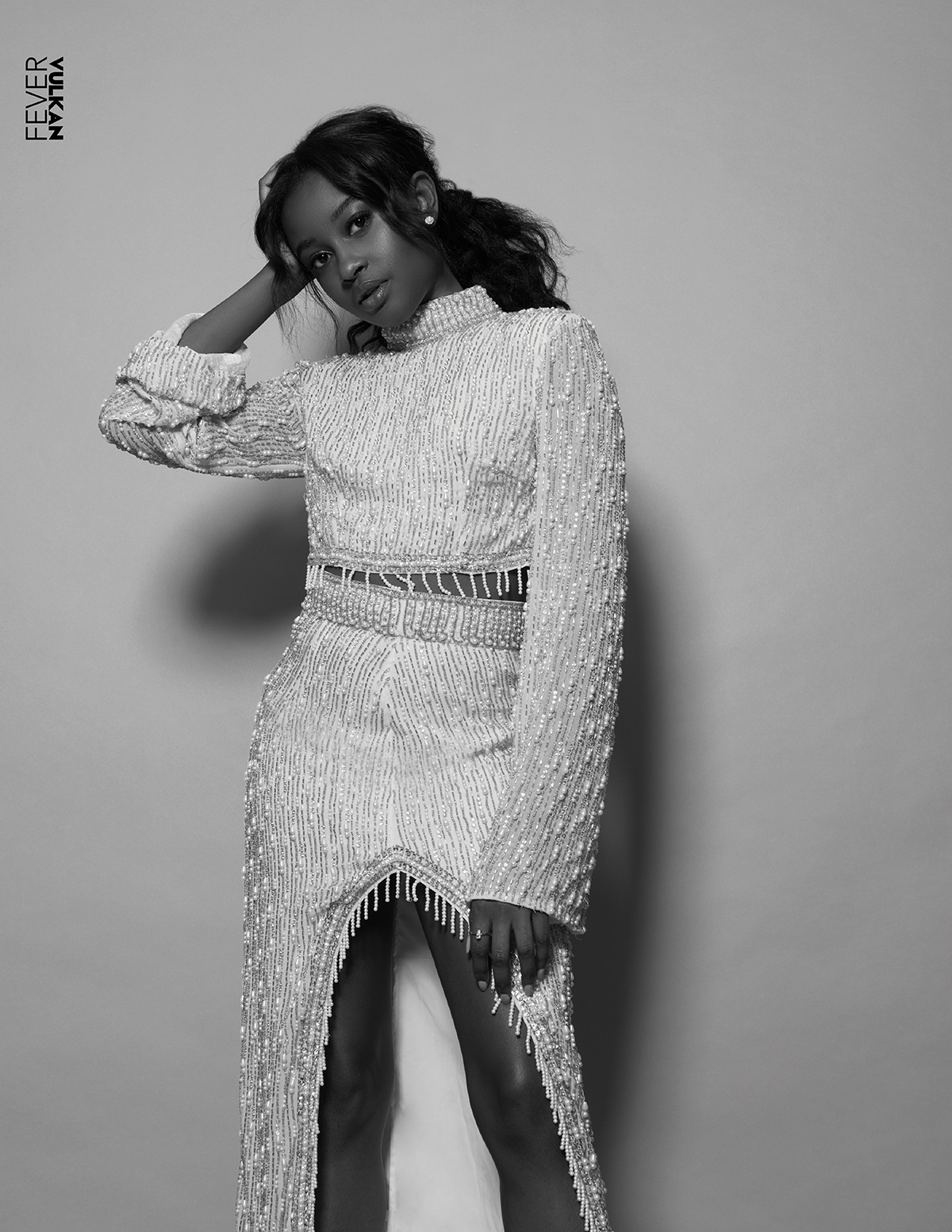 Tell us about how acting became an import- ant part of your life and where it all began.

Acting is my true passion! I’ve always loved playing dress up and being the kid with a very bright imagination. With my childhood friends, I would create games for us where we’d pretend to be differ- ent people. When I was a teenager, my parents enrolled me in acting classes and that’s when I really fell in love with the craft. When I’m acting, I feel like a child version of myself where I get to dive into many different worlds and characters. I always make sure I really connect with the story I am telling and make it as au- thentic as possible. Not many people real- ize this, but acting is very therapeutic for me. With every project I start by finding some of my own personal truths to make a role or character as honest as possible. The craft of acting is not the easiest job in the world, but it’s so worth it. I can see myself at 95 and still getting to play dress-up on the silver screen! I often say that five-year-old Iyana would think the Iyana today is so cool. I’m really living out my dreams — and this is only the beginning. The opportunity to work with so many tal- ented actors, directors, and producers is so exciting and I always look forward to seeing what magic we can create together!

Let’s talk about the action thriller movie “Beast”. Tell us about your role and what attracted you to this role.

Beast is going to blow so many people’s minds and I am so ready for the world to see it! I play the role of ‘Mare’ who is the daughter of Nate (Idris Elba). Mare is a teenager with a lot going on: dealing with the passing of her mom, navigating through the ups and downs of family life, and then of course being forced to deal with every- thing that will happen on this family trip to Africa. Mare is really just trying to learn about herself and throughout the film you will get to see that journey. I think, like Mare, we all want things to be okay no matter what life throws at us. When I first read the lines for the audition, I was imme- diately interested. It was very suspenseful and I feel like this story hasn’t really been told exactly like this — especially not with a black family. I also knew that it was a Will Packer production, who is someone I’ve always dreamed of working with. I could tell that this specific role would have a lot of layers. I remember taping my audition where I truly felt a real connection to this project. Once I went through the audition rounds, I just kept praying on it because I knew this role was different from all my other ones. Not only would I be co-leading this film with some heavy hitters and work– ing with amazing producers, I had always wanted to do an action film. I knew we would be shooting in Africa and that this movie would be everything. I cried when I found out that I booked it. Dreams really do come true..

Are you drawn towards drama or comedy?

That’s a hard one for me as I love the craft so much and I am happy to do both. I love a good drama that can warm my heart and get my emotions going, but I also love a good comedy that would have me laughing out of my seat! It’s so hard to just pick one, but if I must, I’d go with drama.

If you have to be someone for a day who will it be and why?

I would be Beyonce… her looks, her style and her talent and ability to build such an incredible empire blows me away and after all who wouldn’t mind being able to sing and dance like her for at least a day?!

I am an Aquarius! As I like to think of it, the best sign ever! I am so into zodiac signs and really can tell a lot about peo- ple most of the time based on their sign. Some pros of Aquarius are creativity, being hardworking, persistent, and good-heart- ed, and knowing what we want. Of course, I cannot speak for ALL Aquarians, but I do find this true about most. Cons about Aquarius? I can’t think of many ;)! But I think one could be that most of us are so free-spirited. I think some people could sometimes see that as NOT being a good thing but I think it is. I compare myself to butterflies. Free and on the go. Catch me while you can!

What is your dream come through?

My dream would be to live a very success- ful blessed life with an amazing career, health, and wealth. My family is also very special to me so I want to be able to help them in whatever ways I can. I am very big on giving back so with me becoming more successful I want to be sure I am a blessing to others as well. I want people to be able to look at me and really be in- spired and motivated to keep going.