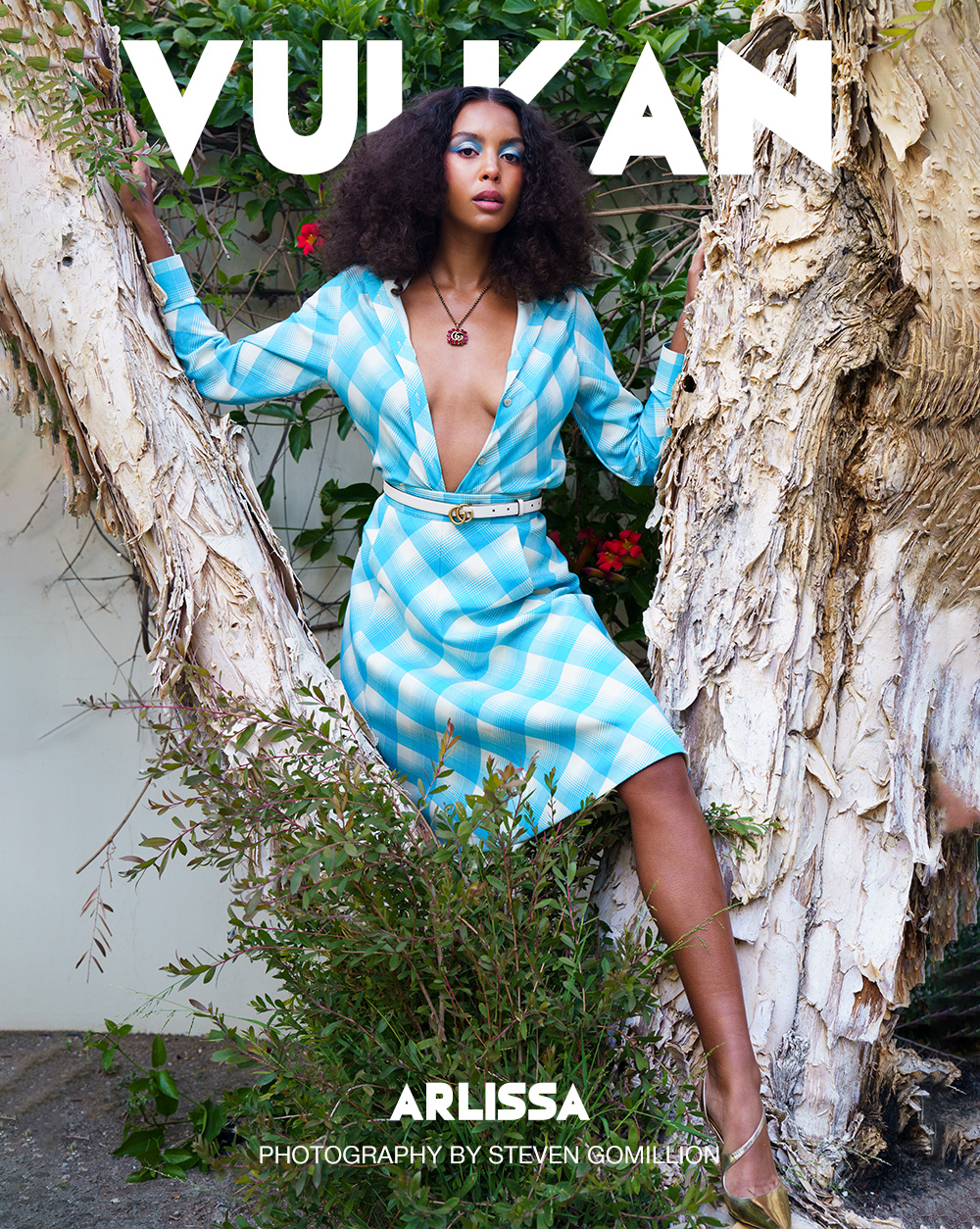 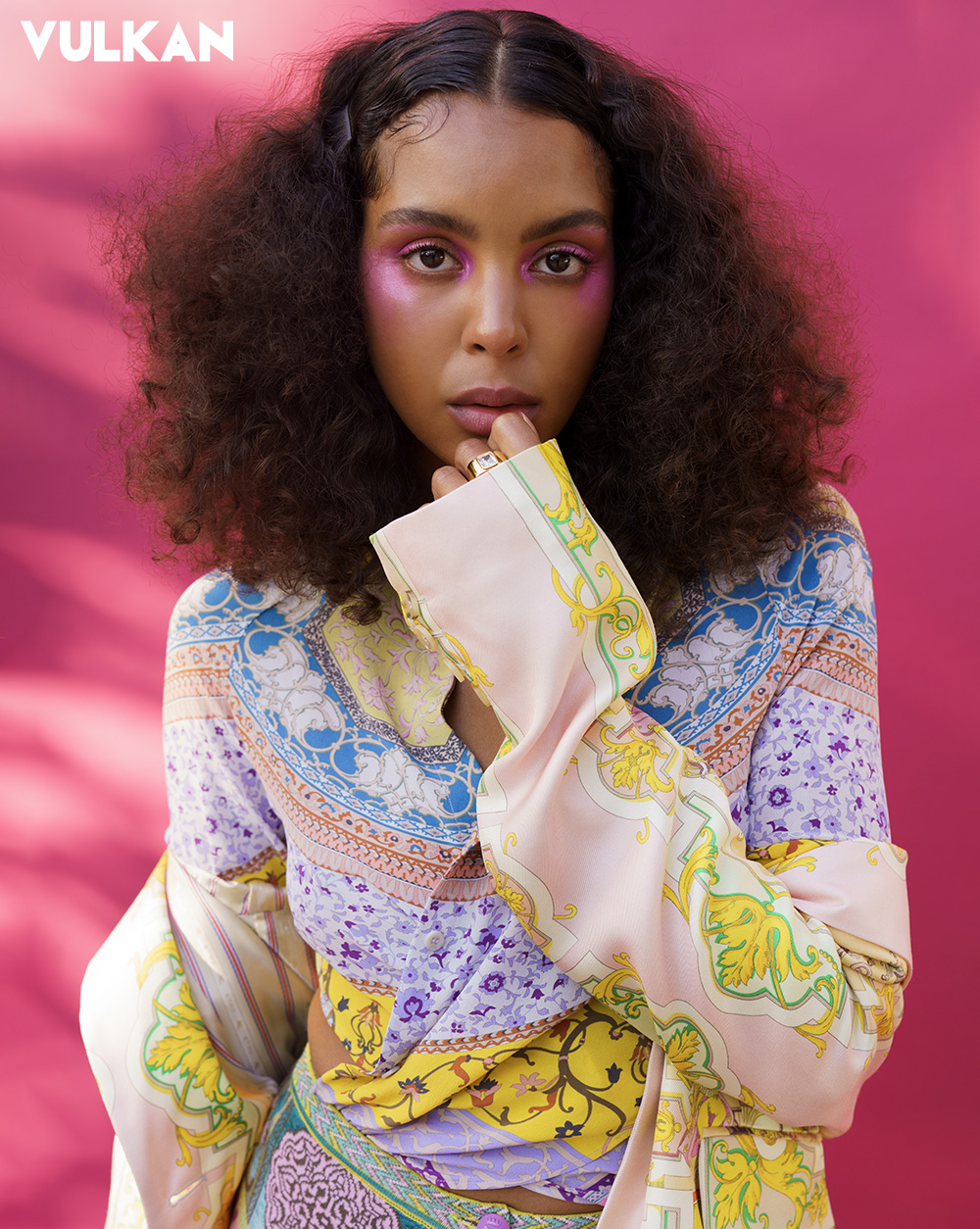 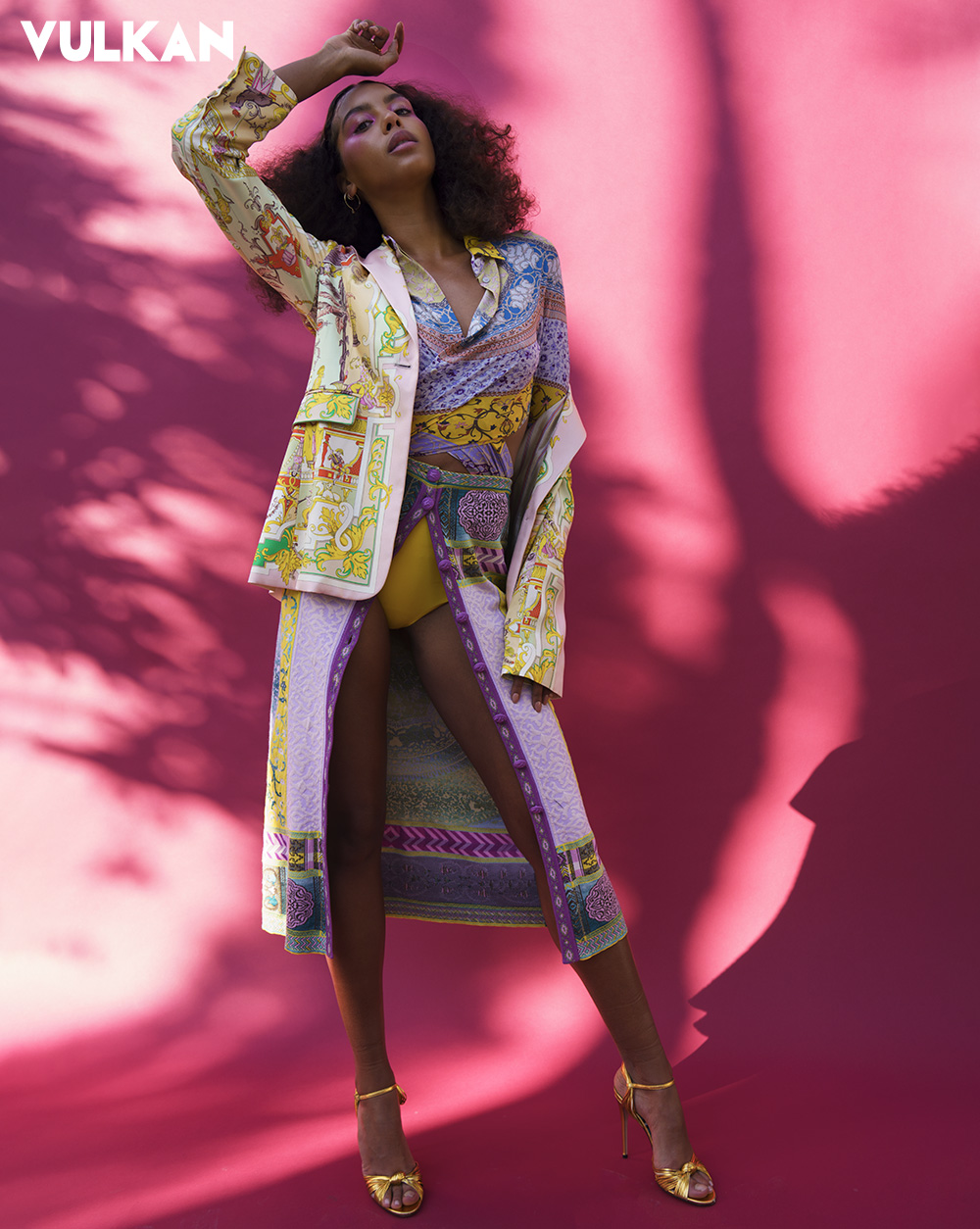 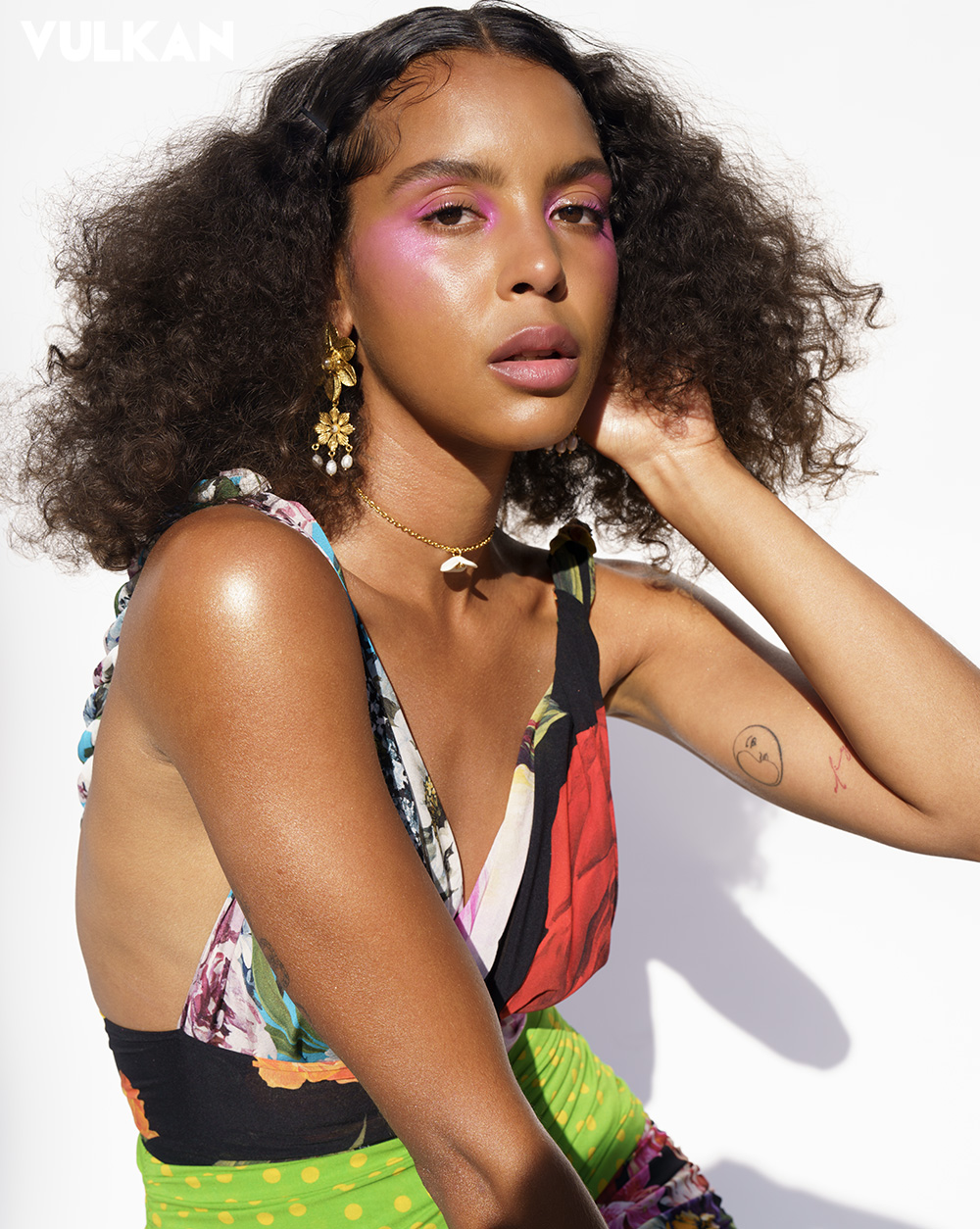 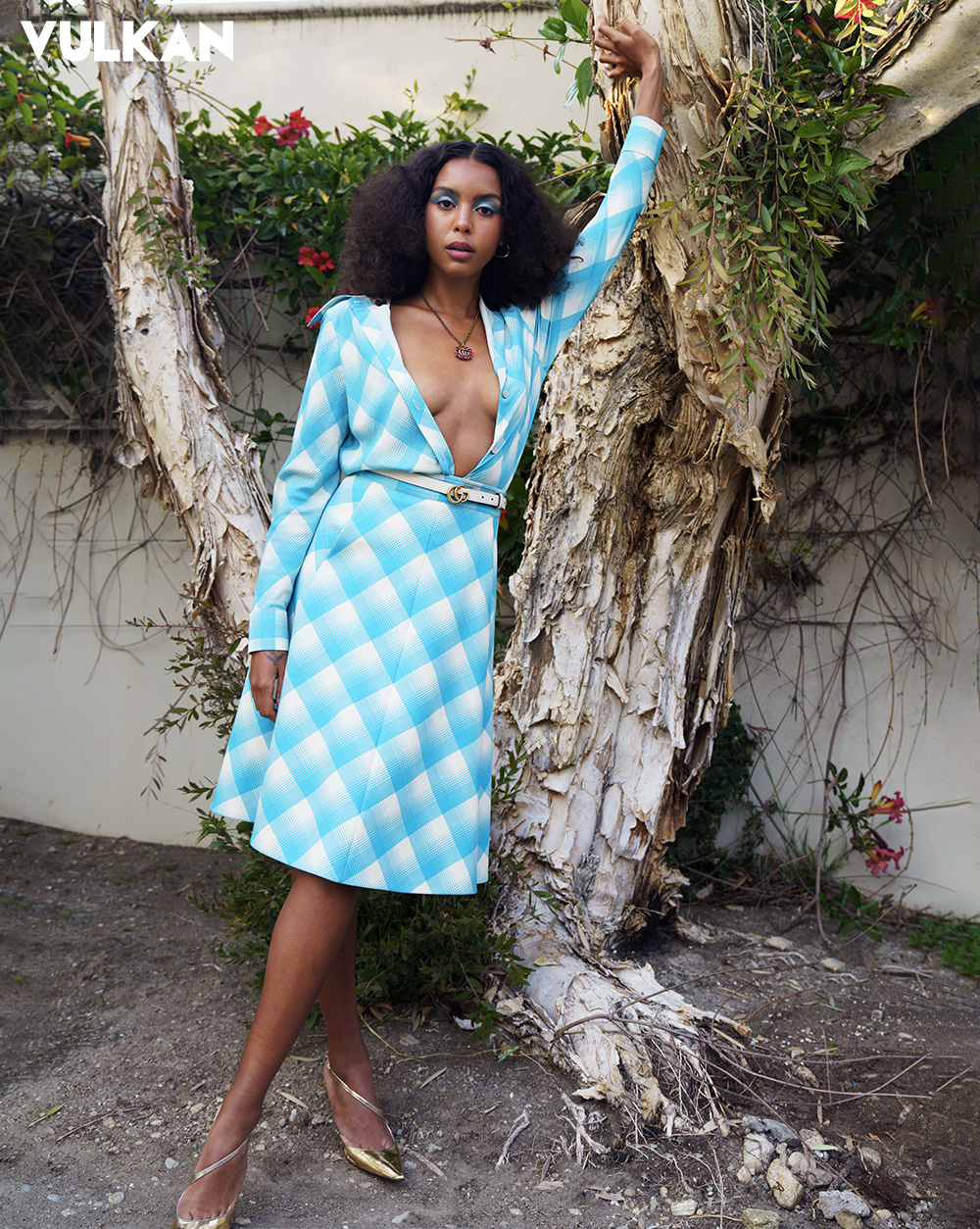 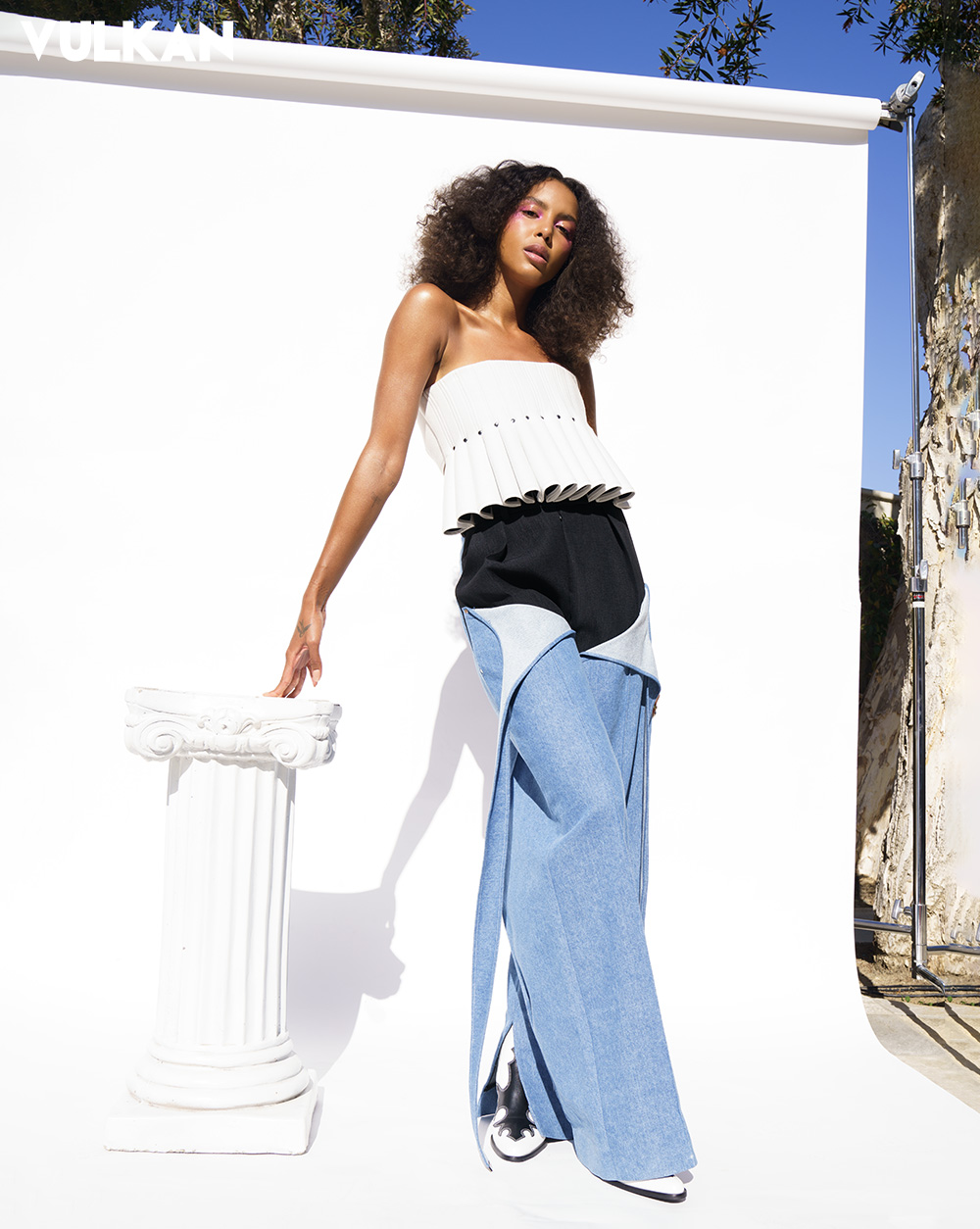 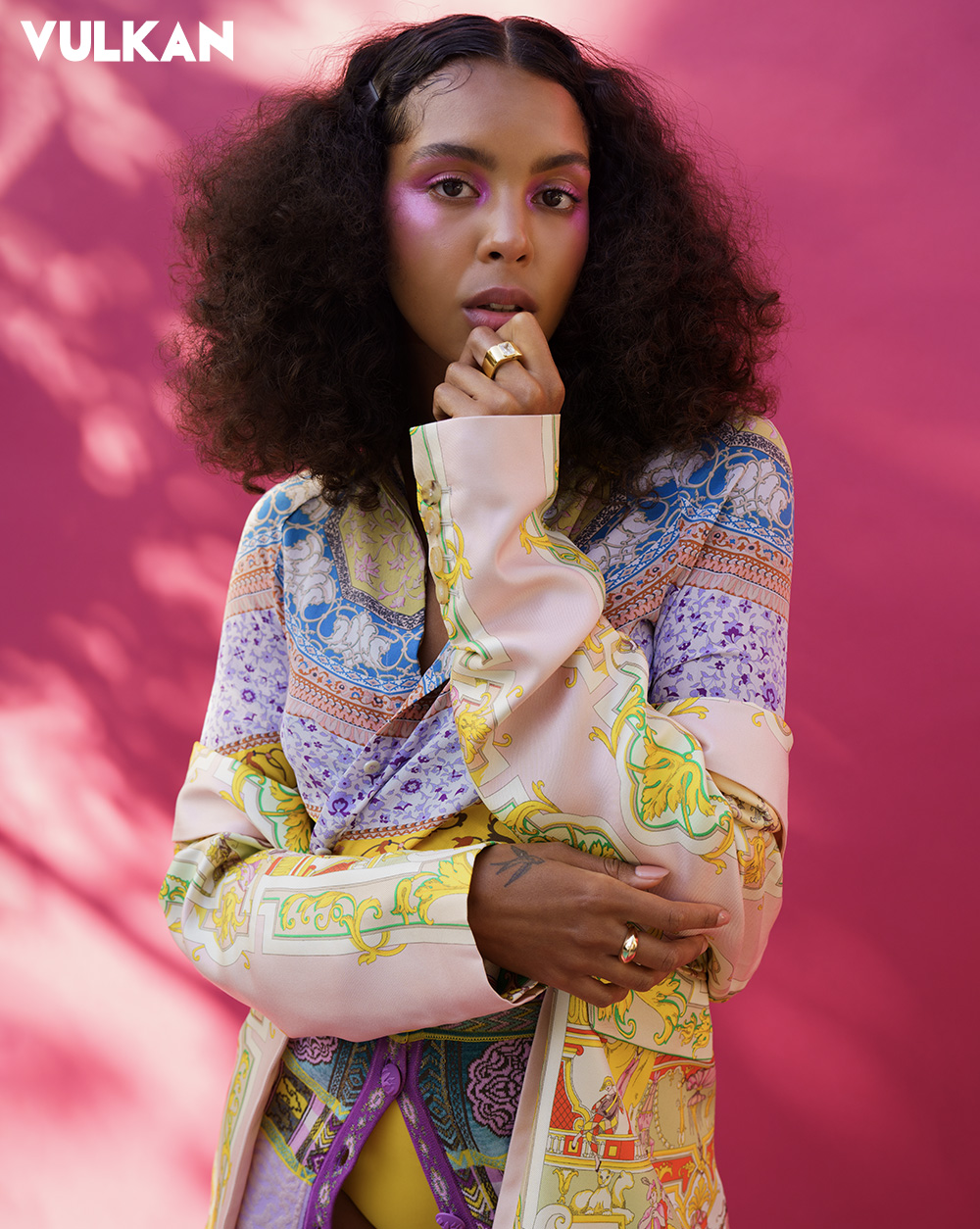 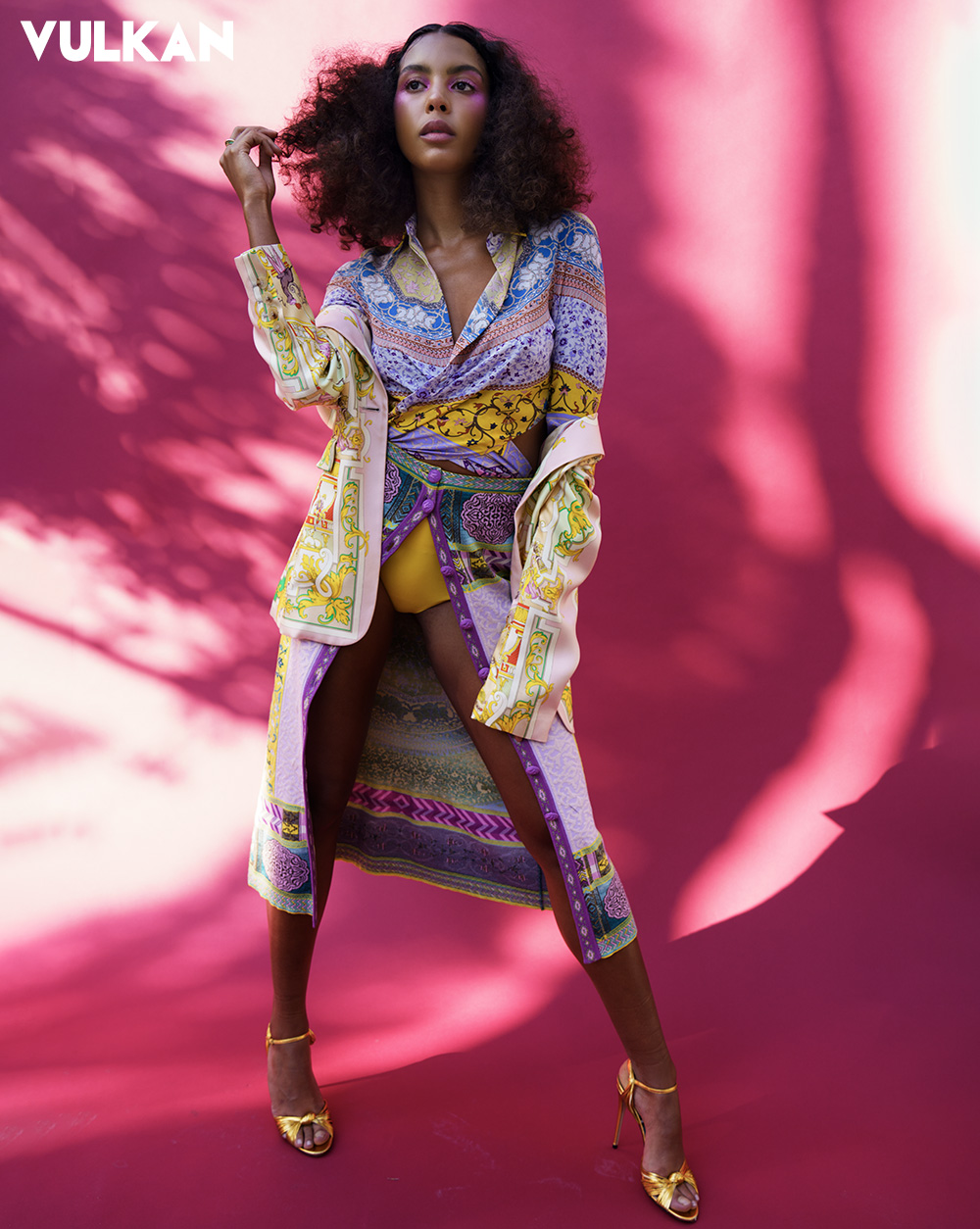 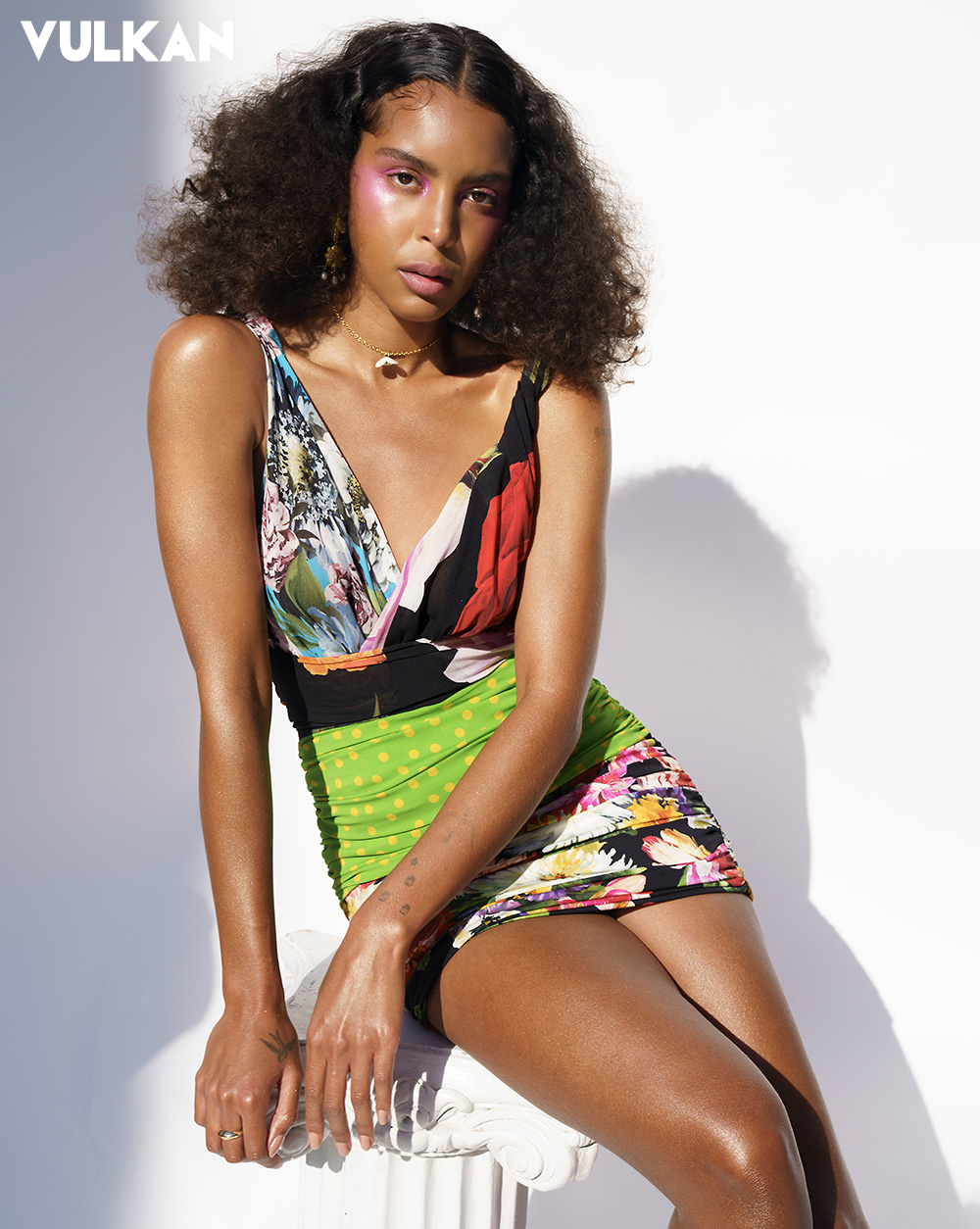 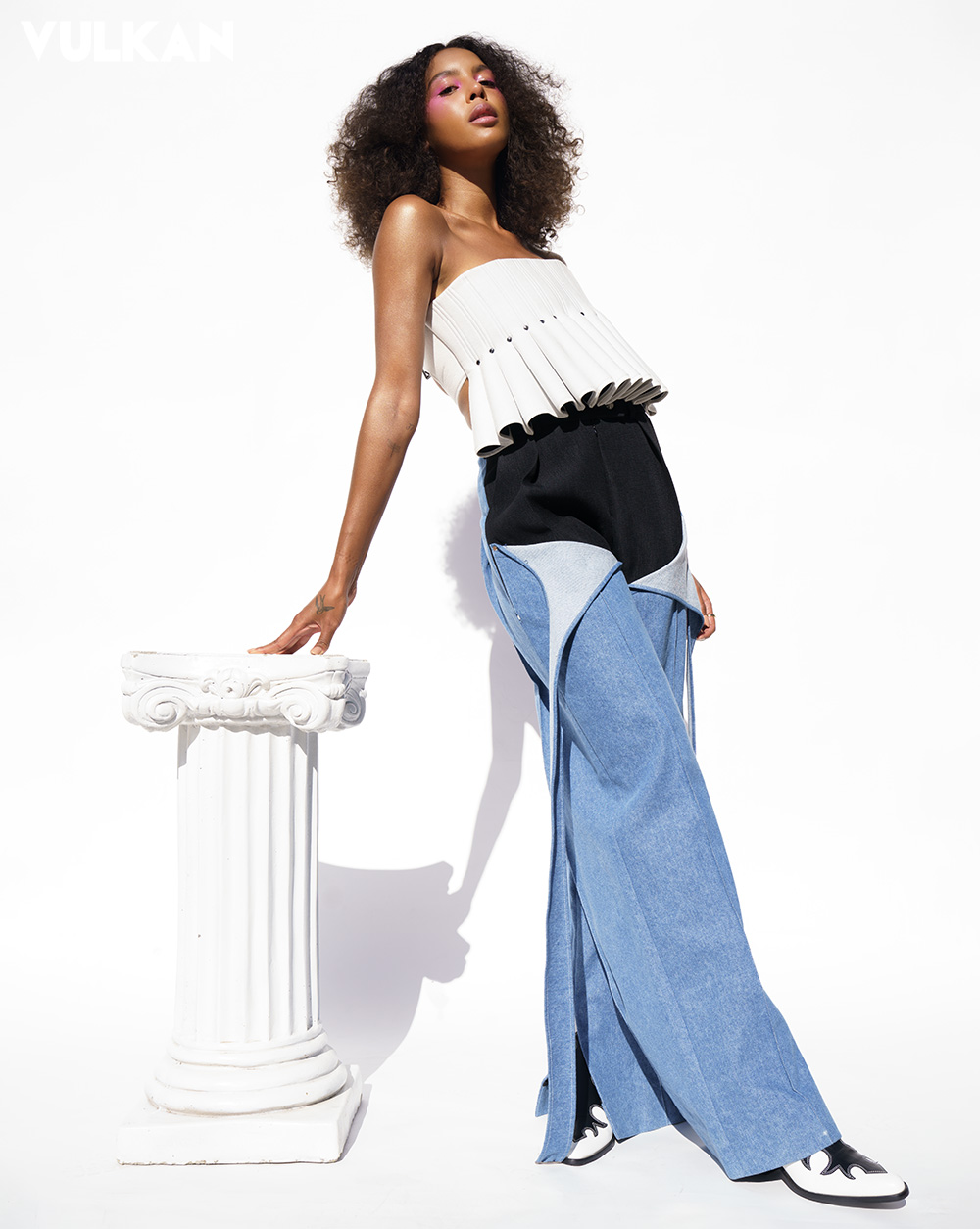 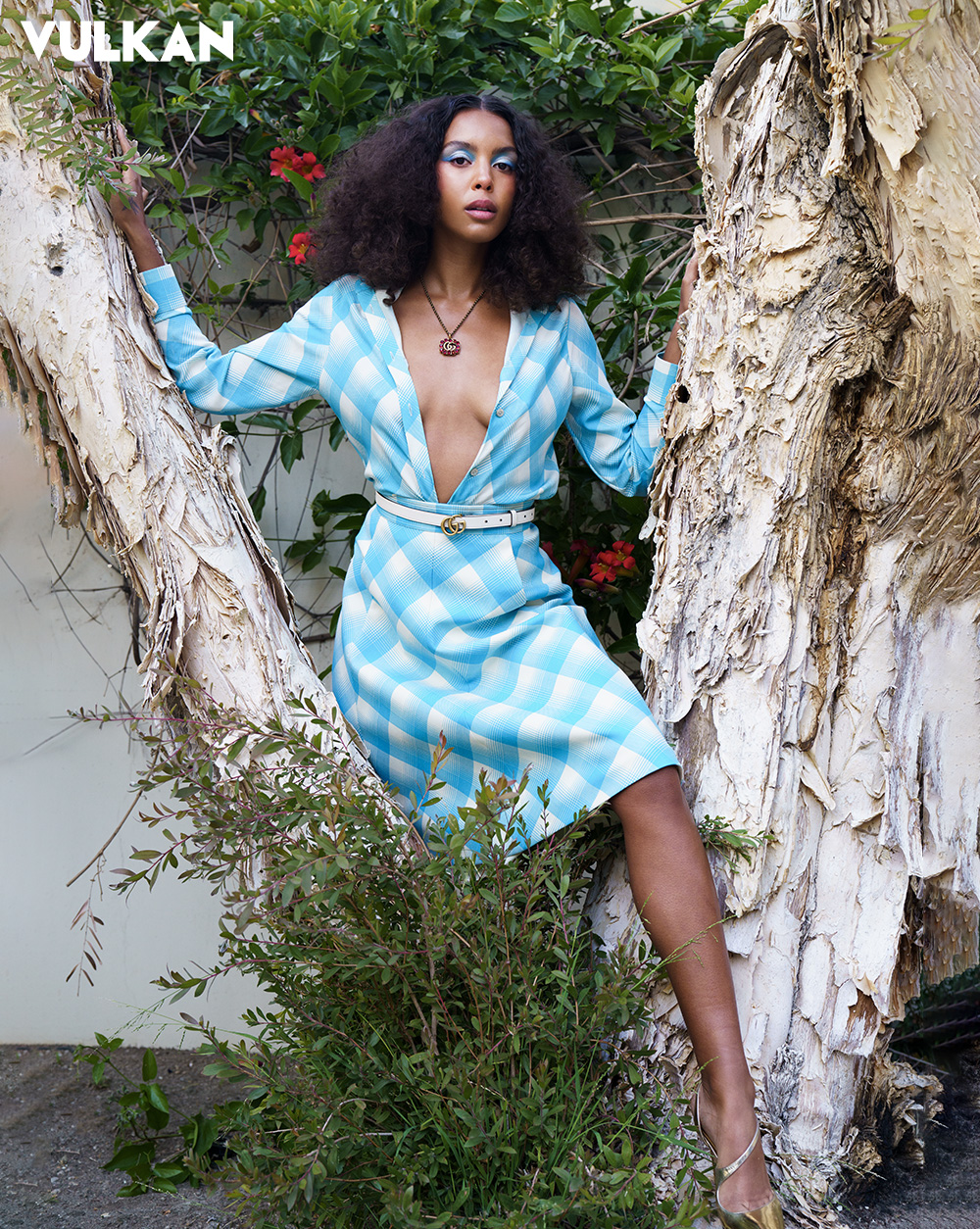 Arlissa: Finding The Light Within

“I definitely had a woah moment when I found out Nas wanted to feature on a song I had written,” shared the beautiful singer, Arlissa. It was within three days of writing the song that she found herself on a plane to Los Angeles to shoot the video with him. This experience was a whirlwind in itself and at that moment, the young artist realized it was only the beginning…

You see, being a singer is everything to Arlissa. Having always wanted to let her voice roar, she never gave up on her dreams. For her, what she loves most about it is “going into a studio with an idea, a dream, even just a feeling, and leaving the studio with a full song,” she shared. From brain to paper, the creative process fills her with light, fire, and love as she brings to life the images and feelings in her head. “I call them my song babies, made with absolute love and care from the soul,” Arlissa stated with a warm heart. Her music is  her way of understanding who she is and her emotions.

Of course, with singing and songwriting comes upholding your image. Today, social media has become an essential tool in making this possbile but for Arlissa, this is the part of the job that she dreads the most…As she put it candidly, “I like to hide away a lot so it can be quite hard to put myself out there on the gram.” It’s true that social media can take up a lot of room and cause some anxiety. This constant need to be on top of it as well as release good content is overwhelming at times! Despite this, Arlissa keeps pushes forward and overcomes her personal obstacles a little more every day.

Recently, she released “Heart vs Brain,” a song that brings to life the turmoil we feel when it comes to love. Never having shared with anyone the meaning behind the song, Arlissa opened up and shared that she wrote it about a friend, “ (they dont know, this might be awkward) when they confided in me about their relationship troubles.” And what they said to her was the switch that made the lightbulb go off…They said to her, “it’s like my heart wants it but our minds completely clash.” And how true! The heart wants want it wants and many times, there is no reason behind it…it just is.

Staying true to who she is, the real meaning of beauty for Arlissa “means standing in your truth. Being unapologetically yourself. And always, always always being kind. The most beautiful people shine from within.” When you bring kindness into the equation there isn’t much we can’t do. In a world filled with pain and hardship, we must remember that we are the ones who bring the light and love. That despite the bad we may witness or encounter, we have the power to overpower it with good! Remembering to push the limiting beliefs and leave our mark in this world.

When asked what is the most rebellious thing Arlissa has done, her answer illustrated who she is as well asd her strength. “Unlearning everything society has taught me that has disconnected me from the power I hold within,” she said with passion. ”And reprogramming myself to love and honor myself and my boundaries!” This may seem hard to accomplish but when you set your mind and heart, it takes a little faith and you will rise up. Always. Sticking to who you are can seem like one of the hardest things to do yet also the most fulfilling. And deep down, we can all do it!

Growing up, Arlissa wishes she had seen “more people who liked me. It was hard to find people to look up to then.” Some of her favorite actresses include Whitney, Rosario Dawson, and Zoe Saldana but as she put it, “even then, the idea of beauty was so Eurocentric.” Grateful to be part of a generation that celebrates diversity and embracing who you are, the artist has fund comfort in who she is and her place in the world.

Now, we all have our crazy stories and Arlissa shared with us her most crazy one to date. She was on a romantic date in Paris and as she leaned in to get closer to her lovie, her hair brushed over a candle and caught on fire! “They poured a bottle of water on my head in the restaurant while two waiters and my date attacked my head to get the flames out,” she shared laughingly. Having heard that washing it with beer would strengthen her hair, Arilssa smelled of beer and ash for days after. Talk about being on fire…literally.

All in all, Arlissa reminds herself and her audience to stay true to who you are, never let anyone keep you from being your true self, and most of all believe in yourself! Believe in your passion and dreams! “If you can be kind despite all the adversities in life, you can save the world,” she ended with. A little something to think about…Life will be hard at a times. It may even feel like the bad never ends but there is a light at the end of the tunnel…it just starts within.