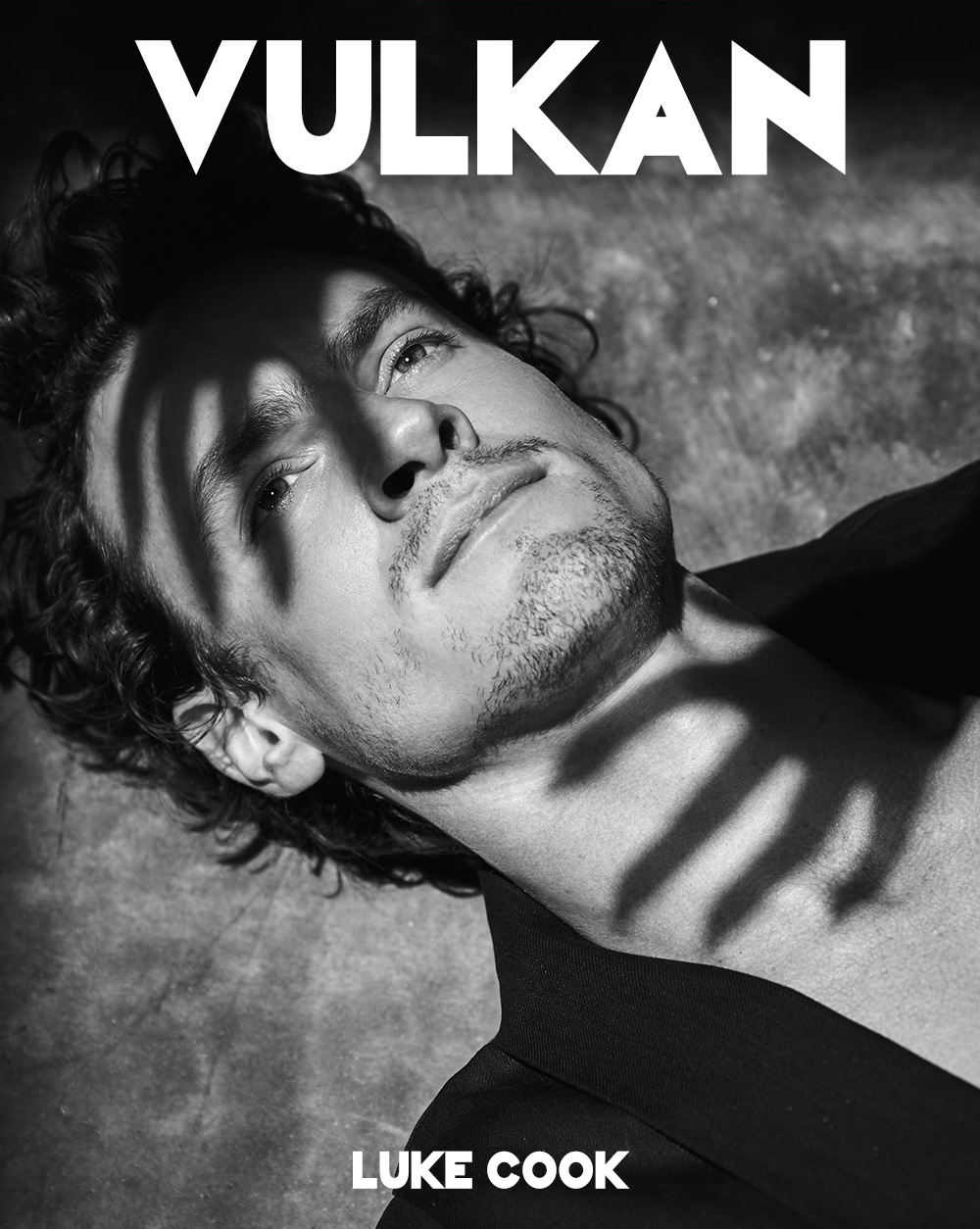 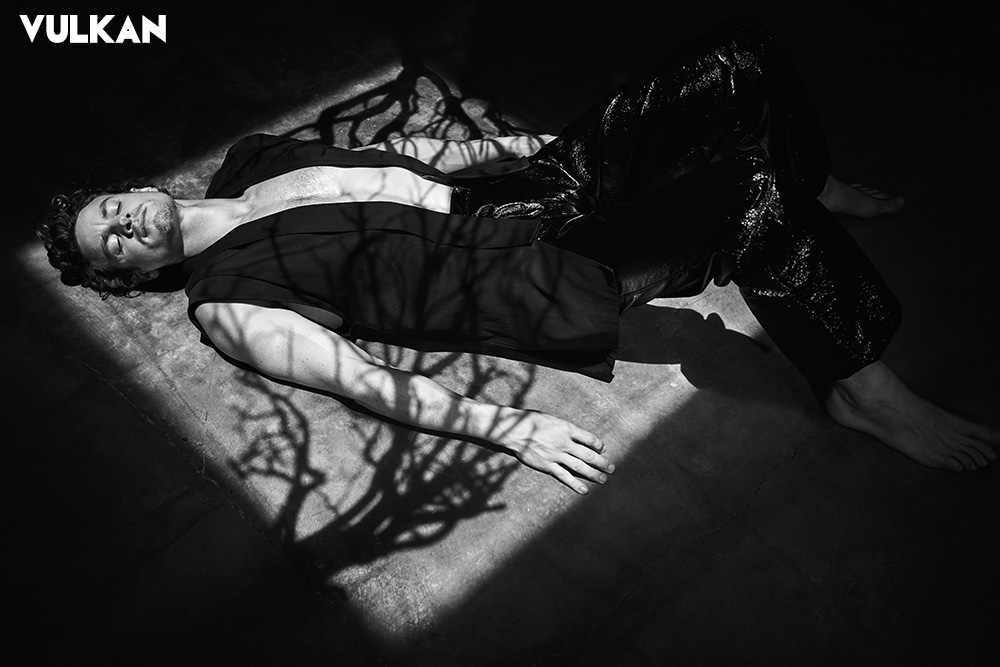 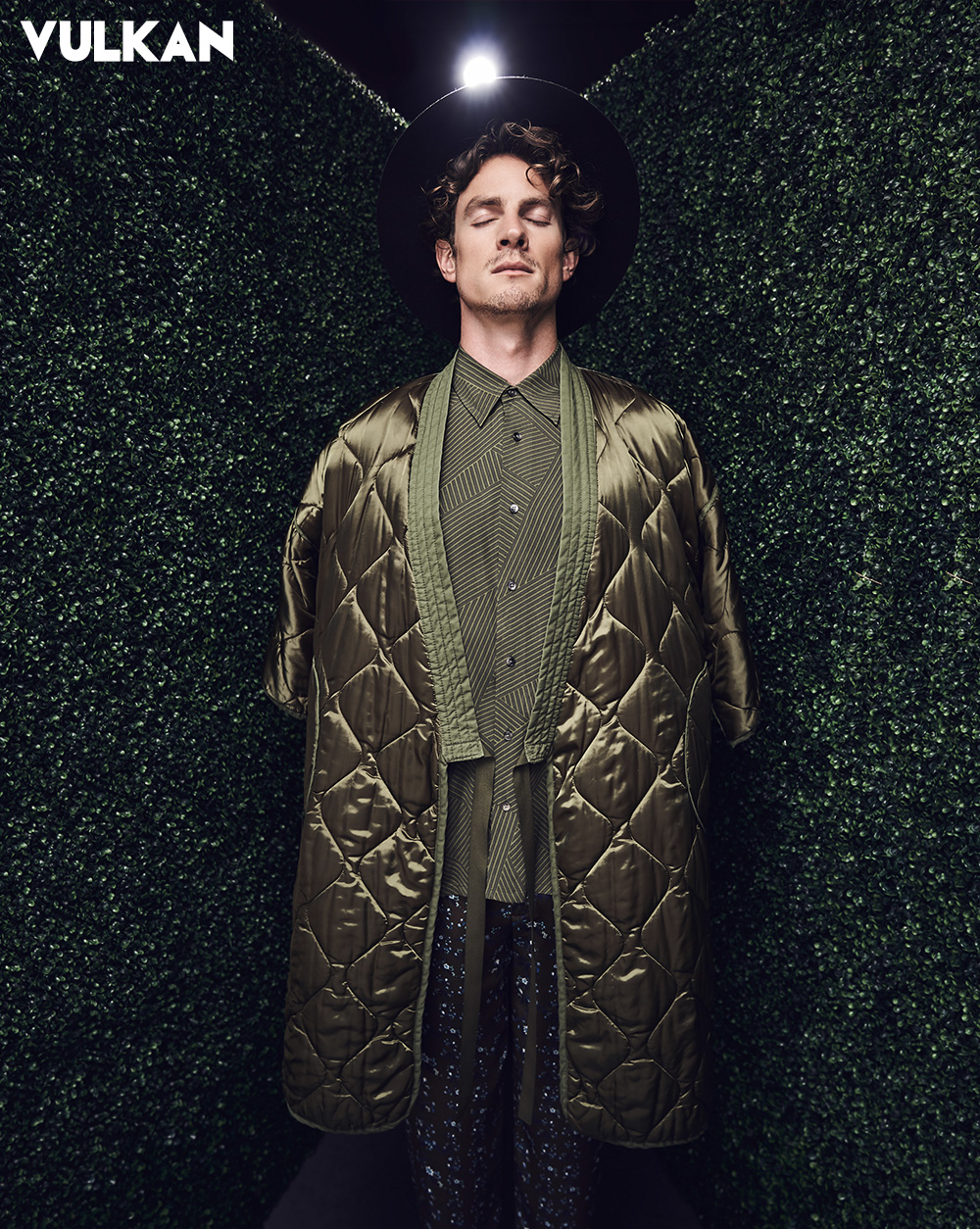 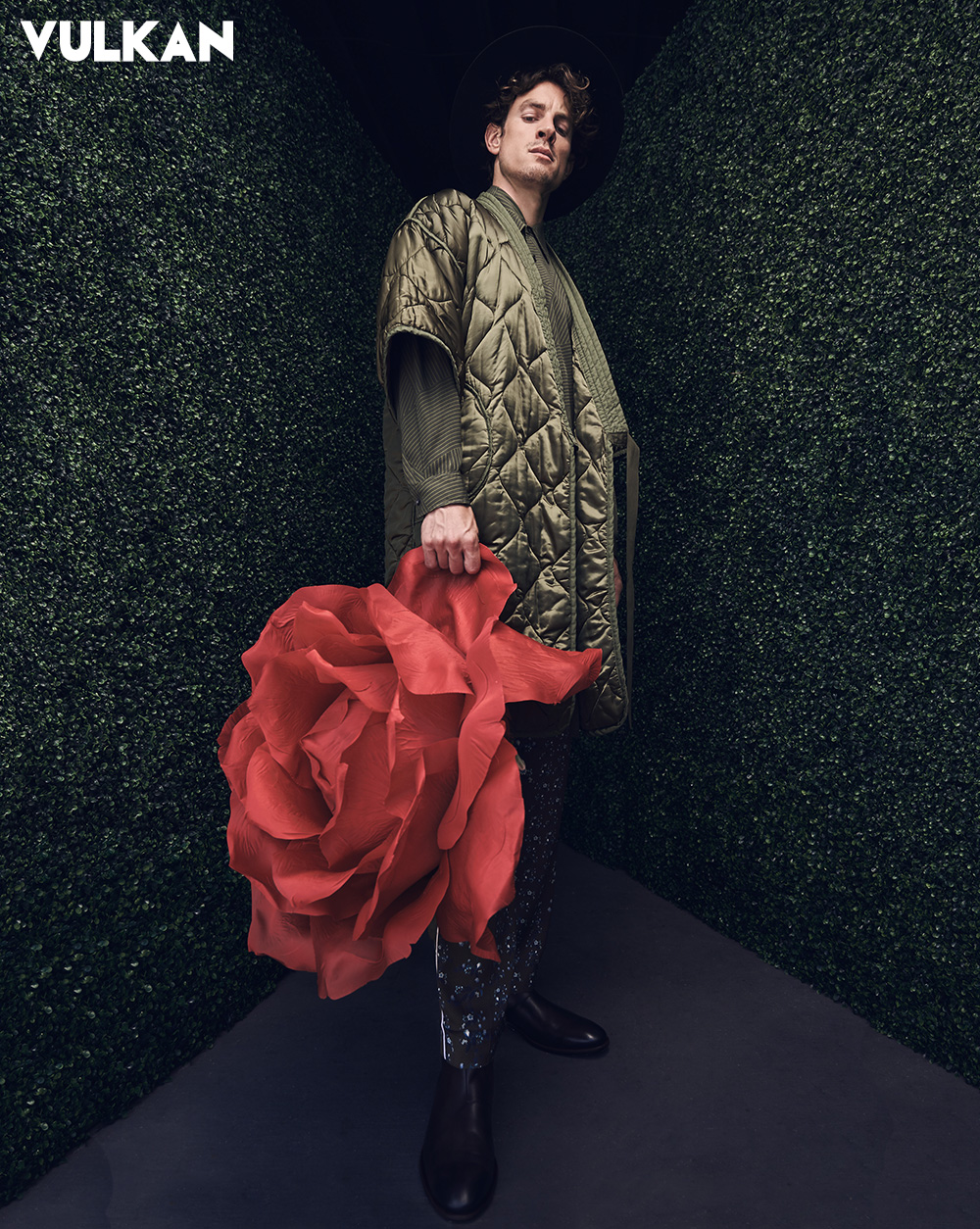 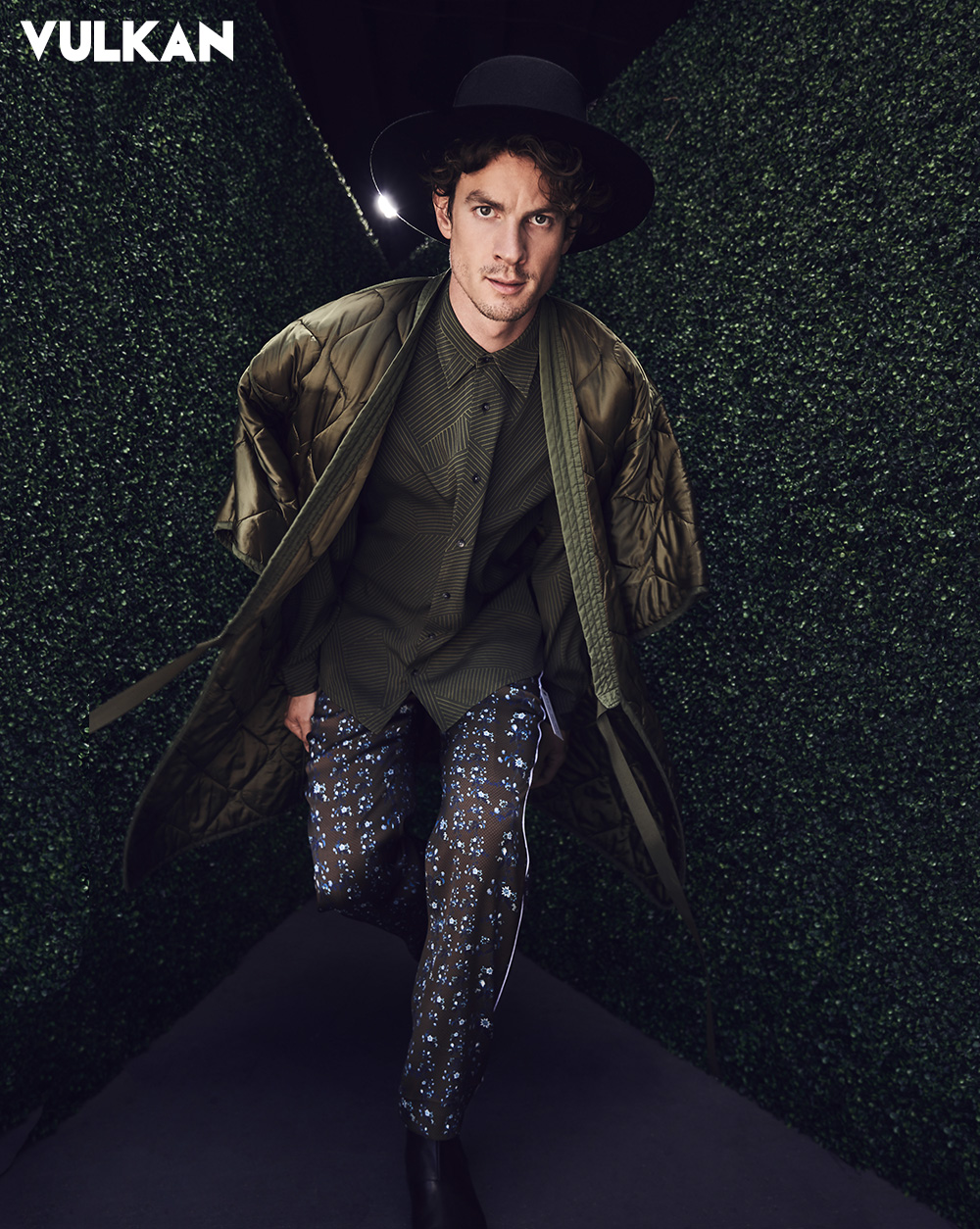 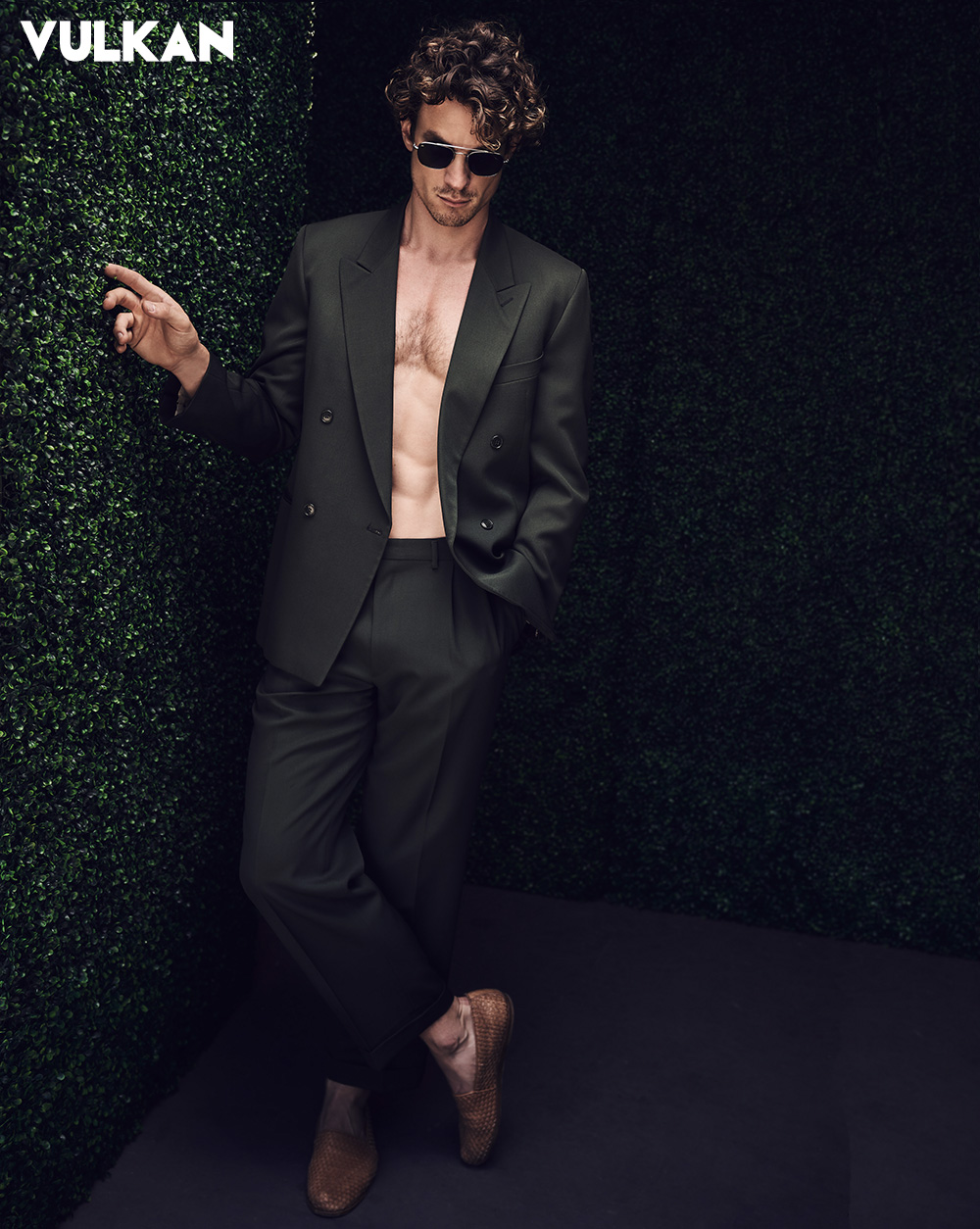 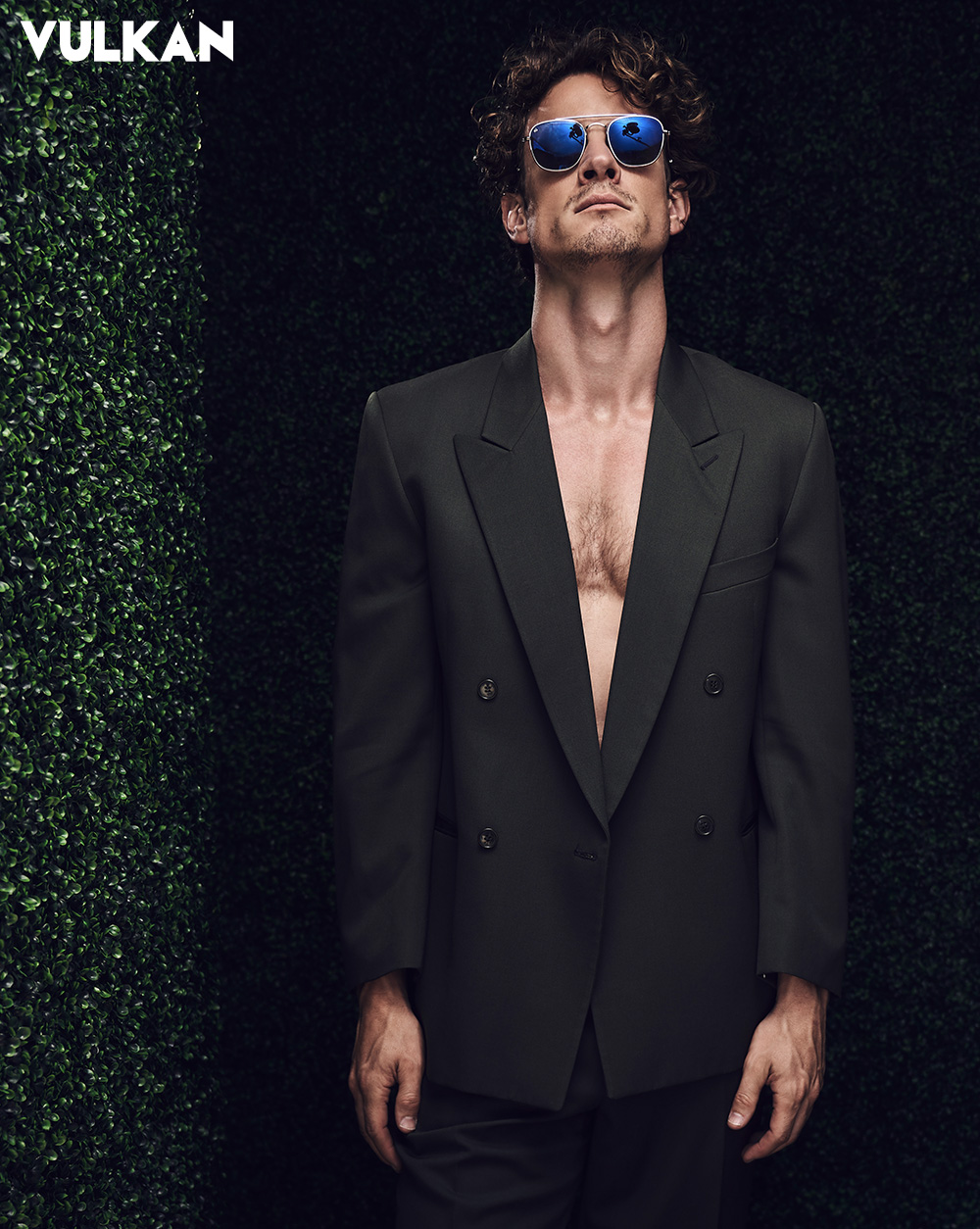 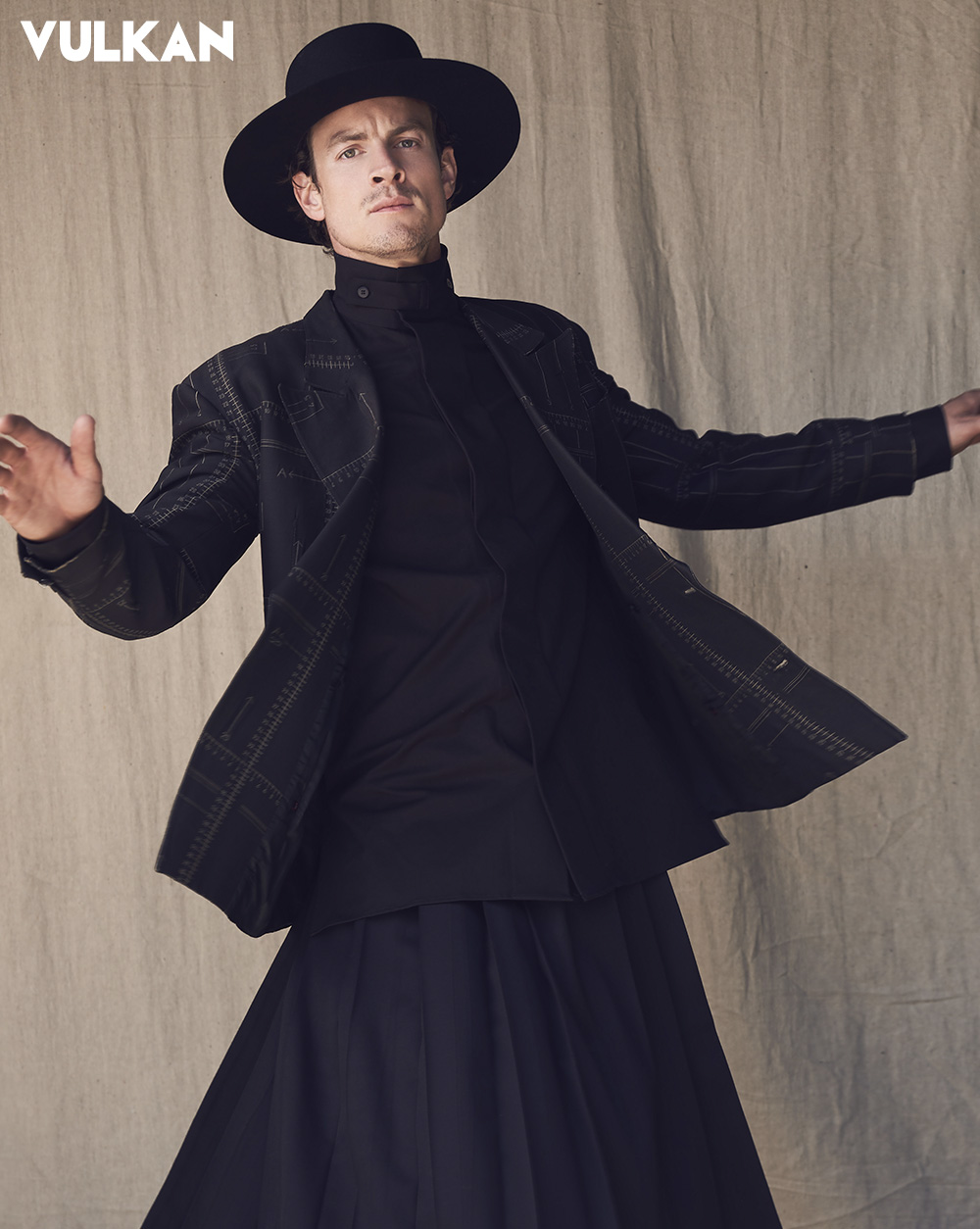 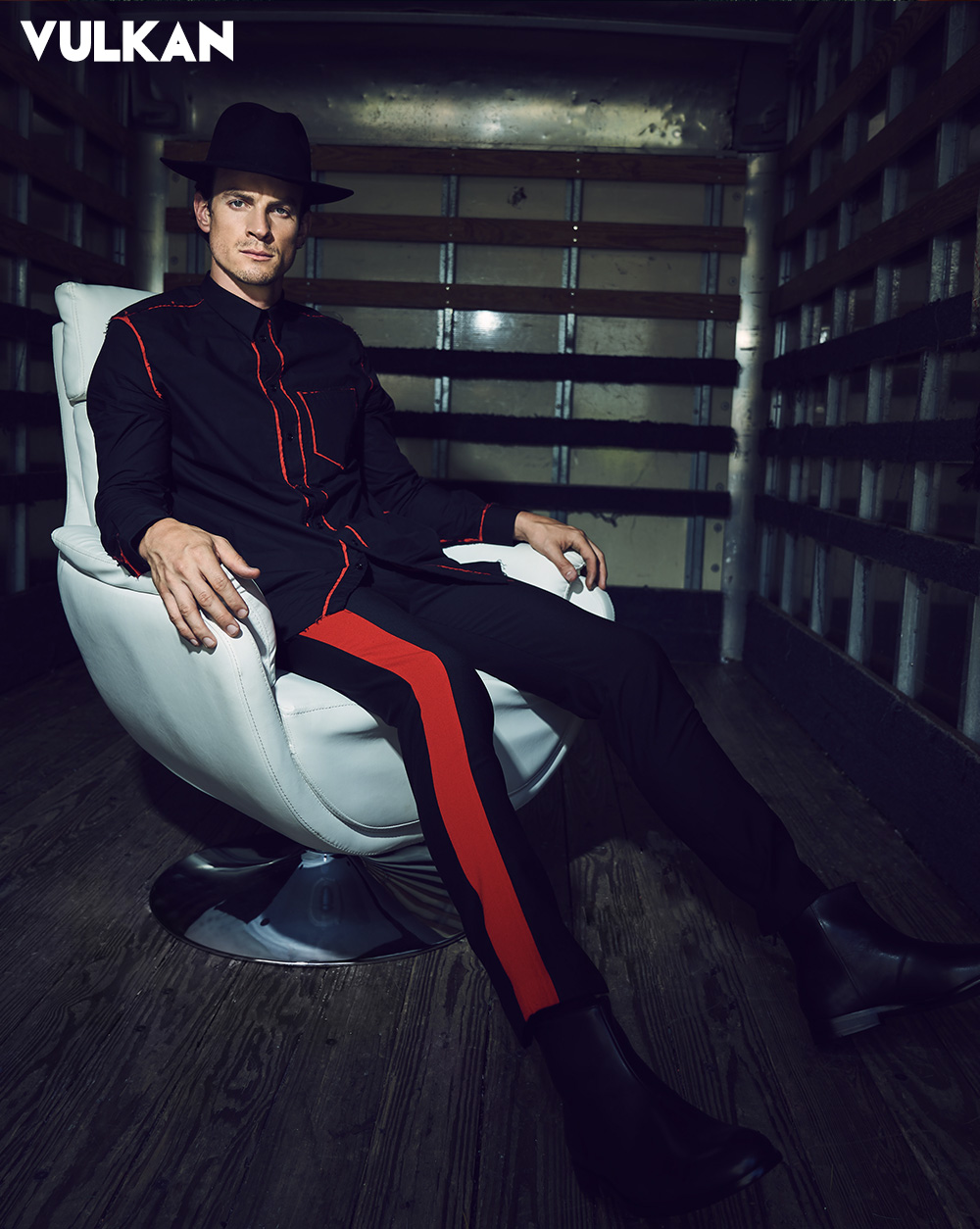 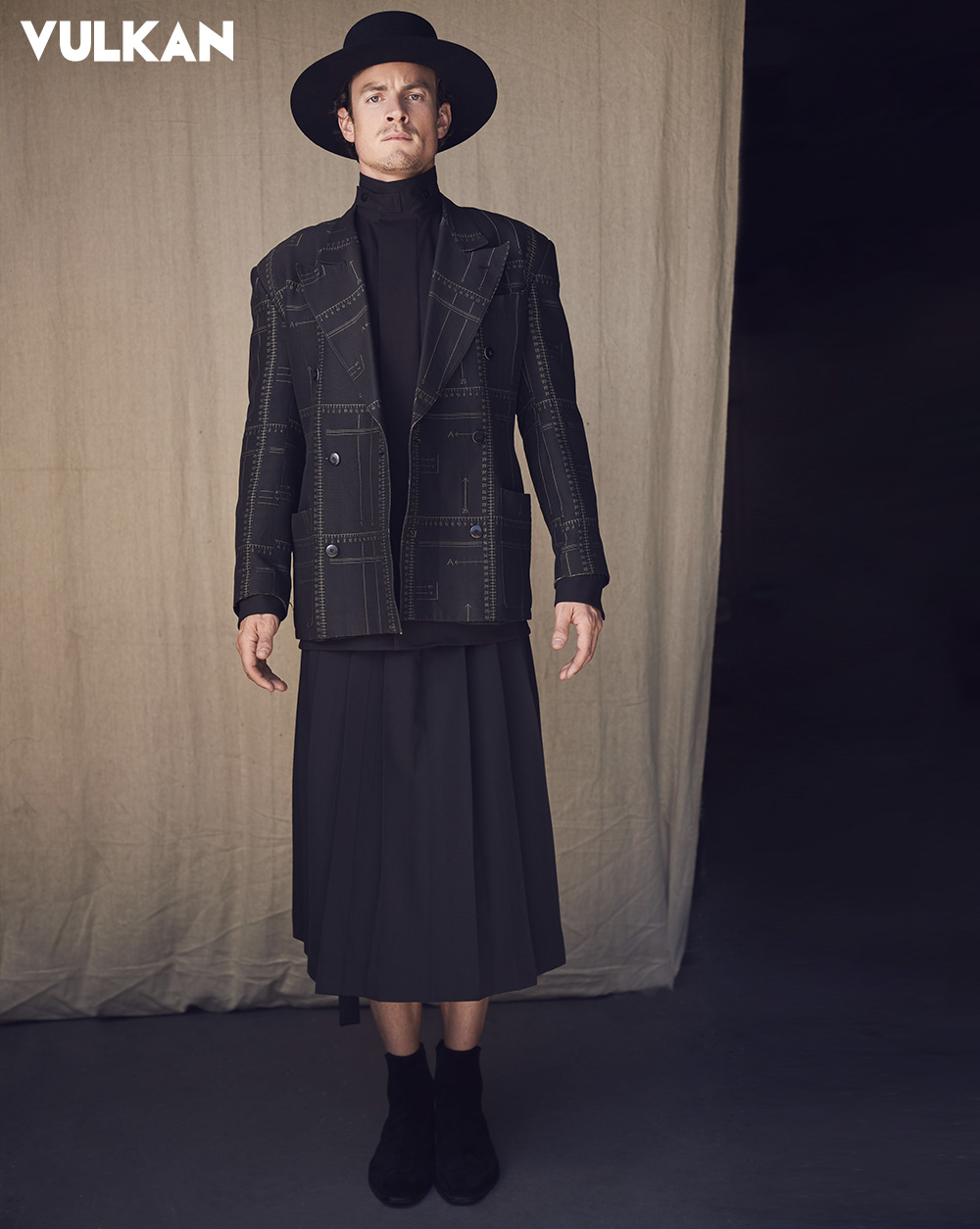 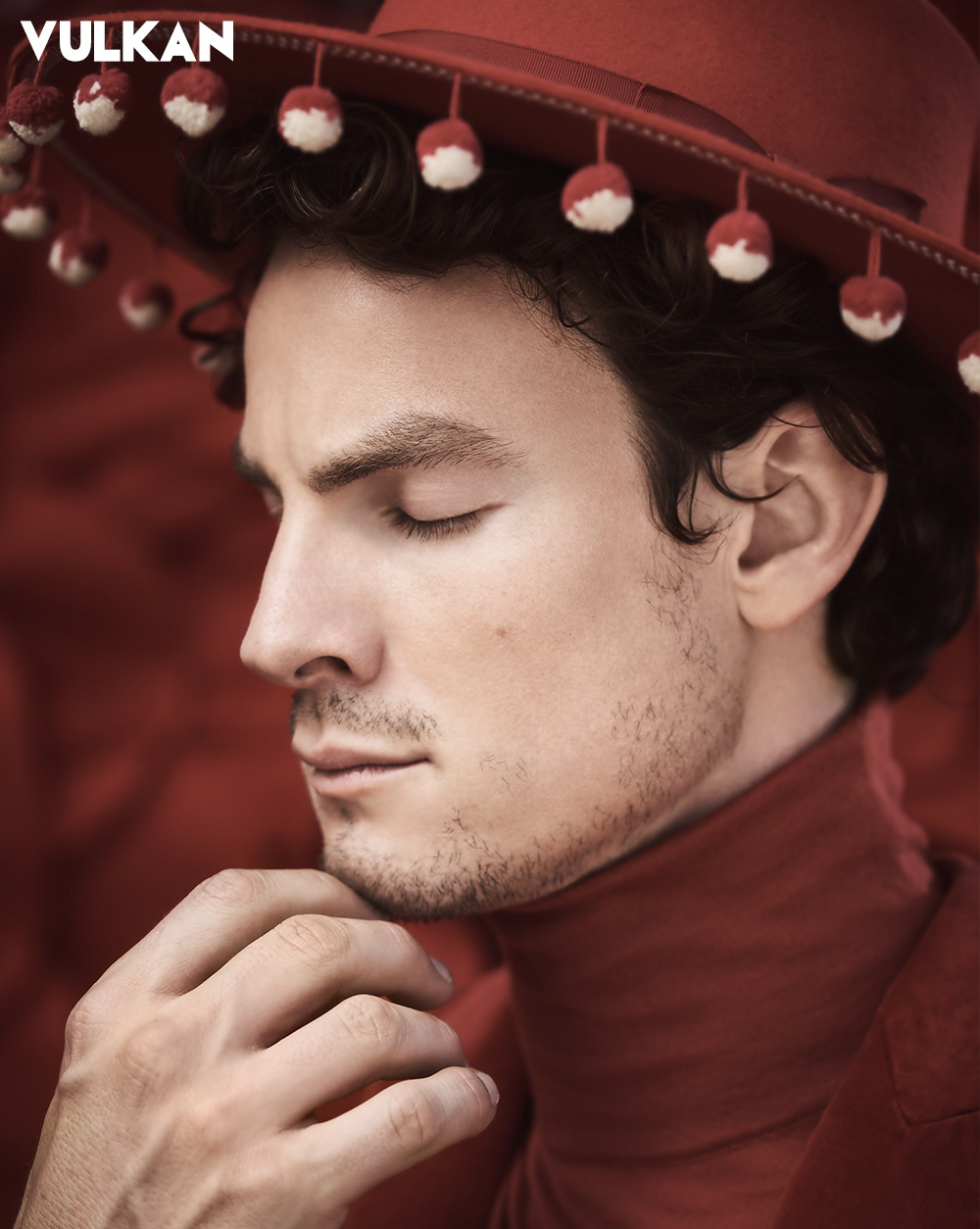 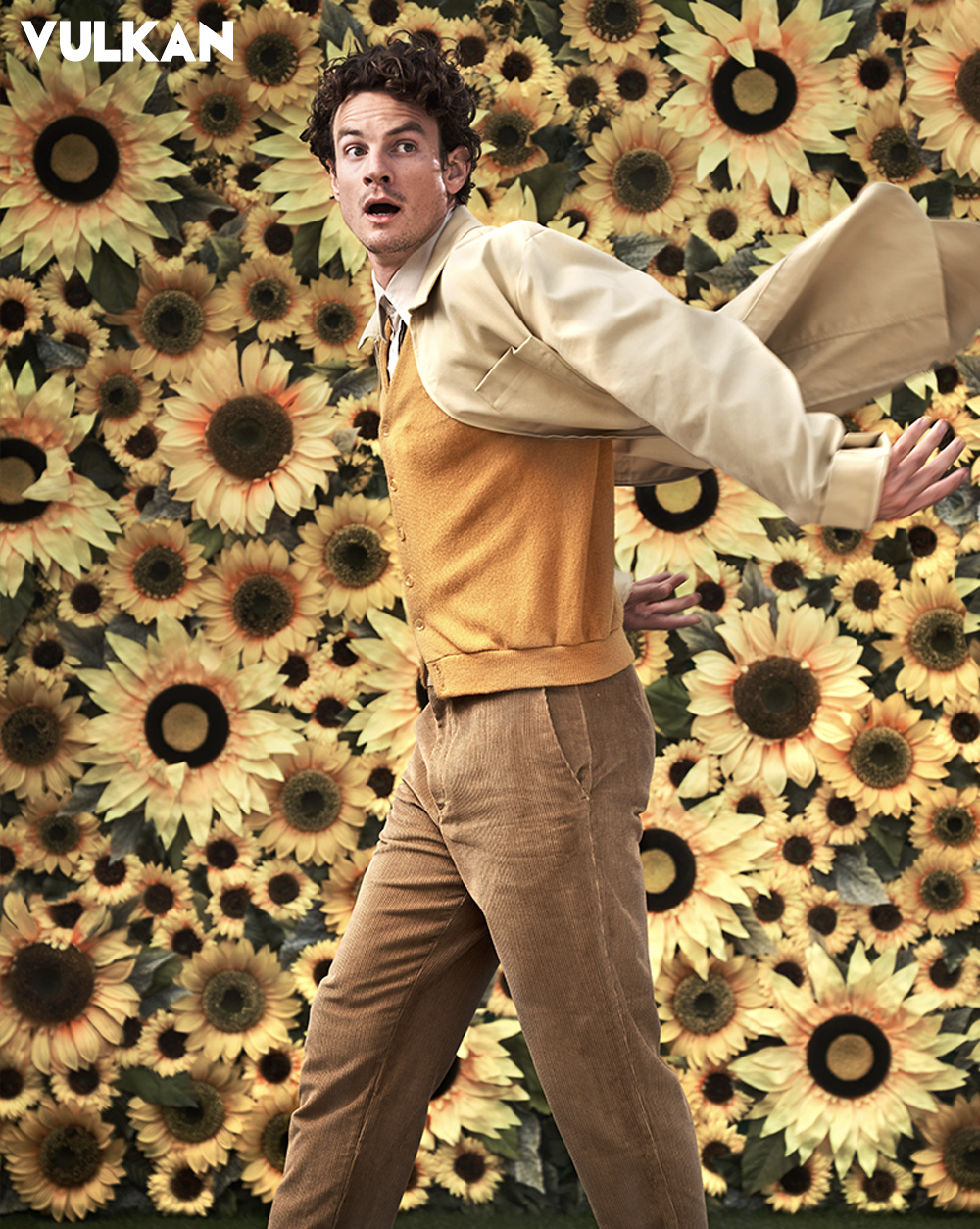 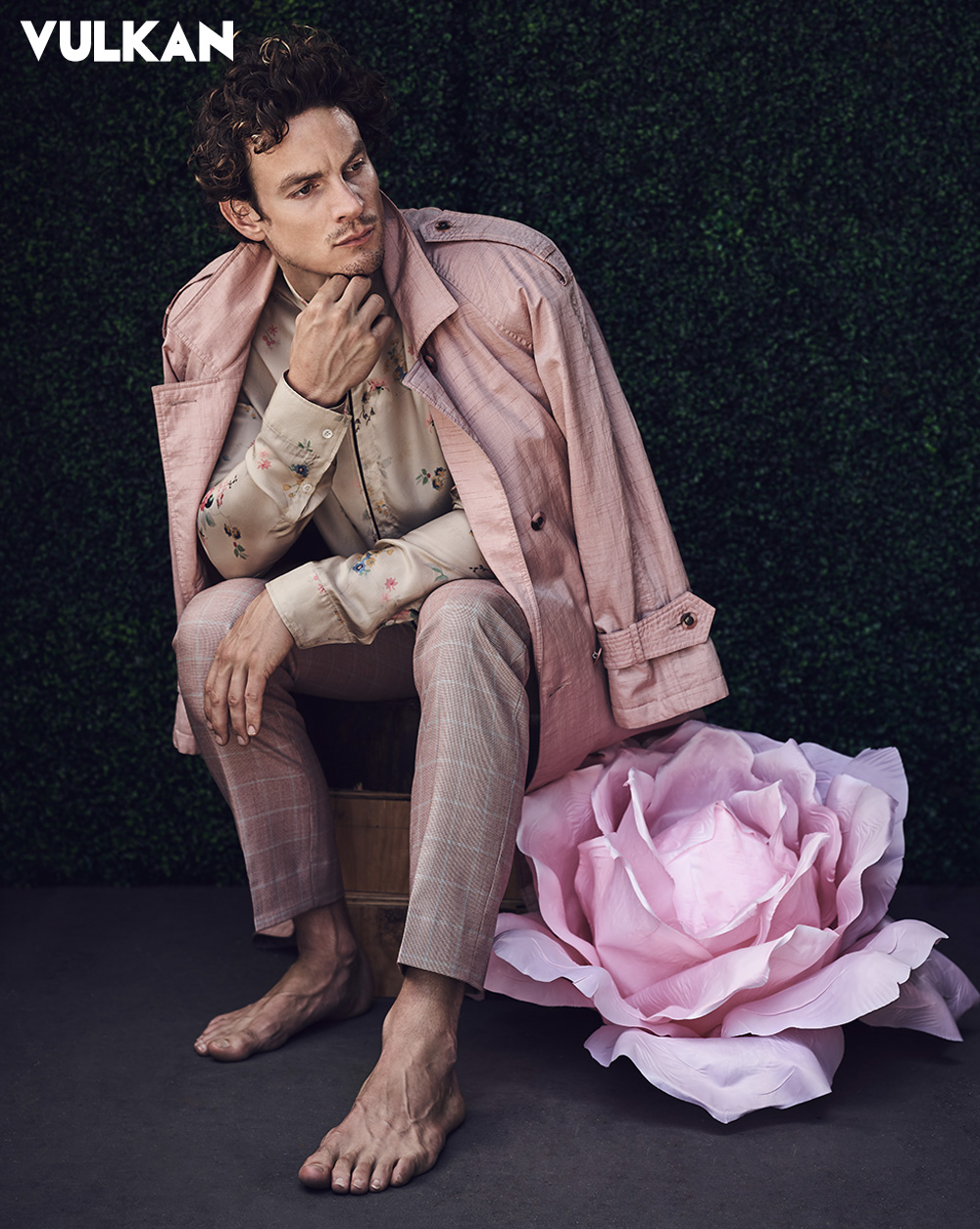 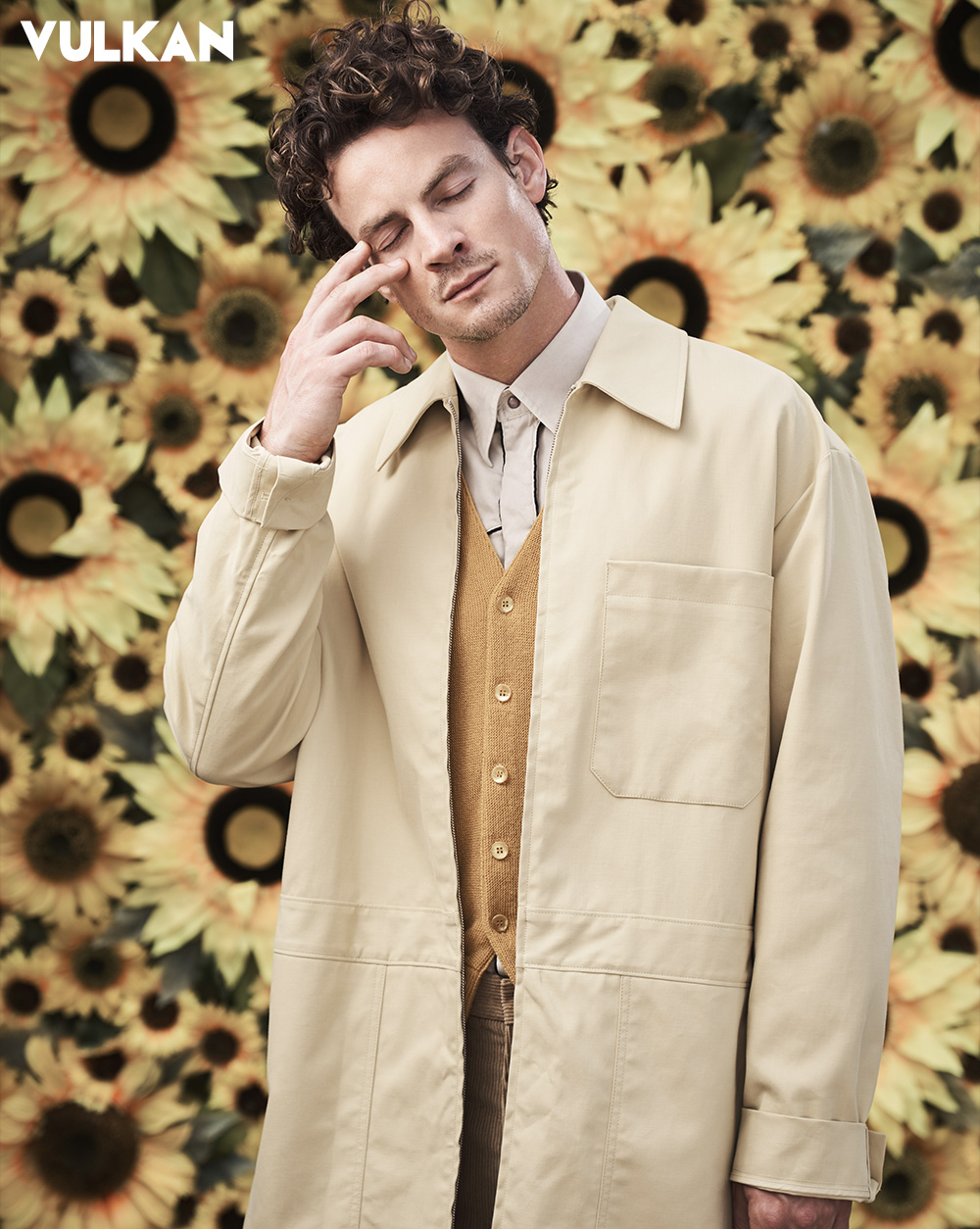 The Chilling Adventures of Sabrina is the hit Netflix series that gives a darker view of the teenage years of the beloved witch, Sabrina. One key element added to the revamped show is the presence of the dark lord, Lucifer Morningstar, who remains in his goat form for nearly two seasons! Played by the Australian actor, Luke Cook, he is finally released into his angelic form in the last episode of season two. While this role has given him the most exposure in his career, he has been living and working in LA for the past ten years as an actor, and the road has been full of struggles and hard work. He sat down with us to discuss his career, what it is like playing the devil, and future projects.

Cook grew up in Australia as the youngest of 5 children. Being the youngest definitely helped  shape his personality, and as he says: “My family is very funny, but I’m the most out there, I’d say. I’m the last of 5 children, so I was always screaming for attention. You’ve got to be loud and bold to get any attention.” After all, he was the youngest by 7 or 8 years which gave him a lot of alone time: “Boredom really does fuel creativity.” He was never really into video games which made it that he had to “be creative in his own boredom.” As he explains, having that type of childhood is a big part of what made him into the artist he is today. It prompted him to “start doing skits on (his) instagram. (He) was just bored.”

Cook’s instagram isn’t the typical “look how awesome my life is” account–full of shots on vacation and sipping champagne in the Bahamas. Instead, it’s an extension of his skills as an actor. It’s nothing like his role as Lucifer. It is filled with full comedy skits, usually filmed in his home, where he puts on different characters and accents. The fan favorite is ‘Louise in a Squeeze’ who is a typical Australian soccer mom that was inspired by multiple moms he met while living in Australia.  As Cook shares, “If you grow up in Australia, then you meet all of your mates’ moms. A few of my mates definitely had those soccer moms.” He remembered there was one mom who made mention of her teenage son’s growing physique. At 17/18, the young men all started playing rugby and lifting weights and getting bigger. As Cook explains the story, he mentions: “Talking about her own son she said, ‘goodness have you seen Nicholas with his shirt off? Goodness gracious he’s gotten muscular!’ And I was like that’s classic.”

Even though online it seems like he excels in the arena of comedy, he is actually classically trained in drama and continues to work on his comedic skills. “I’m just generally comedic, but I was classically trained. I always knew that I wanted to act and get better at being a serious actor. But I knew I wanted to learn how to do comedy, and I’m still learning how to do all of it,” opens up Cook.

Before landing the role of Lucifer, Cook spent ten years in LA pursuing acting. He grabbed small roles in How to Get Away with Murder and Guardians of the Galaxy II; just to name a couple, but nothing has given him much exposure until now. He had great opportunities to be on some major shows, but he kept running into snags along the way.  “Looking back, there’s a very funny story. When I got off the plane, I had two big tv shows booked, and couldn’t do them because of my visa. I even thought to myself whenever I booked them, ‘I haven’t worked hard enough for this,’ and as soon as I thought that, I couldn’t work because of my visa. After that I didn’t book anything for years. Then I had to grind and grind for years. It’s funny the way the universe works, or God, or whatever you like to call it.”  While on the grind, as he puts it, he worked some not so glamorous gigs in between small acting gigs. Usually working as a bartender to pay the bills, he says it all taught him something even though there were some not so positive experiences. “It was a great experience in learning how you should not be treated, and also to inspire you to never go towards anything like that ever again. I think it was good for me to struggle for ten years before I got any kind of notoriety that way I don’t take anything for granted.”

Now he has the future of Lucifer to look forward to. Even though he appeared in one episode only so far, his instagram shows him on set of Sabrina, season 3. He was pretty tight lipped about what’s to come of his nefarious character, but he has plenty of questions about what Lucifer could possibly be up to in coming seasons. “I’m most interested in finding out how powerful Lucifer actually is. We haven’t really seen him do anything too crazy with his powers. We just know who he is. Then he gets thrown into hell, so seemingly he loses in that moment. We really haven’t been able to see the havoc that he can truly wreak. Maybe we’ll see in the future maybe not.”

Cook ends the interview with some tough love for struggling actors in Hollywood. Afterall, he struggled for so long and gained lots of knowledge during that time. As he shares, “My advice to people who want to become actors is to be good. 100 percent the advice is, if this is really what you want to do, get in and learn it as soon as you can. Immerse yourself in it, and get good. Within five years if you’re not good, go home. ” As Cook sees it, the infamous back to back traffic we all sit in everyday is caused by people who come here on a dream and nothing else. These young dreamers see actors on film and realize that they want to be a part of that world. But the real question is, asks Cook, : “have you got something that no one else does? If you don’t have that, do you have the balls to go to an acting class to see how bad you truly are in order for you to learn how much work it’s going to take for you to get good?”