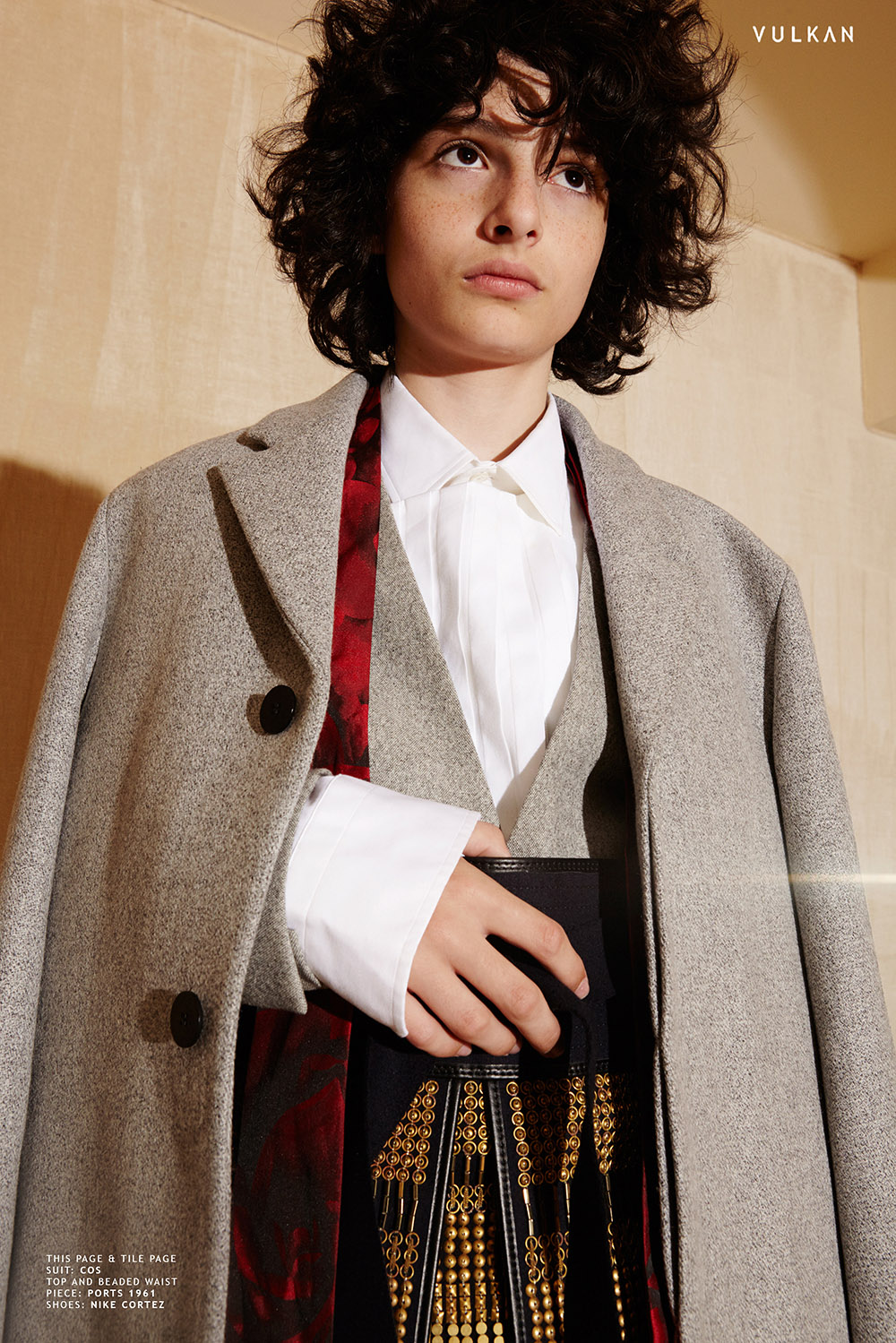 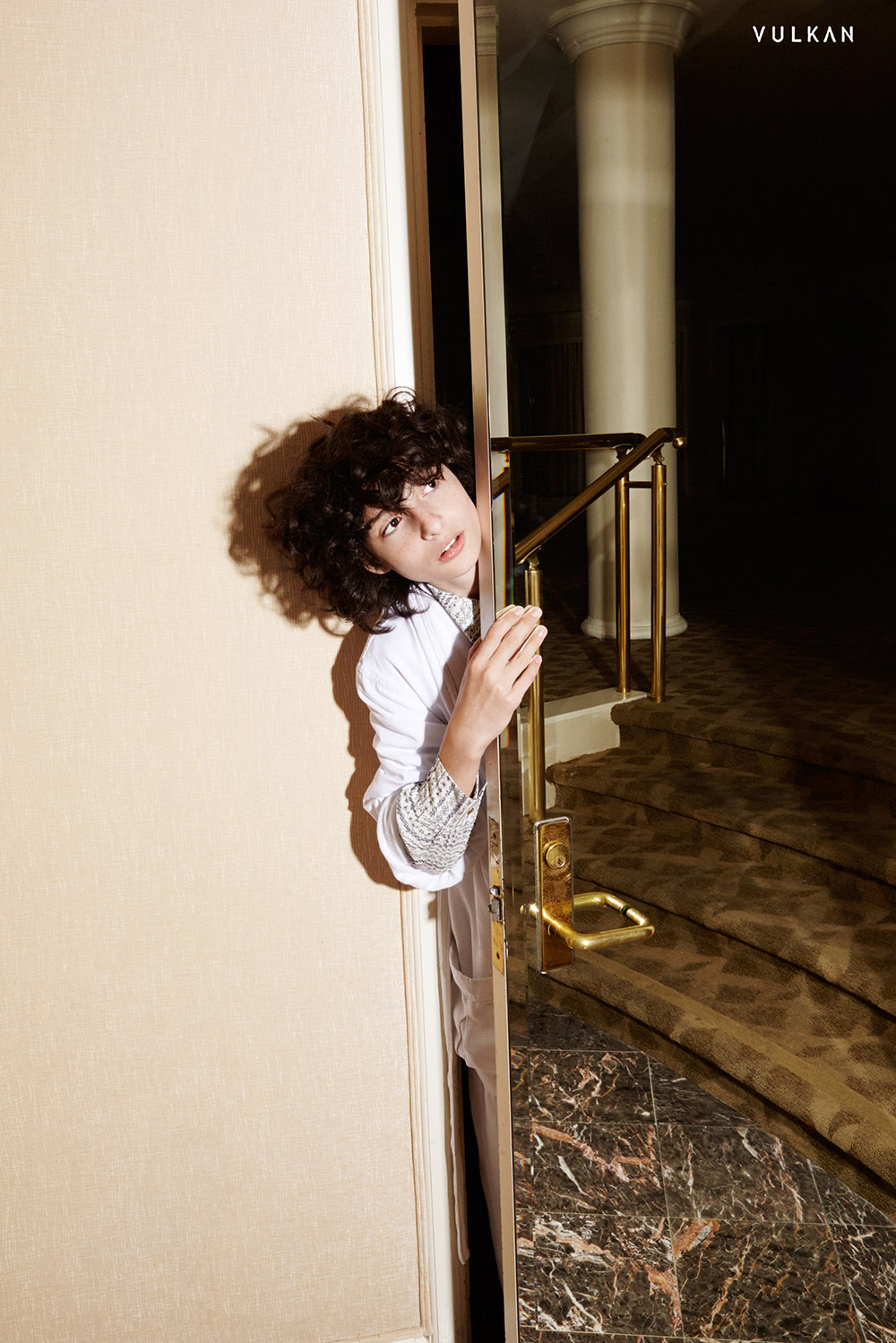 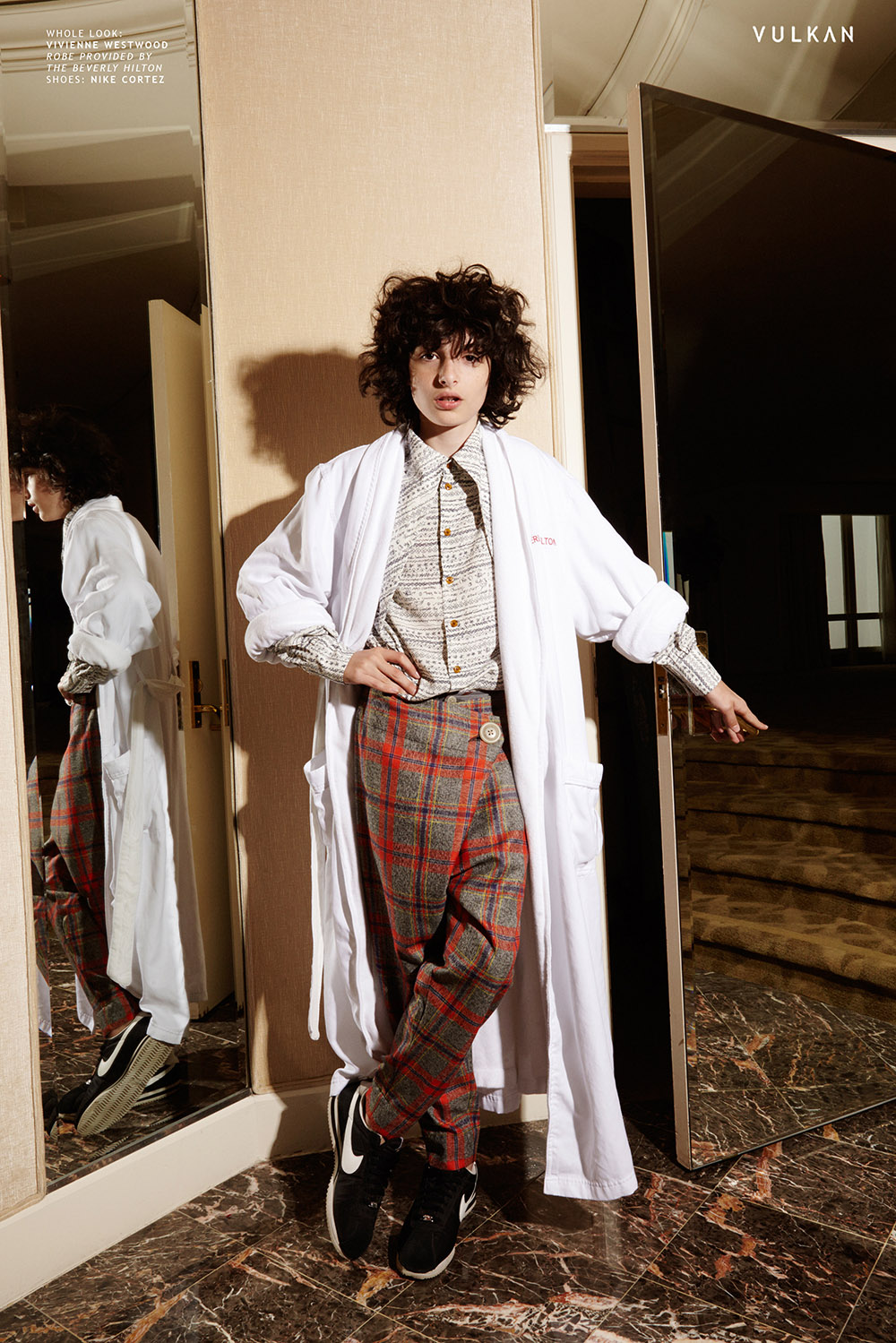 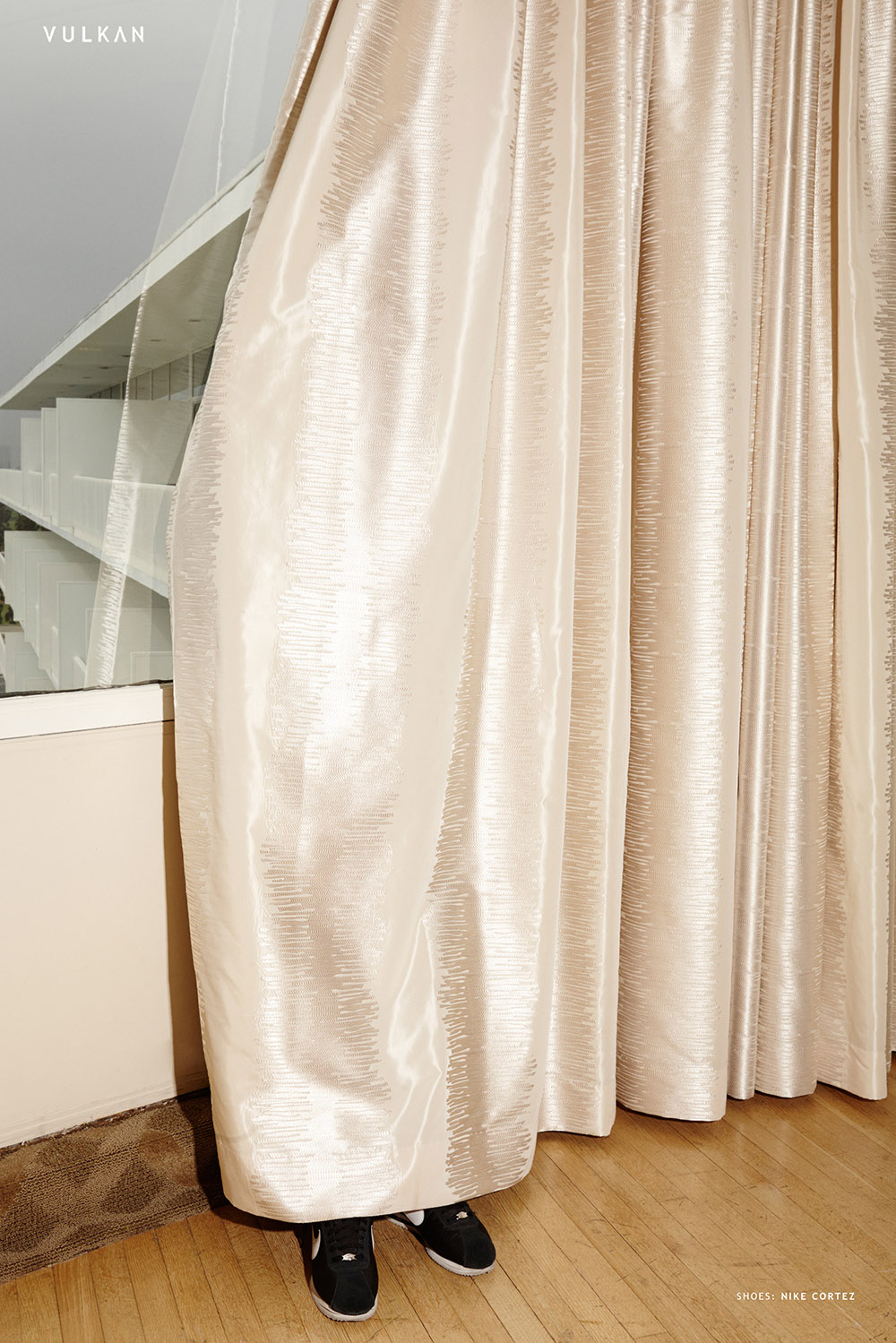 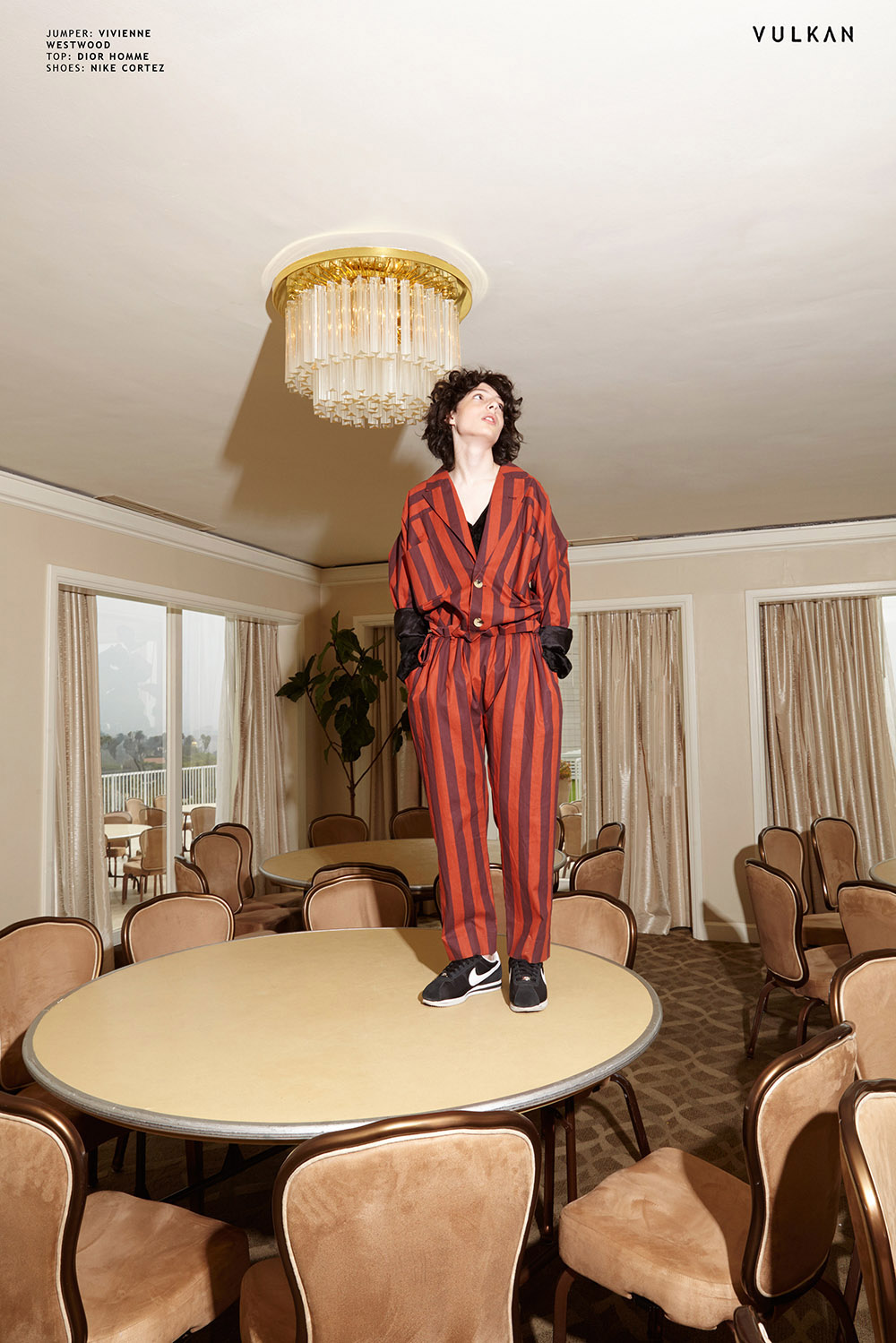 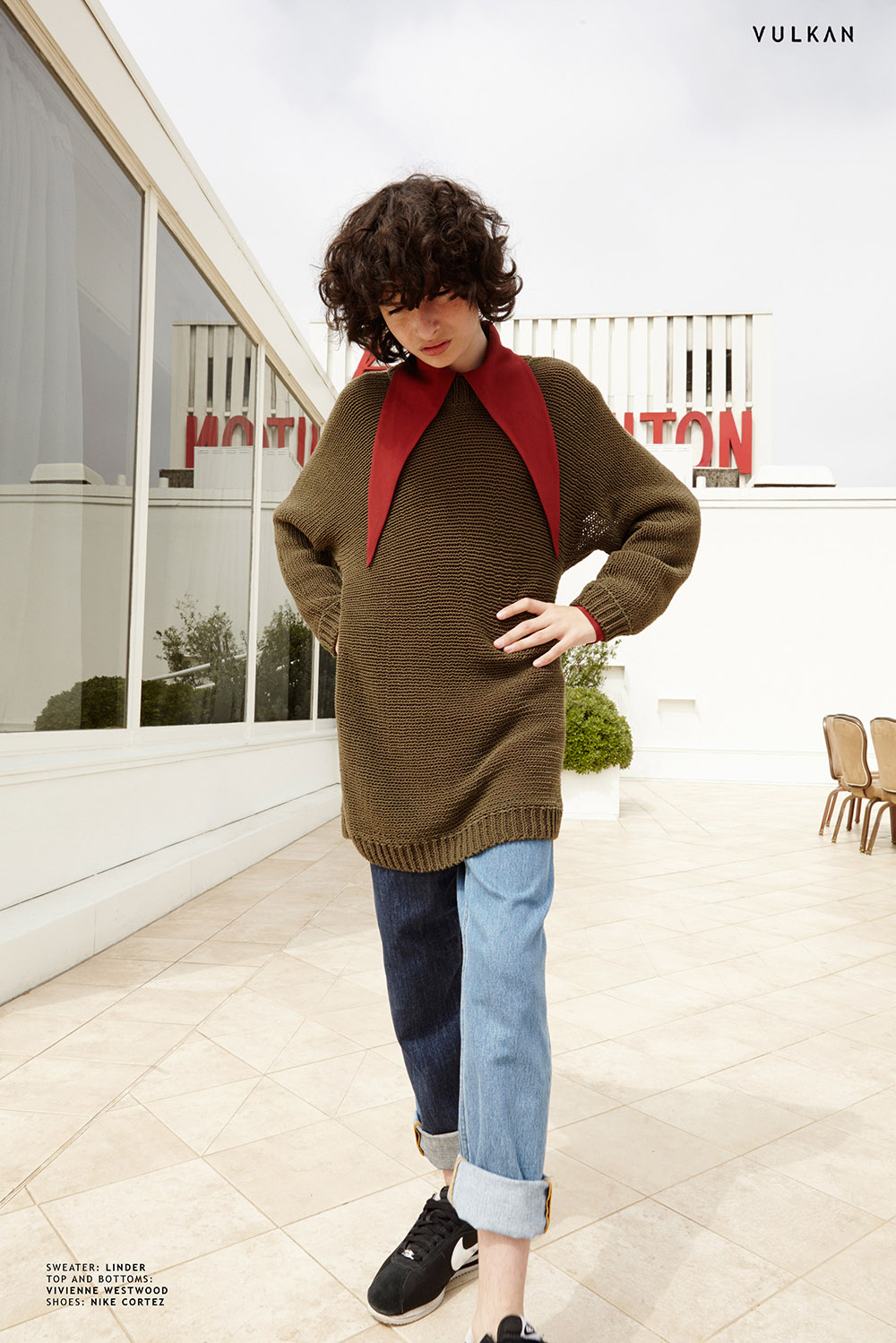 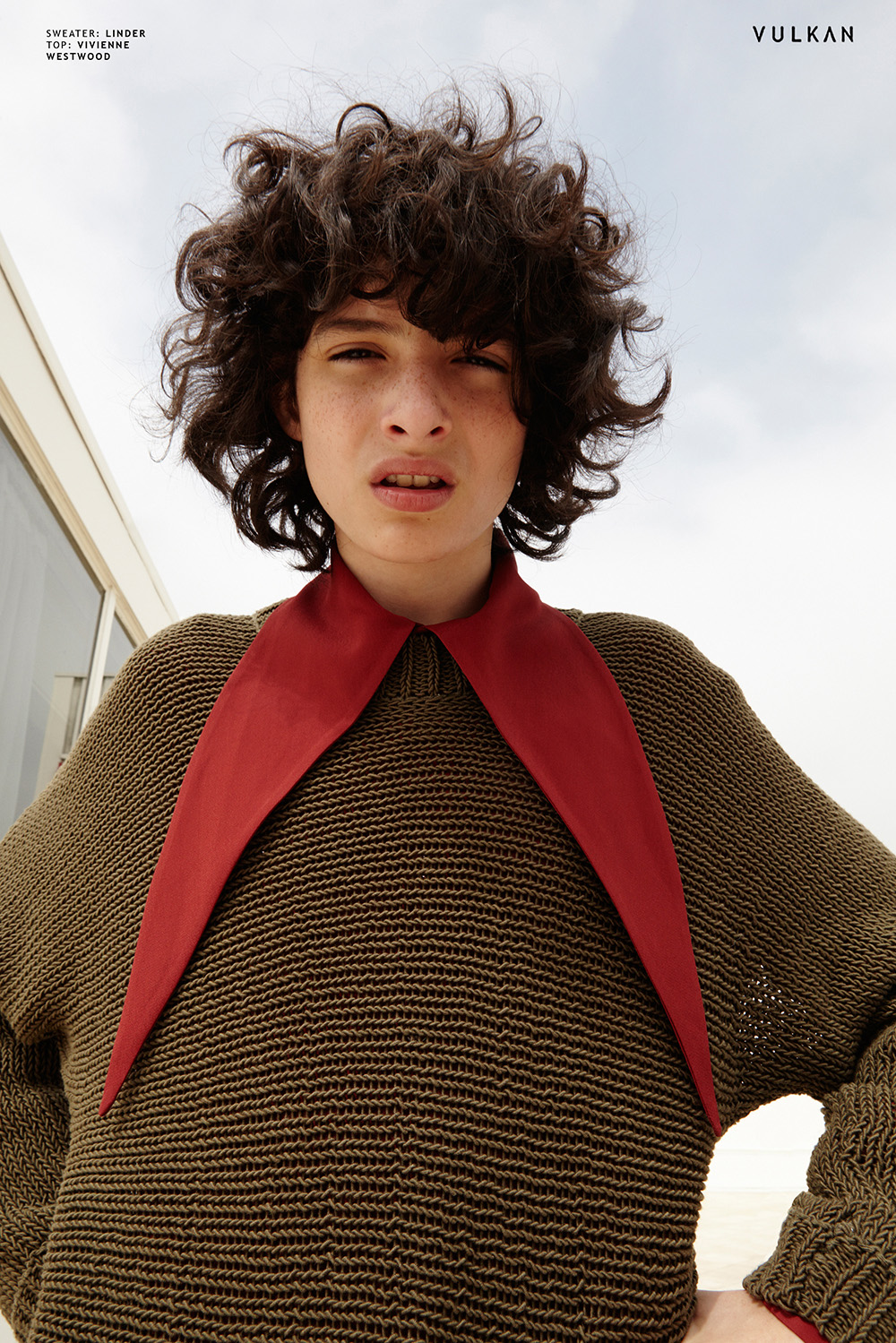 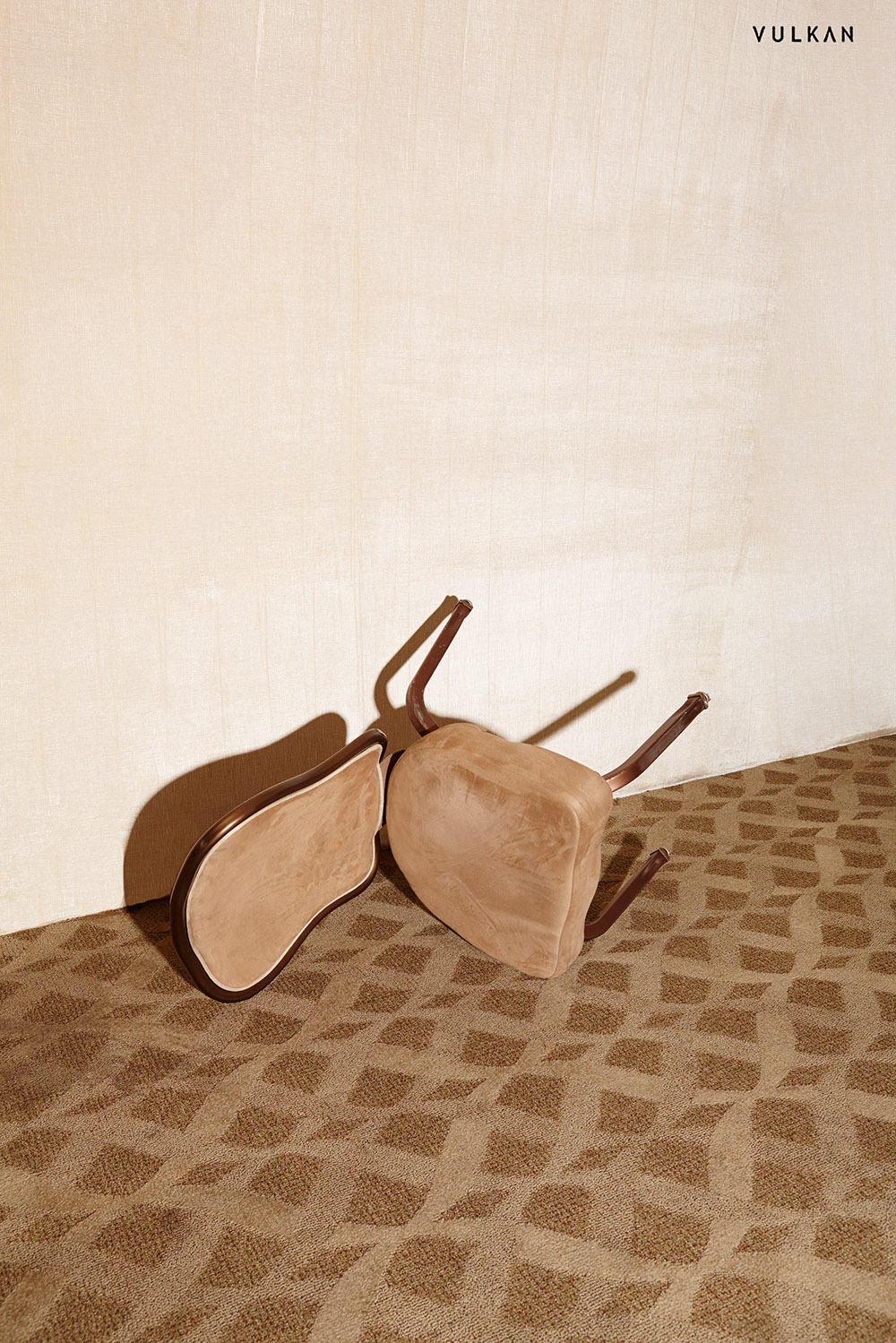 Canadian actor Finn Wolfhard became a household name after being cast as the quiet, contemplative Mike Wheeler in Netflix’s Stranger Things. If you can believe it, Finn got the role after auditioning via video while sick in bed after coming across an open casting call, proving that nothing can keep this budding actor from pursuing his passions. The highly anticipated Stranger Things season 2 is set to be released this October and VULKAN had the opportunity to press Finn about what to expect from the series as it picks up again. Finn Wolfhard will also be appearing in the new adaptation of Stephen King’s cult classic IT that hits theatres on September 8th.

I imagine you’re recognized out and about pretty often nowadays. Did you expect Stranger Things to gain such a massive following so quickly?

No one expected it. I was shooting IT in Toronto when Stranger Things came out and the very first day, on a two block walk to the theatre, adults were crossing the street to meet me. I knew something was up and then the next day we actually had to leave Kensington Market because so many people were freaking out when they saw me.

Who was the first person you told when you landed the role of Mike Wheeler?

My family was there when I got the call from the Duffers and then I think the first person I told after that was probably my friend Dane.

Tell me about working with Winona Ryder, has she given you any advice for your budding acting career?

She is a total pro and as time goes on, I realize how difficult her job was in season one. She always says to focus on the work and not buy into all the fame and celebrity stuff that comes with being in a popular show. Those are words to live by.

What’s the nicest thing a fan has said to you so far?

Anytime someone compliments my performance or the project I am in, I am honored.

Is it weird when people ask you for pictures or autographs or are you more comfortable with that side of your fame now?

It’s still a little weird but I love when people compliment the projects I work on or what I do in them. That makes it easy and it is always a pleasure.

Are you excited for Season 2?

Yes! We all worked really hard for a really long time and I can’t wait to see what rolls out on October 27.

What do you hope to see happen to Michael? Will we see his relationship with Eleven develop?

I hope Mike continues being the quiet and competent leader he is but, as for Eleven, only the Duffers would know.

All things considered, Mike is able to stay pretty calm throughout the series and very focused. What do you think makes him this way?

When Mike stepped off the cliff in order to save Dustin, he showed that he wasn’t afraid to die. Anyone with that kind of courage and faith is going to be calm in almost every situation.

Do you ever see yourself pursuing a career in music?

I don’t look at any of the things that I do as a career, I just do them because I love them and they are just literally the things that I do. If I don’t like doing them, I will stop. That said, I do have a band, Calpurnia, with my friends, all of whom also happen to be incredibly talented musicians. We jam and write songs for hours when I am home, and we love to play live. If the timing and our schedules work out we will be doing a very cool gig in October and then we are also going into a studio to record an EP in November. The label is awesome and depending on how the songs are received when it’s released next year, we will try to play a lot more.

Your co-star Gaten Matarazzo is also very musical, do you guys ever get together to jam?

Our schedules are nuts so we don’t spend much face time together but when we are in the same room it’s more about video games than music.

Tell me about IT, has your fear of clowns subsided or grown since filming? What was the experience like?

I’m in the middle of IT junkets right now and I talk about clowns all day long – and yes, they still freak me out. As far as the experience goes, though, it was the best summer of my life – I’ll leave it at that.

Do you think you’re in acting for the long haul, or are you just enjoying the experience and not focusing too much on where you’ll be in the future?

I’m definitely enjoying the experience and I have ambitions in a lot of areas that will take time to play out, so in that sense I am in it for the long haul. I don’t always know my schedule until the day before things are going down, so I try to have fun as much as I can and not worry too much about the future. A lot of what happens is just random, so to enjoy the ride in the moment is just awesome.

I’d love to be in a superhero movie, and Star Wars, and a really great indie comedy.

If you could co-star alongside any actor or actress that is active in Hollywood right now, who would you choose and what kind of film or series would you be in? Comedy, drama, action, sci-fi?

I’d choose Natalie Portman, and we’d do an indie drama together.