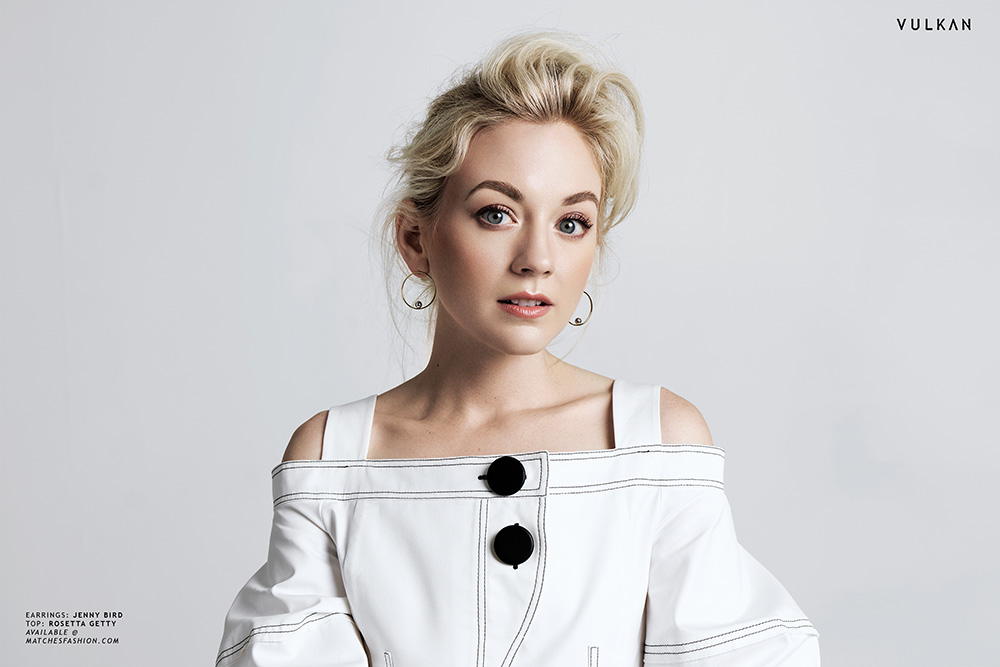 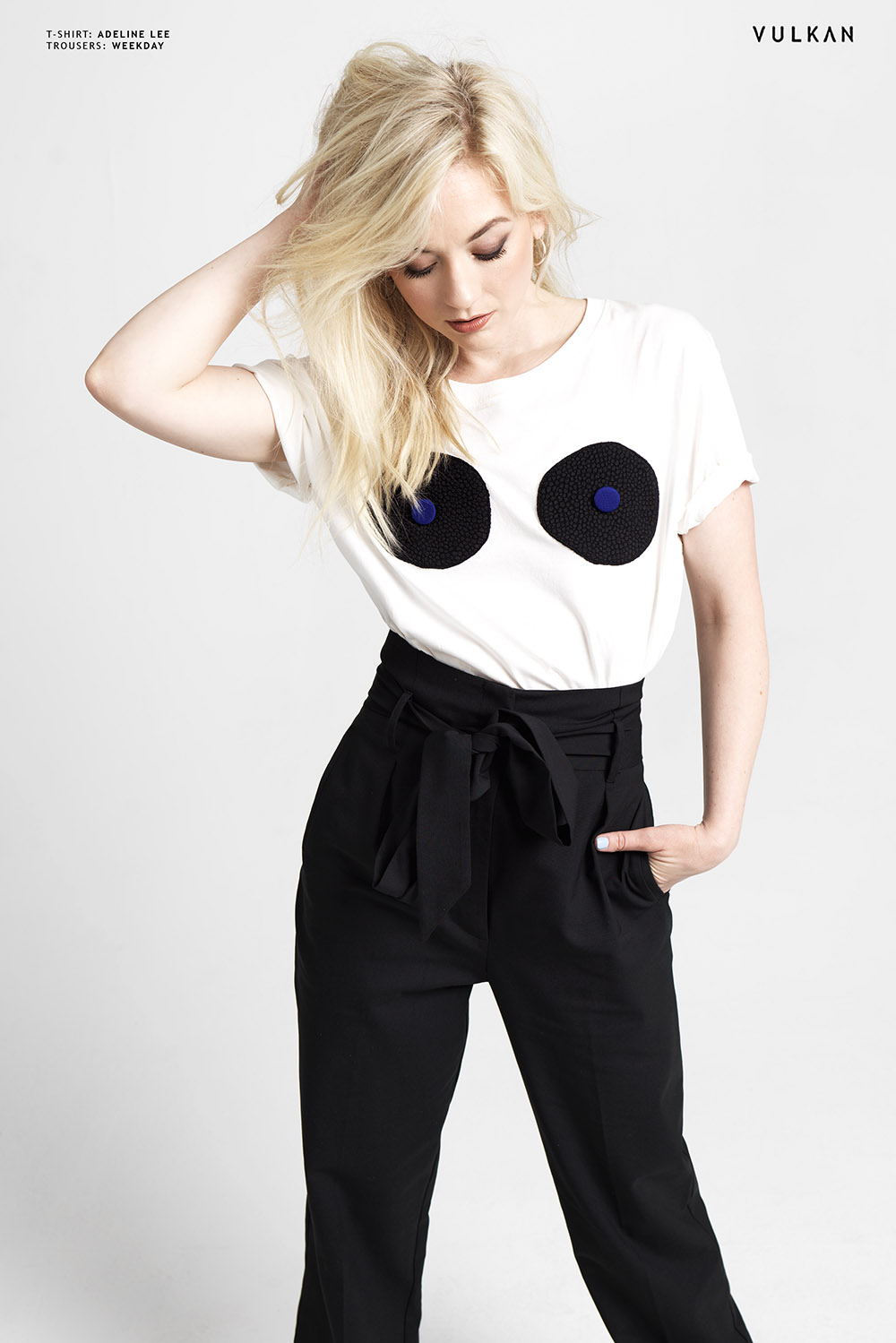 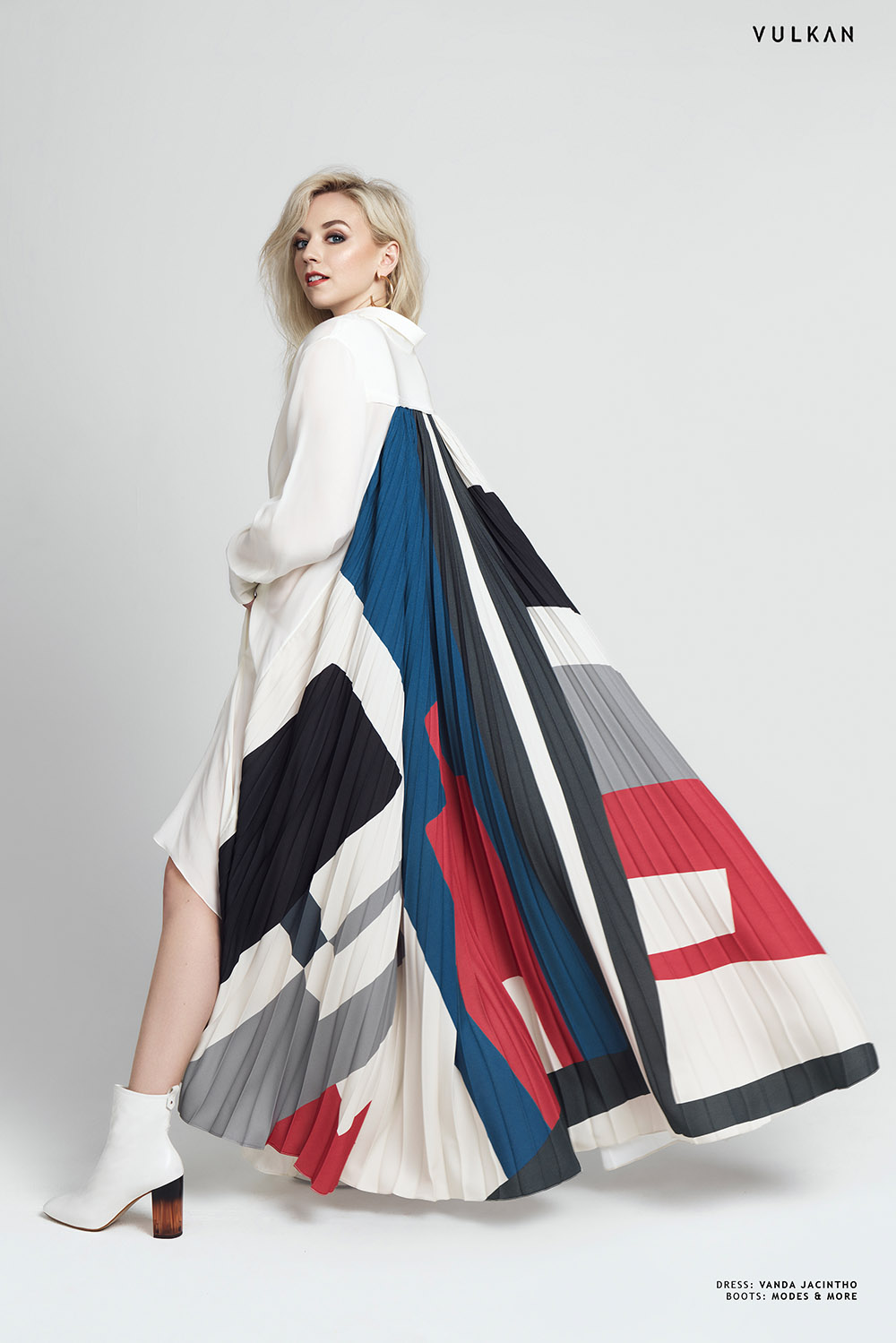 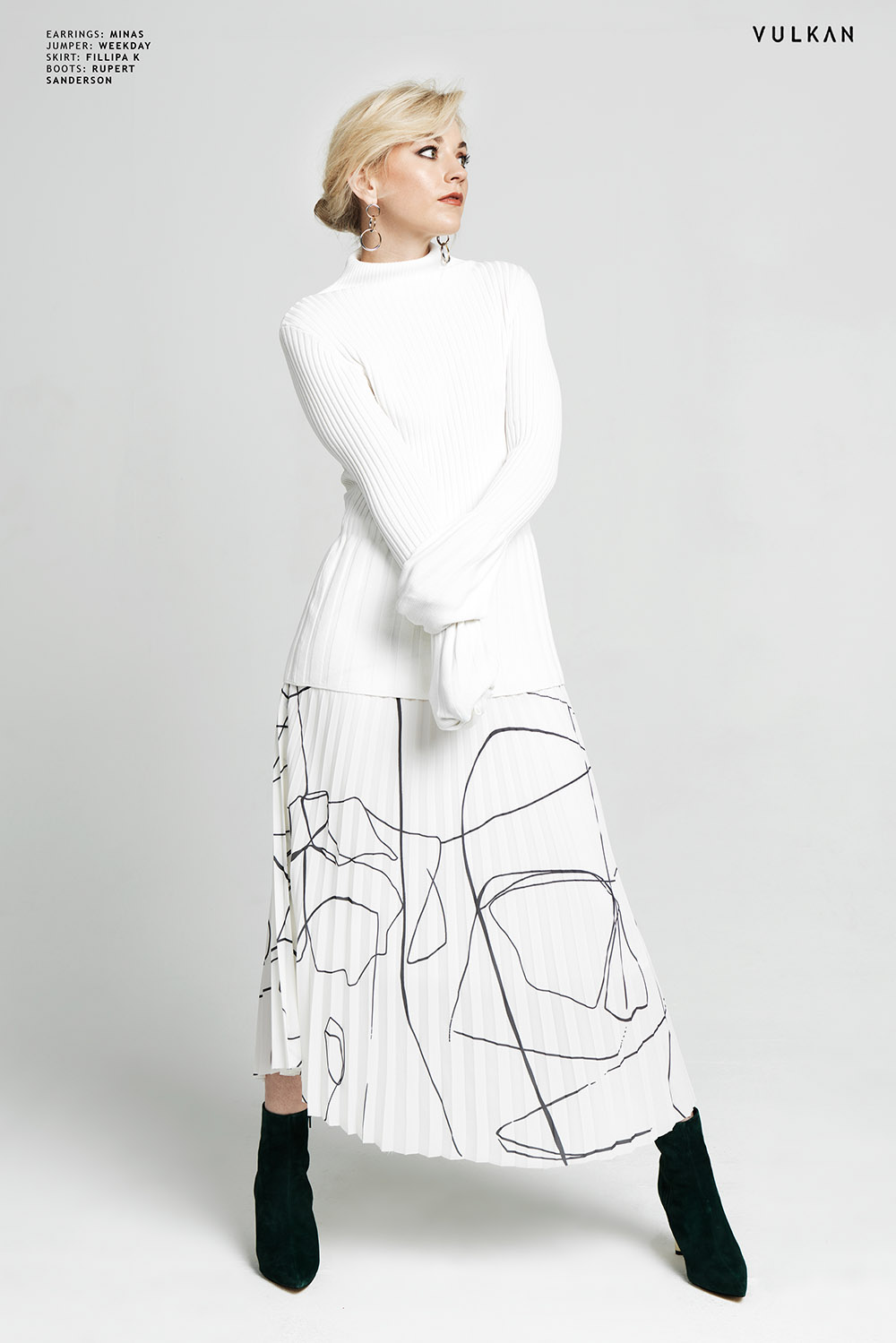 Fans of The Walking Dead know Emily Kinney as the optimist Beth Greene, and they would be unsurprised to know that she’s a singer songwriter, too. VULKAN caught up with Emily to chat about her debut album This Is War, balancing her career goals and down time, and her upcoming series Ten Days In The Valley premiering October 1st, 2017 on ABC.

It must have been quite the move from Nebraska to New York, what was that transition like?
It was definitely a different world for me. I didn’t have a lot of money, so making ends meet was the focus of a lot of my time when I first moved to the city. But it was also exciting. I started working at a coffee shop and a lot of those people were artists and became friends. I was excited to be in NYC going after my dreams. Making friends who were also pursuing their dreams or even just a different kind of life than the one they grew up in made a difference in my happiness as well. It was hard to be away from family, but also made me extremely independent.

How was that in comparison to your University experience at Nebraska Wesleyan University?
Looking back I really appreciate school and university and the structure and chance to explore it provides. I was so excited to be out of school but now I look back and realize what a gift it is to really study theater and acting and have teachers to guide you. It gives you time to really establish a process for yourself as an artist. You establish standards. Outside of school there are no grades and you make your own rules and although exciting, that can actually be really disorienting after having been a part of a school system since you were 4-5 years old.

Most people know you for your role as Beth in The Walking Dead and as we know, audiences tend to put performers in one box and leave them there. Do you feel that overshadows your music career or do you feel as though one compliments the other?
No! Beth actually sang in the show too so I think it’s actually an easy transition for people to make. However, in terms of numbers: The Walking Dead and some of my other tv work has a bigger audience than my music. But because of the show a lot of people are introduced to my music so I guess they compliment each other in terms of exposure. For me as an artist having to creative outlets keeps me very balances and fulfilled.

What similarities personality wise does Casey’s character (Ten Days in The Valley) have to you? What about differences?
I think Casey and I are similar in that we fall in love easy. Casey is also a hard worker and really does try her best. Casey though is a bit younger than me and bit more insecure [and] she is much more interested in status than me. I don’t think Casey has a lot of close friends and I don’t think Casey grew up around kind-hearted people in her family.

How did you know that music was something that you not only wanted to consume, but create?
I’ve always sang since I can remember and learned songs and then performed them. Just always known. I started writing poems in junior high and high school eventually that turned into writing songs and eventually after singing backup for singer-songwriters in NYC, I got up the guts to start recording and doing shows with my own songs.

What is your personal opinion on the difference and challenges between Broadway and being in feature films and a live action series?
With theatre you create the through line overnight. It’s physically a different thing because you have to do it 8 times a week so it’s just a different lifestyle than television or film. Also, once you act a scene for tv/film you sort of hand over your performance to directors and editors and you trust them to put the pieces of your performance together. With theatre you have a bit more control over the final product, I feel.

Tell us about your debut album This Is War and how does it compare to Blue Toothbrush and Expired Love?
This is a War was just a more full realized completed project than Expired Love and Blue Toothbrush was with my friend Conrad and we were experimenting a lot. I learned a lot about recording and self releasing music through the process of these albums, but I am definitely still learning. My next music is still me and my poems but the instrumentation will be much different.

What is your favourite part about touring?
The shows, meeting fans who know the words to your songs!! And the friends you make in your bandmates. Trying the local coffee shops.

What do you like to do on your more relaxed days?
SWIM. I love swimming. coffee and going to coffee shops and I love reading and listening to music. For some reason TV and movies have been stressing me out. Even stuff like The Bachelor has been stressing me out. So I barely turn on my tv even though I know there are a million great tv shows right now. But I mean you guys should definitely turn on your tv for 10 Days In The Valley. And I will definitely be watching that!! 🙂

What is the most effective Emily Kinney approved life hack/tip that you can share with us?
LOVE yourself. Pick up the phone instead of texting. It’s scary at first but you will be happier and it’s nice to hear human voices of the people you communicate with. Do one thing at a time. A good balance of hunger and gratitude daily, keep me happy. You can change your attitude or mood with the right song.

Are you an introvert, extrovert or ambivert and what makes you think you are anyone of those labels? Introvert. I charge up my battery being by myself, but I do love being with friends and going out. I just have to recover and have to have some time to myself after.

Can you share your biggest goal of 2017?
I am a chronic list maker and have pages and pages of goals in different areas of my life. So it’s hard to pick one. The biggest overall one is to become a better artist and work on projects I love and can be proud of, music or acting. I want to make the best music I’ve ever made this year!! The more personal ones are to have more fun, be in the moment and it would be nice to fall in love.

Are you at a point where you are pinching yourself because you just can’t believe how far you’ve come?
Oh that’s nice! Yes, I’m grateful. Life is good right now. I’m having a lot of fun overall. 🙂

Favourite quote of your lifetime?
“I have wrestled with the angel and I am stained with light and I have no shame. Neither do I have guilt.” –Mary Oliver