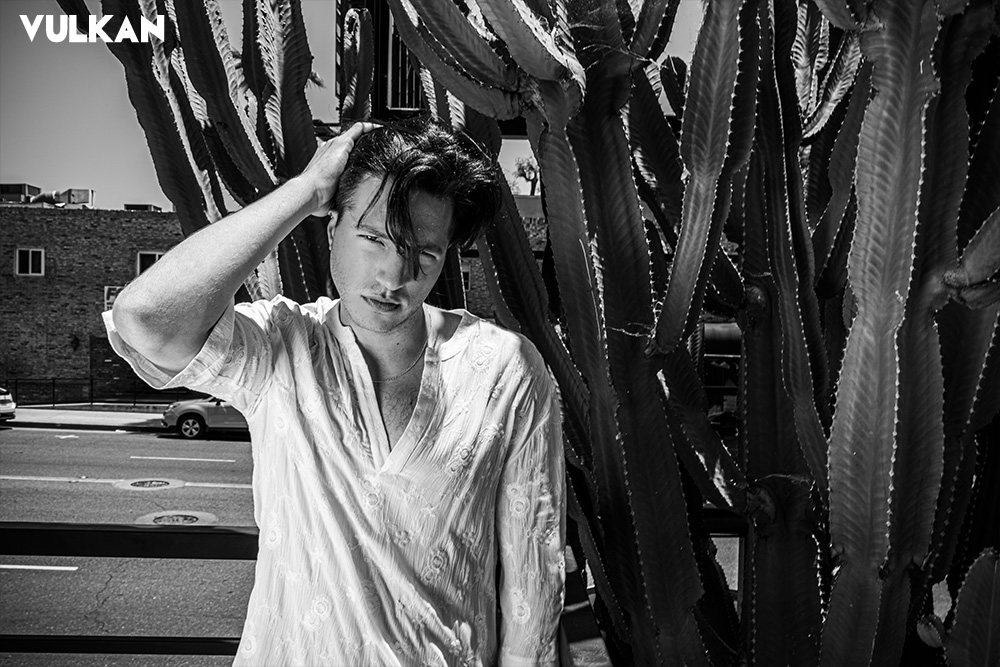 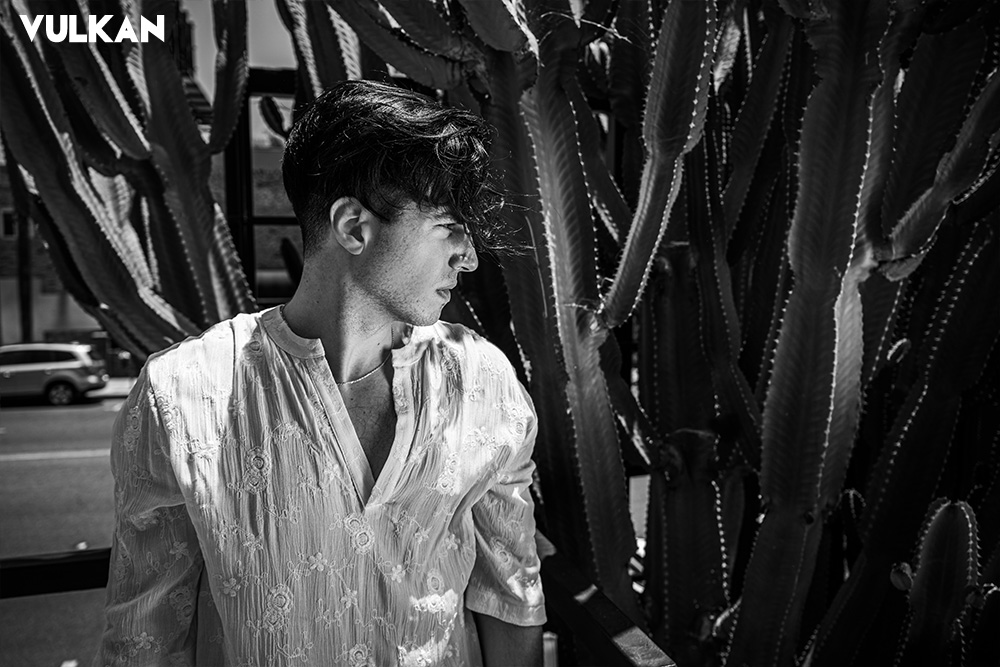 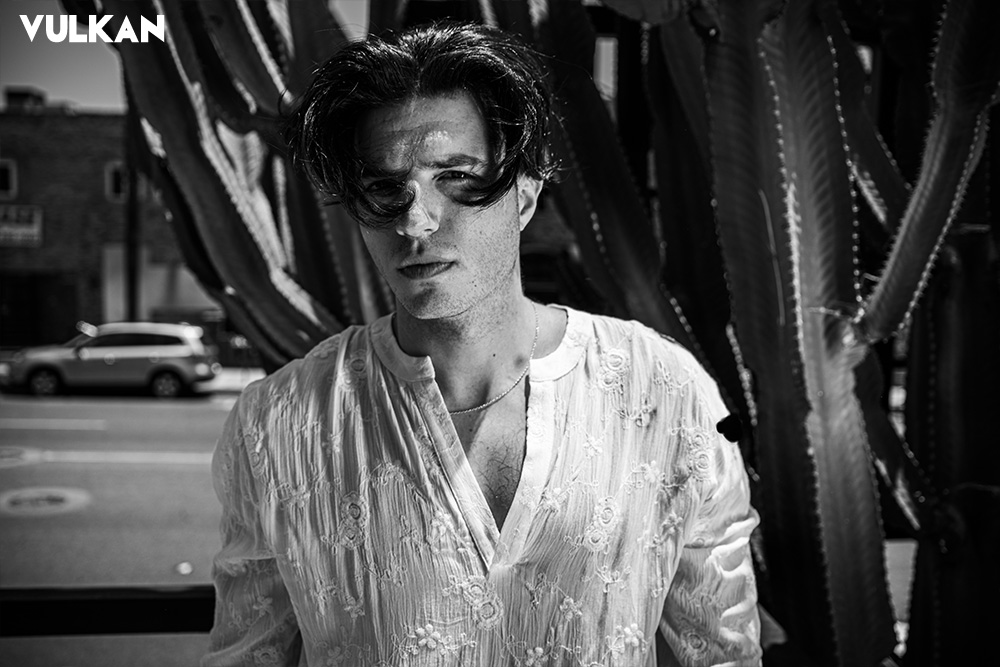 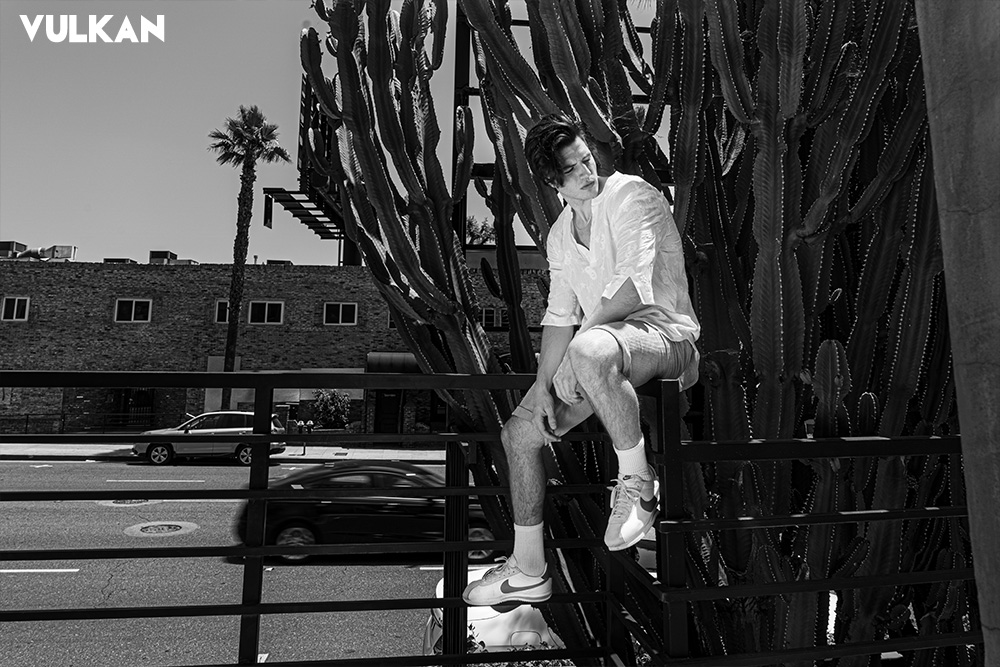 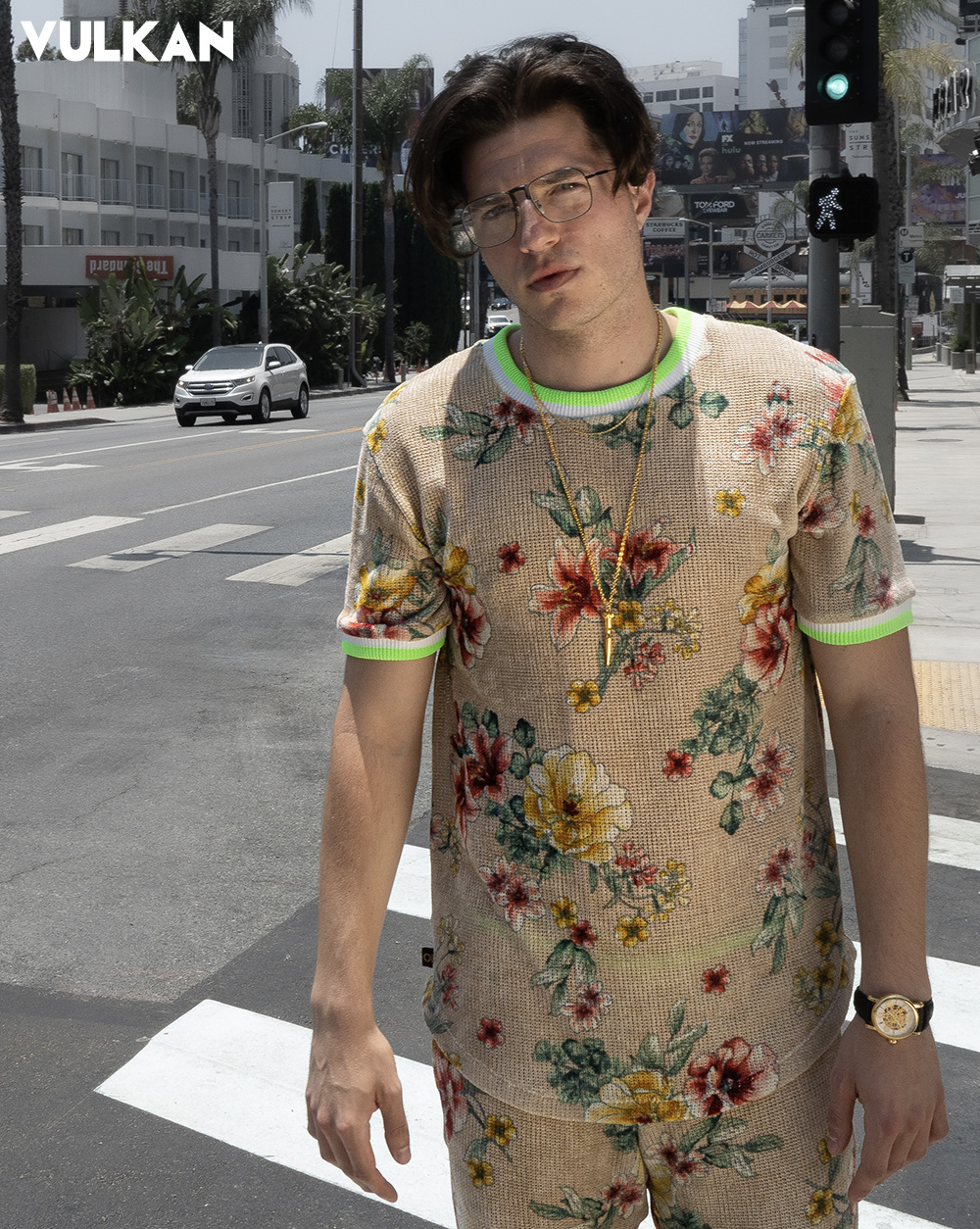 Dylan Flashner is the American Dream
By Matt Koger

From his amazing athleticism to his unbelievable ability to captivate both your eyes and ears, Dylan Flashner is a modern day Adonis. Not only does he have the looks to accomplish all of his creative endeavors (which includes both acting and making music), but he also has the talent to match as well. Luckily for us at VULKAN, we were able to talk with Flashner as he discussed his love of sports, music, and why he decided to jump in front of the camera and push himself to act.

It all started while Flashner was playing basketball in Atlanta, Georgia for a program that prepares one for playing college ball; in fact, he credits his teammates as being the ones to introduce him to music such as rap and hip-hop for the first time. As he put it, “I was playing a post grad basketball program to get you to college basketball, and my teammates were really into rap and hip hop music, which got me into listening to rap and hip hop, and thinking more and more about writing music and that kind of lane.”

As he developed more of an interest into the genre, artists such as Drake and J. Cole left a huge impression on the young actor/musician; highlighting that their attention toward artistry and lyricism was an immediate eye-opener that encouraged him to write his own music. “I’ve always wanted to be more a lyricist…I [always] wanted to be a storyteller,” Flasher shares. “Sometimes music has a tendency to need to be catchy, but I’ve always been interested in people that have meaning behind their lyrics.” While experimenting and digesting the many different artists and sounds of hip-hop, he began to write his own lyrics—which eventually led to his popular and well-versed hip-hop and R&B sound.

During Flashner’s time as primarily a recording artist, he would find himself acting [in] and producing his own music videos: “I was doing music videos for my own music, and as I’d get on set, I’d hear it every now and then that, “I had a look for tv”, which I’d laugh off, until [one day] I actually received an email with a script for a television show.” From that day forward, it was non stop acting classes and being on set.

The booming young talent shares that although it may look easy, acting is not at all what it seems—and more times than not, Flashner tries to soak up whatever knowledge he can when on set. He states, “I have produced almost everything I have been in. Producing gives me a chance to gather multiple perspectives, so that I can understand as an actor, all it takes into bringing a project into life. Based on the type of production, each role may require a different style or presentation of acting and producing helps me understand that.”

His mentor Phil and acting coach Choice Skinner have been very helpful in motivating and guiding the soon to be Hollywood heart throb, and Flashner is no stranger to putting in the hard work that is required. One of the things he personally pays attention to when acting or producing is aesthetics: whether it be the aesthetic of the film or the aesthetic of the character he is portraying. His love for directors such as Martin Scorcese (Taxi Driver) and Quentin Tarantino (Pulp Fiction) both inspire him, as he questions their goals and purposes for directing or producing a film. Flashner shares, “I had to go straight to acting class, but I really wanted to work on the aesthetic…as I watch Scorcese’s (or Tarantino’s) movies, I wonder what their perspective is on life in general. I really appreciate how they put their own life’s experiences into the aesthetic of their films as well as their directing.”

Speaking of life experiences, Flashner’s days as an athlete are still amongst him. Although he may have currently dedicated his energy to his artistic passions, it does not mean he will never be able to play sports again. When asked about his ideal role, he expresses, “I’ve always wanted to play an athlete in a movie—an Arturo Gatti sort of boxing movie would be really dope for me. I’ve always loved sports, so if I could be like a basketball coach down the line when I get older—maybe like Coach Carter, or that new Ben Affleck film that just came out [The Way Back]; those are the types of roles that get me jazzed.” Certainly at the pace that Flashner is currently setting, his dreams of landing a large sports role will happen sooner rather than later!

At this rate, not even the coronavirus (COVID-19) can slow down Dylan Flashner (whose film Farewell Amor was featured in the Sundance Film Festival earlier this year). He says, “The Comeback Trail is the next movie that I’ll be in and it will be out this November, but we’ll see how COVID and everything goes with that (hopefully it won’t get pushed back too much). I actually have a lot in the vault right now (eight or nine films at the moment); but that’s the funny thing about film, you’ll work for a year and have to wait for a year for it to come out—but once it’s released, it is a very fulfilling feeling.”

When thinking about the rest of this year, Flashner plans on enjoying whatever peace, happiness, and freedom that this year has left to offer: “I’m going to take it in strides; get as much work in as I can, stay healthy, hangout with my family, and take care of everybody to the best of my ability.”

Thank you for hanging out with us Dylan Flashner, and we will absolutely be seeing more of you and your amazing talent on the big screen, very soon!