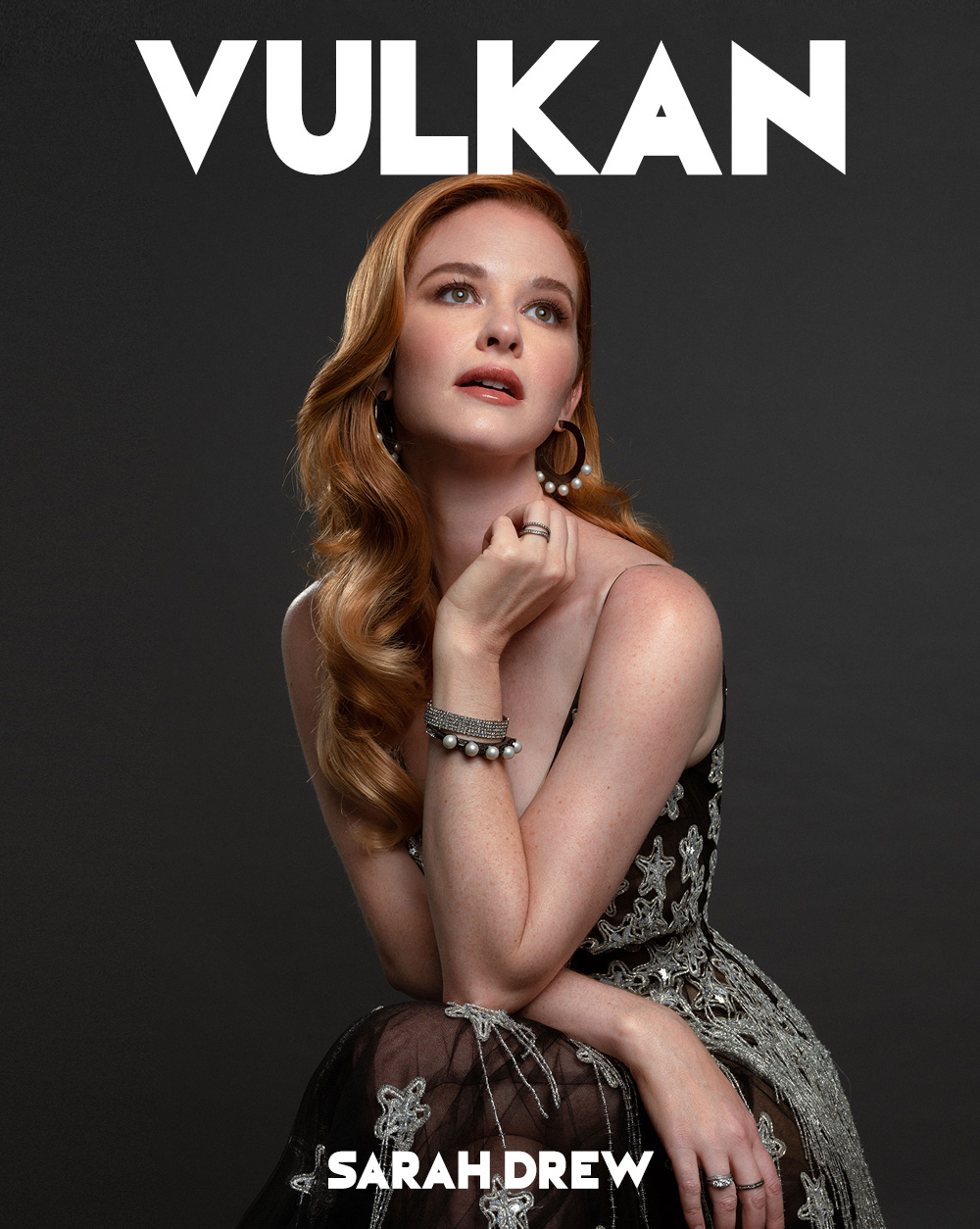 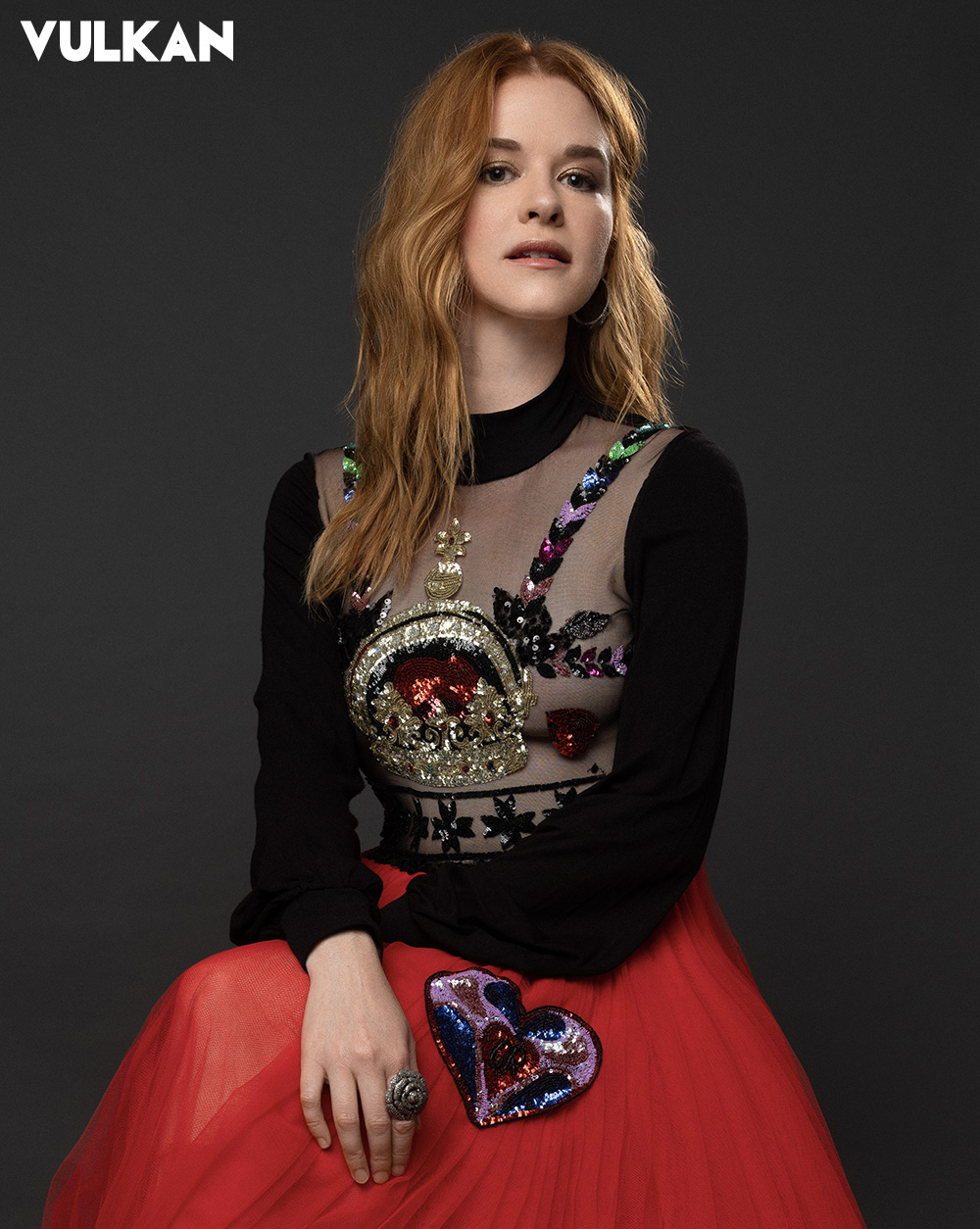 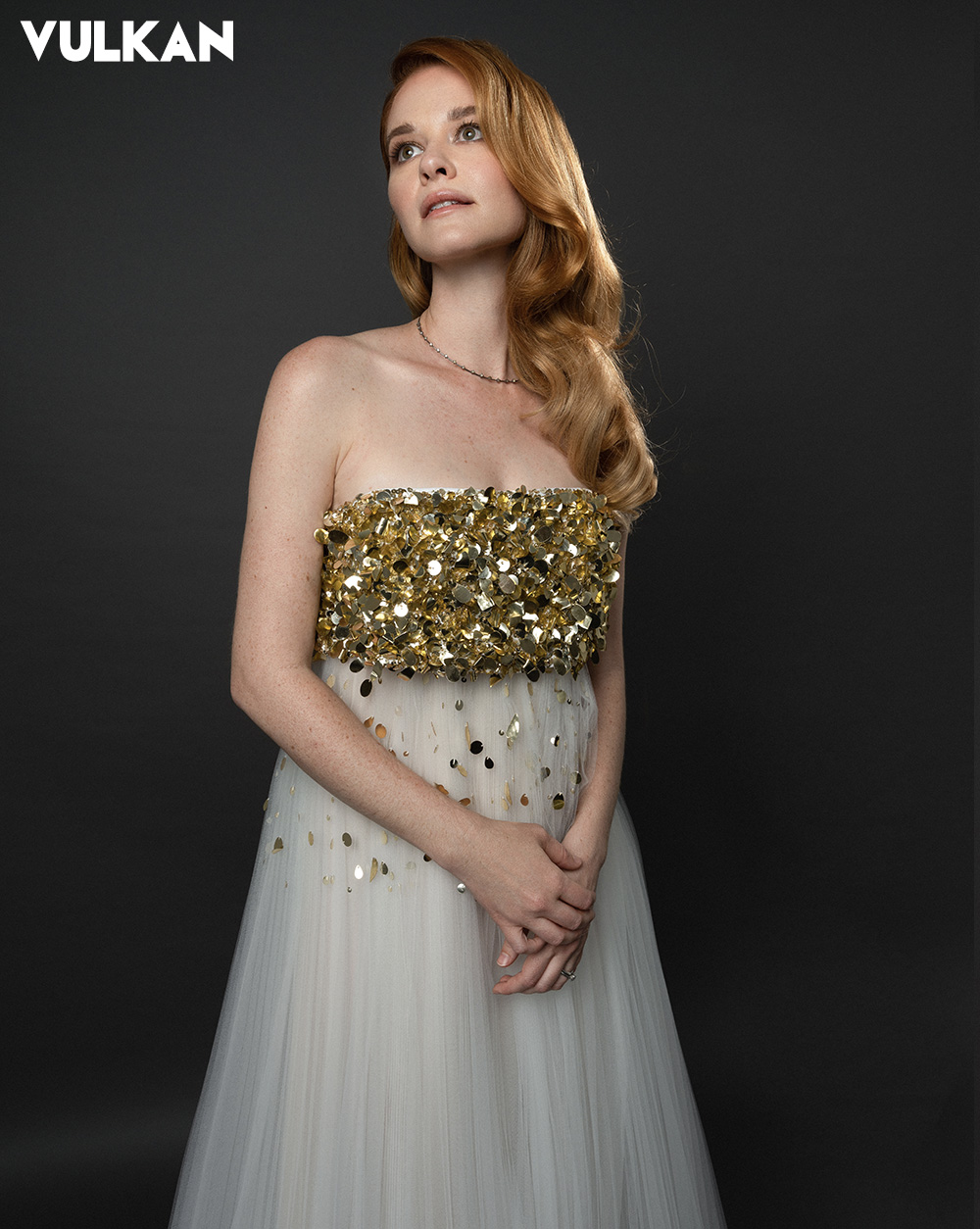 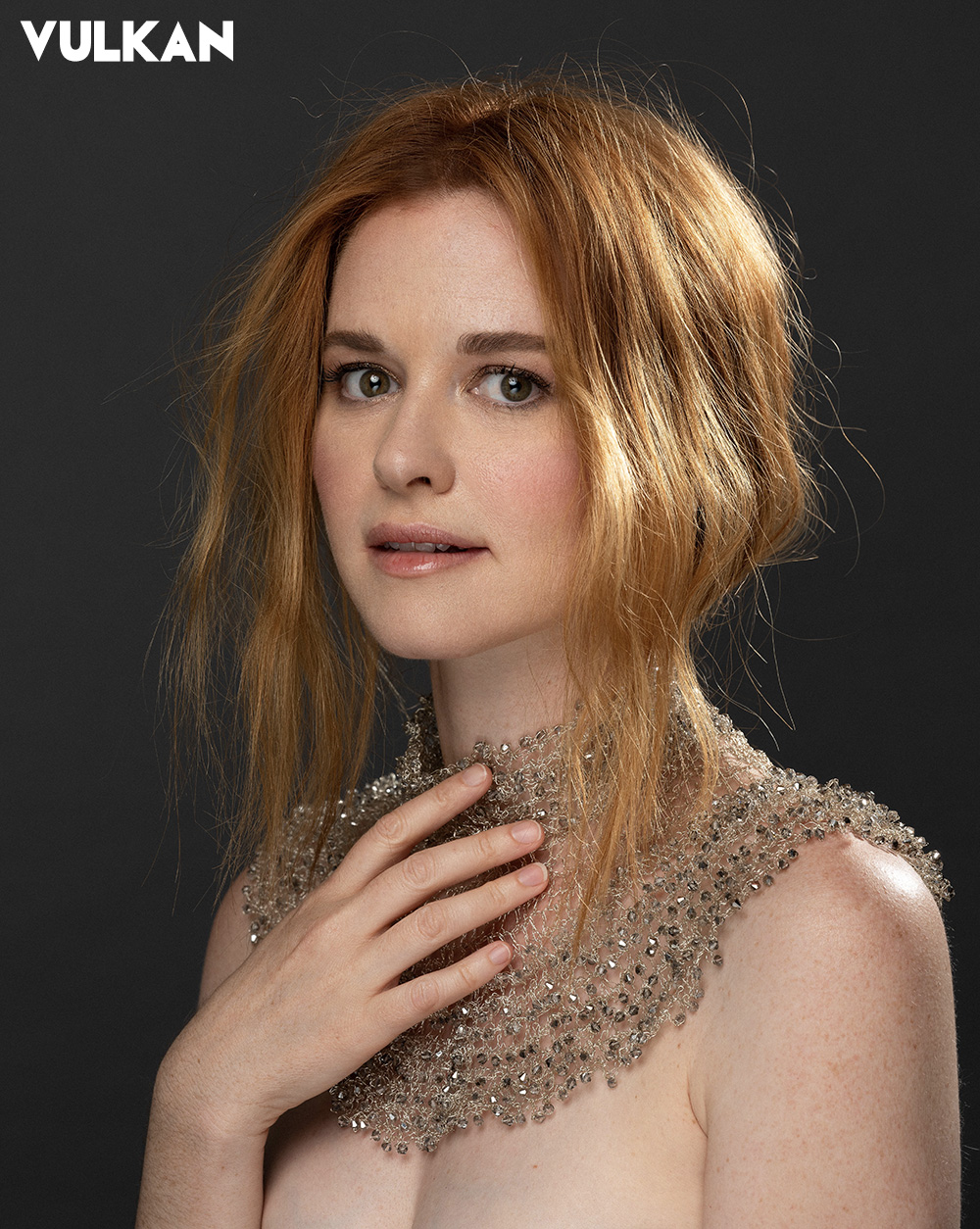 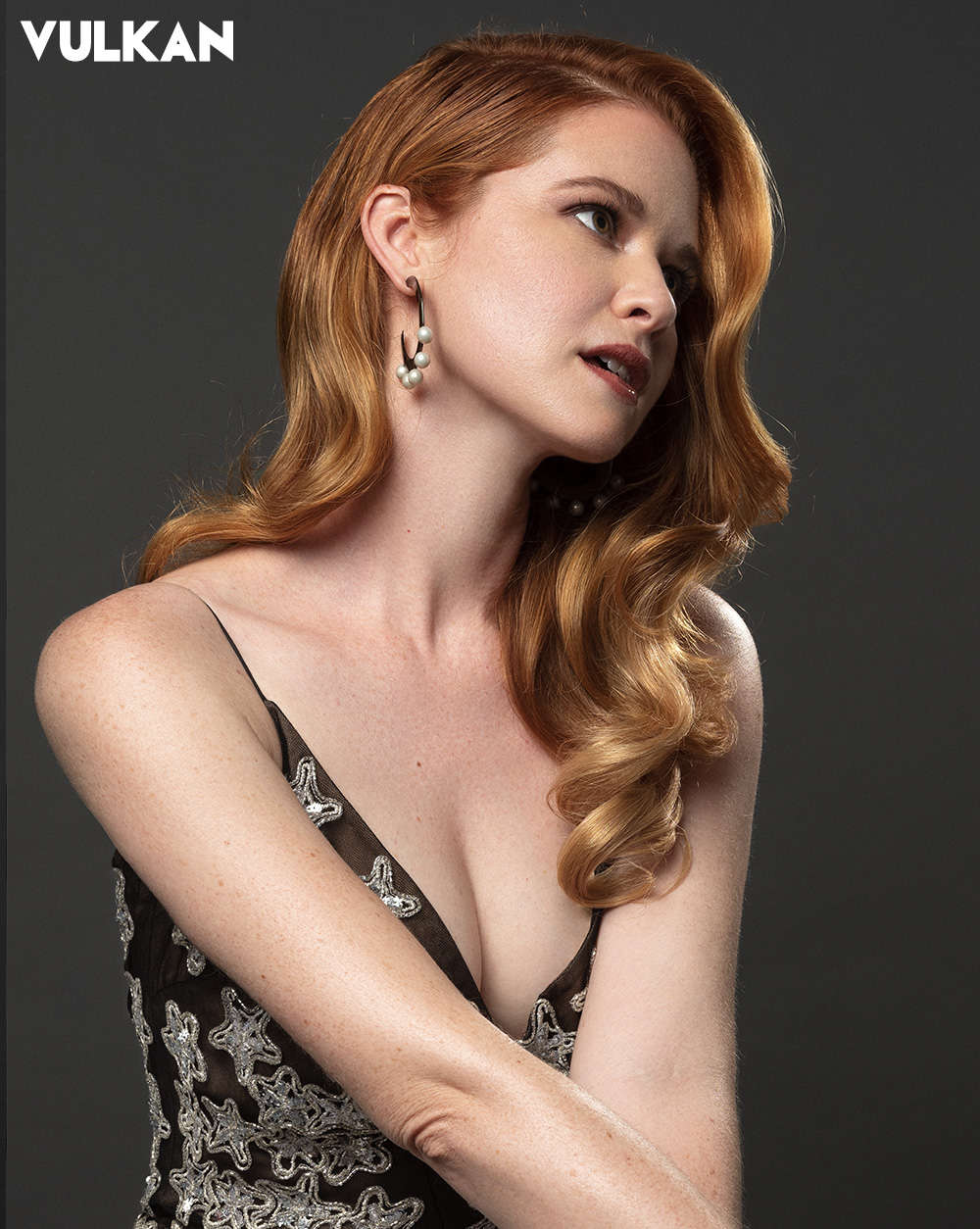 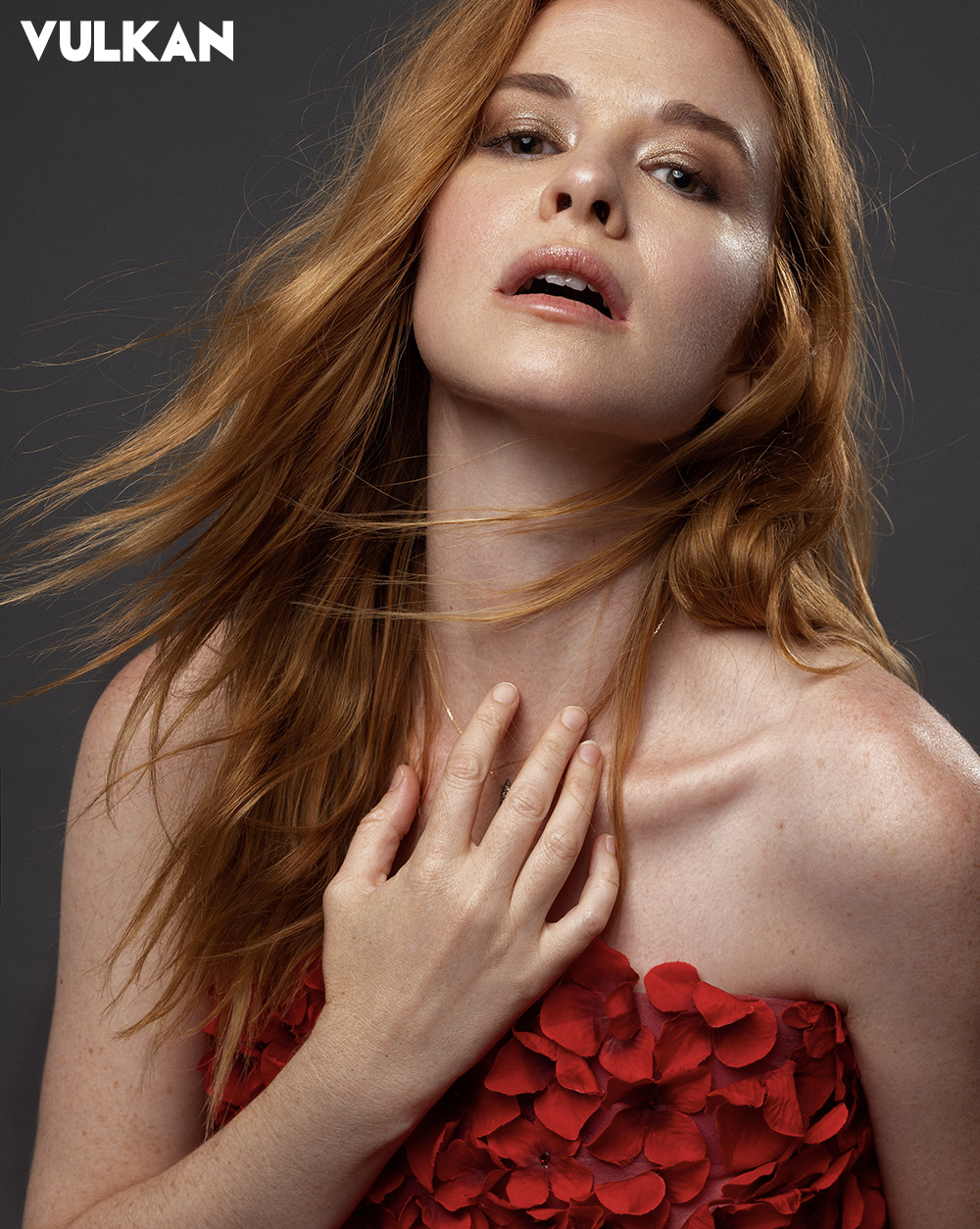 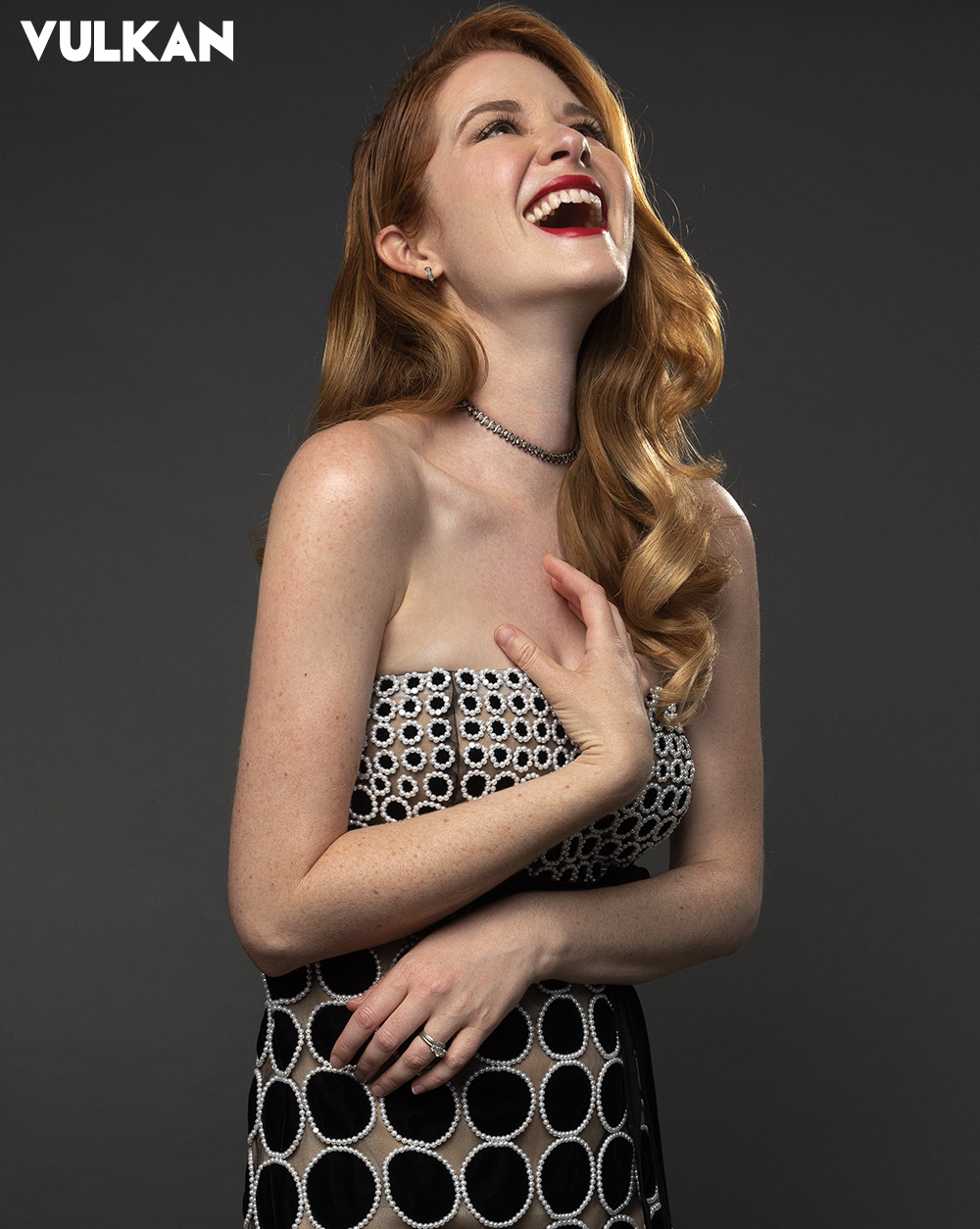 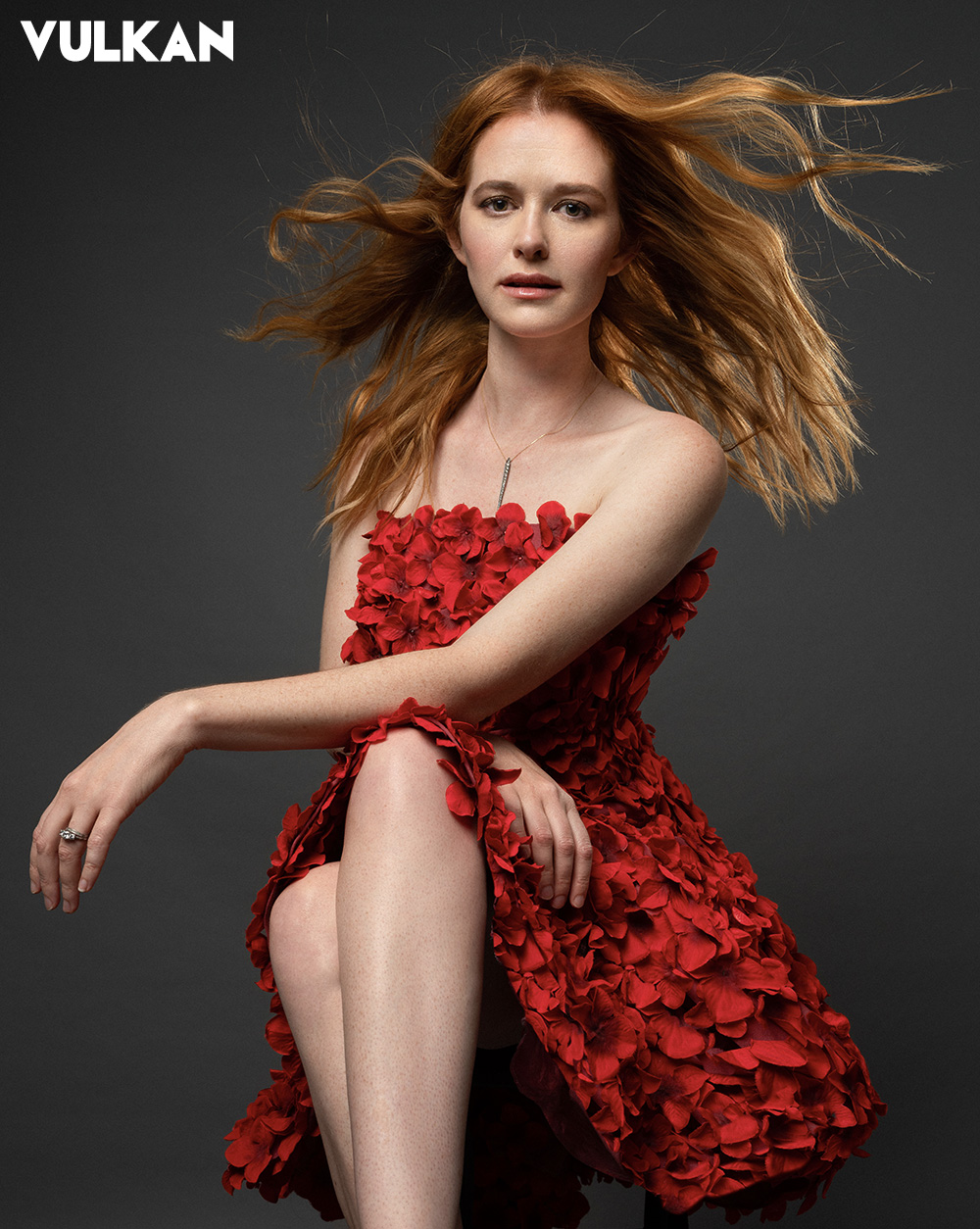 What many people do after working on a show for such a long time is taking some time off, but it appears that you chose to stay (really) busy. How much of this is a reflection of your personality?

This is 100% a reflection of my personality.  I’ve never been good at sitting still.  I think some of that stems from an unhealthy fear of not being enough if I’m not working hard all the time and I’m working on finding some freedom from that fear.  But I think the good part about it is that it’s a reflection of my desire to throw myself into whatever is in front of me with my whole heart.  I’m excited to tell more stories.  Storytelling has always been the greatest passion of my life, and now that I have more time available to me, I’ve been searching hard to find the right next story to tell.  I’m working on a Holiday romantic comedy right now that really resonates with me because it reminds me of my own love story with my husband.

Scrolling through your Instagram page I ended up in your recent and really emotional post about your departure to Vancouver. That’s something a lot of people in the industry have been going through, due to many productions moving out of California; how have you learned to deal with being away from your family it and is this something that plays a big part in you choosing a project?

I think it’s an ongoing conversation with my husband and my family.  At the beginning of my career, before Greys and before I had my kids, I was traveling all the time and there were times that the distance was really hard on my marriage and we had to figure out healthy patterns for staying connected.  We’re entering another season like that now, but the stakes are even higher now because we’ve got two little ones.  We are doing a lot of FaceTiming.  I’m checking in with them throughout the day and grabbing as many moments as I can to stay and feel connected to them.  It’s hard, but it’s part of the gig, and what’s wonderful is that my husband is so extremely supportive.  He is my greatest cheerleader- he always has been, so when we are operating out of that truth and that reality, it makes the distance easier to navigate.

Your next movie, Indivisible, starts both Justin Bruening and Jason George. How did this project come to be, was it something you three planed while working together on Grey’s?

No.  Actually, I was just venturing into the producing world last year.  I had optioned a book that I was pitching around town and one of my producer meetings was with Darren Moorman.  After pitching my story, he started pitching me one that he had that was about to go into production.  That was Indivisible.  He was interested in having me star in it, and I loved the story and asked to come on as an executive producer.  The team said yes, and then I pulled all my buddies on to the production.  It was really really fun to be a part of the storytelling from start to finish!

By now we all know of your directing debut in the Emmy nominated B-Team series, but what is your next move when it comes to directing?

I’d really like to direct a feature length project- whether its for TV or for the big screen.  I’m in the process of looking for the story that I want to tell.  I have a few things that I’m thinking about right now, but I learned while directing the web series, that directing is a gigantic commitment, and I really want to be passionate about the story I tell before taking on something so enormous and consuming.

Was directing always the next step for you, or something  you learned to appreciate and want to be more familiar with?

Honestly, I was pretty intimidated by directing.  I didn’t think I’d be able to keep all of the elements in my head at once. I’m used to being completely consumed by what my character journey is, and I was worried that I wouldn’t be able to hold all of the other information (every character journey, blocking, props, visual direction) in my head – not to mention the whole camera aspect was like learning an entirely new language… But, when I was producing Indivisible last summer, I got bit by the directing bug.  I found that it was actually pretty natural for me to hold all of the information in my head.  I was good at tracking character journeys.  I could tell when something felt right or wrong visually, and I was able to think about all of the different elements at the same time.  I also found that I had gifting in leadership and problem solving.  Once I got a taste of it, I immediately called Debbie Allen (our producing director on Grey’s) and I asked her if I could shadow and she offered me the opportunity to direct the web series Grey’s Anatomy B-Team.

As an artist, what was the biggest difference you noticed moving to the other side of the camera?

It’s just storytelling from a much bigger perspective.  I had to have the whole trajectory in my head when working on each scene instead of being just completely in the present moment for my character.  There’s also a lot of problem solving that goes into directing, that we don’t have to do as much of as actors.  And honestly the biggest difference is using the camera to drive the story and work hand in hand with the actors.  That is still something I’m learning a lot about.

The process as a director is completely consuming.  I spent hours and hours prepping for B-Team.  There is a tremendous amount of pressure on a director to keep the train moving, to make our days, while also figuring out where to put the camera, how to block the scenes and how to take care of the actors.  When I was prepping my blocking, I tried to put myself in the shoes of each character to find the authentic places for them to move and to find the most honest intention for their emotional journeys.  When I’m acting, I only have to worry about what I’m doing.  I also love thinking about how all of the elements work together to tell the story.  It’s an all encompassing experience of storytelling and that makes it very exciting for me.

At this point in your career, you’ve produced, acted and directed. What’s next?

I want to do it all. I want to find the right project to direct and produce, and I’m really looking forward to jumping into a new character to play as well.  For me, it’s all about the story.  I’ve been talking to a few different producers about potentially developing some new series and that’s been fun.  Nothing set in stone by any means, but I’m dreaming big right now.

What is your dream project at the moment, be it from a directing, acting, writing or producing point of view?

Purely from an actor’s perspective, I’d love to do a period piece.  I’ve always wanted to do something in the Jane Austen era.  I also just did a radio play for LA Theater Works where I got to play Lucille Ball, and it was such a joy to live and breathe in that era as well.  I’d like to get out of this time period and play in another era.  I’d love to make the space to continue to pursue directing and producing as well.

You were just in a play with Oscar Nunez, and knowing you started in theater at a very young age, I cant help but wonder if that’s something you miss doing?

Oh yes! I miss it tremendously.  I’ve done a few of the live radio plays with LA Theatre Works and every time I do one, I feel a deep yearning to be back on stage. I love the exchange of energy between the audience and actor.  I love that the audience feels like another character in the show, and I love getting to tell a story with every element included from start to finish every night. I miss the rehearsal process as well.  I love digging into scenes and discovering what they are really about over the course of several weeks.  I miss theater tremendously.

In a world so twisted and endangered, movies and TV shows are one of the only forms of escape we still have left; and you, through one of the most beloved shows in modern history, accomplished as an actress what many people desire in any type of job: to change peoples lives. How does it feel to know you were able to help millions of people get through?

I was absolutely blown away by the impact of April Kepner’s story.  I received so many letters, tweets, etc from people after the episode where our baby died, and even more so after the episode where the dying Rabbi (played by the incomparable Saul Rubinek) brought April back to life.  It’s a common occurrence for someone to meet me on the street, begin to tell me how important my character’s faith journey was to them, and then begin to cry in my arms.  What was most incredible to me after the episode where April’s faith was restored, was that I had people writing in to me from every walk of life- every religious background, atheists, agnostics, people who were spiritual and people who weren’t, and the story seemed to have a universal relatability.  People began to heal in their own lives after watching April begin her healing process.  I will say, being able to be a part of that healing is the greatest privilege of my career to date.

How much more do you think the artistic realm can do to induce change?

I Think artists have incredible influence in our culture.  I think the greatest thing a good story does is to allow people to empathize with people with very different stories.  We are in a moment in American culture where we are so polarized.  We’ve created camps.  I’m on one side, you are on another, and if you don’t agree with me, you are the enemy and I don’t want to hear anything from you.  What good art can do is build a bridge.  My dad calls it “incarnating and issue”. As soon as an issue (whether it be sexuality, or immigration, reproductive rights, etc) becomes represented in a complicated person with complicated feelings and a complicated story, people become people, and they cease to be representatives of merely an issue. They cease to be the enemy.  Us vs Them cannot exist when we see each other as people with stories that aren’t so different from our own.  I think we have the opportunity to build bridges as artists if we use our art in the right way.

Who do you look up to at the moment?

I love what Reese Witherspoon is doing now with her production company. I love her passion for storytelling and I love her commitment to her family. I love that she seems to be doing it all with such grace and balance.

If you could suggest one thing, and one thing only, to your readers, what would it be? It can be a book, album, movie, artist.

I recently read the book “Daring Greatly” by Brene Brown and it was incredibly impactful to me.  Her insight into how vulnerability can help us to lead more wholehearted lives as leaders, parents, artists, and humans, and how shame can block us from the wholeheartedness we were made for was incredibly insightful and transformative.  I would recommend this book to anyone and everyone!

Sarah Drew’s issue will be out end of September for print orders.