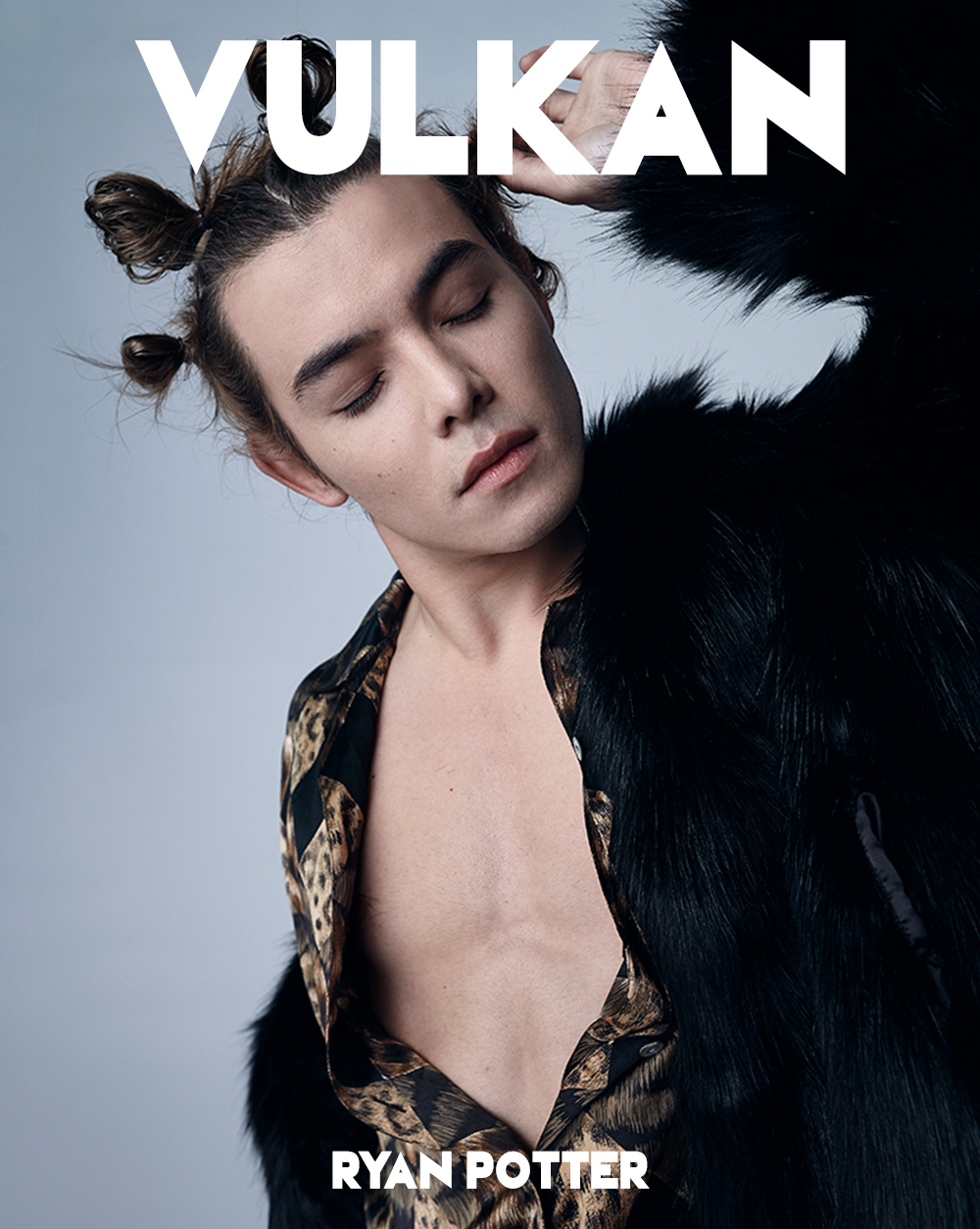 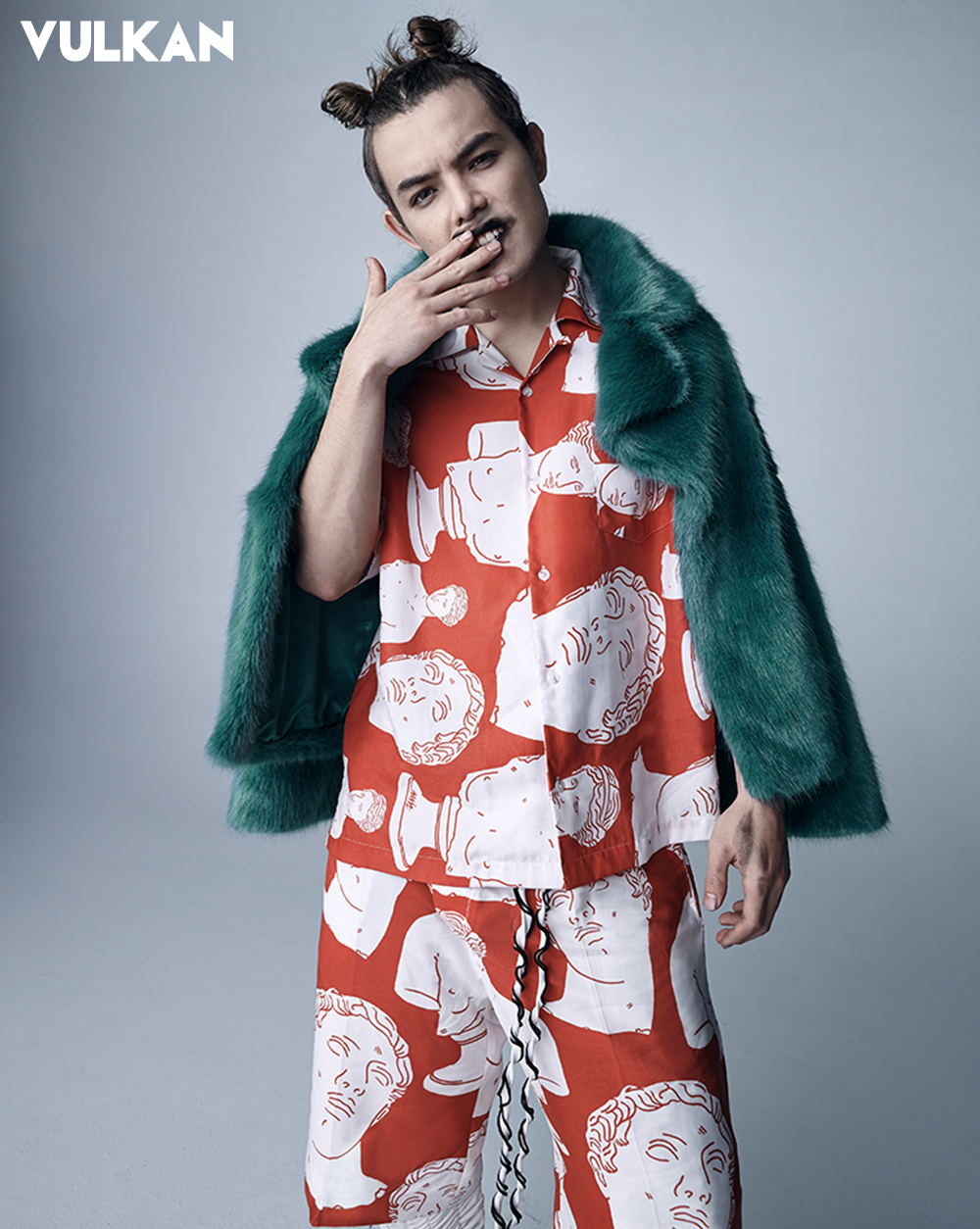 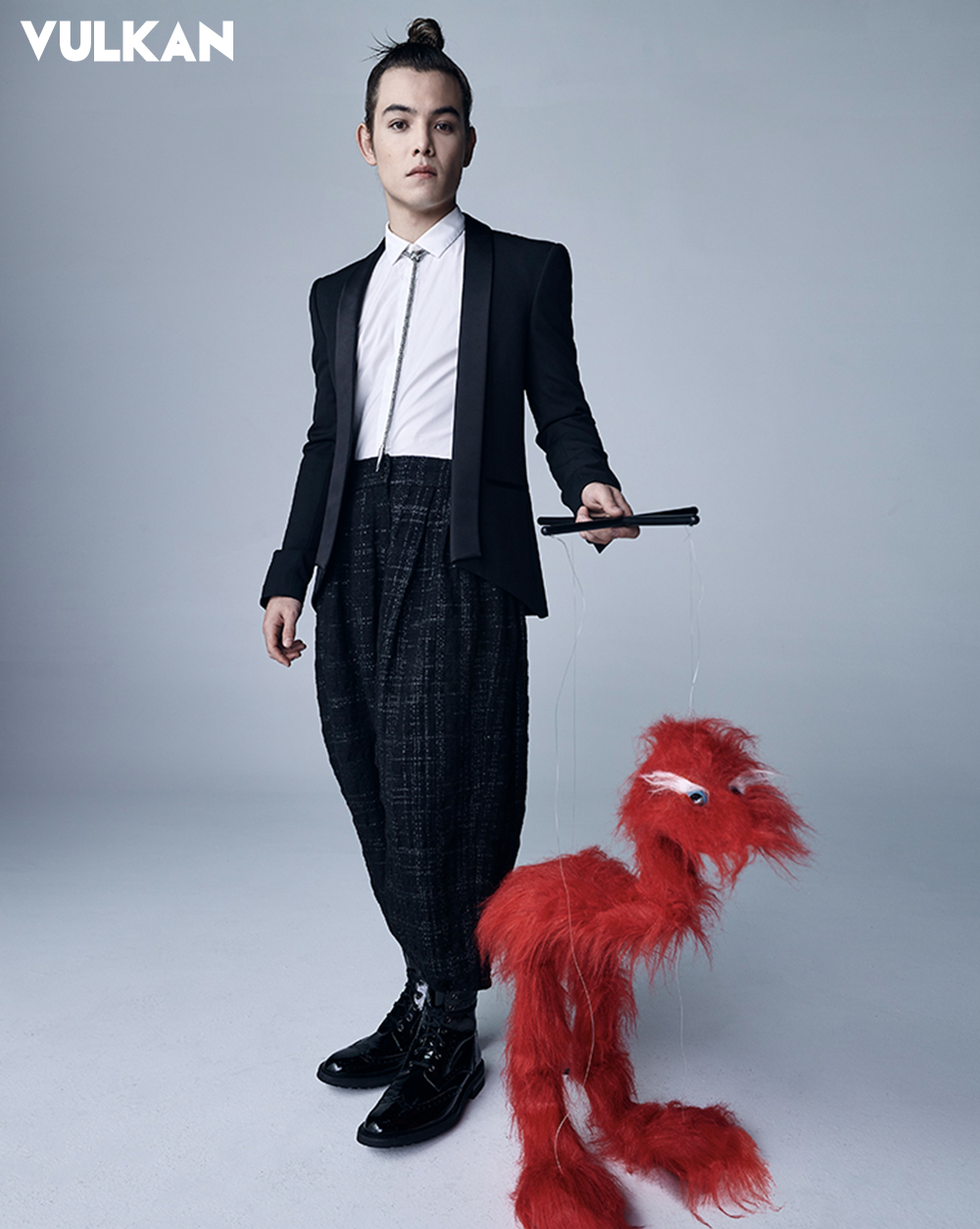 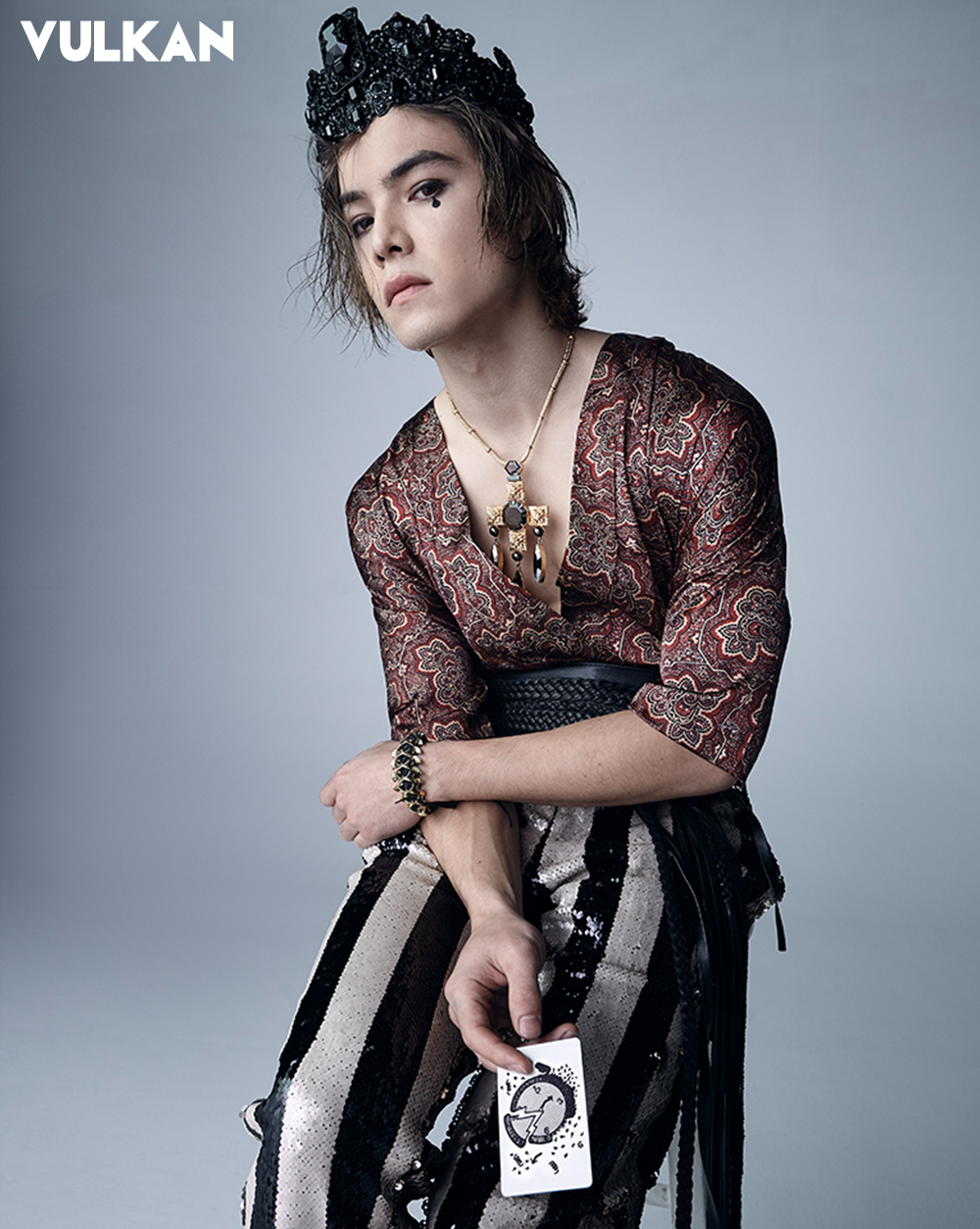 If you’re anything like me, you immediately fell in love with the gifted, plucky, kindhearted Hiro Hamada as soon as Big Hero 6 hit the big screen; the story was not only an audience favorite, but also gained attention for its blending of both American and Japanese cultures, representative of Hiro’s and Potter’s biracial identities.  What audiences may not know is that Ryan Potter, who brought Hiro to life back in 2014, is just as gifted and kind hearted as his character.  Currently one of the stars of the DC Universe television show Titans!, Potter has continued to grow and flourish as an actor while also advocating for positive change in Hollywood and beyond.

In one of the earliest projects of his career, Supah Ninjas, Potter gained legendary mentors like George Takei, someone whose guidance has inspired Potter throughout his life and career.  “Showing up to work at 13 ½, 14 years old on a series with no prior experience, George was very much a mentor and a guiding hand. I would say that Asian American representation on camera in the last 60 years has been nothing but harmful, and if it wasn’t for people like George Takei, I don’t think we would have the voice that we do in the industry,”shares Potter. “So he kind of has helped to push my hand and my voice to continue to speak out and to view myself as a multi-dimensional human being on camera, as opposed to just a token.His behavior in the industry has been nothing but admirable and respectful.”

Just as Takei inspired him to do, Potter continues to advocate for positive media representation for historically maltreated groups.  His role as Hiro Hamada was groundbreaking, as Hiro was the first biracial protagonist of a Disney film. In regards to the importance of a biracial character like Hiro, Potter said, “I think it starts a new conversation.  I feel like in Hollywood, there’s this push right now to get diversity on camera, but diversity on camera doesn’t necessarily mean casting. There are gray areas to diversity like this in the community which I belong to, which is being biracial and belonging to multiple communities. Being this fully well rounded human being that doesn’t exist 50% in one world and 50% in another. “ Potter goes on to explain how he believes there will be a “rise in terms of representing diversity in even bigger minority groups.  Like Asian Americans on camera is one thing, but then finding people that are biracial is a whole other story.”

As seen with Big Hero 6 and his current project, Titans!, Potter puts his money where his mouth is, opting for projects that align with his values. “I think DC has done a pretty damn good job of casting the right person for the right role.  In terms of their inclusion of diversity and branching out in terms of where they find their talent, I think they’ve done a far better job in representing what humanity looks like in today’s world.  It’s cool to join a team that is doesn’t necessarily look like one tone, or one palette, or just all very single-ethnicity.”

In addition to aligning with Potter’s values, Titans! has allowed Potter to grow as an actor as he plays Gar, also known as Beast Boy on the DC Universe show.  The show’s live-action inspiration, Teen Titans: Go!, was actually part of Potter’s childhood.  Because of this, his new role is a dream come true.  In regards to getting to play a superhero like Beast Boy, Potter says, “It’s a dream come true, it’s childhood wish fulfillment.  For me, ultimately, it’s strange. I have to kind of explain why it’s strange because growing up in the States, there weren’t many animated shows that I watched, and one of the only animated shows that translated was Teen Titans.  It’s kind of bizarre when Beast Boy was a part of your childhood in the way that he was, and for me then to be able to play him in a live-action version.”

Having to play an existing character in an already established universe can be a challenge for anyone; even so, while initially fans of the original Teen Titans was met with some skepticism, the fan reaction since the release of the first season has been overwhelmingly positive, leaving Potter appreciative of his opportunity to join the DC Universe, despite the pressure he may have felt from fans. “I think a lot of preconceived notions about the show were shattered with how well the show’s shot and how intense the action sequences are, while still maintaining the heart of each of the characters.”

With the show’s successful first season, it was announced at San Diego’s Comic Con this summer that the second season of Titans will be released on September 6.  This season, fans can expect even more characters to participate in the action, something that allowed Potter to explore the chemistry between different sets of characters.  “We start to explore different partnerships and relationships and there are different group dynamics because of how many characters we have.I’ve been able to allow Gar to explore new relationships and new friendships.”

In addition to learning about others through the filming process, Potter’s experience playing Gar has prompted positive introspection.  “I think I’ve always been an optimistic and bright person, and I think that’s why I was able to bring that level of levity to the character, but it’s nice knowing that it’s more easily accessible in my daily life than maybe I initially thought.”

Although he has already accomplished much at just 23 years old, Potter still holds big aspirations for the future of his career.  “For me, I’d love the opportunity to work on a voice-over project with someone like Mark Hammil–someone who’s able to leave the live action scene–not entirely leave it, but to be able to transition over to voice over almost entirely and create so many different voices and characters.” For Potter, Rick and Morty represents some of the most well written animation on television  in the last couple years and if he could work with them it would truly be an amazing experience.

Just as Potter uses his platform to advocate for positive change in Hollywood, Potter is also an avid supporter of charities like Big Brothers and Sisters, a group that pairs adult mentors with children across the world to enact lasting change in children’s lives.  “I am a direct by-product of some charities. I owe some of my success and a debt of gratitude to organizations like Big Brothers and Sisters,” Potter said. :Growing up in America essentially without any sort of Asian American role model–there’s a lack of cultural identity that I can relate with.

In addition to Big Brothers and Sisters, Potter aids with Covenant House, an organization which helps with the homelessness issue present in the United States. “There’s a lot of organizations that need help that do good work.  It’s not the ‘cleanest’ PR that many people want to touch because it’s ‘ugly’ PR, but there is a major homelessness epidemic that is going across all of America. There are deeper issues that need to be talked about that are the root and the cause of the homelessness issue.  If we live in a first world country, we need to act like it and we need to provide for people that aren’t as fortunate and have been down on their luck and we need to try and lend a helping hand. If we are the country that is going overseas and helping people abroad, we’ve got to learn how to help the people at home first.”

Overall, while Potter’s theatrical chops have set him apart as an exceptional actor in both live action and voice over work, his dedication and work towards making not just Hollywood, but the world a better place is what makes him remarkable.  Just like his mentors and idols imprinted their value and work ethic upon him, Potter is sure to serve as a role model for the next generation of up and coming stars.