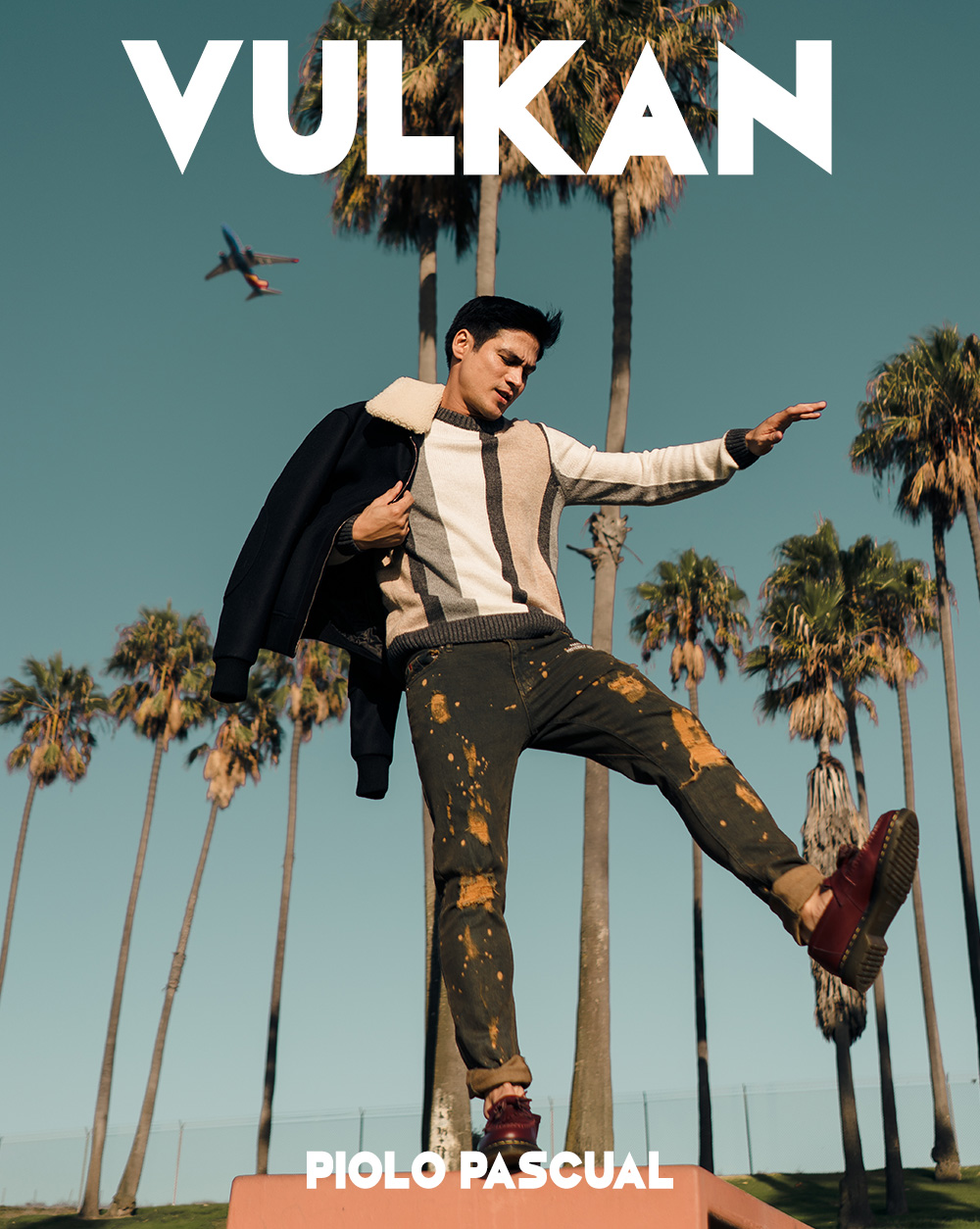 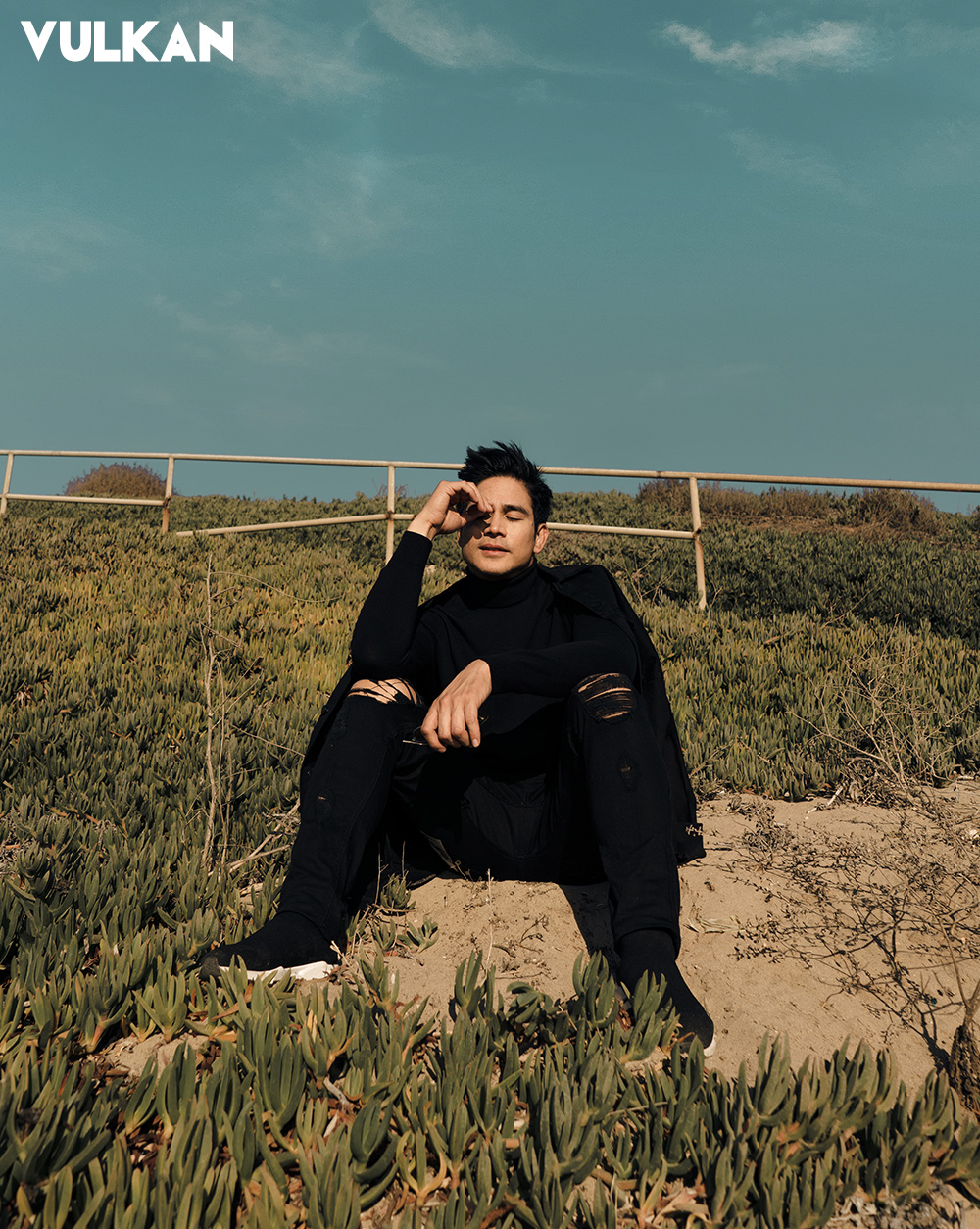 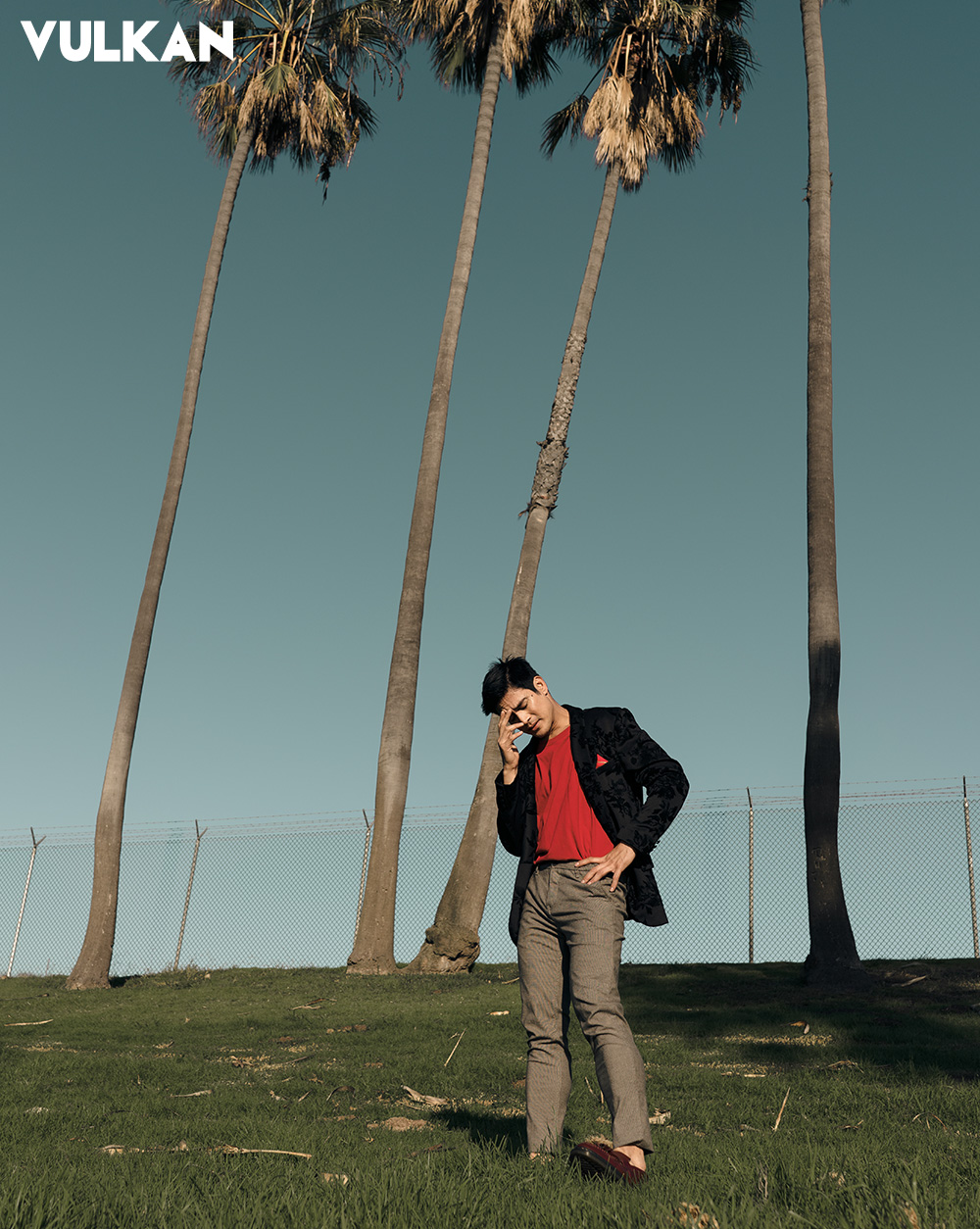 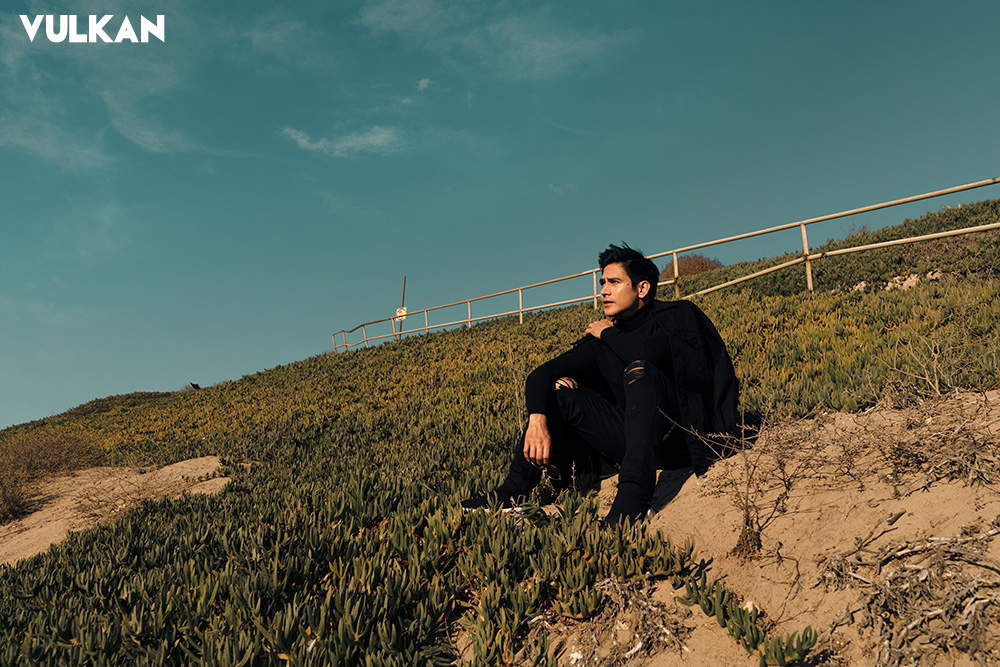 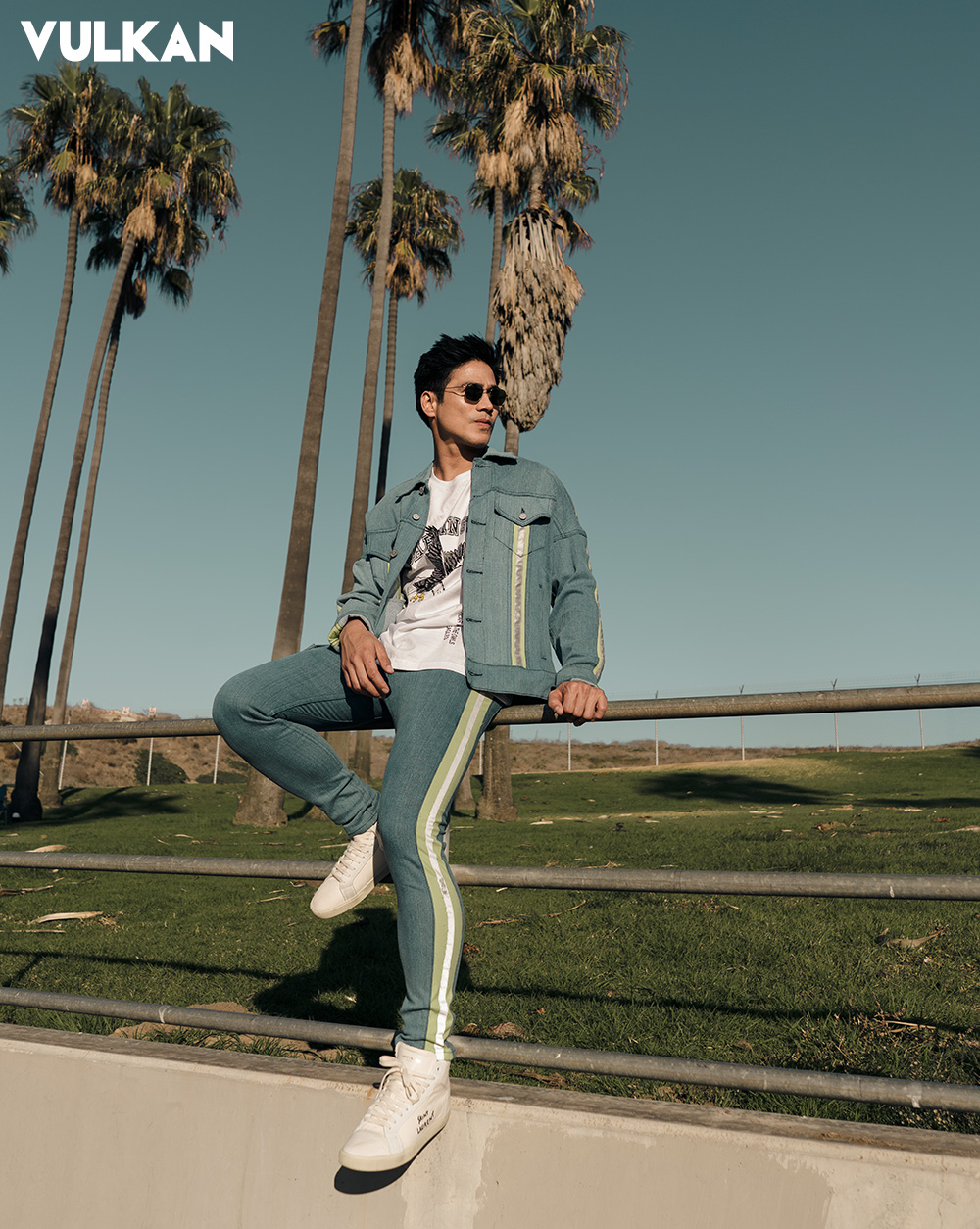 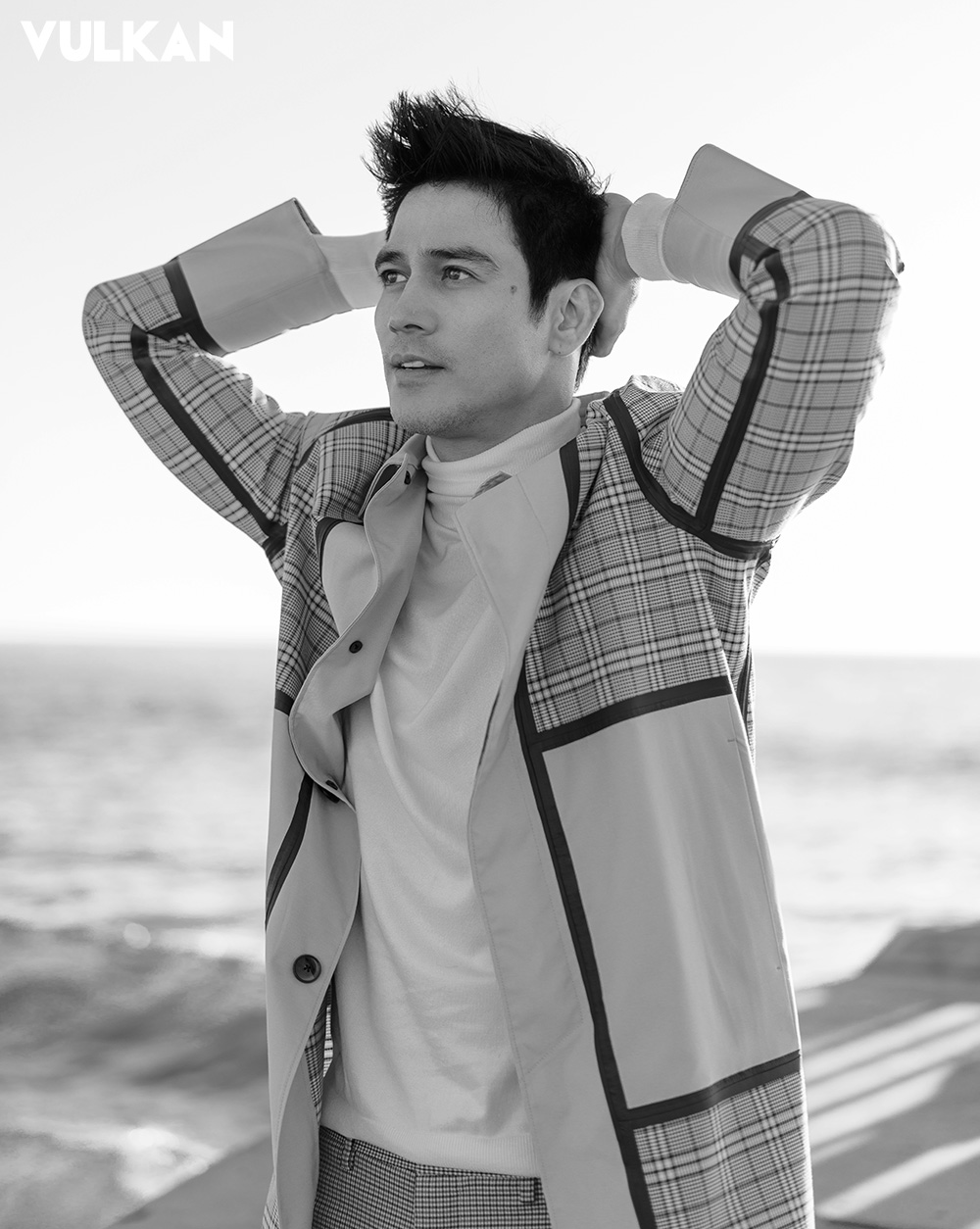 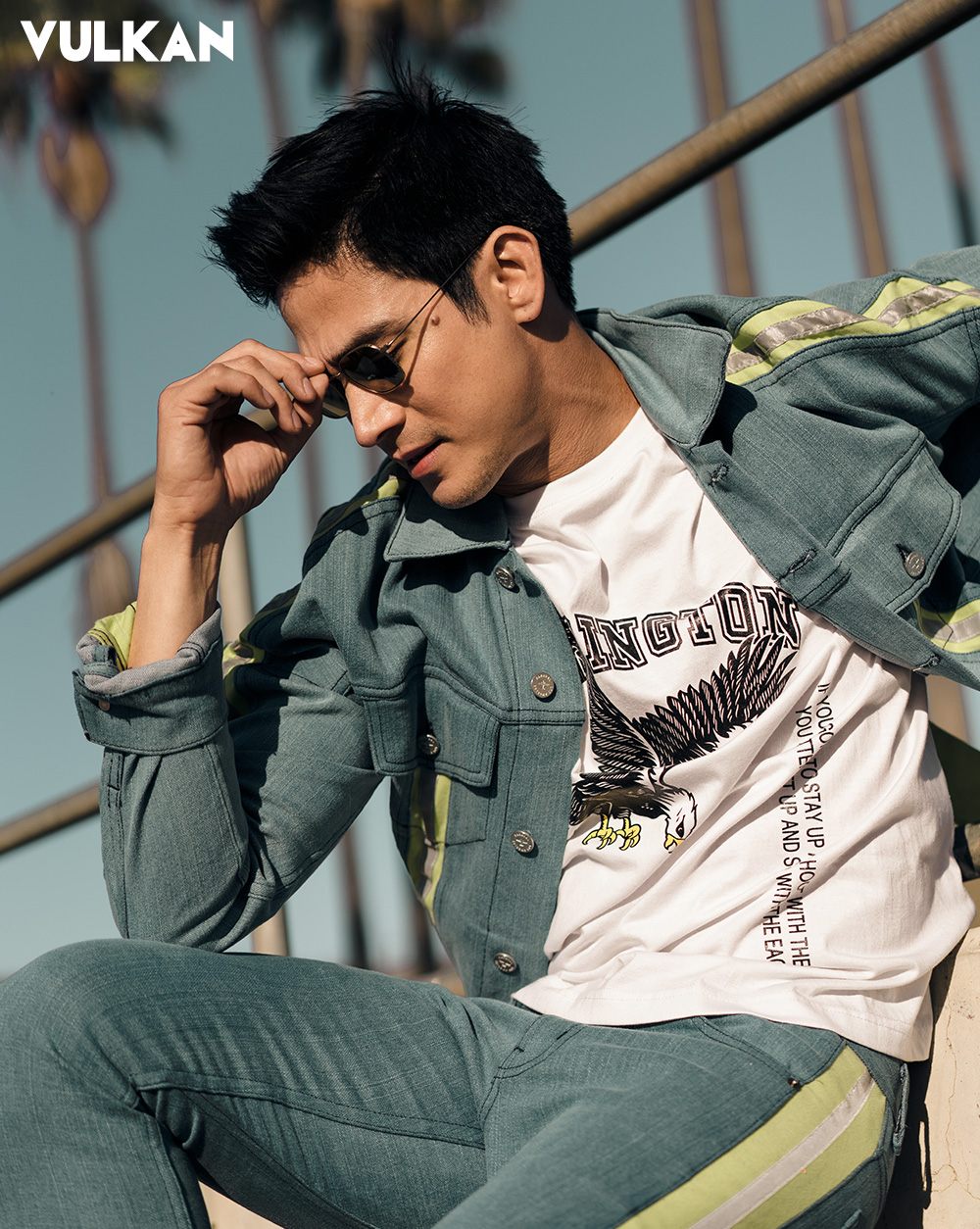 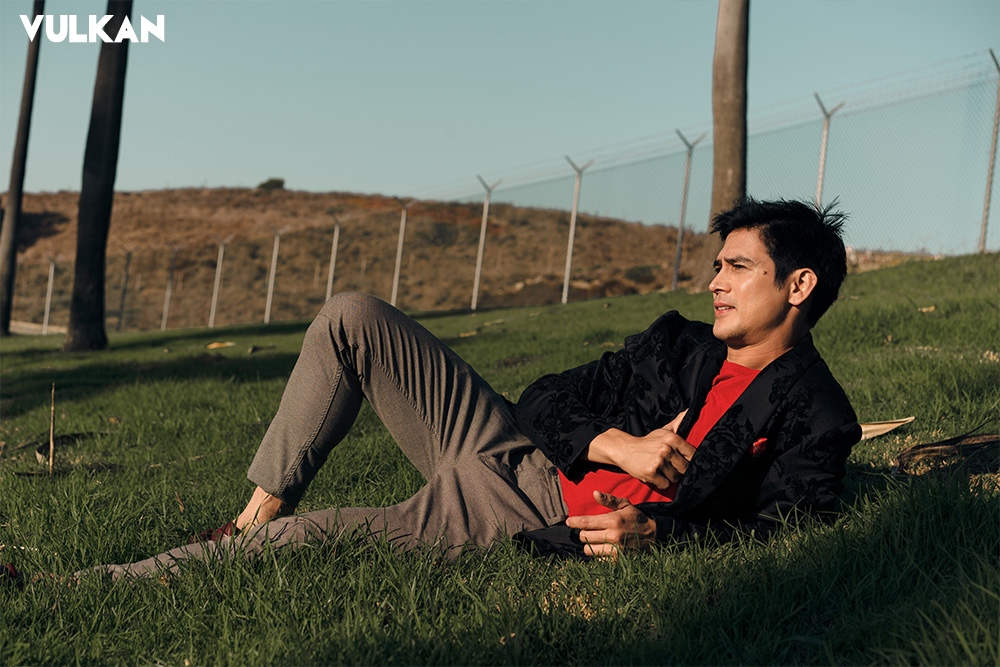 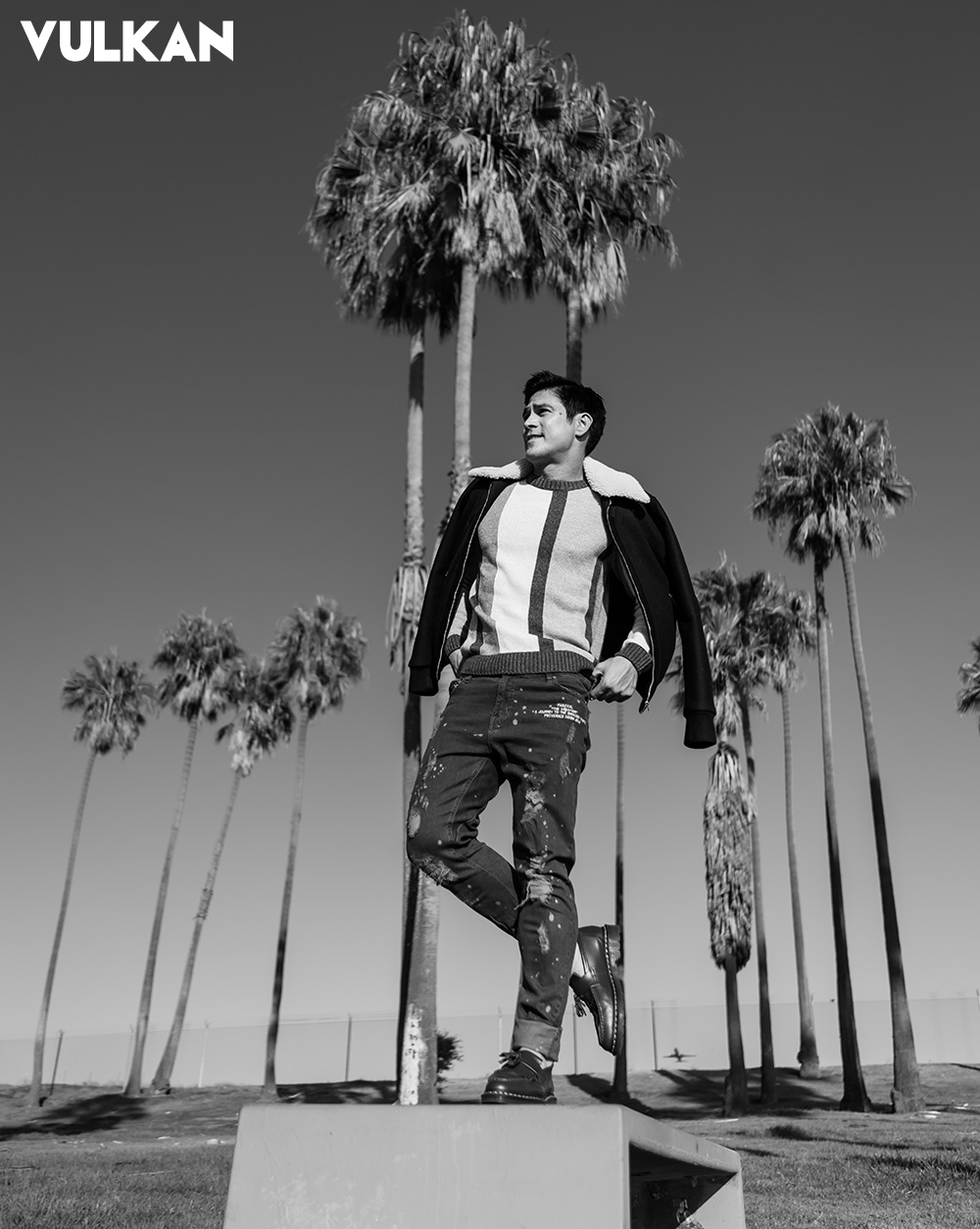 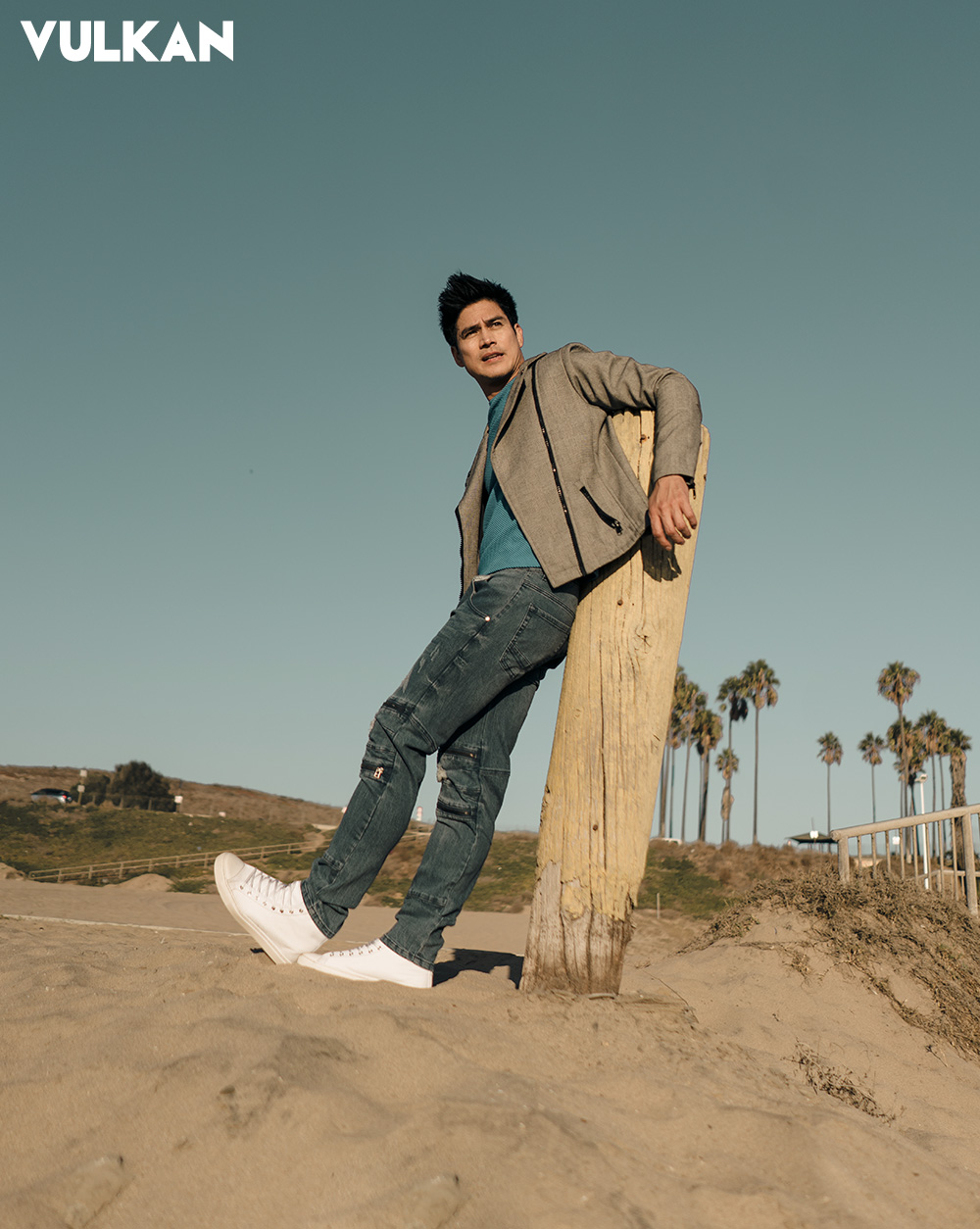 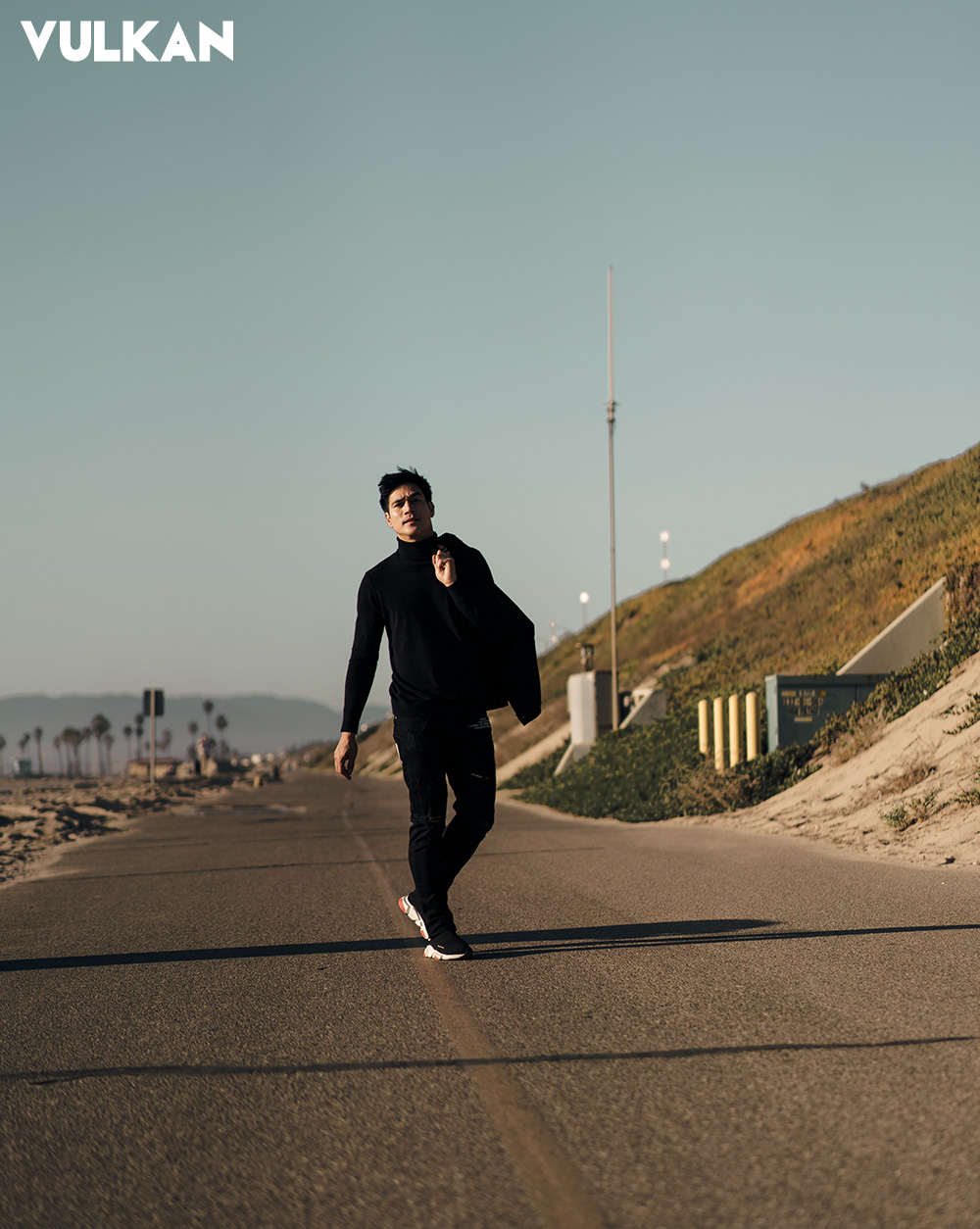 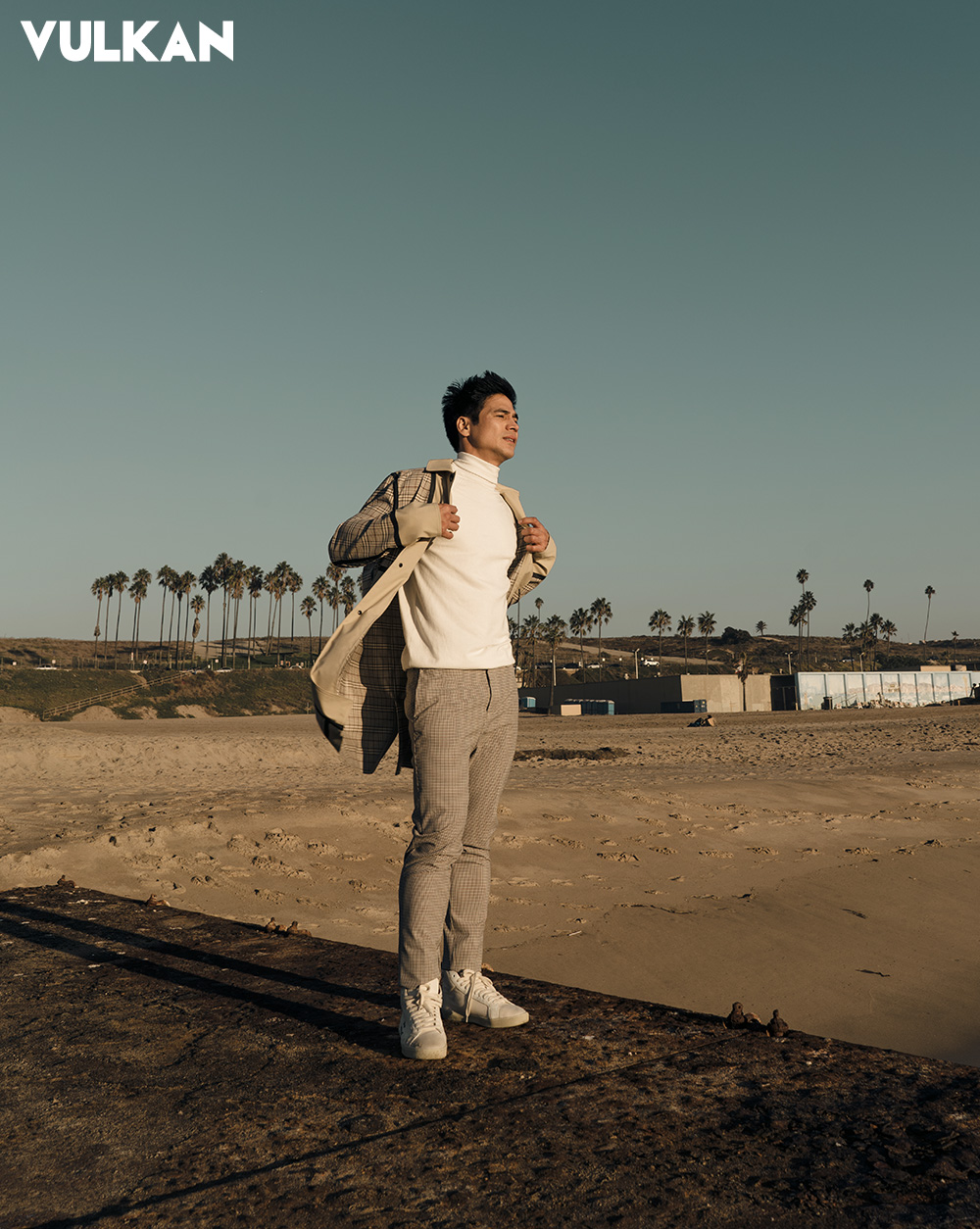 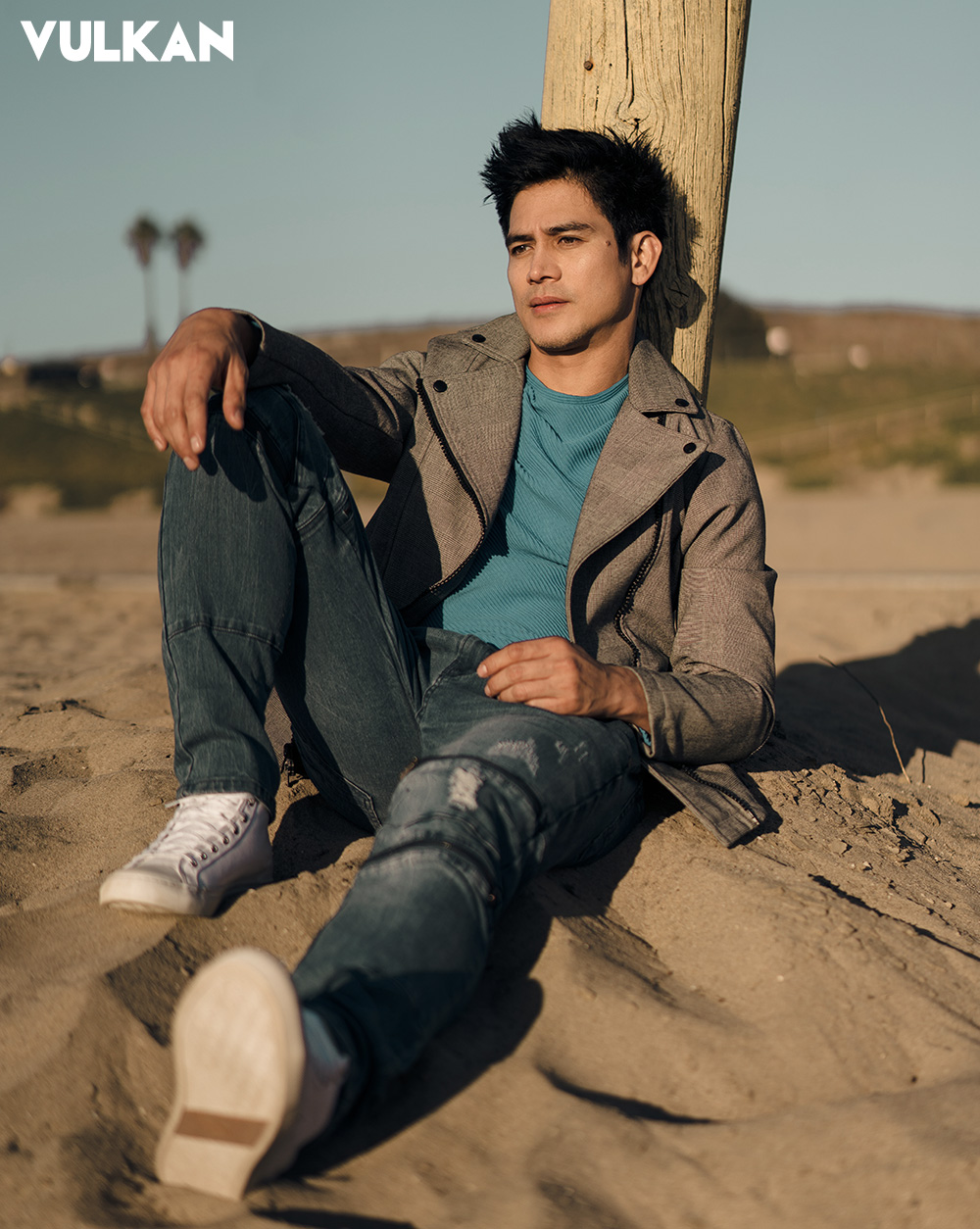 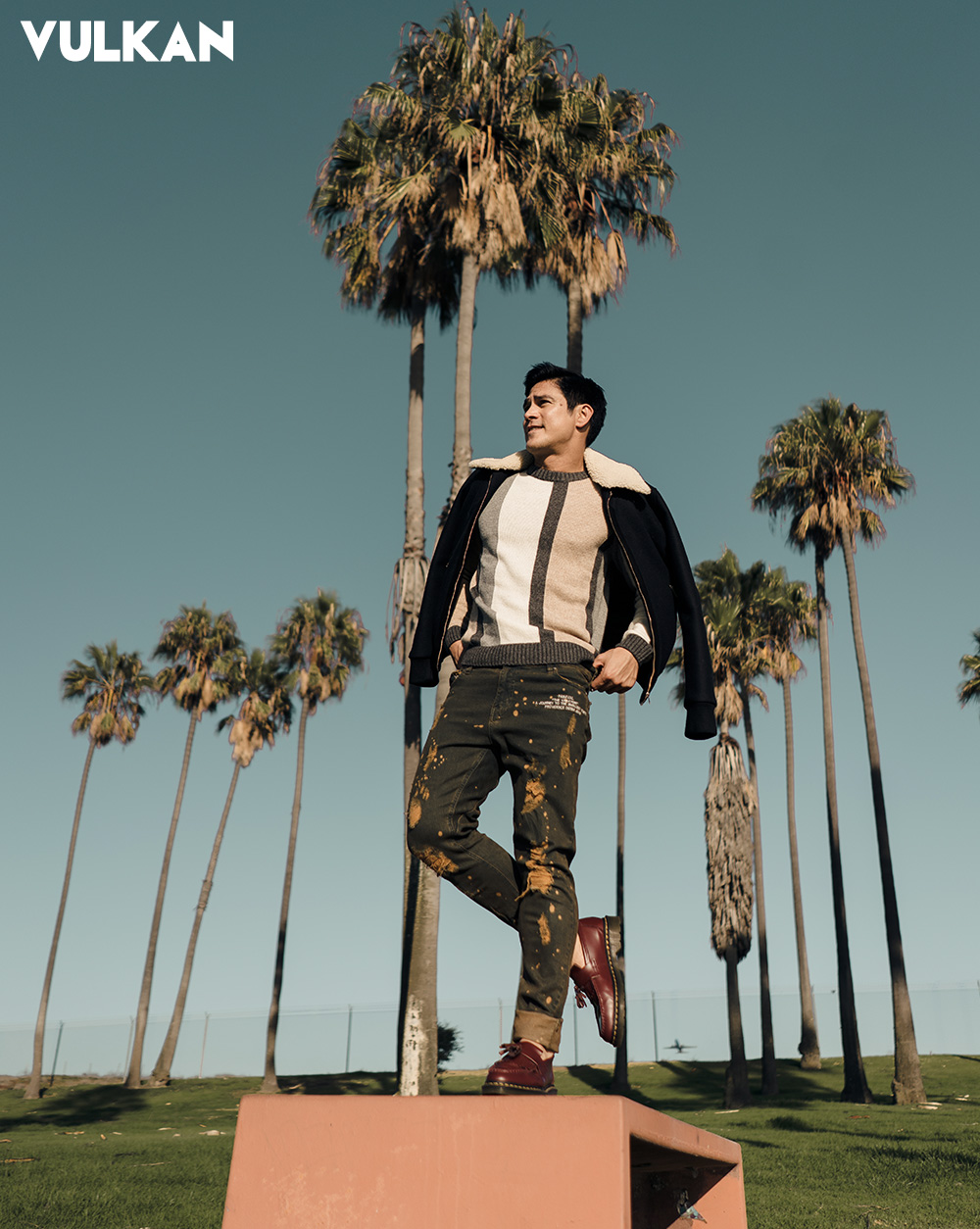 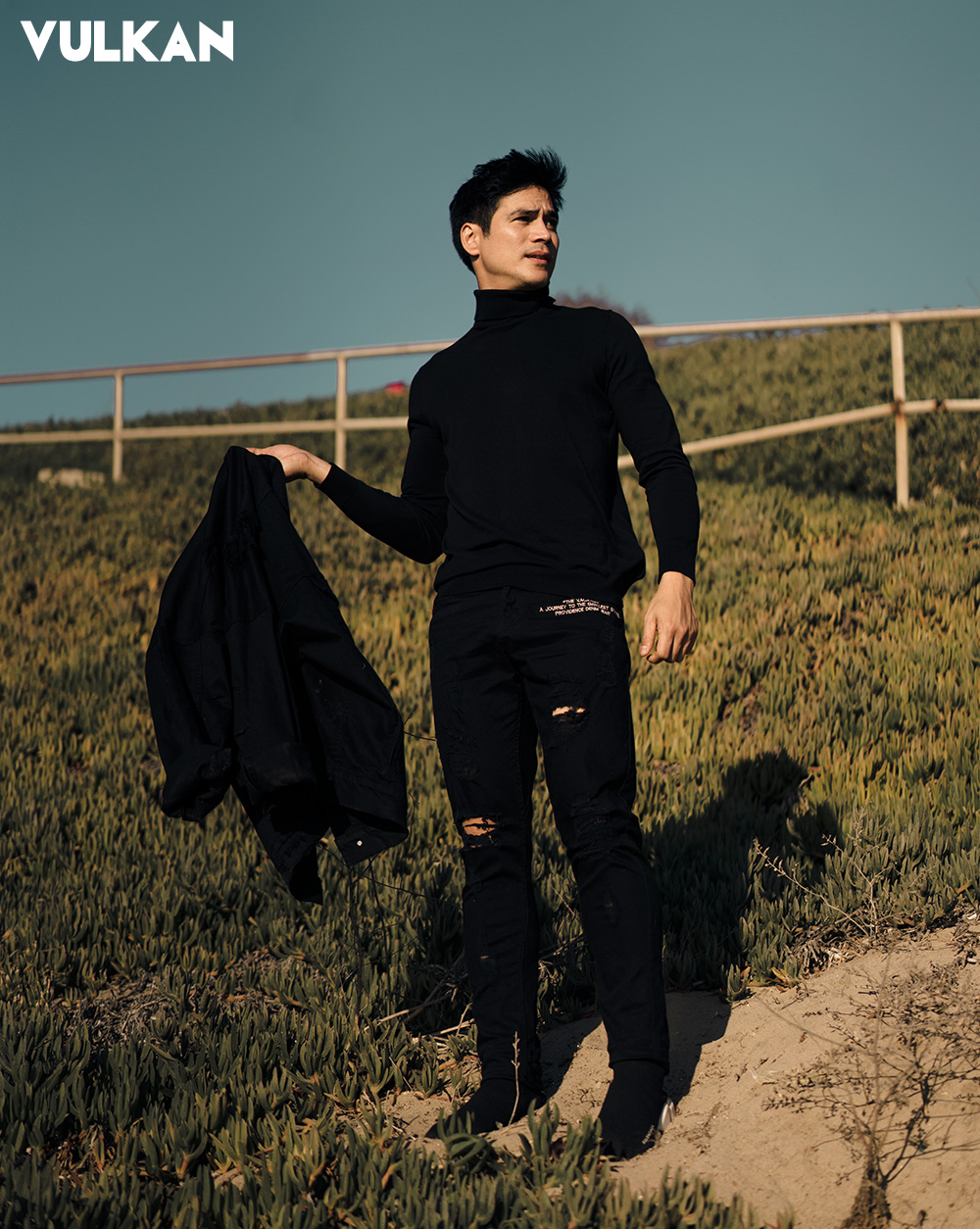 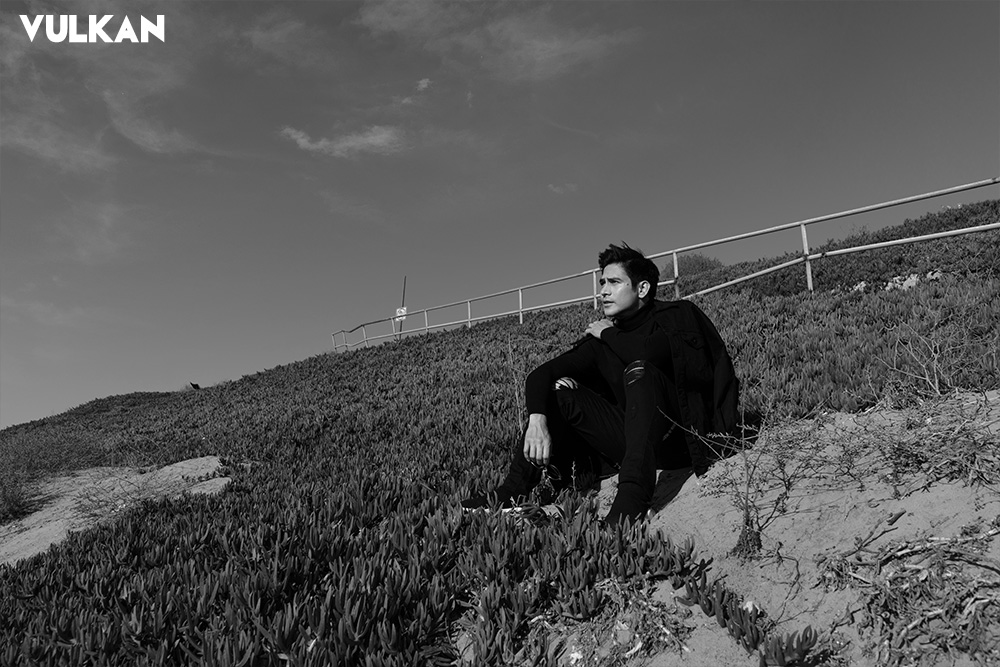 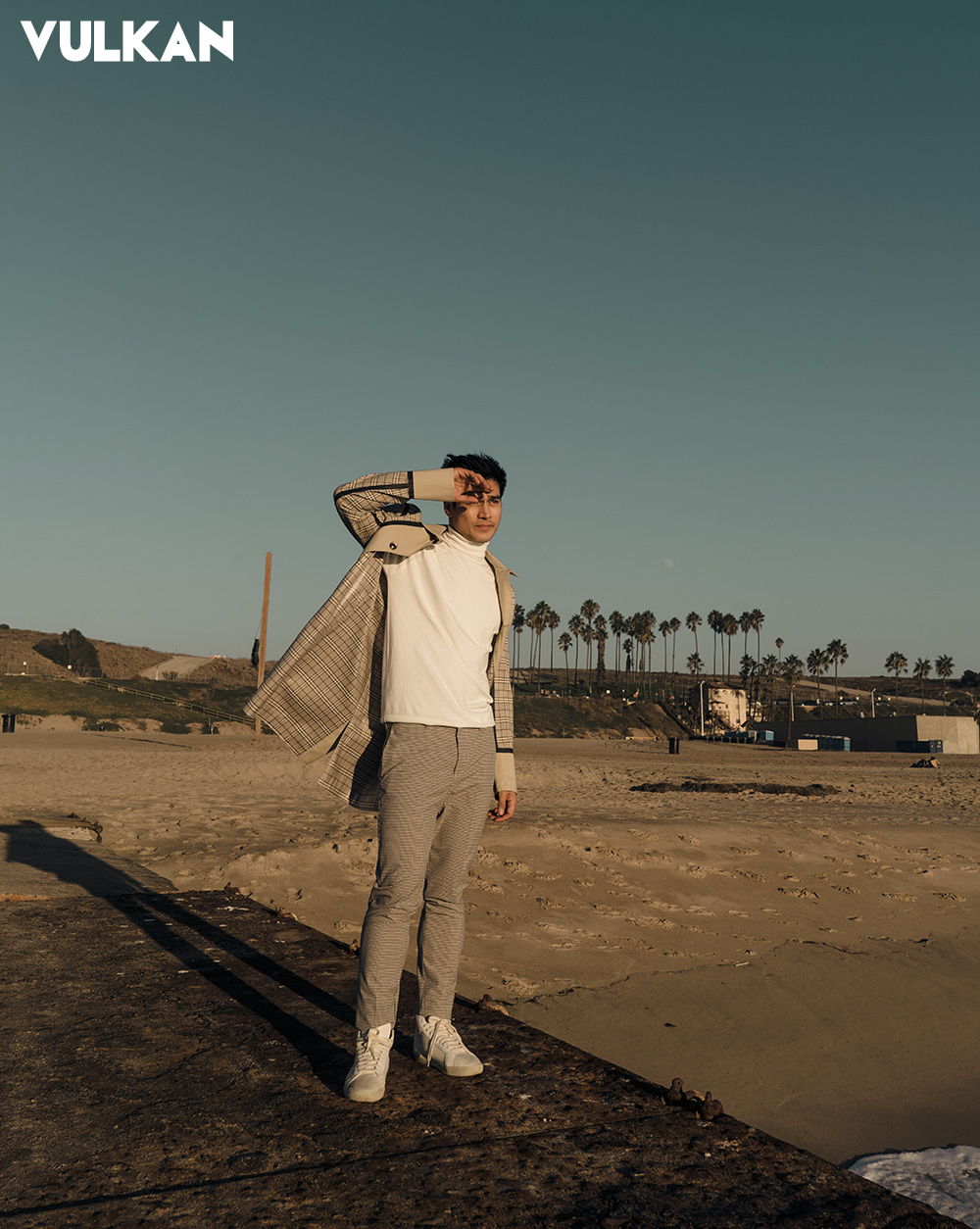 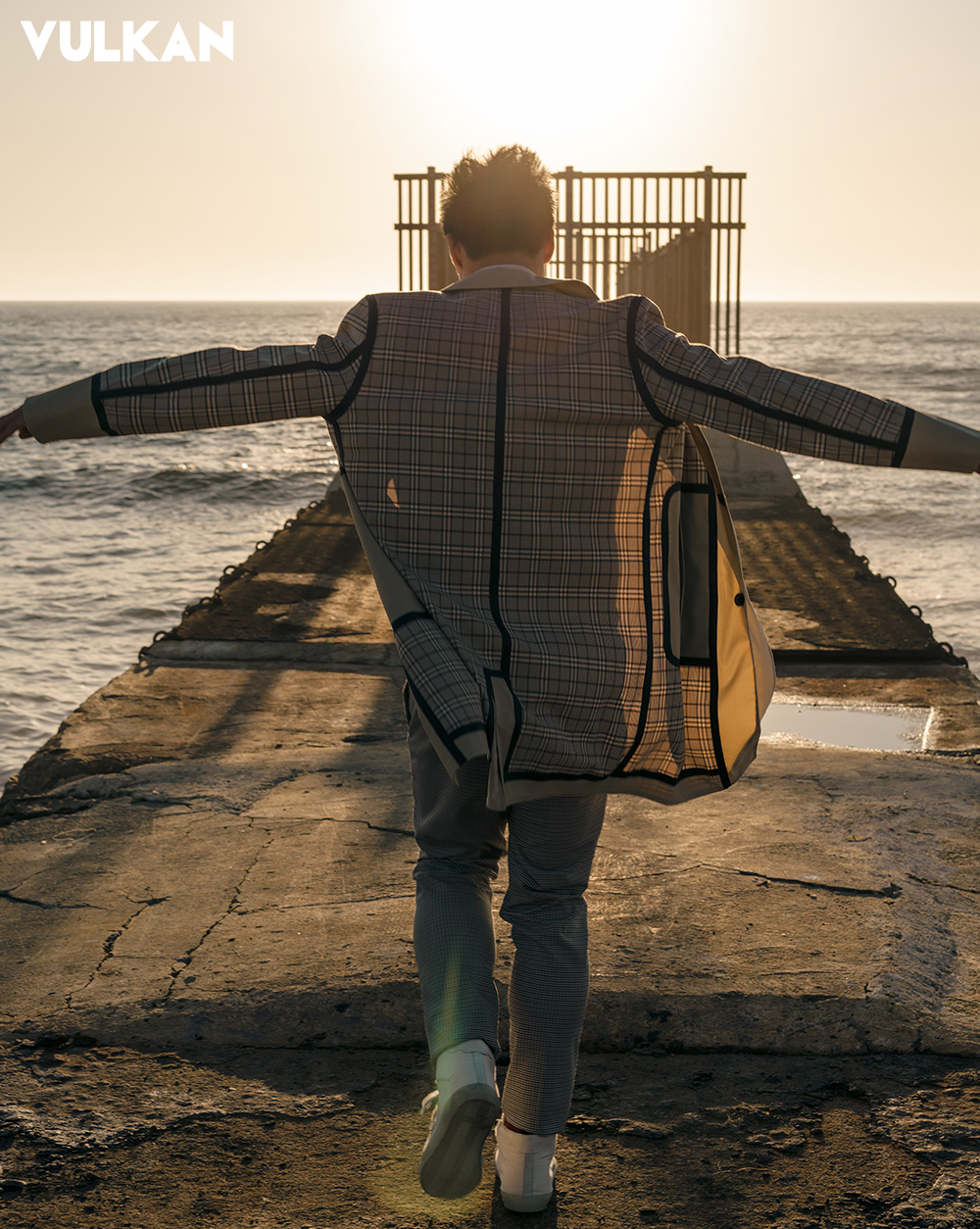 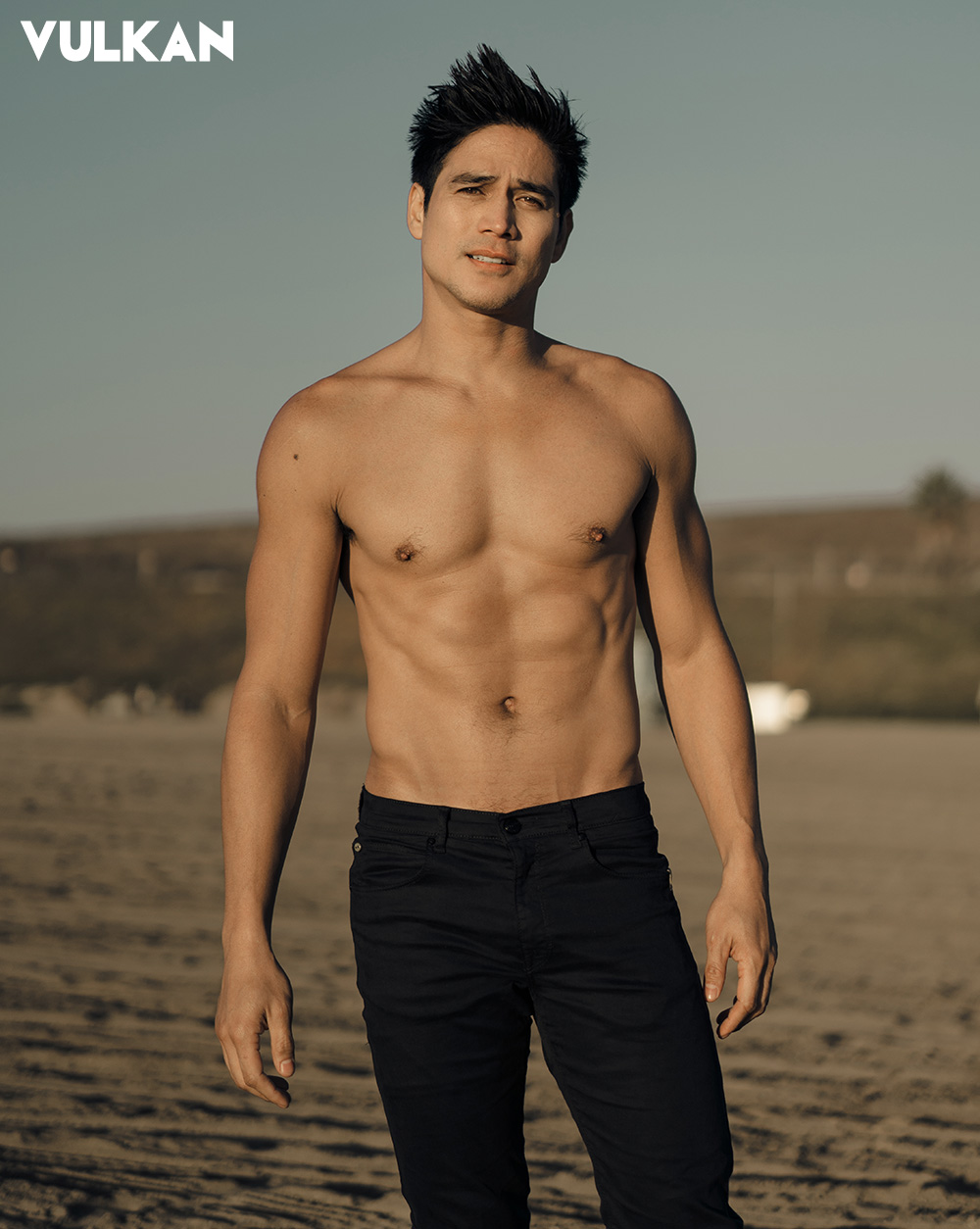 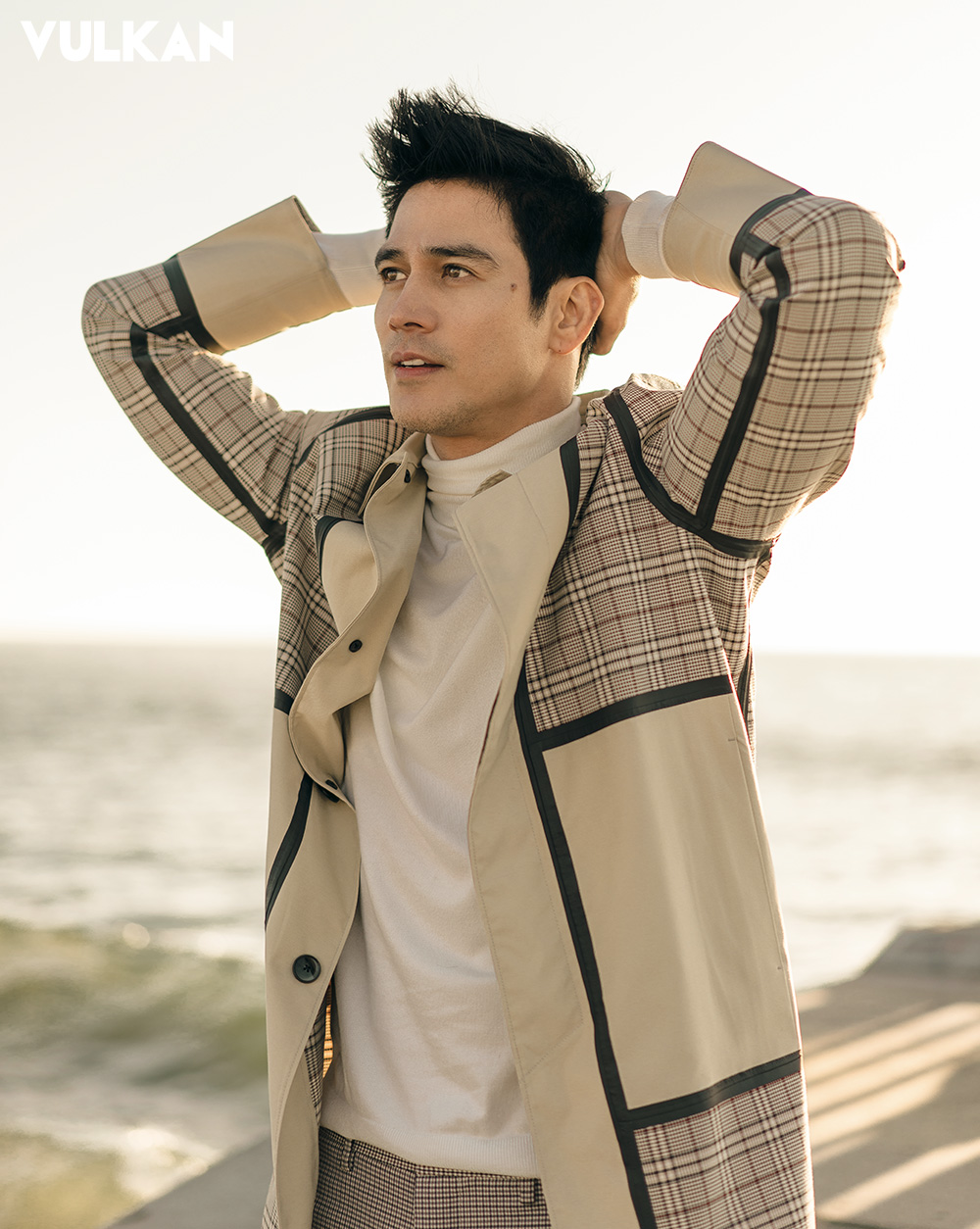 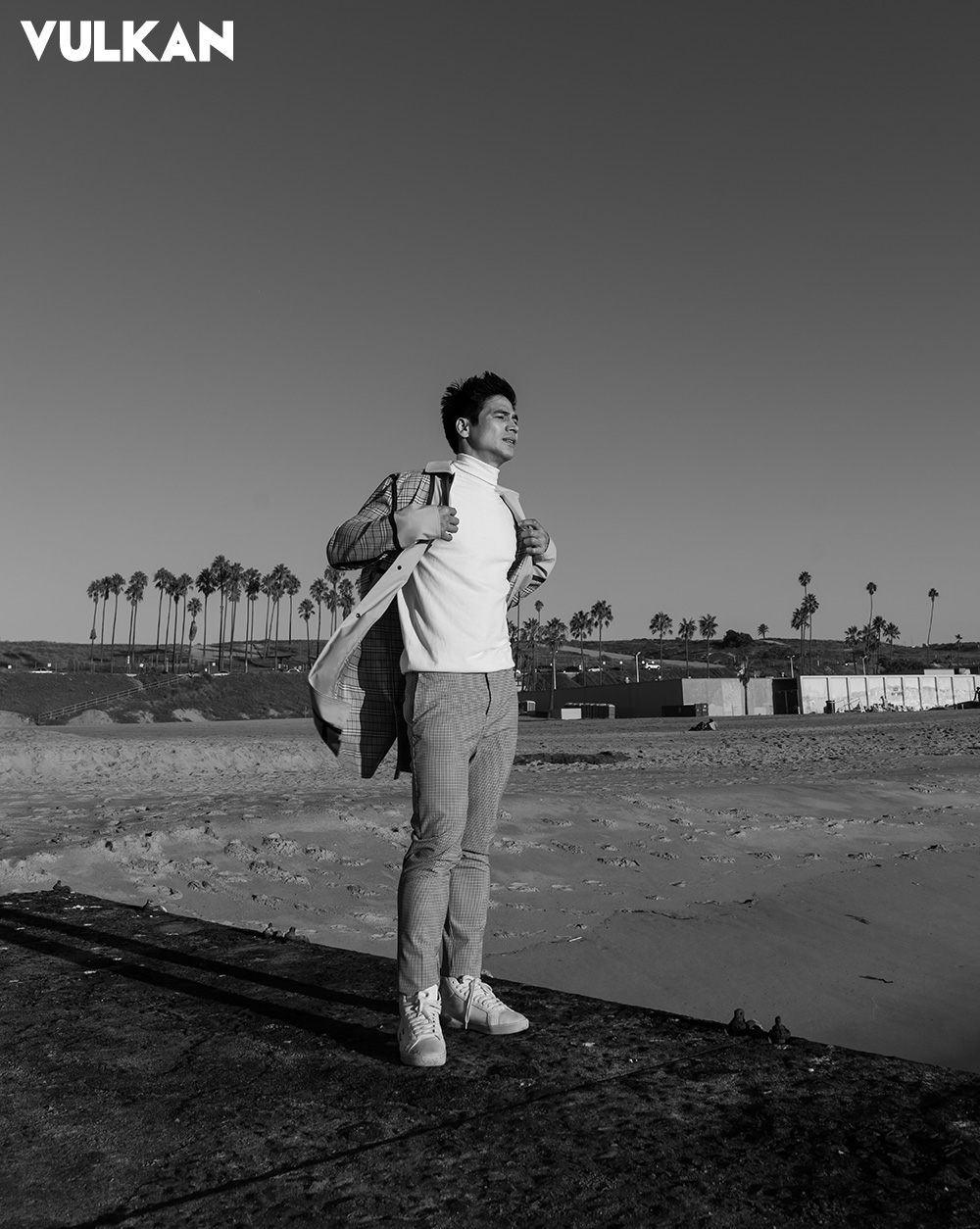 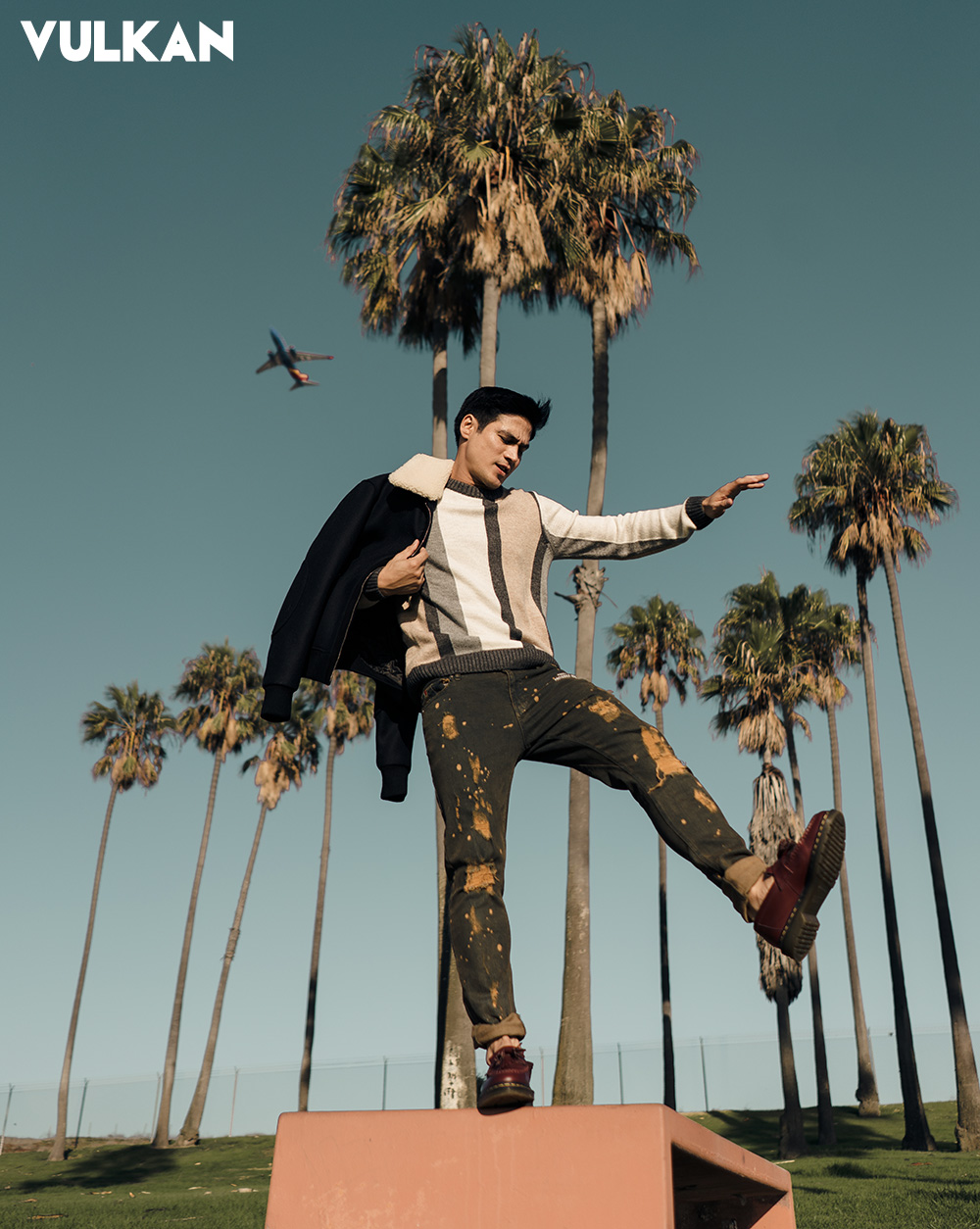 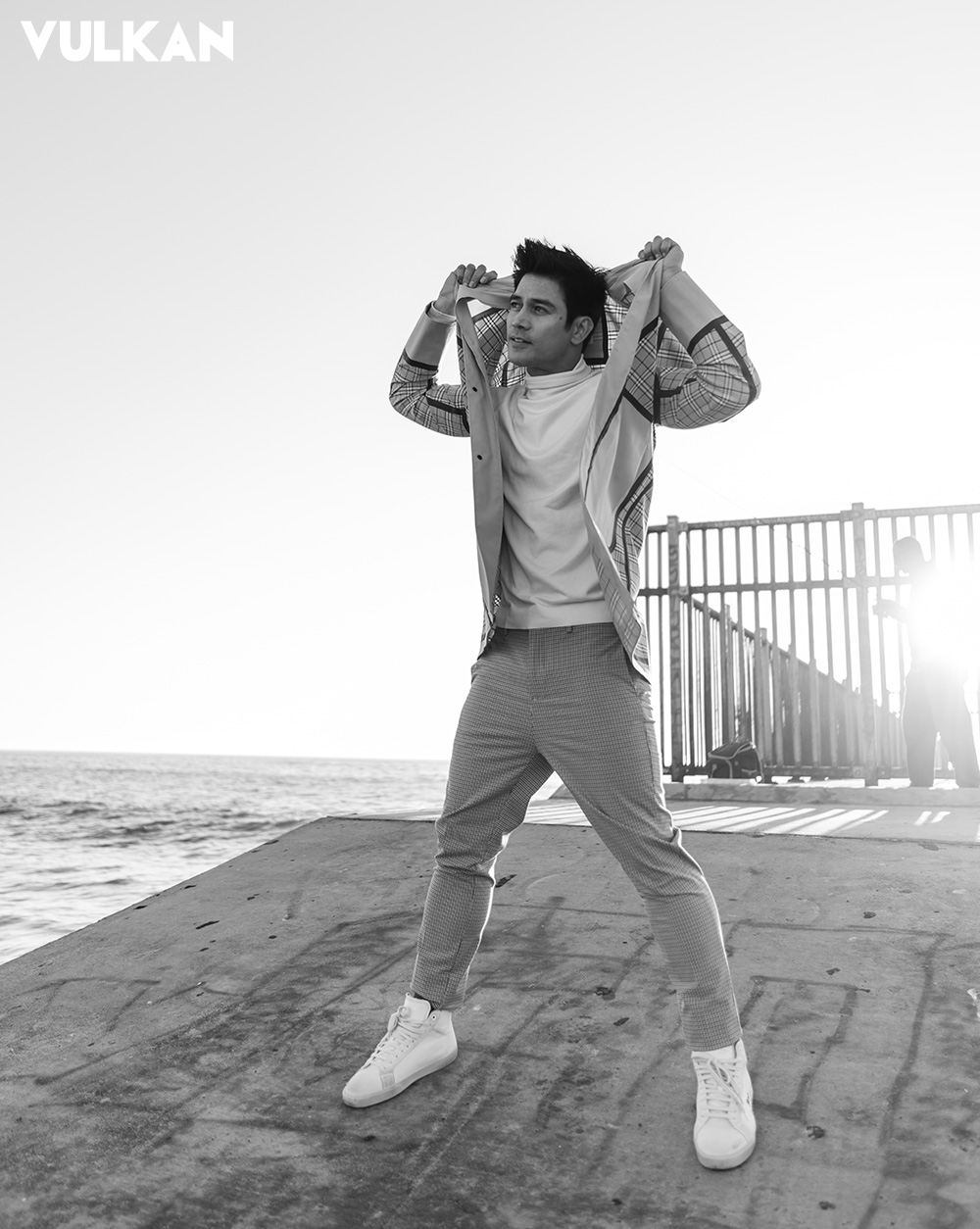 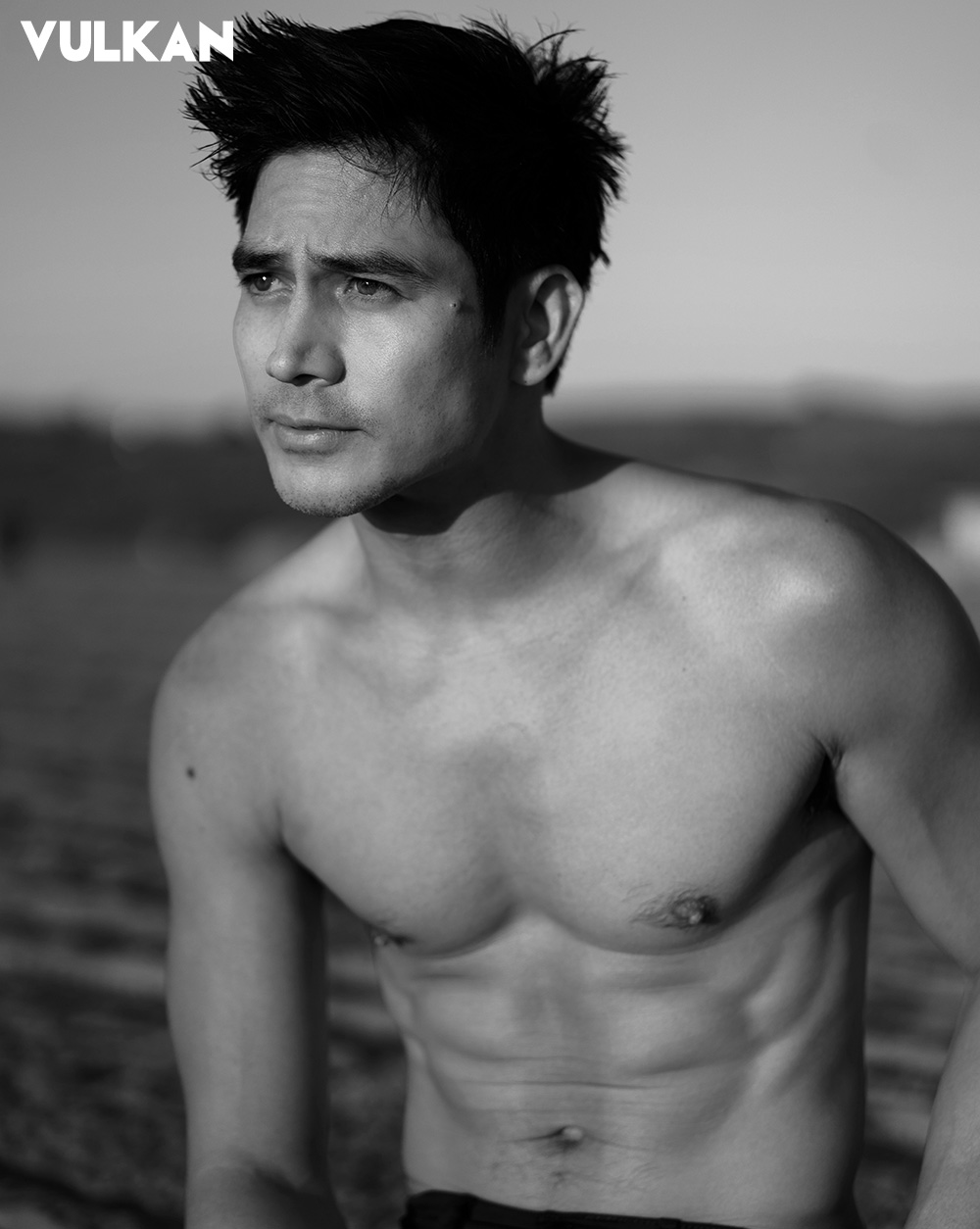 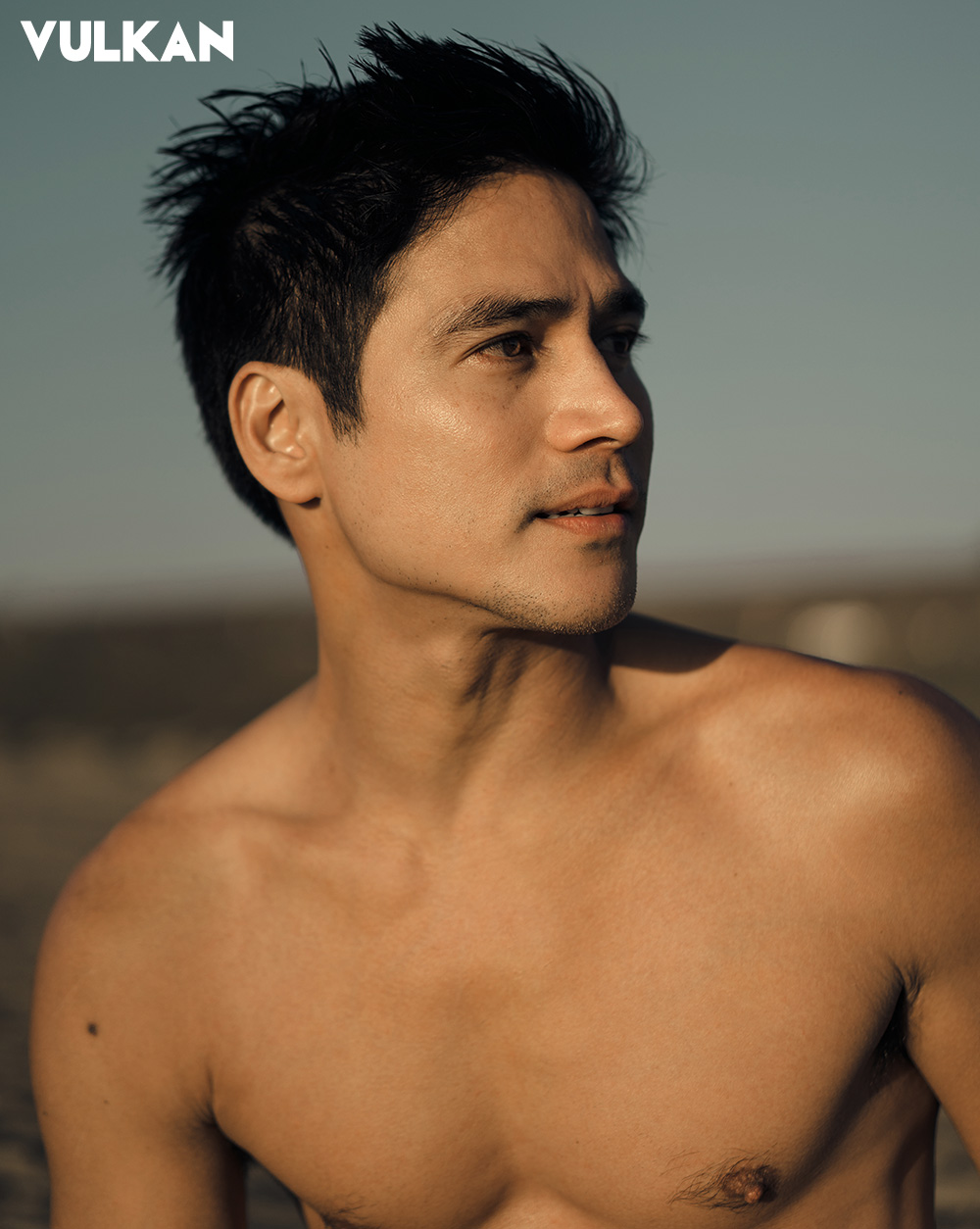 Live to you from the Philippines, actor and singer Piolo Pascual embodies what it means to truly work hard for your success. From one audition to the next, he found himself balancing schooling and acting as he aimed to find his place in the entertainment world. As he put it laughingly, “I literally had to climb up the ladder.”  He started off as a commercial model which was followed by booking roles here and there. He went to the United States and then went back home in 1998 where “I started to really work really hard and non-stop,” Pascual exclaimed. Once back, he started as a supporting actor “until I was paired with a lead actress for a film and the rest is history,” he shared happily.

Television and film have always played an important part in Pascual’s life. In the afternoon, he would watch old and classic movies in awe. As he admitted, “It was something so elegant, so classic, something only beautiful people get to do. TV for me was a fantasy.” There was no way he could be part of that world. Or was there? You see, once a boy filled with dreams of conquering the world of film and television, Pascual found himself taking on Los Angeles, “coming from the Philippines, coming from Asia, you can do anything there [in LA]. Sky’s the limit as they say.” Not too long after his arrival, it was clear this wasn’t the city for him. As he put it, “In the States, it’s cutthroat. It’s different. I guess it’s the reason I went back home”; the level of intensity can be overwhelming, especially when you come from a place where “There’s room for improvement, there’s room to relax.” Living in Los Angeles was not just about acting but for Pascual, it was the experience that redirected him to his true destiny and on the road to happiness.

Sometimes, our mind narrows and we forget that the simple things in life are crucial to our person as a whole from our well-being to our success, and more. For Pascual, moving back home proved to be the best decision he made for all aspects of his life. It was then that his success as an actor finally took off, his clarity on life was enlightened, and his heart was warmed by his love for life and his family. Having worked on a variety of projects, there were two in particular that stood out to the talented actor. One being what gave Pascual the hope and push he needed to believe he could make it in this business and one that saved him from walking away from it all.

Dekada ‘70 was a period film he did about twenty years ago with one of the most prolific actresses in the Philippines, Vilma Santos. He admitted he was given validation from this especially after winning fifteen awards for it but it went beyond that, you see. “I felt validated. That I could actually be in this business and use it as a livelihood, and just keep on growing,” opened up Pascual. “My thinking shifted and I thought maybe there was something for me here in this business. That was a milestone in my life that really changed the course of my life.” His childhood fantasy was suddenly a reality. But just like many things in life, sometimes it must come to an end–or does it?

Pascual was turning forty, burnt out, and prepping for his quiet exit of the film industry. He expressed, “I was totally done – physically, mentally I was exhausted. I was like a machine. I just felt like, okay it’s time to rest. Smell the flowers and enjoy the fruits of my hard work.” Well, ironically, this all changed with the filming of Starting Over Again. As he was slowly moving his things away, the film came out and became his most successful film to date, bringing  him a wave of hope and the boost he needed to stay in the business. He said warm heartedly, “that would give me this much validation once again after twenty years. That’s why I’m still here”; he had to stay.

Continuing to build his portfolio as an actor, his most recent project, Real Life Fiction, was filmed during quarantine which proved to be an amazing experience for the talented actor. It is his first film in English, a pretty intense one, and during its filming process, the cast and crew were locked in a hotel for four months. Wow! Some may say that is crazy while others may think, what a dream! For Pascual, it was a blessing in disguise.  They had the hotel to themselves and access to all the facilities, “the restaurant, the hallways, we were able to use the rooftop where we shot most of the scenes. It was silent,” he explained. “I enjoyed it.” It was like living every day in a giant soundstage! What an experience that must have been.

You have access to all areas of an empty hotel in a beautiful place where you are doing what you love every day. What more could someone ask for? Of course, with this blessing came many lessons and one important one for Pascual is, “that human interests are endless. We can always find conflict within us, around us. And there are so many unprecedented things that happen nowadays, and we really have to adapt.” As my mom always said, you can either stay stiff and break like a branch or you can let yourself flow with the wind. Both on and off screen, the experience on this set brought the experienced actor a new perspective on life as well as on his work in acting. As he shared openly, “I’ve been in the business for more than half my life and I thought I hit the glass ceiling in terms of characters I’ve portrayed. But I’m getting into this movie and into this role and there are still a lot of things I can work on or even study as a character.” Humble and kind, there is no doubt as to why he is still in the business!

The multi-faceted gem of man has also found his passion in singing. He started laughingly, “Believe it or not, I have done a dozen albums. I would release an album once a year, a film or three once a year, a soap opera once a year.” He has also been doing a musical variety show every Sunday for the last twenty three years! From endorsements to tours, his music varies in genres but as he explained, “I’m more of a ballad kind of guy. Most of my albums are considered pop, but more geared towards ballad and more romantic.” His upcoming album will be filled with all-original duets with female singers and he is excited! Hoping his audience will truly feel the emotions whilst listening to it, Pascual described it as “they can have a journey. When they listen to the song, they feel the love and the kind of journey the song is trying to translate.”

Over the last few years, it became clear that Pascual’s priorities were changing, his interests were evolving, and his outlook on life gained more and more openness and simplicity. “I’m into gardening, I’m into hiking. I’ve mellowed down a lot. Before, I would take on anything. I was a workhorse,” shared the eager and determined actor. “Growing up, I was always looking for something bigger than life, something exciting. I guess I’ve reached the point in my life where I feel settled. So off camera, I’m so detached. Everything is really laid back.”

Piolo Pascual is filled and surrounded with a light like no other. Having had a roller coaster of a career to date, he continues to release more music and films every year as he also embraces the impeller side of life. Looking within and around him, the different lessons he has learned over the years built him up to become the man he is today. A man who sees beauty everywhere and reminds himself that it is okay to slow down, take a breath, and just be. With the holidays coming up, the actor will be in the States where he will witness his niece getting married, nephew getting deployed, and more. Family comes first and when you come from a family of six children, you learn at a young age what where your true priorities lie. Pascual is a bright light throughout the darkness and we can’t wait to see what he does next.