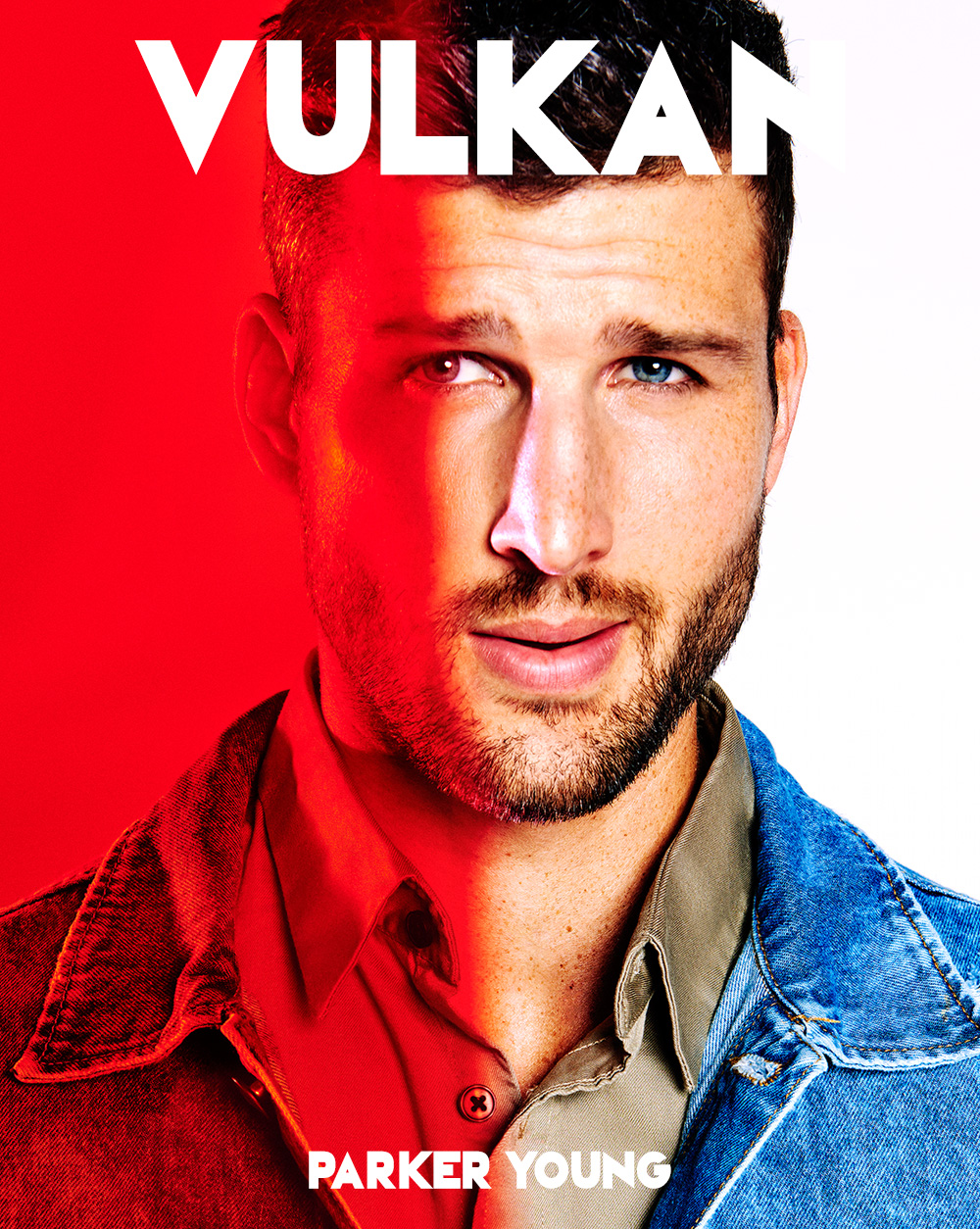 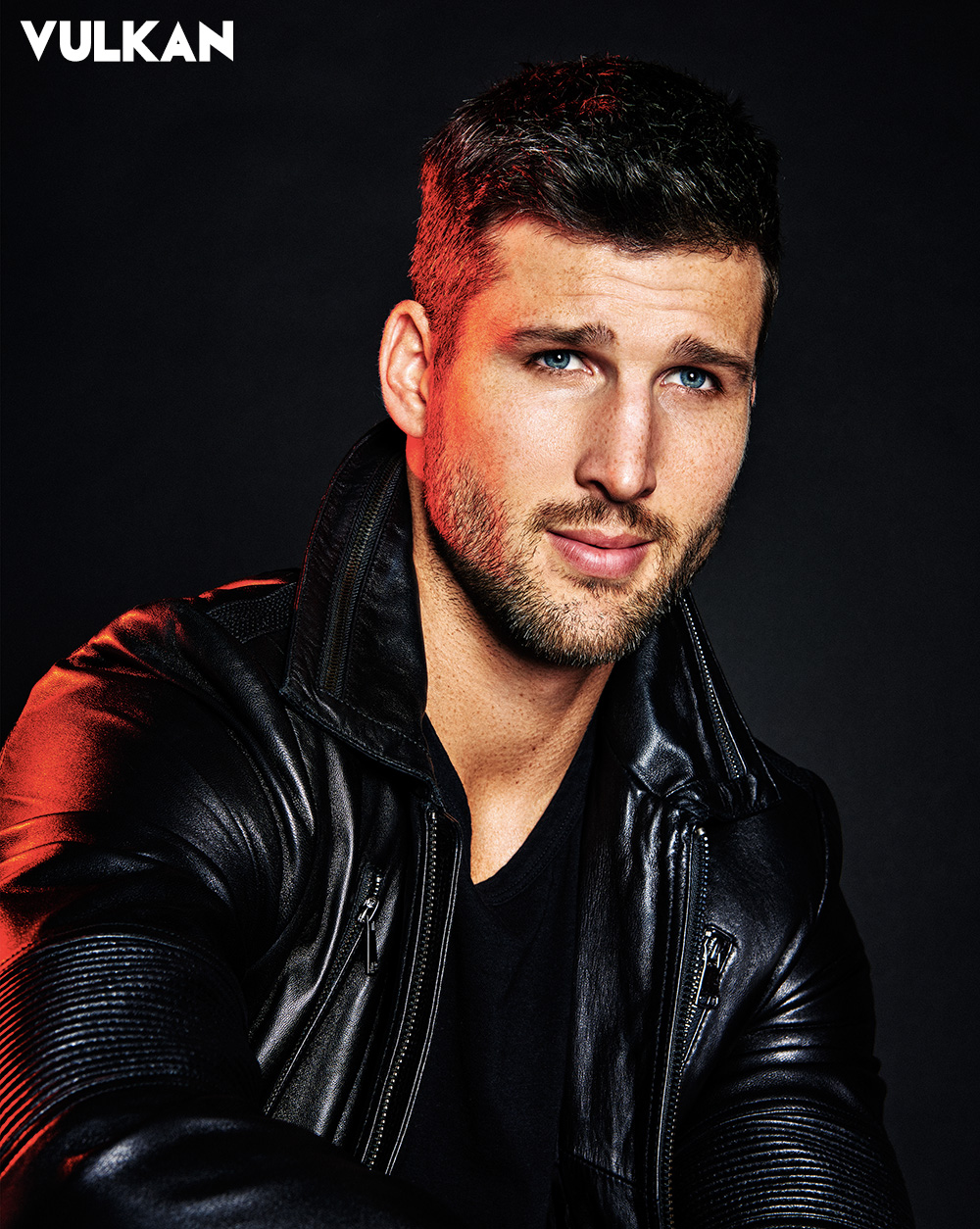 Before your start in entertainment, you were primed to play football at university in L.A., but decided to pursue acting instead. What prompted you to take such a risk? Were you met with support from your friends and family?

The easy answer is that I had a handful of concussions and it freaked me out; I knew that I wasn’t realistically going to make a career out of playing football. As much as I loved the thrill of Friday nights, the camaraderie and the brotherhood, I was simply ready for a new chapter in life. I loved playing football, but I was not in love with football. It was time for us to see new people. And yes, my friends and family were very supportive!

Do you ever miss the game or see yourself going back to it?

Yes, I will always miss the game. I miss going to battle. I miss puking before kickoff because the butterflies are too much to handle. I miss the blood, sweat, and tears—literally. I miss my team. I miss scoring touchdowns and hearing my dad screaming from the sidelines. But no, I am never going back. Maybe in a movie or something, but I am on a new path now.

You star on “Imposters,” which premiered this year and is a show about a con artist female protagonist. Tell us about how your character became a victim of Maddie’s heartbreaking ways?

To begin, she was beautiful. She was everything that my character needed—she completed him. She had created this persona of an educated woman from Upper East Side Manhattan, and she made me feel like anything was possible. Like I could leave my small town behind and accomplish my wildest dreams; conquer the world. She made life exciting, gave me purpose. Sex was incredible. And then she disappeared, and took all of my money…

What’s your favourite thing about the series?

My favorite thing about the series is its unique tone. “Imposters” is an hour-long dark comedy that does a great job of creating these incredibly intense dramatic situations while maintaining a sense of humour. I find it very refreshing and satisfying, both to watch and to be a part of.

What’s the hardest part about taking on a role not knowing if you’ll get the chance to grow with the character?

It can be tough. But I try to use the uncertainty of not knowing where my character is headed as an opportunity to create my own destiny, so to speak. I feel like I am often times a bit of an underdog on the projects that I have worked on, but it has only forced me to work harder in hopes of solidifying my place on the cast. On my first show, “Suburgatory,” I came on as a relatively small guest star in the beginning, and quickly grew to become an integral part of the show. I am sure my mom would go so far as to say “a fan favorite”—thanks for the hypothetical praise, mom. And the struggle to keep one’s foot in the door never really ends. Once you have “made it” you are simply just competing at a higher level, trying to get your foot into the next biggest door. Even on my current show, “Imposters,” I remember after the pilot got picked up to series, we had our first big table read with all of the cast and executives, and afterwards the creators asked to speak with Rob and Inbar in private, basically to congratulate them on the show getting picked up and what not, I suppose. Totally innocent gesture, but to me it was a reminder that my place on this show is by no means guaranteed. After all, Rob and Inbar are the faces on the billboards, not me. We never know if we will get the chance to grow with the characters that we play, all we can control is the work that we do and the attitude that we have while doing it. I am thankful for the opportunities, I do the best job that I can every single day, and forget the rest.

You’ve starred in a slew of TV series and films. Do they require different styles of acting? If so, do you prefer one to the other?

Acting in a comedy is different from acting in a drama. Being on stage is different from being in front of a camera. Multi-cam shows differ from single camera shows. Every project has its own unique flavor and color, and that is part of what makes the magic of film making so exciting. I have no preference. I simply want to work on projects that inspire me. I want to work alongside passionate individuals that are at the top of their game, and that share in my desire to tell the best possible stories that entertain, educate, and inspire.

What has been the defining moment of your acting career?

I think the defining moments in my career are the moments that nobody ever sees or hears about. It is the rejections and the “failures.” The hundreds, if not thousands of auditions that I have not booked. The countless times that I was not good enough. The constant daily grind. It is in those moments, the moments where you have to pick yourself up and dust yourself off, that you truly define who you are and what it is that you want to accomplish. It is in those moments that the most growth occurs, for it is then that you must reaffirm for yourself that it is truly about the journey and not the destination.

You joined the cast of “Arrow” in 2016 as a love interest for Thea Queen. What was it like going into the show knowing you had to have instant chemistry with a regular on the show? Did you run into any difficulties with cultivating said chemistry?

Nah, it was easy. I met her at a table read and we exchanged numbers and then met up for coffee the next day. Willa was a total sweetheart. The harder challenge is getting Steven Amell to like you!! 🙂

Do you ever get compared to other celebrities (looks or otherwise)?

You’re a bit of a travel buff! What’s your favourite destination (if you can choose one)?

Yes, I love traveling. I have had some incredible experiences in Bali, Vietnam, Thailand, Belize, Montenegro, and Croatia, to name a few, but my favorite destination is always wherever my family is.

Who has been your mentor throughout your career?

I have had countless teachers and role models throughout my career, from acting coaches to other actors that I look up to and admire, but I would have to say that even though he is not in the industry, my main mentor has always been my pops. No matter what I am going through or struggling with, my dad is always my Obi Wan.

In your opinion, what’s the most challenging thing about acting?

Some people get lucky, and find success pretty quickly, but most do not. For most, it is a grind. You have to have patience. You have to have thick skin and not let the process break you down. You have to find a way to enjoy the journey, and to be happy for the people around you that are booking the roles that you wish you had. Respect is hard to come by in this industry. There’s always a bigger fish, and even the biggest fish are no match for the sharks. But the challenges and defeats make the victories and successes all the more rewarding.

Are there any leading ladies that you have a crush on you can tell us about?

What can fans expect from Parker Young in 2017?

Hopefully we get a green light for a second season soon, and hopefully I can work on some fun movies on the side. I am also sick of begging for jobs, so they can expect to see me start making my own content pretty soon…although it may not all happen in 2017. Good news is there’s no rush, right? It is all about enjoying that journey.