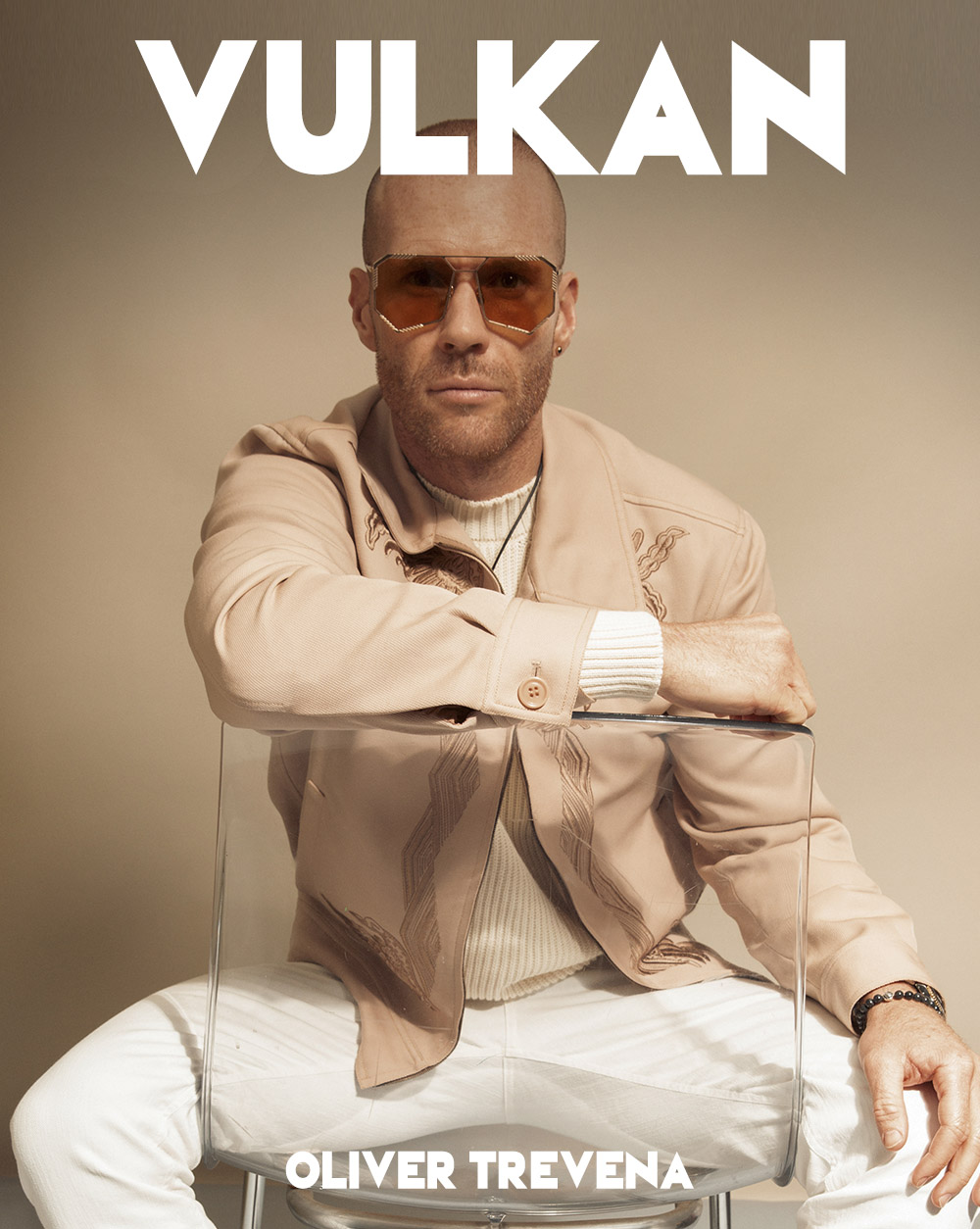 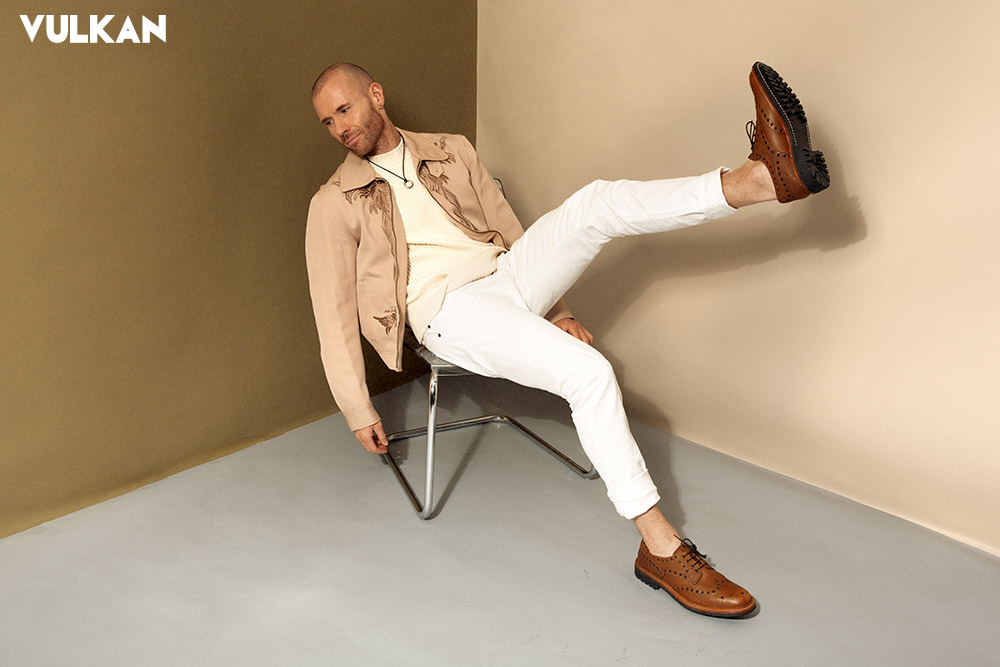 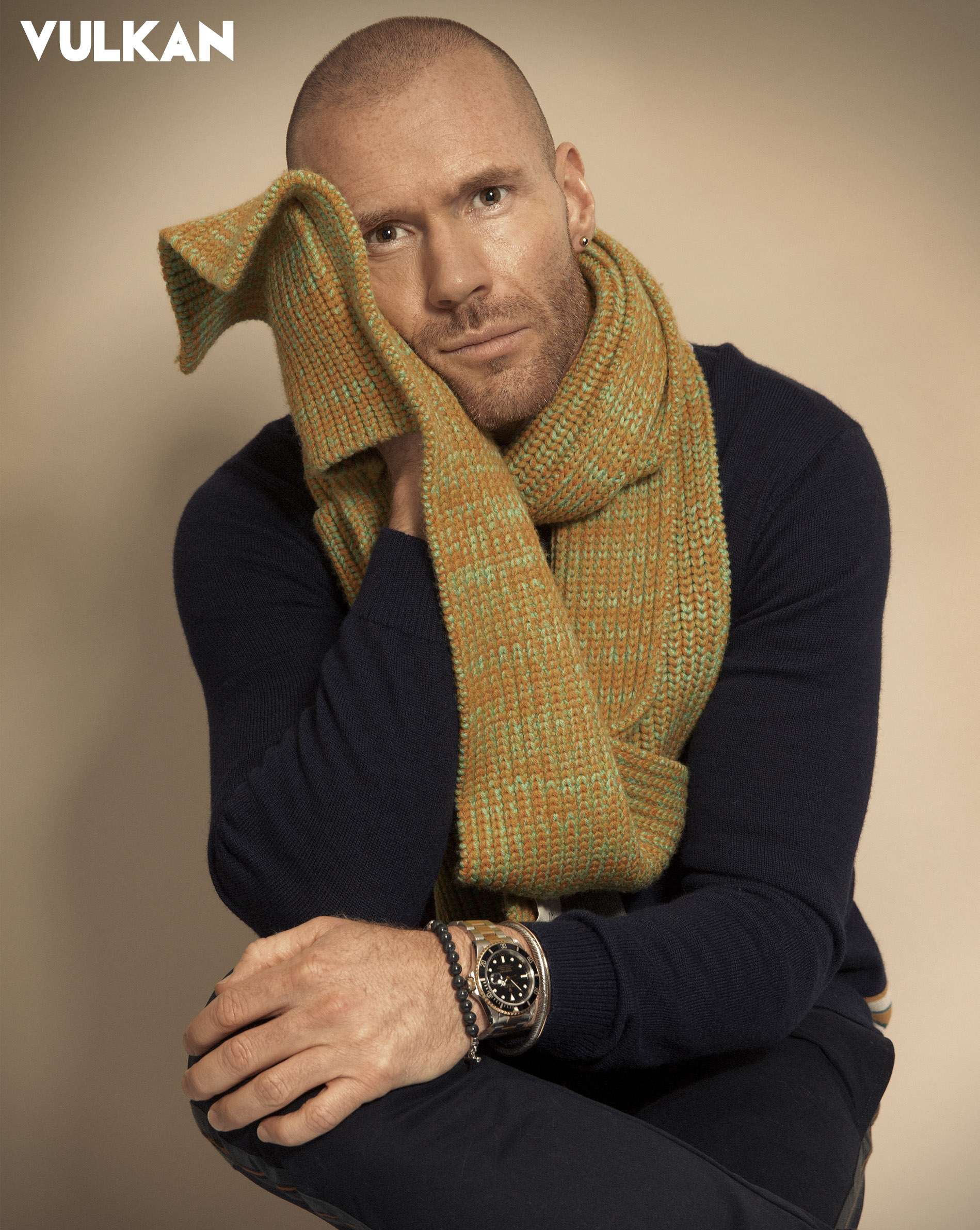 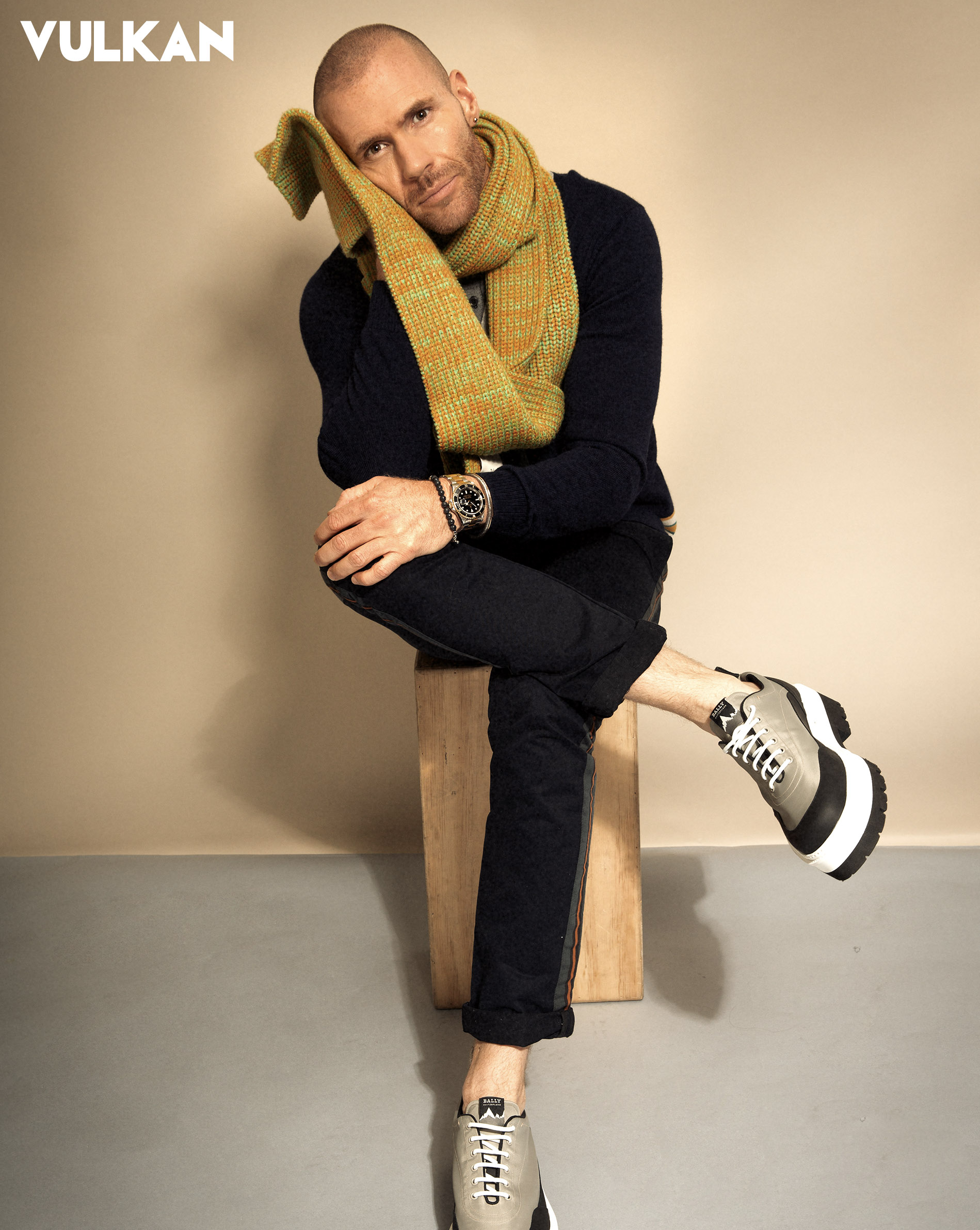 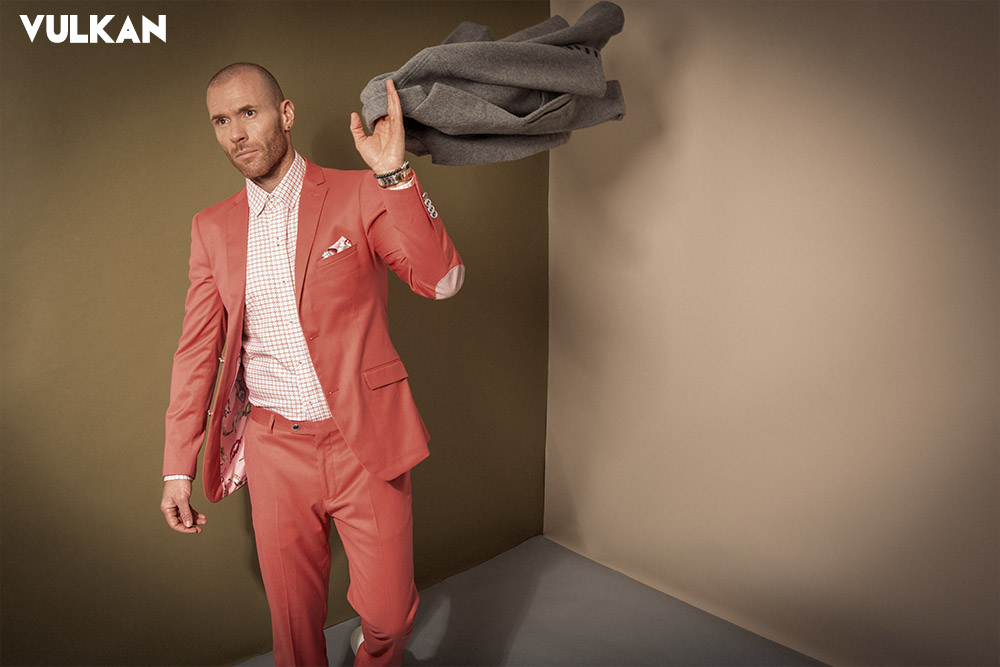 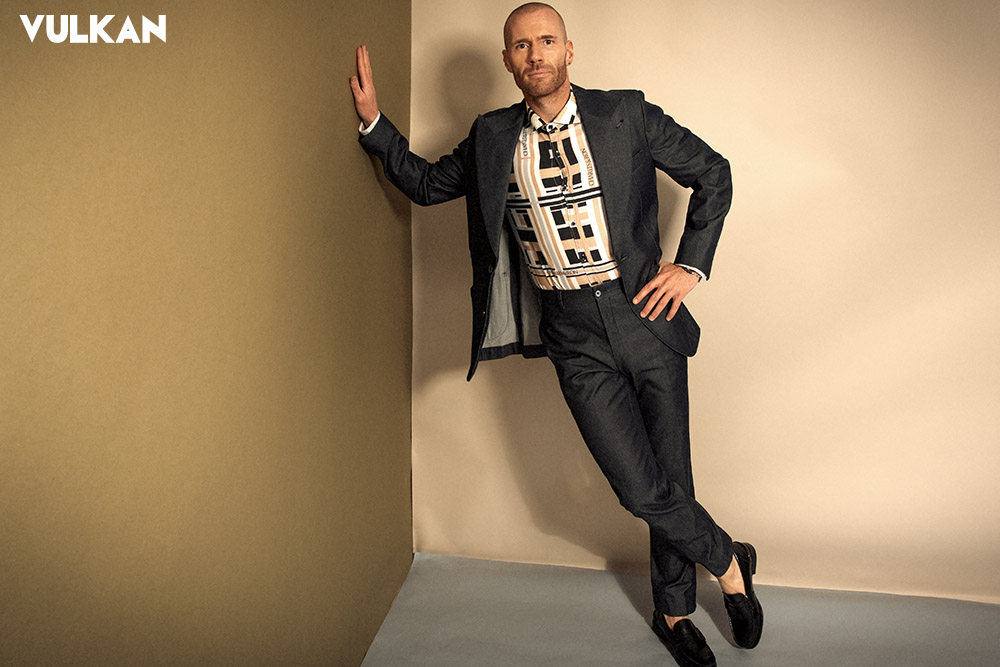 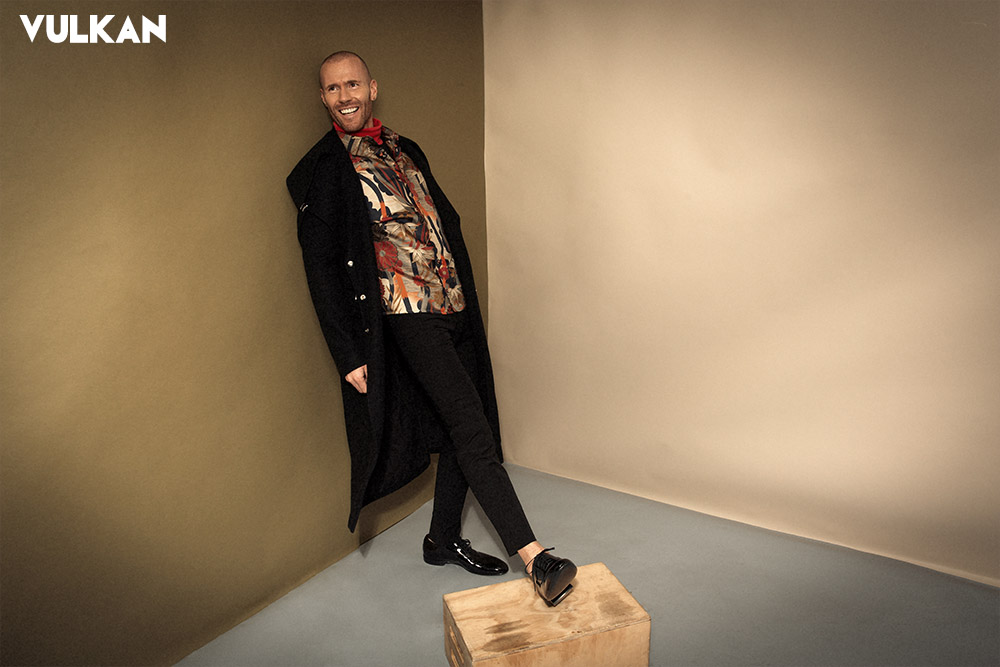 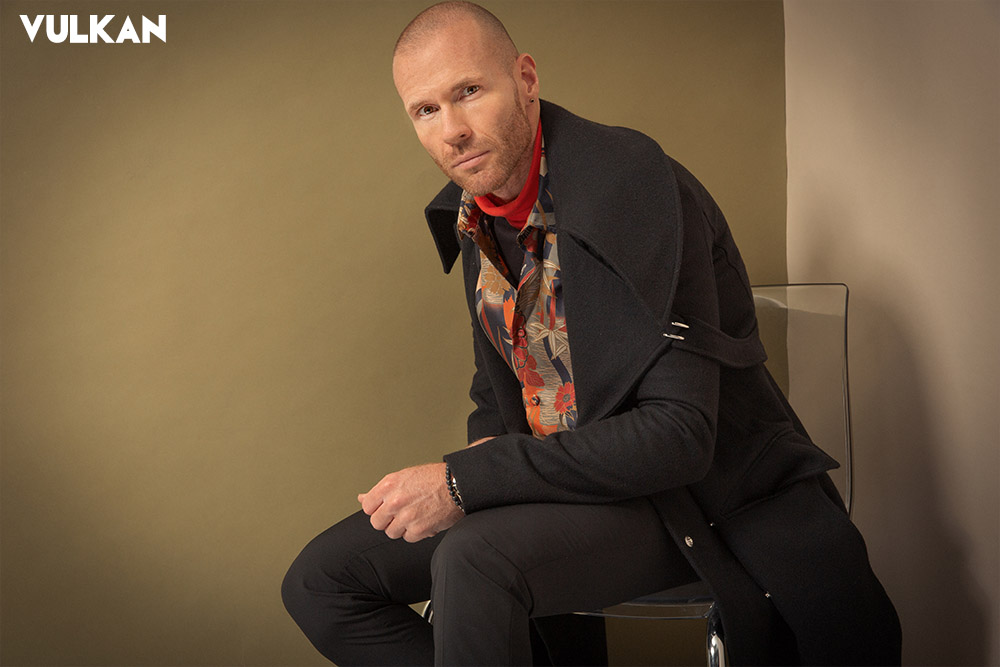 It takes a special kind of guy to conquer as much as Oliver Trevena has. He is a rising star that keeps on soaring. Since making his way across the pond from East Sussex, England, Oliver has made a large footprint on the entertainment industry. Theater, dance, acting, hosting, modeling: you name it, Trevena has done it. It’s not only his talent that has gotten him this far, but his charm and passion for people; they keep him moving forward.

Genuine and charming, the handsome British man lights up any room he walks in. His gift for truly connecting with people is rare. We see this happening in his hosting and the way he poises himself in everyday life. In just this conversation, Trevena enlightened me on not only his love for the fine arts, but also on his appreciation for life. Cultured and well-rounded, he shares his knowledge with the rest of the world, enlightening us a little more. Take a look at what happened when I played host and put Oliver Trevena in the hot seat!

When Trevena was born, it was to his mother’s dismay that he was a boy. The youngest of four sons, he realized she had had plans in store for a daughter. He ended up in theater and dance lessons at the age of four. His first introduction to the arts involved a tight schedule of theater, ballet, tap, modern, and jazz. When he wasn’t dancing, he was boxing or playing football with his father. This tight schedule couldn’t have been easy for a young boy, balancing rehearsals with sporting events. Oliver admits that at the time he thought it was tough, but he now feels grateful to have had these experiences. Playing Fritz in the Nutcracker Ballet was one of his fondest memories from his childhood. It turns out that Oliver was born to be a performer- regardless of the push in that direction from his mother.

Trevena’s training and natural charisma landed him a gig in hosting. In the course of nine years, his success depended on acting as himself. It was sent to him.  You’ve probably seen his talent on display on YoungHollywood or working the Grammy’s red carpet. Over the years, he has interviewed a variety of people one of which had a strong impact on him: Drew Barrymore. Don’t worry everyone, Trevena can confirm that she is as sweet as we imagined.

He also appreciates the times when he interviews friends, like Gerard Butler and Vanessa Hudgens. Imagine how much fun we would have if our job description involved interrogating our friends on live TV! Trevena agrees that he feels like a piece of him is missing when a friend comes out with a new movie and he’s not the one interviewing them about it.

What sets Trevena apart that makes high profile celebrities want to open up to him? “Listening. We are humans and we like to participate in conversations. You have to listen, I think that’s when you get a real connection with someone,” he revealed. For those of us who are aspiring journalists and hosts, counsel was offered by the talented host himself.    Going into an interview, know what you’re meant to talk about. If the conversation shifts organically, don’t be afraid to improvise. Oliver is a veteran at “rolling with it” when it comes to hosting, but lately he’s caught himself in the hot seat.

The reason Trevena is answering the questions now, is because he’s the one with new movies coming out. Sometimes playing yourself all the time becomes a type of cycle so challenging himself as an actor is exactly what he needed! “I love getting to step into the shoes of someone else. I get to kind of escape and really play a character,” he raves about this new chapter. In his first film,The Rising Hawk, he escaped to 13th century Croatia to ride horses and sword fight; things he had never done before. Trevena described the experience as magical, but challenging. With acting, you never know what’s around the corner; for instance, he next played a priest who became possessed during an exorcism. He has a lot in the works, as he has filmed 4-5 films back to back in the past 18 months. You would think that he’d be busy enough with this schedule, but with Oliver Trevena there is always more to do.

Fashion has always been an important staple in Oliver’s life: a fashion icon. When he’s not modeling for top brands, he’s not afraid to showcase his own style. But what is Trevena’s style? As he explains, he ditched his boy band inspired baggy pants for a more contemporary British style. He believes “dressing to impress” will never get old, but he also appreciates fashion’s fluidity and freedom to mix it up. He gave me a sneak peek at his #outfitoftheday, “Today I’m wearing sneakers, baggy pants, a t-shirt, and a denim shirt. But tonight I’ll be wearing an overcoat, a turtle neck, and a pair of Saint Laurent boots. I think that’s the great thing about fashion, you can play around with it, you don’t have to have a style.”

Little did I know that Trevena’s fashion experience expands to jewelry as well. In his collaboration with William Henry, he channeled his English roots to design a collection with meaning. Thinking of his hometown, he used symbols like arrows, feathers, and the Tudor Rose from the Battle of Hastings in 1066. I love his idea of engraving the jewelry with “strength,” “love,” or “unity.” He wants the collection to spread a positive message and remind people of these important pillars in life. The next stop for this collection is charity! Last year, Trevena hosted Imagine Dragon’s Tyler Robinson Gala, which fights against pediatric cancer. He continues to partner with them in donating proceeds from his Jewelry collaboration to the cause.

“I love giving back. It’s massively important when you have a platform, to give back.” Trevena tells of his work with charity organizations. For the past nine years, he’s been a spokesperson for Not To Say, an organization which fights against human trafficking. The health and wellness space is also important to Oliver, as he wants to help others achieve the happy and healthy life that he enjoys. He’s invested in the Dogpound (gym) and Next Health (the future of health at our fingertips, ex. IV, stem cell, infrared). His passion for health and wellness even inspired a new drink company: Cali Water. Riding a new craze for cactus water, many should try it out too: it turns out to be healthier and higher in antioxidants than coconut water!

Oliver Trevena is definitely the most well-rounded person I’ve ever met. But on top of that, he is a great guy and it’s no surprise that hundreds of celebrities have opened up to him. He hasn’t closed the door yet on hosting, but the door for acting is wide open. This year alone, you’ll see him on the big screen in Rising Hawk, While We Sleep, and Grand Isle. Oliver Trevena will keep rising to the occasion, no matter what is around the corner.