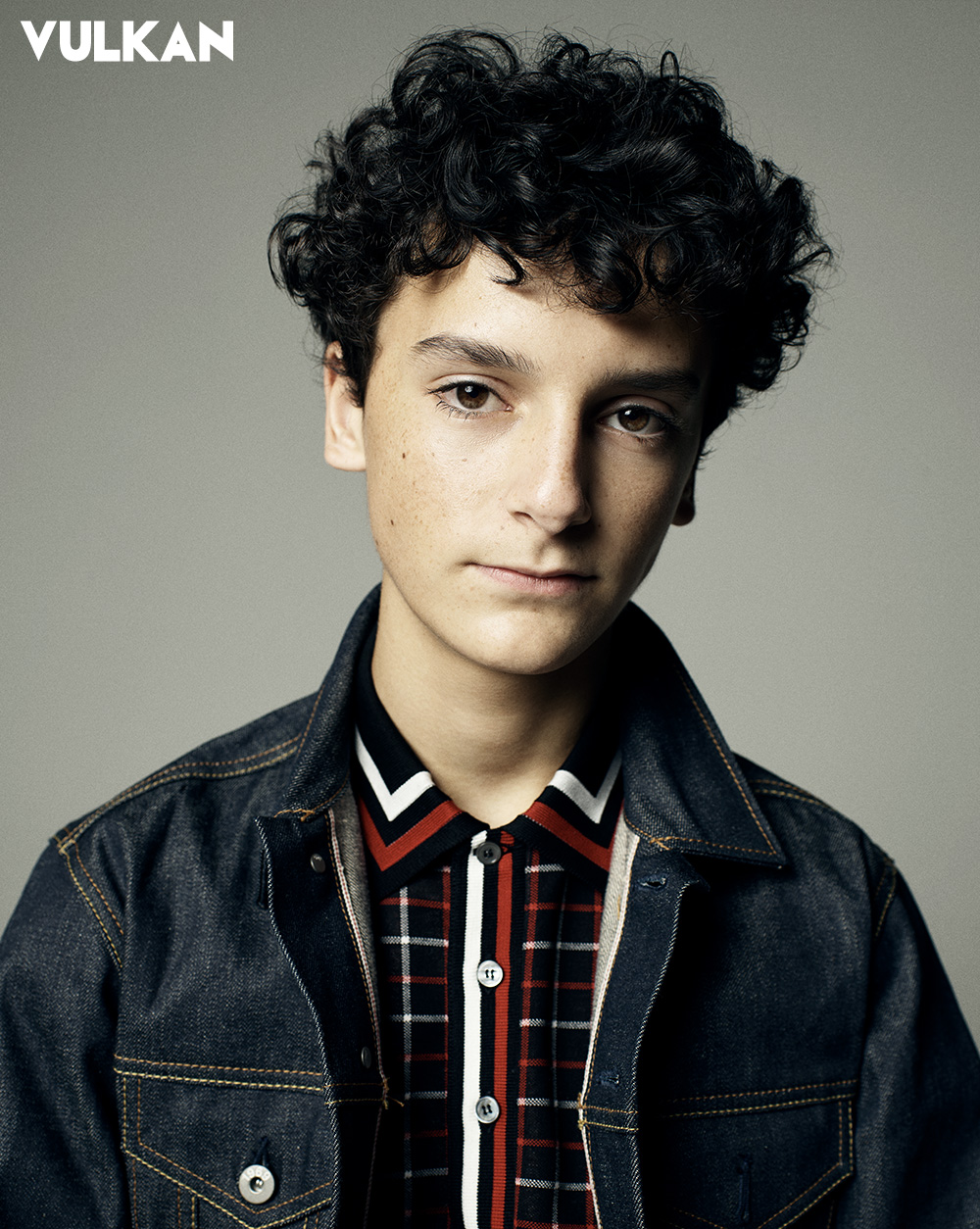 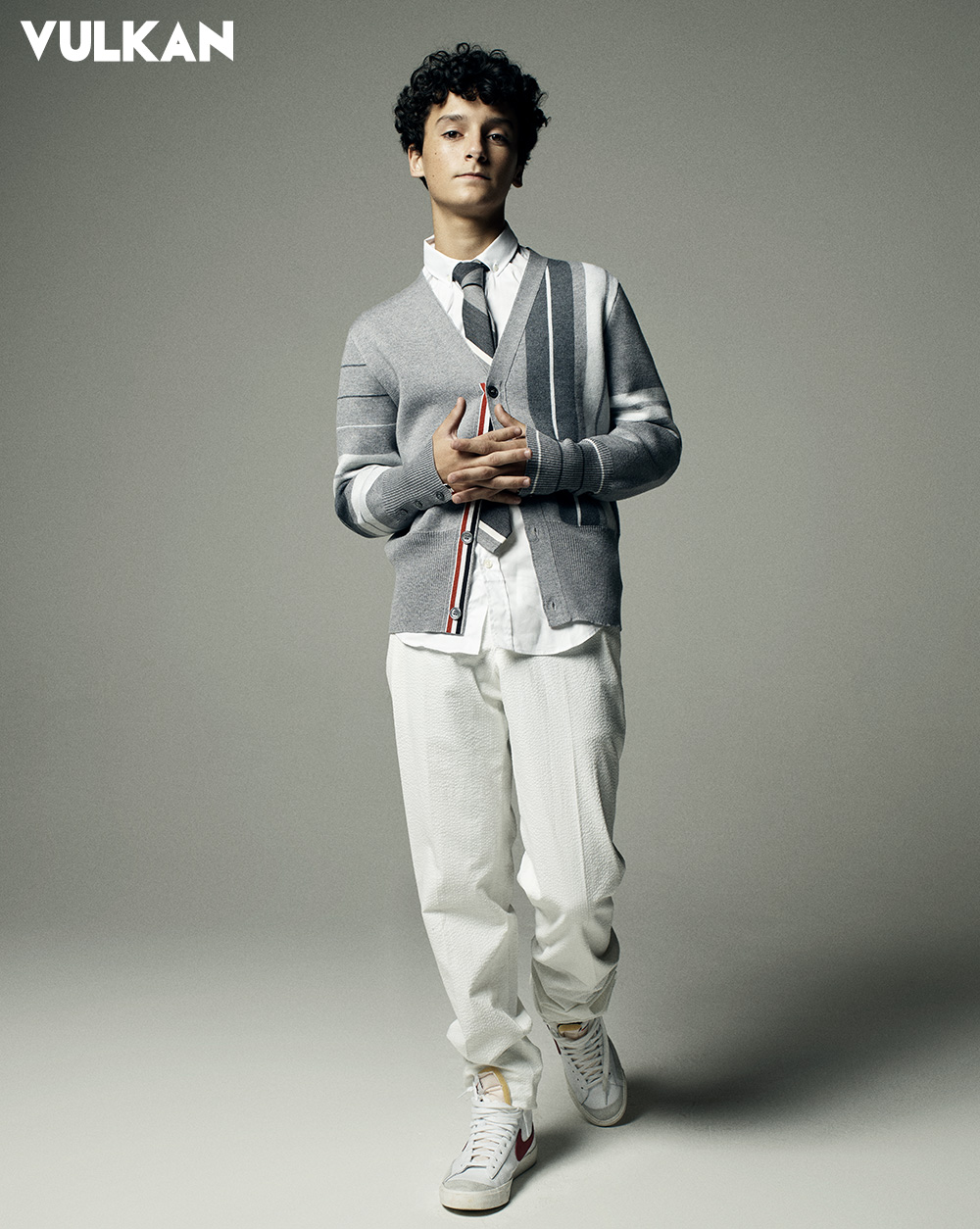 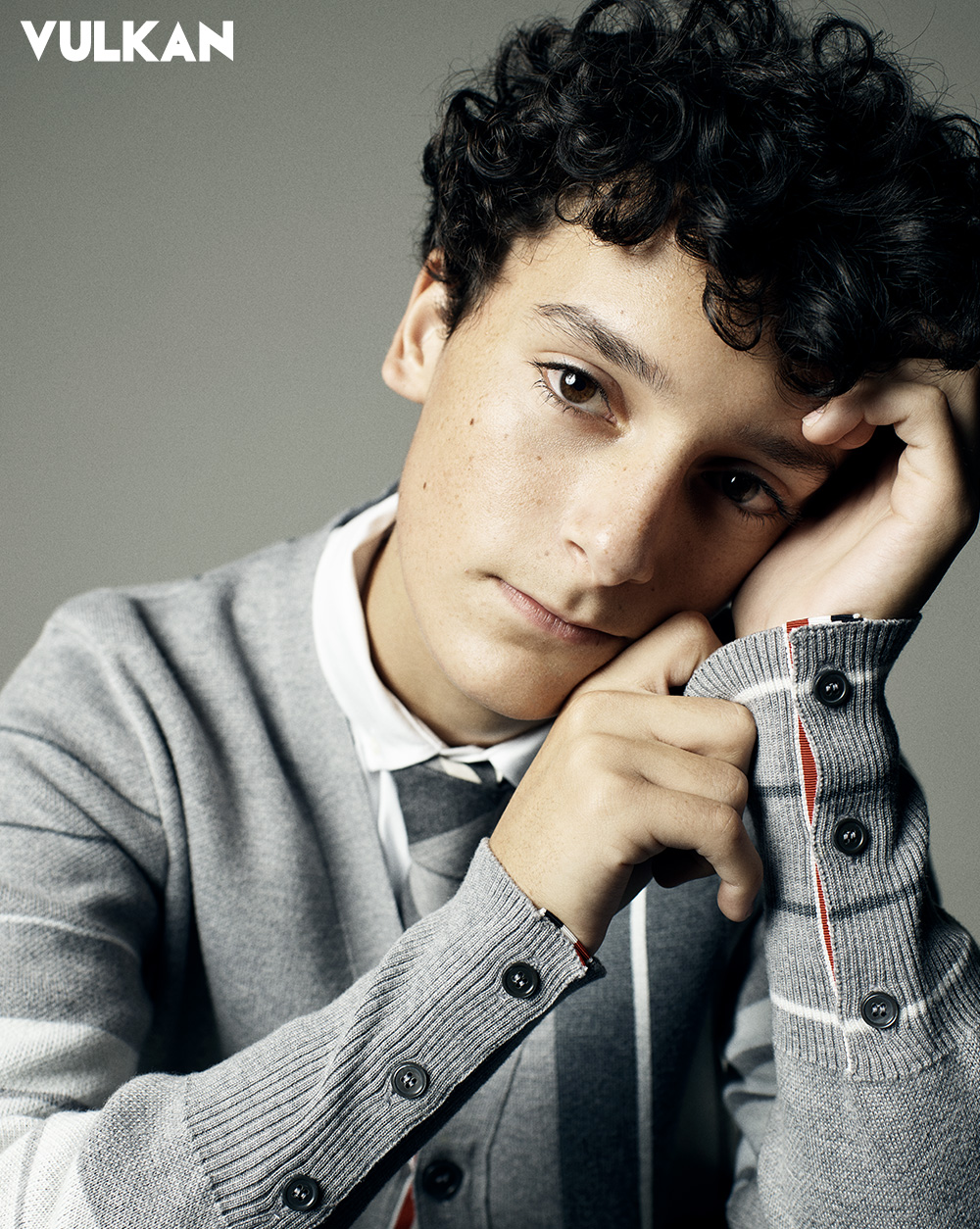 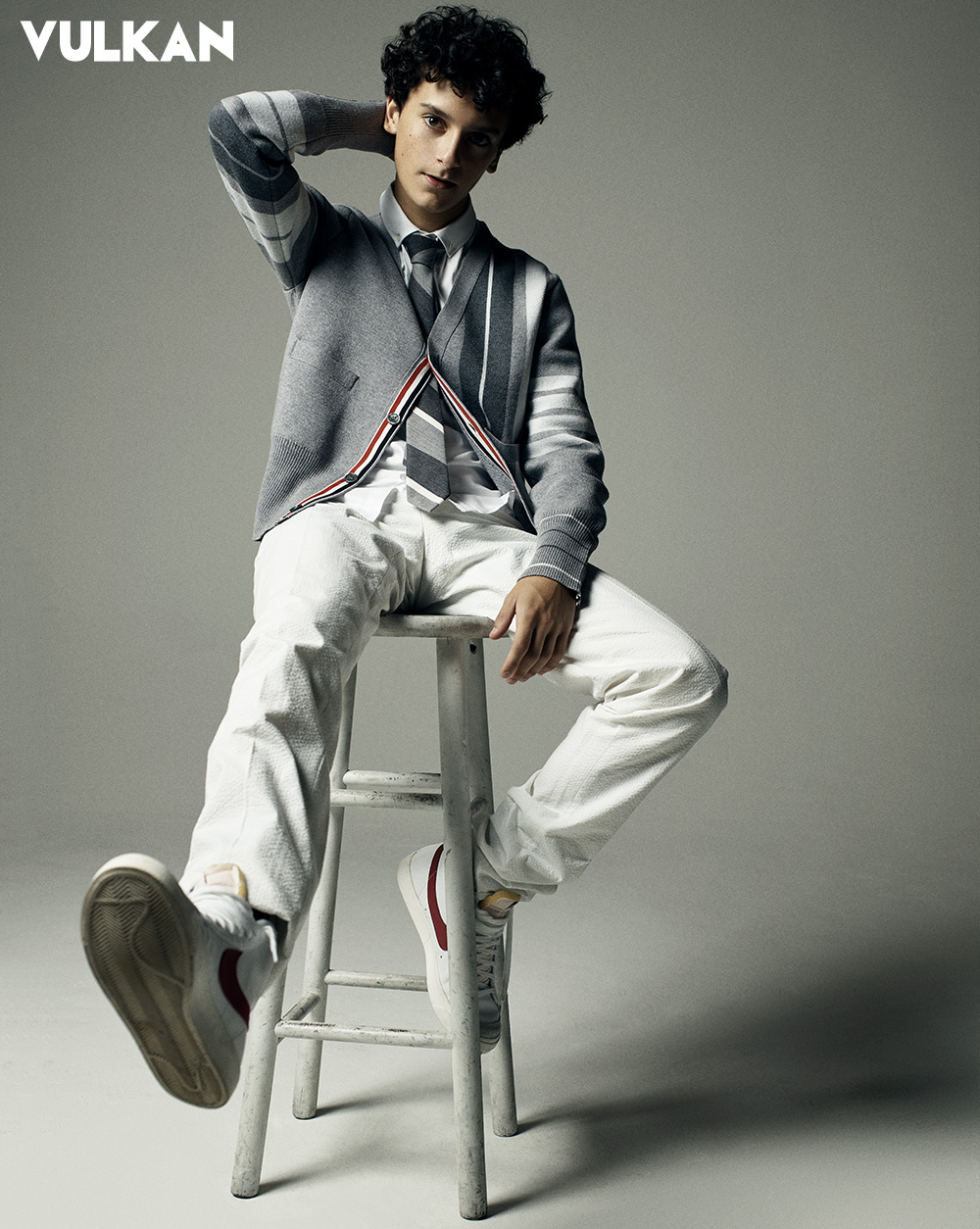 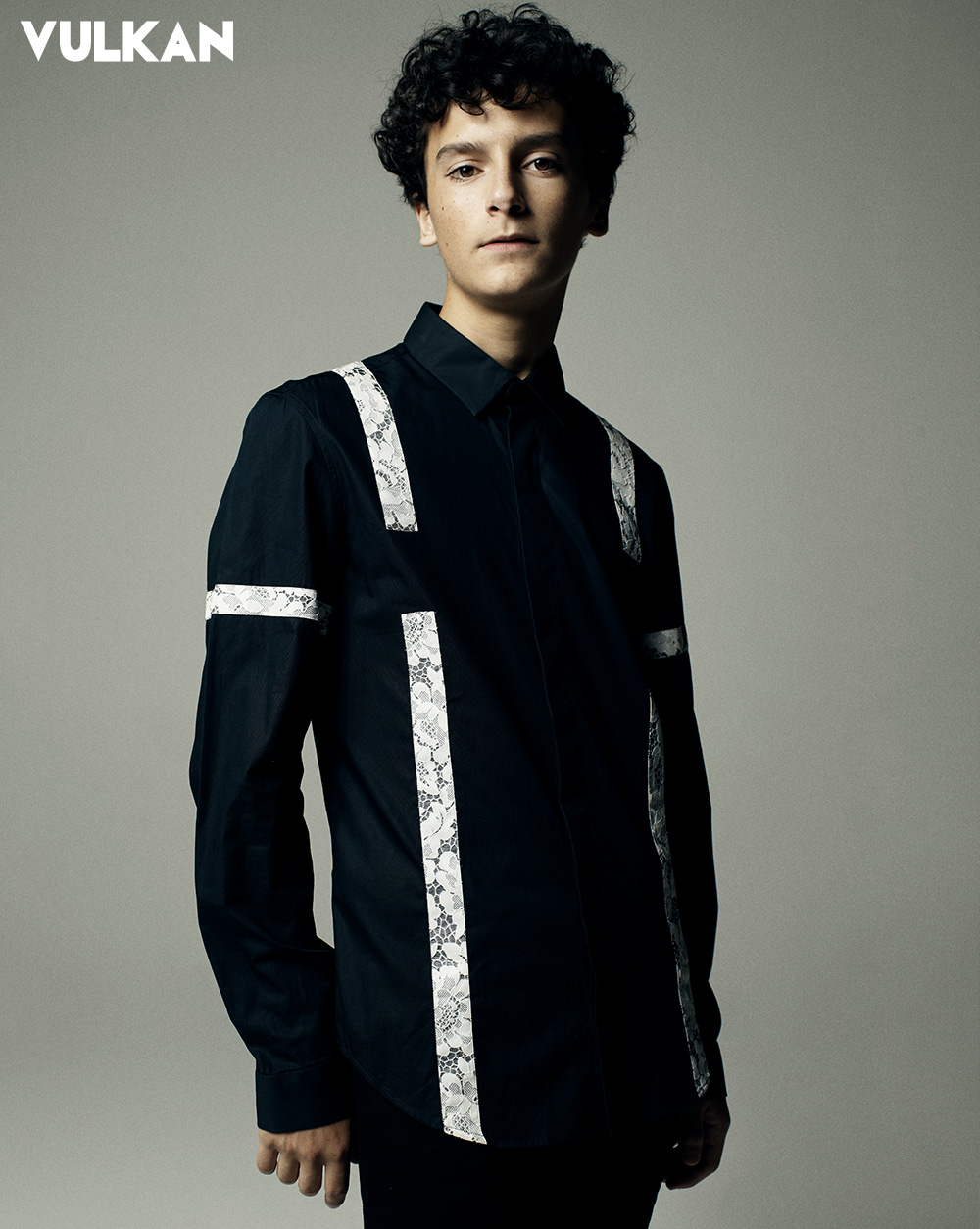 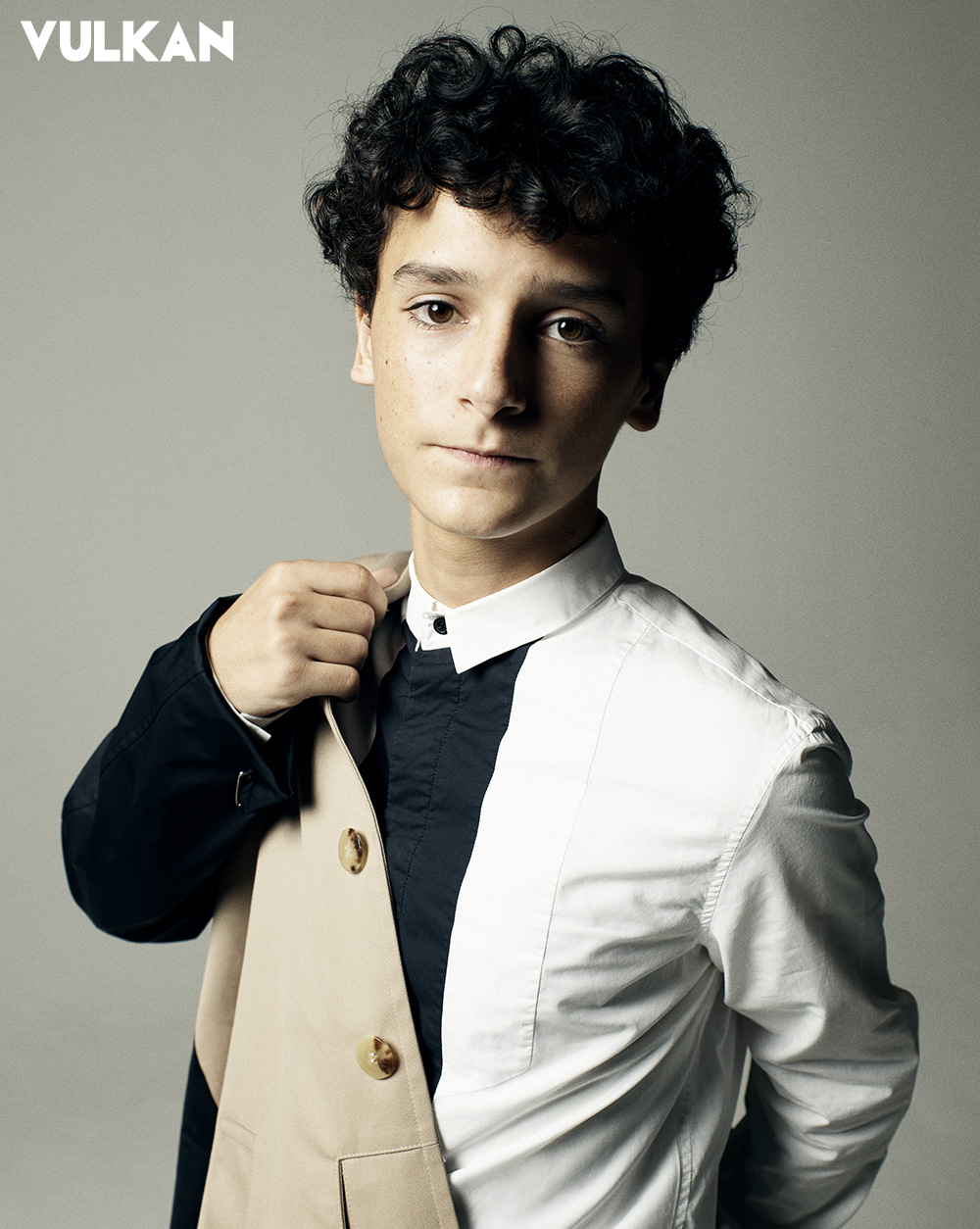 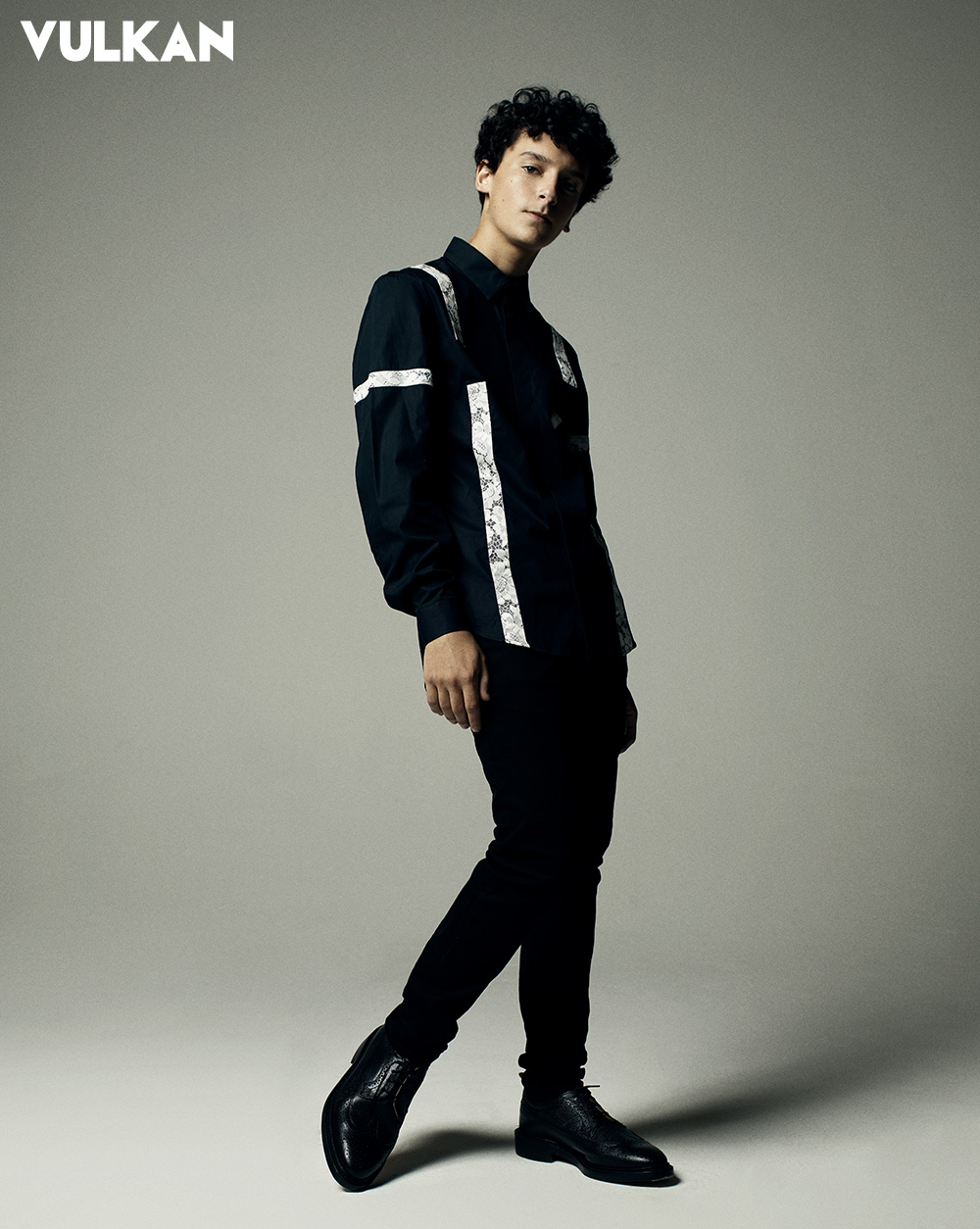 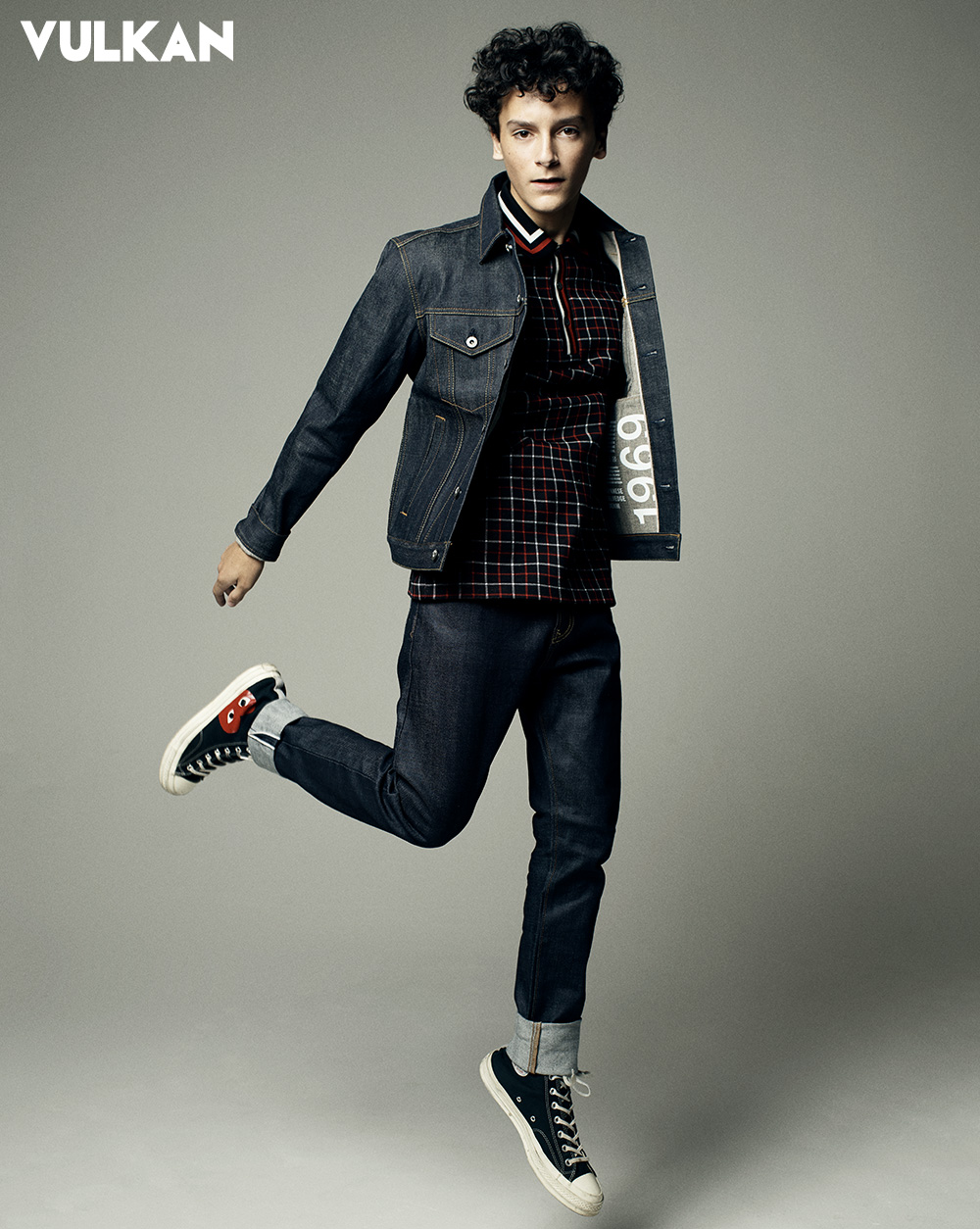 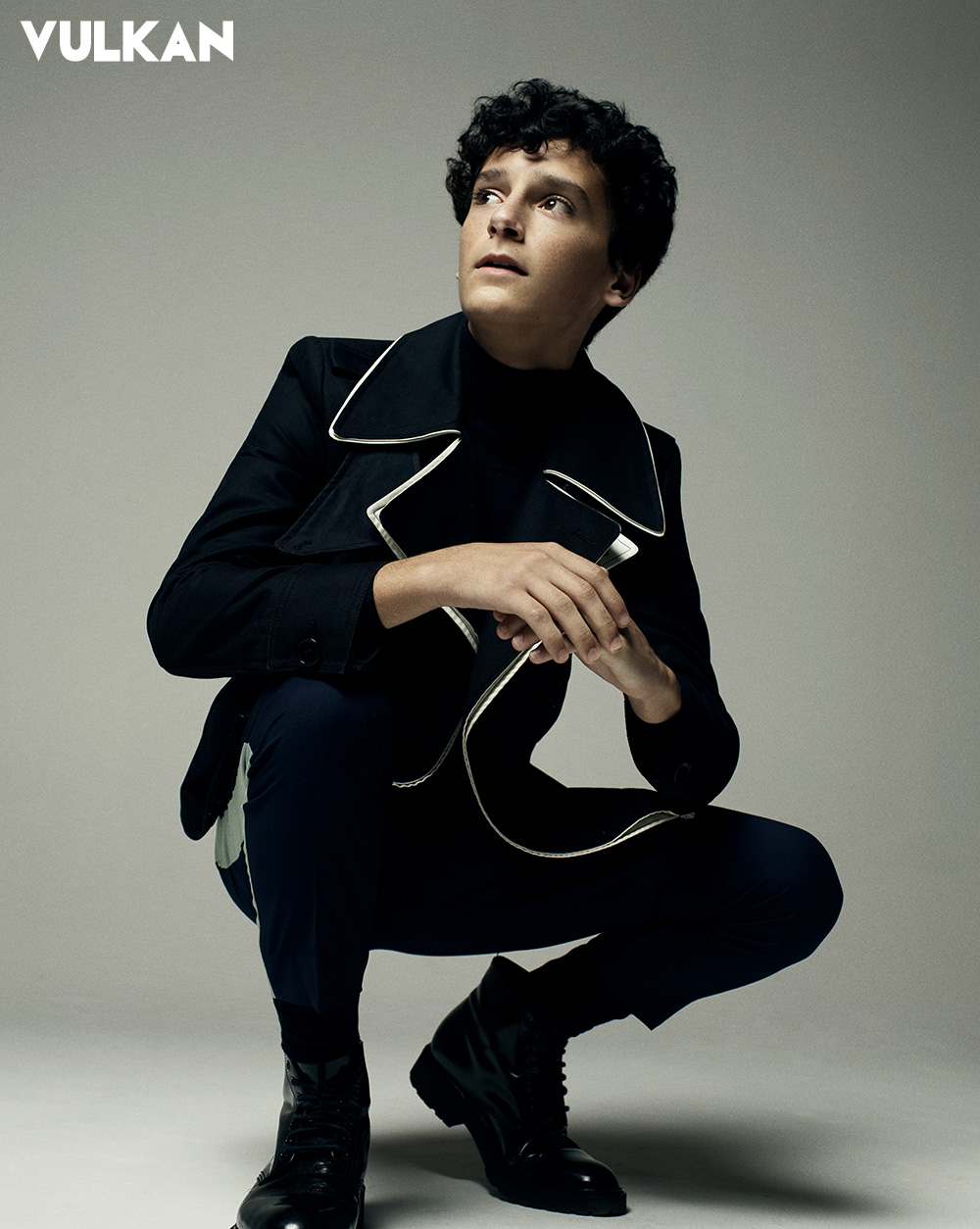 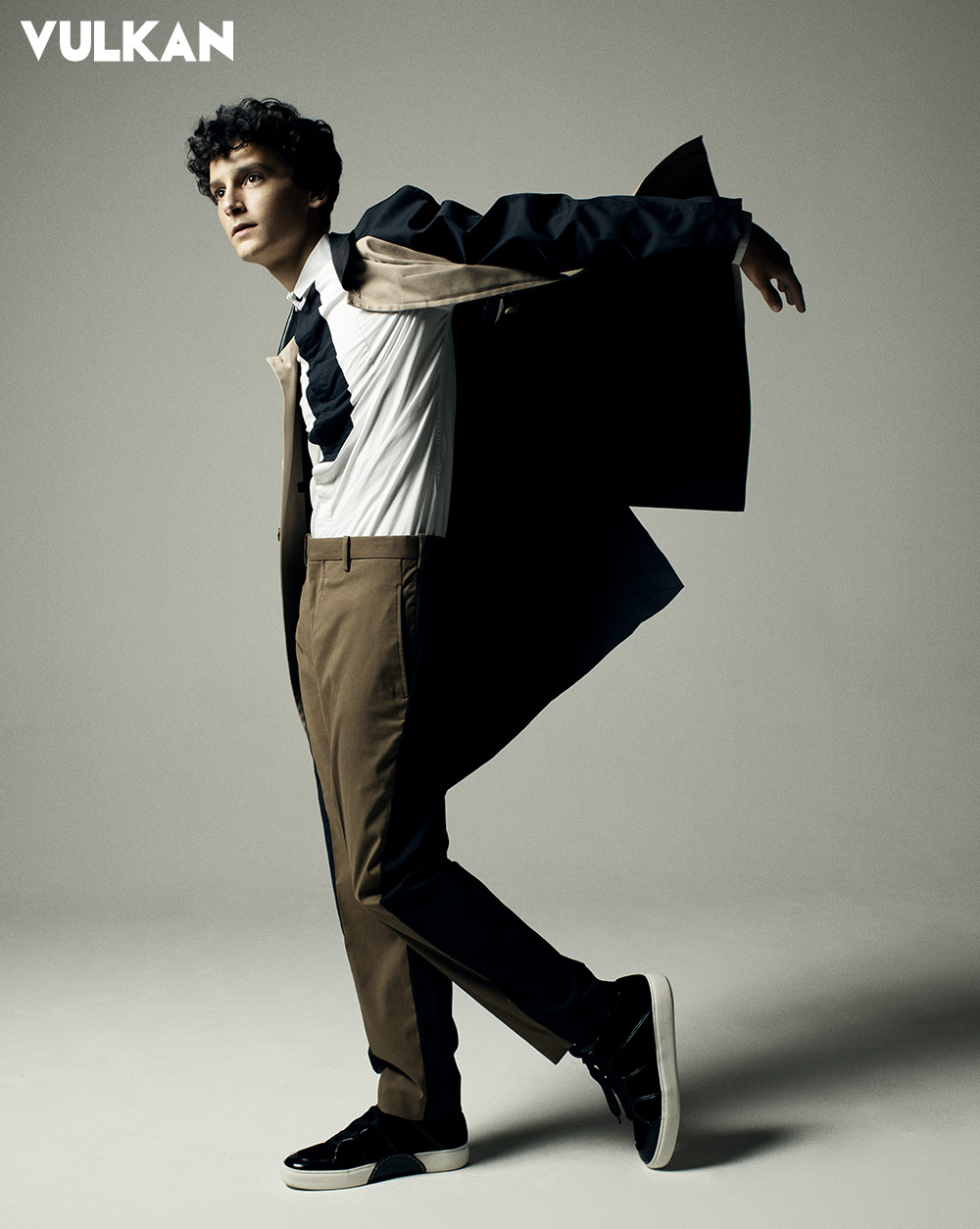 Nicolas Cantu: There is no fear when following your dream
By Alexandra Bonnet

Age truly is just a number…. And Nicolas Cantu proves it. The young and talented actor,  who plays on “The Walking Dead: World Beyond,” sat down with us at Vulkan to discuss his experience as an actor and young adult, so far. His love for acting was discovered at the age of seven and “ever since there have been many moments cementing this as what I wanna do for the rest of my life,” he shared. At that age, the career you hope to pursue isn’t necessarily what you will grow up to be but for Cantu, it was destined. As he said laughingly, “the same week I told my mom I wanted to act, I think I convinced a kid the world was gonna end because I saw it in a movie.” And that is where it all began.

When entering the entertainment industry, obstacles are bound to arise…add in those of growing up and you sure are in for a roller coaster! For Cantu, when acting became a more serious concept, he found himself having to be homeschooled. Of course, for a young individual, this can prove difficult as you lose the day to day interactions you were used to. Despite feeling “socially inept,” as he explained, the dedicated actor knew exactly what he was getting himself into. “I guess when you start working at 7 years old you have to mature pretty quickly so I grew up fast, but that’s less of a challenge and more of an observation,” he stated. “I knew what I was getting into when I went full speed ahead into acting, so I’m not gonna complain about not getting a normal childhood y’know.” No matter the trade offs, Cantu knew in his heart that is what he was born to do.

Currently starring on  “The Walking Dead: World Beyond,” this experience proved to be a dream come true for Cantu. Having been a huge fan of “The Walking Dead” since it first came out, getting the audition for the new series was very exciting. “When I went to read for the part the first time, the excitement translated into nerves, but I still had a good time and I was just hoping for the best,” the young talent shared. He met with the showrunner, Matt Negrete, for another read and felt very comfortable which definitely gave him a boost. As Cantu shared with excitement, “then I got word that I actually booked the role and I was like, YOOOOOOOOOOOOOO!.”

Having shared many fond memories with the cast and crew, the night before New York Comic Con proved to be a special one for the hard-working actor. The shoot ran quite late as they shot the scenes in the woods making “the set feel really cozy,” according to Cantu. Shooting until two in the morning, there was no doubt everyone was feeling a little loopy which pushed them to find ways to keep each other awake. For the actor, this filled his heart with warmth as “that was one of the first times I realized we were becoming a family, plus they had good snacks that night on set. A+ experience, “ he said.

Before he was fighting off zombies, he found himself in the world of Dreamworks’ animated series “Dragons: Rescue Riders.” Cantu started doing voice over around the age of ten, and has enjoyed every minute of it since. When the whole cast records together, there is something different and more fun about it which is one of the highlights of doing voice over, for the actor. Cartoons bring comfort to its viewers and to the actors themselves; as he shared, “growing up watching lots of cartoons definitely helped me with the crazier parts of the job and I’ve met so many great people in the voice over world. Voice over is a blast.”

From the very first recording of the show, it was clear that a connection was made between everyone on set. As Cantu opened up, “everybody on the show was really comfortable with each other, and Dragons was one of the shows where we would all record together as a cast,” which made it all the more enticing. He added happily, “it was like a party inside the booth, hanging out with everybody in the cast.” Furthermore, he met who is now one of his best friends, Noah Kaye Bentley, with whom he has been “skateboarding through the quarantine.” In the end, the cast and crew became a tight-knit family which transfers on and off screen.

Speaking of family, Cantu shared with us his upbringing and more about his own family.  Having grown up with two brothers, they would do everything together: walk home from school, play video games, mess around outside, and more. Looking back on his memories with them, he remembers how, “as messed up as it sounds,” they would all injure each other in some way, “we’d be throwing rocks at each other with zero remorse,” he admitted. Oh, sibling activities! As he went down the path of nostalgia, Cantu realized that the biggest take away is that his brothers “were always the first to support me as well.” Laughingly he said, “while we did push each other down hills, we were also quick to run down and pick each other up.”

This trip down memory lane is one of the many moments of contemplation the actor experiences. As he wakes up in the morning, or more like afternoon, he finds he has a sort of routine going on. “I do that “post sleep stare” where you just sit at the edge of your bed and ponder existence for a minute,” he explained. Something we could all take a minute to do rather than getting up and going, going! When he isn’t acting, he usually fills his day with activities including skating, adventuring outdoors, and seeing friends! Ending his night with some gaming time, Cantu still finds ways to experience life as a young adult.

Nicolas Cantu shows us what it means to find your path and stop at nothing to get where you want to be. Still holding onto his youth in some ways, he works hard every day doing what he loves…acting. Hoping to play  in “a supernatural, buddy-comedy, coming of age story,” he laughingly added, “now I gotta write a whole script around that so someone doesn’t beat me to it ugh, woe is me.” Oh and let’s not forget the tank. Cantu ended the interview on a seriously funny note: “I could see a tank in my future, like just owning a military tank. I don’t know why I just think that’d be cool, like oh hey here’s my tank, now i’m the guy with the tank.” Sometimes, in life, you have to be ready to give up certain things to gain something even better and that is exactly what Cantu has done…