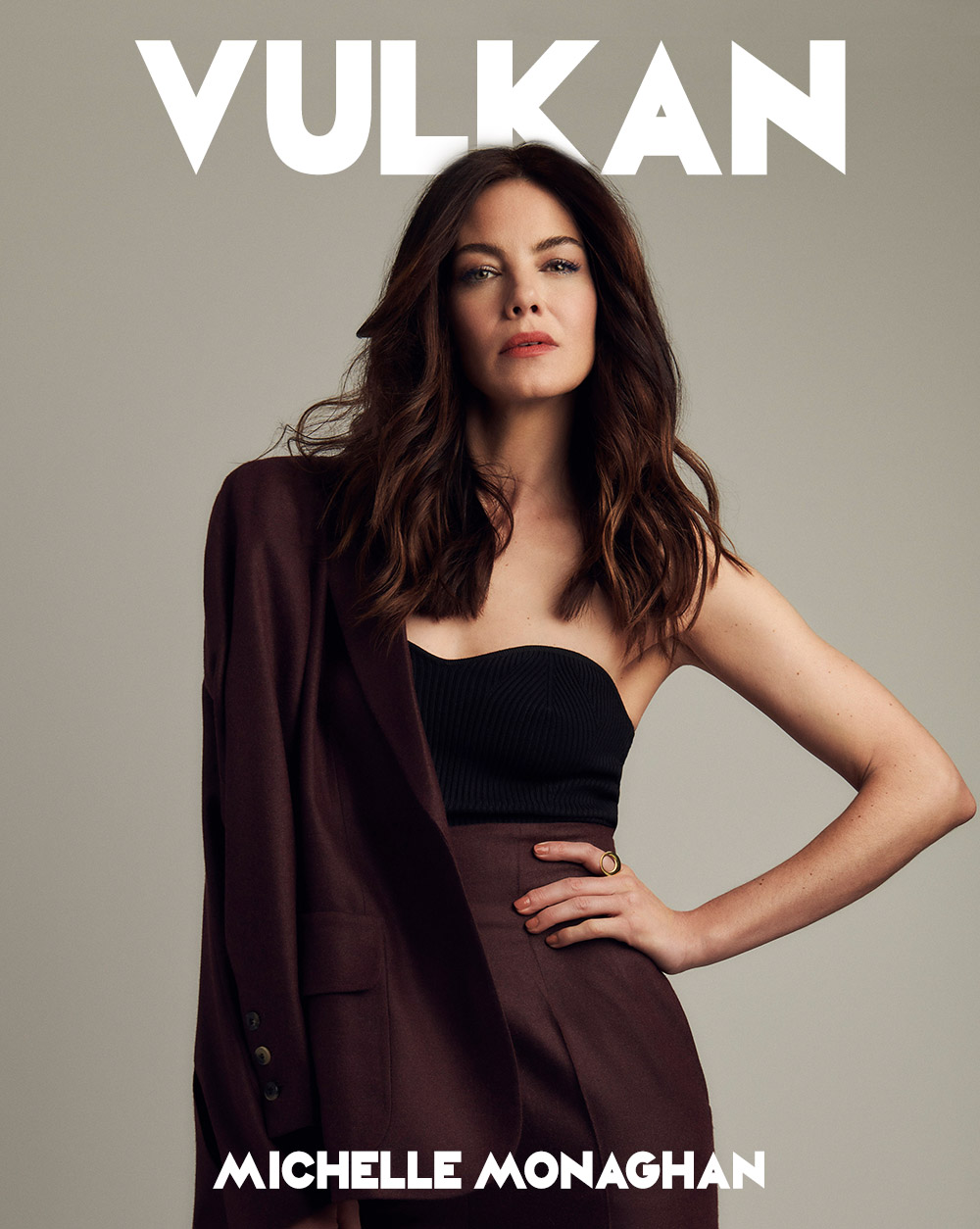 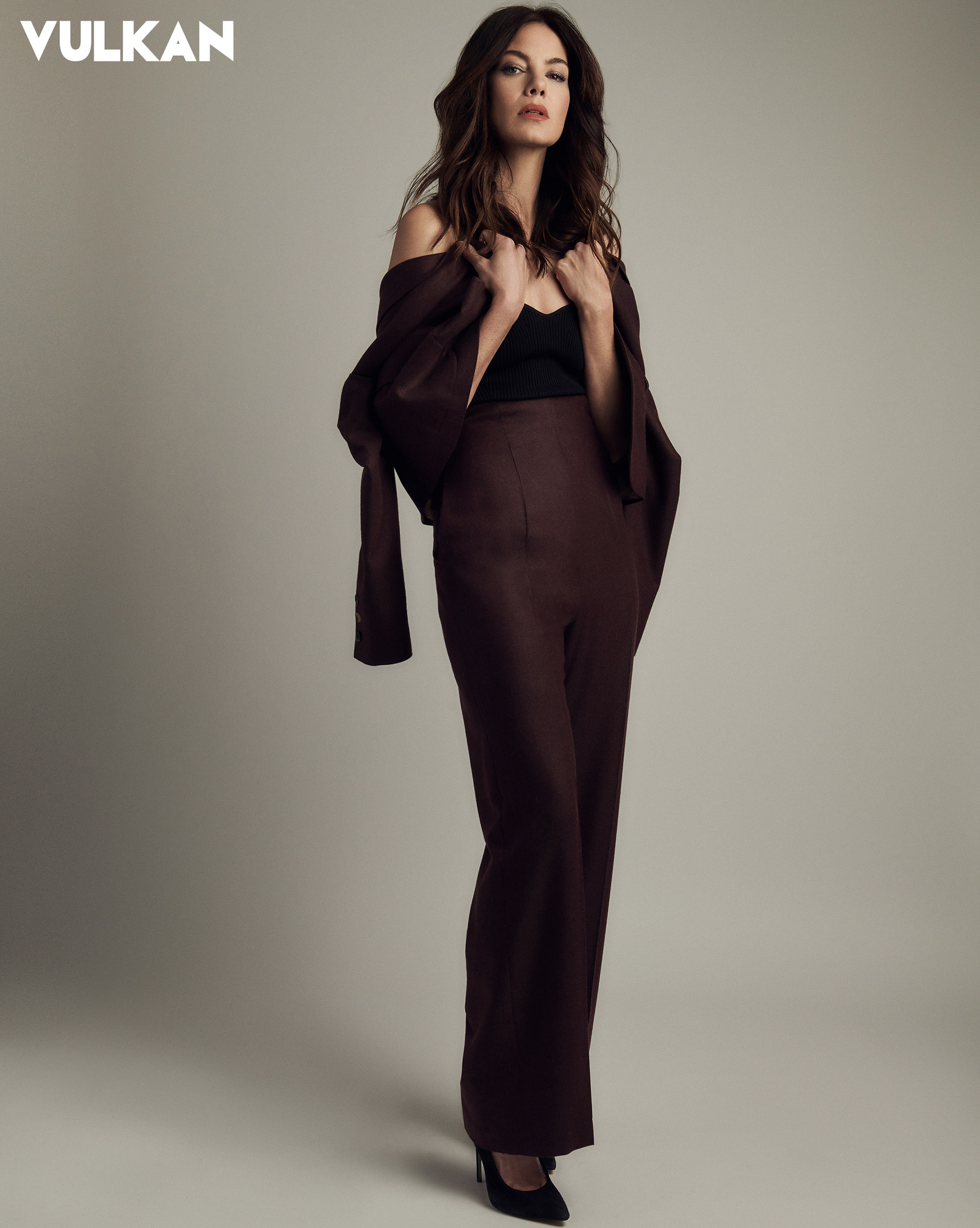 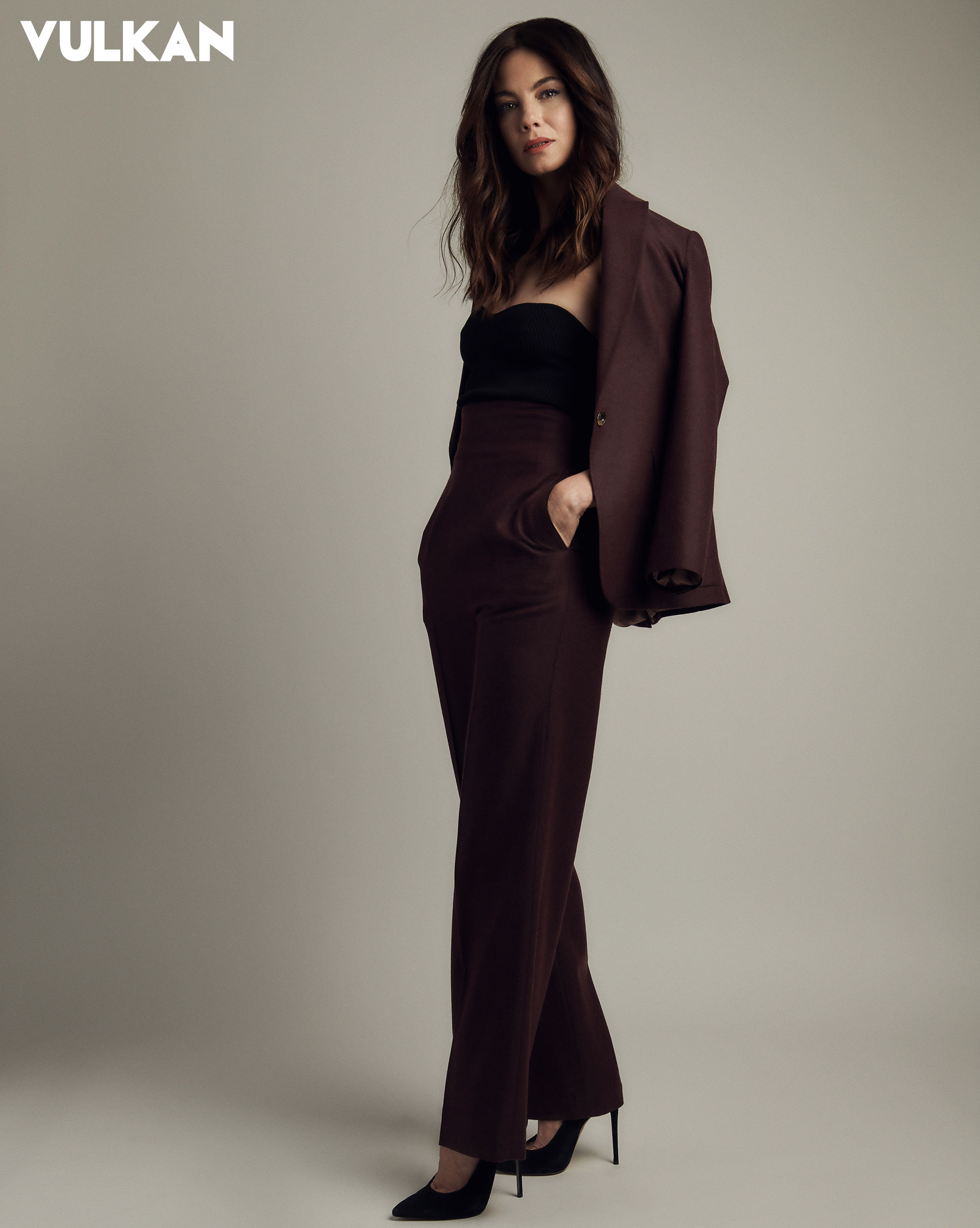 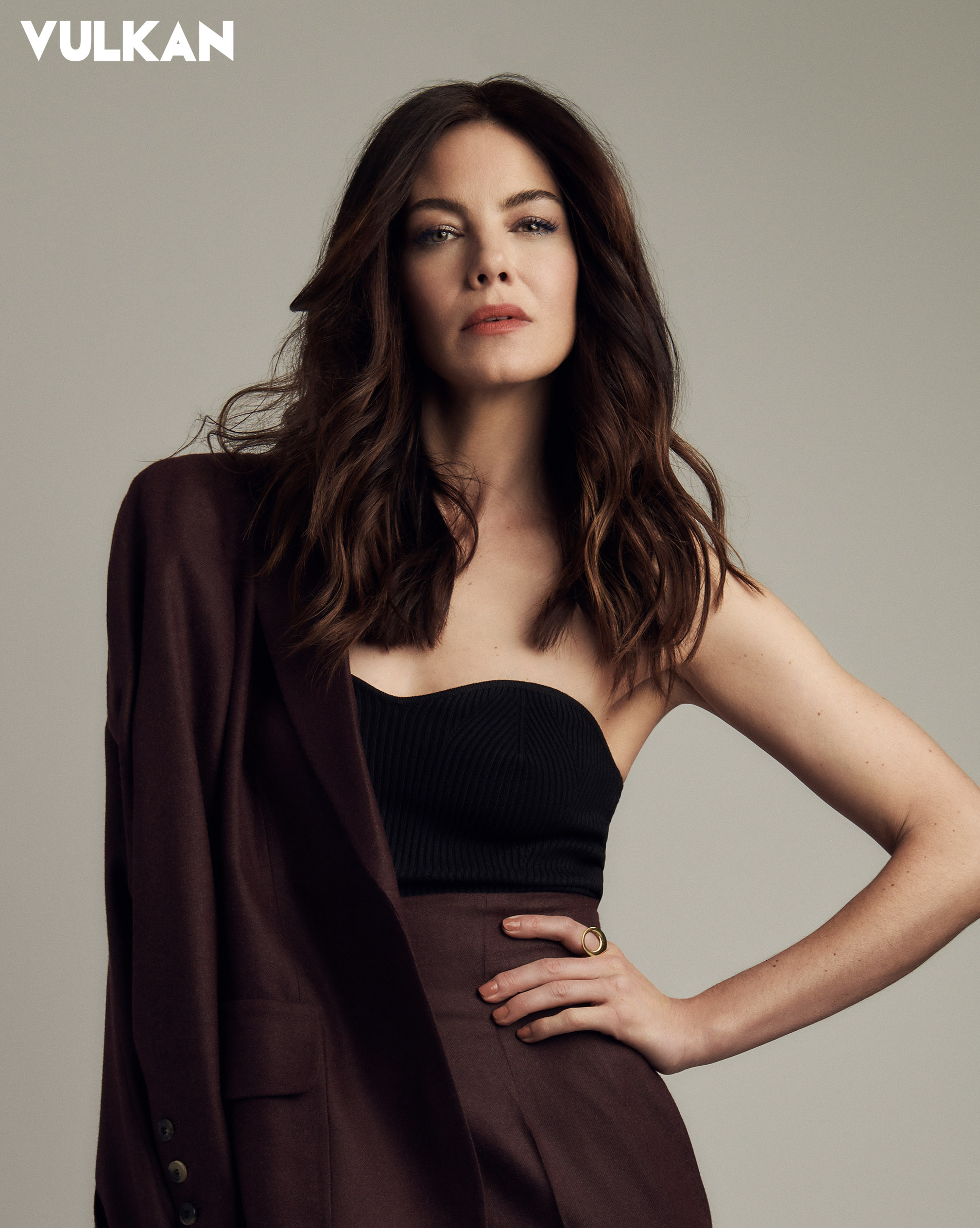 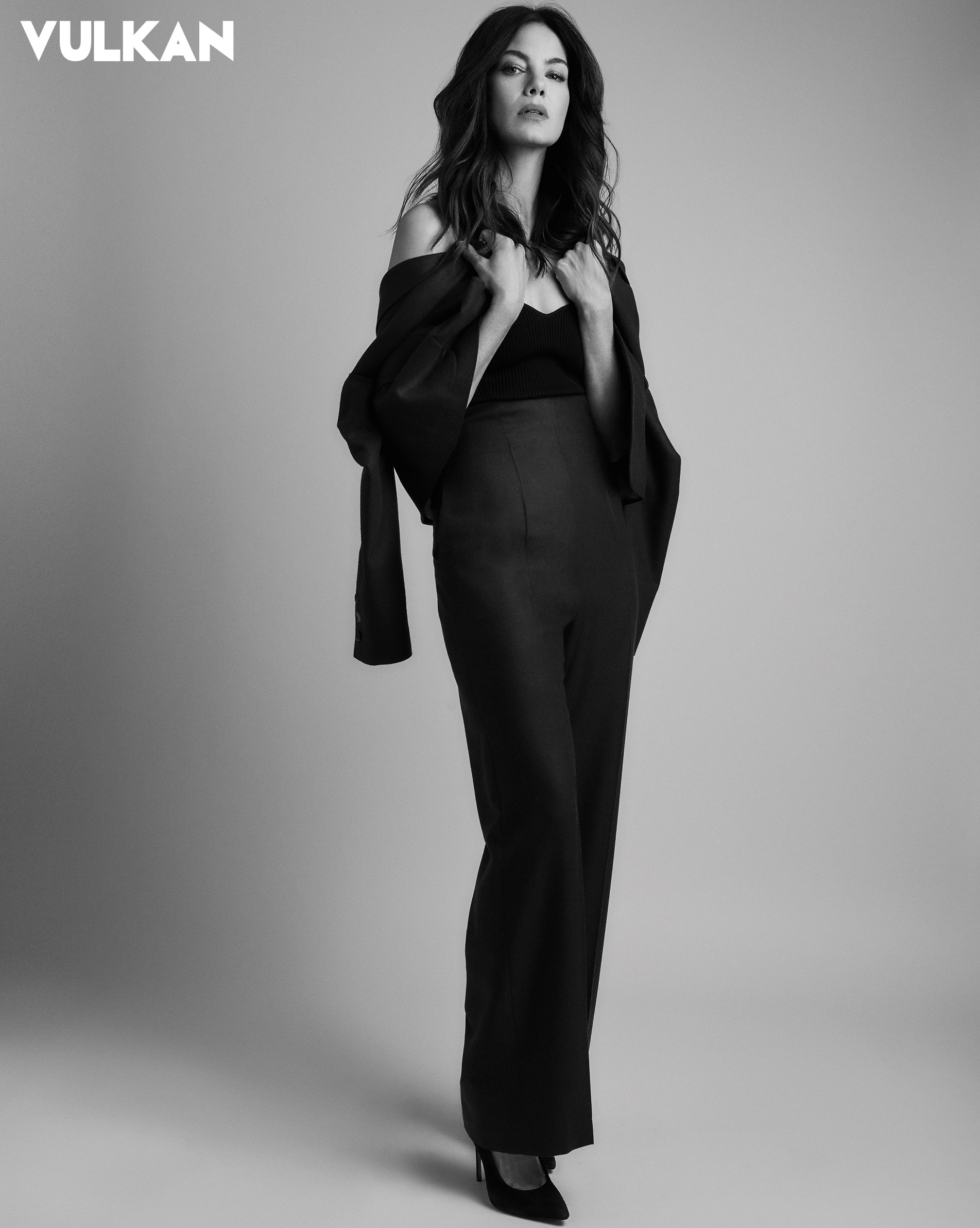 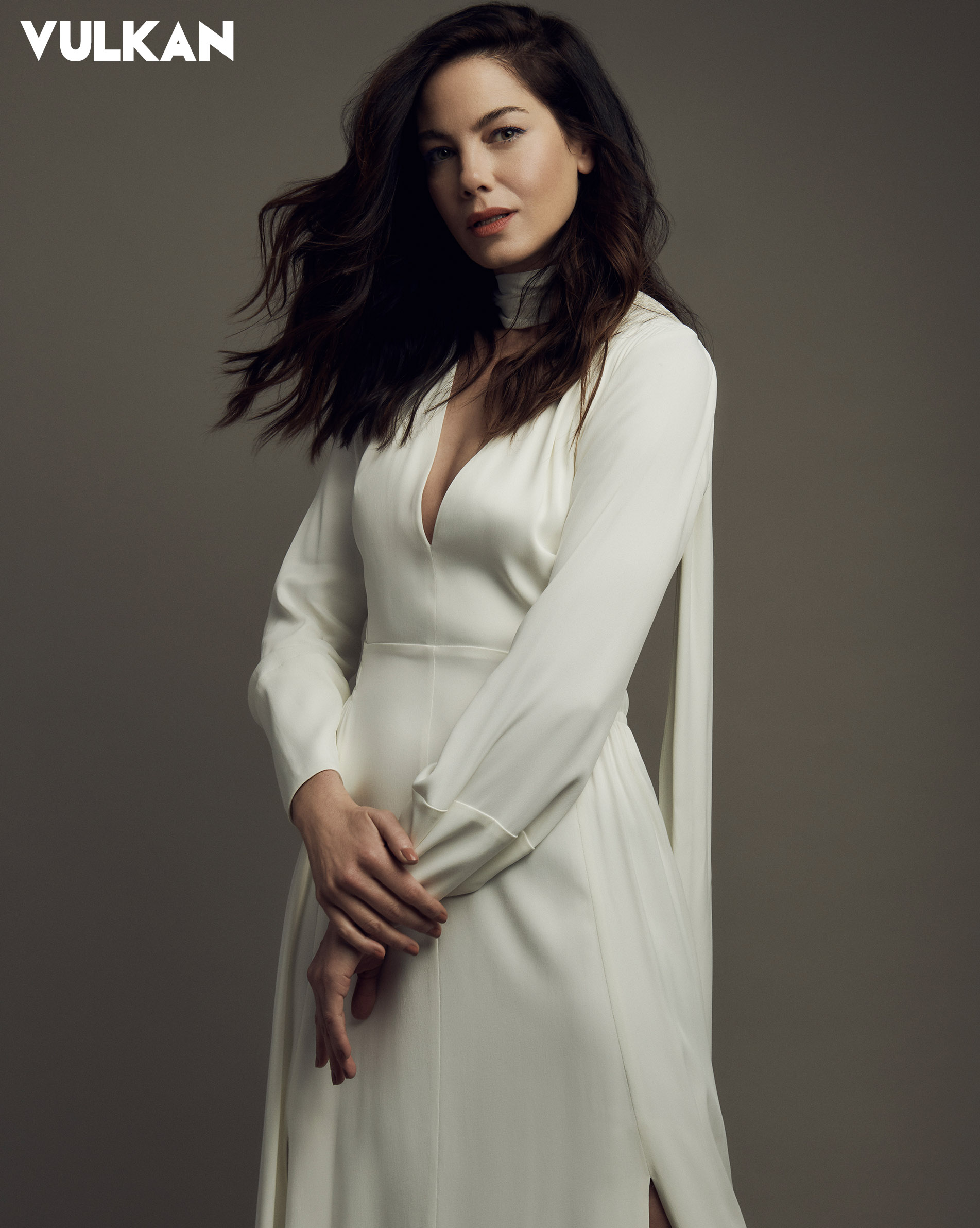 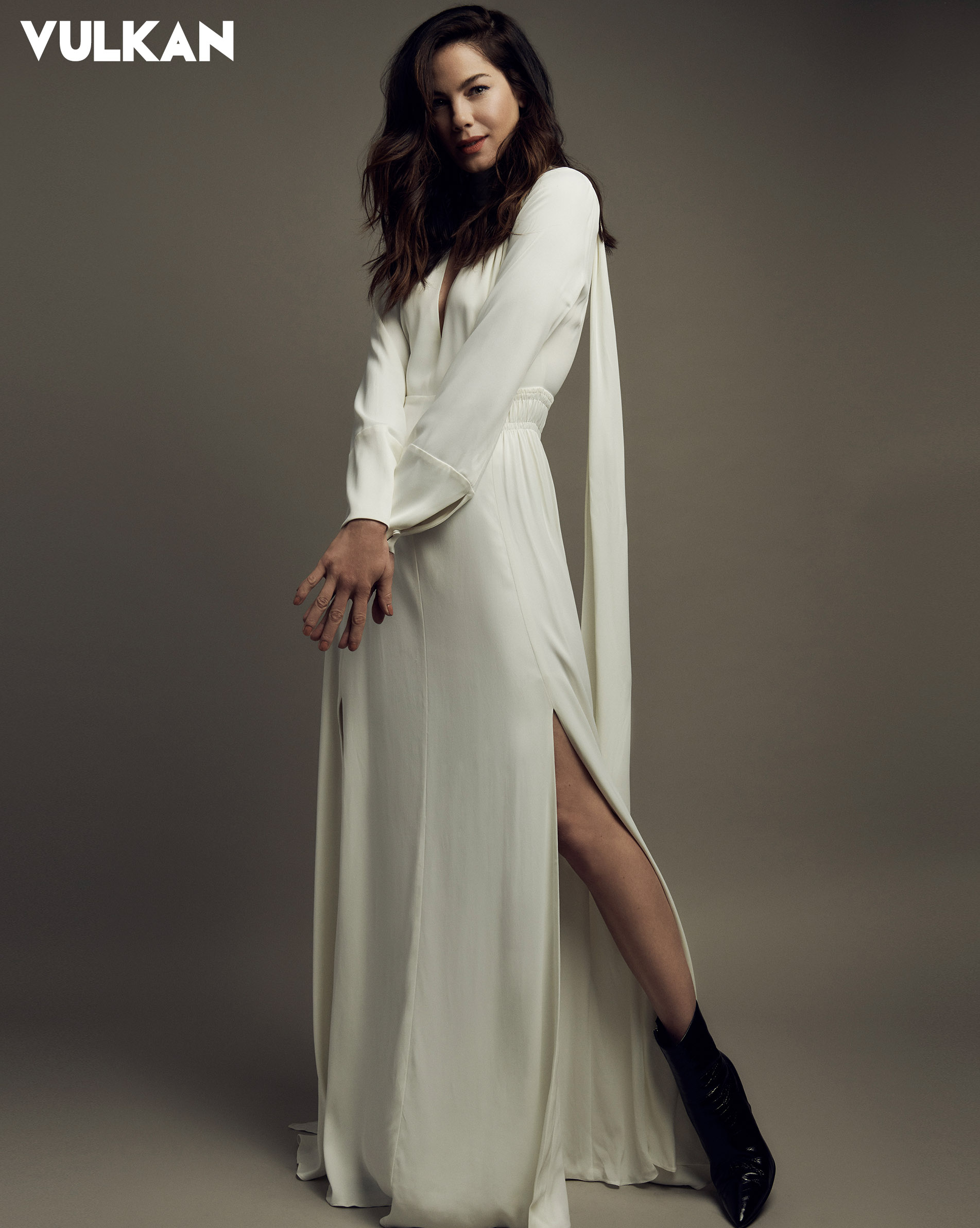 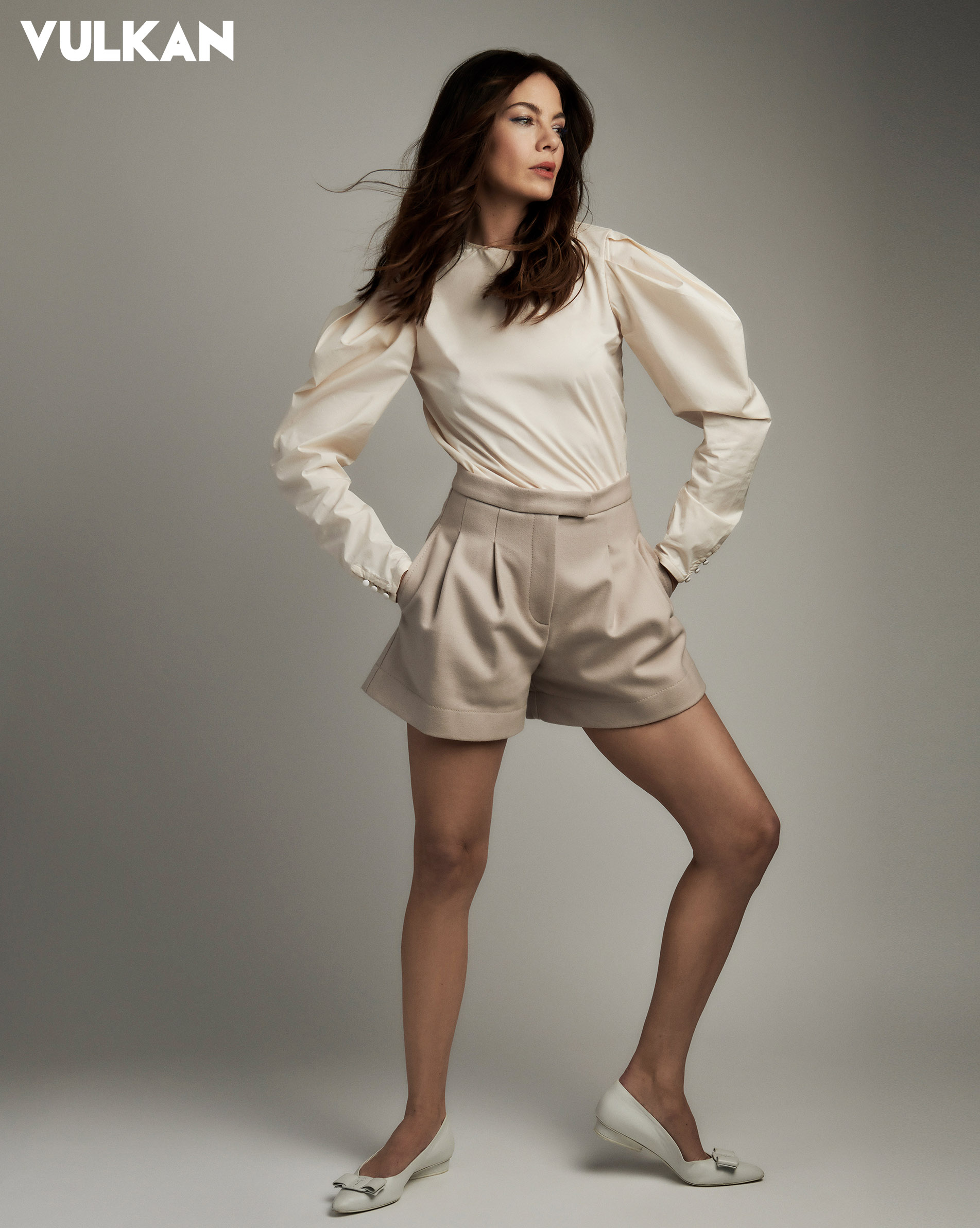 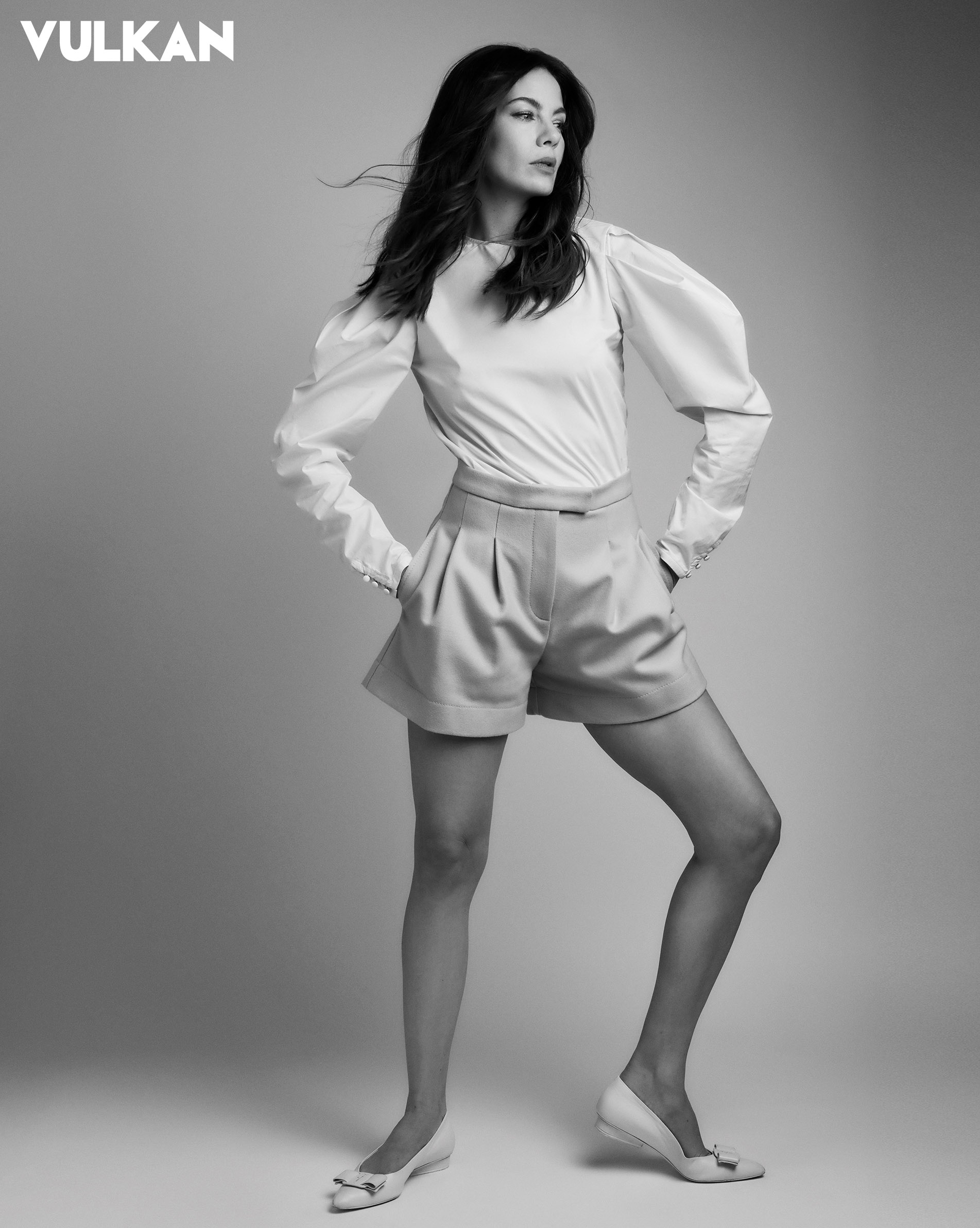 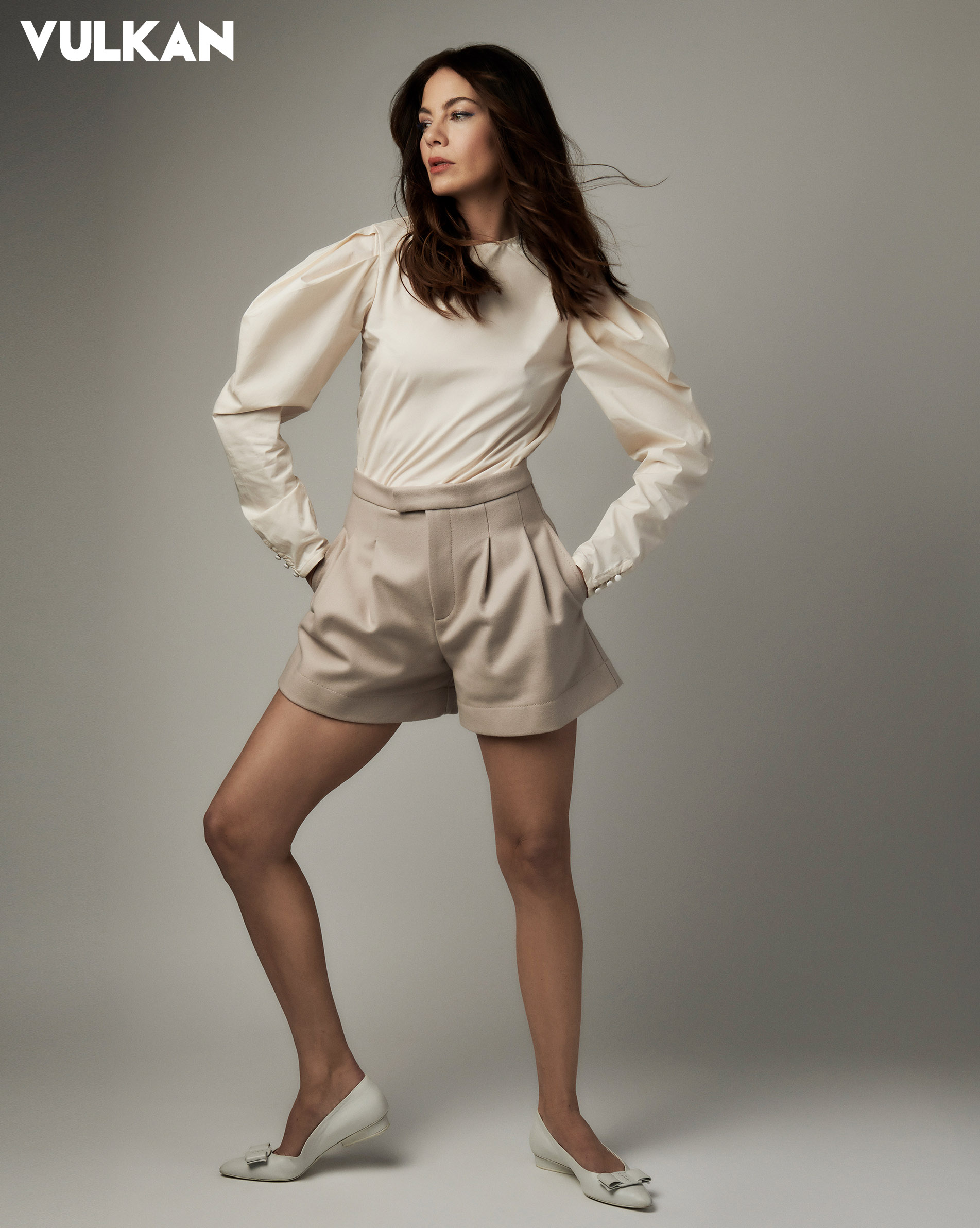 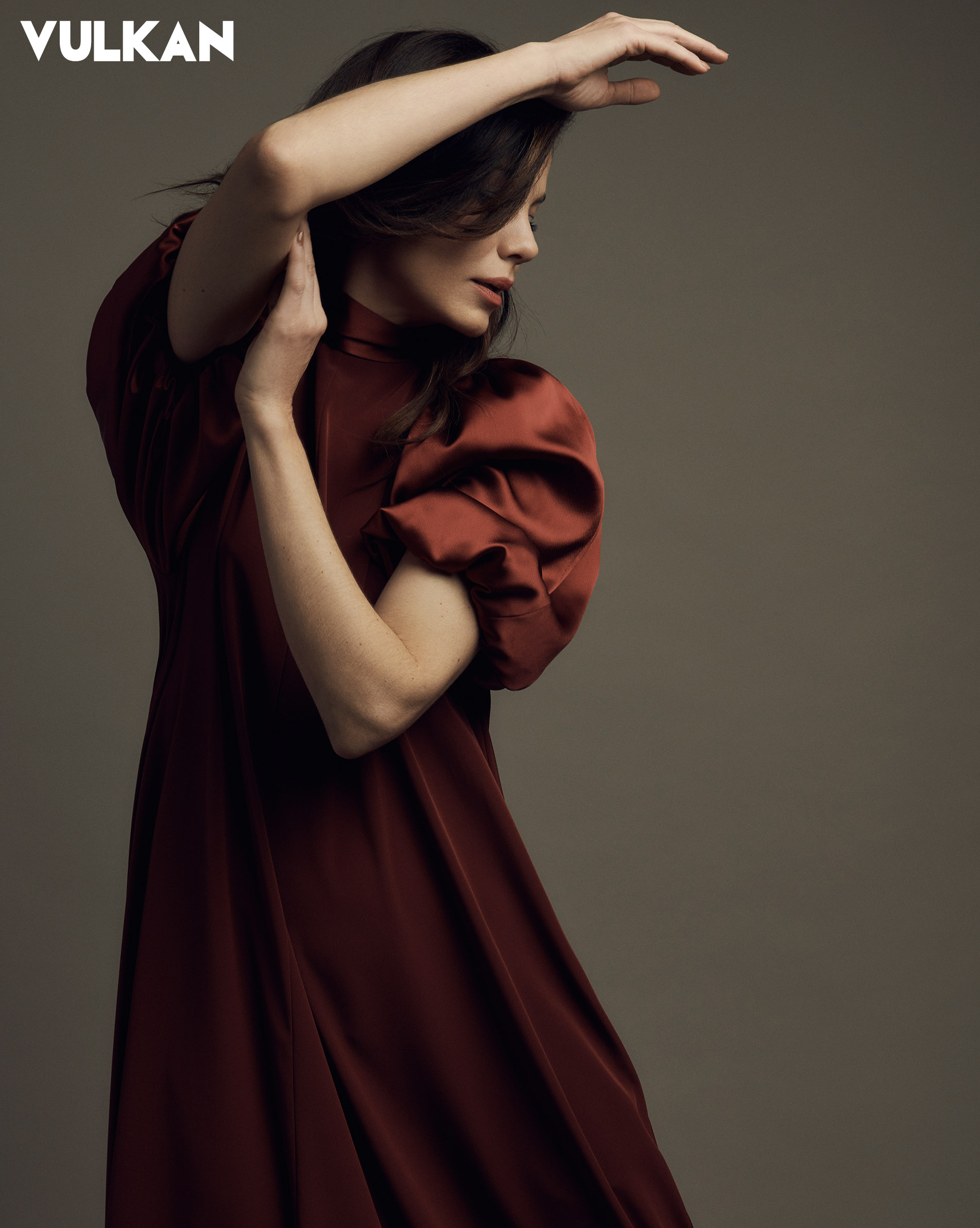 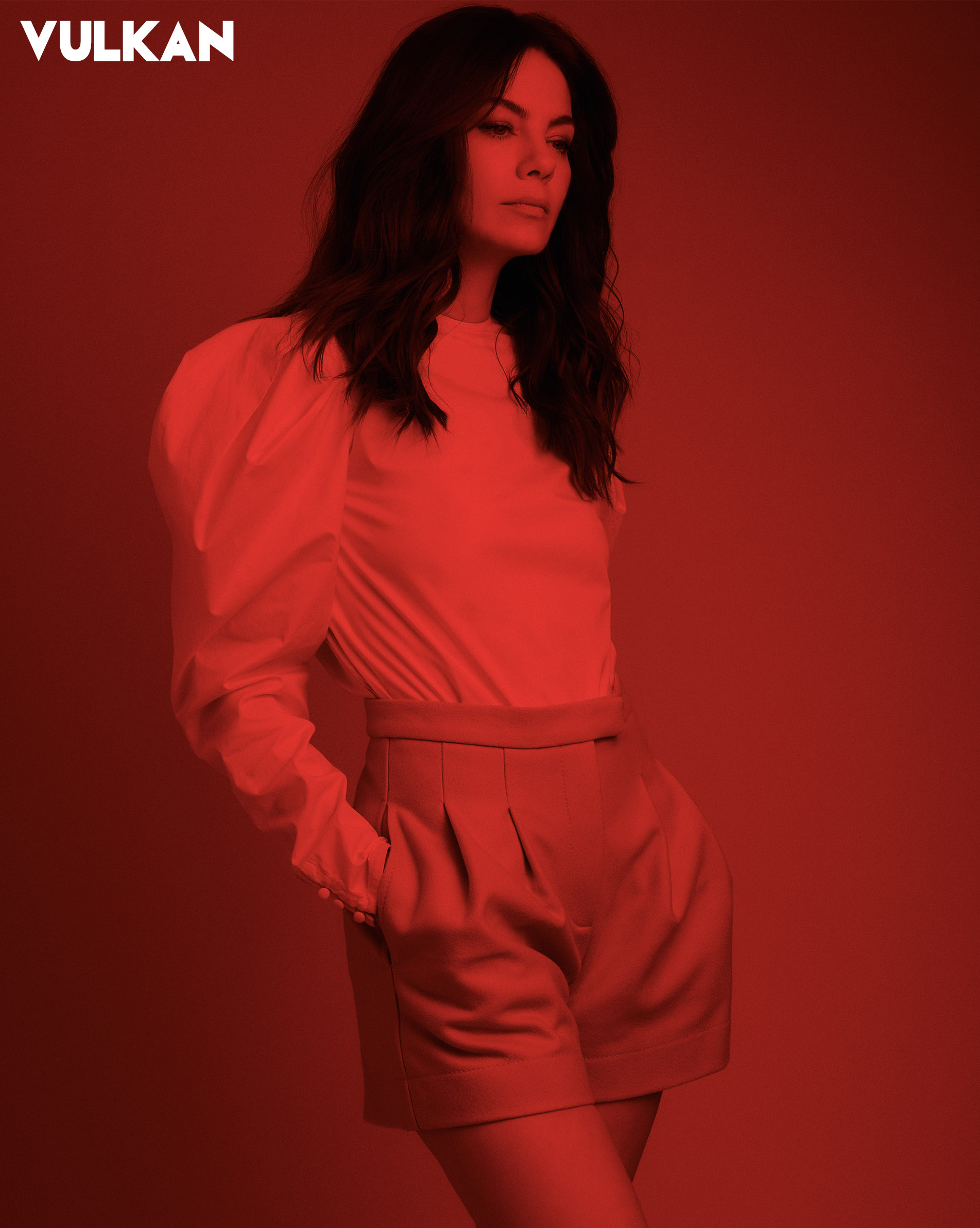 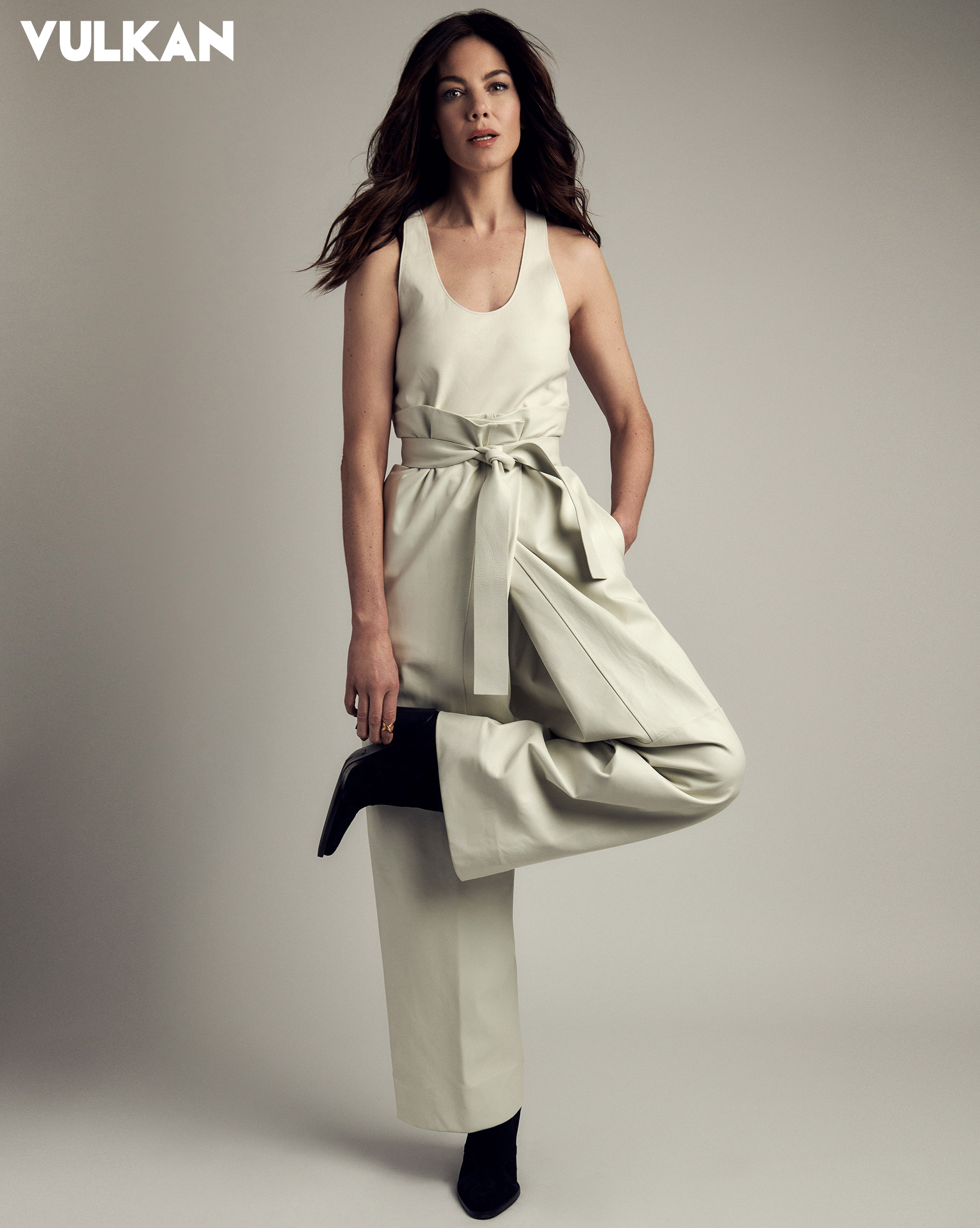 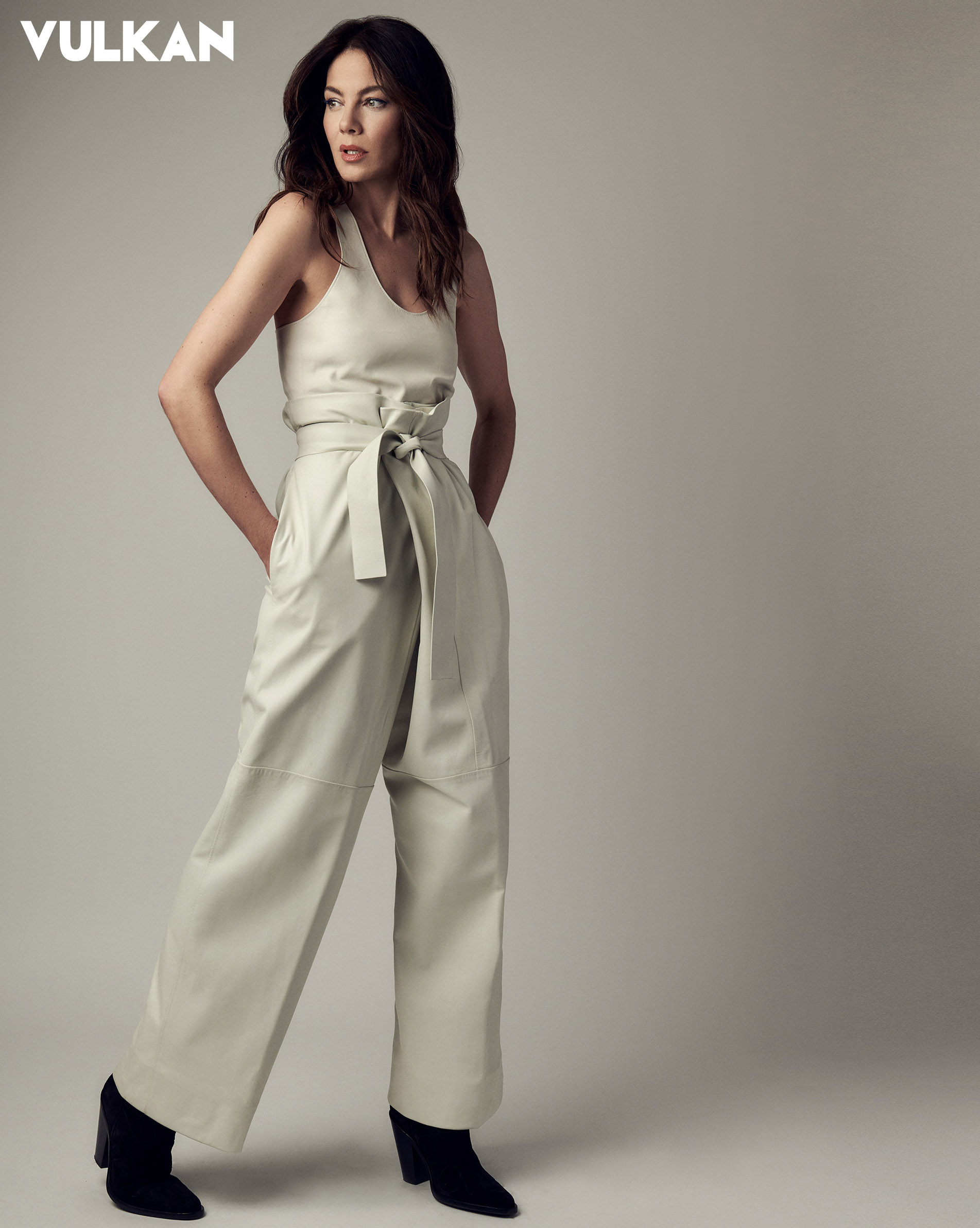 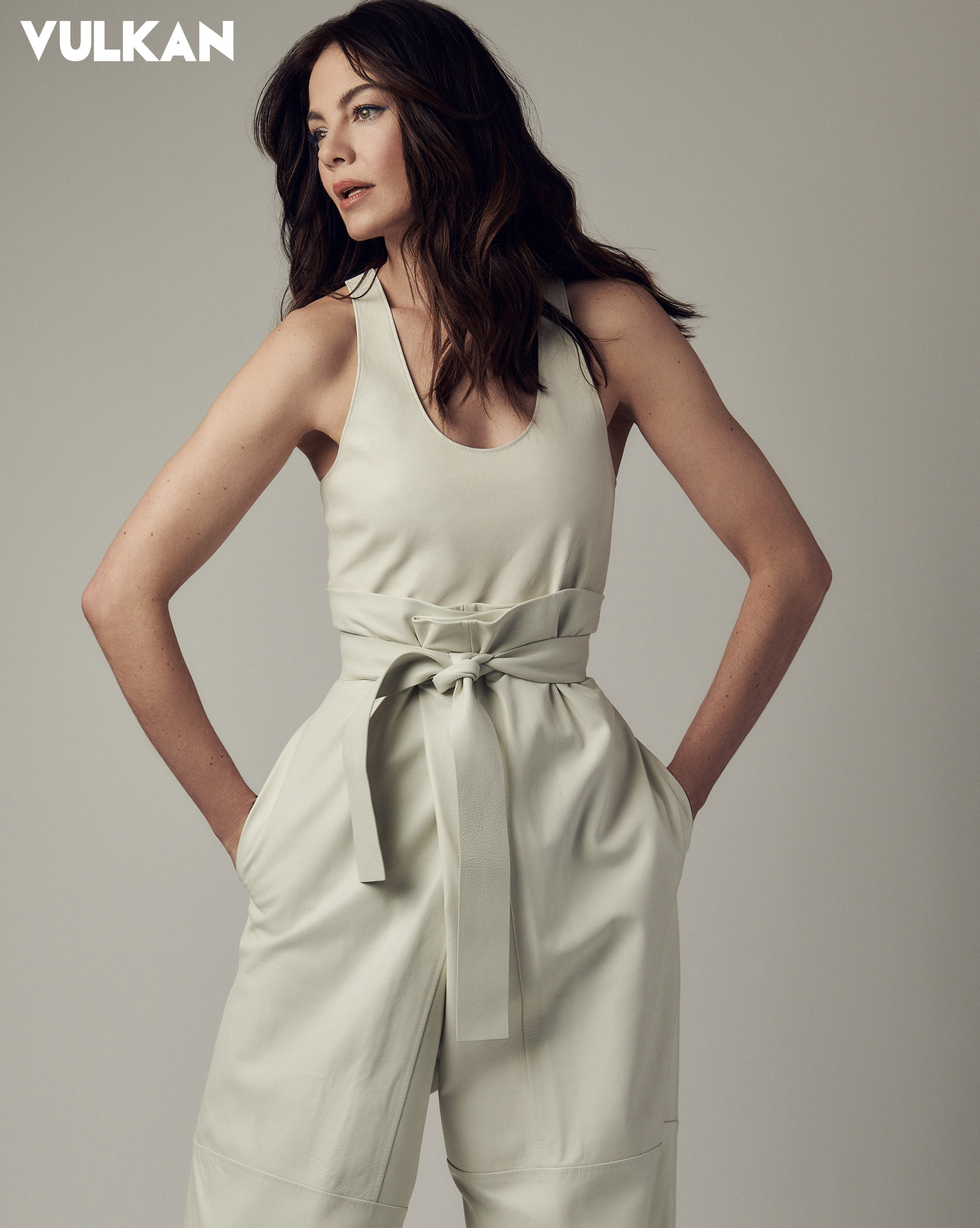 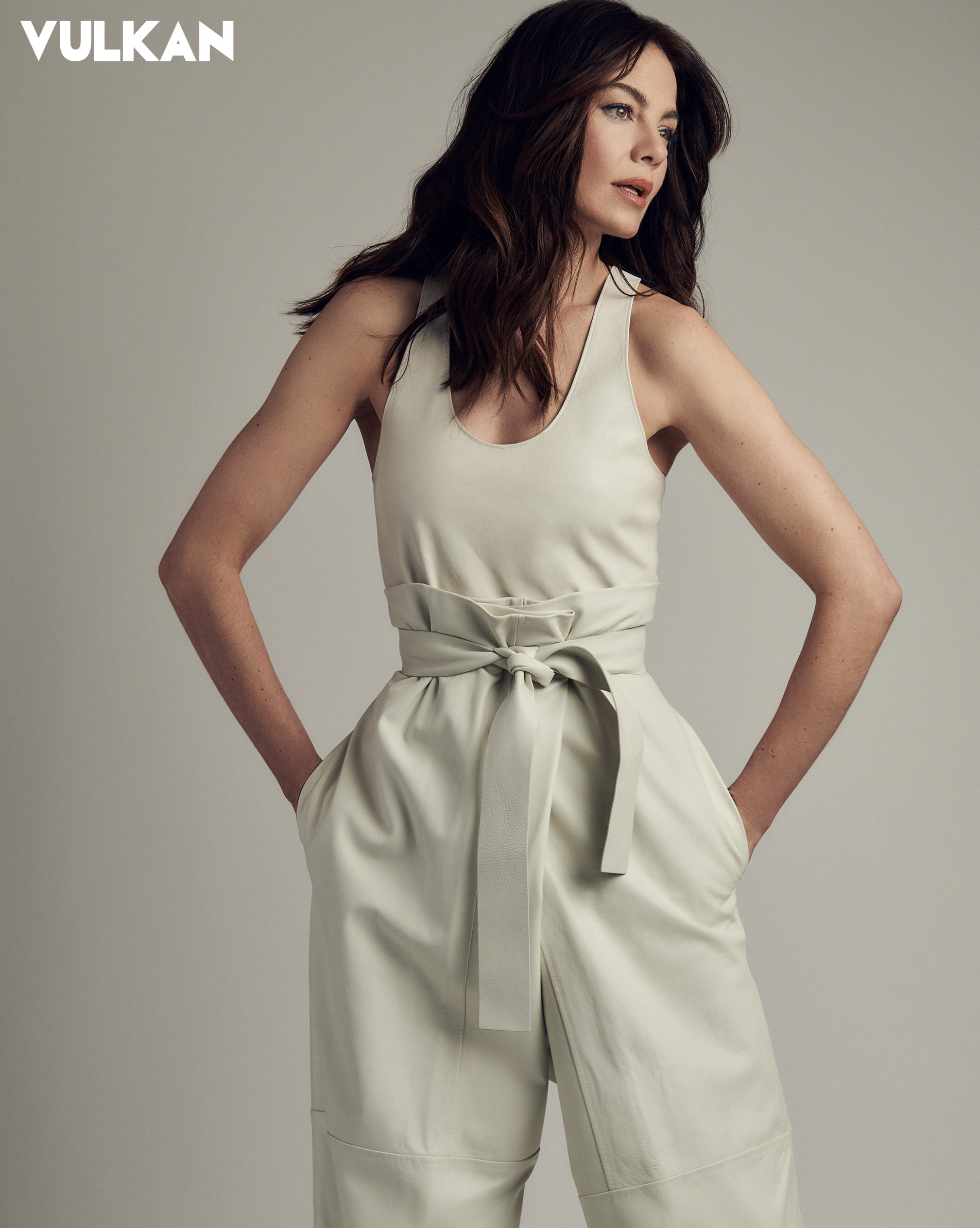 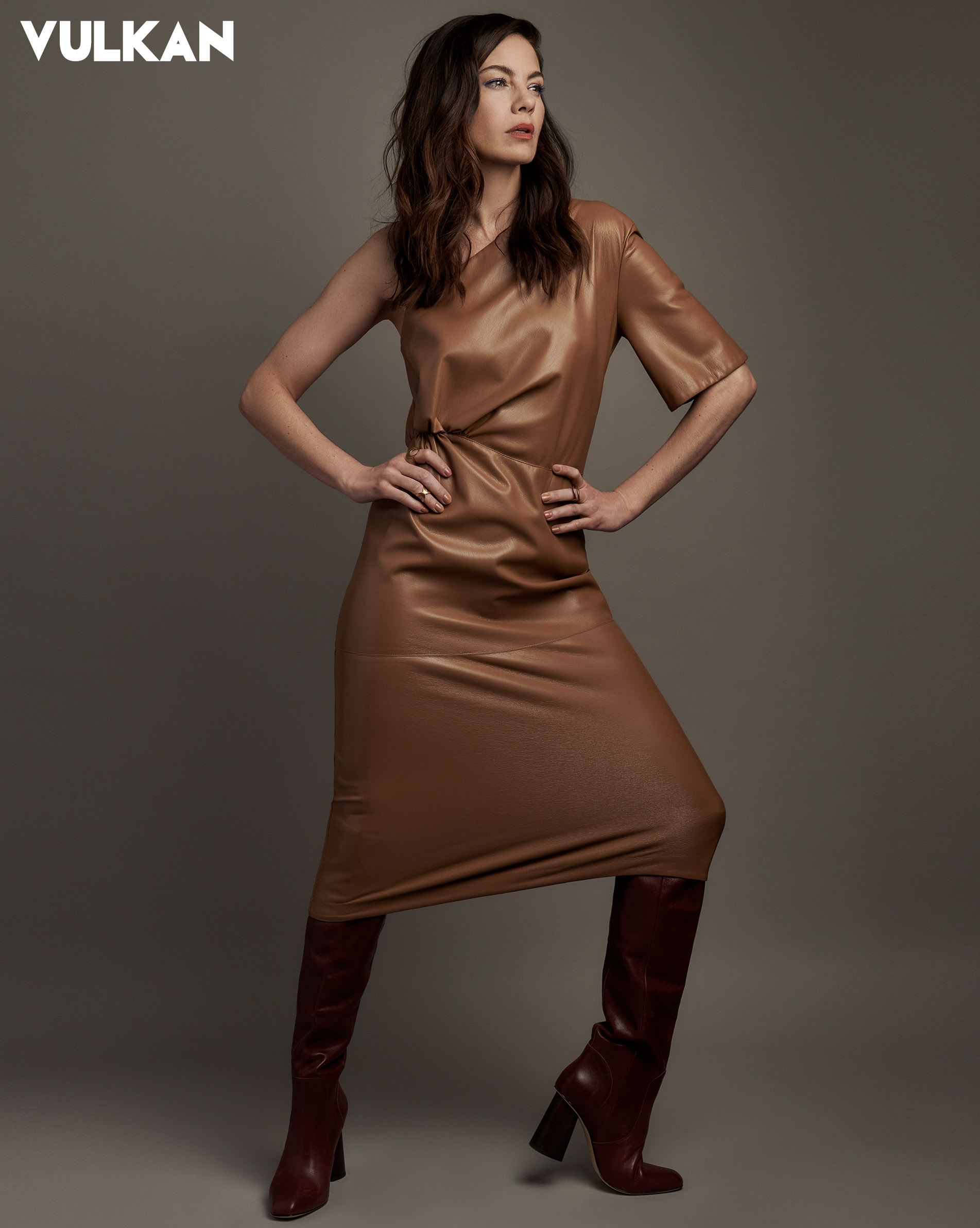 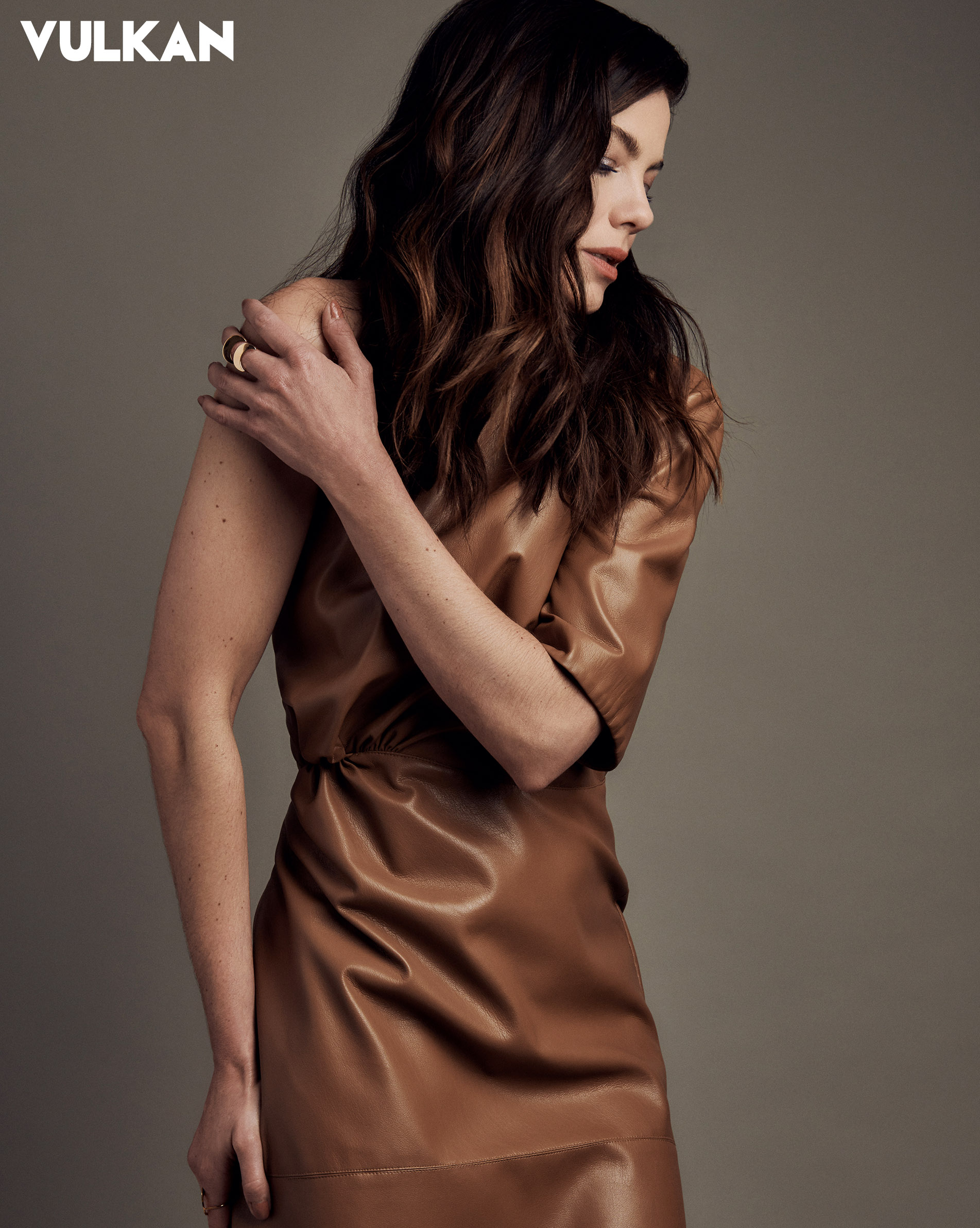 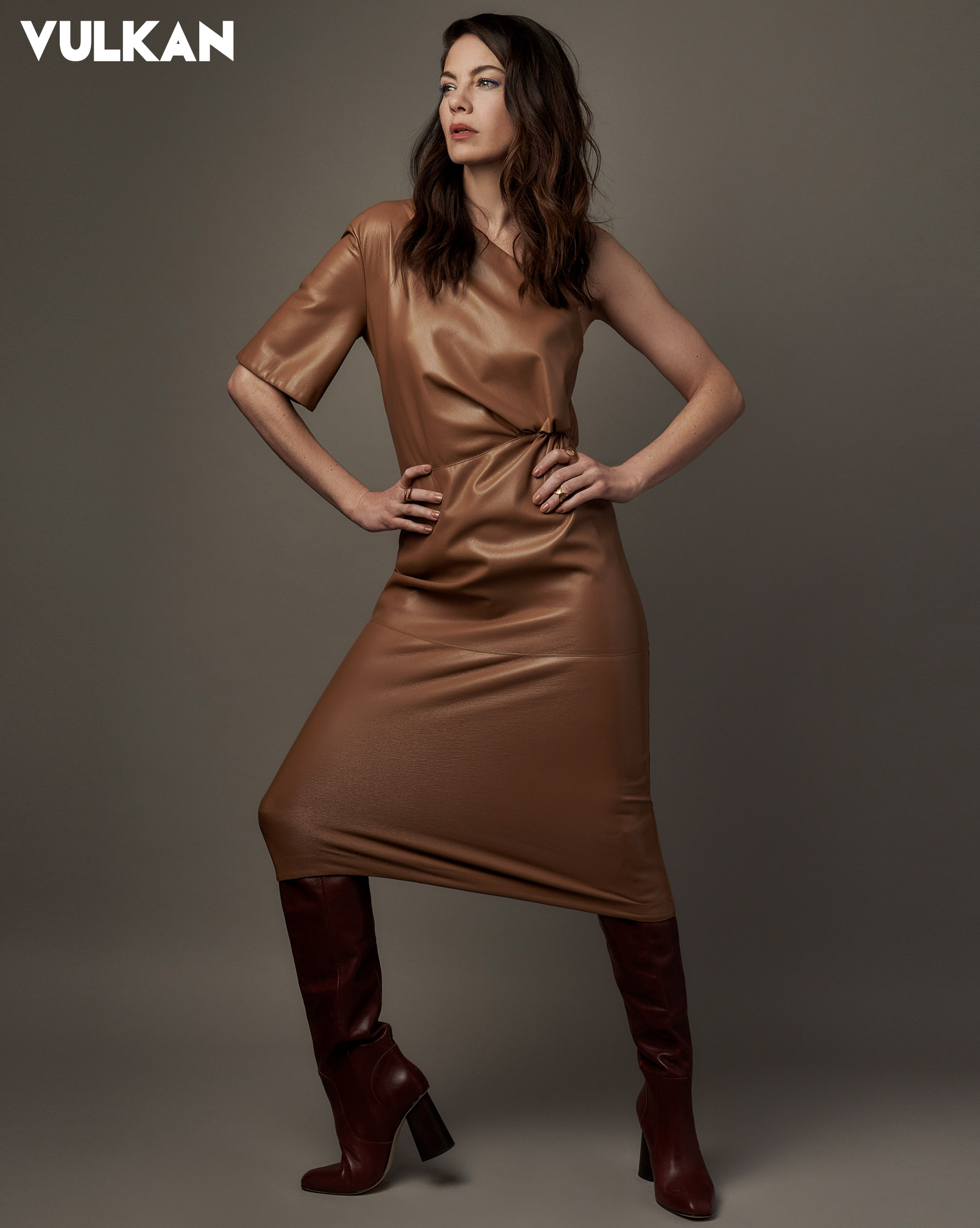 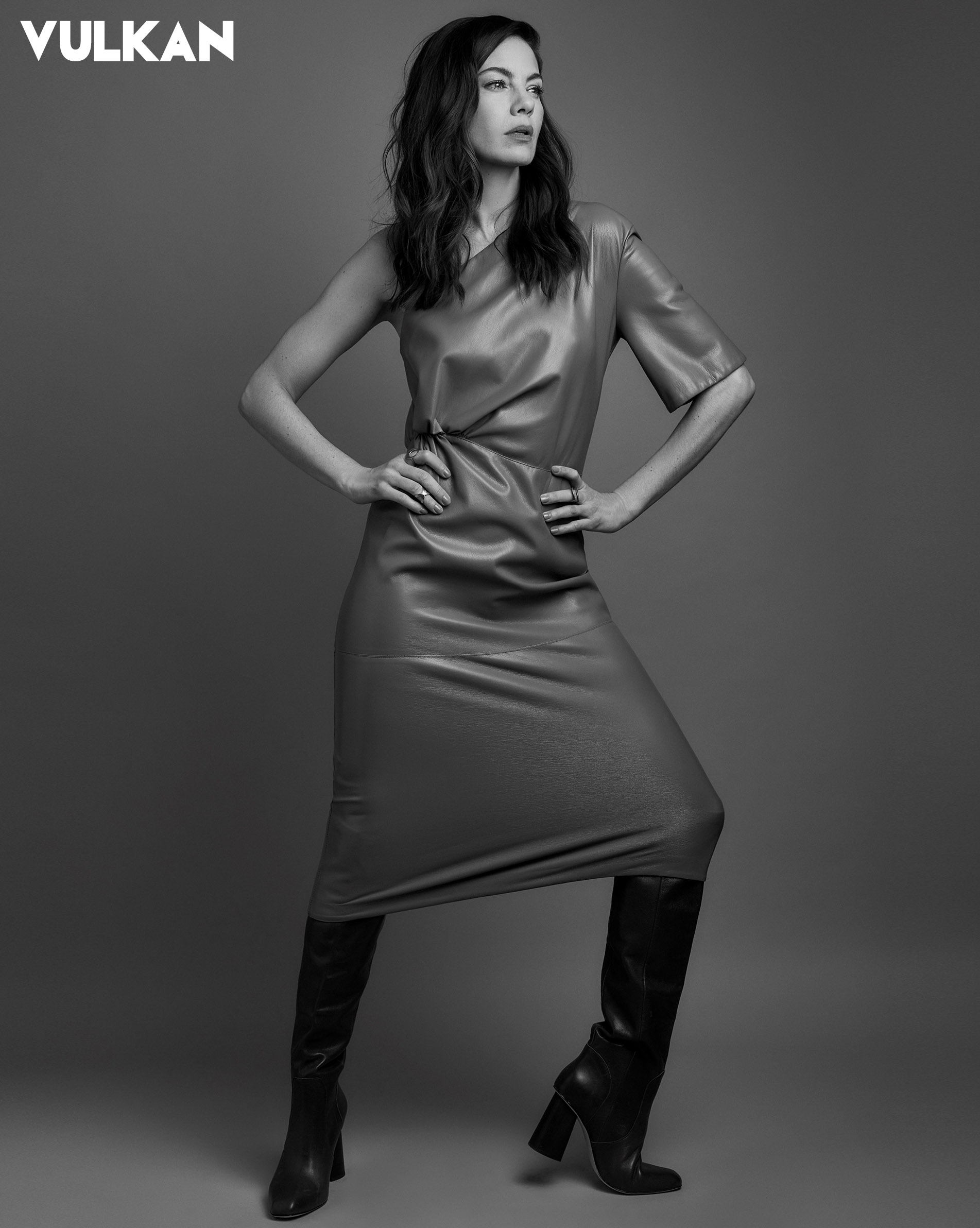 One can debate that as technology and social media progresses, our society finds itself being more and more isolated every day. In person human interactions are becoming scarce however they seem to be thriving digitally behind different screens. “I think that most people are quietly enduring something or living somewhat of an isolated life or struggling with something,” shared the talented Michelle Monaghan as she opened up about her time on the Netflix original series “Messiah.” Currently available on the streaming services, the show “shines a light on people from all walks of life,” and reminds us that there is a whole world out there that we don’t always think of.

Playing the role of “Eva,” a CIA agent whose focus is in the Middle East, Monaghan fell in love with the script as soon as she picked it up: “ I actually couldn’t put it down when I was sent all 10 episodes.” As she explained, the series follows the story of a man who is gaining notoriety around the world for some of his actions. Actions that have little explanation and are short of being considered a miracle. Her character Eva gets word of this and due to her field, suspects he could potentially cause havoc on a global scale. This prompts her character to go to great lengths to uncover the truth about him. “But in reality, she’s someone who’s living a very insular life. And the way that I kinda see her is that she’s such a truth seeker,” opened up Monagahan. “Her trying to find out who the Messiah really is is a nice distraction from her having to confront and face her own personal fears and trauma.” Avoiding our own problems by distracting ourselves and focusing on others’? Sounds like something many of us can relate to.

On a global level, the show illustrates the trifecta of cultures as it is shot in Arabic, Hebrew, and English. It is unique in the sense that “it’s not just a Western point of view,” shared Monaghan. This being one of the main reasons why she was attracted to it. To her, the show feels more about connecting with people and opening our eyes to the fact that no matter where we are from in the world, “we’re all in search of something.” Every character of the show is in search of something which pushes viewers to look inside themselves. As she expressed: “Al-Masih really is the mirror into anyone and everyone’s belief system.” After all, looking within can be challenging but when you open up to that concept, there is a chance one may reach a higher spiritual level. Just maybe, this will allow one to begin the healing process on a personal and global scale.

When working on a project like this one alongside the power house that is Netflix, you wonder how the actor connects with their character on screen. Indeed, Eva is “very much in the grey area and her philosophy is very dogmatic by the nature of her job,” she explained. She has many layers to her which Monaghan was able to peel back and uncover. We think we know someone until we dig a little deeper and start to see more and more of the humanity in them, putting a stop to our initial judgment. The talented actress admitted that she can be quick to judge people but then, as she expressed, “all of a sudden, I can take a step back, learn a little bit more information and think they just had a really bad day.” We are all guilty of doing this but what matters is realizing it and acting on it.

In order to connect with her character, Eva, Monaghan worked closely with the creator of the show Michael Petroni. As she put it, “it was just finding those quiet moments that we all have in real life. Say our parents call and we don’t really know how to talk to them or how to engage with them and how to completely be honest,” for example. As they moved through the script, she shared that she did feel like they were finding those honest and authentic moments which were easy for her to access emotionally because “they’re the most sincere moments that any of us have through the day, those are important moments to show for me as an actor.” When watching “Messiah,” it becomes evident just how much she accomplished her goal as an actor.

Her time on the show did bring up much self-reflection and opened her eyes to different and new cultures. Playing in a multi-lingual series did prove to be challenging for our world-traveling actress: “Oh my gosh. It was — I’m not gonna lie — it was very challenging for me,” but thankfully, Monaghan had two amazing dialect coaches both for Hebrew and Arabic. They guided her patiently over the course of six weeks! Laughingly she said: “I gotta tell you, my mouth isn’t used to making those sounds there’s a lot to learn and you know, I genuinely love the aspect of getting the opportunity to learn something new with every role.” Surprise! When she got to a certain region, she had to learn their dialect all over again which seemed almost impossible but in the end, “I think it all worked out,” she expressed.

Getting to travel and shoot in the place where the story takes place is a gem for an actor as it is incredibly informative and invaluable for their performance Monaghan explained. Having spent a significant amount of time in Jordan, Israel, Jerusalem, Tel Aviv, and many other places, she shared: “I met some incredible people and I learned so much and was really able to appreciate the history of that region in a way that I hadn’t been exposed to before.” Her overall experience onset of “Messiah,” goes beyond putting on a good performance. Herself and the rest of the team aimed to make a difference in the way people see others and themselves, opening us up to a hopeful future.

Michelle Monaghan is a truth-seeker both on the show and in her day to day life. Her different experiences allow her to grow as a person every day and inspire those around her to do the same. Having wrapped up with “Messiah,” you can expect to see her on the big screen in a movie called “The Craft,” which is a remake of the 90s film. Director, Zoe Lister-Jones “re-imagined it and wrote a script that is so incredibly timely and smart,” inspired by the recent women’s movement. Monaghan will also be starring in a family drama with Sam Claflin and Casey Affleck. Her performance in “Messiah,” was truly eye-opneing and as her talent continues to grow, we can’t wait to see what she has planned next! 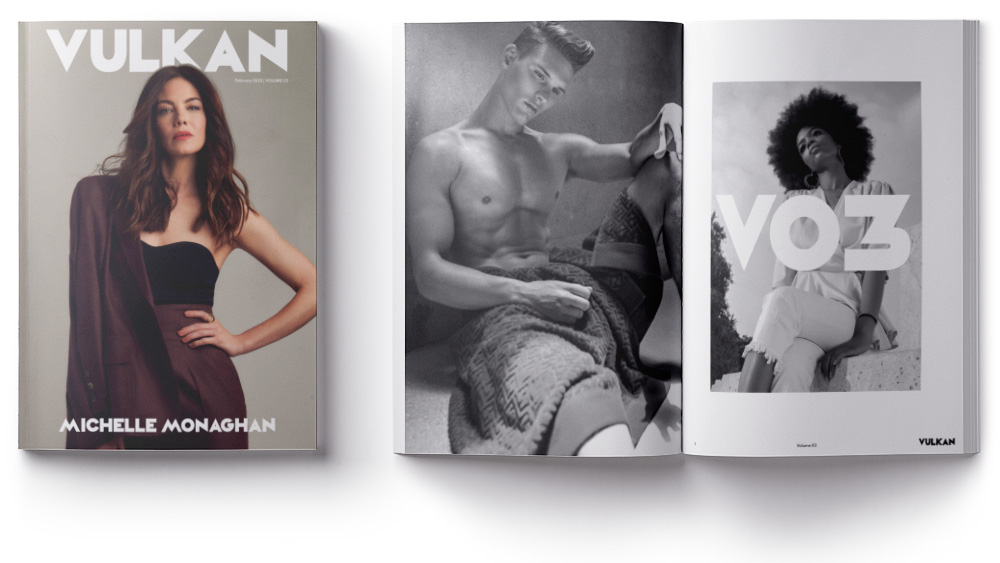