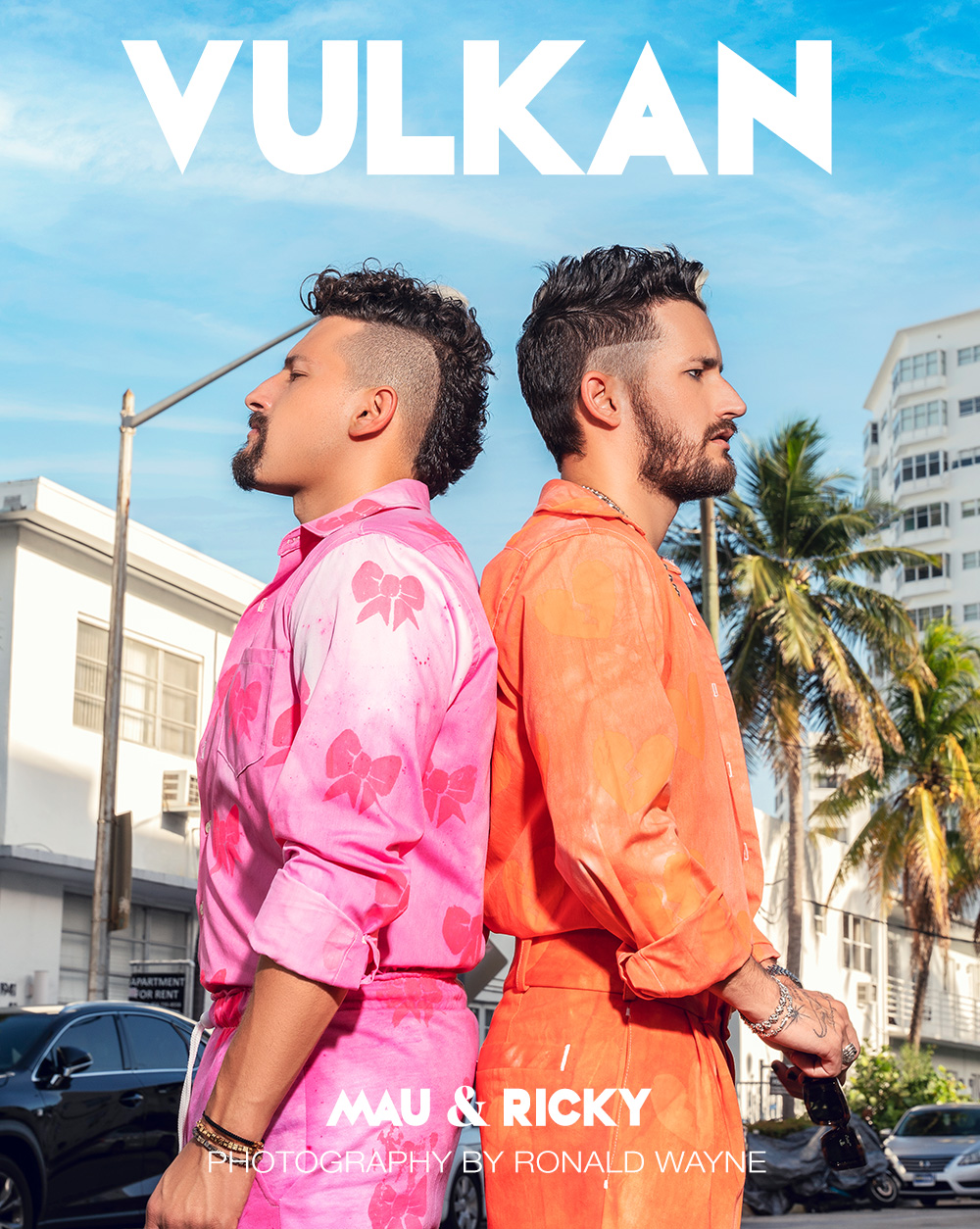 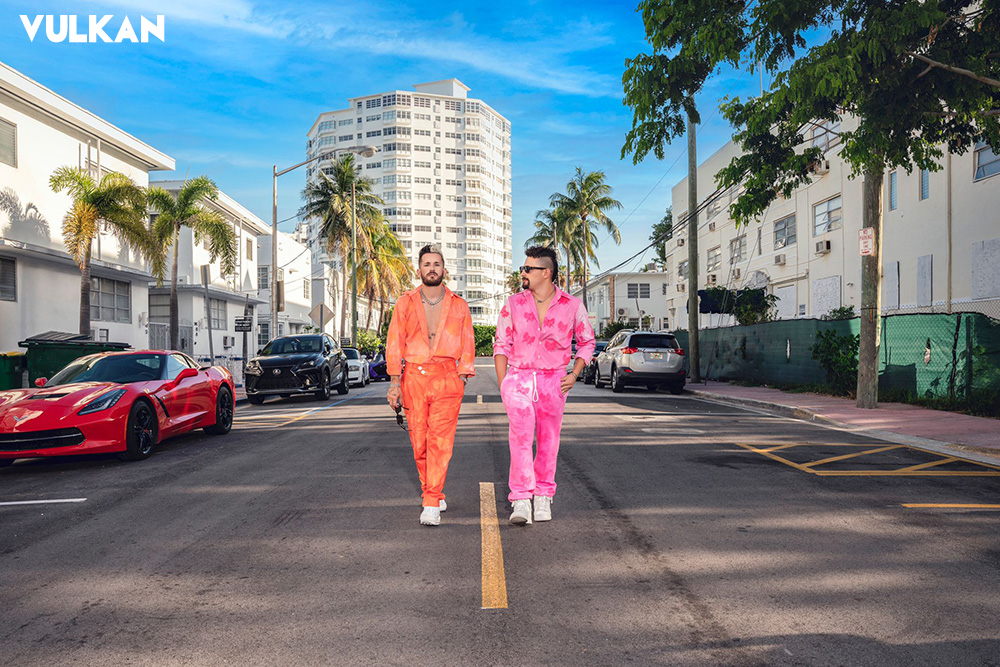 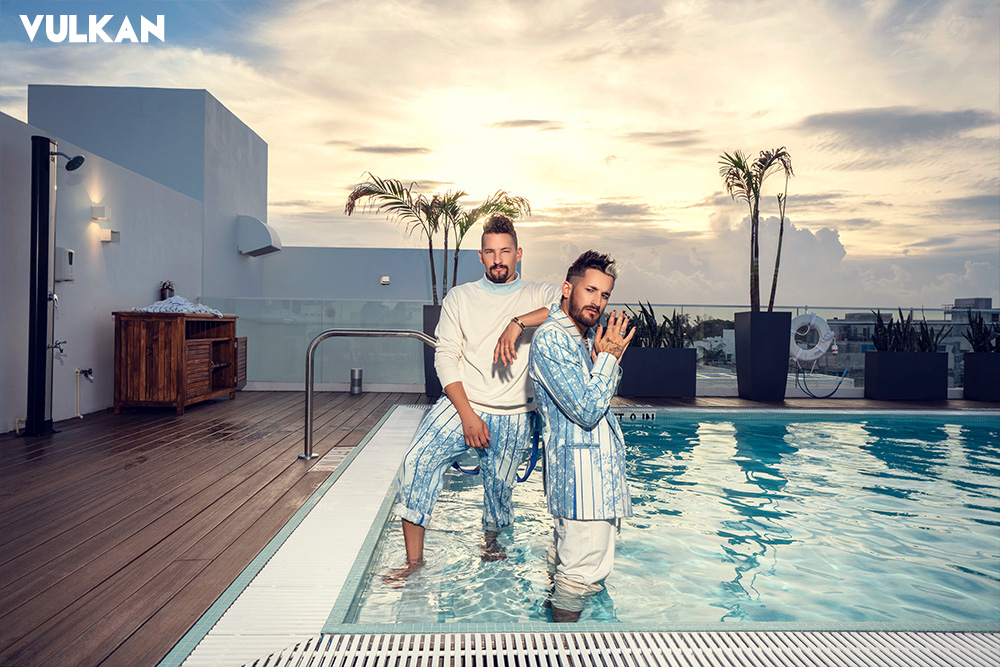 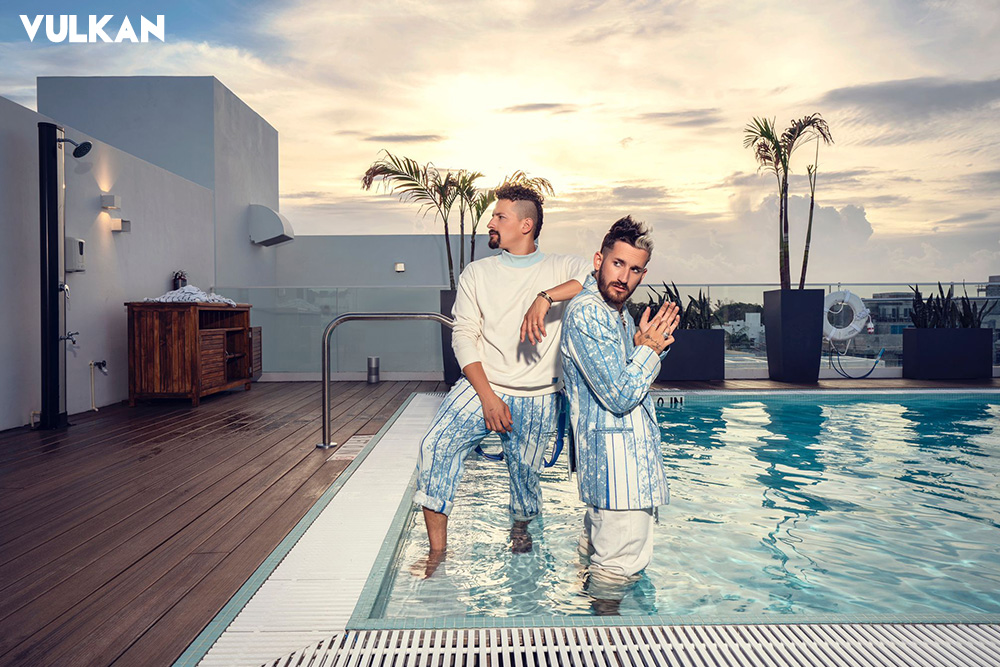 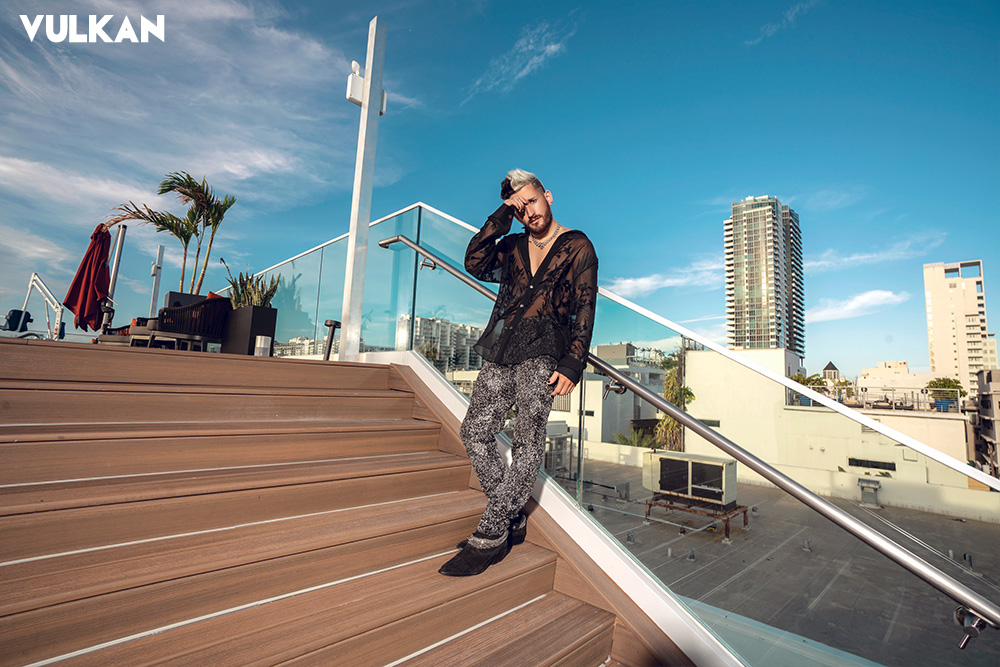 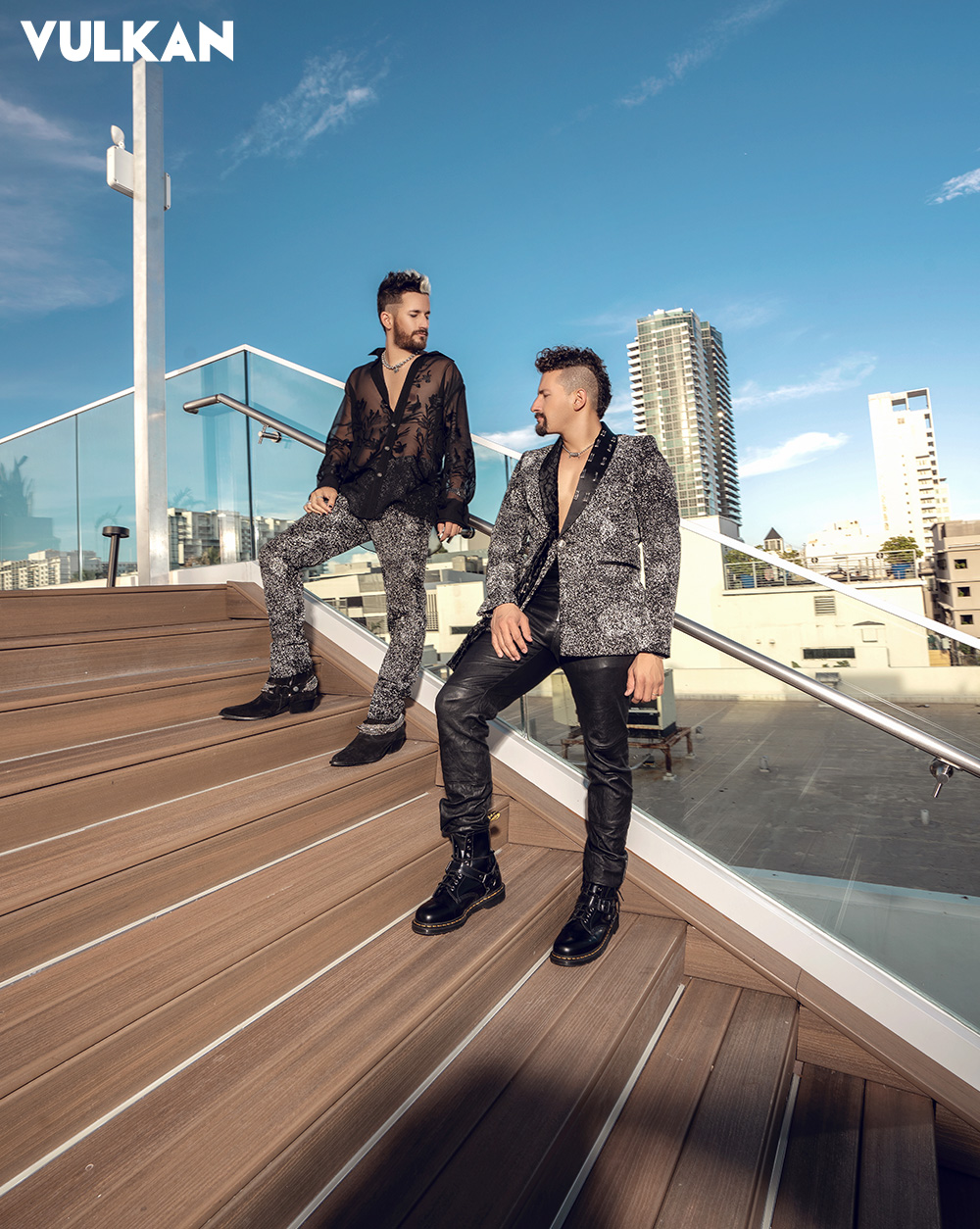 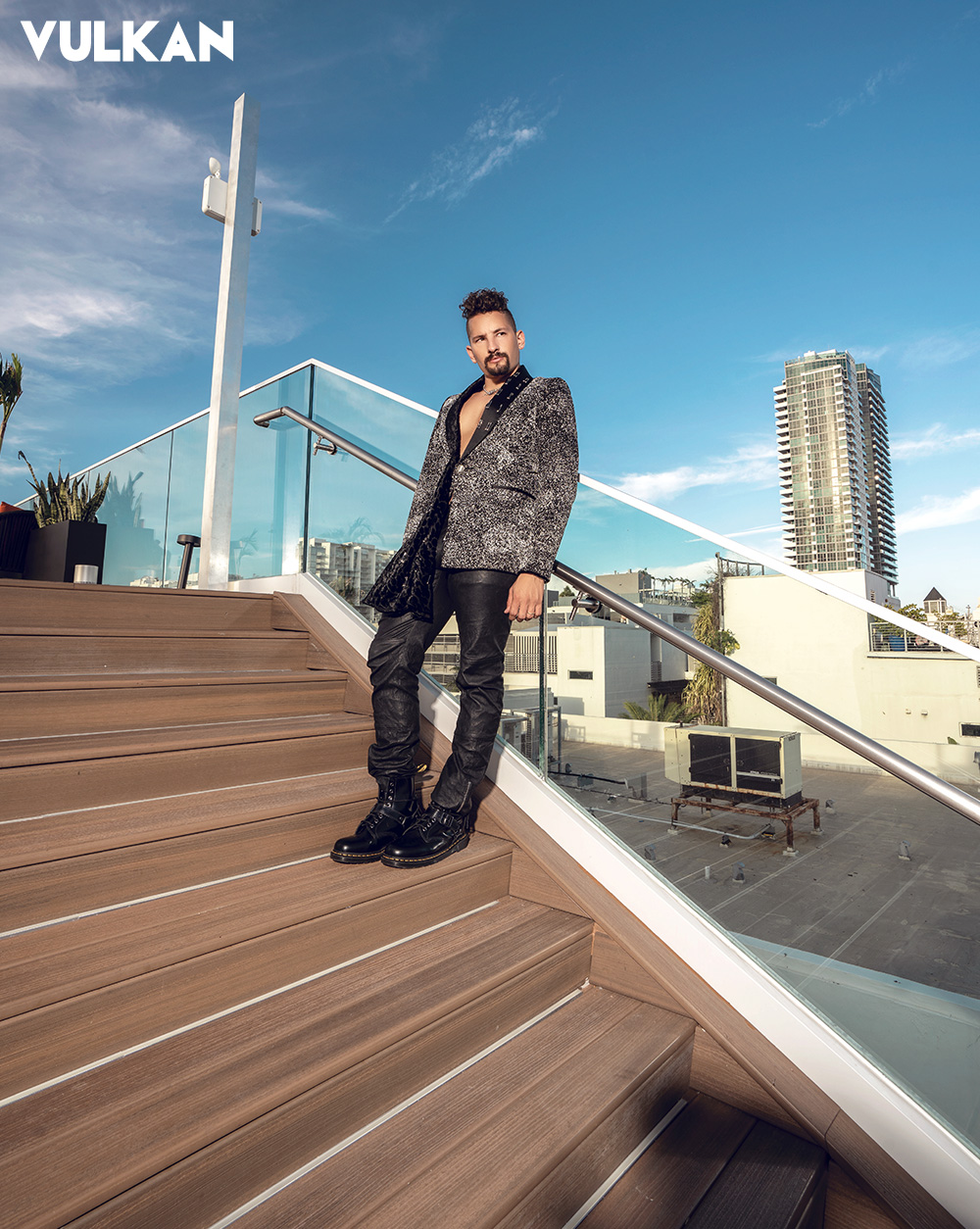 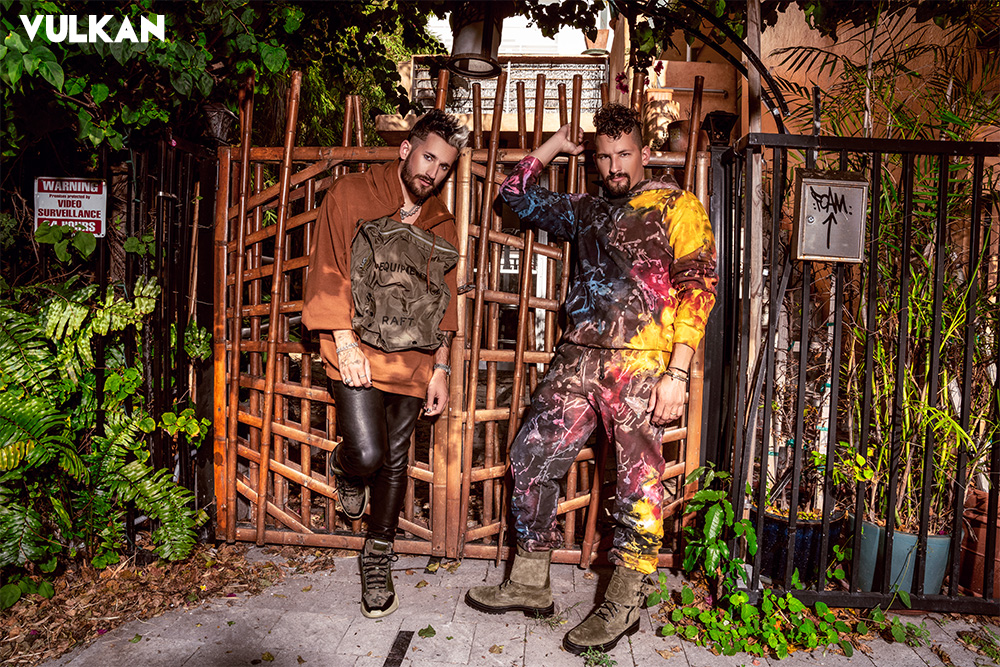 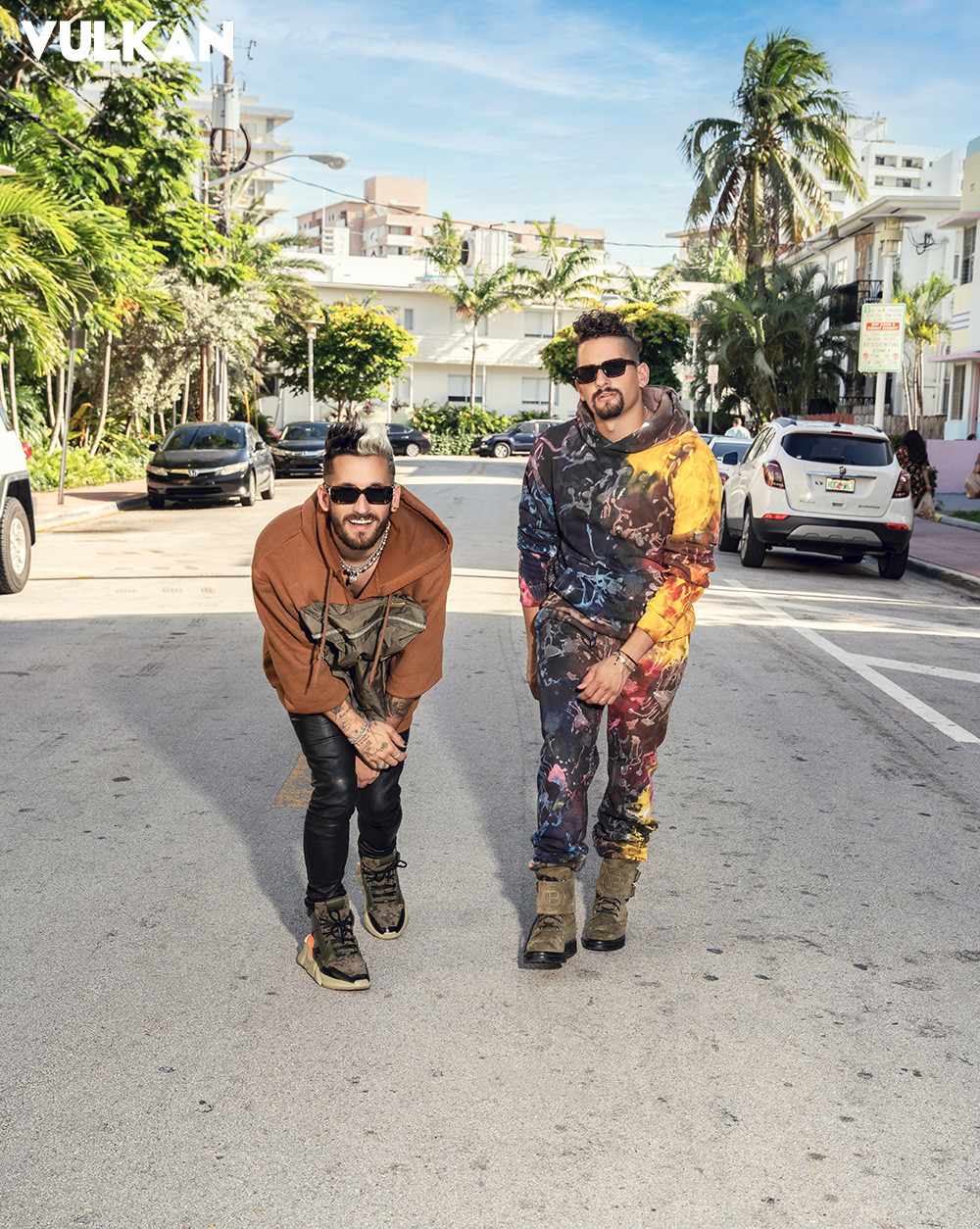 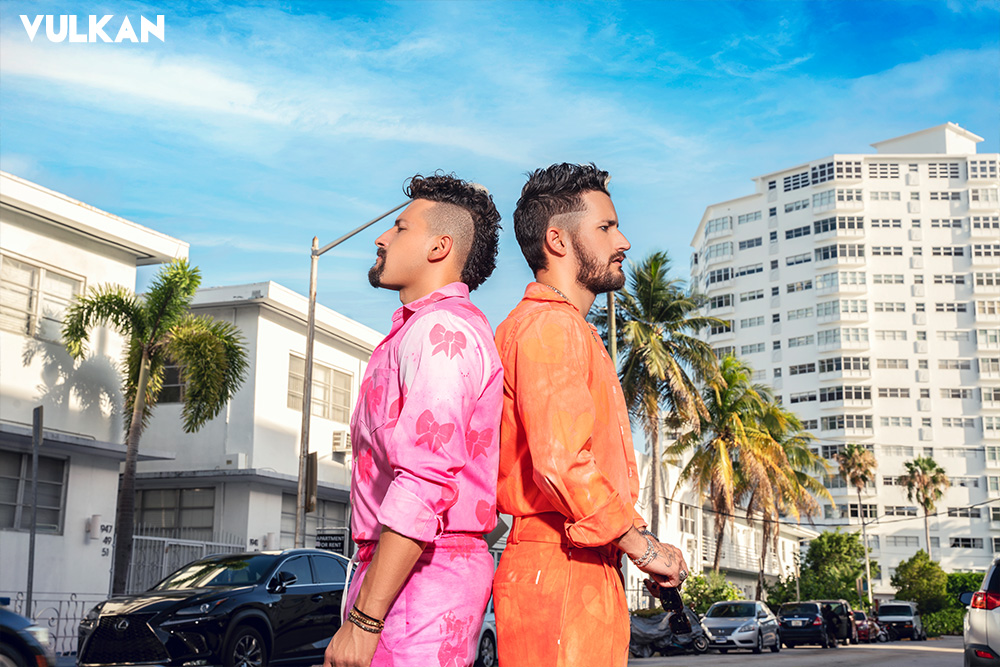 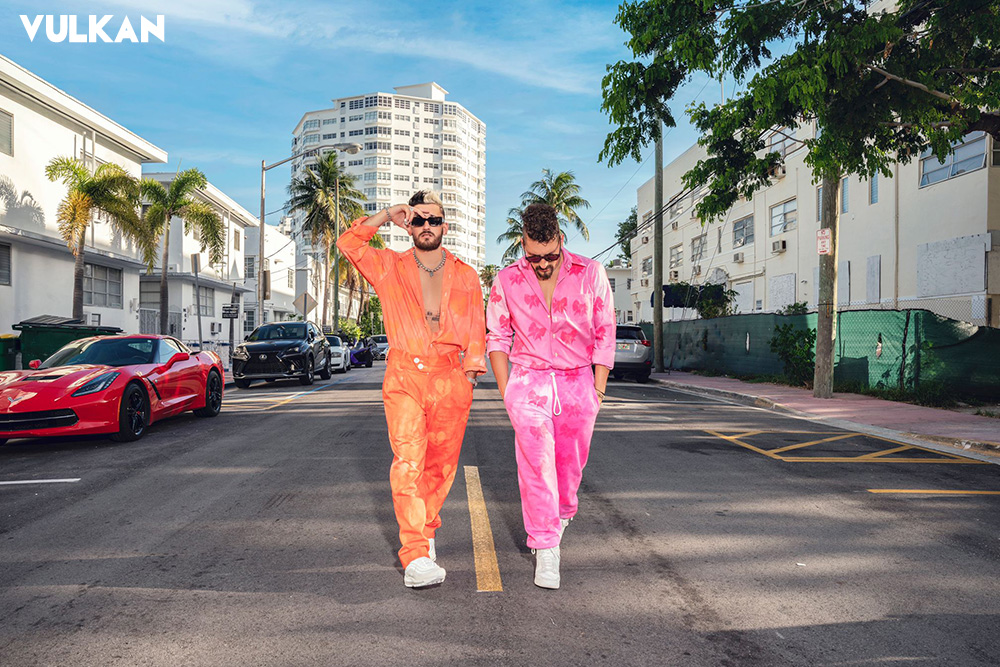 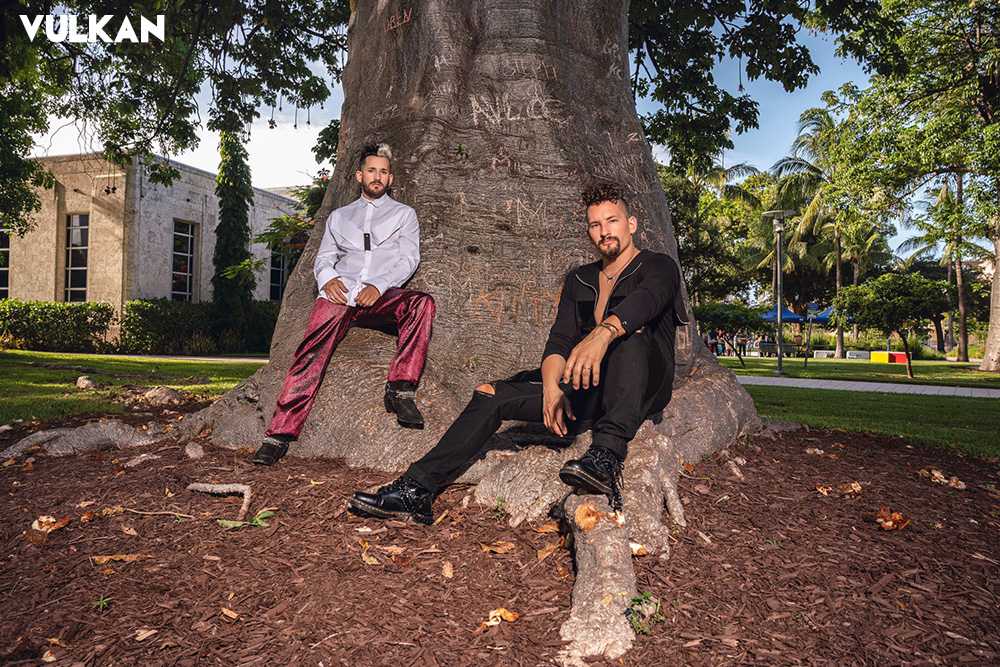 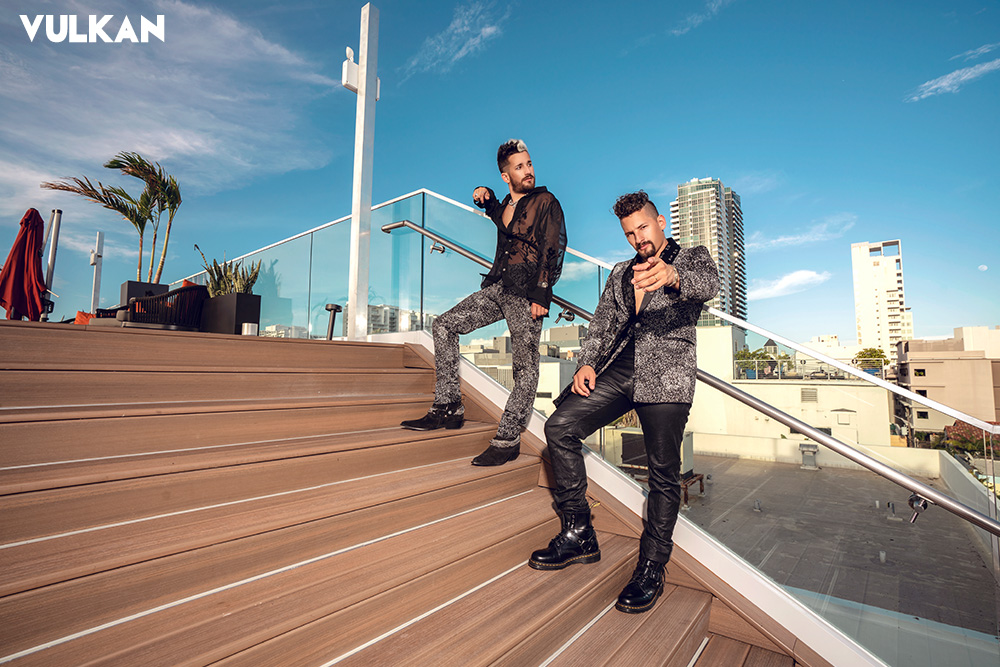 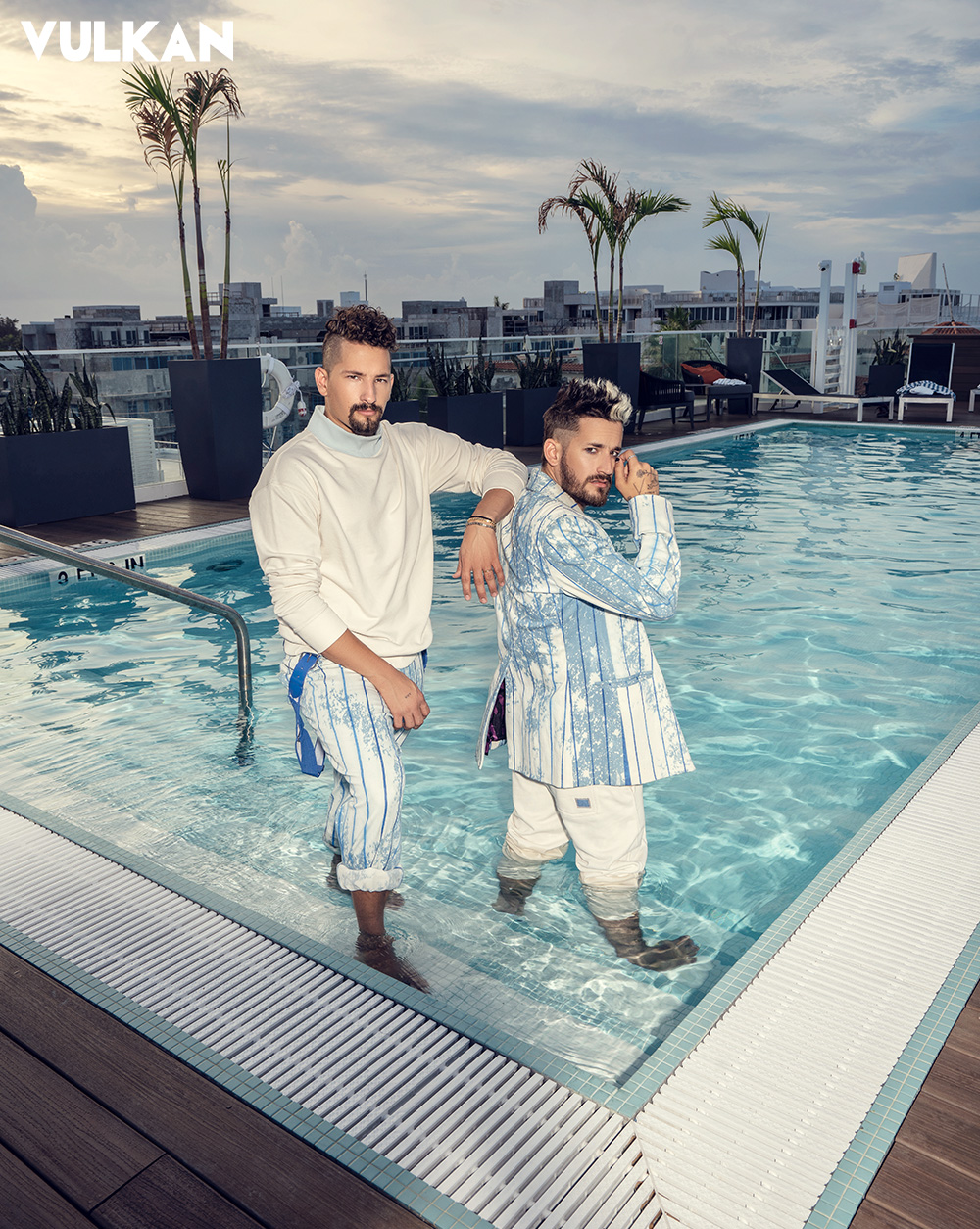 Creativity has no fixed time nor place, especially for Venezualan’s brother duo Mau y Ricky. Fresh off the plane in Argentina, the pair had a relaxing day planned with their significant others away from the world of music. However, the music had a different plan. While unloading their bags, Ricky grabbed his guitar and couldn’t help but to play a melody. Thus, the hope “to watch movies and take the day off”  turned into “writing a song for three hours… with a very special idea,” they said, smiling.

The organicness of Mau and Ricky’s abilities comes to no surprise. Born in a household filled with music and parents who “motivated imagination and the creativity that comes with it,” the seed for stardom was planted. But, of course, the path to success is nothing without hard work. Although at such a young age, they “didn’t realize all that came with the job,” but they knew it was “them versus the world.”

Working day in and day out with a family member is no easy task, but Mau and Ricky wouldn’t trade it for the world. Over their twenty-eight years of brotherhood, they realized “how beautiful and fortunate” they were to go through this journey together as brothers. There was never a lack of frustrating moments over the thirteen years that it took before their first song connected with people. But, unlike many artists riding alone on the rollercoaster that is the music industry, they had each other for support. Being able “ to cry together and hold each other in the frustrating times is something special.”

Mau and Ricky spent most of the time growing up in Miami while “listening to Eminem, Blink-182, Yellowcard, Green Day, and Nelly,” just to name a few. But, they didn’t realize the influence the city would have on their music. Without a doubt, the melting pot of American and Latin culture is Miami. “For a very long time we thought that is what we listen to for pleasure and when we actually work this is what we do [Latin music],” not until recently has the duet “seen more than ever the influence that the city’s culture has had in the music,” they explained. Miami’s crucible pushed the artists to be “more open to incorporating different sounds into the Latin music” they make. With reggaeton starting to make its way into the broader English-speaking markets over the last few years, Mau and Ricky have felt “it’s been great and much more seamless.” Although they first noticed the transition when their hit song ‘Desconocidos’ charted in the top fifty of the United States, “the fact that it was charting for us in the states was really weird… it made us realize that language isn’t a barrier anymore.” No longer did the duo “have to do ‘Spanglish’ for the song to do well.”

The numbers don’t lie either. Amassing nearly twenty-two million views on Youtube in two months, their newest single, ‘3 de La Mañana’ featuring their friends Sebastián Yatra and Mora, solidifies their worldwide popularity. “We had been looking for a song to collaborate again with our friend Sebastián. We have a beautiful relationship with him.” However, trying to find the right track to collaborate on took some time. Having patience is one of the hardest things a creative mind can do, but for Mau and Ricky, it was a lesson that came over time. Looking back, “we have been so impatient for so long, we eventually learned how to be patient through our impatientness.” This song proved to be another test of that. After looking for some time for the right song, “one day we were working with a few Colombian writers and friends, and they played us this idea they had,” instantly the brothers knew this would be perfect for Sebastián to feature on. Following the completion of their part of the record, they sent it off to Sebastián. “Within a matter of two days, he recorded it and got it back to us.” The song was near completion, but “it still needed an urban flavor to it.” “We thought of Mora, and within an hour and a half of sending it to him, he sent it back.” The way this song fell into place so quickly, “this rarely happens,” they emphasized, “We really appreciate them for that.”

Throughout the worldwide pandemic, Mau and Ricky’s popularity has only grown. As the world opens up, “touring starting back up is a dream come true, and you don’t realize how much you love something till it’s gone.” As many of us have discovered new things about ourselves during this difficult time. Mau and Ricky are no different, “for the past year and a half or so that everything was stalled, we have realized that we are more live performers than anything else.”

Music has been a natural gateway for Mau and Ricky to explore other interests. Recently taking part as Judges on Argentina’s La Voz (The Voice), they have been able to help less experienced artists “by giving the different team members the tools they may need to tackle being an artist in the industry today.” By giving them these tools, “we hope to help make their dream a reality… their dream is just as important as ours.”

Not only have the brothers taken part in television, but they have also ventured into the world of fashion. In early 2020 Mau and Ricky dropped a merch collection in collaboration with Miami-based street-wear brand Friends + Family. “Just being able to collaborate with him has been amazing… collabing with him is inevitable.” The list goes on for brands they want to work with, “Mark Jacques Burton, for example, would be a dream come true to do something with him.”

Having already undoubtedly proven themselves, Mau and Ricky are modern renaissance men. But, with the surfaces barely being scratched, there is so much more to anticipate from these brothers. “Our next single is coming out in September with someone that is killing it. We just can’t wait for people to hear the song and see the video… this one feels special,” they exclaimed with excitement, love, and passion!