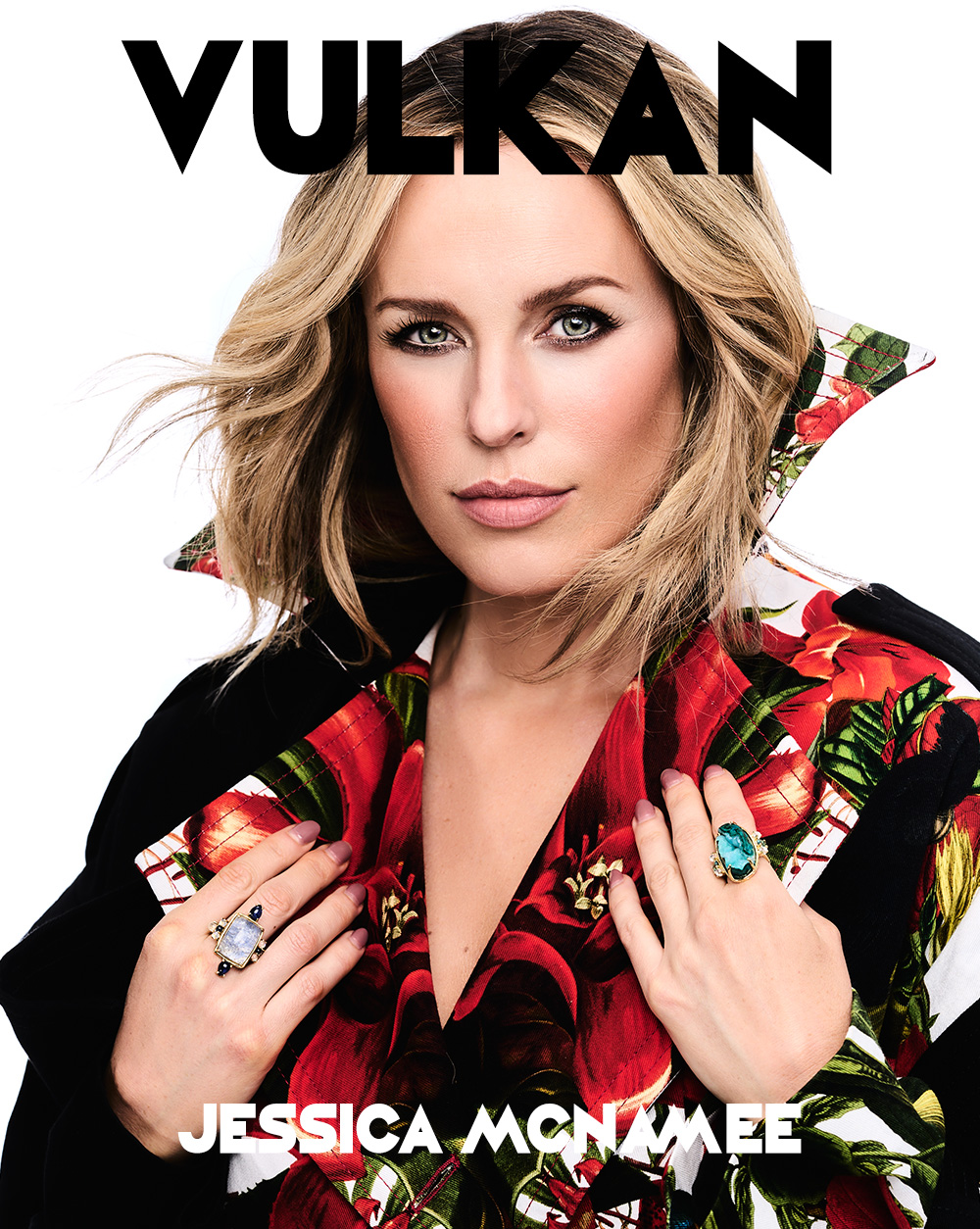 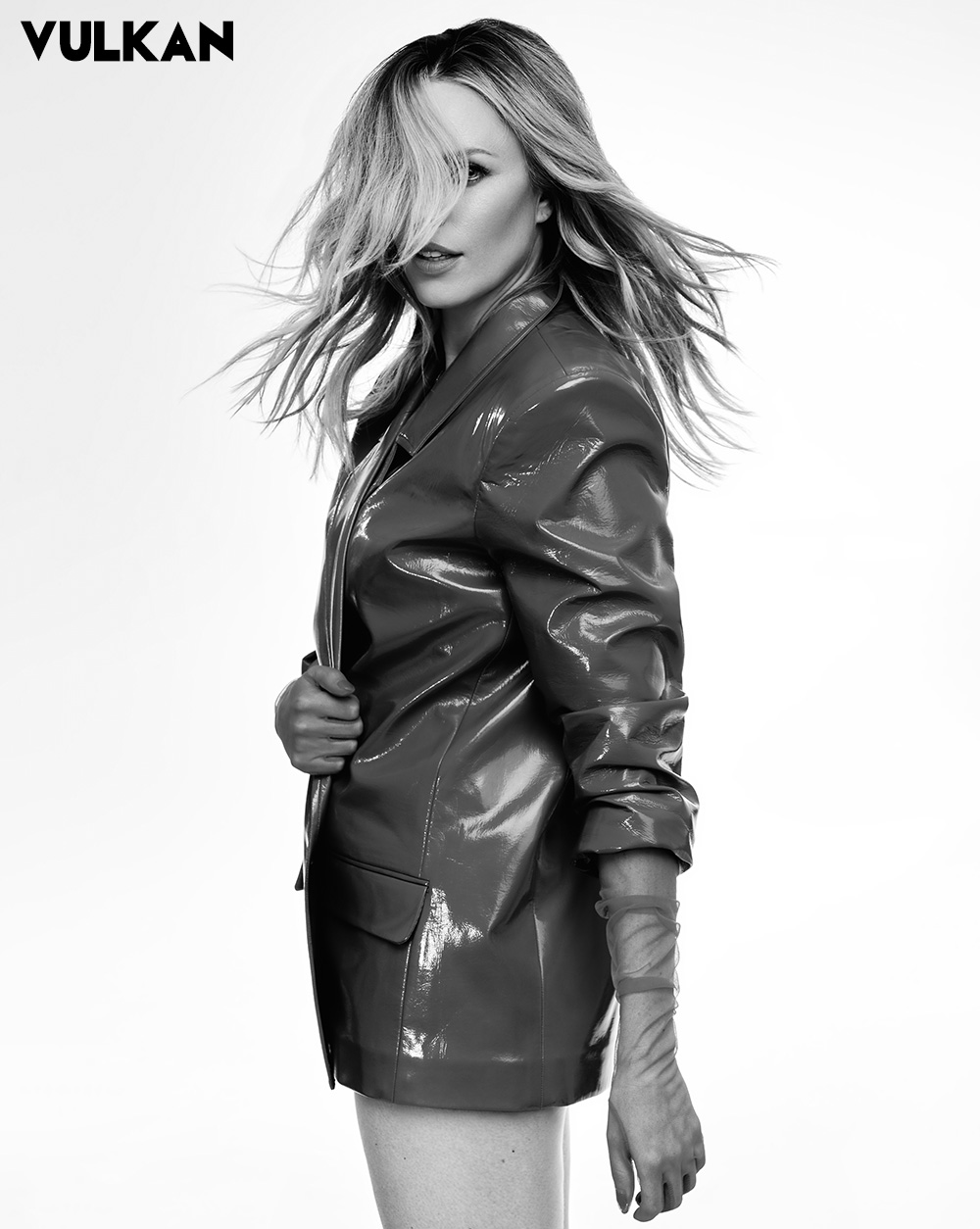 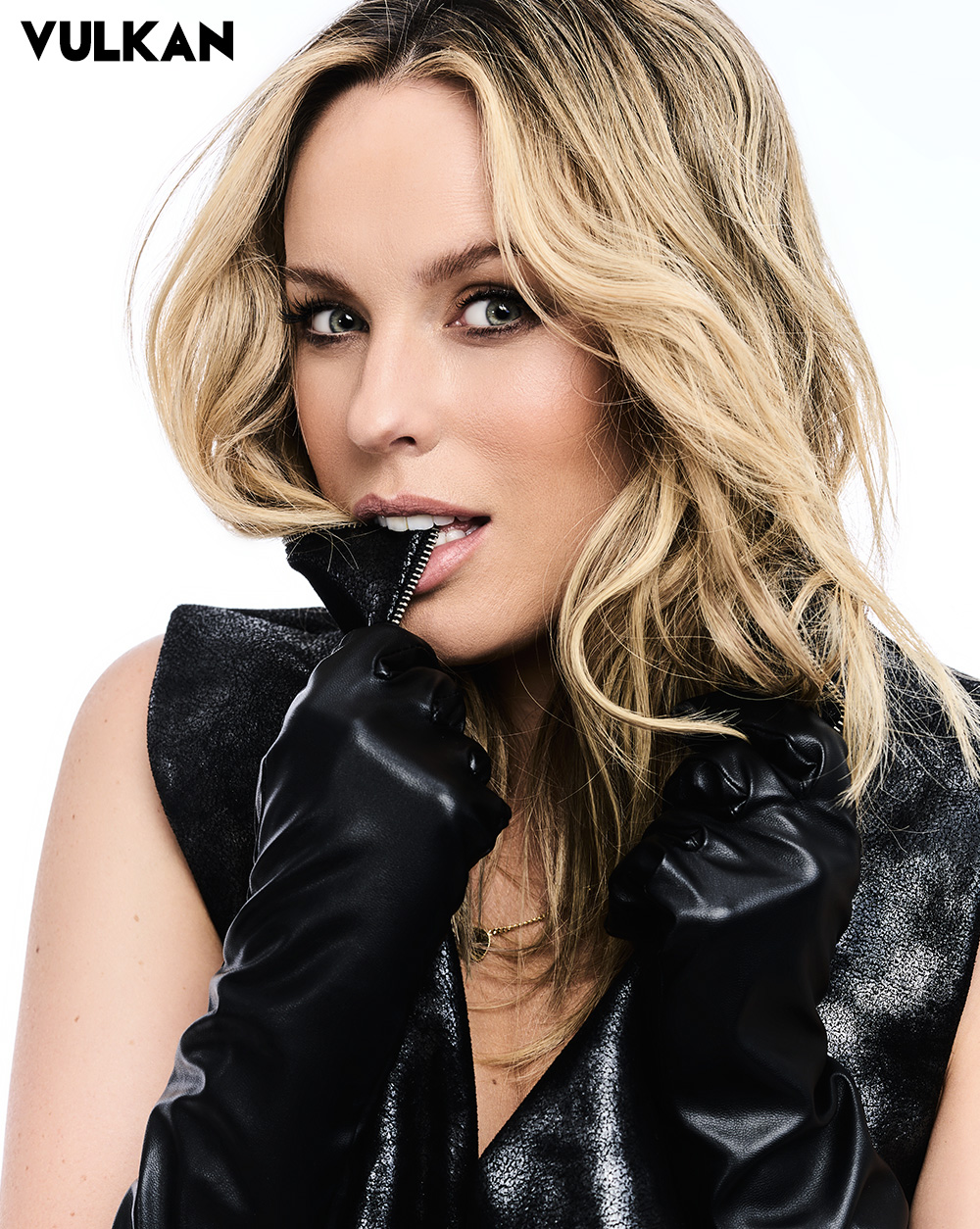 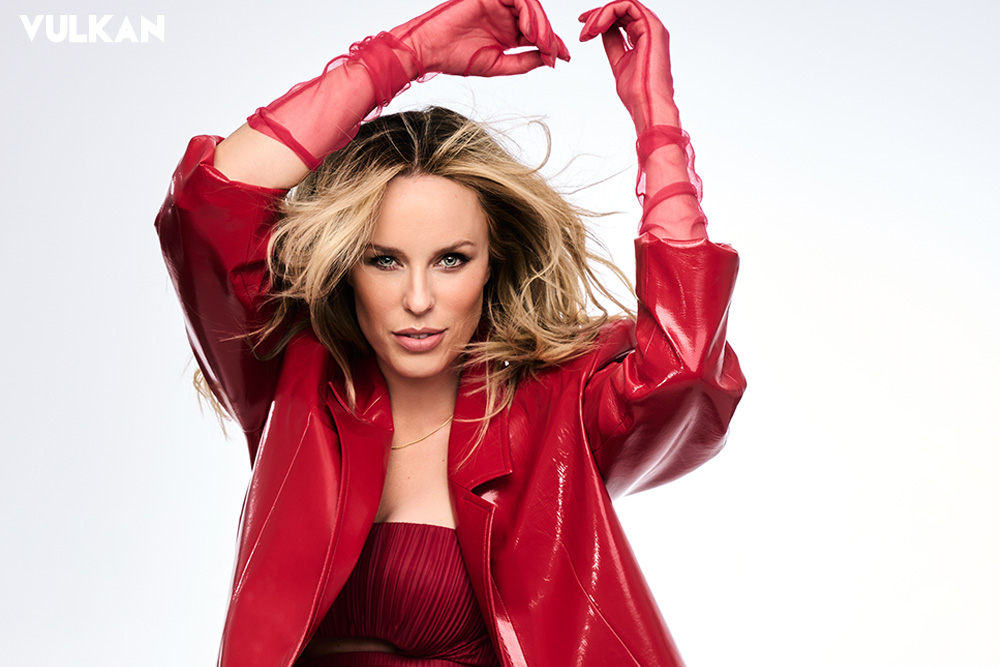 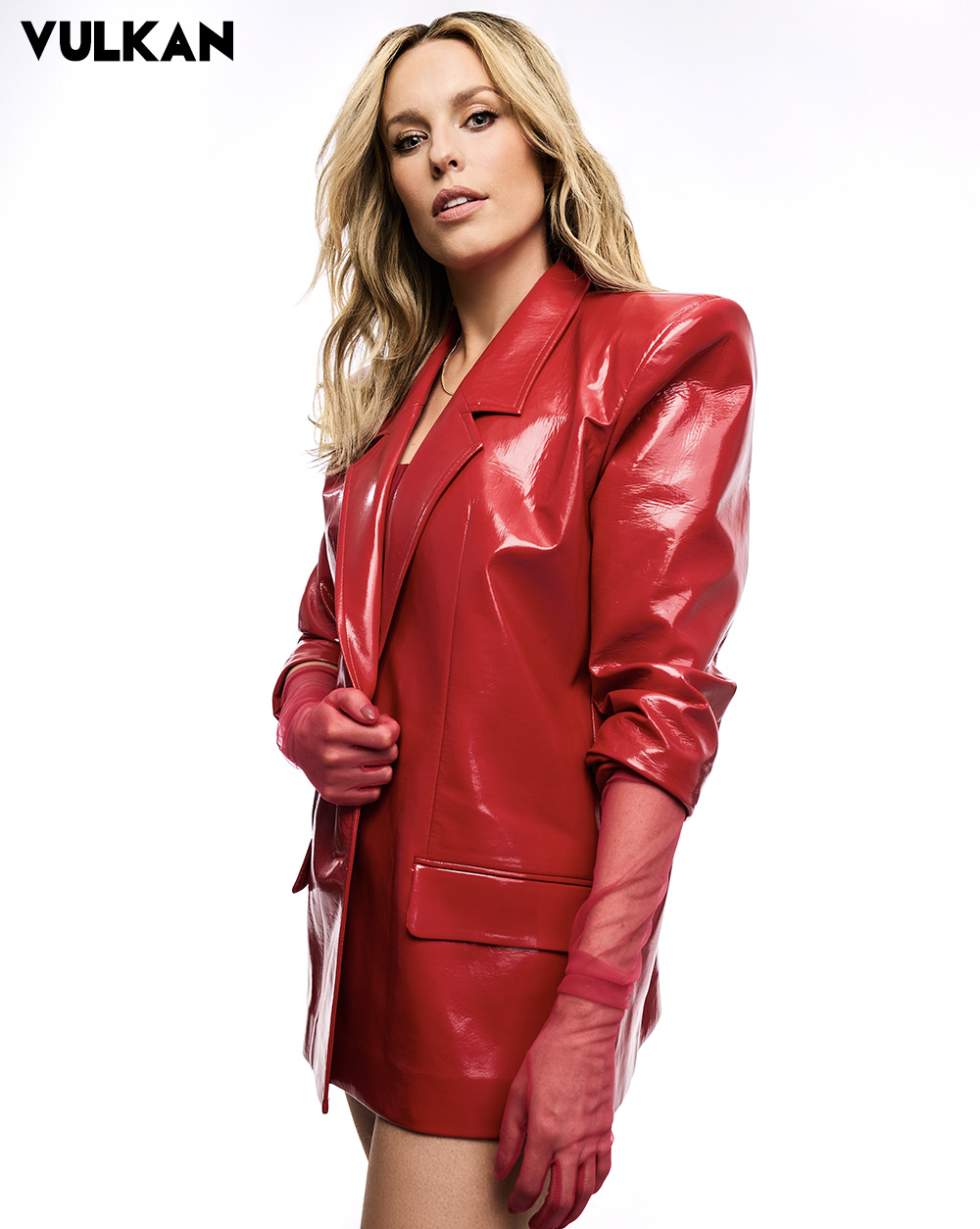 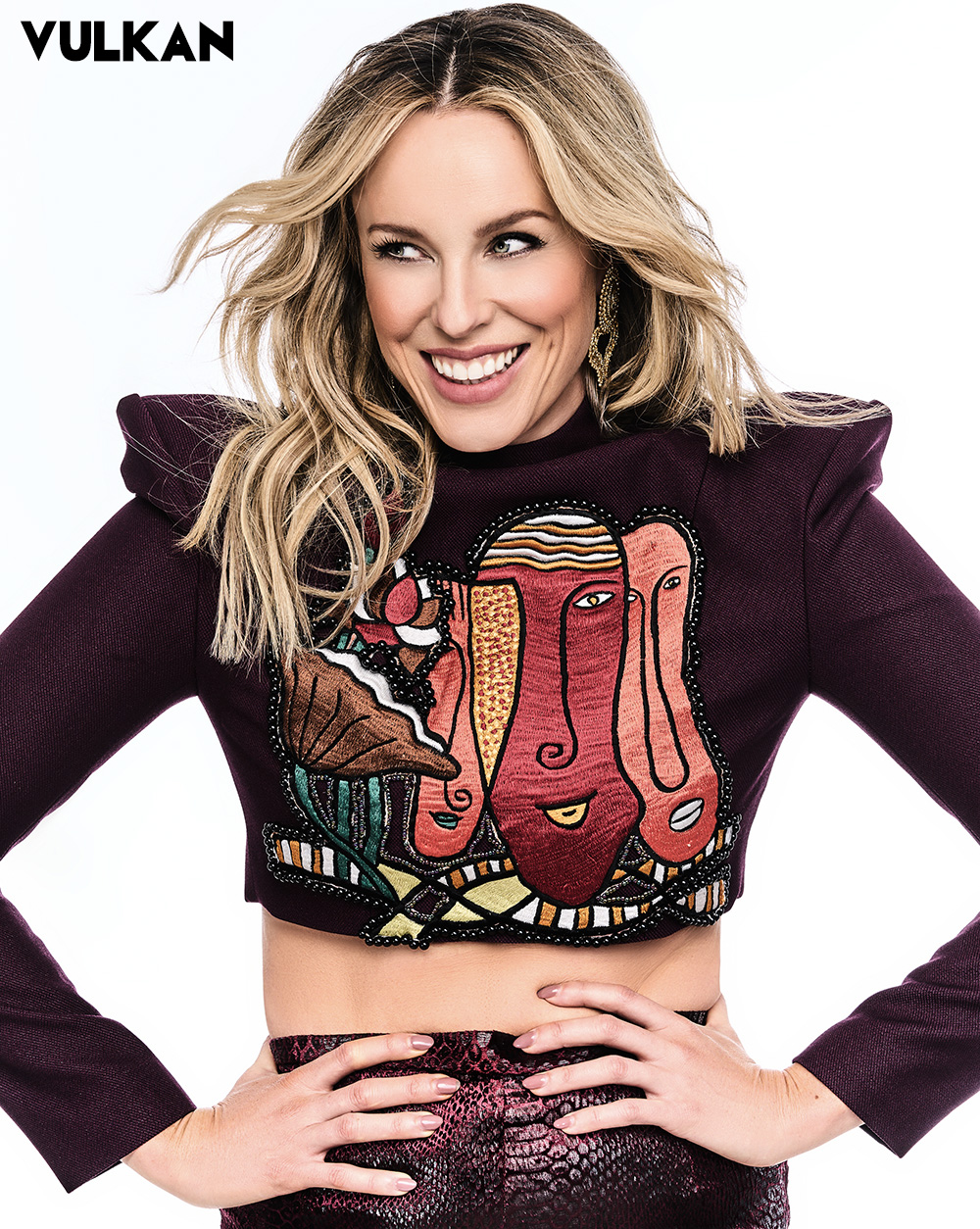 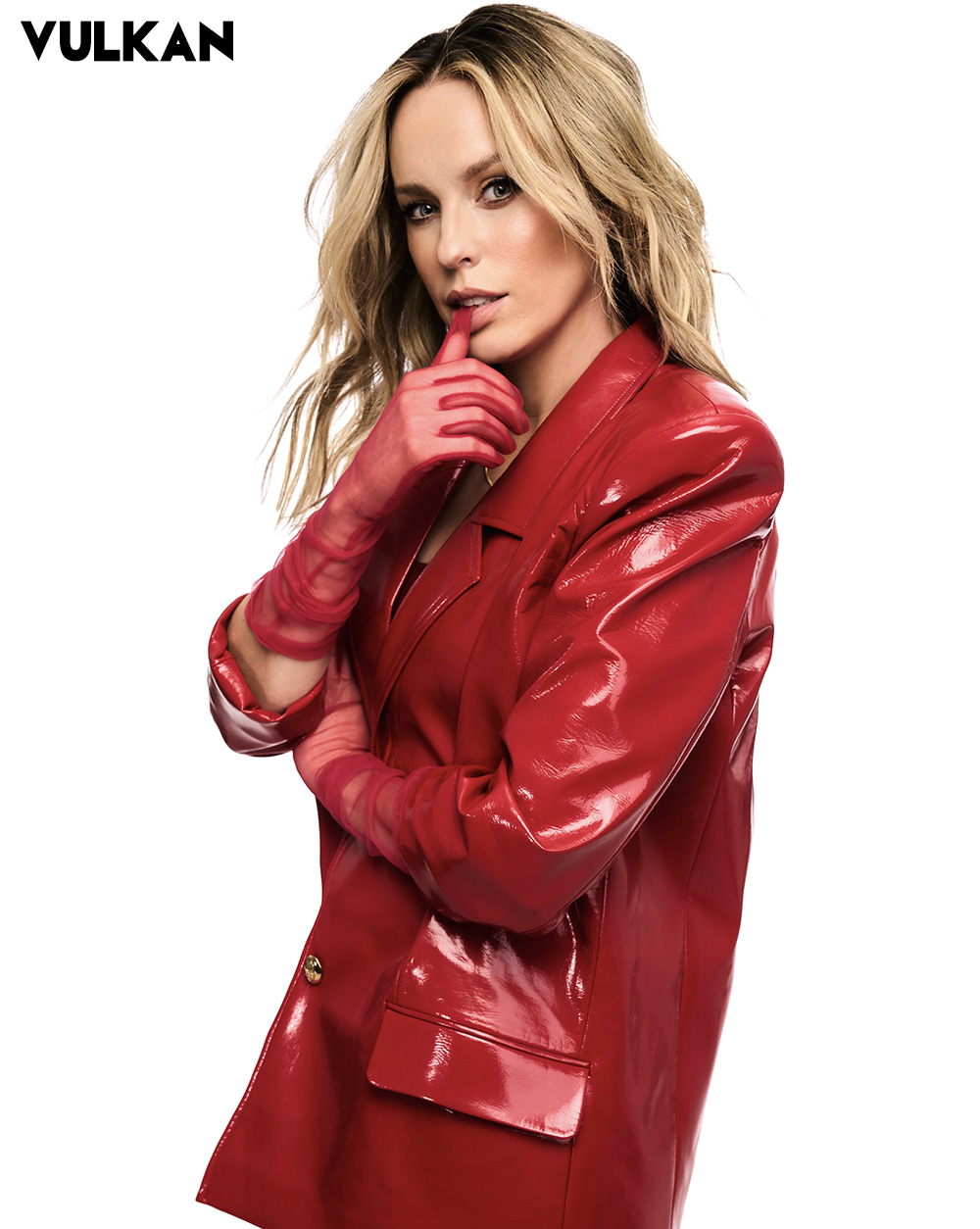 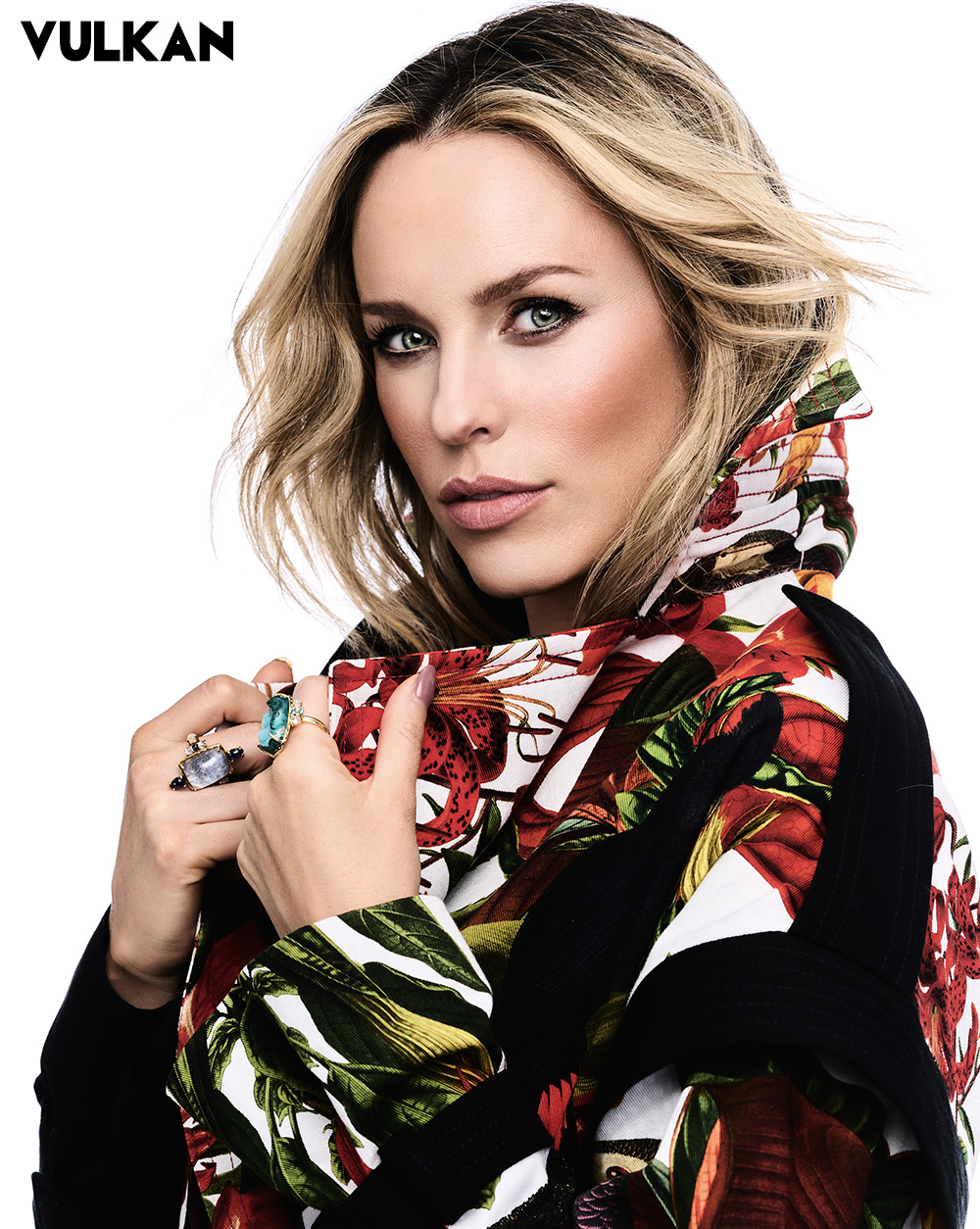 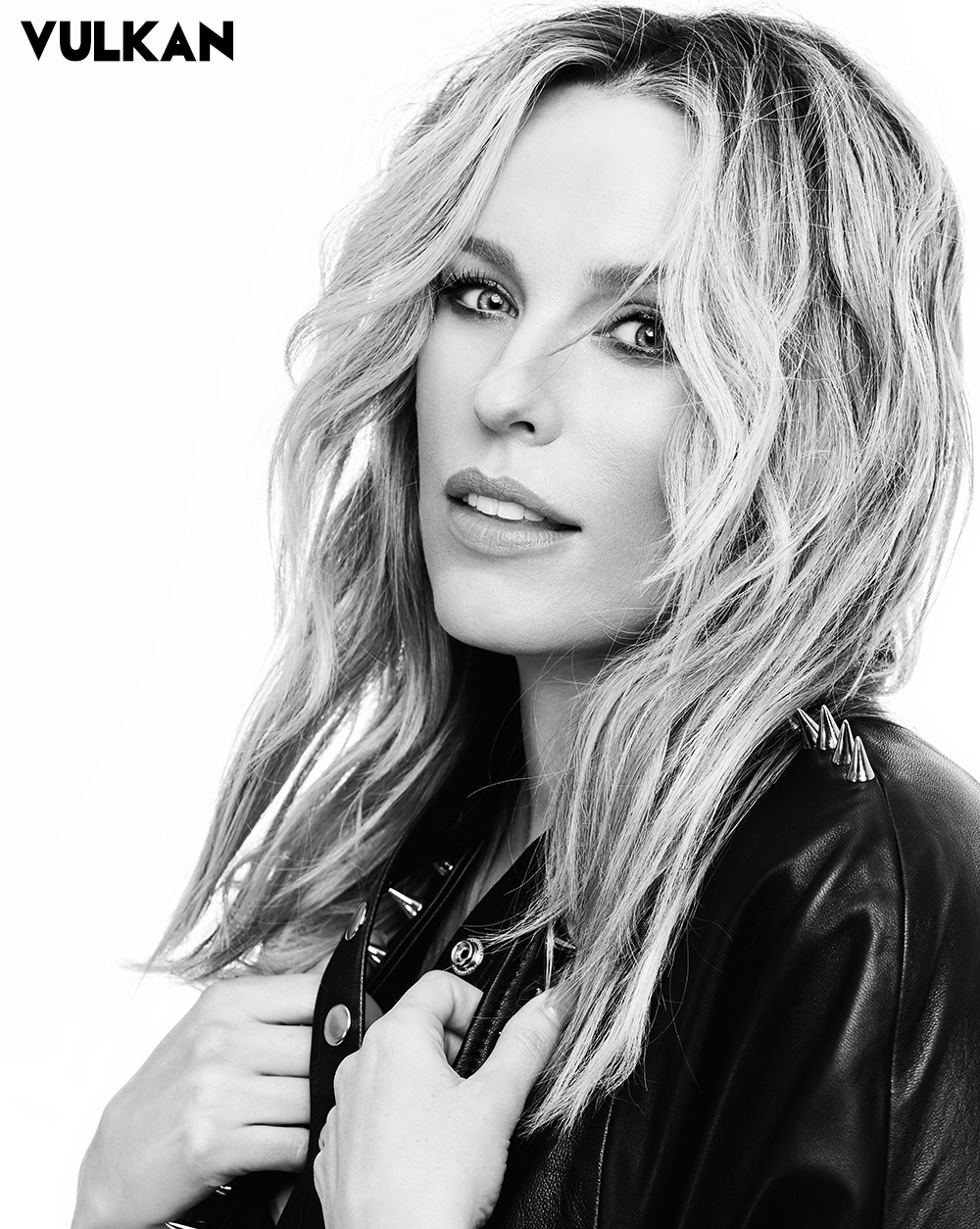 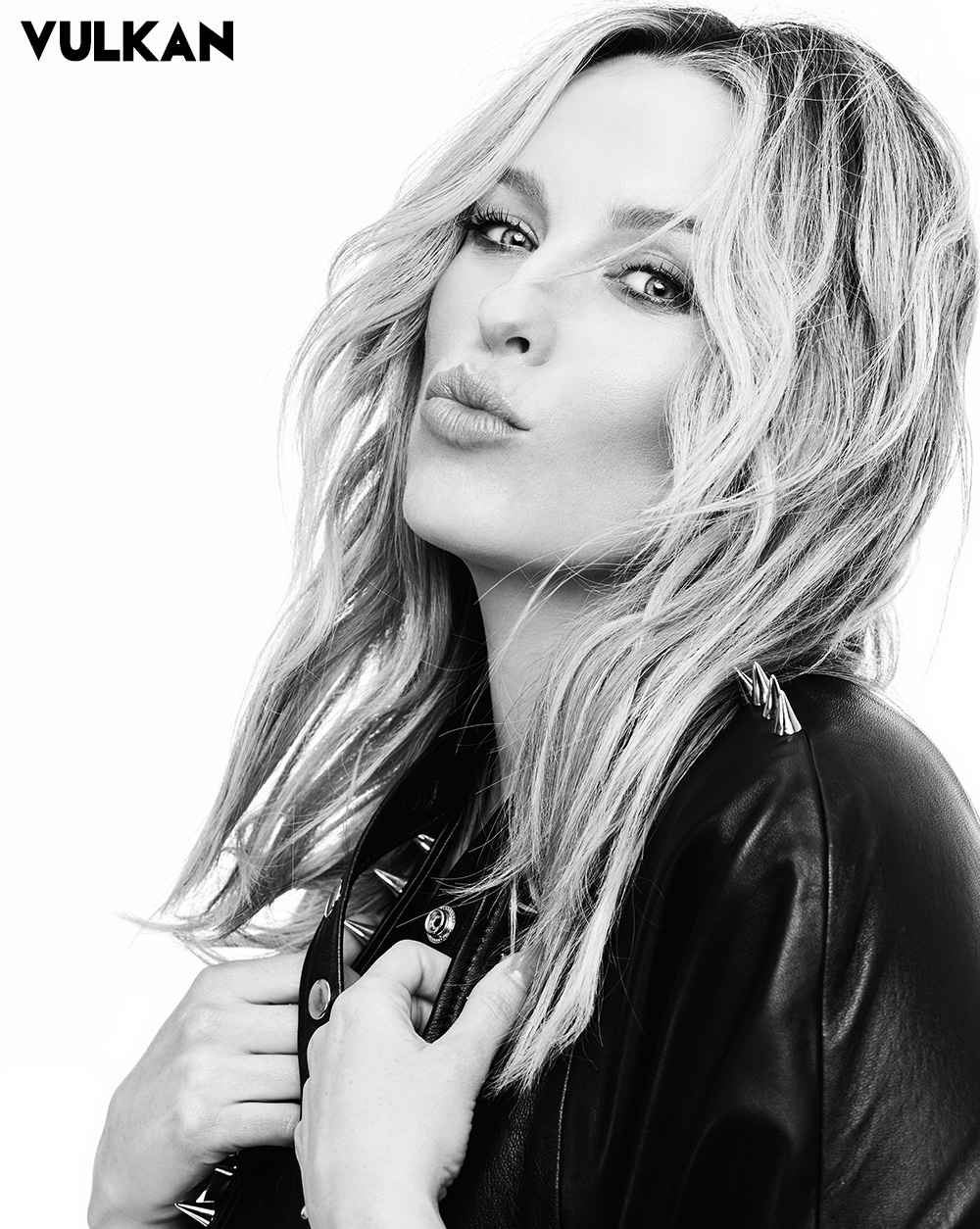 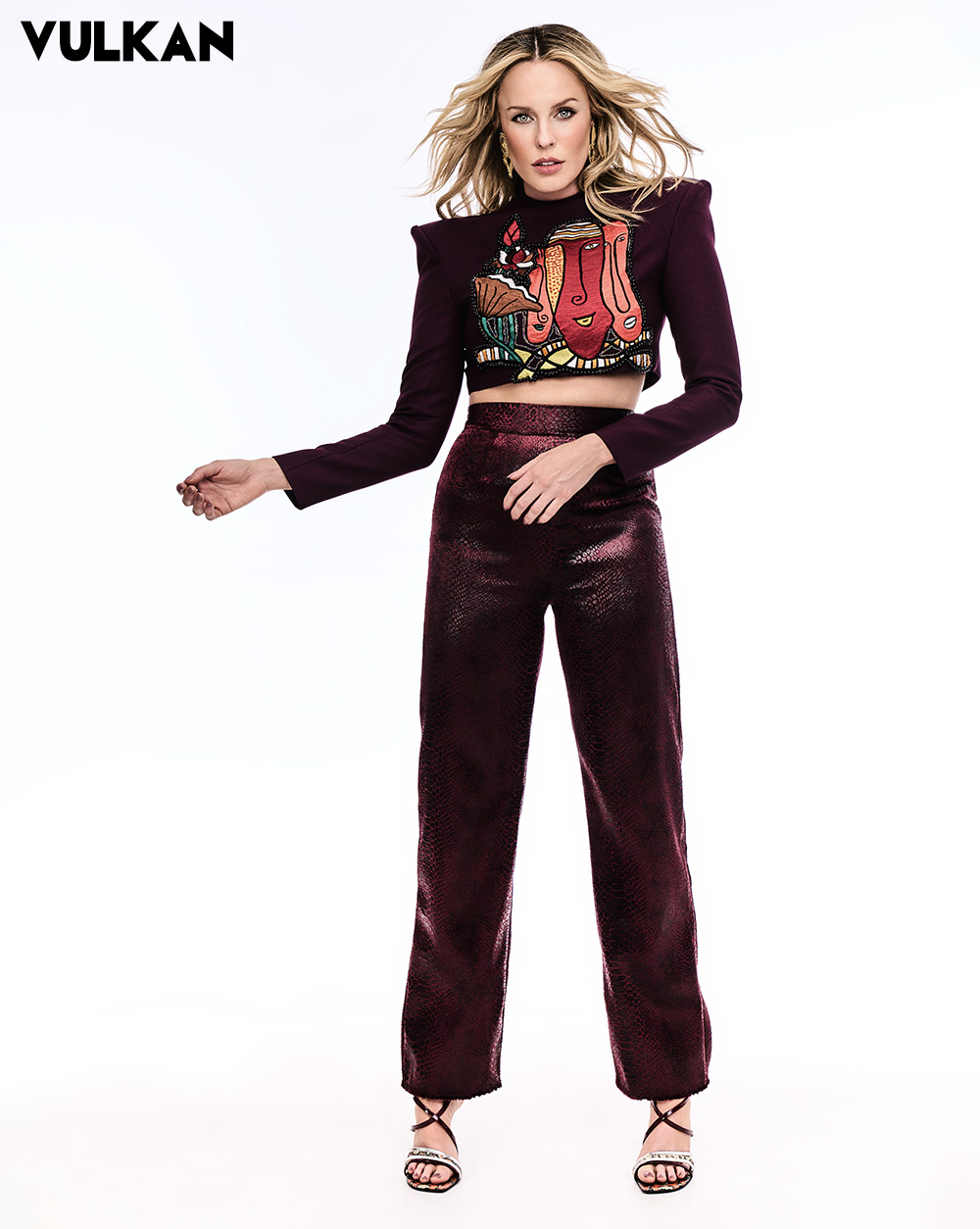 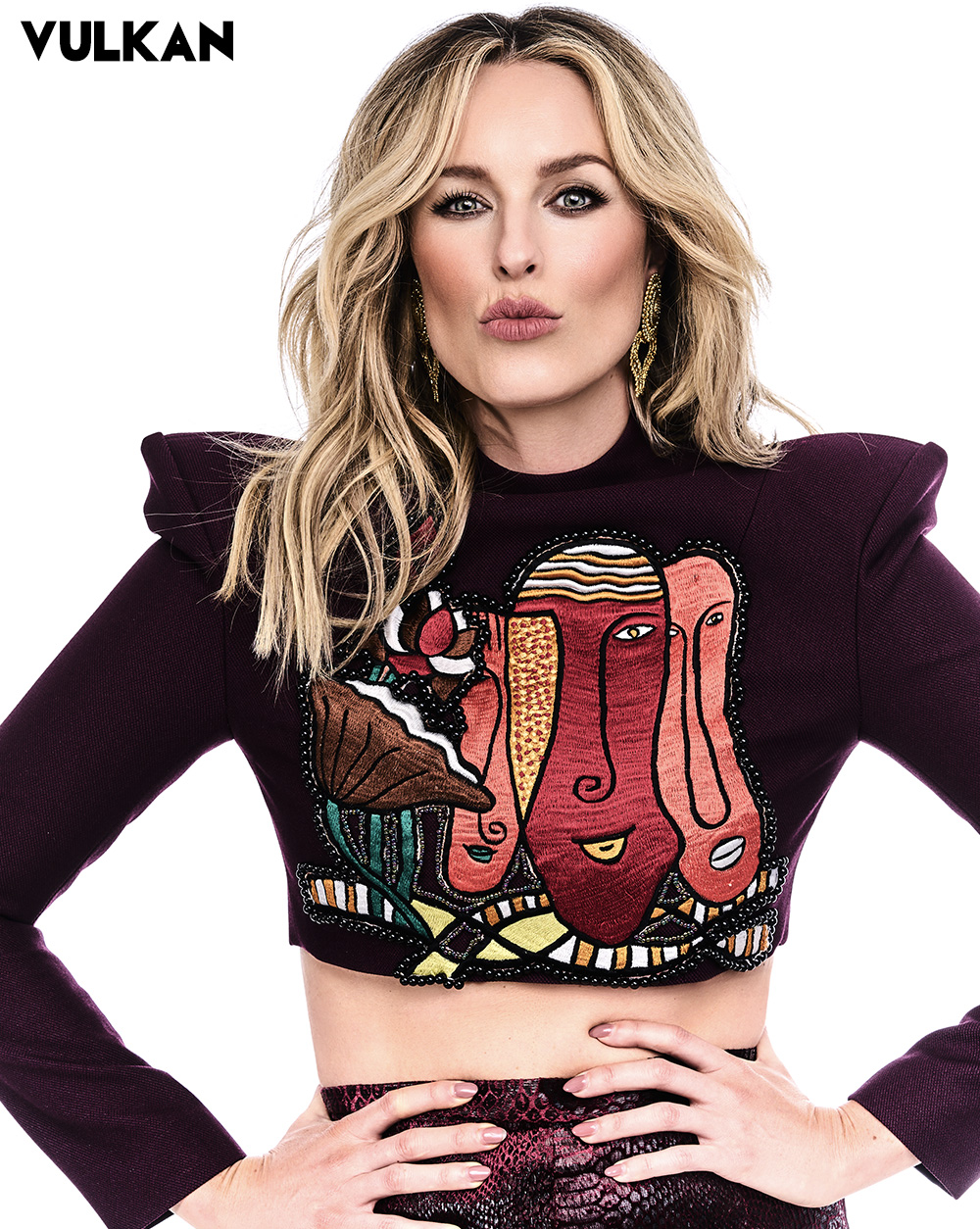 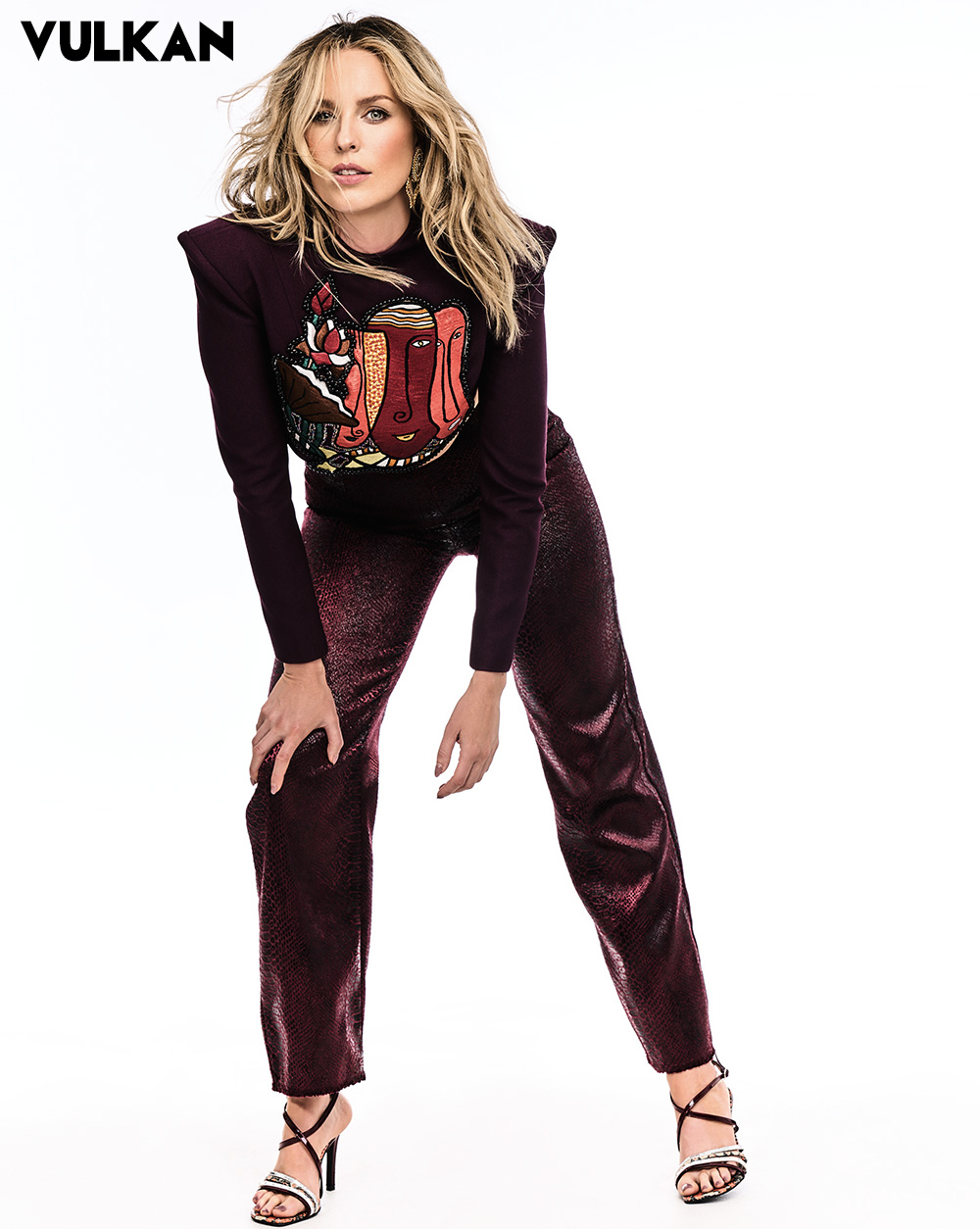 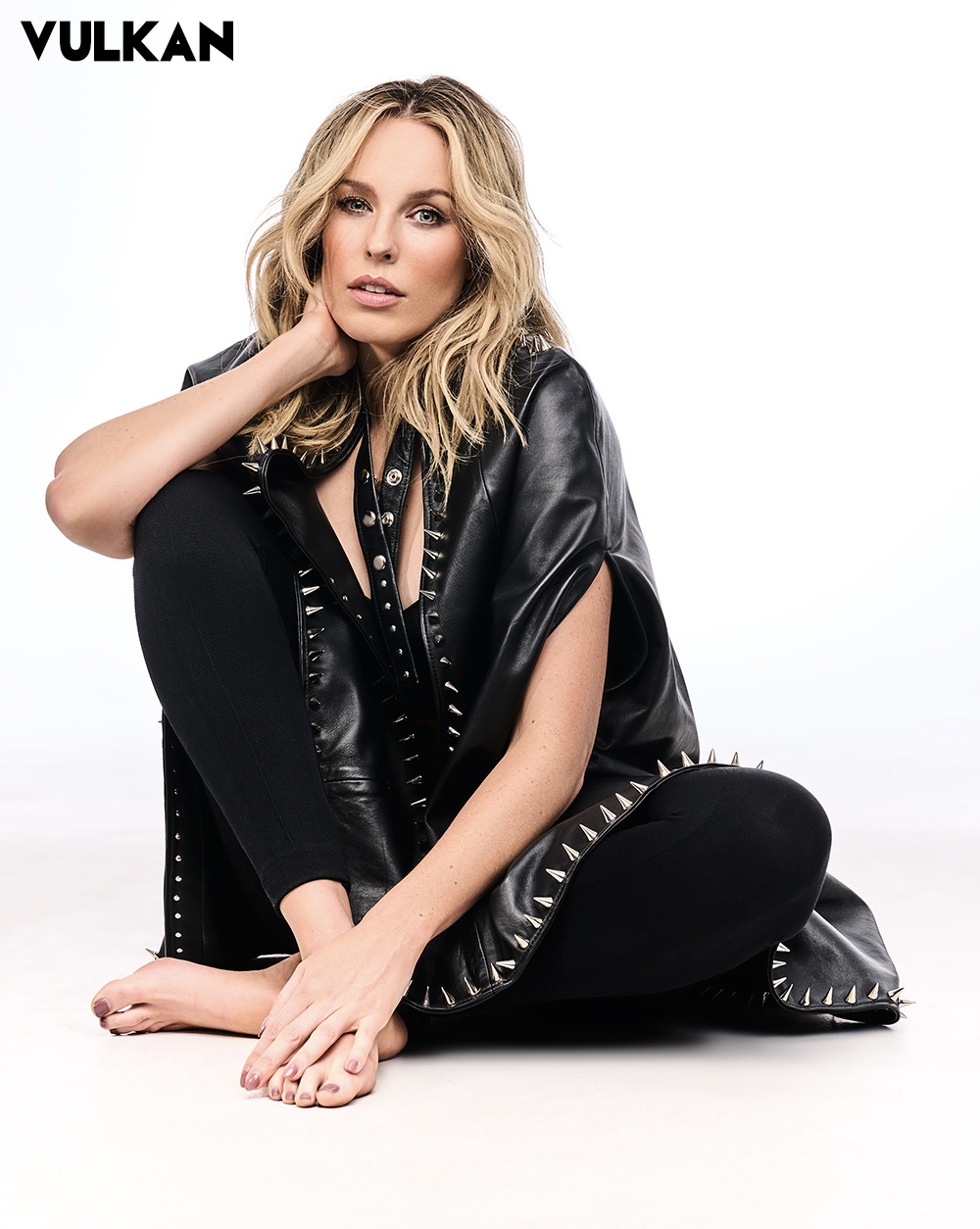 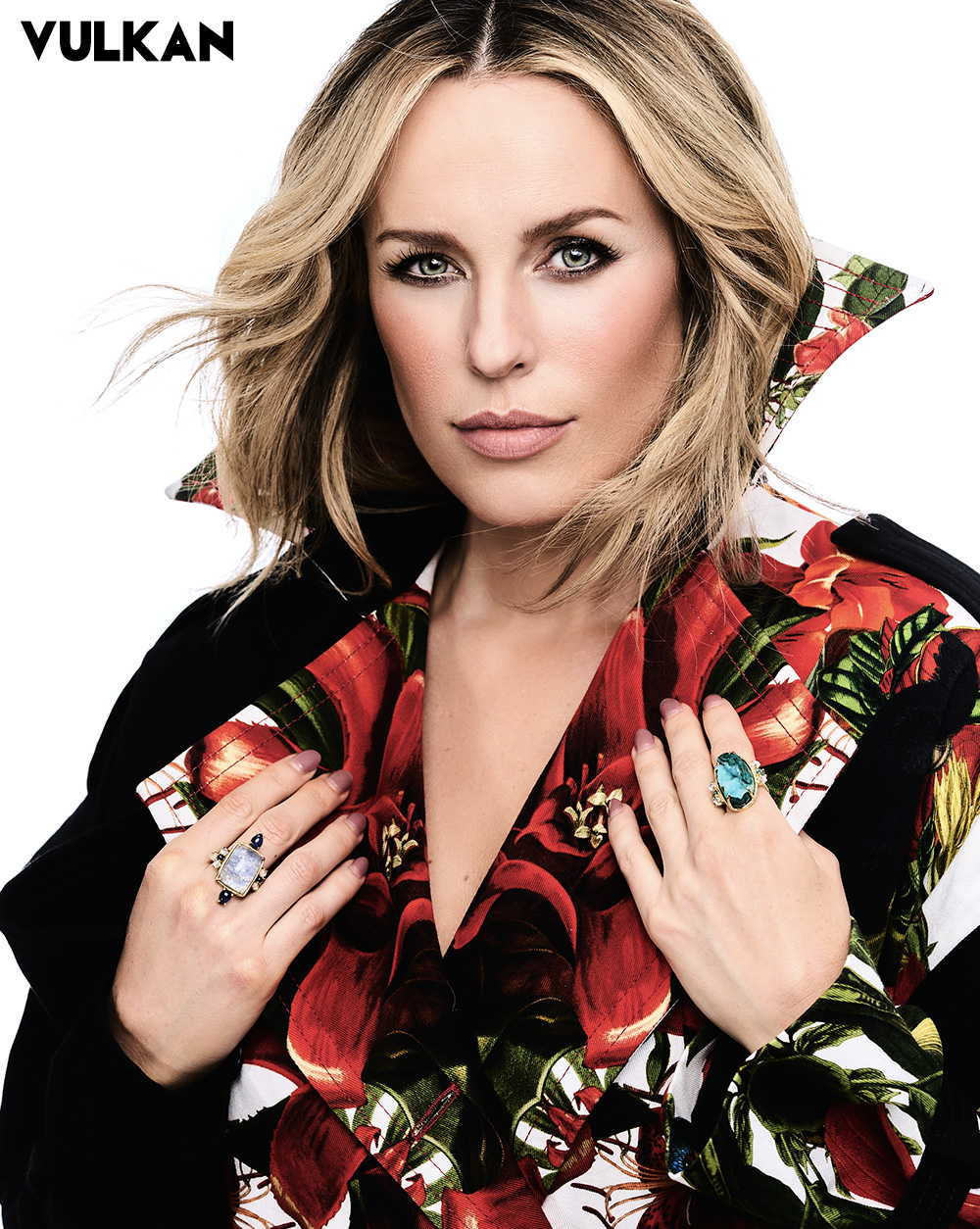 “It was the drama teacher, Mr. Anthony Renshaw, who kind of pulled me aside at the end of our final performance and said, ‘I think this is something you should consider doing as a career’,” shared the Australian actress, Jessica McNamee. Having taken a year off after that, the young adult threw herself into acting classes which led to booking her first gig! As she added, “ If not for Mr. Renshaw, I don’t know if I would have ever gone down this path.”  It was that final High School theater performance that marked the beginning of what would become her career, her passion, her life.Talk about fate!

From that point on, Jessica found herself starring in films such as “Battle of The Sexes,” “The Meg,” among many other titles including the newly released “Mortal Kombat.” But what makes these projects so special? Well, let’s go back in time for a moment. Growing up, the young starlet found her first love in athletics, “I was a high jumper and a hurdler. I was training with an Olympic high jump coach and I was also heavily into gymnastics and netball.”  One of five kids in her family, they all found their love for sports which made it a popular theme in the McNamee household. And somehow, with a few of her projects, the actress has been able to link her love for sports with her passion for acting.

For example, in “Battle of the Sexes,” she played a Tennis player, in “The Meg” she was swimming and deep diving, and in “Mortal Kombat” she learned martial arts. For someone who grew up on the adrenaline of sports, this could not have worked out better! “Being able to find the intersection between the physical and the dramatic is where I love to play,” Jessica shared wholeheartedly. Well, it’s safe to say that her role as Sonya Blade in “Mortal Kombat” illustrates this intersection beautifully and has found an important place in her heart.

From working with the cast and crew, filming in her home country, the memories shared on set, and more, Jessica was surely happy to have booked this role! When auditioning for this role, the actress was filming another project which meant she had to send in a self-tape. “I kept freaking out and telling my managers not to send it because I kept thinking I could do a better job,” she shared laughingly. “It took about two weeks for me to send my tape!” After putting herself on tape three times, she finally had her managers send it in… and a success it was! And in the end,  the director, Simon McQuoid, had watched all three of her tapes regardless! Ha!

Of course, she would not hear of booking the role as Sonya until a few days after her managers got the call as she was on holiday and had decided to shut her phone off for 48 hours…Dozens of missed calls, voicemails, emails, and Instagram DMs later, Jessica’s managers were finally able to share the great news! “I was only half way through my holiday too so I was like great, I am just going to live large for the rest of it,” she added. Talk about great timing! And good thing she was able to enjoy the rest of her holiday as the next few months of filming were going to take a lot of hard work, sleepless nights, and dedication!

Jessica had about six weeks to get in shape before they were off filming for five months in Australia, her home country. Excited to get the ball rolling, being able to work closer to home was a big plus and as she said candidly, “it was so nice to be back home and working with an Australian crew because they are some of the best crews in the world,  I think.” Having basically been in boot camp for six weeks, she worked closely with a personal trainer as well as martial arts teacher and the stunt team. Phew!

While on set, the weeks were divided between two units that were filming simultaneously: the more dramatic scenes and then the action scenes which involved more stunts etc. “It was crazy. We were basically just bouncing between the two units and we were shooting six days a week. It was exhausting but so rewarding,” she shared candidly. “I feel like I was really lucky, got to pick up all these new fight skills and I really wanted to do as much of the stunt work as I could.” With no doubt the talented actress felt very accomplished when the shooting was done!

Now, we all know that the film is based on the beloved video game which Jessica had grown up with. In order to really get into character, she found herself “taking a deep dive into the whole Mortal Kombat Universe,” in order to familiarize herself with the new characters and more. “I would sit up late at night for hours watching Youtubes of people playing Mortal Kombat to get familiar with Sonya’s moves etc. I watched a bunch of action films with strong female roles,” opened up the dedicated actress. After all, she does lead the way in some sense which motivated her even more to truly embody the character of Sonya Blade.

As a woman in the film industry, this role also reflected an important sense of progress for Jessica and other female actresses! Carrying out a lot of the exposition, it was, in a way, her responsibility to make sure the audience understood  this world as they were seeing it through her eyes for the very first time (especially for those who are not familiar with the video game). “I felt this responsibility and was sort of flattered,” shen opened up. “As a female I was not silenced. I felt like the stereotypes of what it means to be a female on camera have been reversed!” That is what we like to hear.

Overall, Jessica’s experience on set brought together her passion for sports, her comfort in her home country, a reflection of her hard work, and an opportunity to truly connect with an amazing cast and crew as well as grow as an actress. The director, Simon McQuoid was not only an amazing showrunner, he also brought to set a sense of purpose and motivation like no other. “He just knew how to turn around the whole mood,” she explained. “ He was always cool, calm, and collected. He could turn everyone’s ‘frown upside down if you will.’” From that, the actress was able to truly learn how important the onset energy is to keep the project going beautifully!

Jessica McNamee brings a fire like no other as she continues to explore the world of acting all the while embracing her athletic and passionate side. Hoping “Mortal Kombat” will turn into a whole franchise, she has also written a series that she hopes to produce in Australia! Ready to keep booking roles as well as slowly step foot into the writing and producing side of film, the talented actress continues to wow us every day. There is no doubt we will be seeing more of Jessica McNamee!