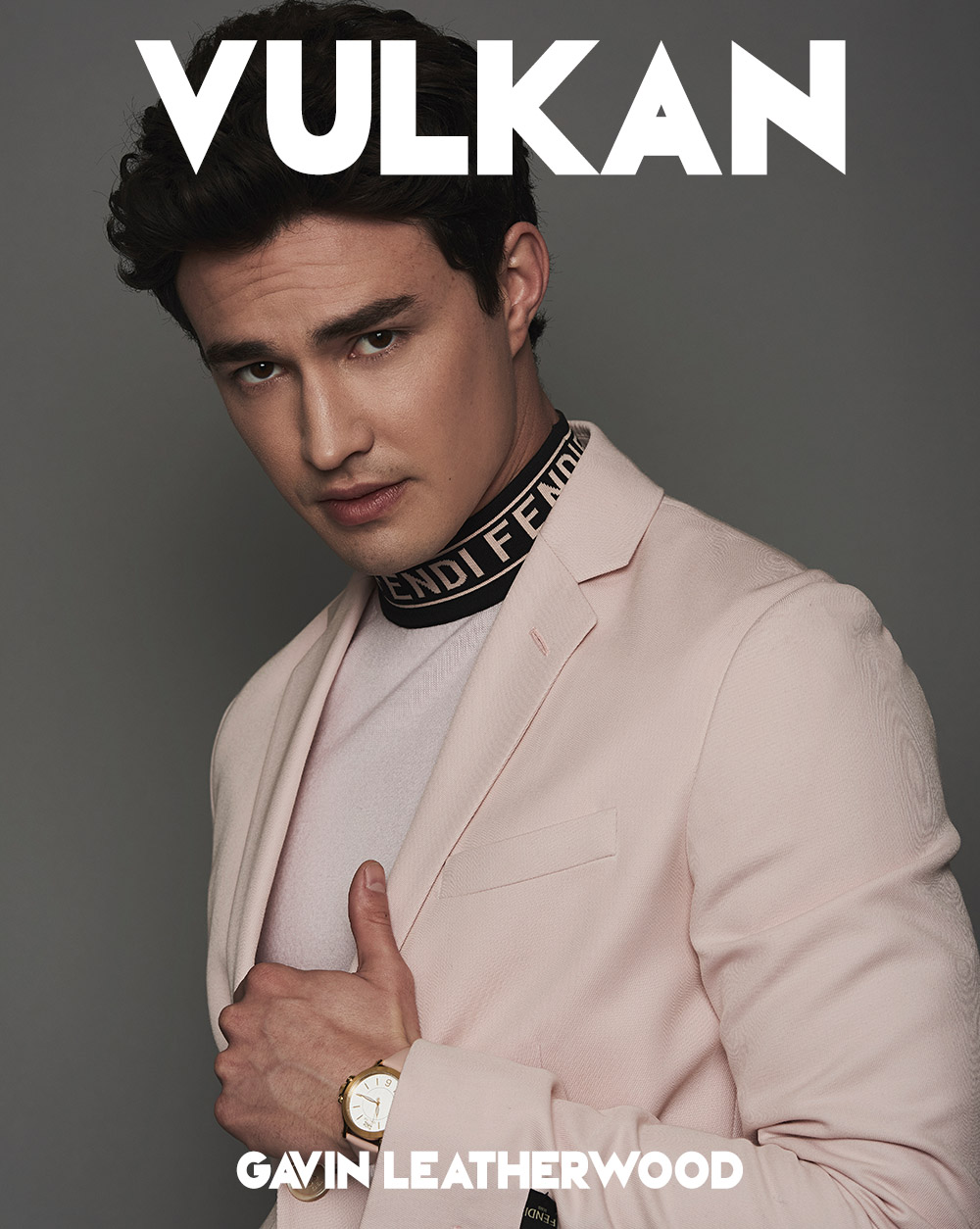 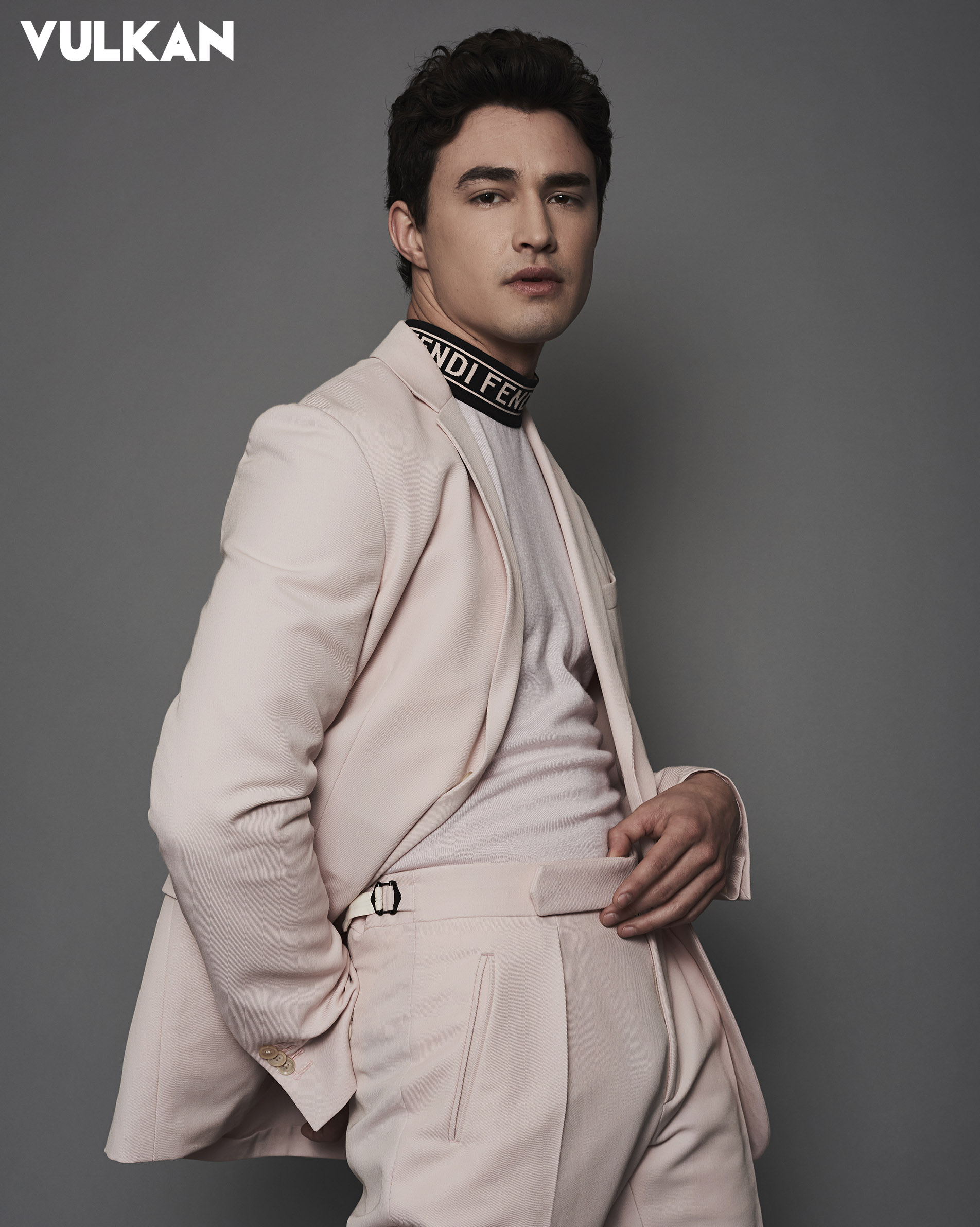 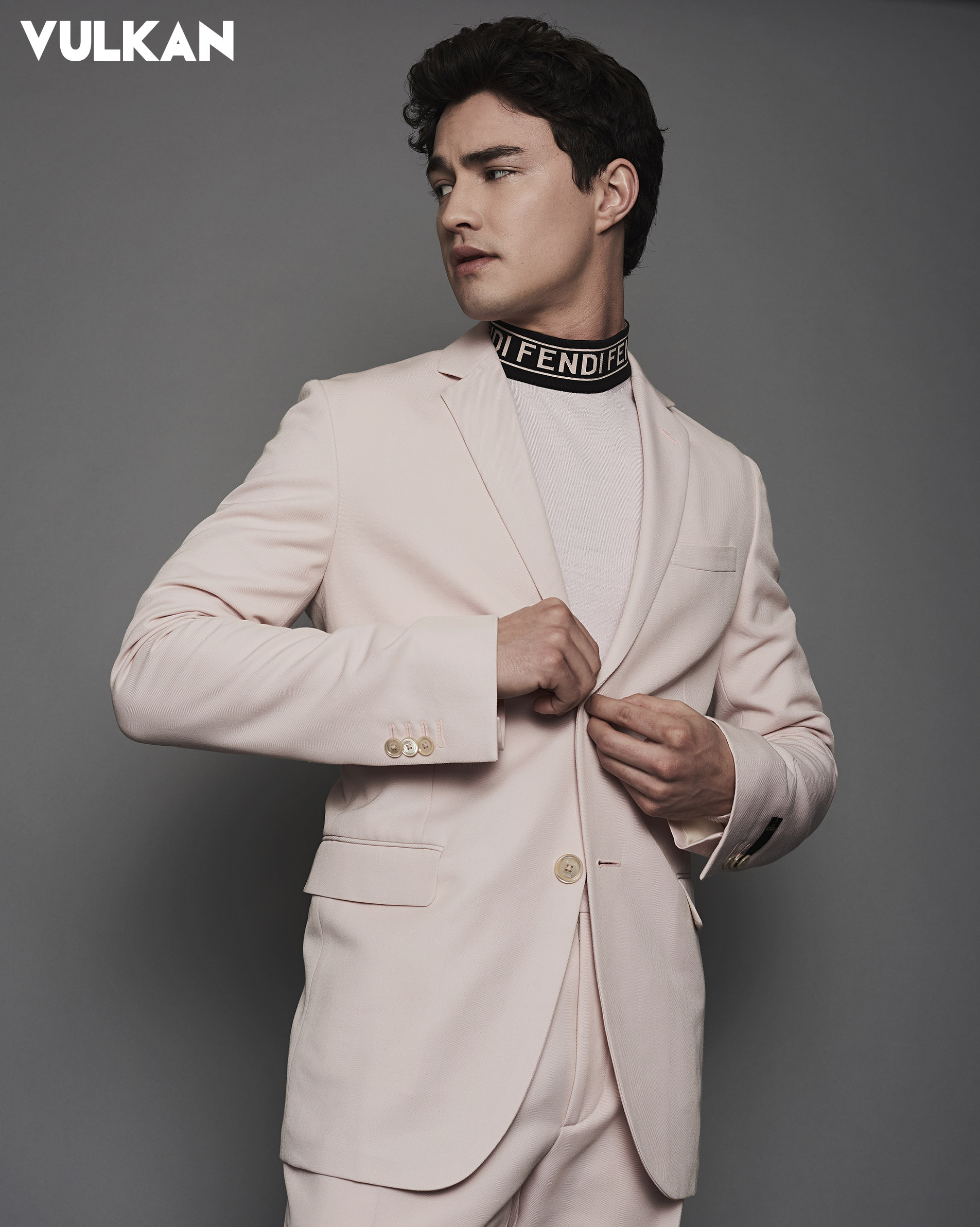 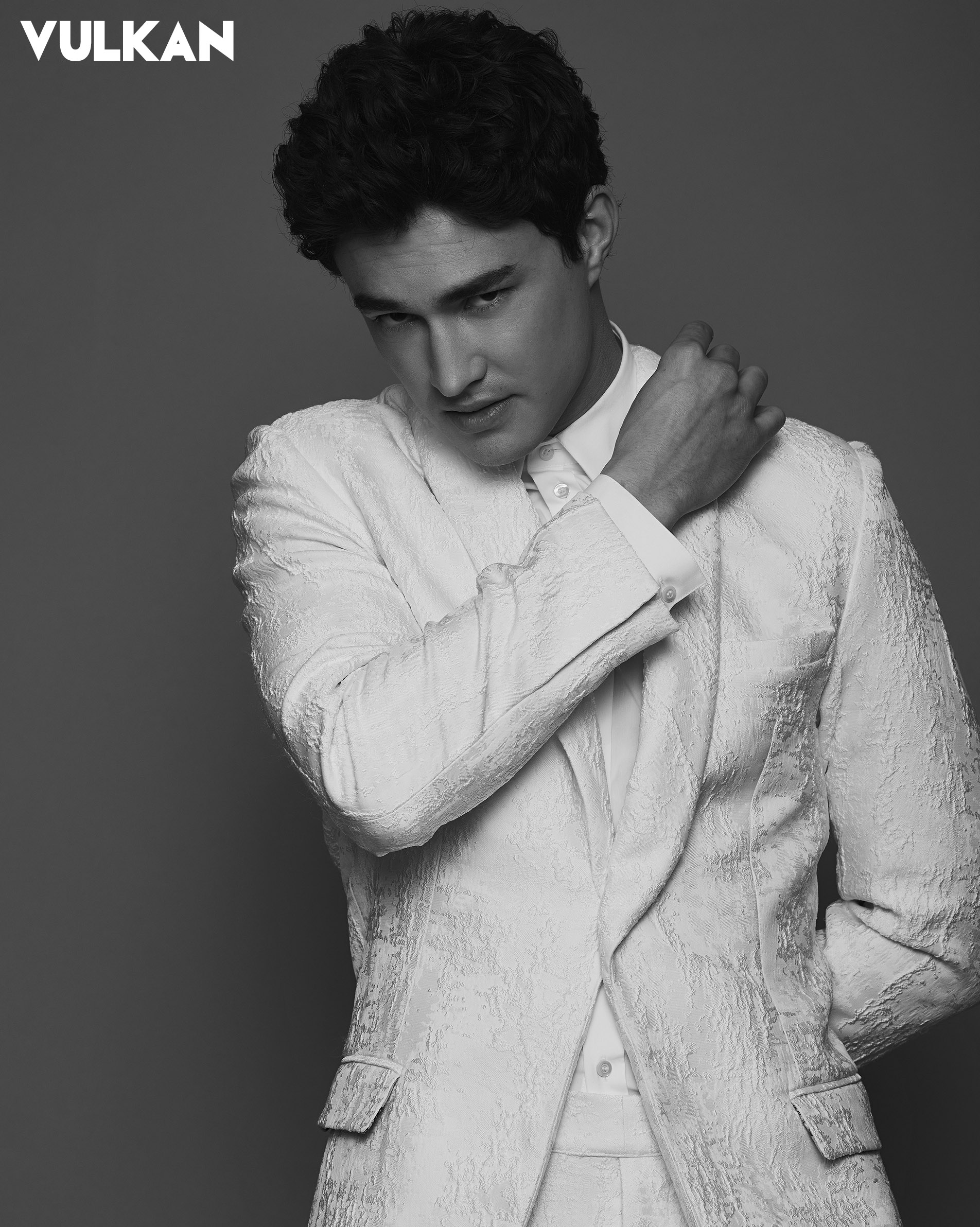 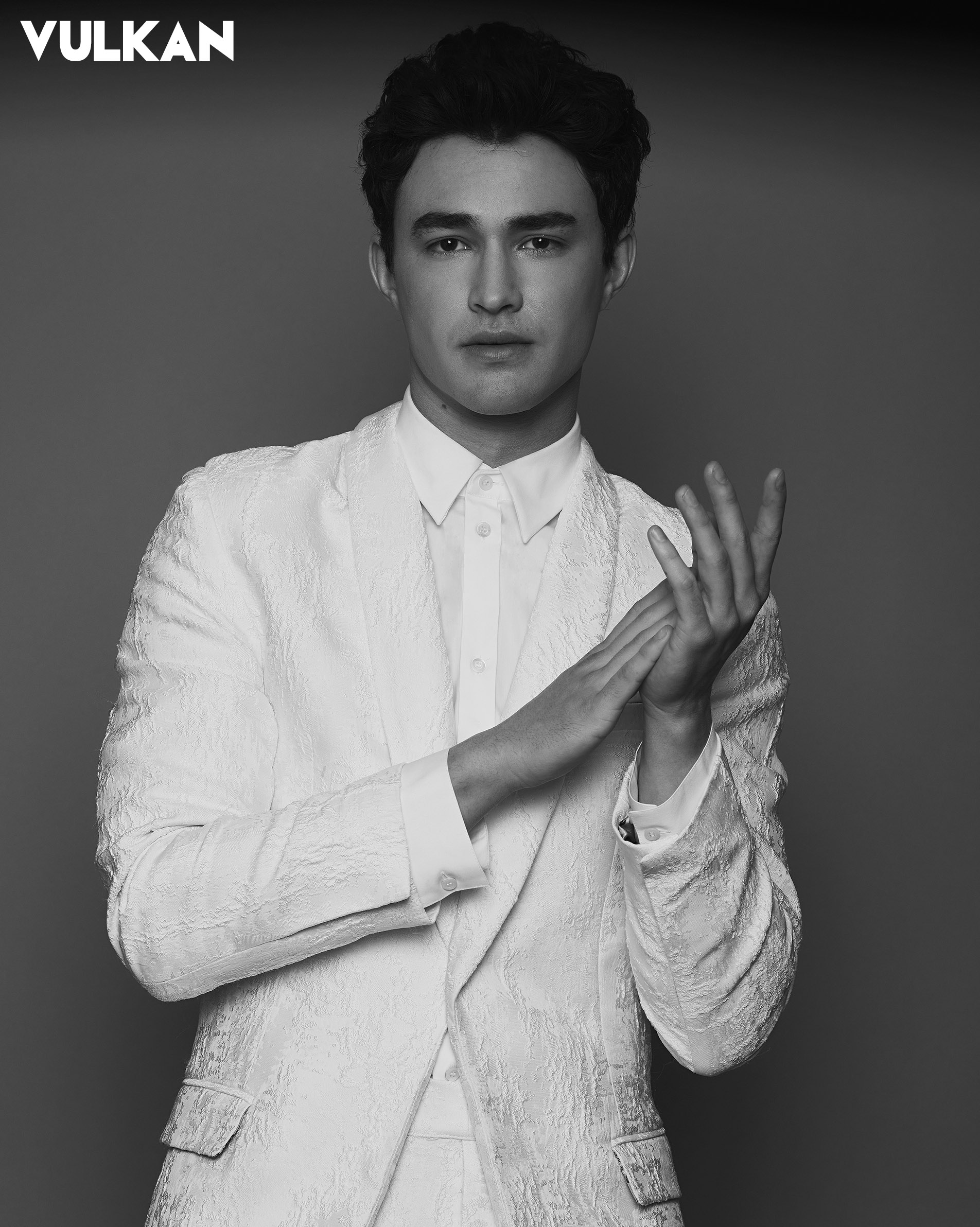 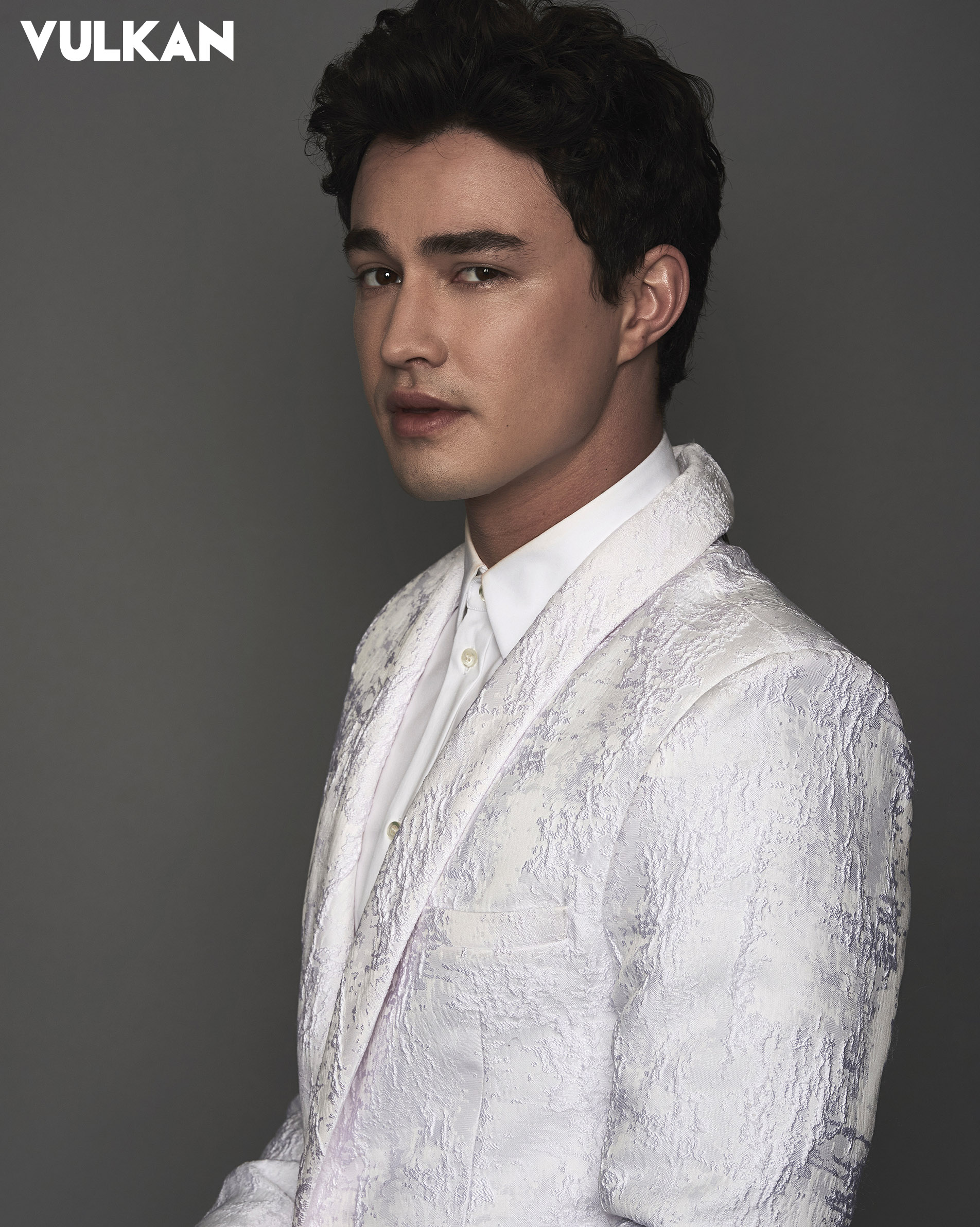 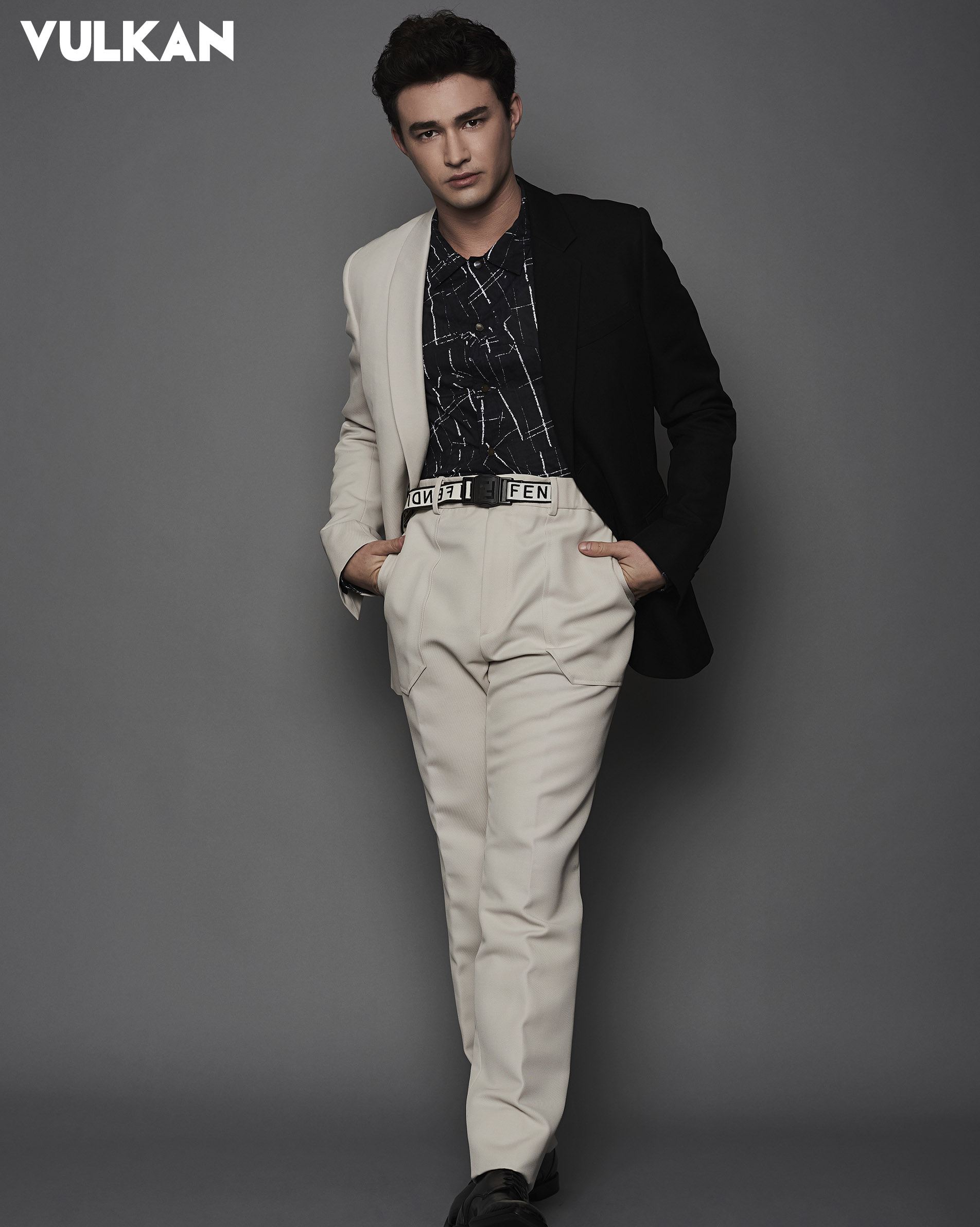 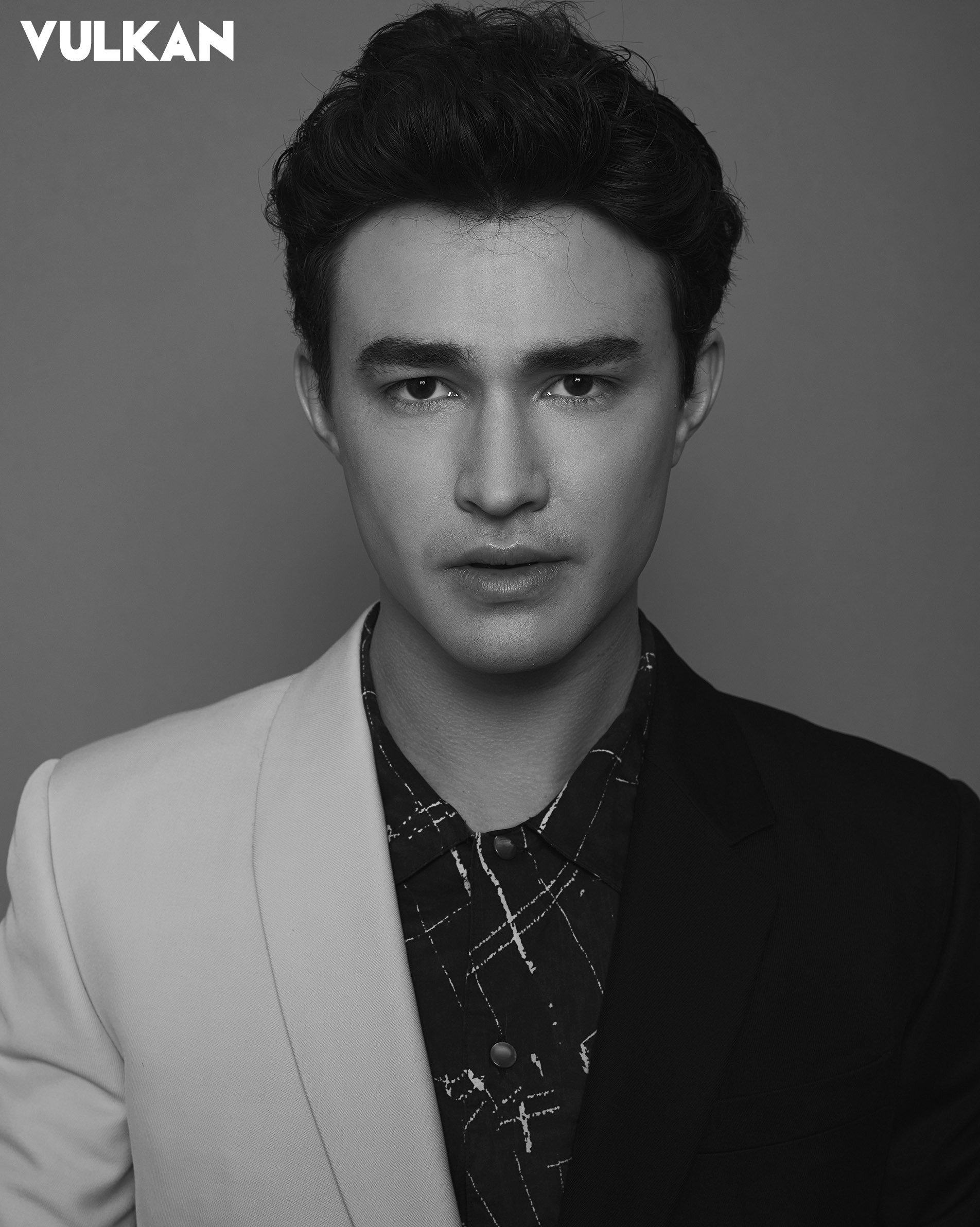 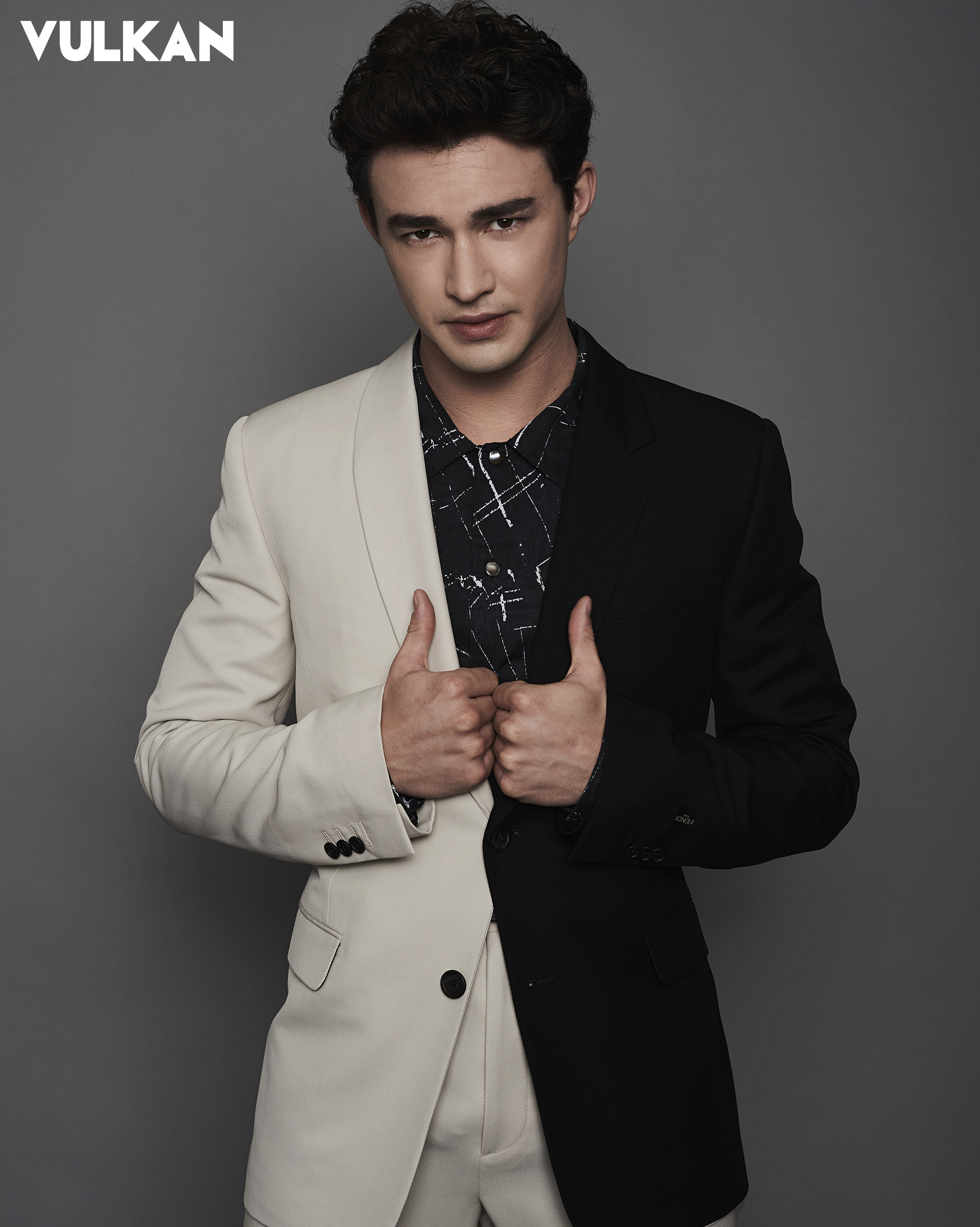 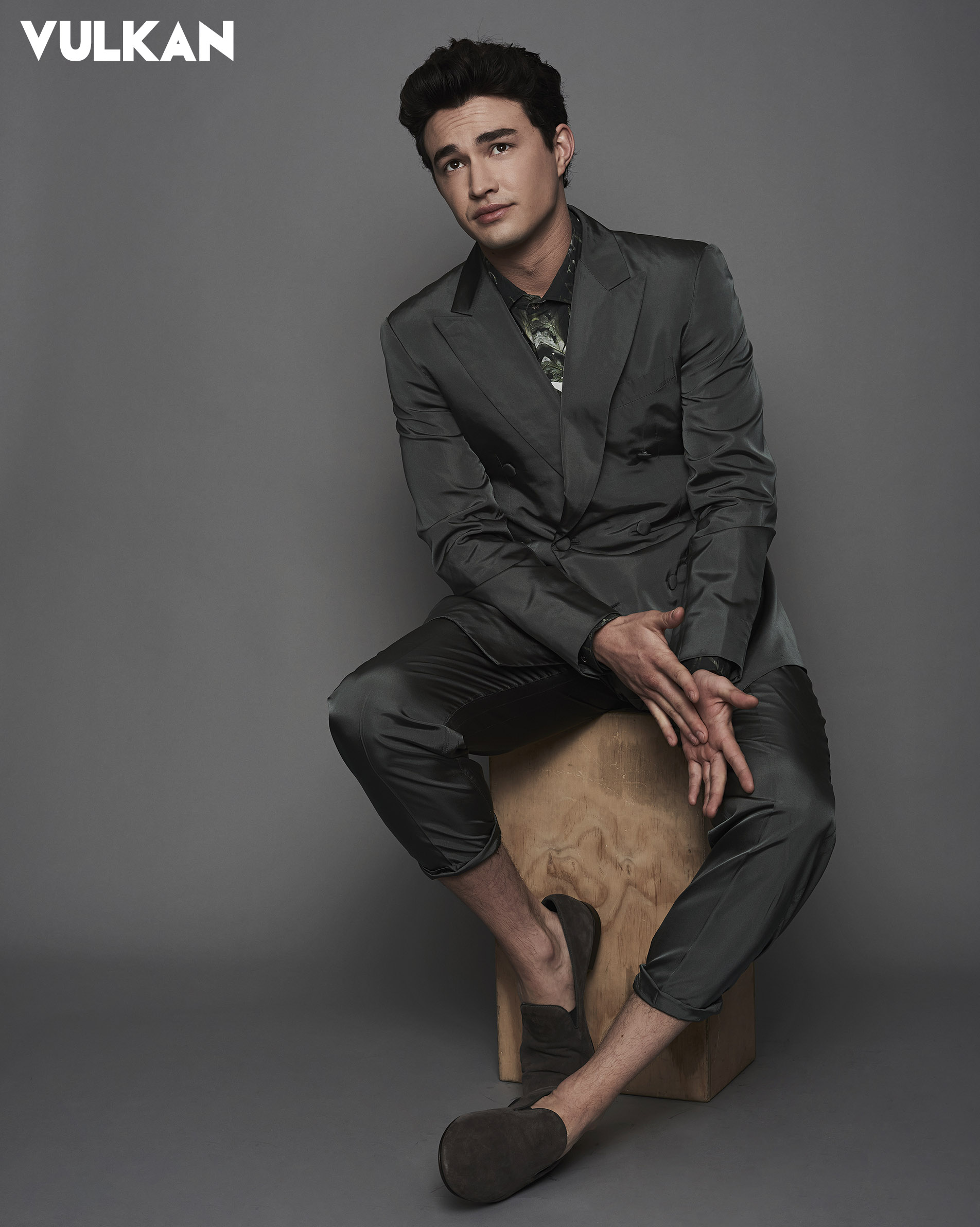 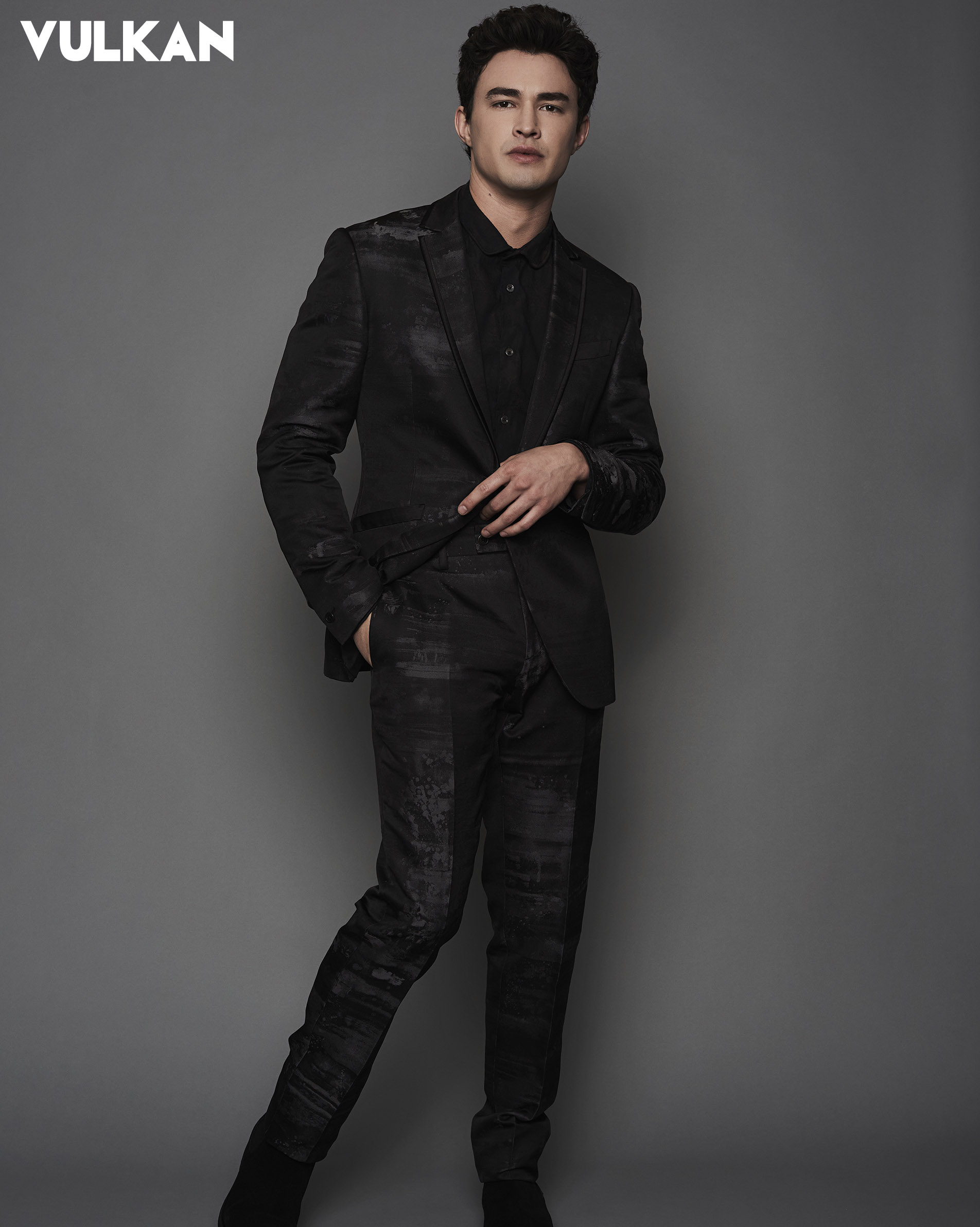 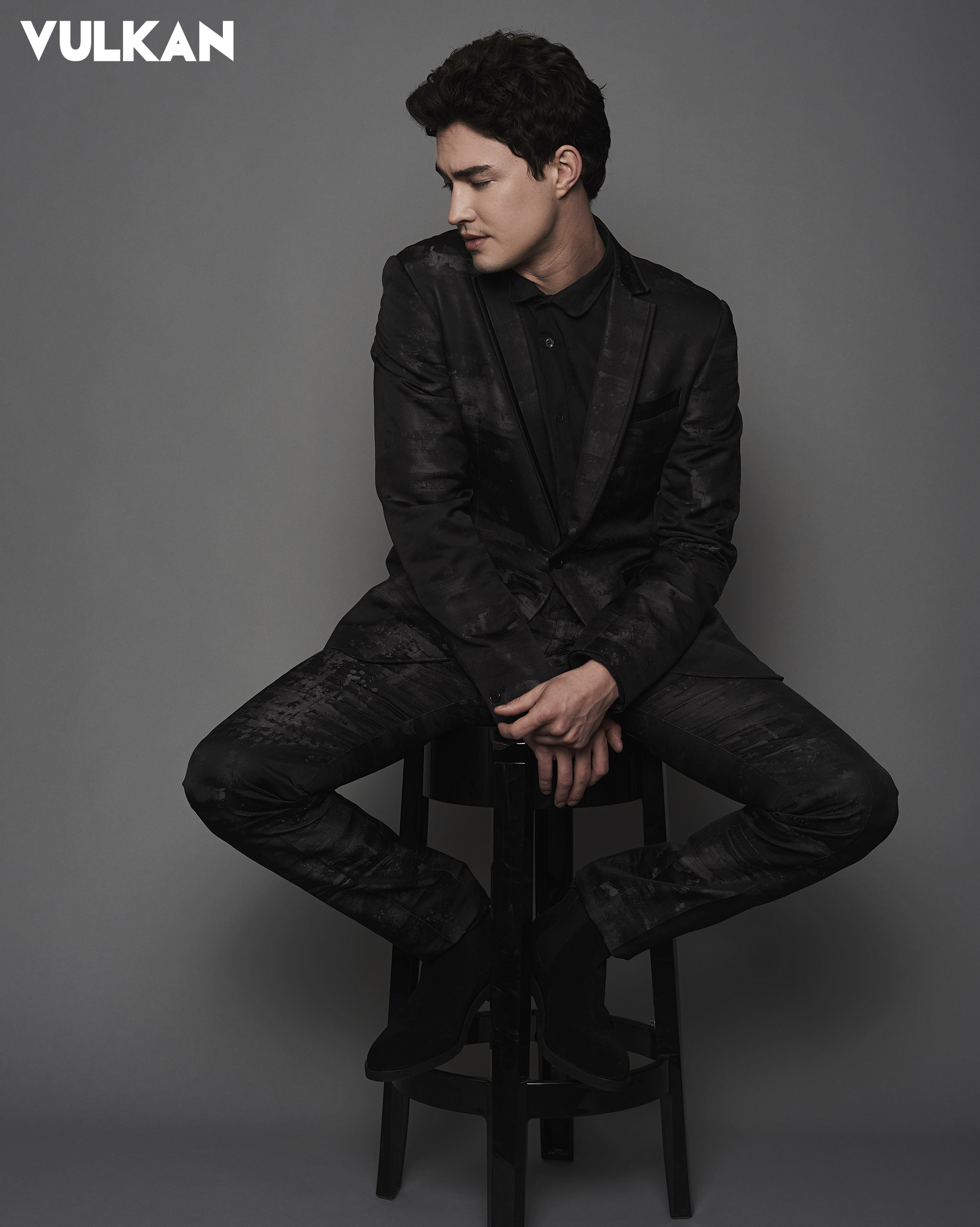 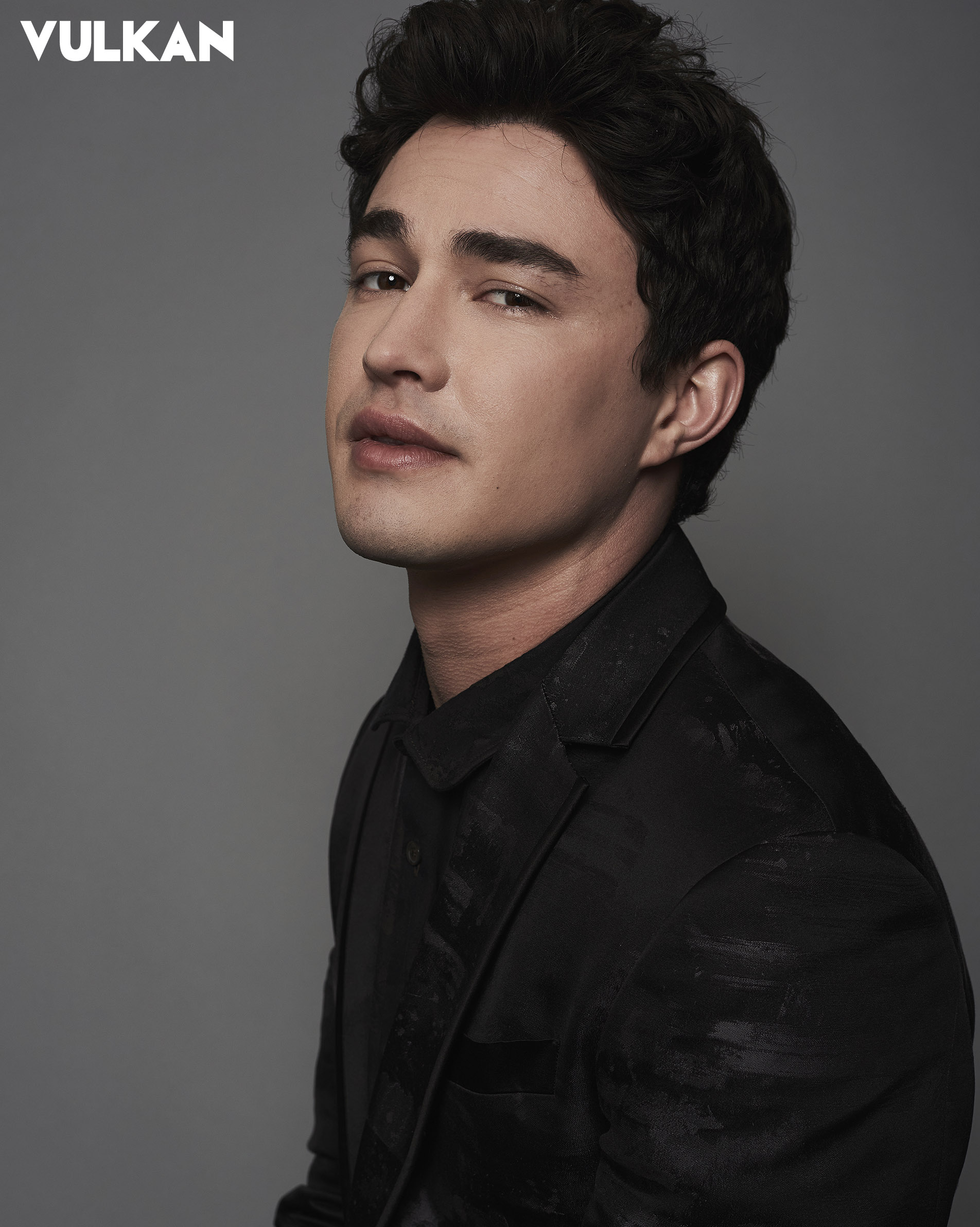 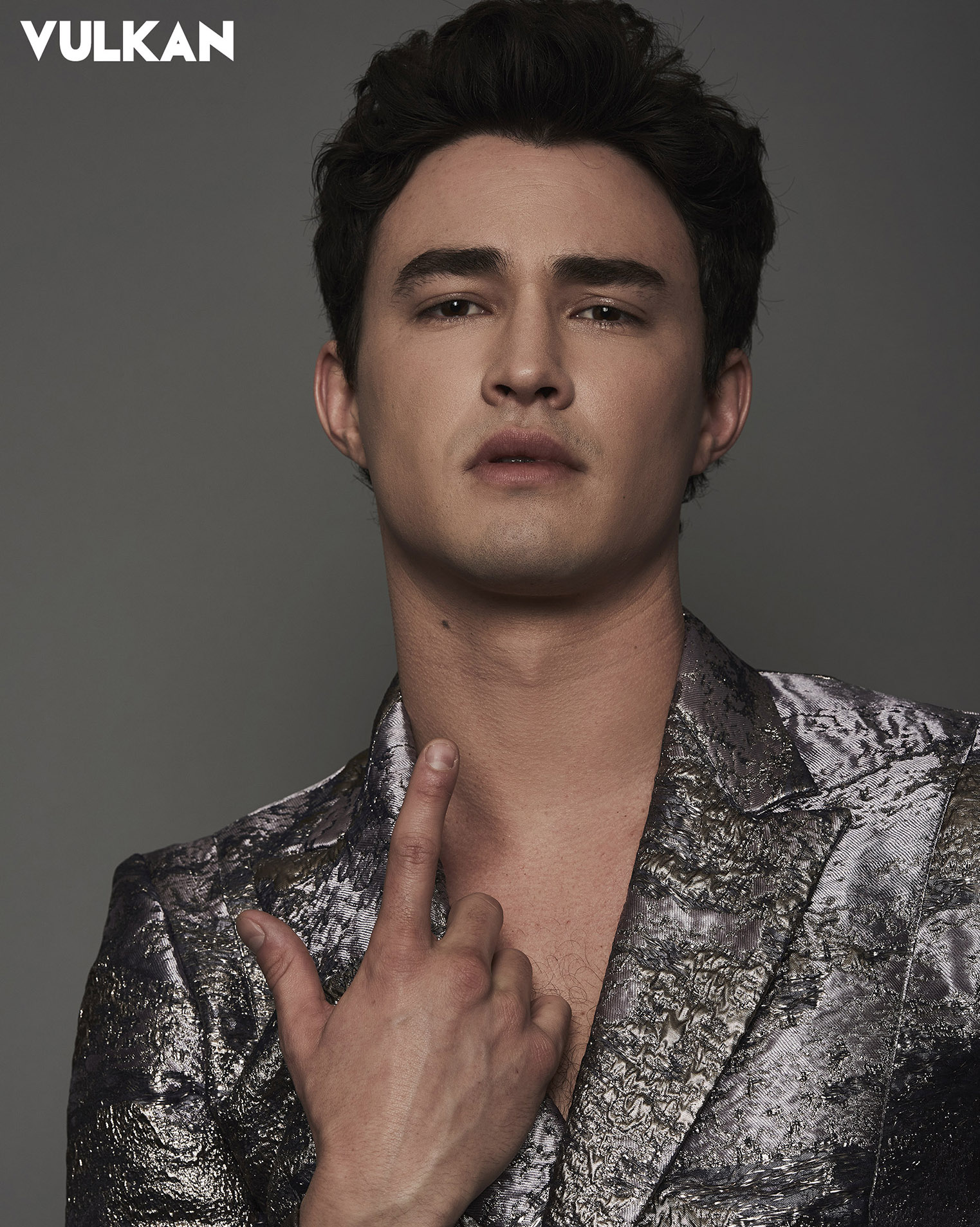 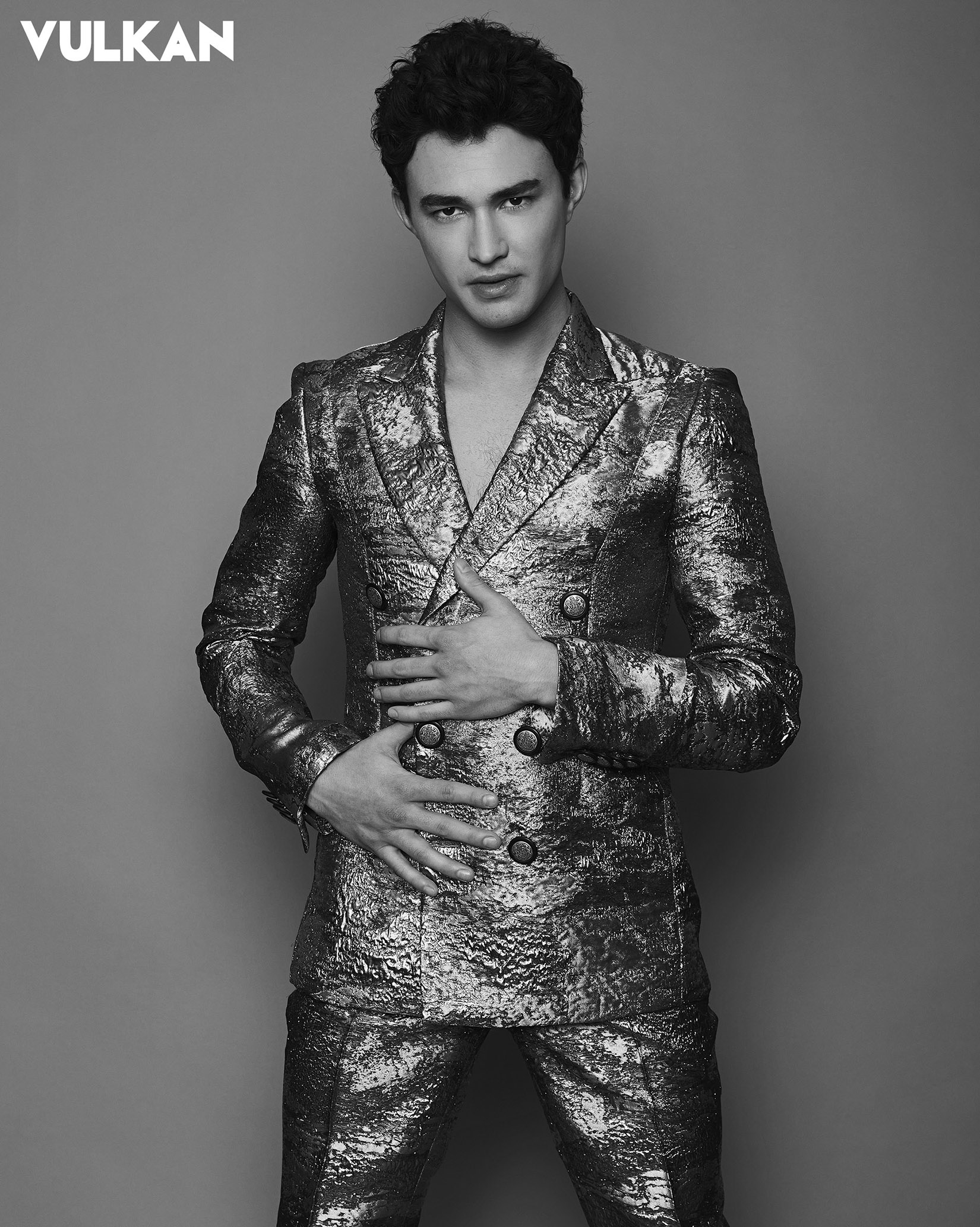 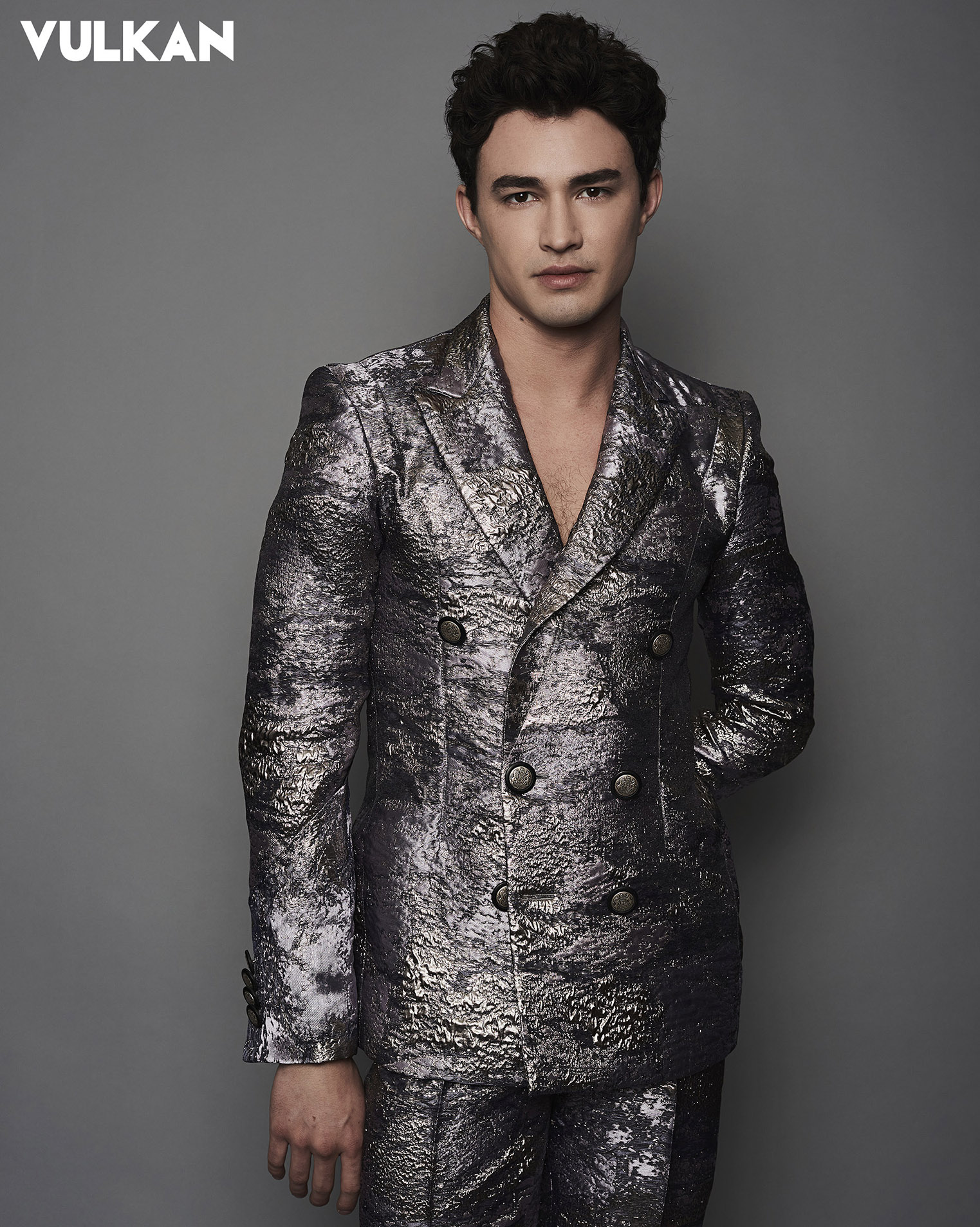 Sitting in the jacuzzi at the age of six, Gavin Leatherwood was staring off into the distance. They had a family gathering that day and as everyone was parting ways, his mom came out to check on him. “I’m having a moment,” young Leatherwood shared. Reminding him of this moment when she can, his mom tells him: “you were always this thoughtful kind of kid and I had a feeling that you were going to want to take on something creative, particularly acting.” This was the precursor that shaped him…his path was unraveling before his eyes and in his heart. Luckily, he has a loving family by his side that has “been so supportive throughout this journey” and reminds him of who he is deep down.

Starring on “Chilling Adventures of Sabrina,” Leatherwood found himself working hard to get to where he is today. In High School, the whole senior class had done a showcase for a casting director and agents throughout L.A. His friend Justice was the one who shared a list of agents. Before television, he was on the Broadway Tour of Peter Pan for a couple of years but he quickly learned that it was not enough…the hard way. Leatherwood found himself dialing the number of an agent.

“Who is this?”
“Oh. Hi, my name is Gavin Leatherwood and I am an actor.”
“What are you on kid? How do I know you? Have I seen you on anything? (…) Broadway?! This is television and film, we don’t care about that.”

Young and stunned, “she totally just laid my ass out with this comment, my heart dropped and thought I was such an idiot,” shared Leatherwood. He thought he had the experience but understood that he was going to have to put in A LOT of work. With the help of his friend, support of his family, and dedication, he worked hard to land his first role. This phone interaction was a highly embarrassing moment for him but also the kick he needed to jumpstart his career.

Having landed his role in the renowned series, “the experience has been life-changing. It felt kind of like this surreal dream,” said Leatherwood happily. Acting fulfills his days like no other and he has found himself exactly where he is meant to be. “It’s like in a relationship. When the honeymoon phase sort of ends and you get to work, you still love the thing and you give it your everything and you’re committed to it but it’s also hard work and I didn’t realize that until doing it,” the ambitious actor opened up about.

When viewers are watching the show, there is much to learn and for Leatherwood, he hopes his character can be an example of how not to deal with one’s emotions. As he expressed, many can connect with the different characters in the show but if we are talking about Nick’s character, “I would really hope that they take away that using certain coping mechanisms such as drugs or sex are not a good alternative.” After all, we all turn to our demons for comfort at some point but it is important to remember that they will not bring long-term relief and answers.

With every episode, every script, every moment as an actor, he has learned to be more mindful of how he spends his energy and time. With so many new things to learn, he knows the hard work doesn’t stop now. Realizing he was not doing things conducive towards his creativity, he has been distracted more than not. After this whole experience, Leatherwood is really “paying attention to focusing on certain things instead of getting wrapped up in all the BS.” There is no stopping him now. As you are reading this, take a moment to think about what fills your chest with warmth and proudness. Are you pursuing it? Or are you letting distractions get in the way?

Leatherwood here faces those questions and finds answers to them a little more every day. Acting has become more of a lifestyle and he loves being able to play different characters and feel different emotions he doesn’t necessarily go through. “We are in the business of understanding humans and humans are the most unpredictable and unique creatures, in my opinion. We have the ability to think…” something so important to remember as at the end of the day we are all the same: humans. But we are also individuals which is why it is so important to remember to understand others and coexist.

As an actor, you build a platform with the hopes of doing something good for the world. For Leatherwood, he is constantly learning how being an actor fulfills him the most. As he put it: “I feel like I am constantly learning what that is (being an actor).” Understanding, listening, and watching people is fascinating to him. As he continues to grow, he does think about diving into different areas of the entertainment industry form producing to directing and more.

Gavin Leatherwood represents what it means to grow, to learn, and to embed your passion in your life. No matter the obstacles, he continues on and has a family that keeps him rooted when life gets a little hectic. Welcoming the different challenges and opportunities that life throws his way, Leatherwood keeps his head high, smile bright and continues to search within and without of himself.