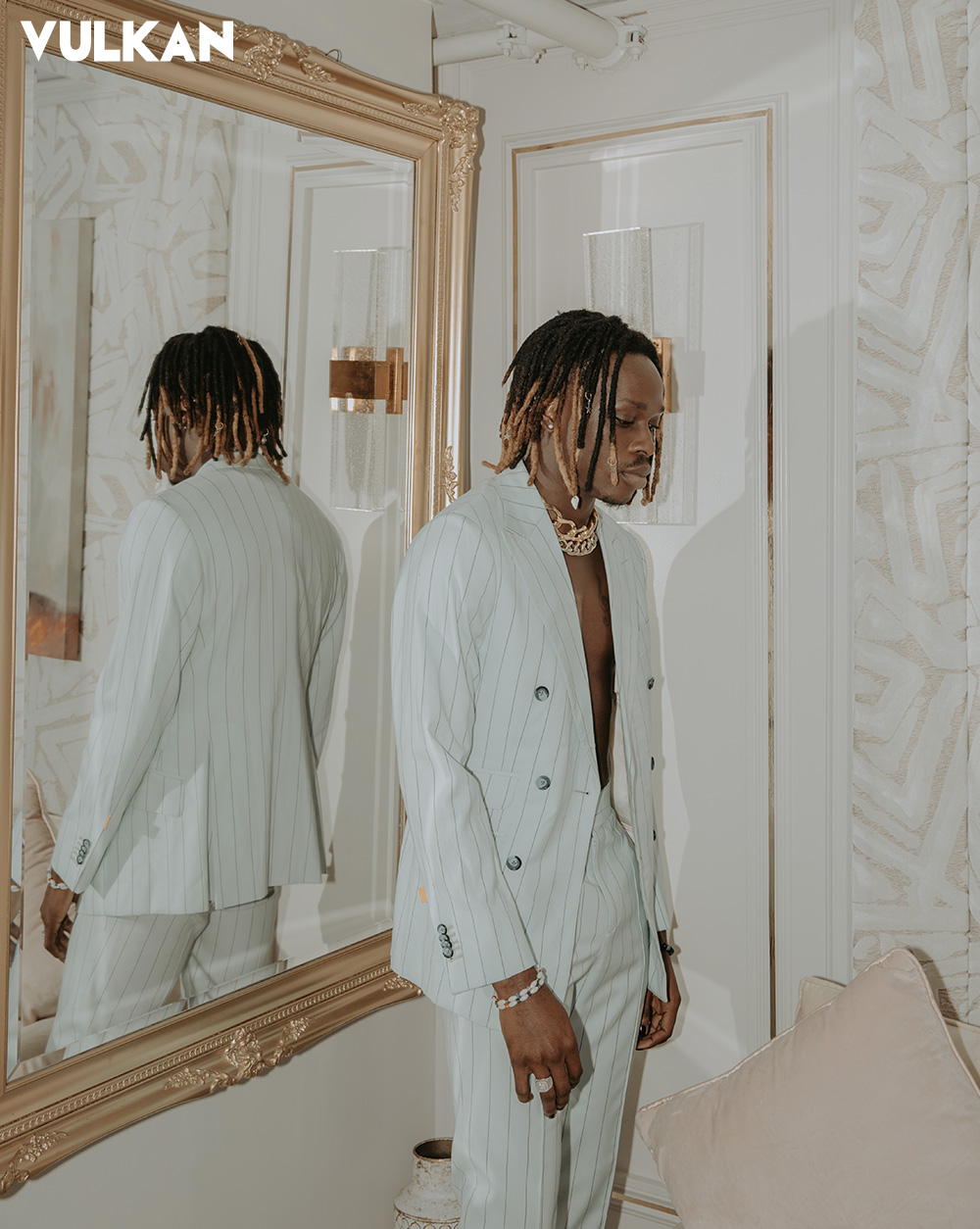 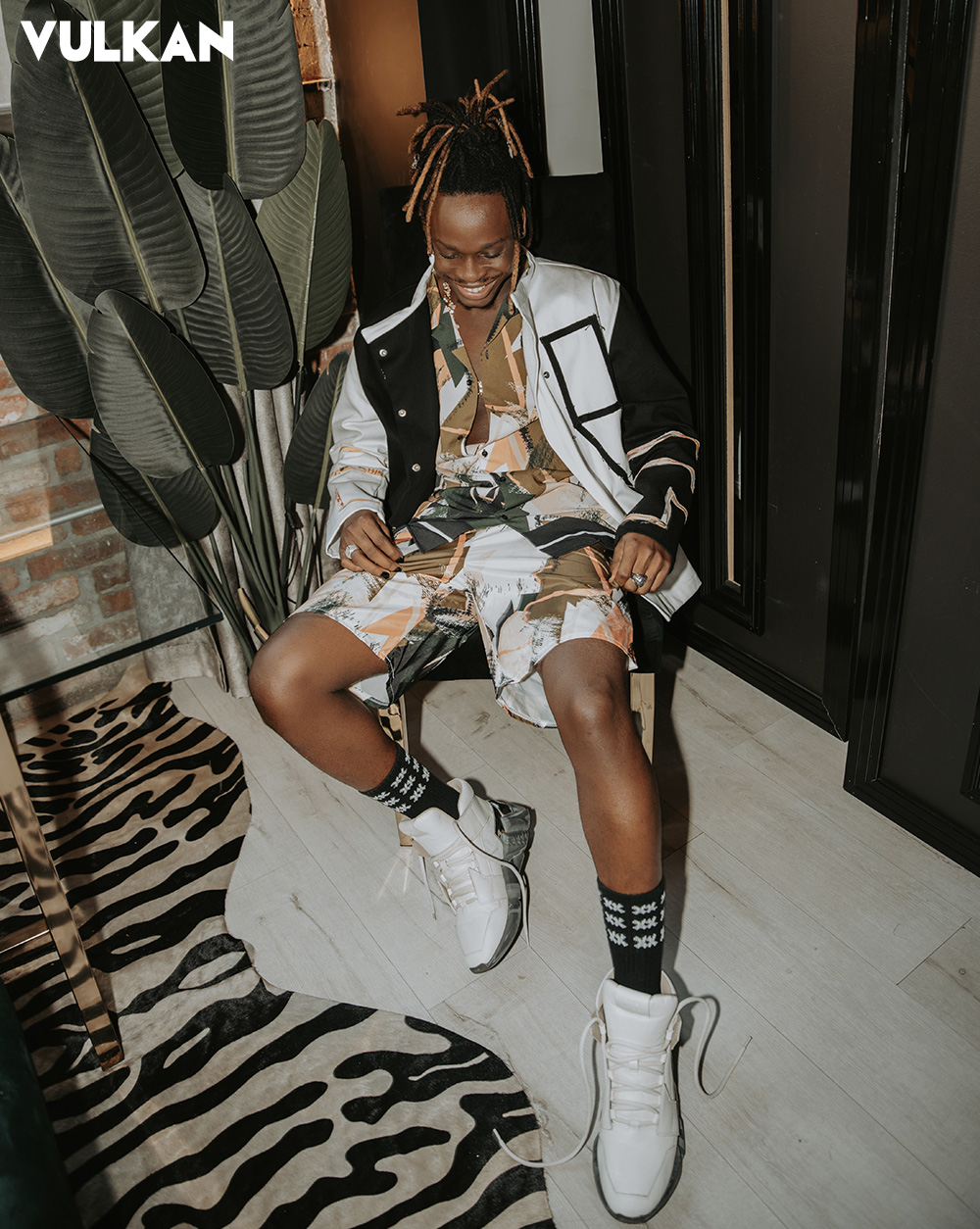 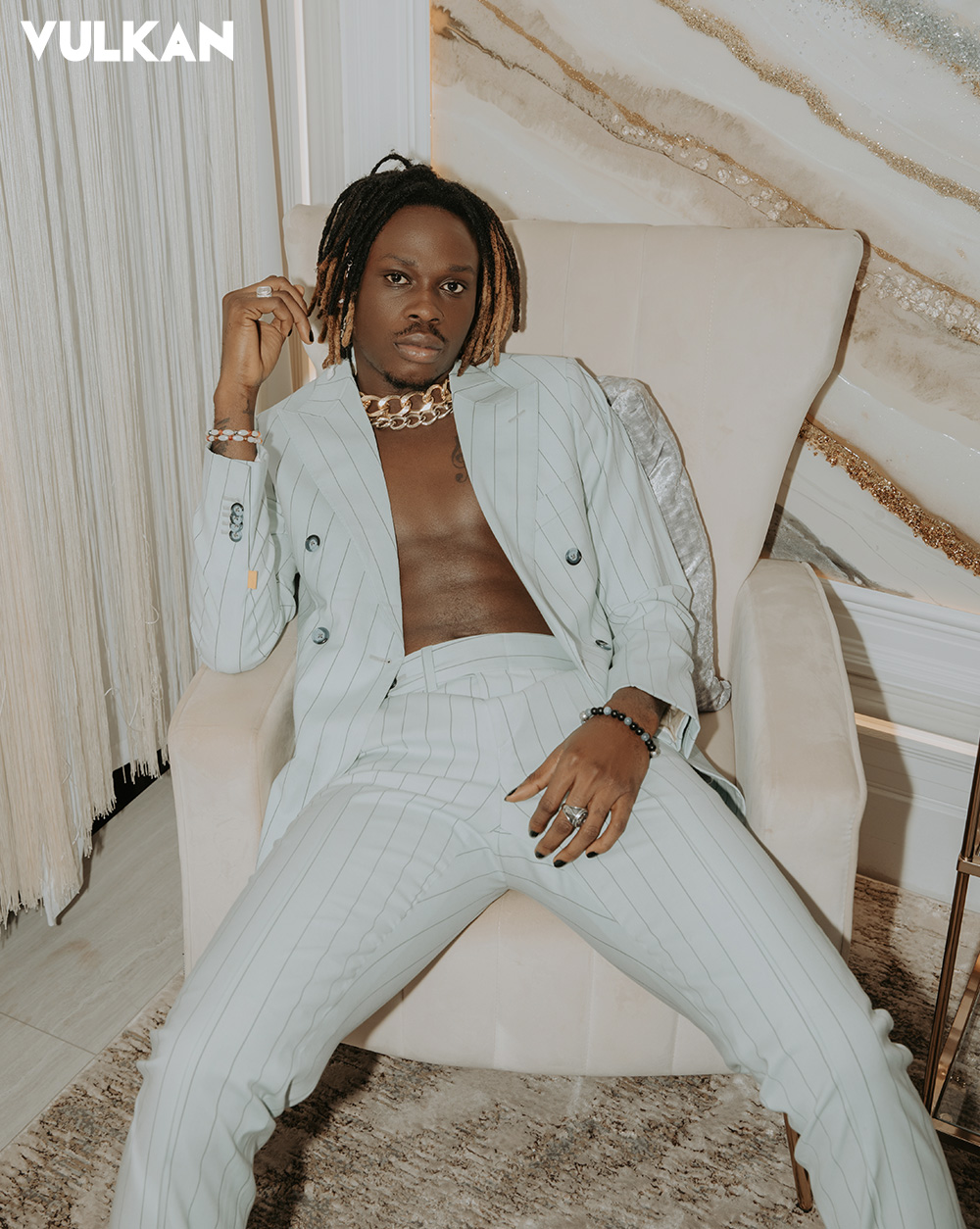 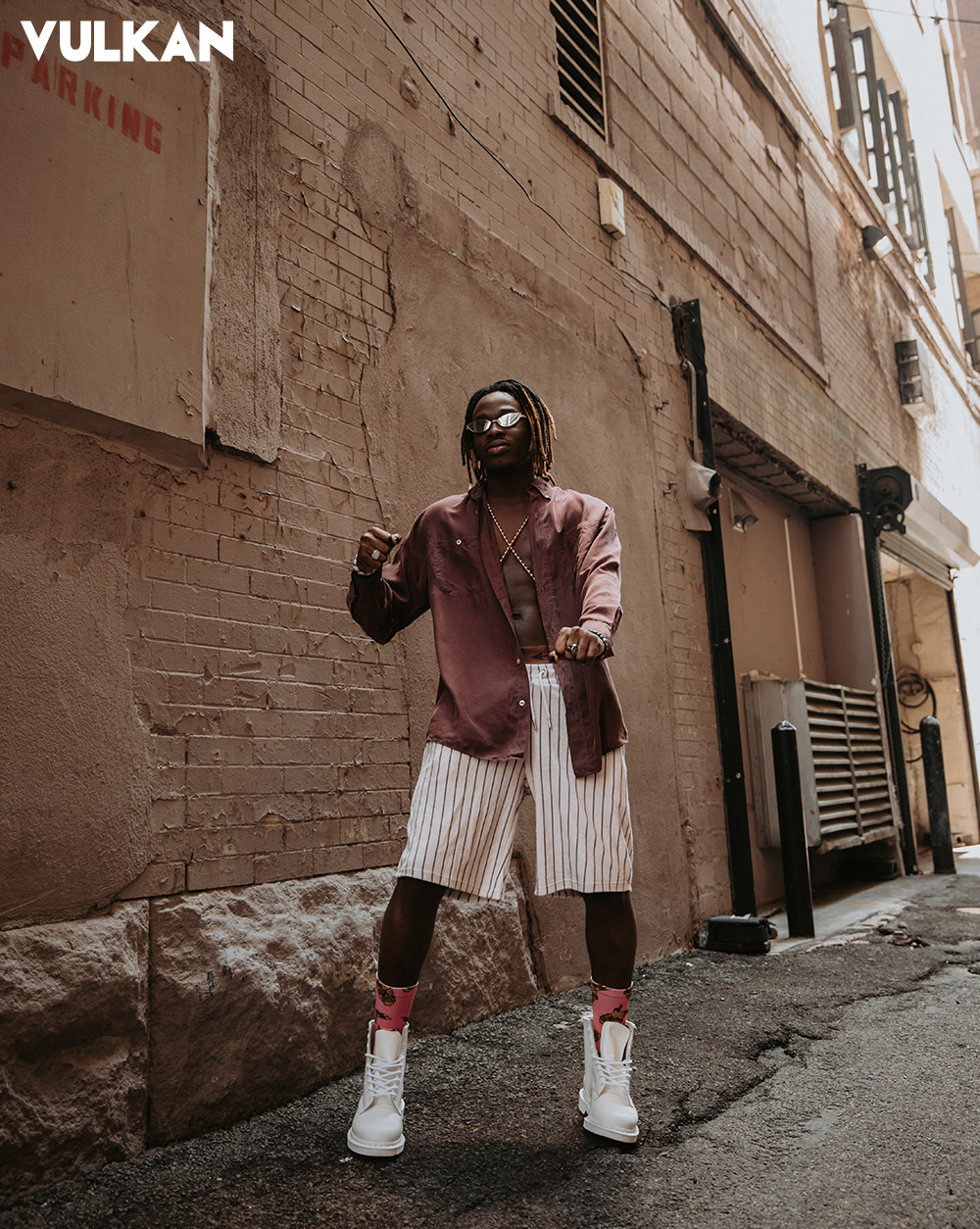 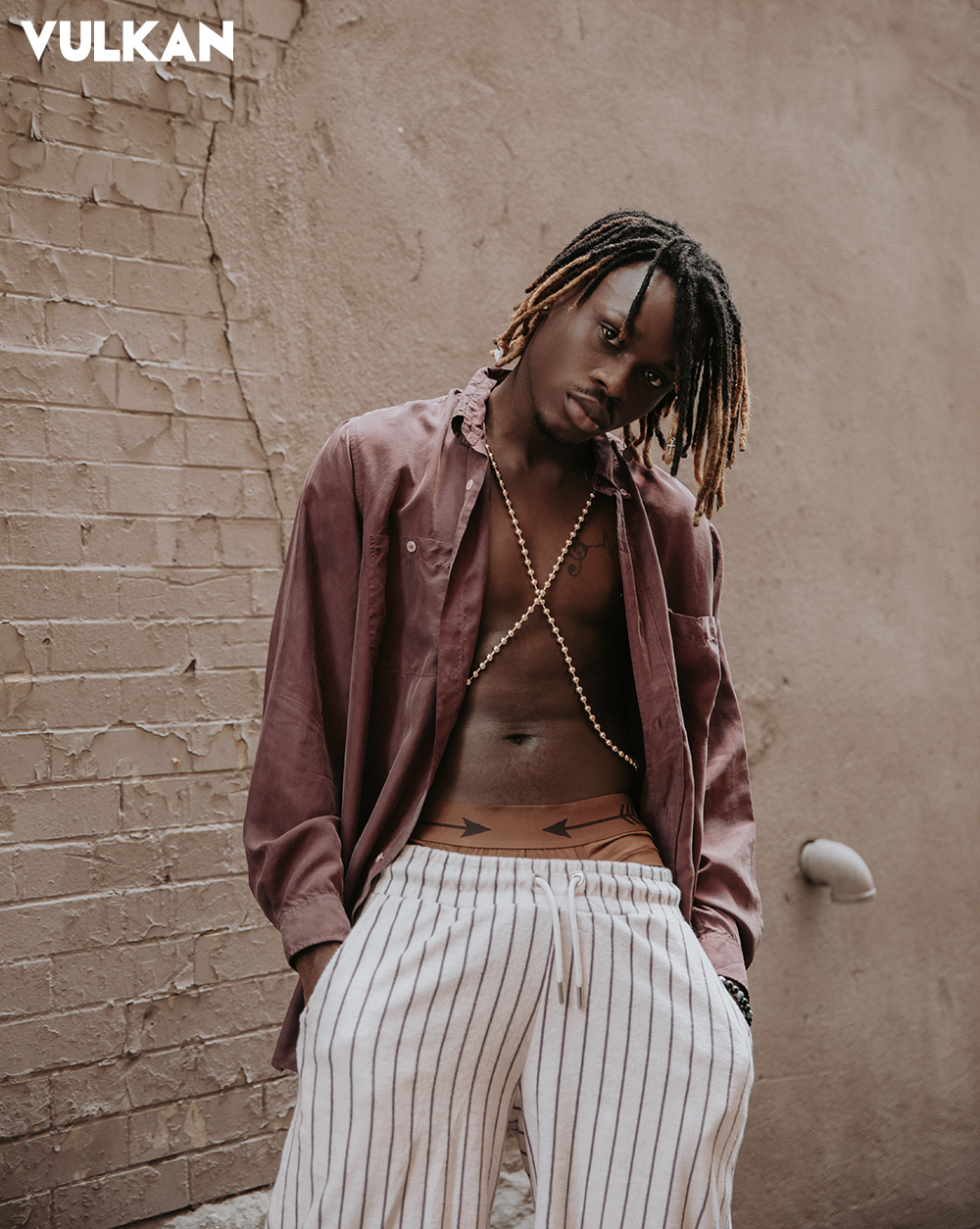 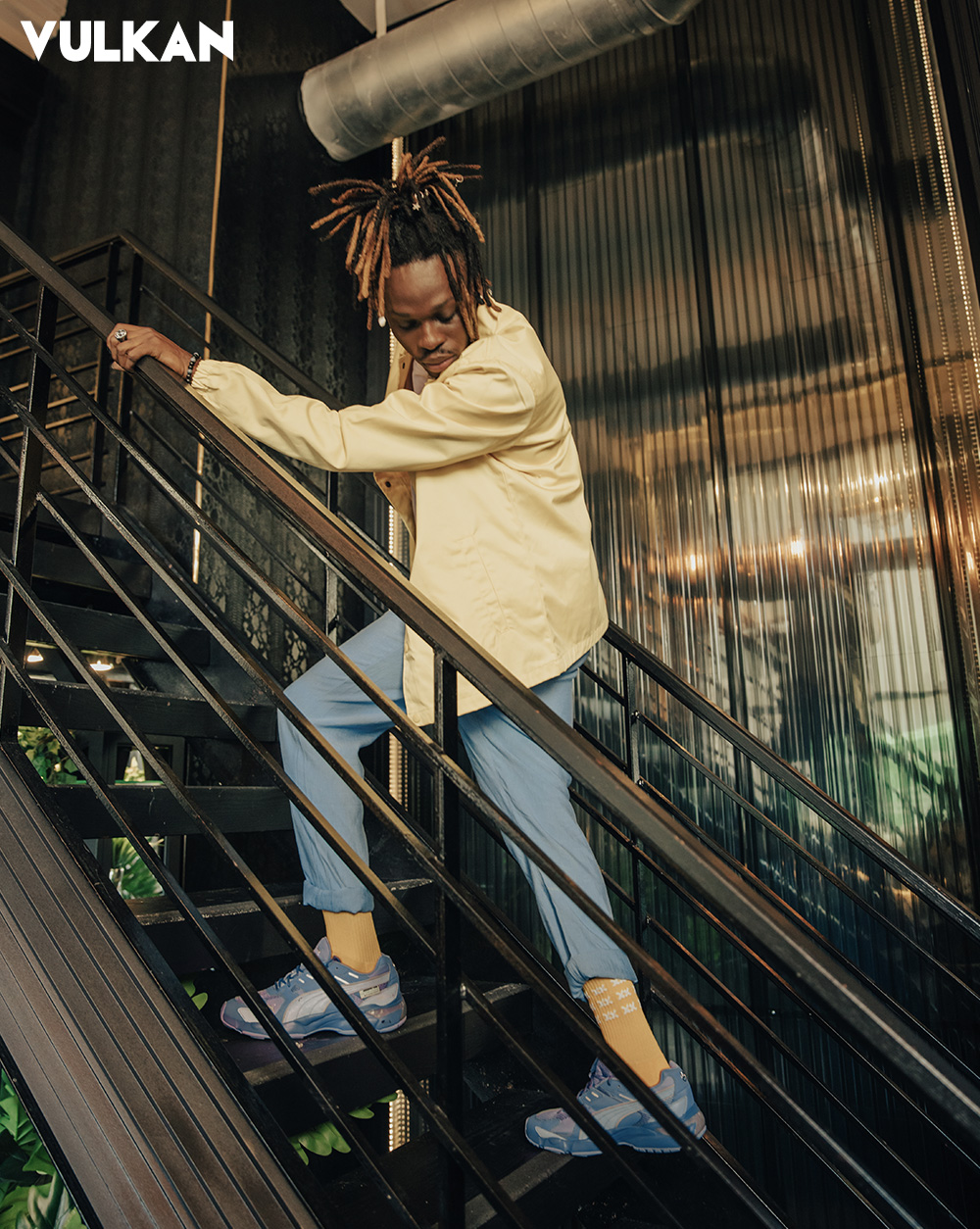 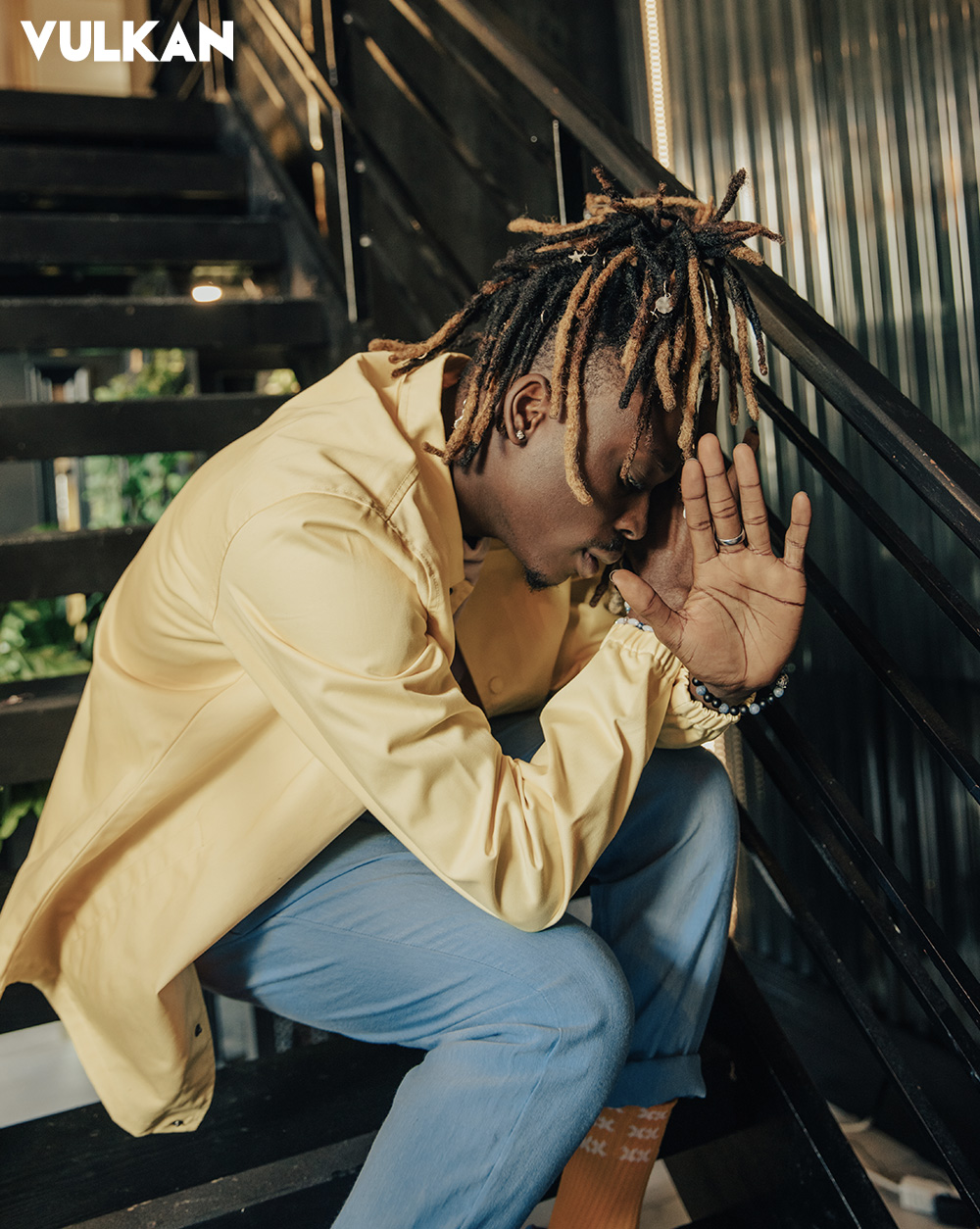 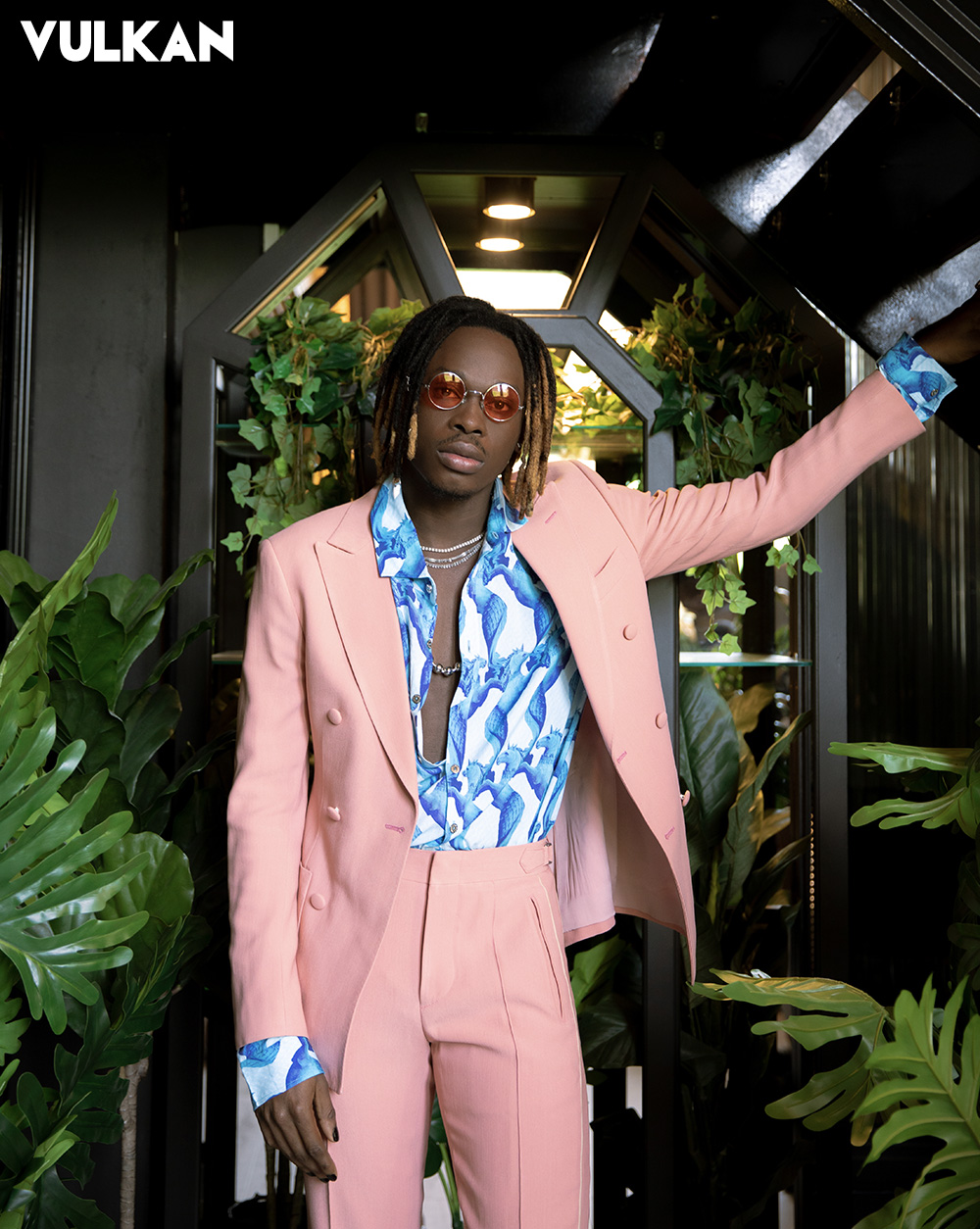 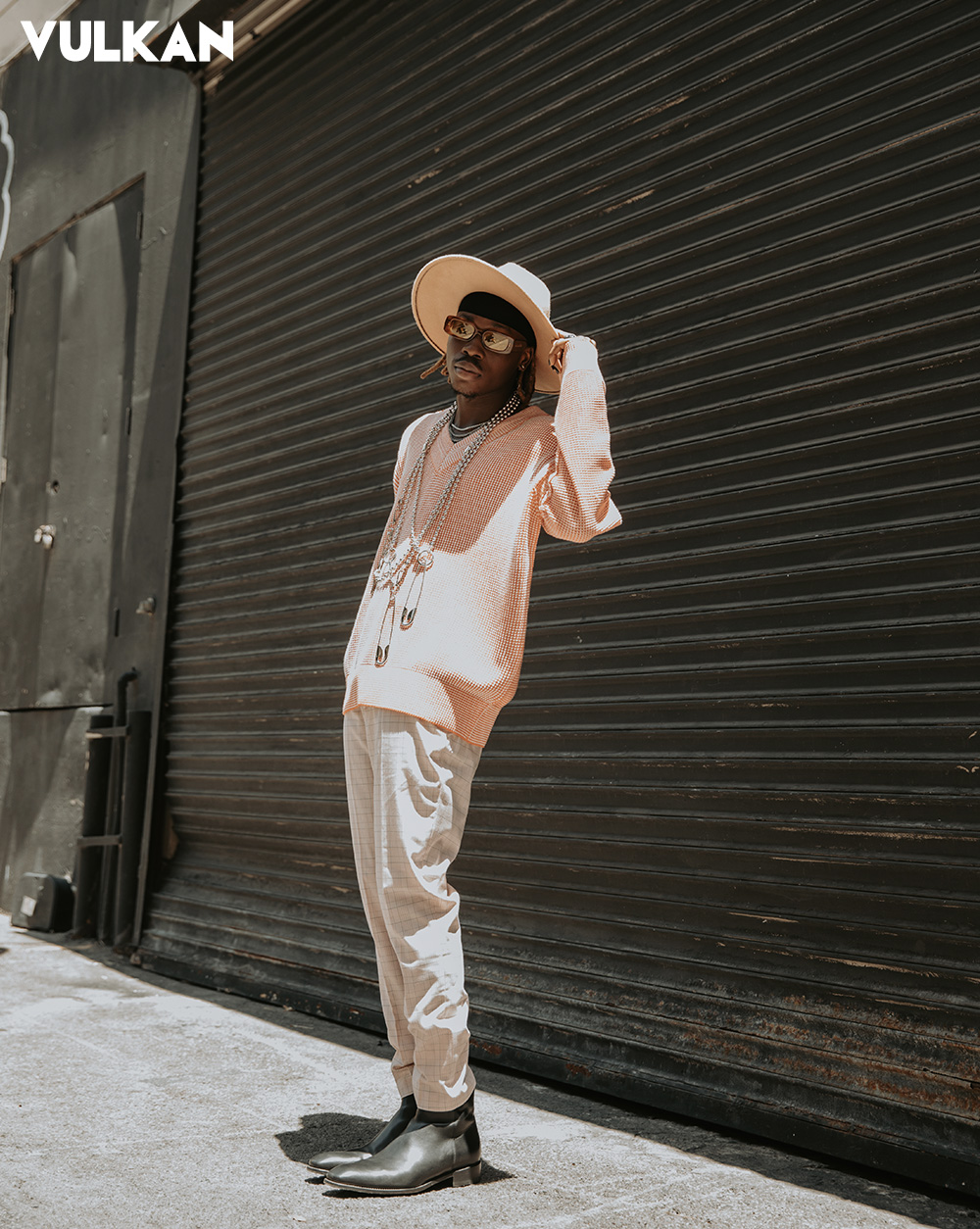 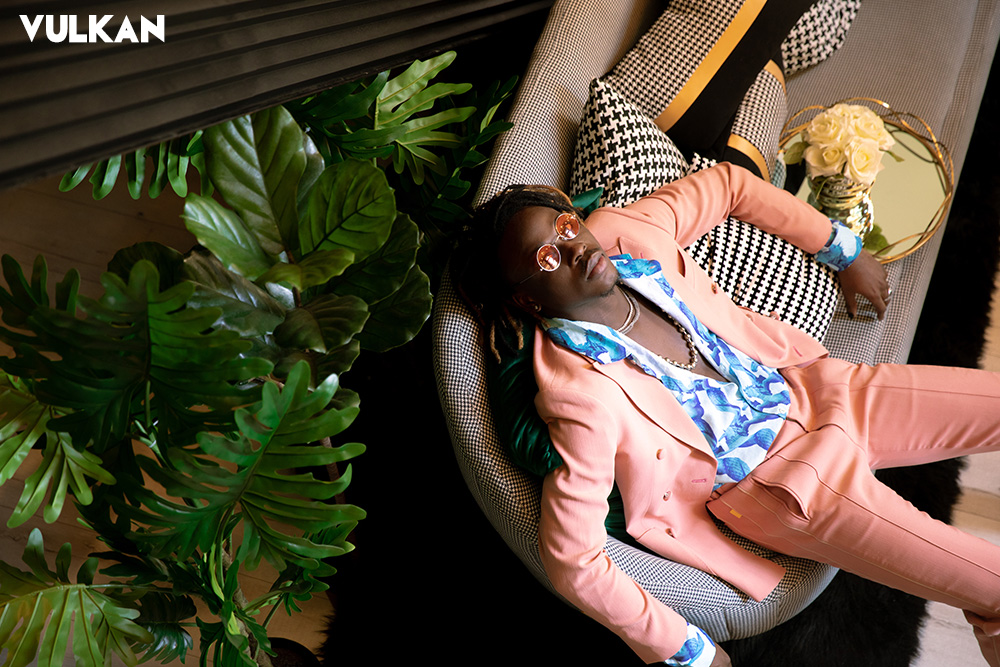 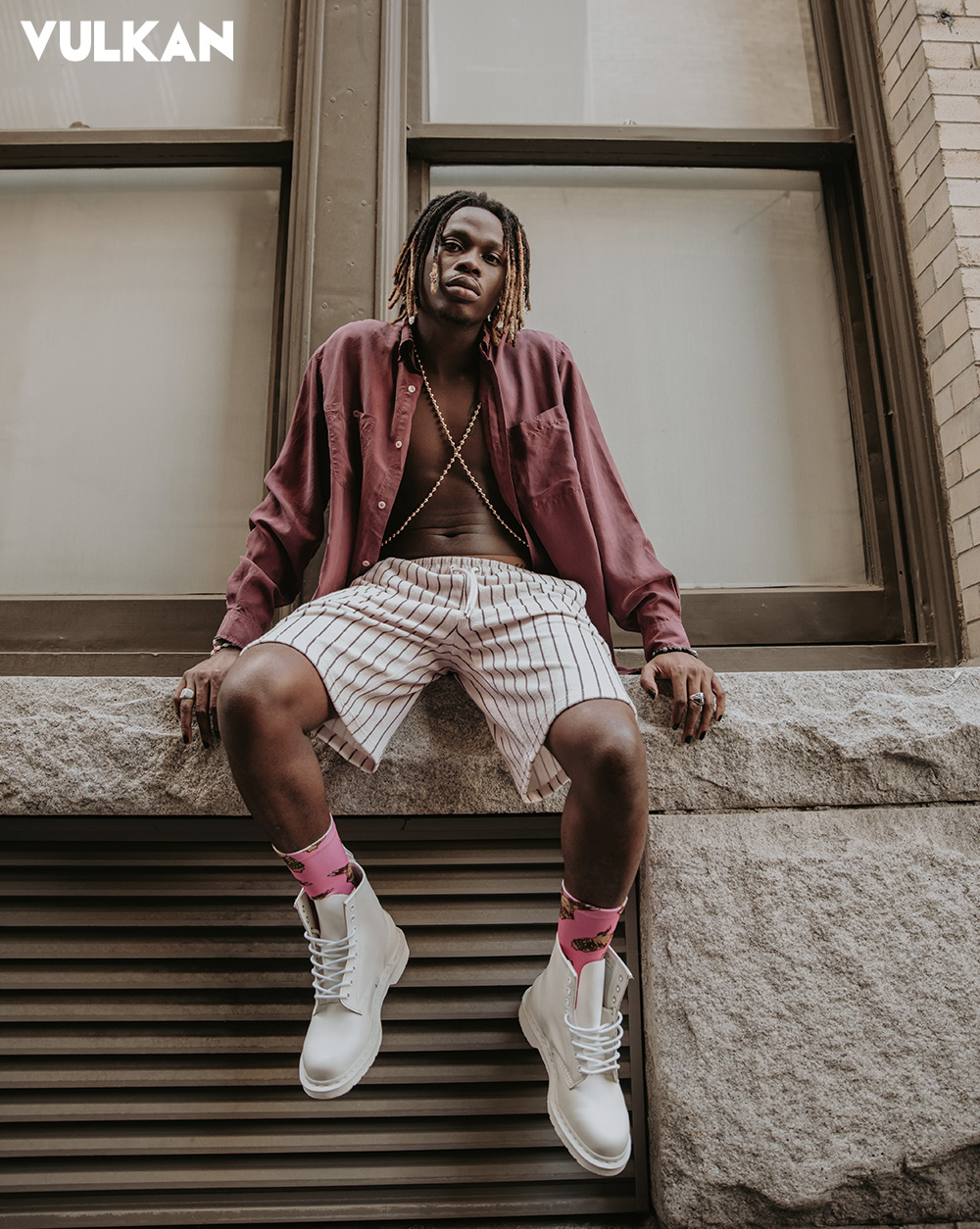 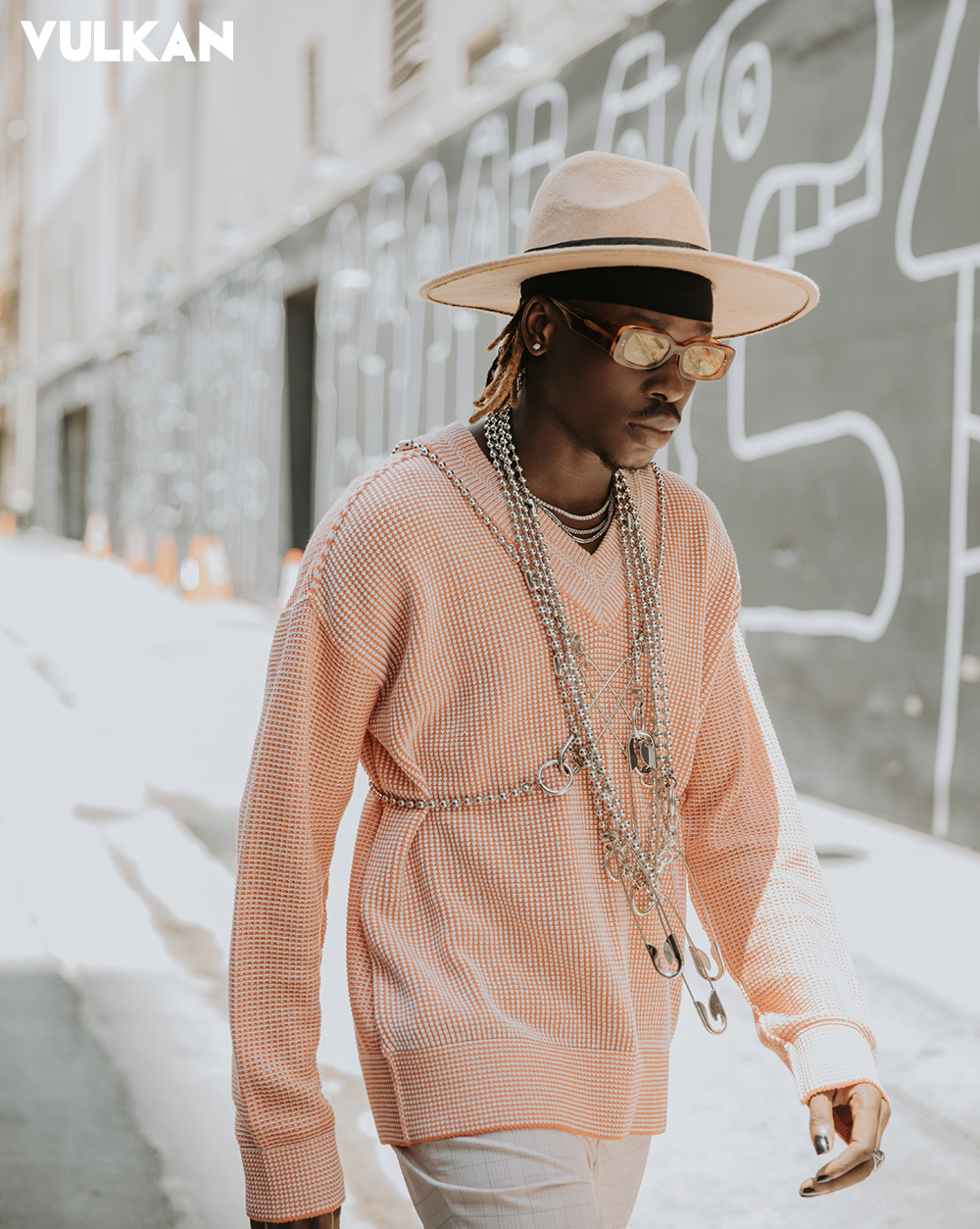 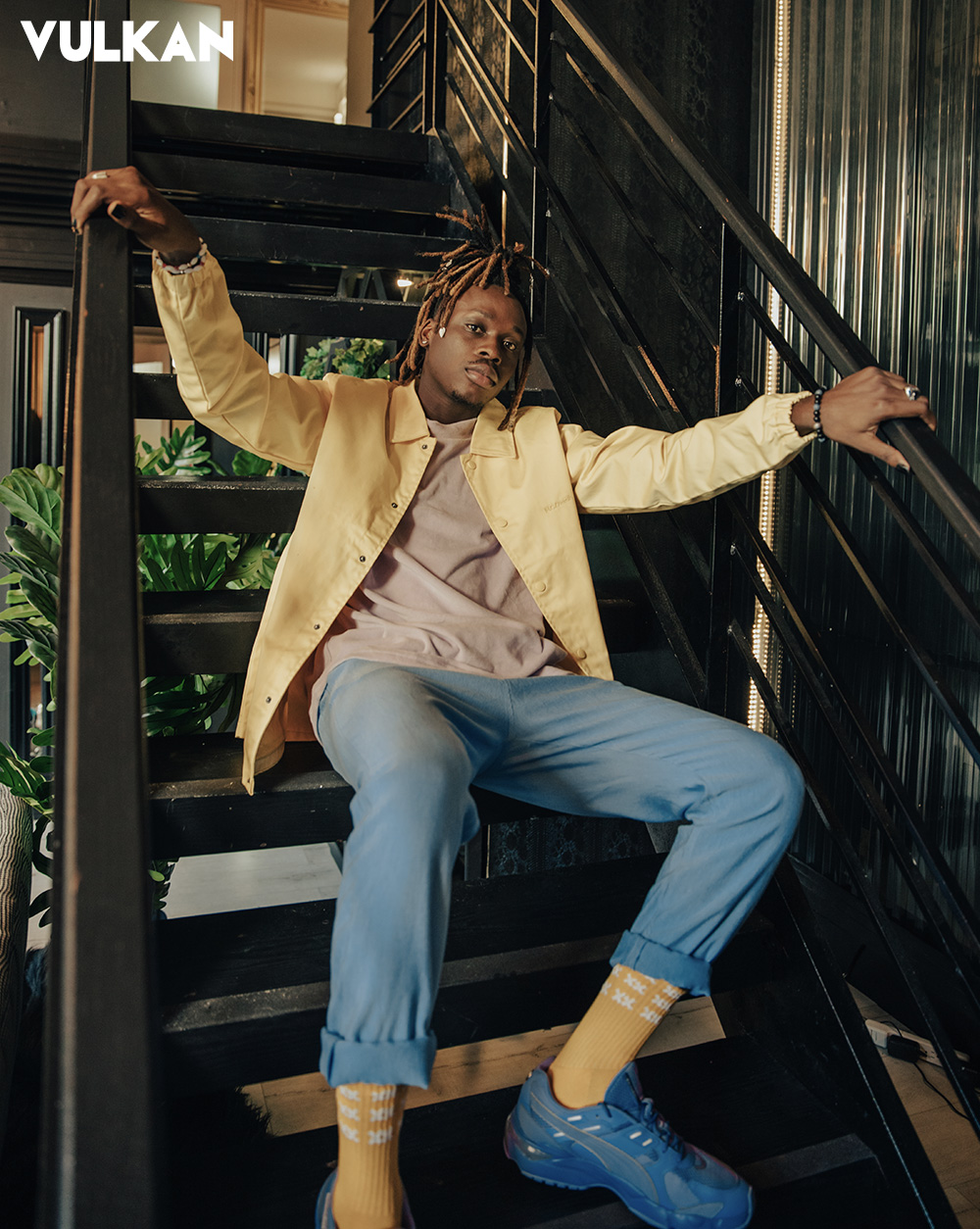 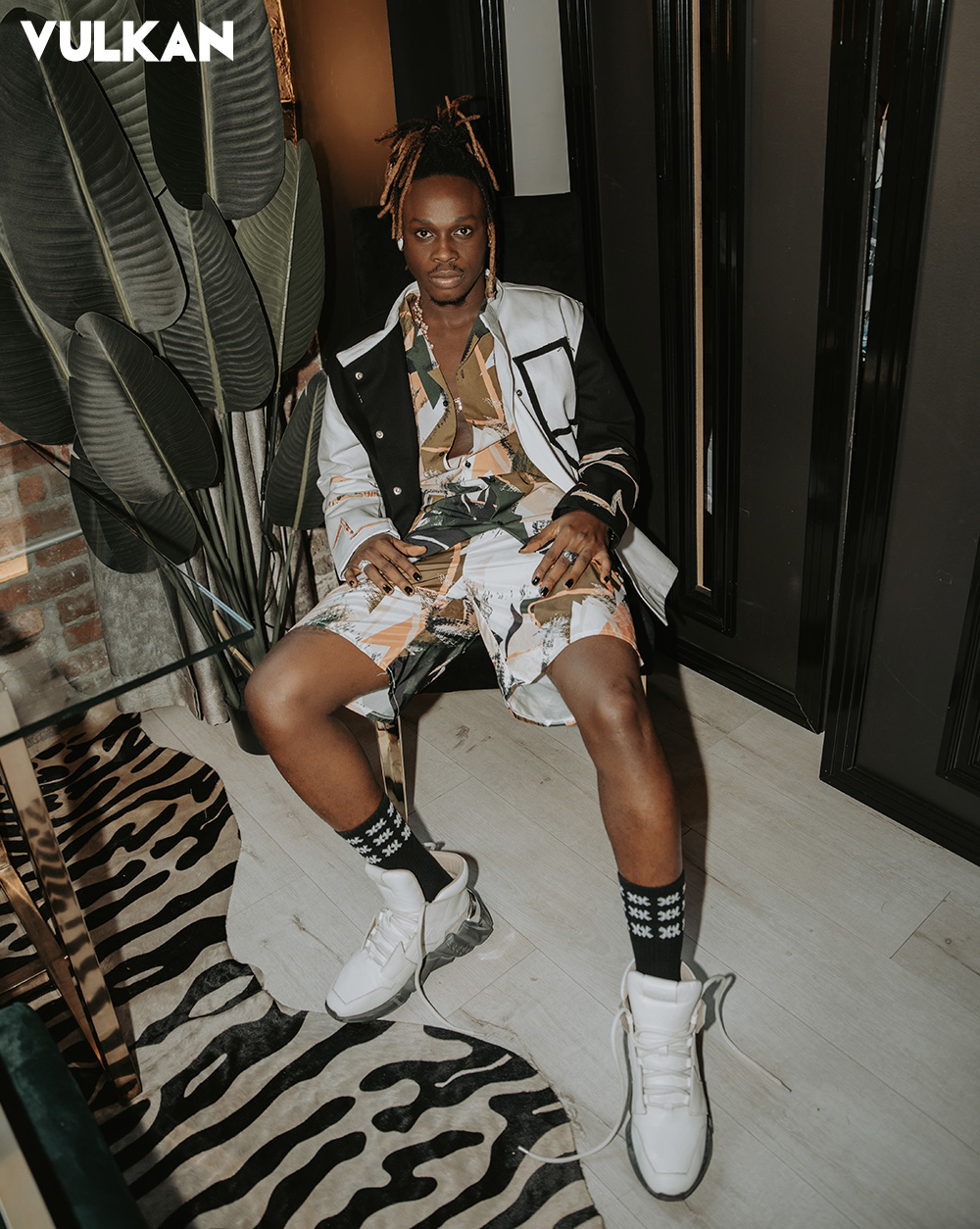 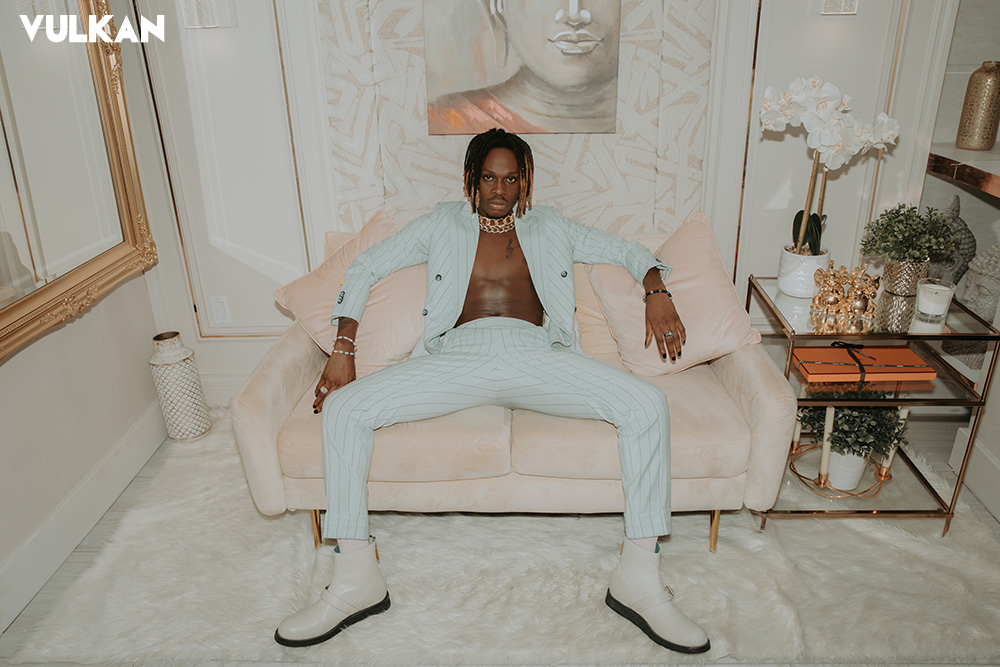 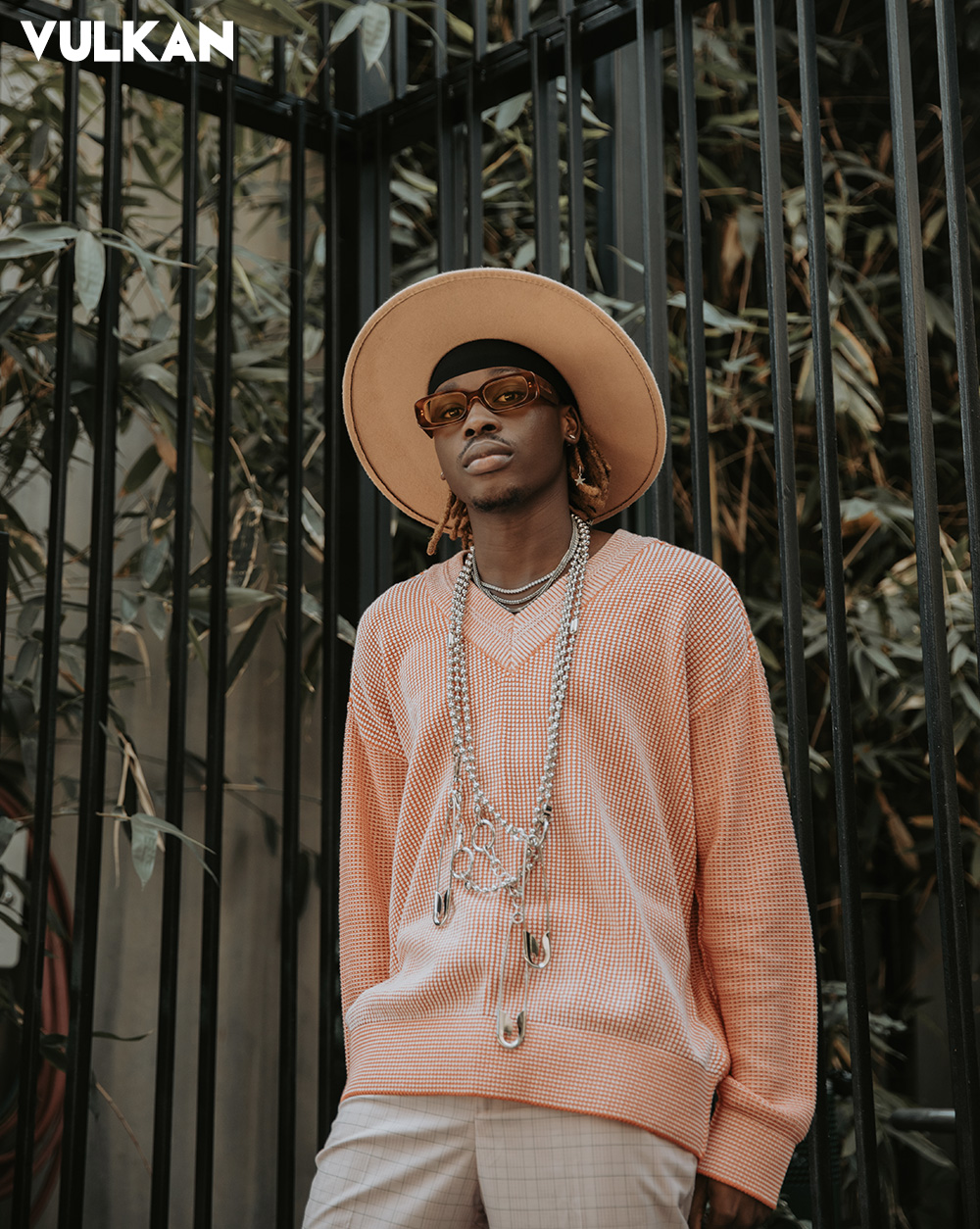 Fireboy DML As His Heart Fills With Fire and Song

Growing up, all we are really trying to do is figure out who we are and what we want for ourselves. Sometimes we work towards a career and sometimes, what we are meant to become comes to us just as fate would have it. For the talented Nigerian artist, Fireboy DML, his purpose would come to him in time. You see, born into a family that wasn’t very much into music, the caring first born son educated himself by listening to pop, Afrobeats,  R&B, a lot of Elton John, a lot of Celine Dion, a lot of acapella. “My life was probably going to end up as a regular guy’s life until I found myself in the studio one day and made my first song,” he opened up. “Since then it’s been music for me.”

The young artist was living both in the books and in the studio. Having not found his own sound yet, the one thing he knew at that time was that he could and wanted to make music. In 2017, he finished school and moved to Lagos where his life would fully awaken. As Fireboy DML explained, “Lagos is that city that never sleeps. There’s so much energy in that city. That’s where I found my sense of artwork.” And that is where it all truly took off.

Constantly pushing to find his sound, in 2018 he was signed by Olamide and in “2019 I blew up officially,” he shared laughingly. He dropped his first official single, “Jealous,” followed up with “What Should I Say,” “King”, and then dropped his debut album “Laughter, Tears, & Goosebumps.” And what an amazing album that is… “ I had just gotten into the industry and everybody else was dropping EPs and singles and I just wanted to do something different and come in with a big bang,” shared Fireboy DML.

Just being introduced to fame at that time, surrounded by so many people and constantly on the go, the inspiration was flowing through him. His stomach filled with butterflies, he made music for five days surrounded by family, the Apollo crew. From that burst of love and happiness “Laughter, Tears, & Goosebumps” was created. “It was so organic, so full of family, it wasn’t an official label thing, it was just family,”  he added looking back. “We picked the songs over dinner, that’s how amazing the energy was.” There is no doubt that he was exactly where he was meant to be… Making music…

“Why music? Because music gives me purpose. It gives me a sense of direction that I did not have,” opened up the passionate artist. “You know, I thought I had everything figured out. I’ve always been a serious person, serious minded and all that but I didn’t have a sense of direction. I didn’t have a purpose and music gives me that.“ Did you feel the chills running through your spine too? If you are reading this, take a moment to breathe in and ask yourself, what fills your heart with fire the way music does for Fireboy DML?

Excited to be part of the rise of Afrobeats music, he carried himself with much humbleness as we discussed his role in leading the wave of Afrobeats in the States. “We’re all doing a great job. Pioneers, Legends, Senior men, like I like to call them in the industry, and of course the new generation which I represent,” he explained. Feeling honored that his generation is playing a huge part in the uphill climb of this genre, Afrobeats means more than a musical style to the young artist. “Afrobeats is history, it represents where I’m from, it represents my culture, my home, my happy place.” Knowing who he is and where he comes from is a blessing which translates through Afrobeats, “ it’s culture, it brings a lot of people together, it’s got so many components,” he said with a beaming smile.

This sense of wholeness is what guides the artist. While creating music, an important lesson Fireboy DML has learned is that the most important thing you have to do is pour your soul into it. “Music is a generous lover, music doesn’t want any side hustle or anything taking away from it,” he explained. “Just put everything you have into it and it will give you back wonderful things.”

Throughout this process, working on the lyrics comes first. After all, Fireboy DML finds himself bringing more of this to Afrobeats music, something we have not seen for a few years.  Melding it with the melody, the ultimate goal is to produce songs that allow him to connect with his audience on a much deeper level. “Speaking to people’s souls from your own perspective and letting them feel like you’re there with them, sitting them down, singing to them, giving them those words and what not. That’s what inspires my writing,” he said with love.

And the meaning of soul goes even deeper for the tender artist. “Soul to me is the essence of a being. It’s the real us beneath the facade of everything, of our personalities, our parents.” To him, it’s the soul that tells the brain what to do which then tells our body what to do… After all, most times we feel something before tackling the logical side of it, hence the soul speaking… A little something to think about as we make our way through life. We should embrace our soul rather than silence it!

Connecting with people through music, soul, and passion, fashion is also another way for him to show us who he truly is and what he feels. “I’m an afrobeat artist that is laid back, quirky, has sexual, sensual energy around him, that’s what my brand represents. Young and full of life but deep down an old soul,” he described. He lets his fashion speak— no scream— for him. Another outlet he is excited to work on and showcase!

Fireboy DML is not only a very talented artist, he is a soulful one who goes beyond simply putting out music. Showing who he is through different ways all the while holding onto his roots, every lyric, every melody, every side of him will touch your heart in a different way. Currently working on an album like nothing he has done before, he is in his  “get out of your shell” phase. A tour on the horizon, merchandise coming out, and hoping that by the grace of God things open so he can connect with his fans, this old soul is rising up. “ I want to experience more people and experience more things,” he ended with. “To open up myself and be more adventurous with things so that’s what my new album is going to represent.”