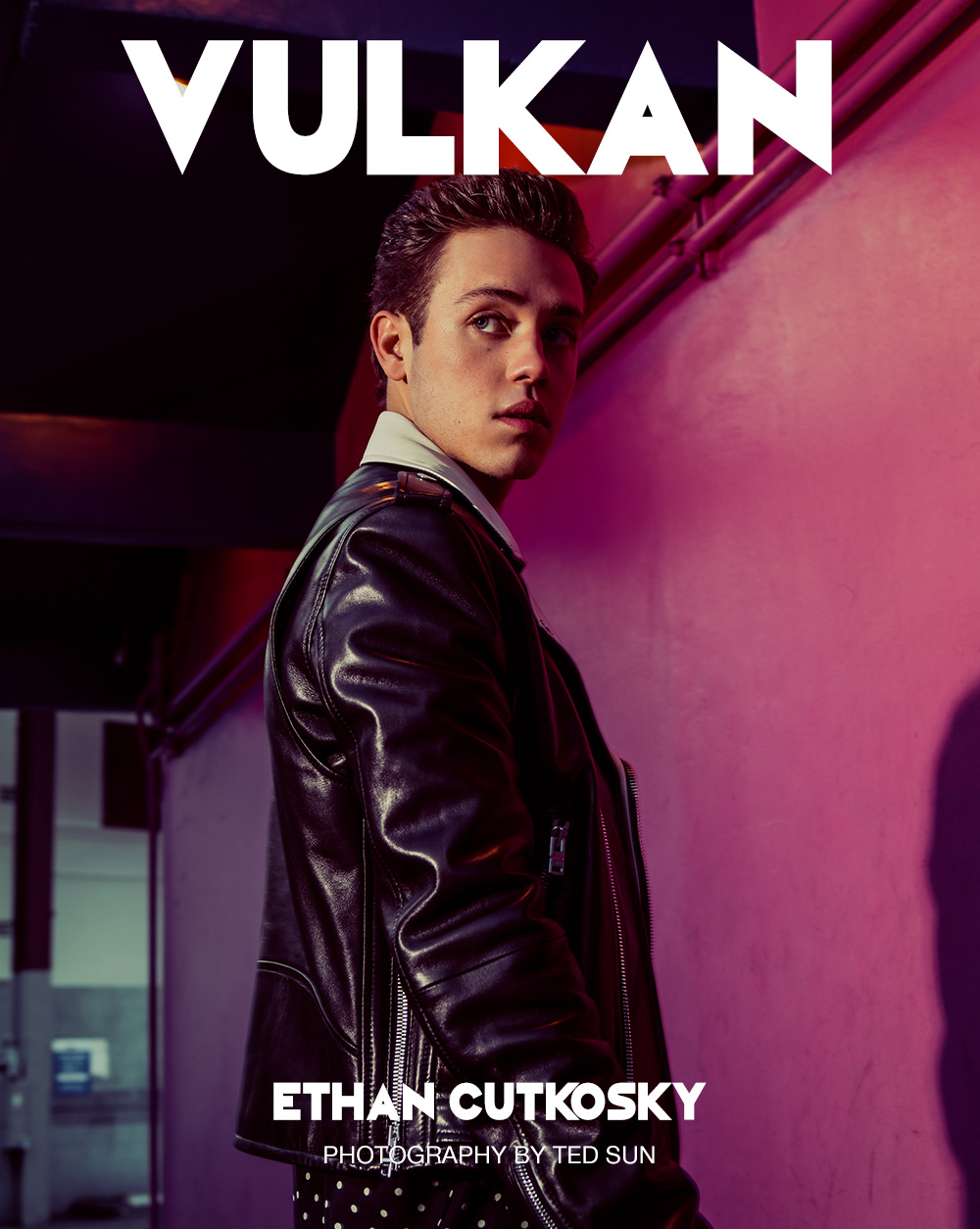 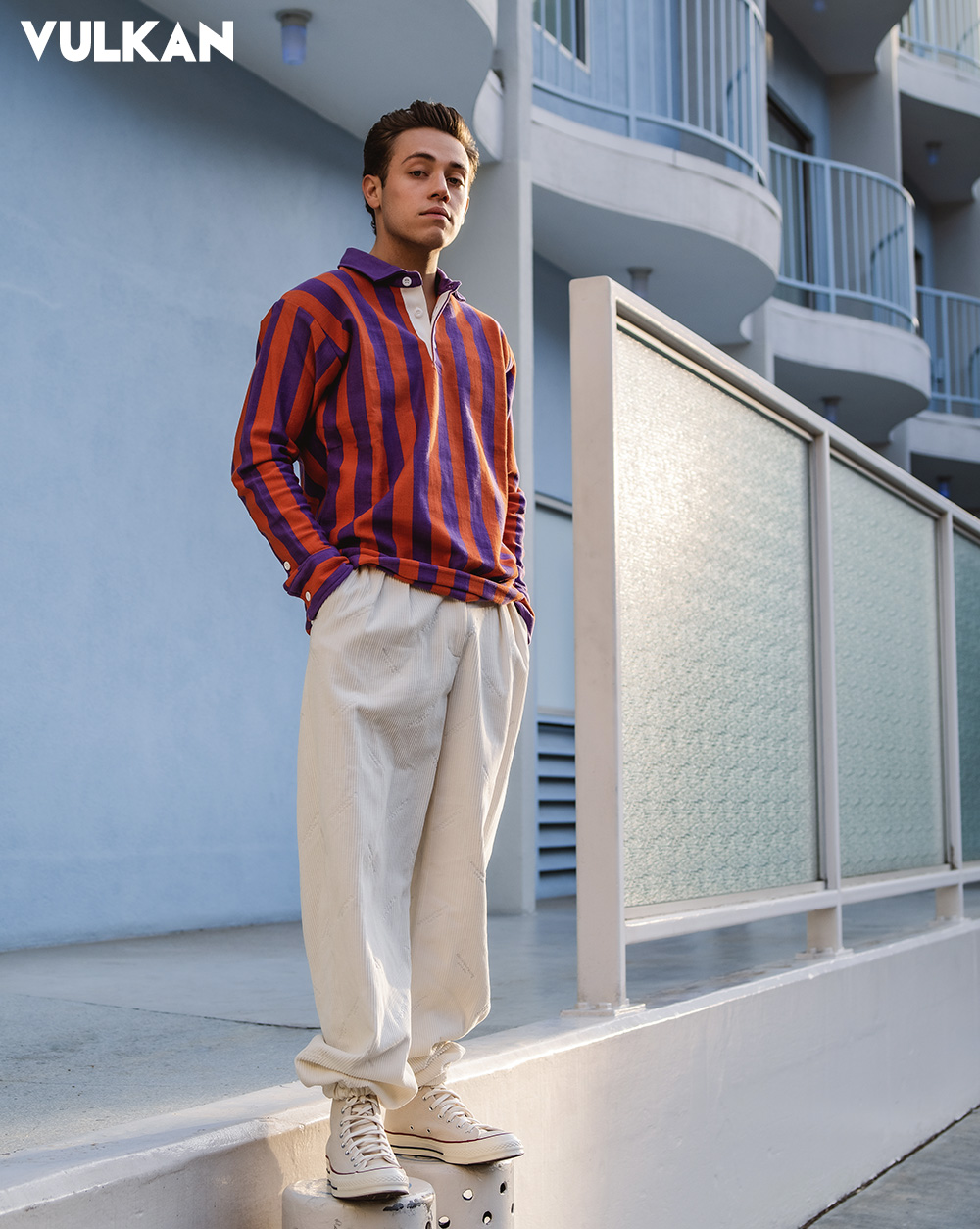 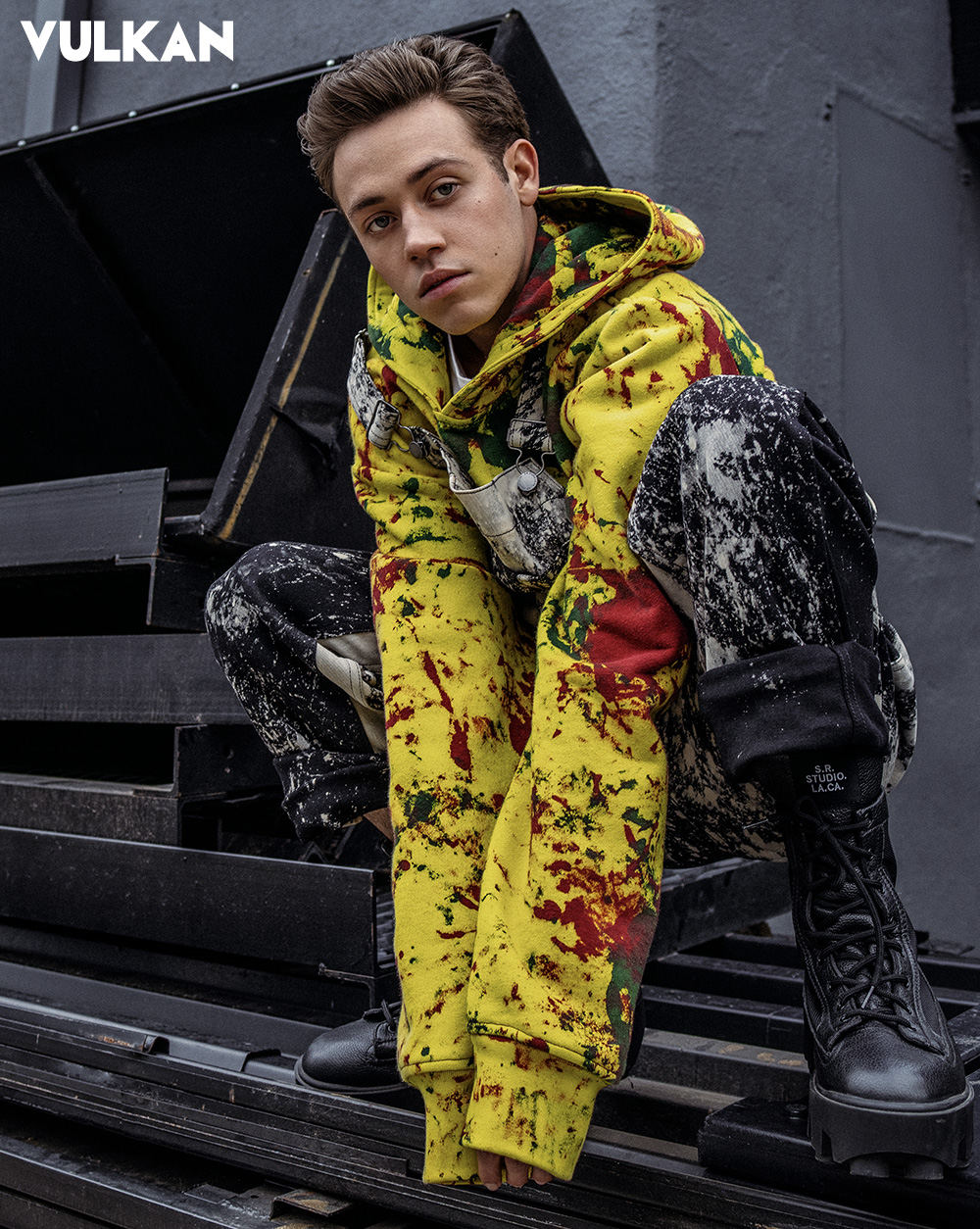 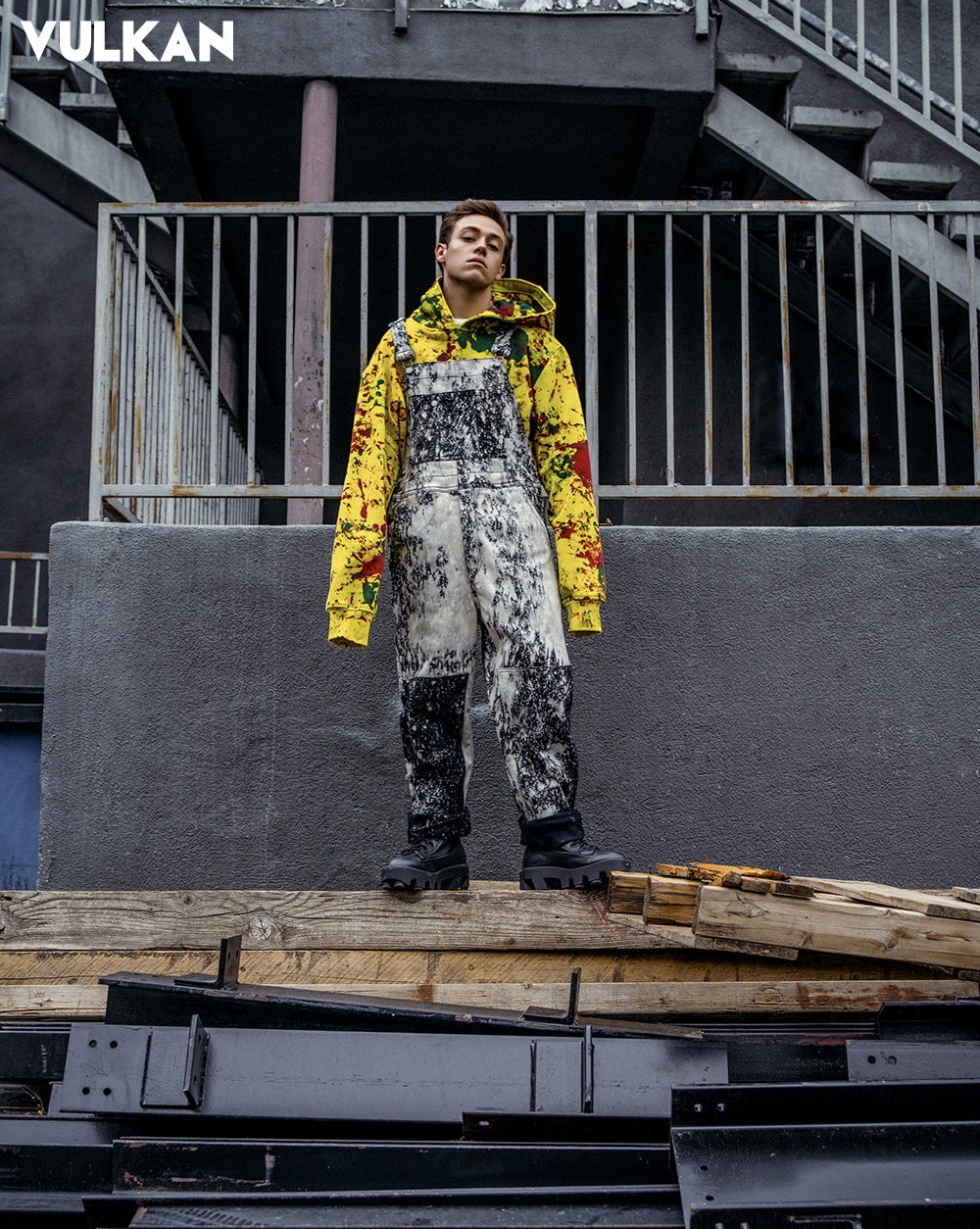 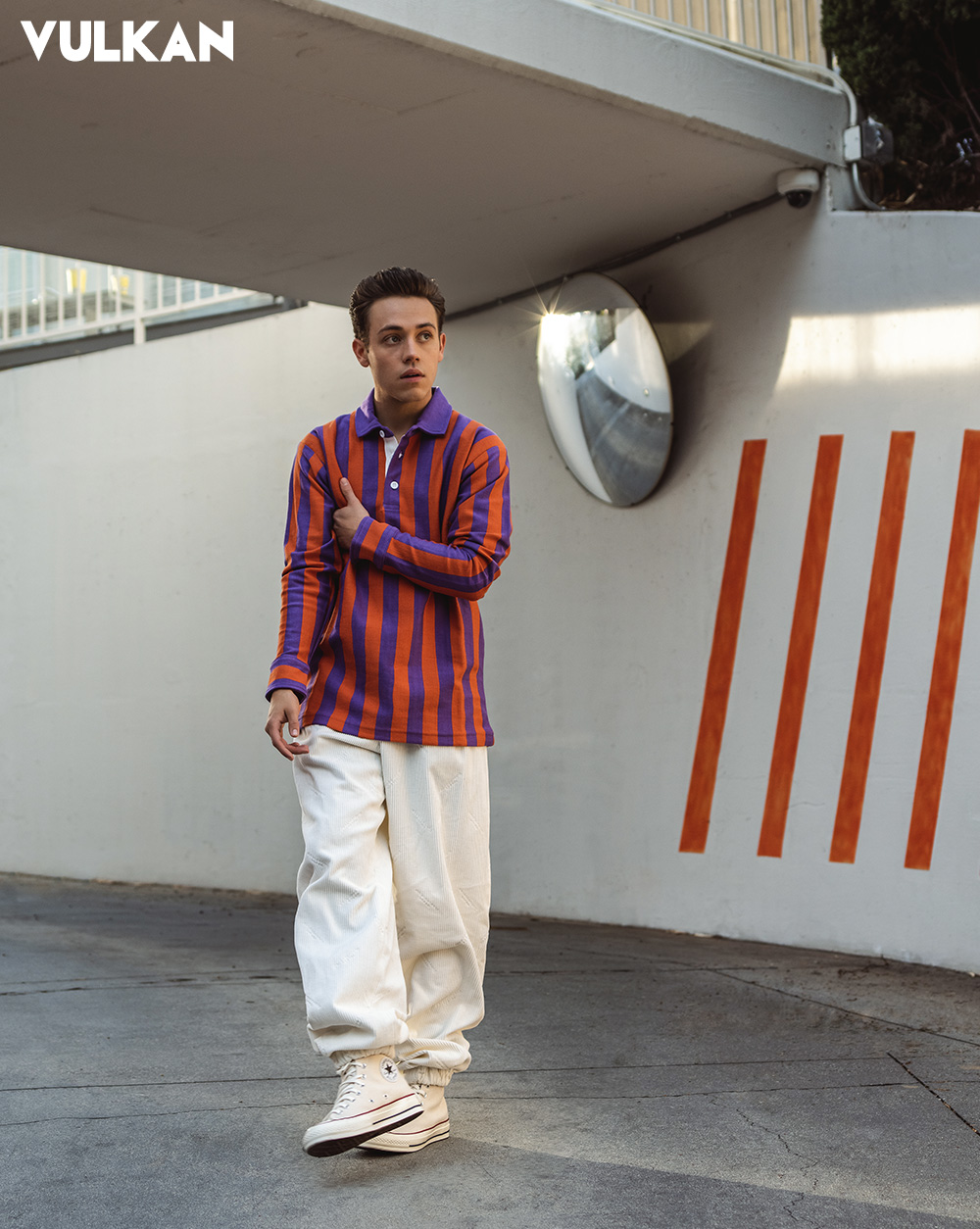 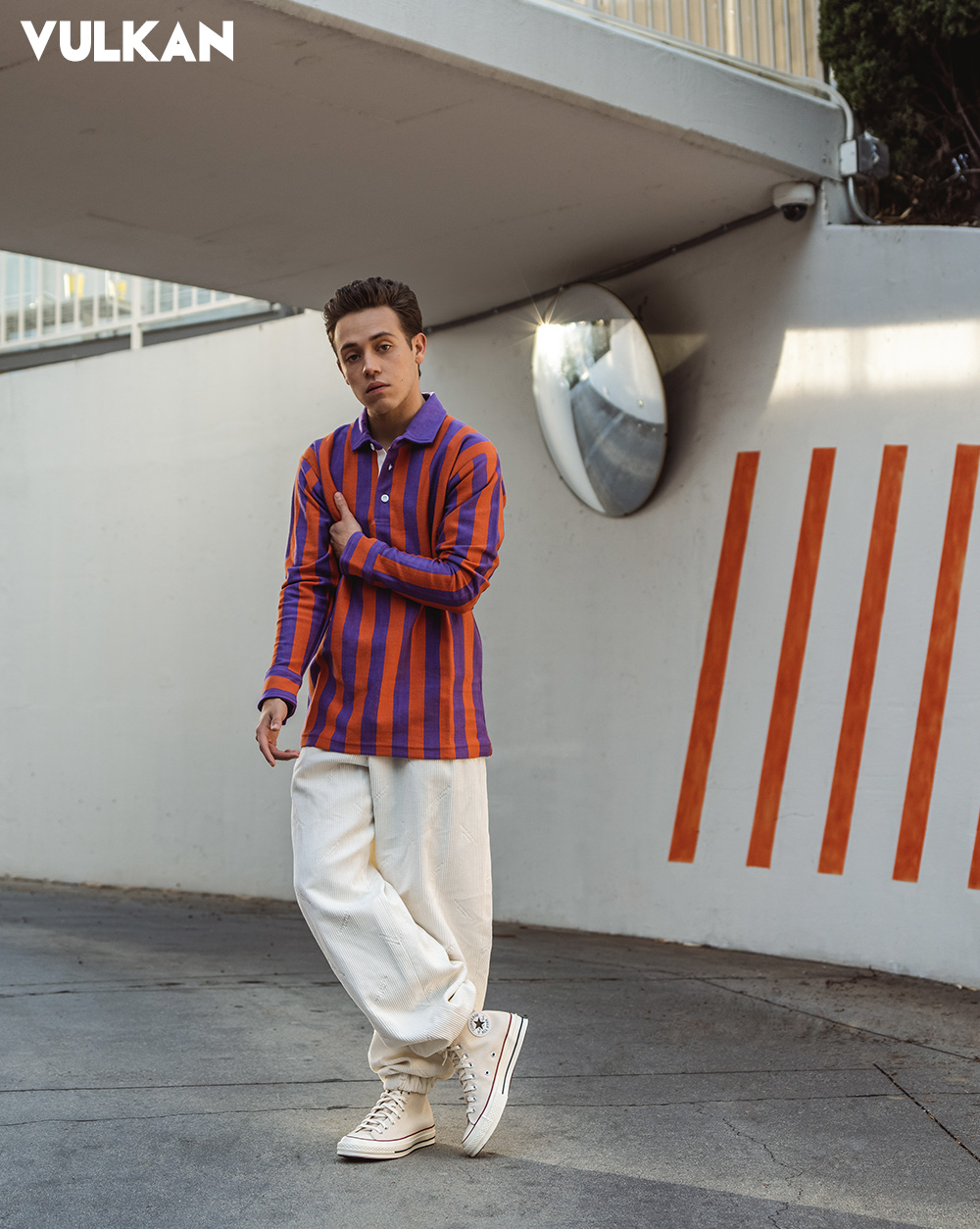 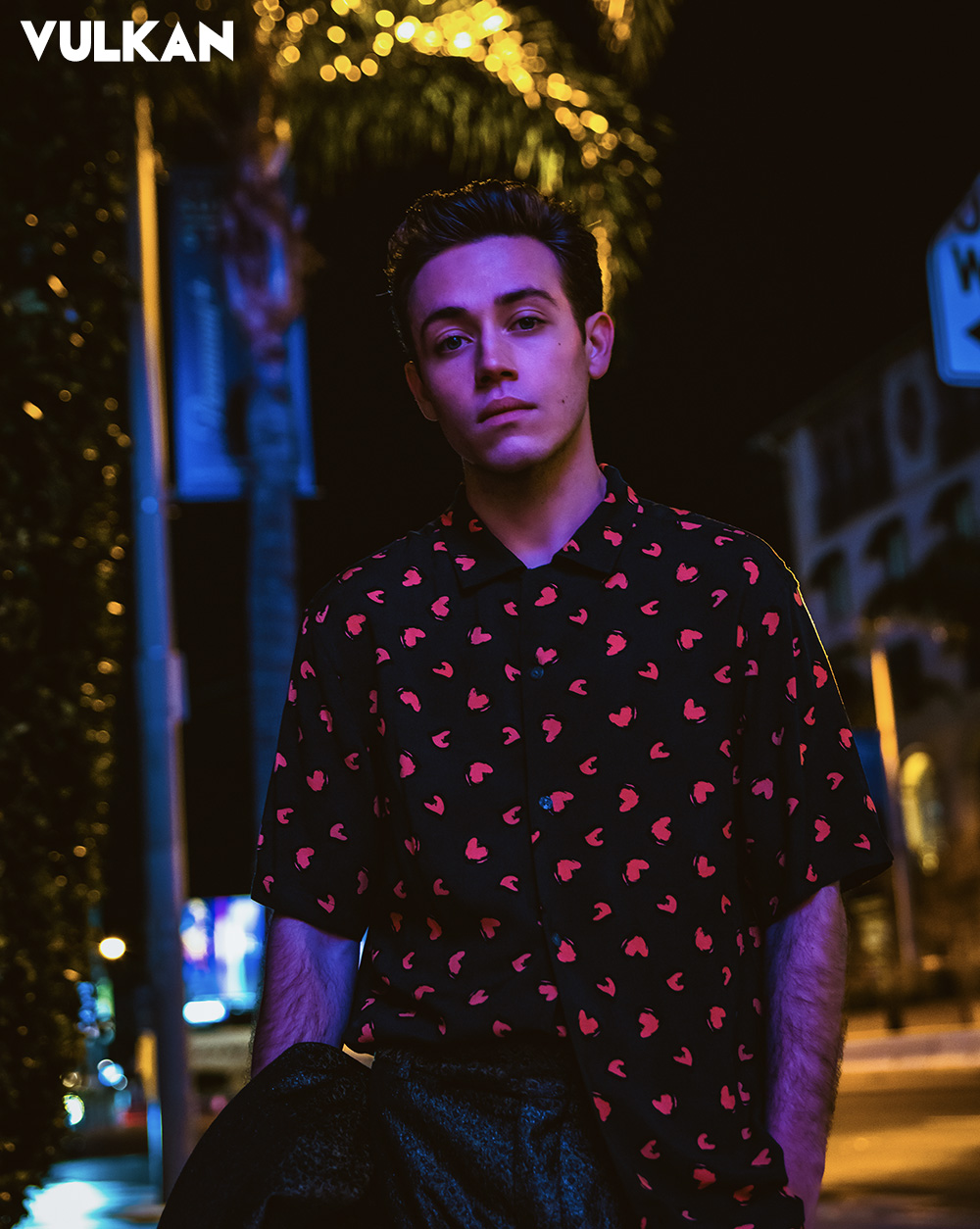 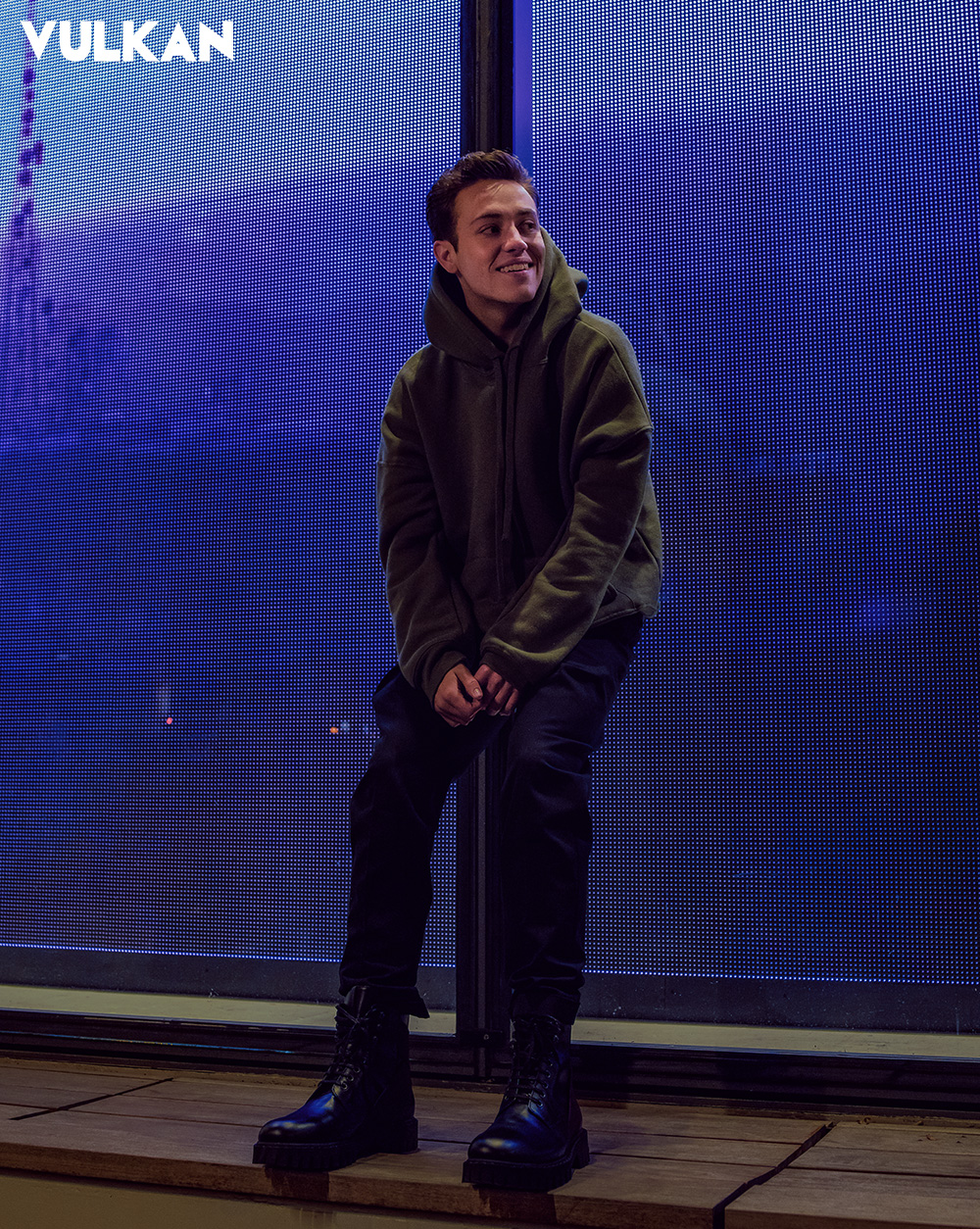 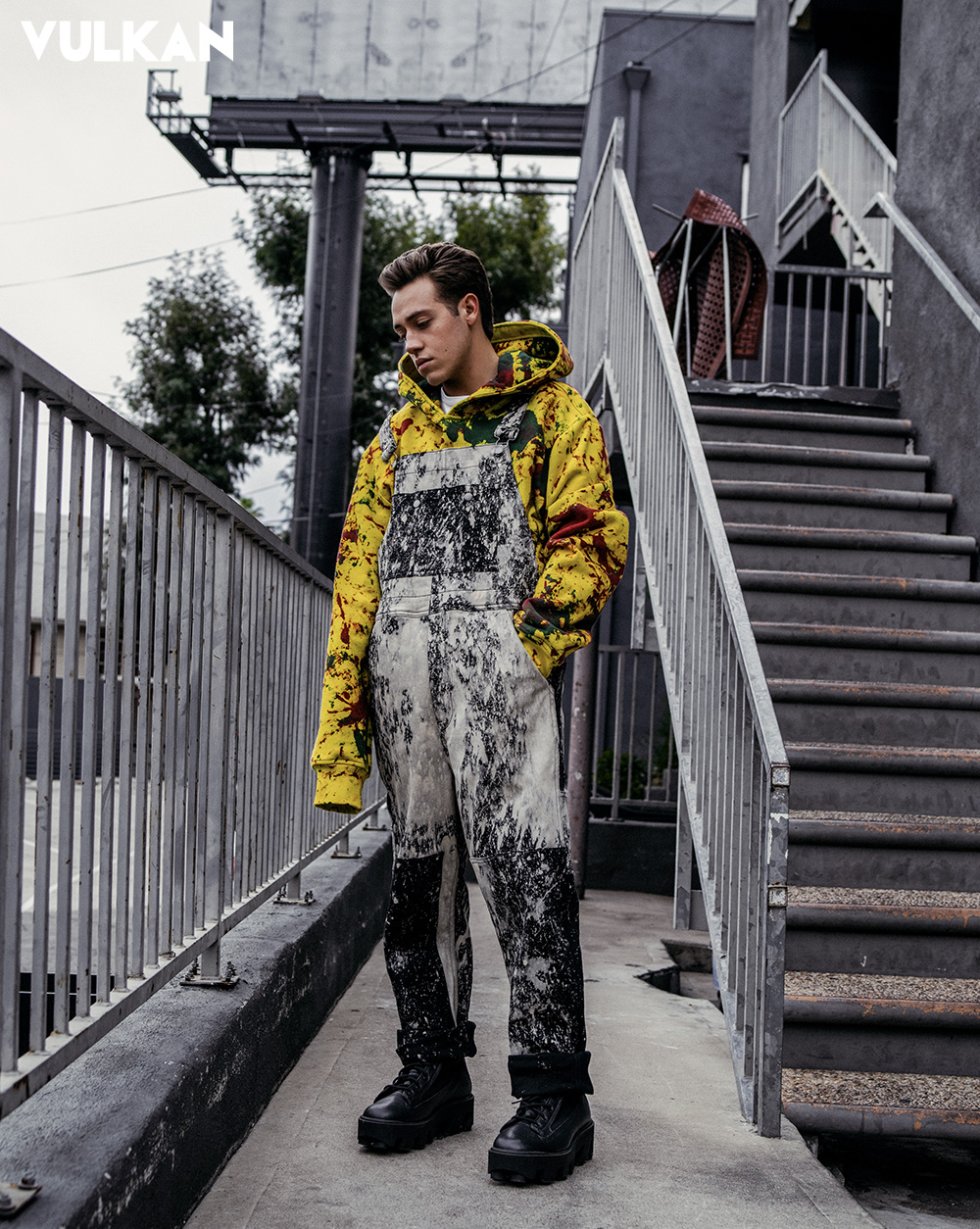 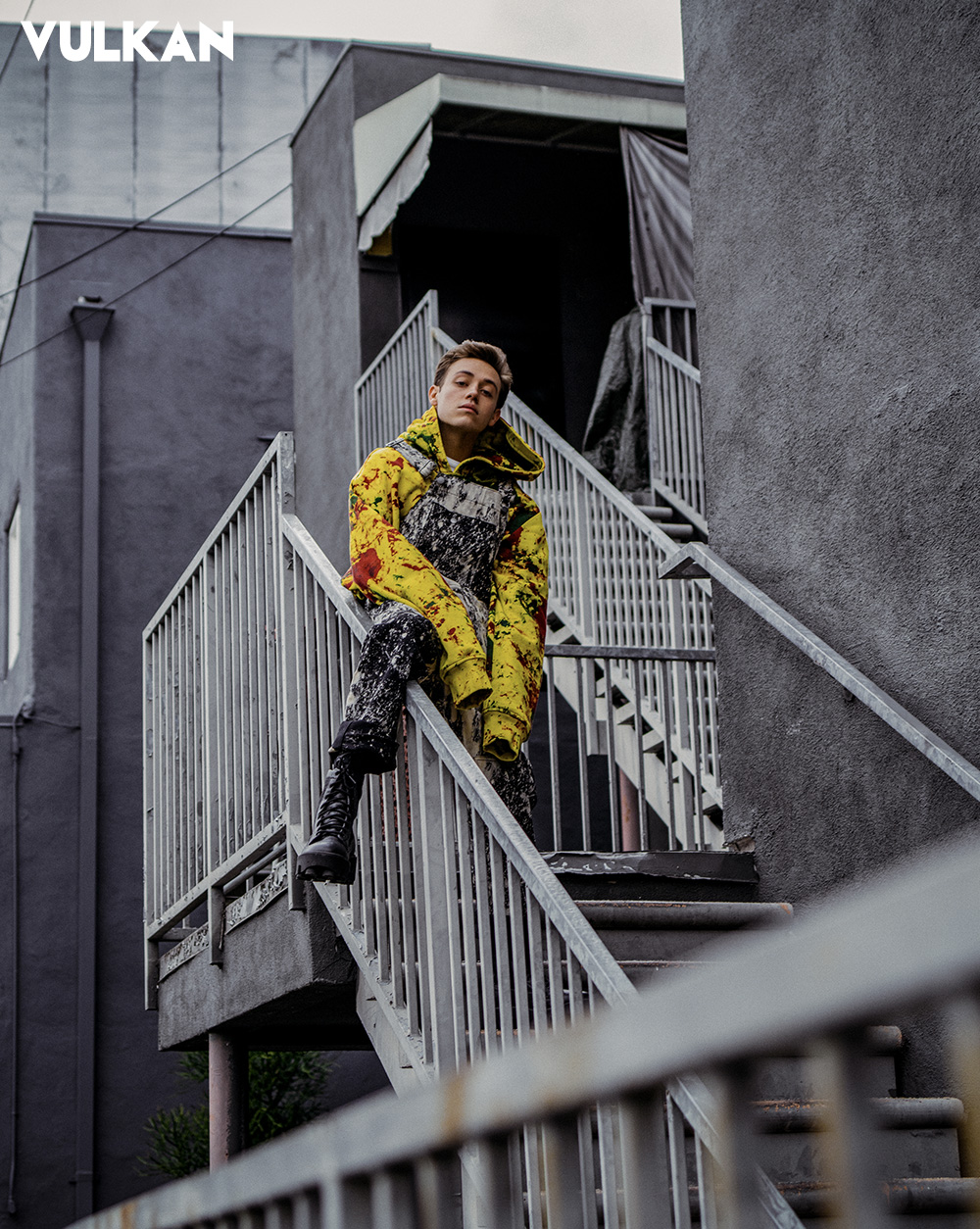 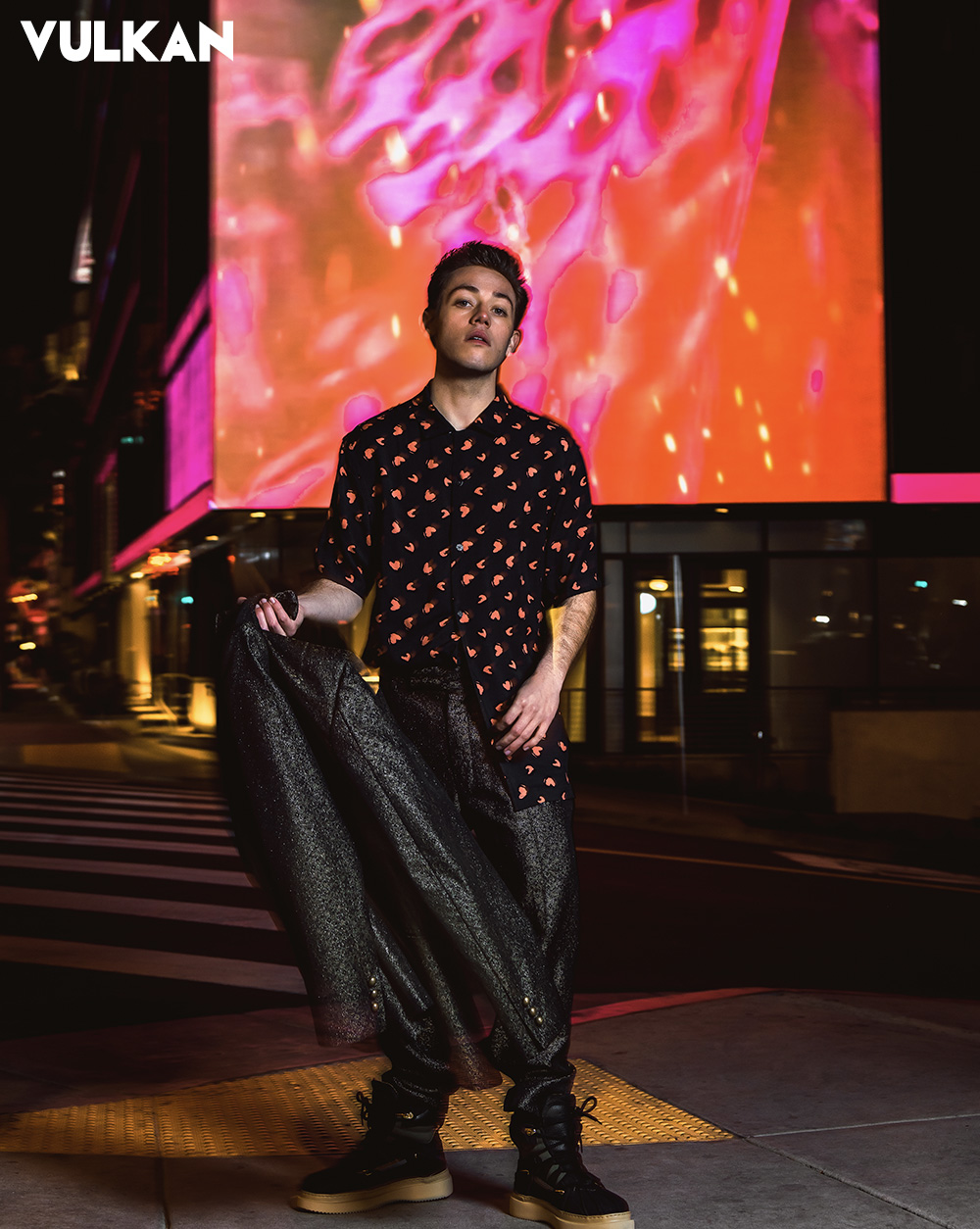 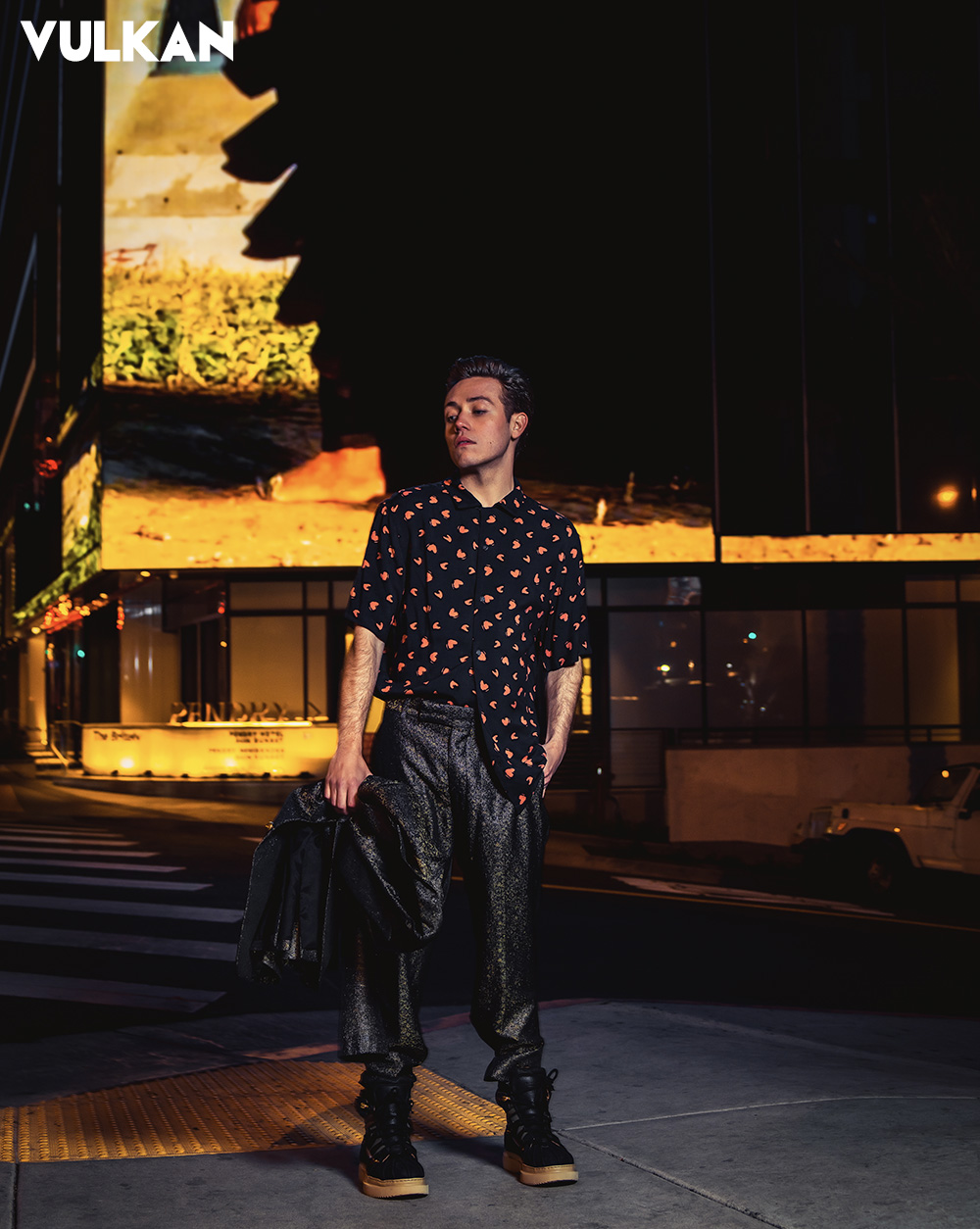 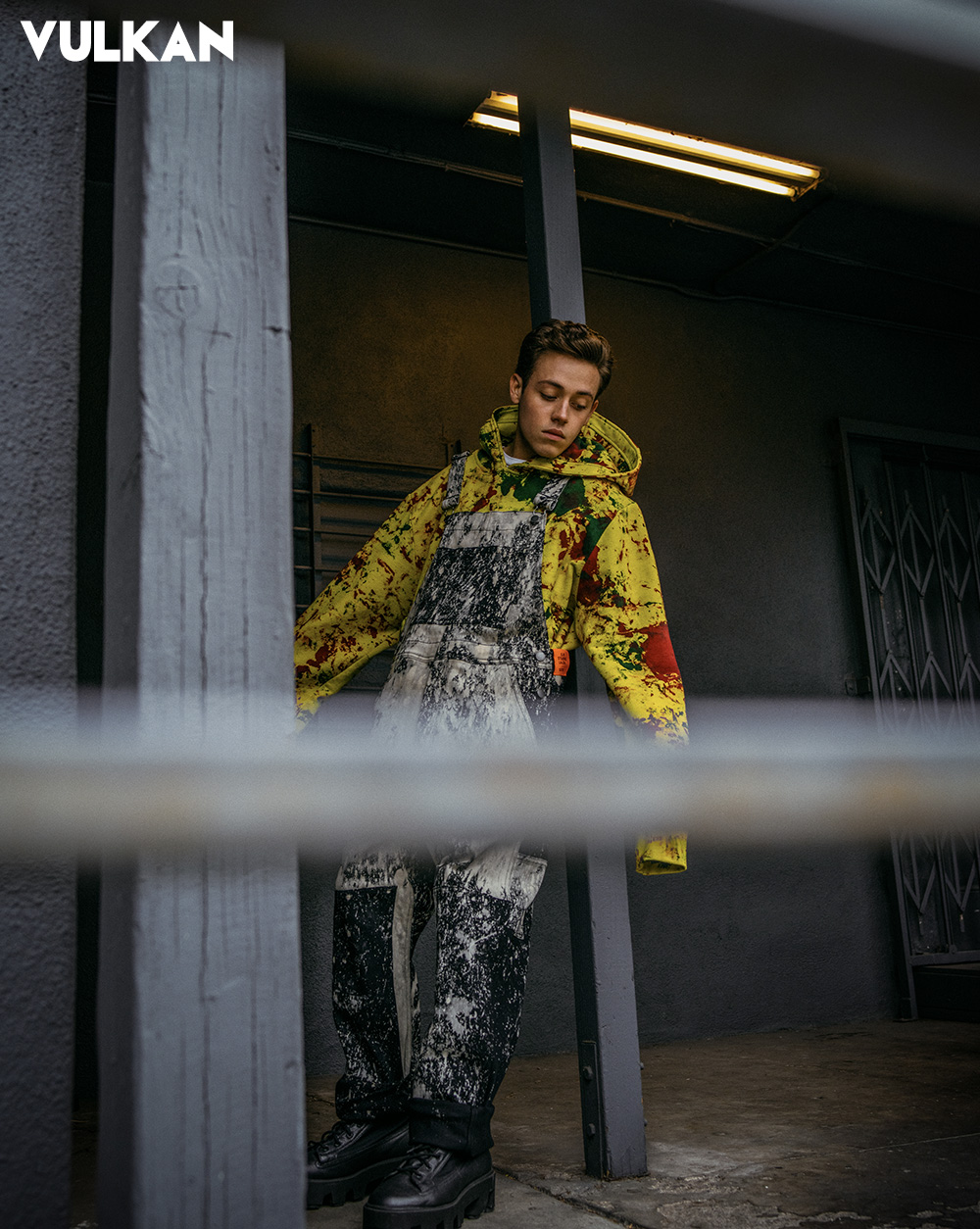 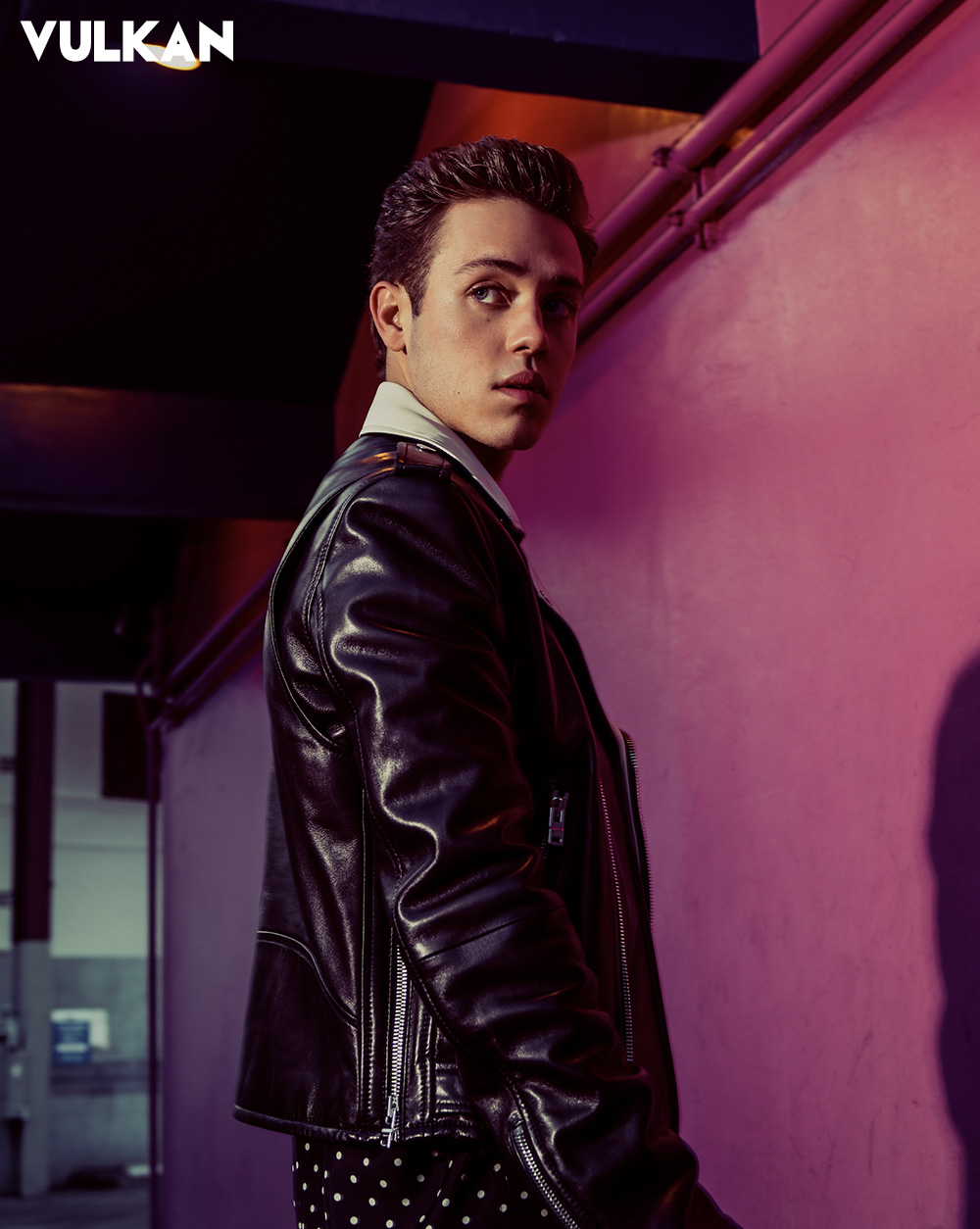 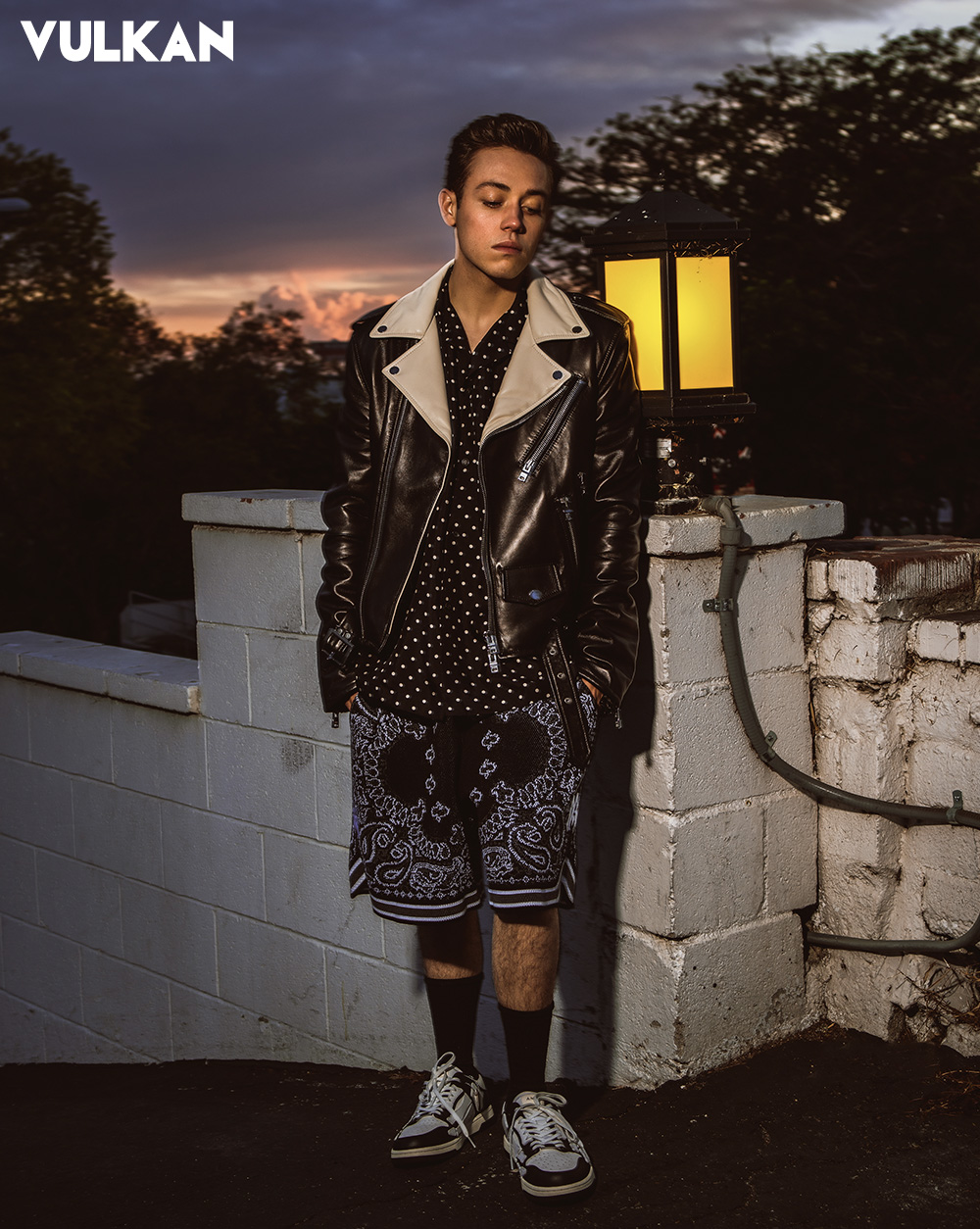 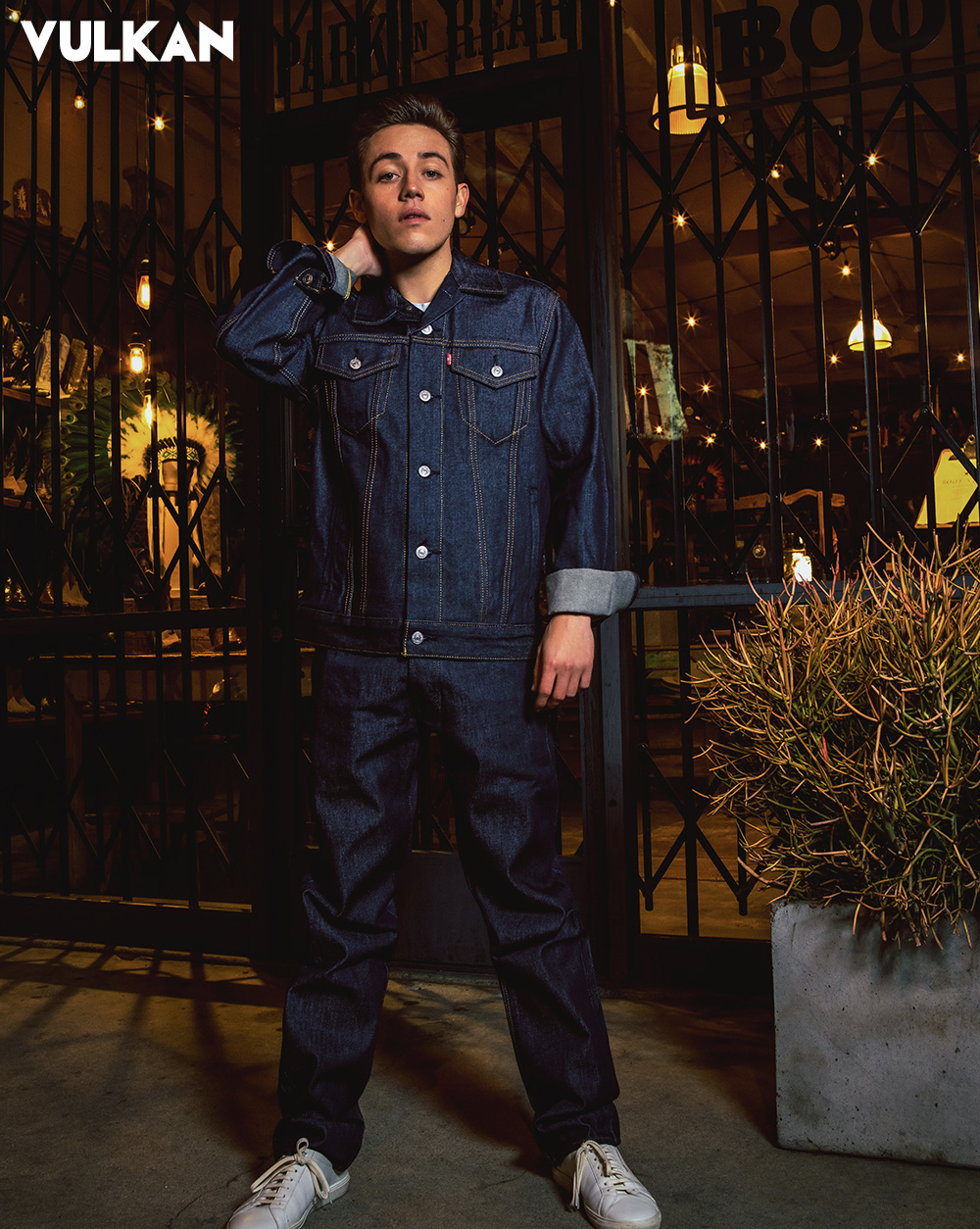 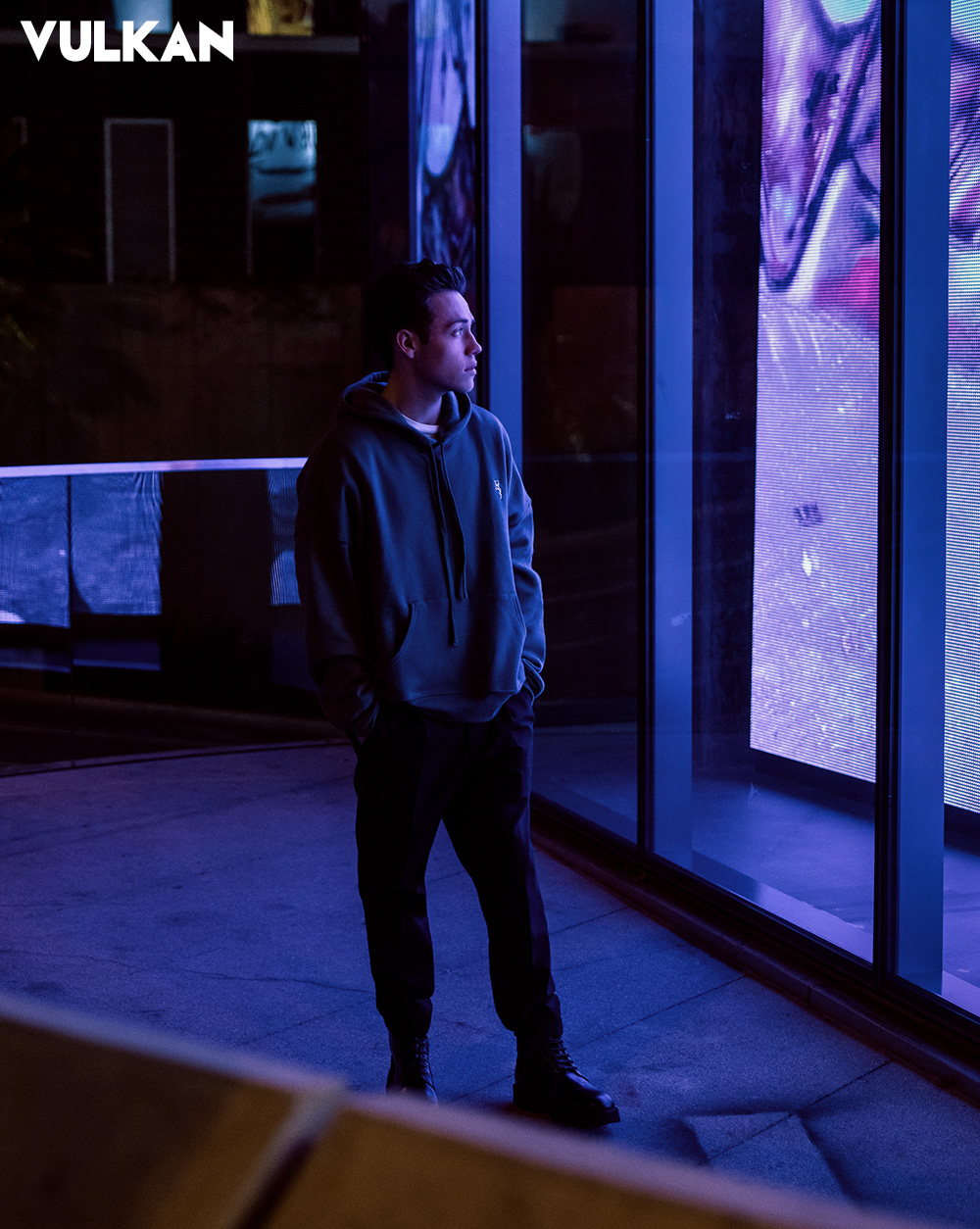 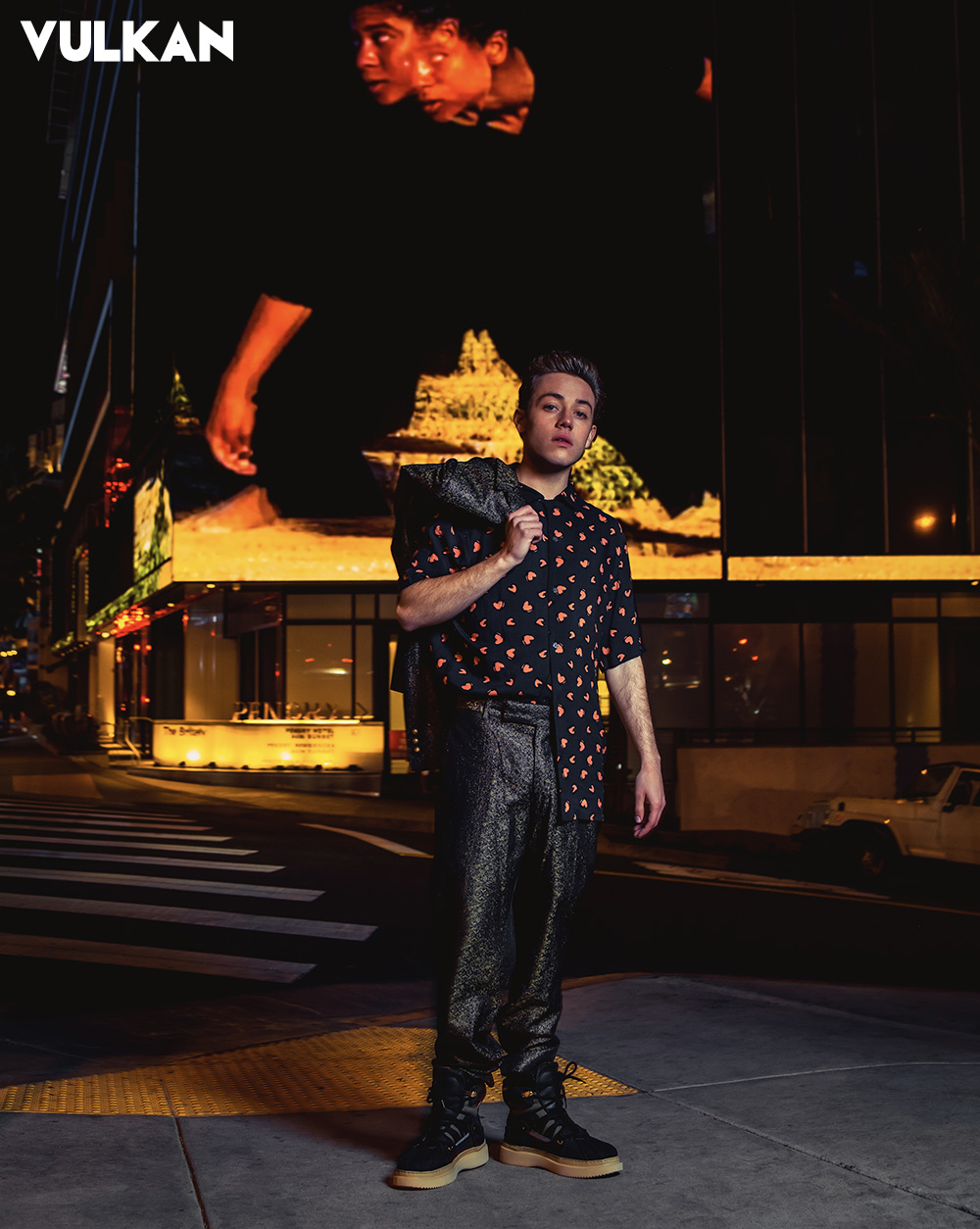 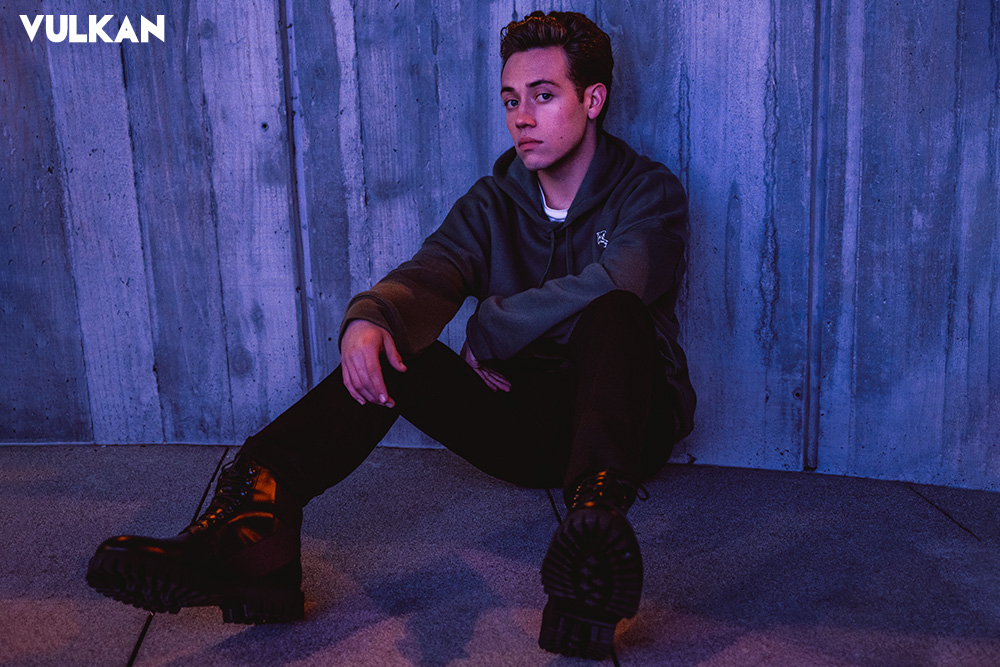 Before Ethan Cutkosky became the infamous Carl Gallagher on SHAMELESS, he was just a young hyper boy from Chicago who would go to auditions with his mom to stay active. The train ride to downtown Chicago became the hub of “Mommy and Son Time,” as the two of them found different auditions everywhere. “I enjoyed being around cameras, talking to people, so that is really how it started,” he shared. And little did he know things were going to kick off a lot quicker than expected! In the second grade, he starred in the film “The Unborn,” which was fun and easy to handle for his parents.

You see, once he was born, his mom became a full-time mom and his dad is a computer engineer… Nothing to do with the entertainment industry and yet they have been the most supportive throughout the whole process…well, kind of. Ethan was offered to be flown out for an audition to which his mother agreed because, in all honesty, she didn’t think he would land the role. A few days after the audition, Ethan’s mom received a phone call from someone asking for his sizes as it was time to shoot the pilot of SHAMELESS…

Total shock. “What are they saying? Um, my son is not shooting a pilot.” As Ethan added laughingly, “my mom was freaking out, crying , and not out of happiness, but more, what did I do?” Luckily, his dad said that he would make the trips out with him and eleven years later, here they are. Over the course of those years, Ethan and his dad would fly back and forth between Los Angeles and Chicago, living a few months here and a few months there. From hotel rooms to Air b n b and more, it was definitely an adventure.

Always supporting their son in what he wanted to do , it was made clear that he could choose to continue, stop, change course, do anything he wanted at any point. Between on set schooling and normal schooling when he was back home, the young actor felt conflicted at times as to what he wanted to do. So, when he was starting High School, he asked John Wells to write him out of the script for a few episodes so he could enter his teen years with his friends…And that is when Carl was sent to military school. Crazy, right? It was also at this time that Ethan started thinking about developing his clothing line…but we’ll get back to that.

Growing up both on and off screen was definitely a whirlwind for Ethan as he tried to find his place in the world both on and off screen. Luckily, he had the support of his real family and set family through all of it. “We were this rambunctious family. We may not have known each other just yet but the energy fit right,” Ethan shared wholeheartedly. “I never had brothers and the second I was around Jeremy and Cameron, I was punching and hitting them and they used to shove me in the trash cans,” he shared looking back. Oh, family.

The crew was also part of this big family as many of the members had been on the set throughout every season! “It is just this good energy to be around and it is happy, humbling, and gives you good hope that there is good work and good people to be around,” Ethan added. All in all, the bonds made on the set of SHAMELESS went beyond a crew and cast ‘ust getting along’. These were bonds forged forever which makes it almost too unreal that they recently shot their final episode!

“It felt kind of like a fresh breath of air. Wow, we made it!” exclaimed Ethan on his feelings about SHAMELESS coming to an end. “I think, with everybody, we got our goodbyes in, hugs, but it is definitely going to be in the next month when we realize.. that’s it.” No more being chased around by the lot security team as he skated through the Warner Bros, or meeting up with everyone for long days on set. However, the love will always remain as well as the lessons learned.

After all, Ethan was this young kid working with actors who had at least 25 years of experience under their belt. Not everyone was going to treat him as the kid he was and so his parents made sure to remind him that it’s okay and it’s important to set boundaries but also take in everything around you. “With acting it was like a crash course being around people,” he shared. “Now I feel very comfortable preparing cues, dialogue, marks etc.” Let’s not forget adapting to having fans as well.

For Ethan, it was weird when people started coming up to him for pictures and autographs as he was just a young adult himself, trying to be himself and without any special attention. Even his mom was weirded out at first and would tell people “why are you talking to my son? What does he mean to you? What about me? I’m the one who made him!” LOL! Go, Mrs. Cutkosky! But over time, he grew more comfortable with it and as he put it, “it made me so much more appreciative to just see that there are so many people sharing their stories. I have seen people laugh, cry, tell me deep experiences…” From grandparents to young kids (maybe too young to be watching the show), to foreigners visiting, Ethan has had the beautiful chance to get to know many different people all across the globe.

As he channels the many lessons he has learned up until now, the talented actor continues to work hard on each performance to master anything he does as well as continue to open himself up to the world. Something he carries with him into his passion for singing and fashion as well… I told you we would come back to that! Both passions were fueled in different ways. His love for fashion came from his love for skateboarding and his musical direction came alive when he got his first guitar at the age of seven.

Still currently working on his instrumental and vocal skills, music is important because it stems from “always wanting to be able to express myself and being able to put out music that is of feelings that I have felt as certain times (my highs, my lows, my mids),” Ethan opened up about. “Being able to almost tell a story so that other people could connect with that.” It became an empathetic outview. Which is exactly what his fashion does as well: allow him to express how he is feeling.

Ethan has been skateboarding since he was very, very young, and over time, he wanted to develop his own line of skateboarding clothing which became KHAOTIC COLLECTIVE. Every piece has been thought off meticulously, every graphic has a meaning and more. “I wanted to create a brand that meant something. That was for the kids who felt the same way as me about their fashion,” he stated with an open heart.

All in all, Ethan Cutkoksy is still figuring out who he is, what he wants to do as he continues to work hard every day in turning his dreams into reality. With two singles coming out and new designs on the horizon, he is also booking roles and filming shows. Ethan’s energy fills a room with so much light and we are excited to see what comes next!