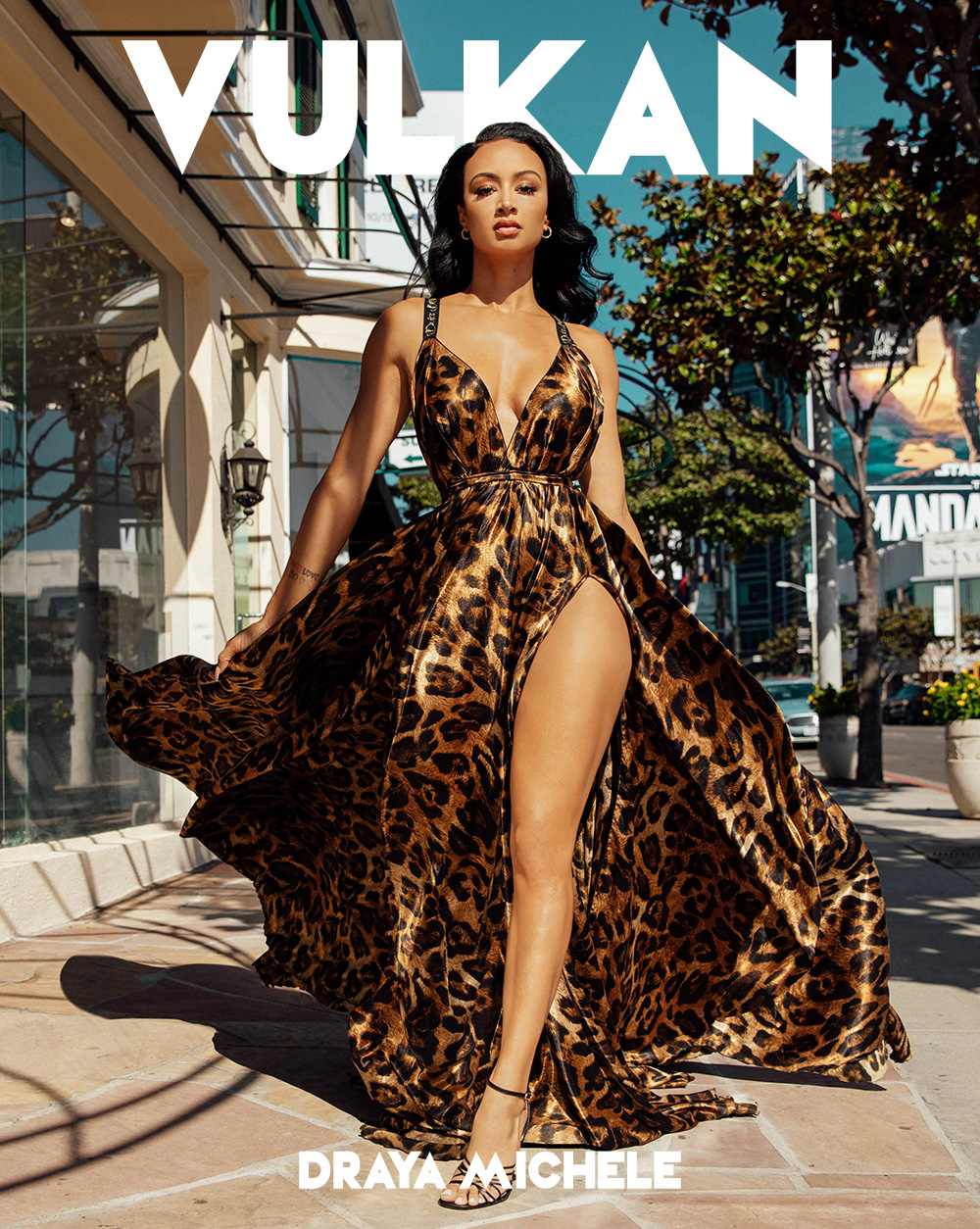 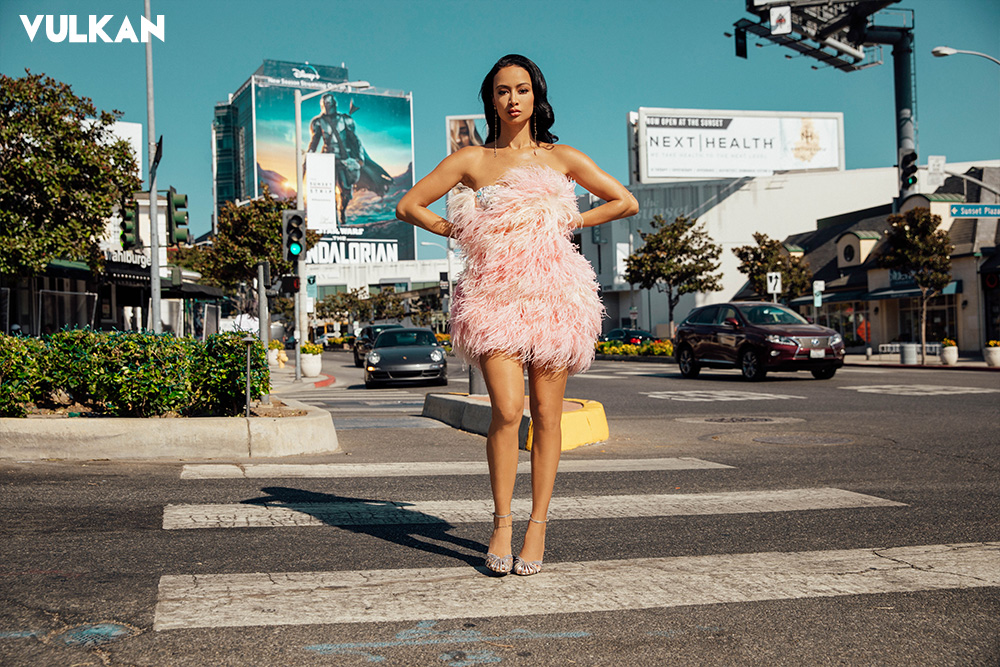 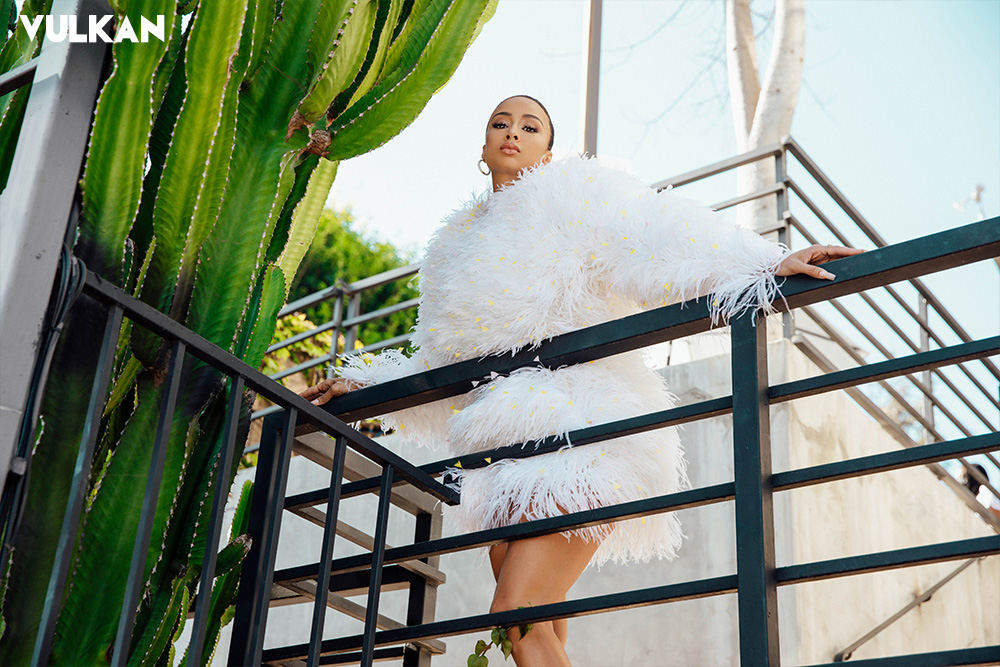 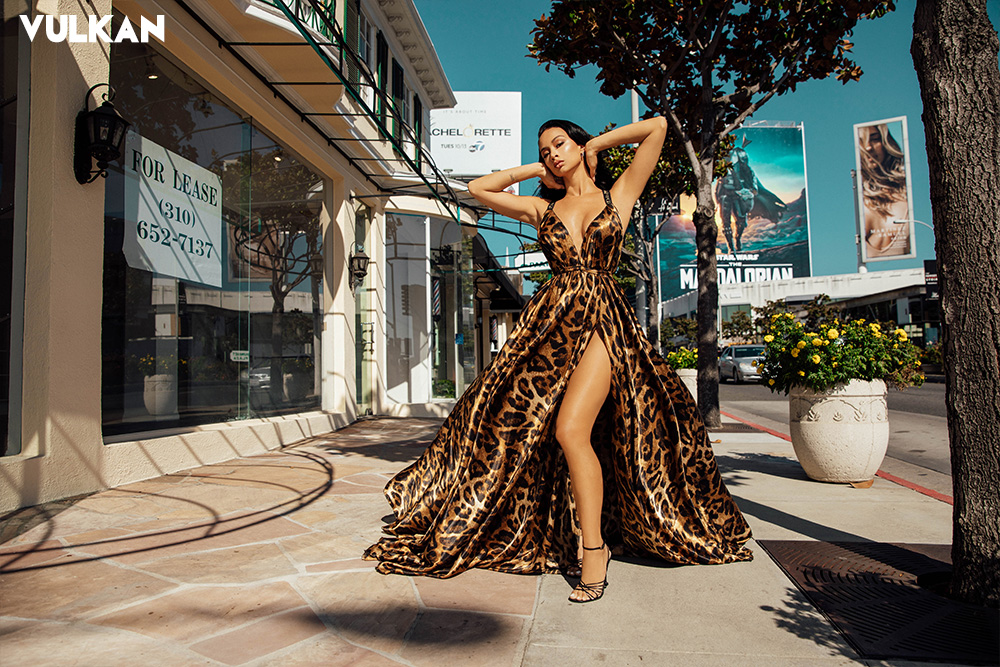 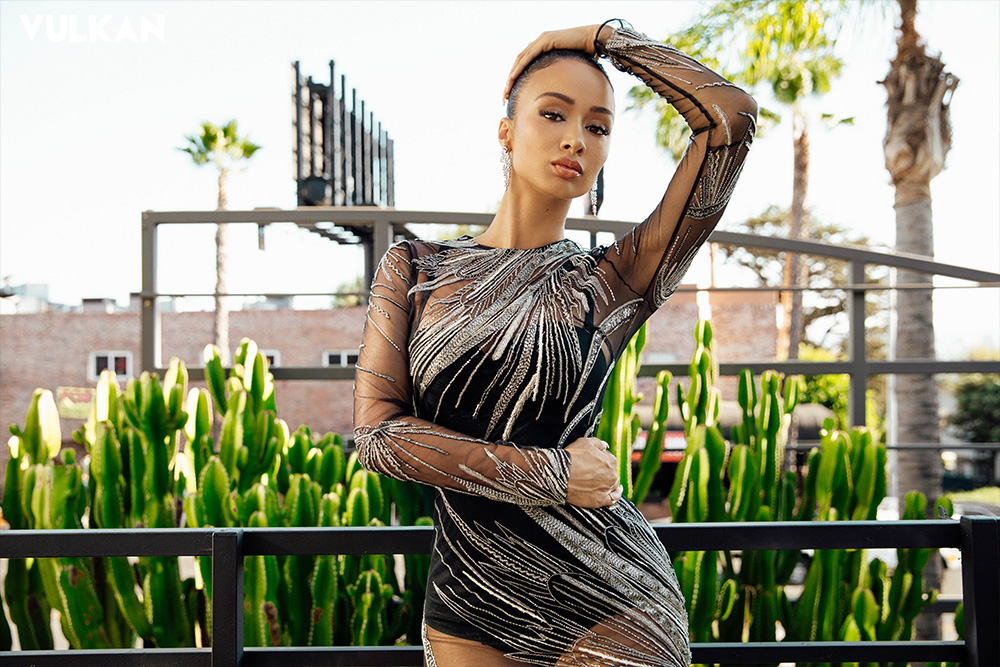 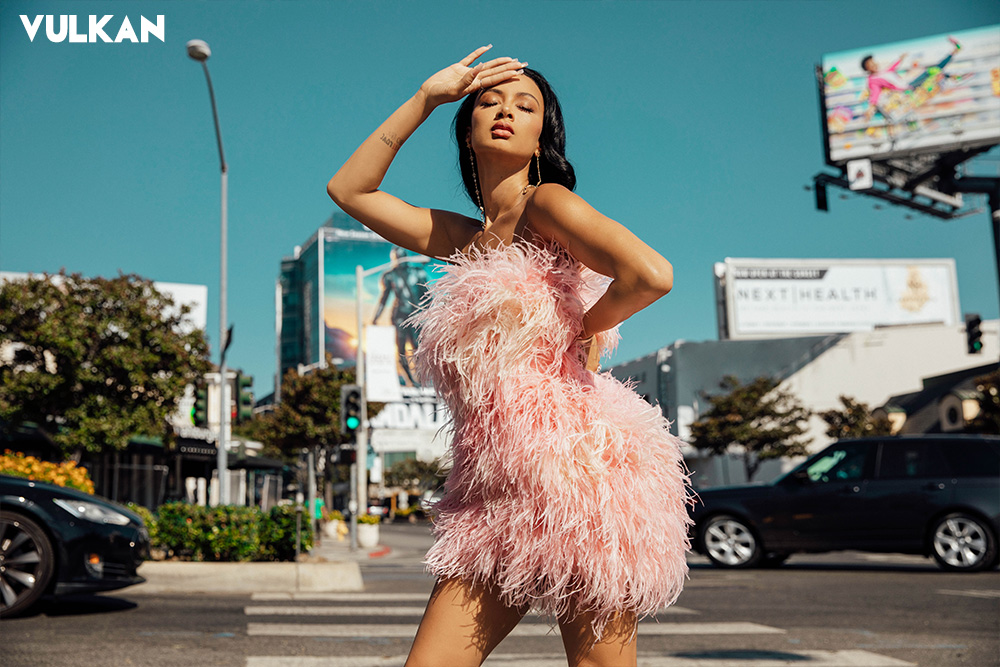 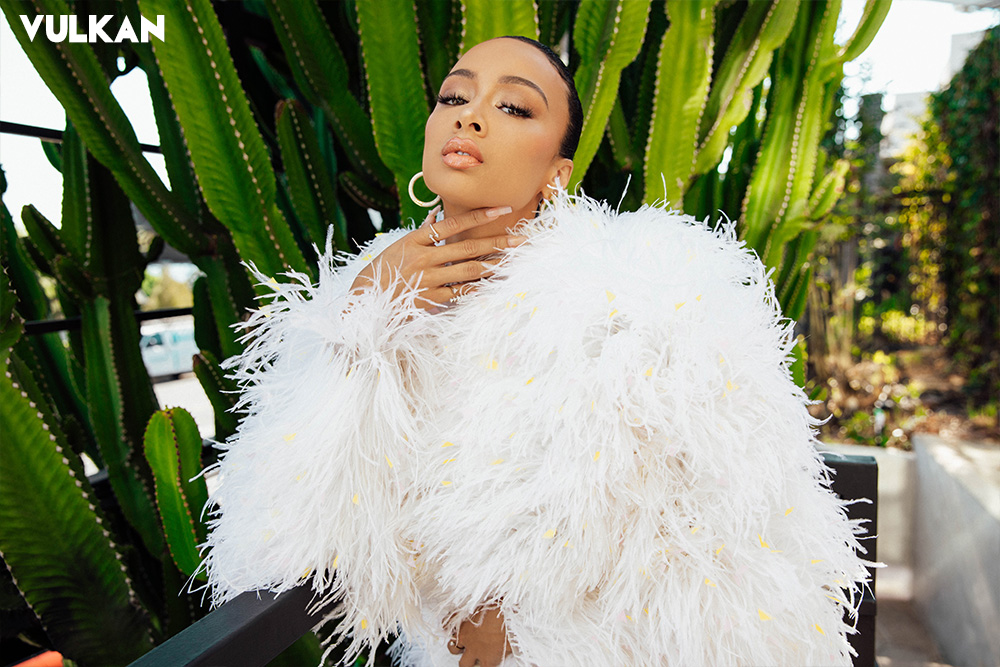 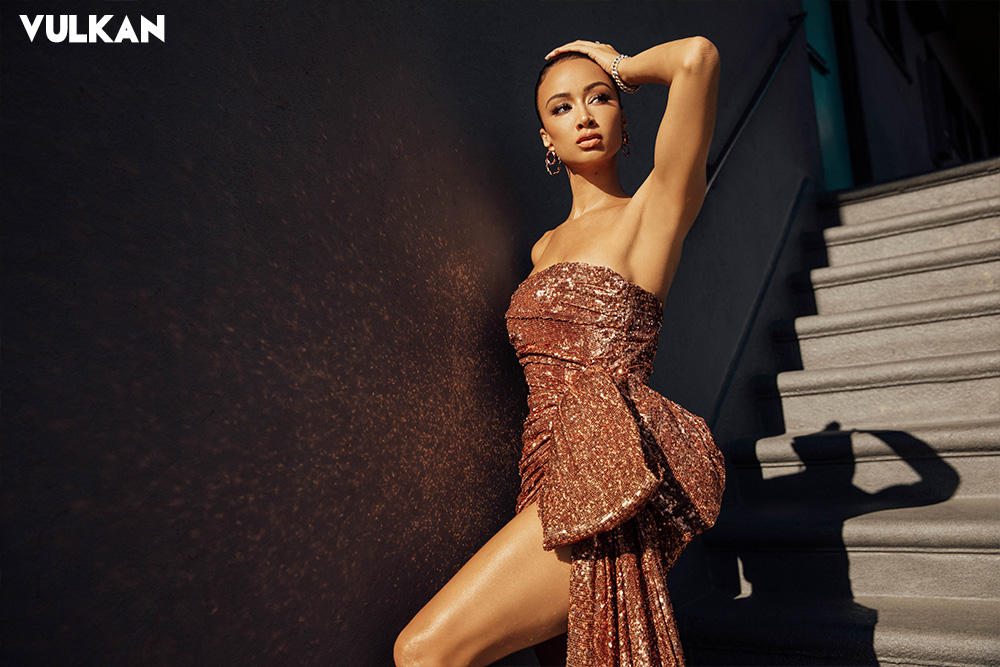 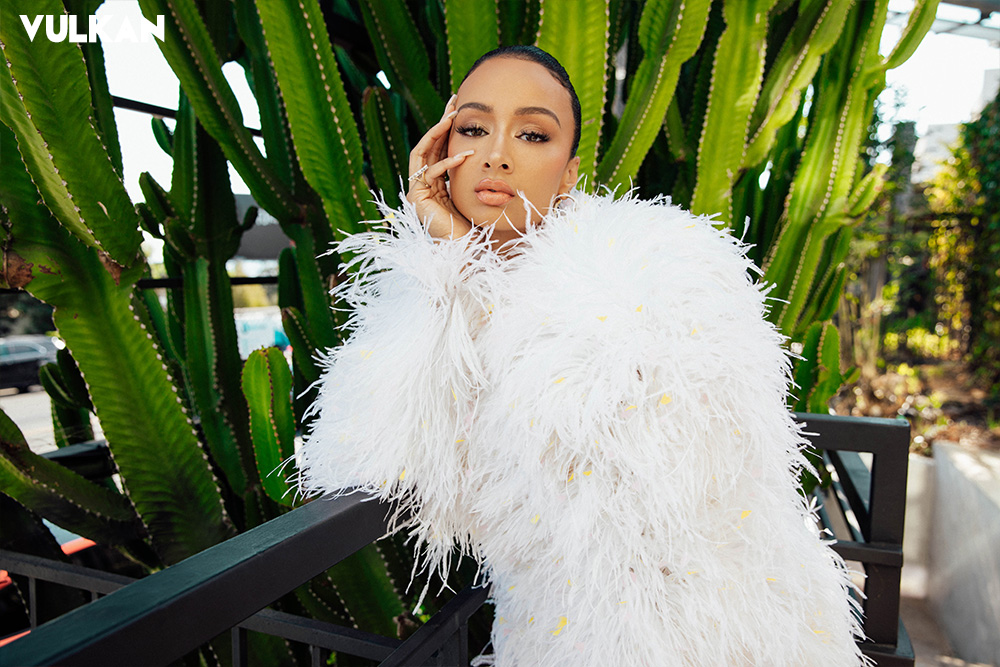 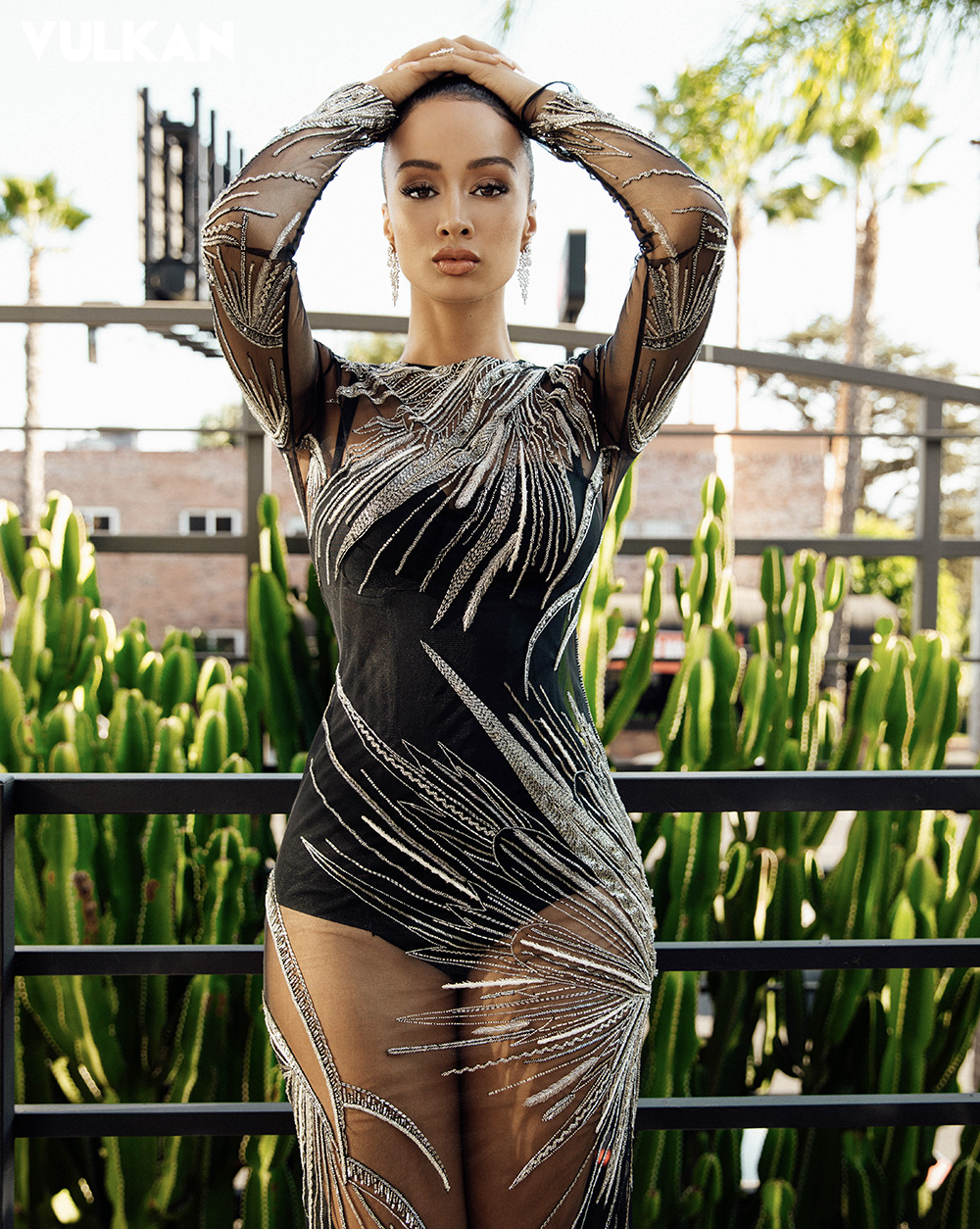 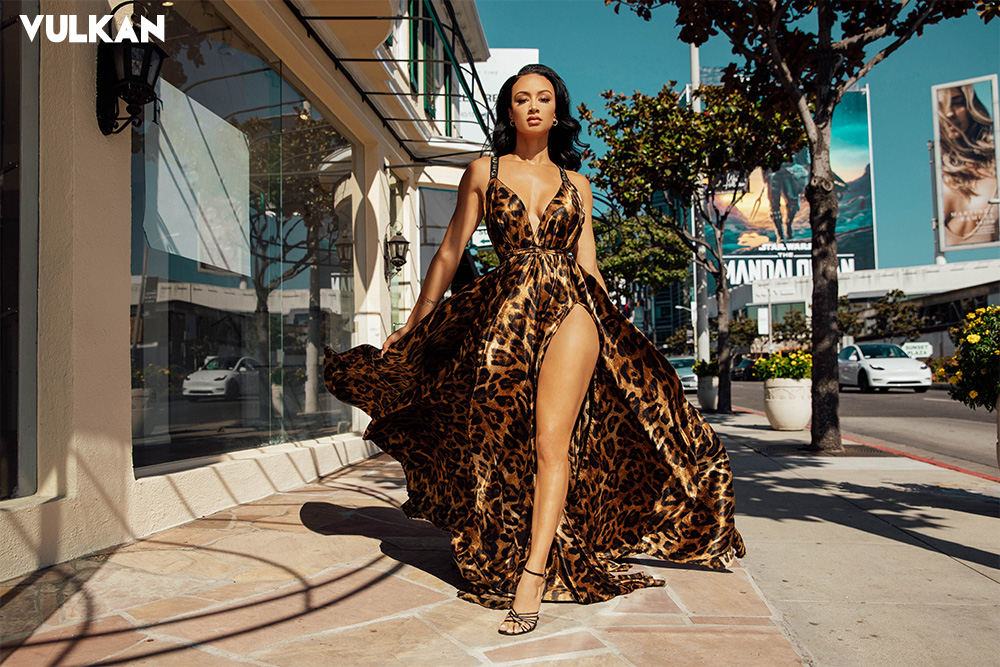 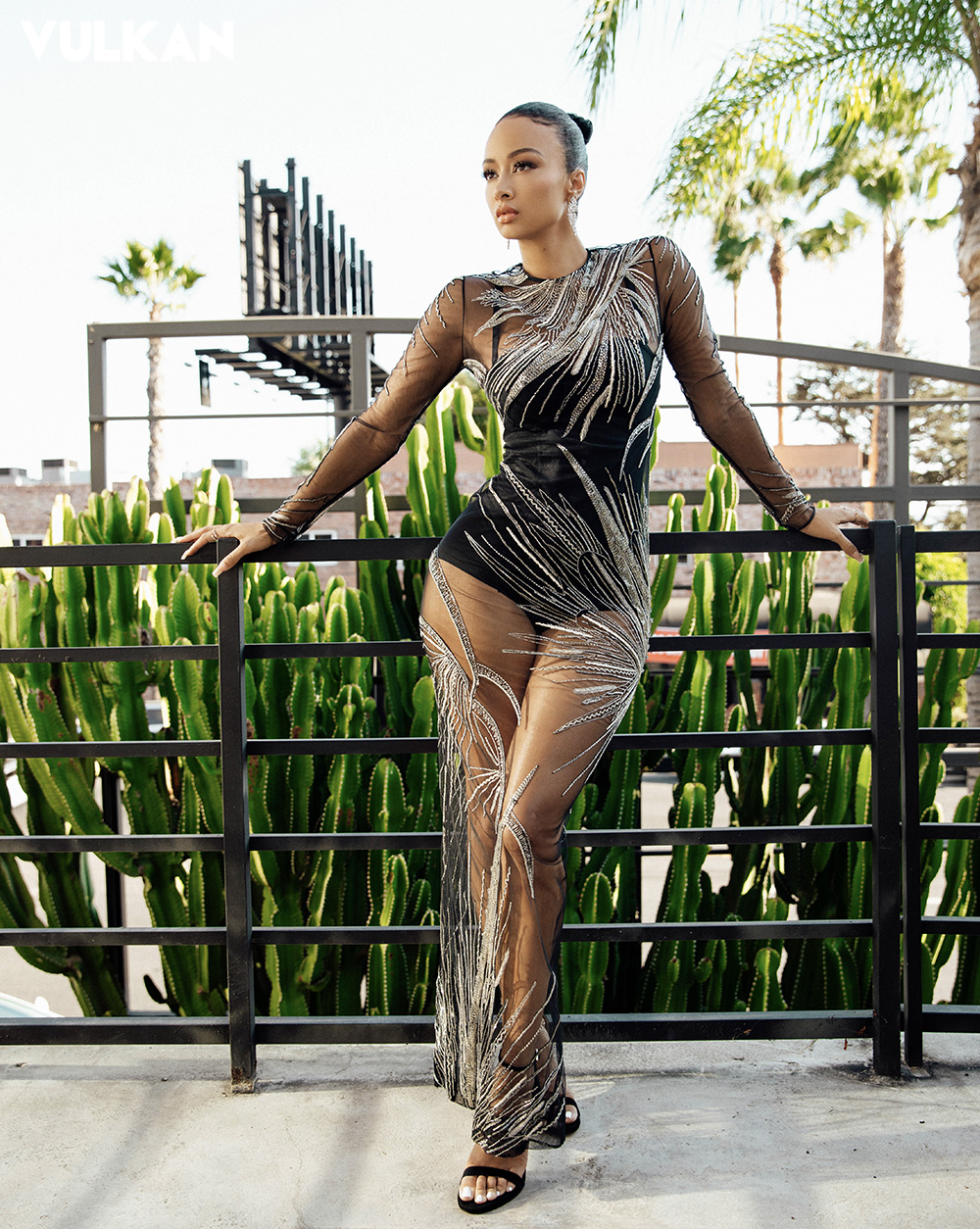 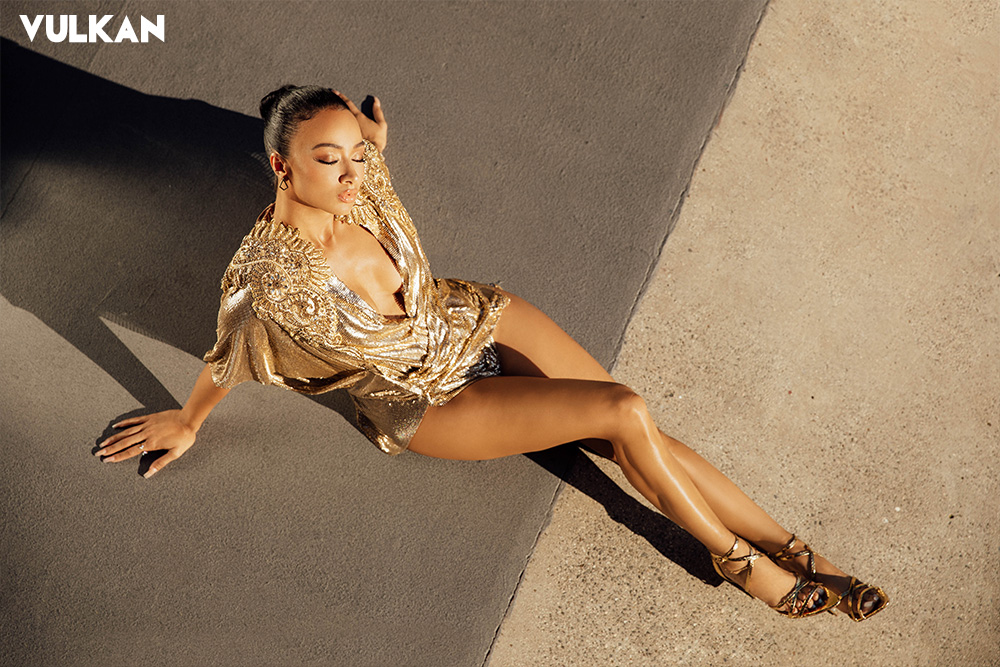 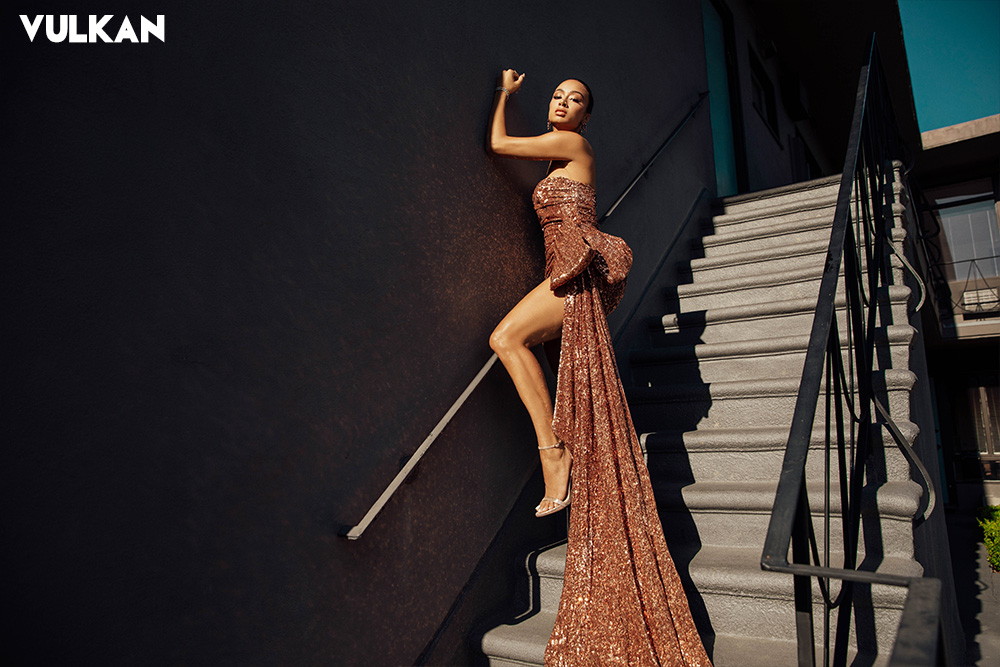 Draya Michele: Teaching Us What It Means To Be a Boss…In Every Way

Empowered. Beautiful. Smart. Dedicated. Passionate. Caring. These are just a few adjectives that describe Draya Michele, the actress, digital personality, and Founder of the global swimwear brand, Mint Swim. Bringing to you what it means to be a boss lady in all areas of her life, here at VULKAN we had the pleasure of getting to know more about this multi-faceted diamond. Having believed she would always become a singer or movie star with her outgoing personality, she shared, “eventually my love for fashion kind of overshadowed it a little bit and I got into fashion more into my adulthood, which then led to me actually becoming a designer.” From there, she followed her dreams of diving into the world of Hollywood…but we will get to that.

Originally from a small town in Pennsylvania, Michele knew she had to think bigger in order to build her swimwear brand, Mint Swim. When the opportunity presented itself, she moved to California and that is where the building began. As she shared with an open heart, “I’m inspired by everything that is California; I’m inspired by the beaches, the rooftops, the hotels, the swimming pools, just the weather in general, the palm trees, girls, women—mainly just how everything is very effortless and carefree out here.” From a small town to the big city, Michele is now celebrating Mint Swim’s 10th year anniversary!

For the talented designer, it was important for her to ensure her brand was a direct reflection of who she is. “ I always kept it true to me and to my style and the styles that I love to wear because I am a person that enjoys things of high quality,” expressed Michele. Making sure her customers get the best quality product that could even last them years, it’s safe to say that she pours her body, mind, and soul into the company and its products. “My customers are women who are just like me: ambitious but still want to feel sexy at the same time,” she stated with a smile. When you purchase a piece from Mint Swim, you are not only buying quality products, you become part of a strong and empowering community.

Throughout the last ten years of Mint Swim’s lifespan, Michele had made the executive decision to not go into retail as she was unsure about it. Furthermore, she felt that it “could possibly take away from what I had going on as far as the traffic with my own website.” But, as she continued to grow and learn new information, whe Pacsun came to her for a collaboration, she was “ecstatic to be able to work with such an iconic brand.” A partnership she is truly excited and happy to have as they continue to create amazing lines!

From drawing sketches to documenting her everyday life in front of the camera, Michele is finally getting back into acting. Having been featured in a few projects, she is currently filming her 10 part docuseries. The actress is finally giving her followers, who are mainly young entrepreneurs, exactly what they ask for most, “What does a day in the life look like and what does it take to start a business?” It’s important for her to share what it means to build not one but multiples businesses, from start to finish. Throughout the series, her audience will get to see the behind the scenes and as she put candidly, “it’s not just the successes of these businesses, it’s also the failures and the trials and tribulations;  the obstacles that I faced as well. So they’ll be able to see it all: the good, the bad, and the ugly.”

Opening herself completely, what better way to help others than by being honest and truthful about yourself? These are qualities in a person that our world lacks at times, especially with the different sides social media has. Bringing true authenticity to the table, alongside her failures and successes, Michele will also be talking about her life as an influencer, designer, and of course, entrepreneur. After all, she does own a nail shop, “another clothing brand called Fine Ass Girls that is currently in development,” and of course, Mint Swim. There is no stopping her now!

Inspired by movies and TV shows her entire life, it was during a conversation with Philadelphia actress/singer, Jill Scott, that Michele discovered her desire to act. She asked her if acting classes were necessary and Scott responded instantly, “Oh absolutely, everyone takes acting classes. Everyone takes acting classes, no one is a natural like you would think.” You see, it had never occurred to the young dreamer that this was the case so when given this piece of advice, she held onto it dearly. She continued on by taking acting classes and a beautiful love for the arts was setting its course.

Also a mother, Michele has been able to chase her dreams thanks to the love and support of those around her, especially her mom. As she continues on her path of success, she opened up about her true purpose that is “to create a legacy for my children to be proud of and that can be passed down to them and that I can create something that’ll live within my family and generations to come.” Using her platform to not only build this legacy but also spread positivity, the inspiring influencer believes that “we get further ahead with fact based information rather than biased opinions.” In stating facts, messages can be put out there, allowing us to play our part in a step closer to true change.

So, to all you young entrepreneurs out there make sure to remember that there will be successes and downfalls along the way but never give up! It’s important to “follow your dreams, manifest them into existence and prepare yourselves for it,” said Michele. Your business could pop off when you least expect it and when it does, you want to be ready to ride that roller coaster! Combining her talents in business, fashion, and acting, Draya Michele is a true inspiration to those around her. Seeing herself, ten years from now, “doing the same thing but just at a higher level,” there is nothing stopping her. Make sure to keep an eye out for her docuseries and get ready to take notes!