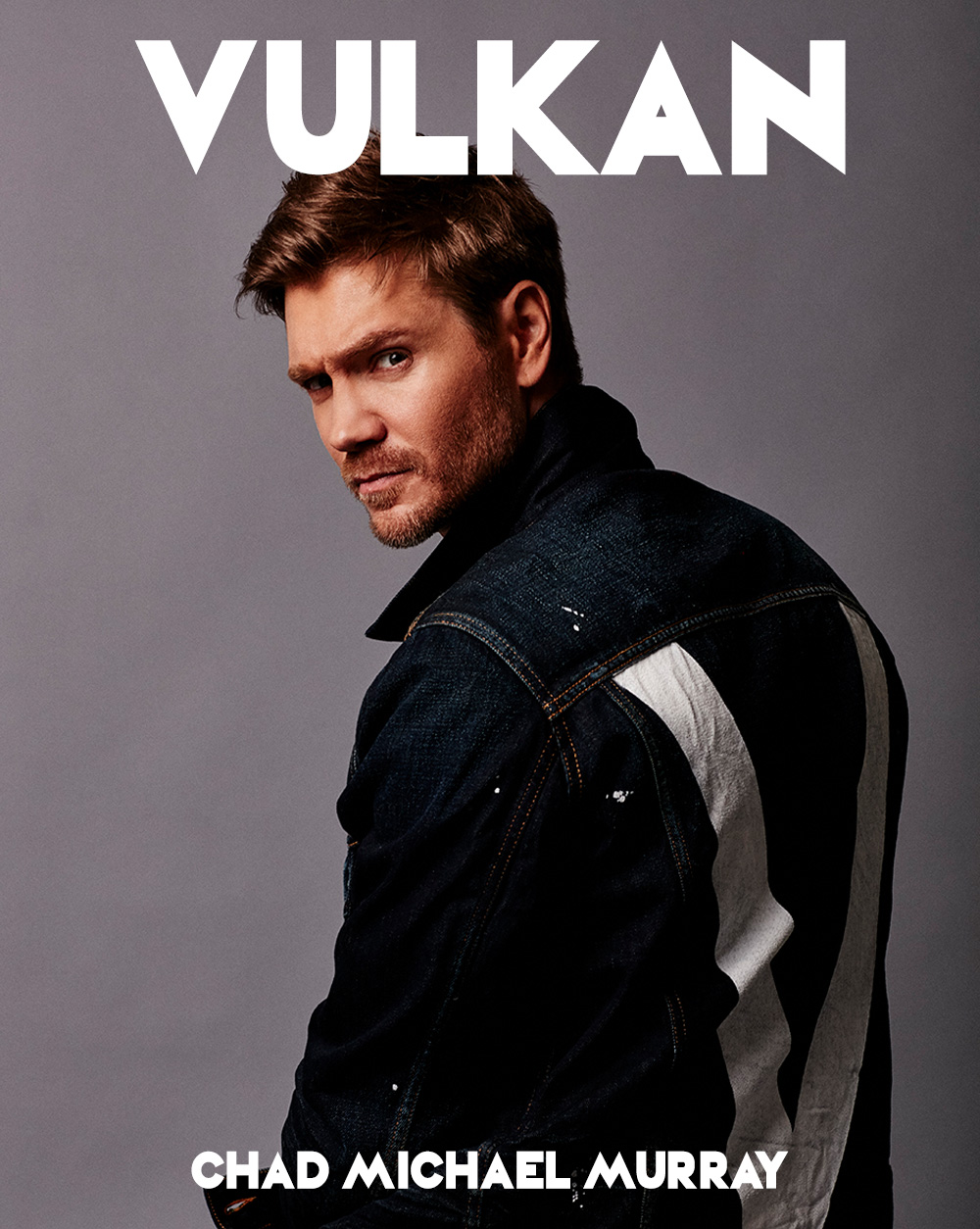 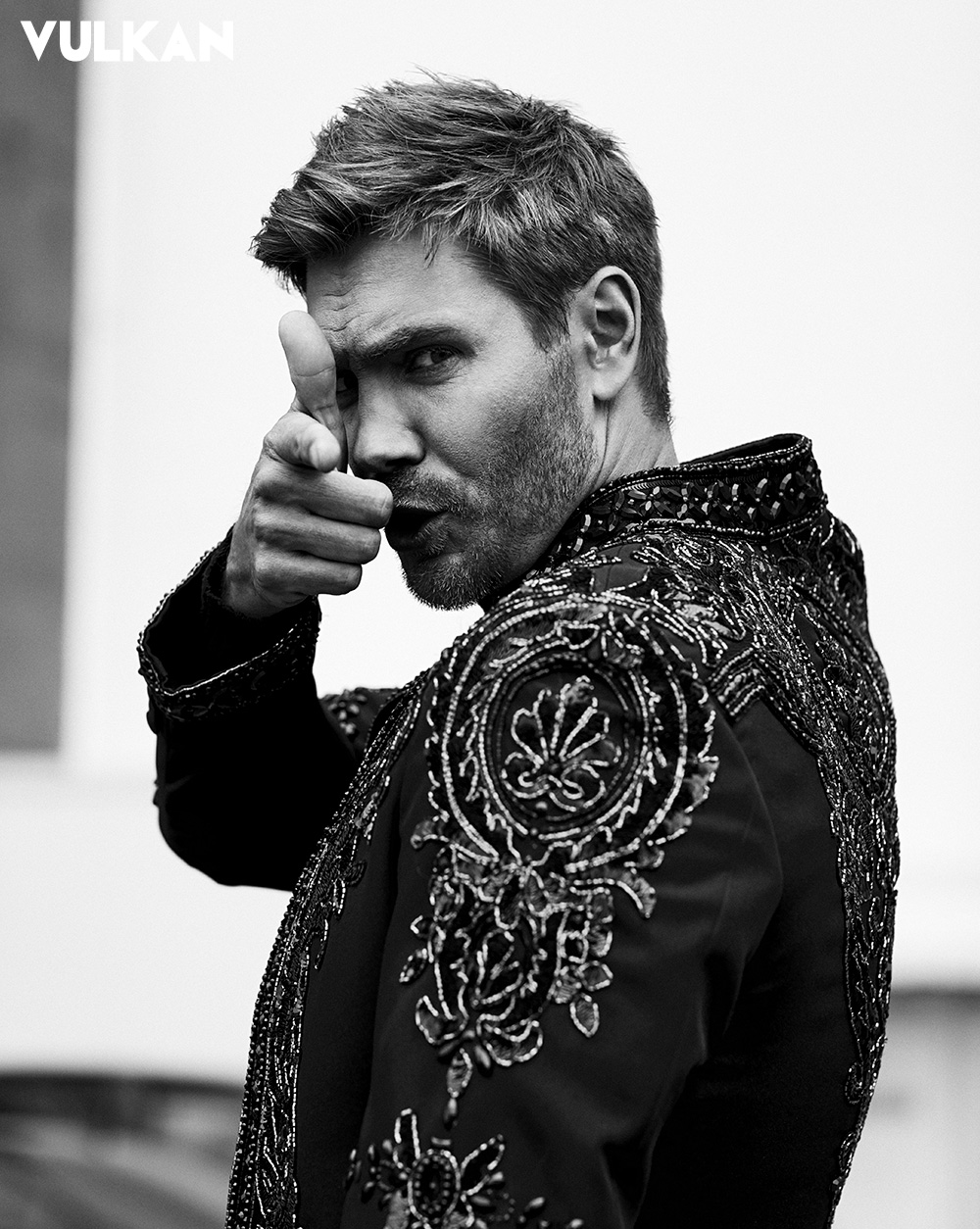 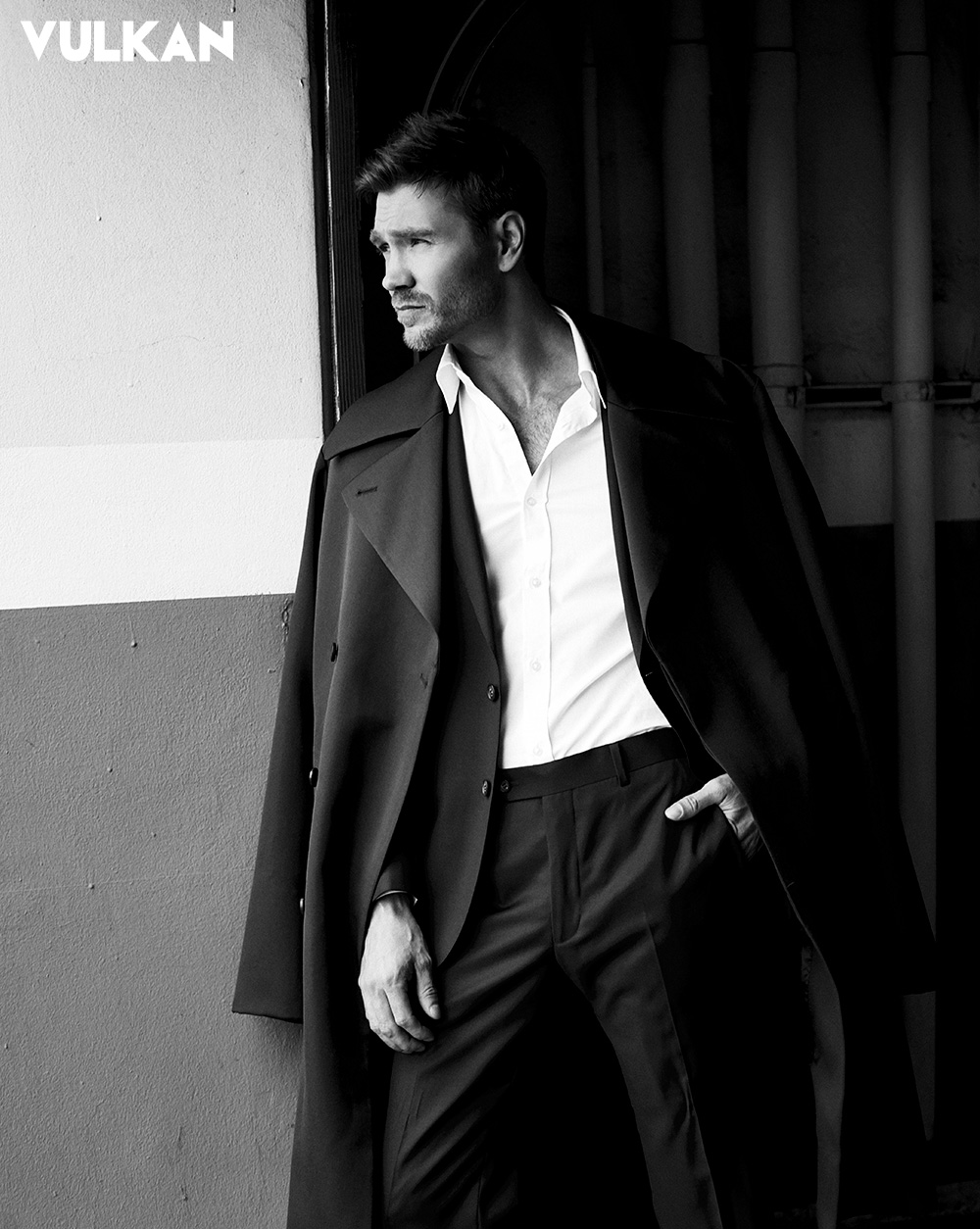 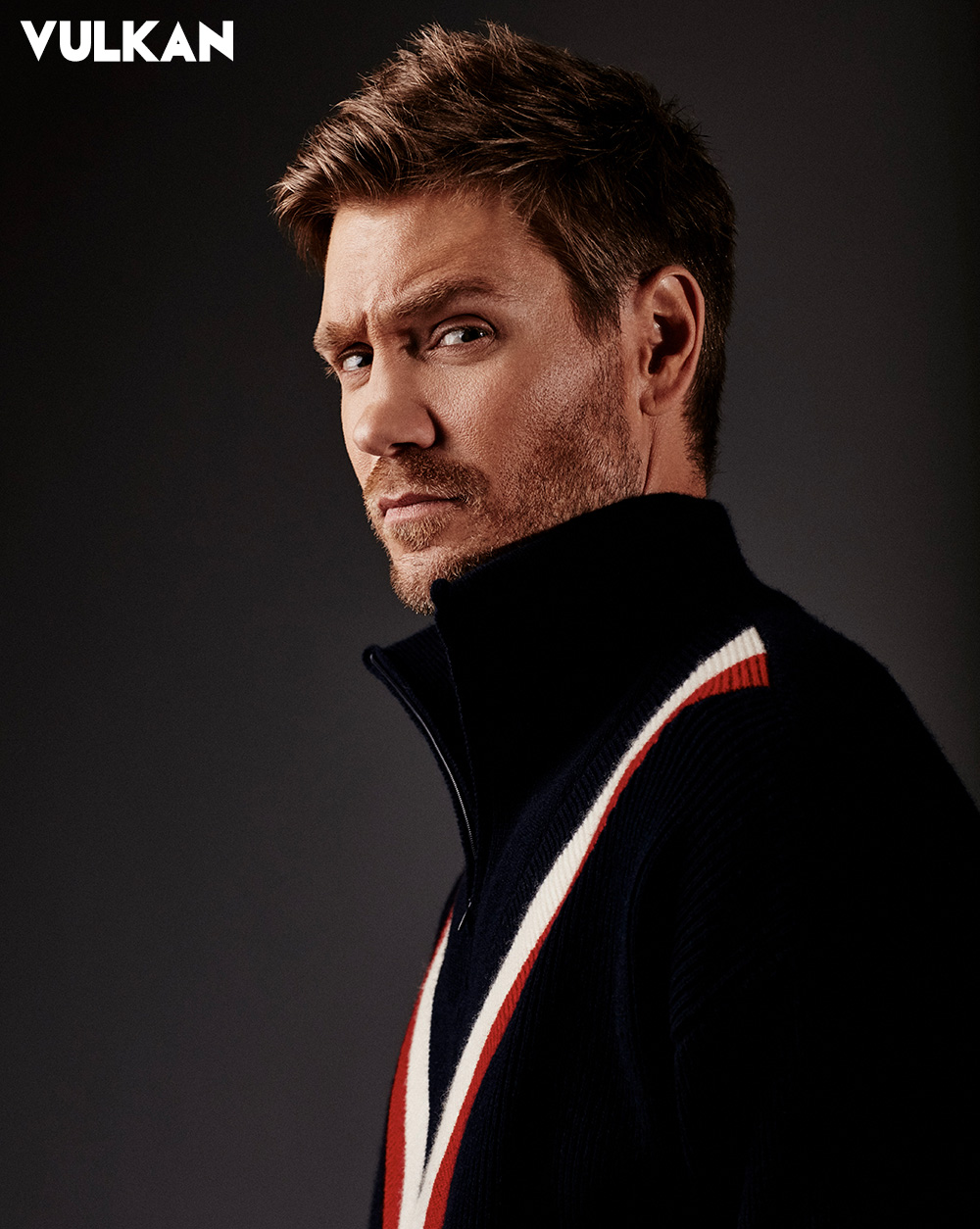 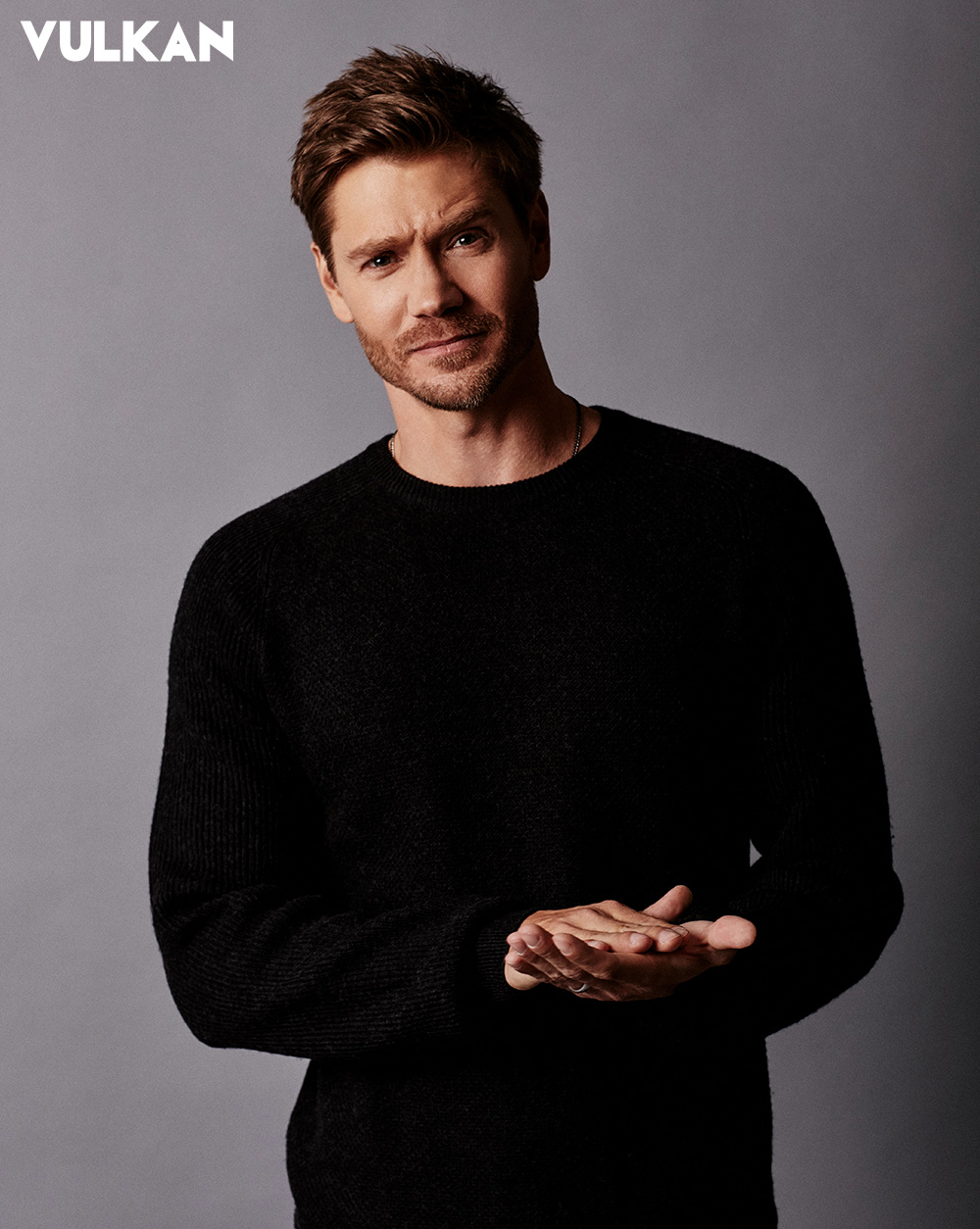 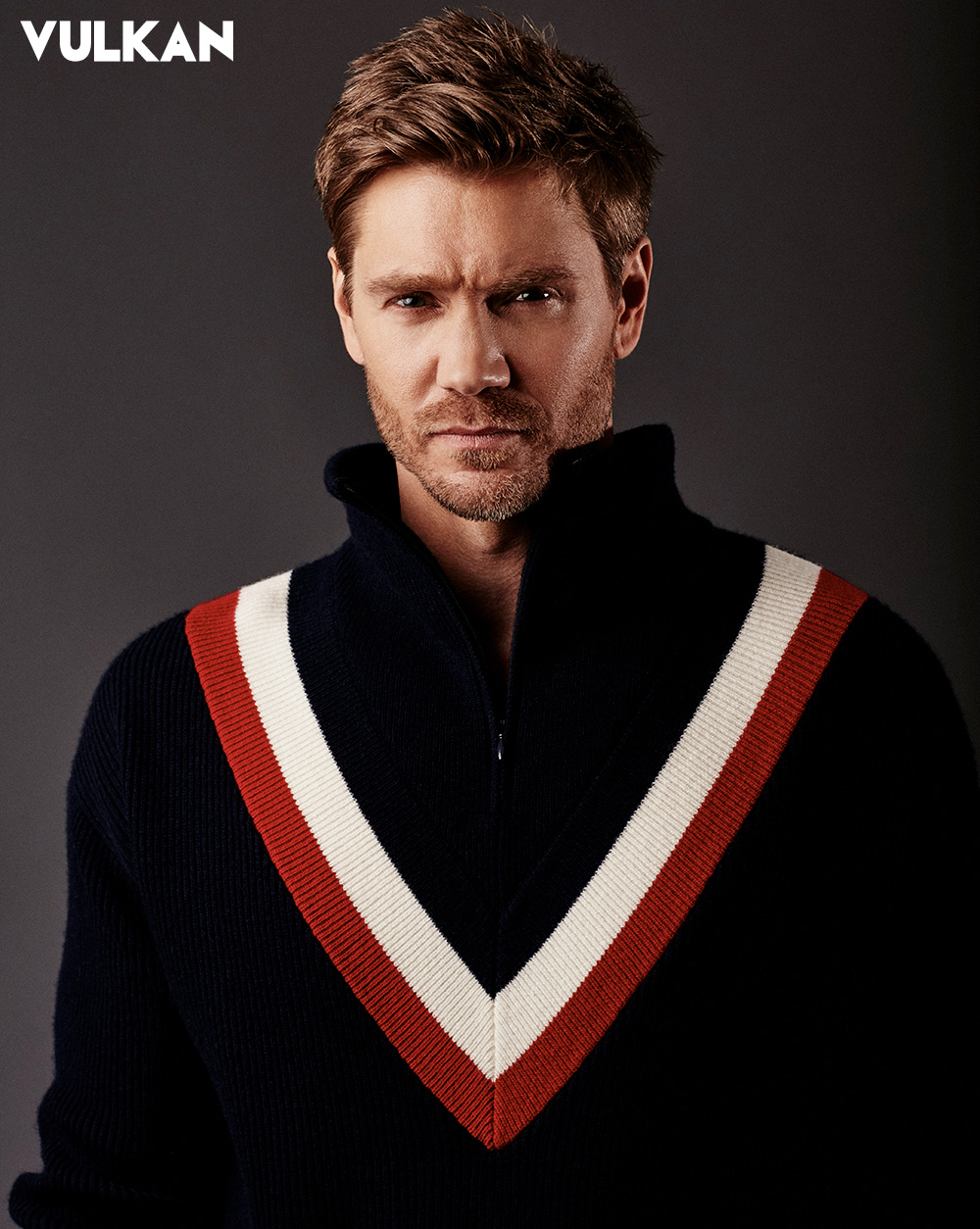 Remember those characters you grew up with, the ones who remind you of your childhood and bring up all kinds of feelings as you remember the simpler times?  Those characters whose growth mirrors your own as you follow their path while advancing on your own?

Chad Michael Murray is one of those characters who will always remind us of our innocence but, as the natural order of things go, we grow out of our innocence and take on new roles such as he did. Murray went from playing the handsome young adult who brought sparkles to girls’ eyes to the smooth talking cult leader in season 3 of the beloved series RIVERDALE. His role as Edgar differs widely from his previous roles in shows such as One Tree Hill but this was an opportunity he wasn’t about to pass up. As an actor, it was truly a great opportunity for him to explore a different role and get into the mind of a specific type of individual: “A breath of fresh air, you’re not really quarantined to a box per say. You have the opportunity to make crazy choices and take chances,” shares Murray.  In order to portray Edgar at his finest, Murray analyzed the script and looked at what previous cult leaders did in the past; cult leaders such as Charles Manson and David Koresh. In order to better understand how their mind works, you have to figure out what allowed them to create a movement and get people to follow their cause. It was about understanding the different tactics to “get each person’s ear and make they feel wanted and loved.” There was a lot of psychological work that went behind Edgar’s portrayal which was obvious as Murray stepped in front of the camera and became him.

Now that Murray is back in action, his growth doesn’t stop with the role of Edgar in Riverdale. The production of Matt Eskandari’s action thriller, THE LONG NIGHT, has just begun and Murray will find himself playing alongside Bruce Willis and many other talented actors. He plays a surgeon who is staying with his father on a farm and one night, they cross paths with two convicts in need of care who take them as hostages: the rest is for us to discover. Murray’s excitement for this project was made very clear as he shared how he was looking forward to meeting the cast and building relationships with every one of them. His role as a surgeon is slightly more buttoned up than, say, an Edgar or his role in OUTLAWS AND ANGELS. “This will be a little more buttoned up and (pause) surgical,” shares Murray with an enchanting laugh. It would seem that Murray has gone from the farm to, well, the farm.

Many new projects on the horizon but what is truly beautiful is seeing what prompted Murray to pursue his dream of becoming an actor. This was something he felt he always knew he wanted to do but there were two moments in his life that validated what he already knew. When Murray  was fifteen years old, he was hospitalized for quite a long time and the nurse he had at the time happened to be a model: “I know, every young boy’s dream right?” Imagine, you have this beautiful model taking care of you and suggesting that you take on modeling: talk about real healing right? Even though Murray made it clear he wasn’t too keen on becoming a model, the nurse explained to him that he could segue from modeling to acting. Once he was all healed up, she gave him his first opportunity to leap forward but it went farther than that: “She gave my father and myself the confidence to leap forward.” The nurse model isn’t the only push from the universe that helped Murray discover his passion for film. One night, he went to Blockbuster (remember when we had to walk to rent movies? Ha.) to rent the film VARSITY BLUES. When he got home, he discovered that PRIMAL FEAR was in the box and it was too late to go back so he ended up just putting it into the DVD player. That was it. Murray way hooked: “Ed Norton’s performance blew my mind playing a character with multiple personalities order. It just blew my mind.” The young boy at that time definitely had his angel guiding him and leading him to his path of light.

Being an actor isn’t the only role Murray plays in his life. Being a caring father and loving husband, he finds himself stepping into multiple characters on a day to day basis. We all know how much work it can be when both parents have careers but the Murray family has found a dynamic that works for them: “We keep our pack together.” No matter what happens, the kids always go with their parents and Murray and his wife made an agreement that they were fully committed to having their careers but also being loving parents to their kids. There isn’t a day that goes by where he doesn’t see his kids and more than that, he is there for the inside jokes that would be missed if he was always on the road: his family is the most fulfilling chapter of his life. From keeping things away from the electric socket to treating people with kindness and love, the Murray household has pinned down their core values: “God and family first is how we do things around here.”

But what does the infamous Murray do with his spare time? Well, first and foremost, spend time with his family. When football season starts, they all go to Church and then the rest of the day is spent with “Chad absorbing as much football as possible.” Exercising his body, mind, and soul are crucial parts of his existence to keep his mind balanced. Of course, we can’t forget the cartoon watching with the kids. Murray’s love for his family was heard in his voice so clearly and you could feel how proud he was of them. Here at BELLO, we were also able to discover another side of Murray: the playful fashion connaisseur. Murray shares how much he enjoyed being able to discover new pieces of clothing and adapting them to his own style. He branched out and decided to have fun with the shoot: “ I love the opportunity to kind of step into something new that’s really outside of my norm but make it my own and get comfortable with it. I love it.”

Things are on an uphill track for Murray and we were lucky enough to get a sneak peek into his plans after the filming of THE LONG NIGHT.  When he was younger, he had written so many scripts and more but it was hard for him to get others to listen. After all, it was a very difficult industry in a different time and it was his wife Sarah who pushed him to pursue his writing and she continues to do so every day. For all you fans out there, make sure to keep an eye out as Murray is stepping up in the film world and working on different projects from dark comedies to thrillers/horrors: “I am about to push the button,” shares Murray happily.

Chad Michael Murray came into the industry with the desire to help people through film/television as those platforms did for him when he was younger.  He wants to give his audience a chance to step away from whatever is dragging them down in their life or simply having a moment to forget about the world and responsibilities. Keep a look out because as Murray shares, “The best is yet to come.”

Print issue available at the end of the month.