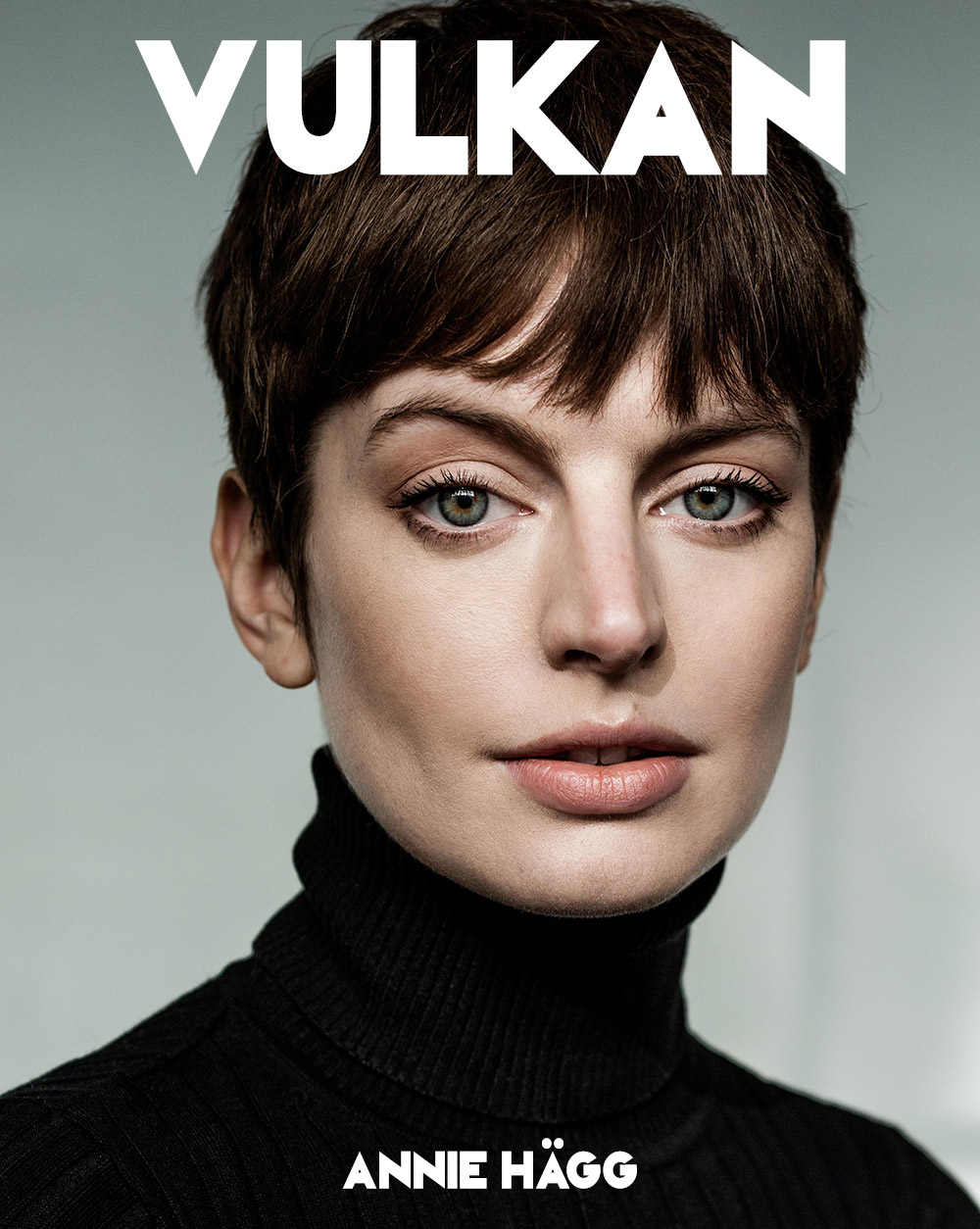 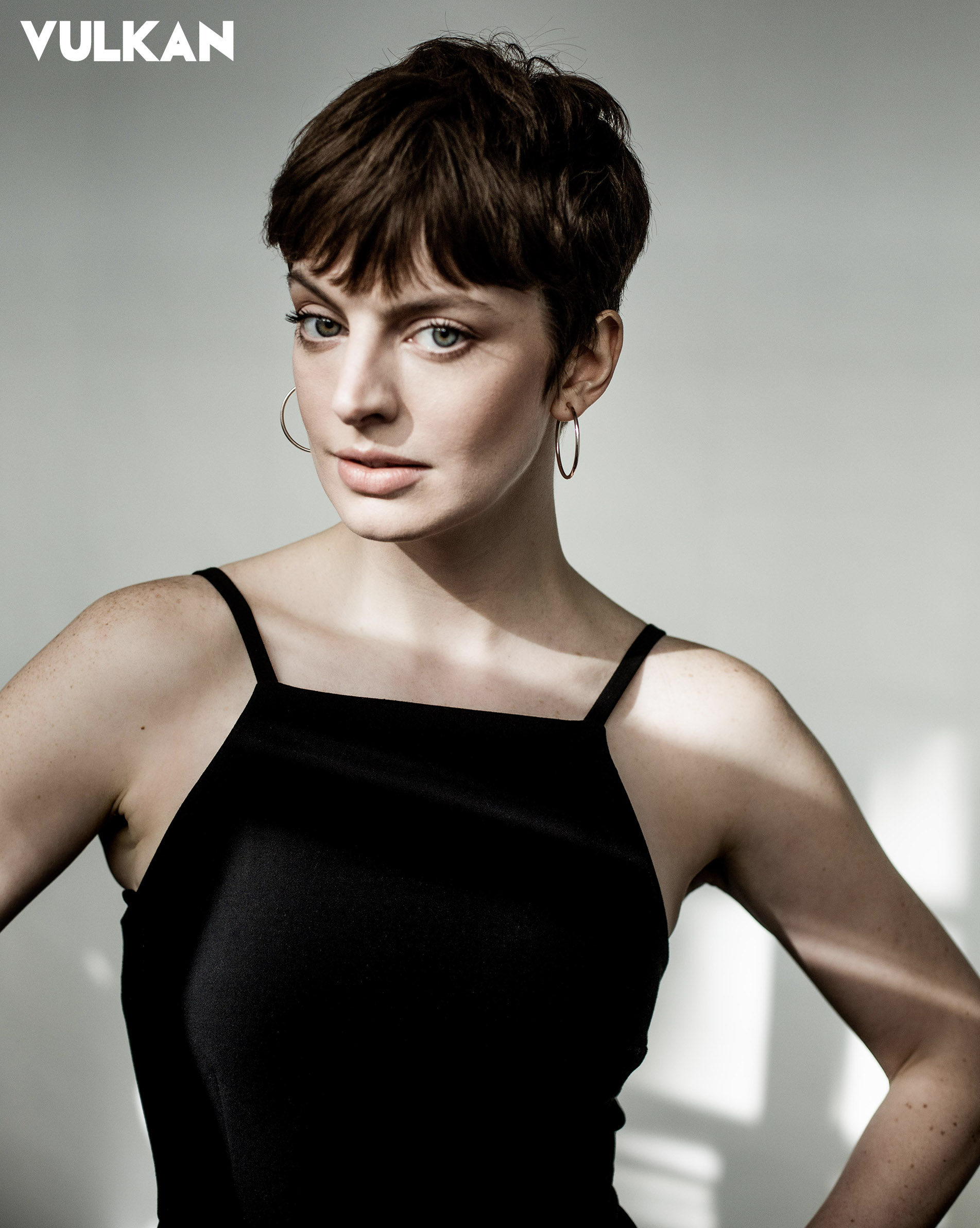 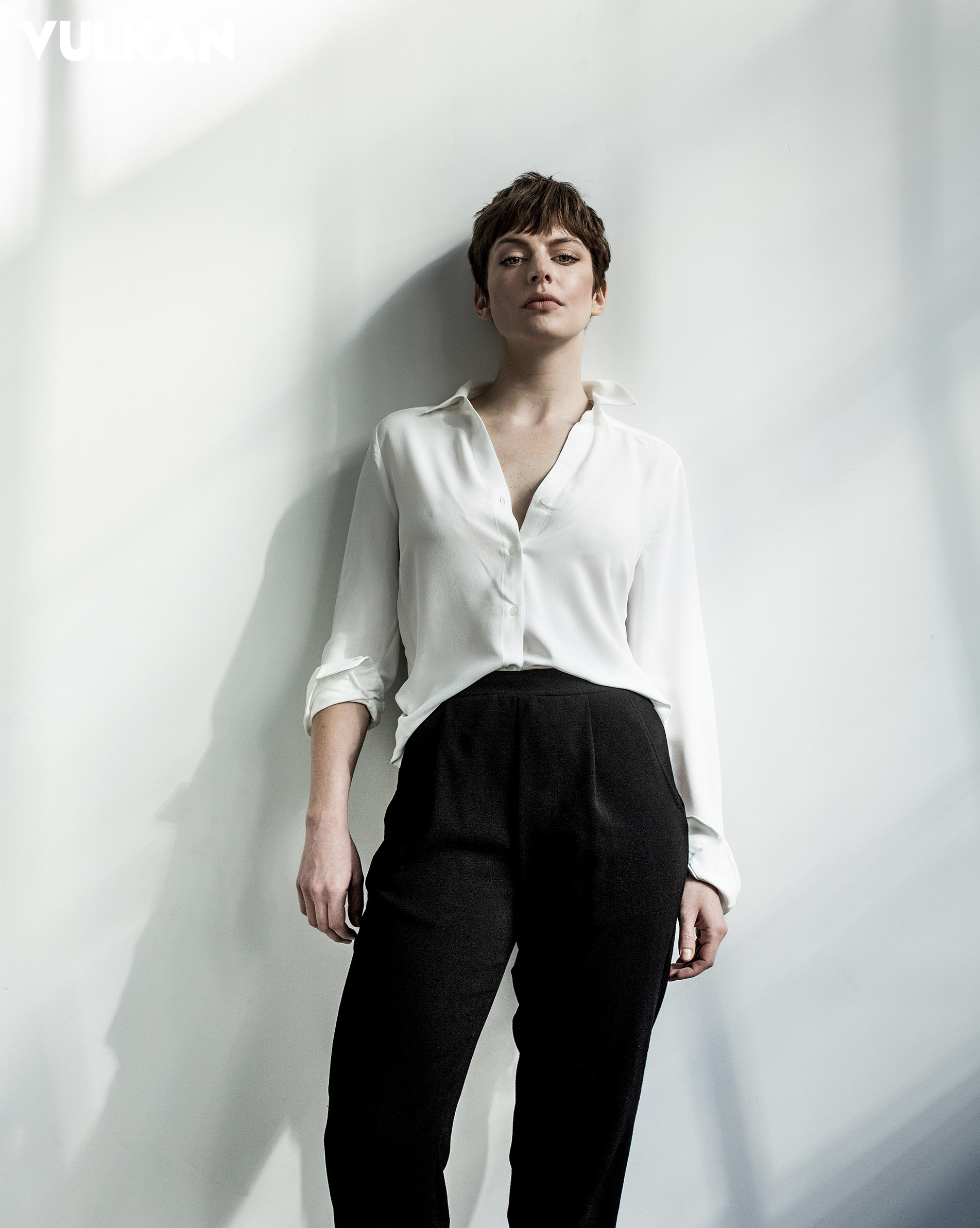 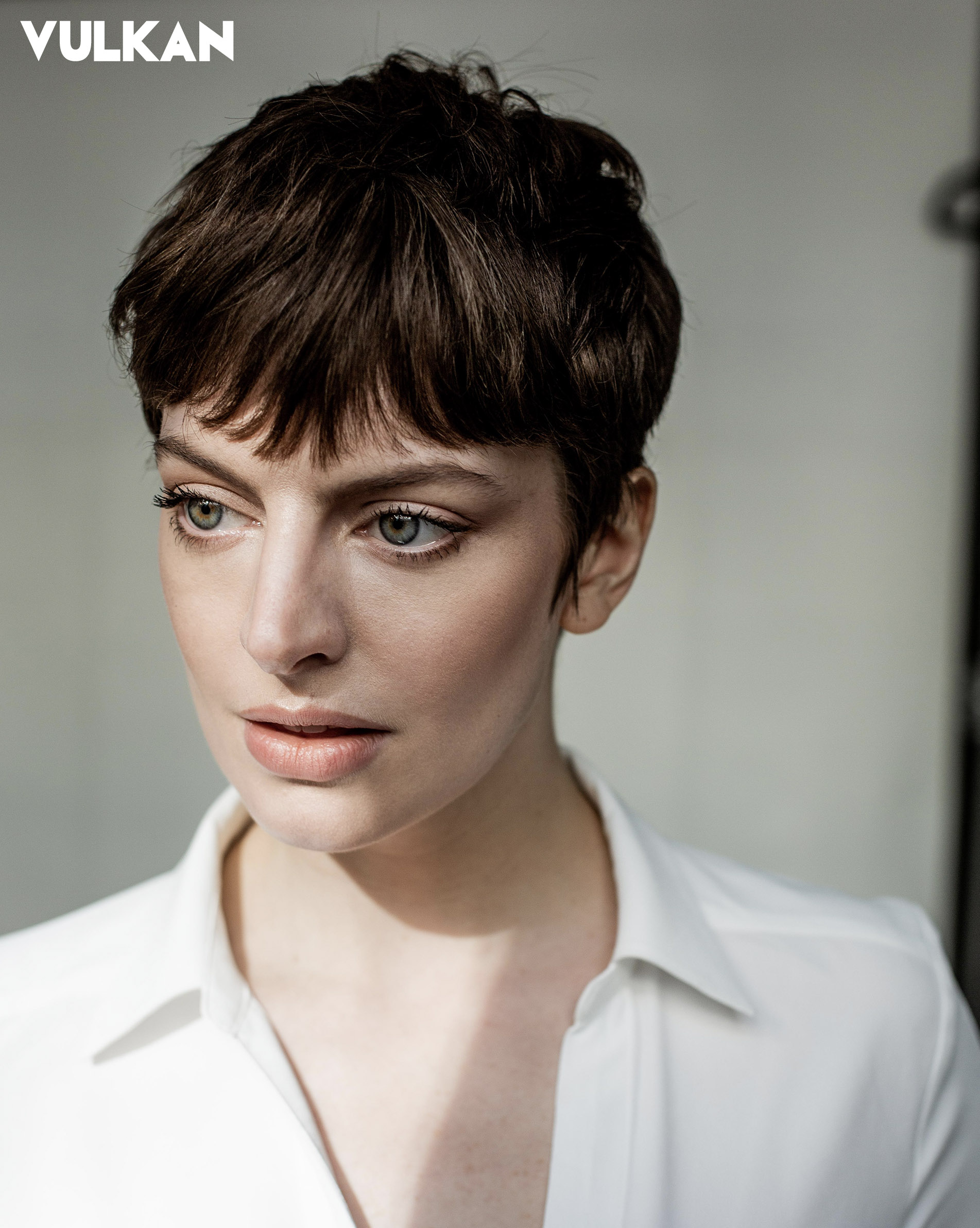 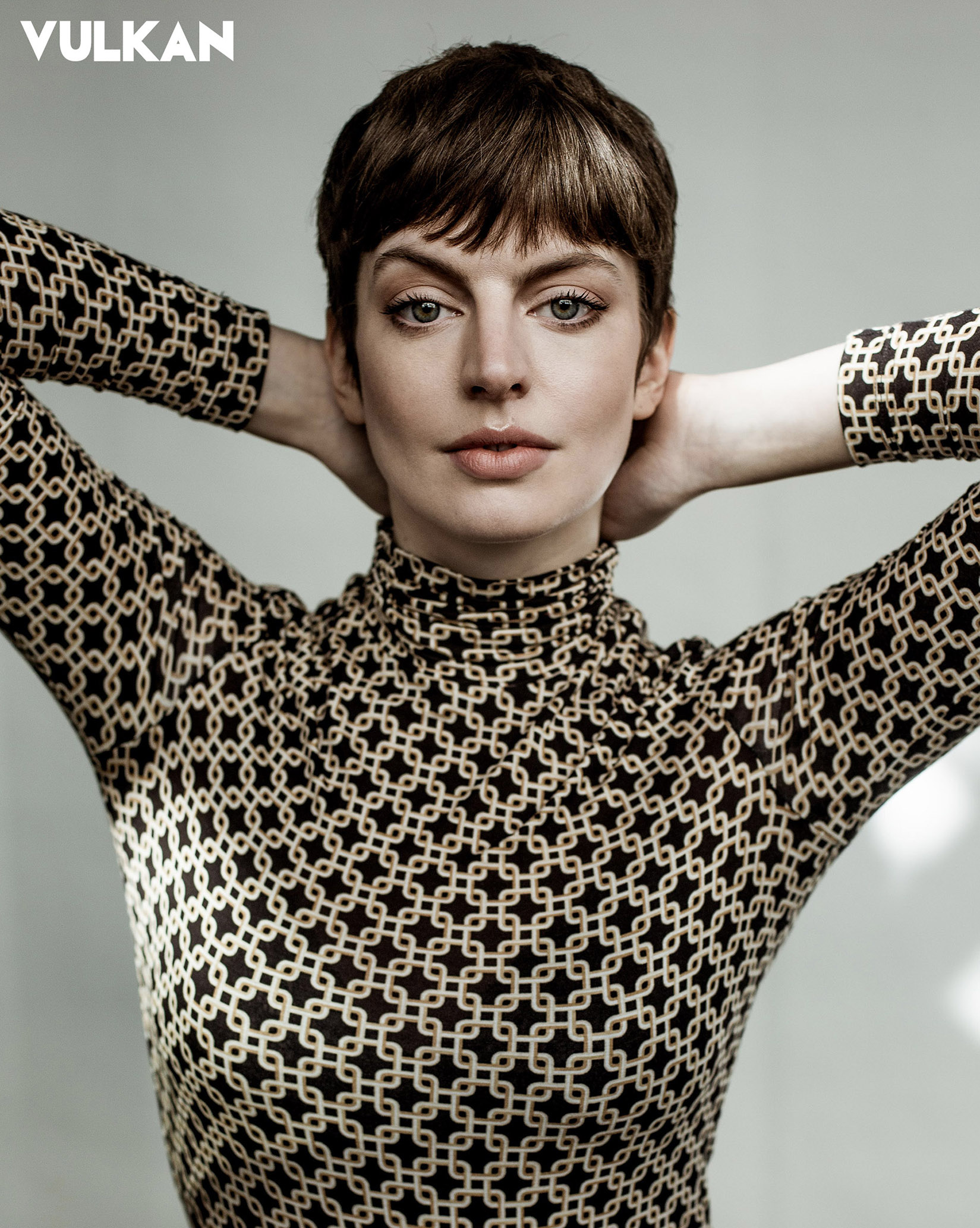 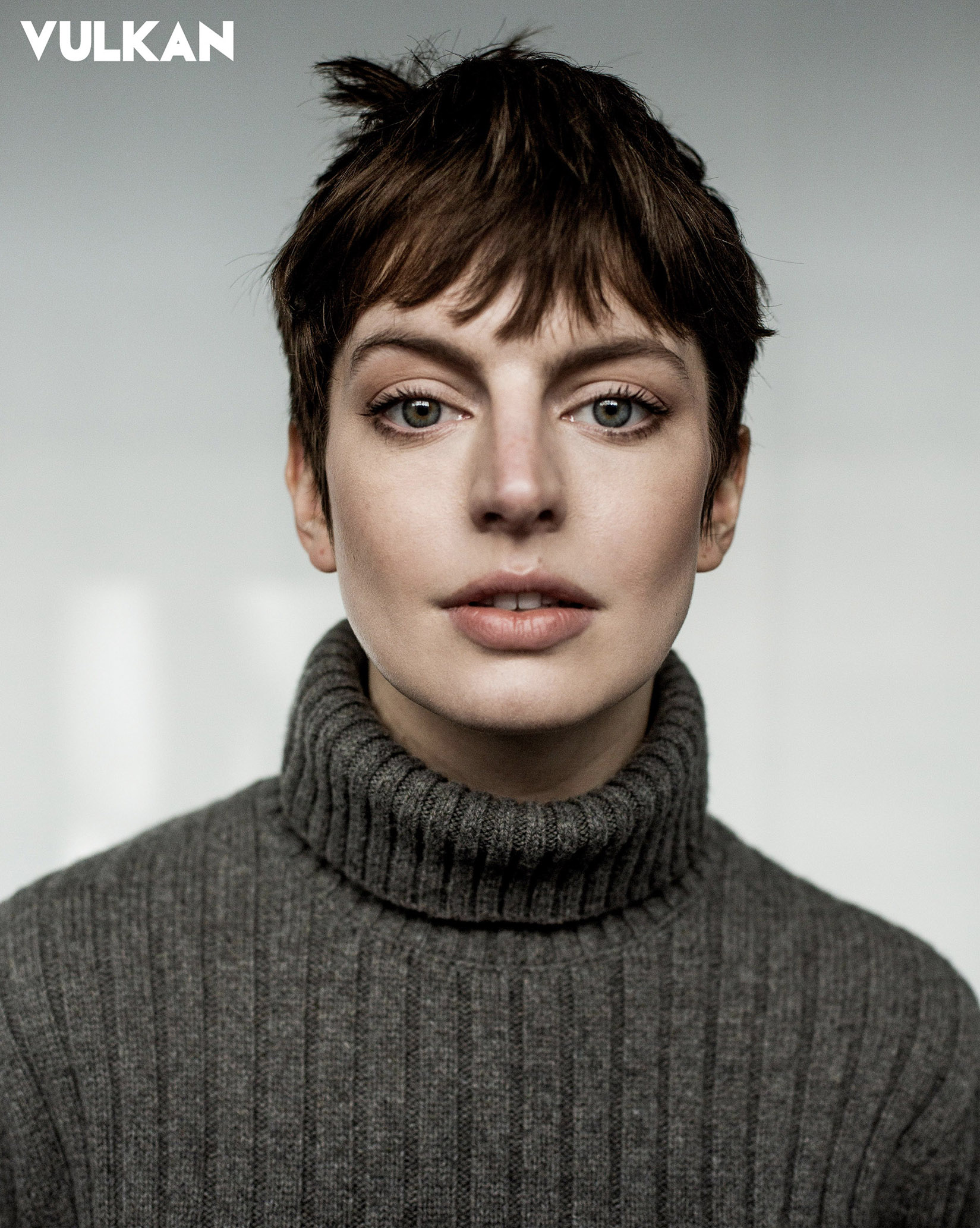 The American Actor, Annie Hägg, from the Dramatic Movies returns to the “Hunters” Series
By Justine Duclaux


The talented Annie Hägg is from New York and a former student of the renowned Yale School of Drama. Passionate about foreign languages, she has a gift for roles that require an accent or a fluency in a foreign language. The actress is the most electric talent to storm into Hollywood on Amazon’s original series, “Hunters.” She worked hard to get into character. In this intimate interview, Annie Hägg offers anecdotes about her life, the “Hunters” series and her future projects in other films to push herself out of her comfort zone.

What inspired you to pursue a career as an actor?
From an early age, I loved pretending to be other people. I was constantly creating characters and taking them out into the world. One of my favorite things to do was to dress up as my mom—stuffed bra, floral dress, lipstick, the works—and walk around impersonating her. I would take our cat Snuffy and go to the grocery store in full mom regalia. I walked down the aisles cradling Snuffy like a baby in one arm and carrying a shopping basket in the other. I realized that because I took the character seriously, other people did too and played along. So when I would ask the prices of things and order half a pound of smoked turkey I was responded to and treated as the ‘mother with child’ that I was playing. Pretending to be someone else brought me so much joy that I just never wanted to stop doing it.

Share with us a fun anecdote about your time at Yale Drama School.
Our final year at Yale culminates with something called “The Interview Project.” For the assignment, we are tasked with interviewing someone and then creating a ten-minute performance using our subject’s words and physicality. We then bring this person to life in front of not just our class but the entire school. It is a pretty important rite of passage in the acting program, and students spend months searching for their subject, as did I.

I probably conducted about two dozen interviews in five different cities until I realized that the ideal subject was right under my nose: Jeanette. Jeanette is my mom’s best friend, my de-facto godmother, and the greatest storyteller I know. So I took the train down to New York and went to visit her.

I had struck gold. Jeanette regaled me with stories for hours about growing up in New York in the 1950s, about Beatlemania and the Vietnam war, about having to get an illegal abortion in New Jersey, about the men who had broken her heart, about raising her daughter alone, and finally, about what it felt like to be an older woman and feel invisible. She told me her story, with all the pain and all the triumphs, with the sort of openness and vulnerability one can only offer to the dearest of friends.  And it was heart wrenching. I got back to New Haven, typed up the full text and began the difficult task of cutting it down to ten minutes (which seemed criminal, but necessary). As for the lilt of her voice, her facial expressions and her gestures—I had been studying them unconsciously since my infancy.

Finally, on the day we gave our presentations, I invited Jeanette up to New Haven to watch the performance. After I finished, I looked up and there she was in the front row, with tears in her eyes. Which of course, made me cry too! But the best part was afterward watching everyone go up to her and thank her for sharing her amazing life with us.

I can’t express how meaningful it was for me to be the conduit bringing Jeanette’s story to the world. As actors we are tasked to bring our whole selves–all our experiences, all our joys and sufferings, all the people we’ve loved and who’ve loved us–to every role. So what happens when the person you’re playing is already part of you? During the performance, I was not only speaking her words and using her gestures but in some sort of cosmic way channeling her essence through years of interactions from some very deep place inside me. It was one of the most rewarding performances of my life.

Of all the roles you have played in the past, which one is your favorite? And why is that?
Right after I got out of drama school I played Natasha in a very experimental production of The Three Sisters helmed by the great Russian director Dmitry Krymov.  Natasha is this sort of harsh and vulgar provincial girl who marries into this highly-educated, refined and sensitive family and eventually takes over the entire household. She is vicious and manipulative and everyone hates her so what was interesting for me was figuring out how to not just play her as a villain. I really loved exploring her fragility and vulnerability, and she’s also very funny! I guess I loved playing her because I had to advocate for the parts of her that no one can see or understand, but are there beneath the surface, like a secret.

Tell us what you love about your role in the “Hunters” series.
What I love most about Ruth is how she never loses sight of who she is and what she stands for, no matter the circumstances. Her entire family has been killed, she is imprisoned, dehumanized and starved, and yet, she somehow maintains hope. Can you imagine having hope in Auschwitz? I love her because she is a beacon of light in unimaginable darkness.

What are some challenges you faced while on set?
I would say the biggest challenge was figuring out how to let go of being Ruth once the cameras were off. It’s not something you just snap out of. On the day we shot the scene where I had all my hair cut off, I came home and broke out in hives. Even though your brain knows it’s pretend, your body doesn’t.

Now, what was your favorite moment and why?
Something that really sticks out is the day we shot the chess scene in the pilot. In the scene, I see my little sister Chava (played by Cassidy Layton) about to get killed in front of me, and Young Meyer (played by Zack Schor) has to restrain me from intervening to save her. I went to some very dark places in my imagination that day and in between takes, my scene partner Zack held my hand in a death grip – almost like a lifeline tethering me to something safe even though internally I was in a real place of horror. I found Zack’s generosity and support for his fellow actor so moving. We shot practically every scene together and I’m so grateful to him. We really had each other’s backs.

Where does your passion for foreign languages come from?
Language allows you to connect to people who are different from you. I think I understood this intuitively at a very young age. When I was in elementary school in New York in the ‘90s, I happened to be in class with large numbers of children whose families had fled the Balkan region because of the war in Kosovo. So every day I was constantly hearing Albanian, Bosnian Serbian, Bulgarian, and Macedonian. I was always very drawn to the way these languages sounded, and would try to repeat what I heard my classmates saying, and because I have always been a good mimic, I was generally successful. I asked them to teach me how to say things (and of course I especially wanted to know the curse words because I was that kind of girl) and the result was that these kids accepted me into their group in a way that the other American kids weren’t. That’s purely because of language. And even though I was a kid just trying to make friends, I understand now that I’ve been using language my whole life to connect to people who are different from me.

You speak Spanish, Swedish, German and English… What language would you like to learn next?
Russian. I’m a bit of a Russophile. I love all things Russian: the history, the literature, the theatre, the culture, the music, the food, and I think the language itself is stunningly beautiful.

Please name an actor that has inspired you in your own performances and explain why.
Giulietta Masina as Gelsomina—the child-like clown in Fellini’s La Strada — is one of my favorite performances of all time. Surrounded by brutality, she never ceases to move through the world with joy, wonder, and openness. Her vulnerability is her strength. There is a scared little child inside all of us, and of course, inside every character ever written. To not forget the child inside, no matter who I am playing, is something Giulietta Masina taught me.

What’s the best advice you’ve ever been given in this industry?
“We have very little time, so we must slow down.” My Shakespeare teacher at Yale Peter Francis James says this. It seems paradoxical, but the point is that we burn lots of time just by being impatient, which leads to sloppiness and mistakes. You get lost because you’ve missed the street signs by trying to move quickly, so you’ve got to slow down. He was talking about Shakespeare, but it applies to anything, really.

What sort of acting roles will you be seeking in the future?
Oh I would love to do a comedy. It’s funny, I played lots of comedic roles in drama school but since I’ve been out working I have been cast in almost exclusively dramatic roles. I’ve been playing a lot of victims recently–victims of abuse, of violence, of war. I think it’s the eyes. But I can be funny too. I’d love to do something where I get to be funny.