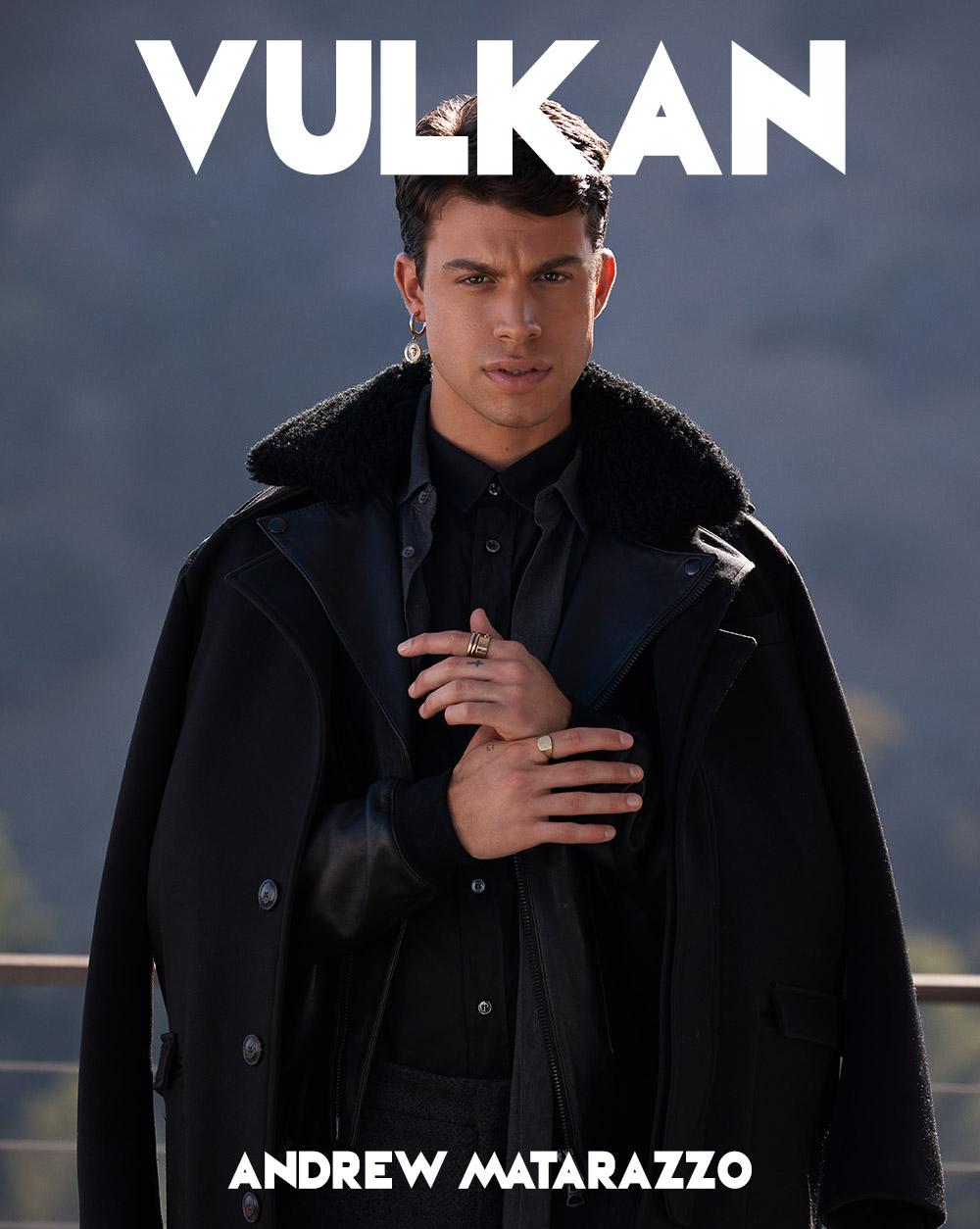 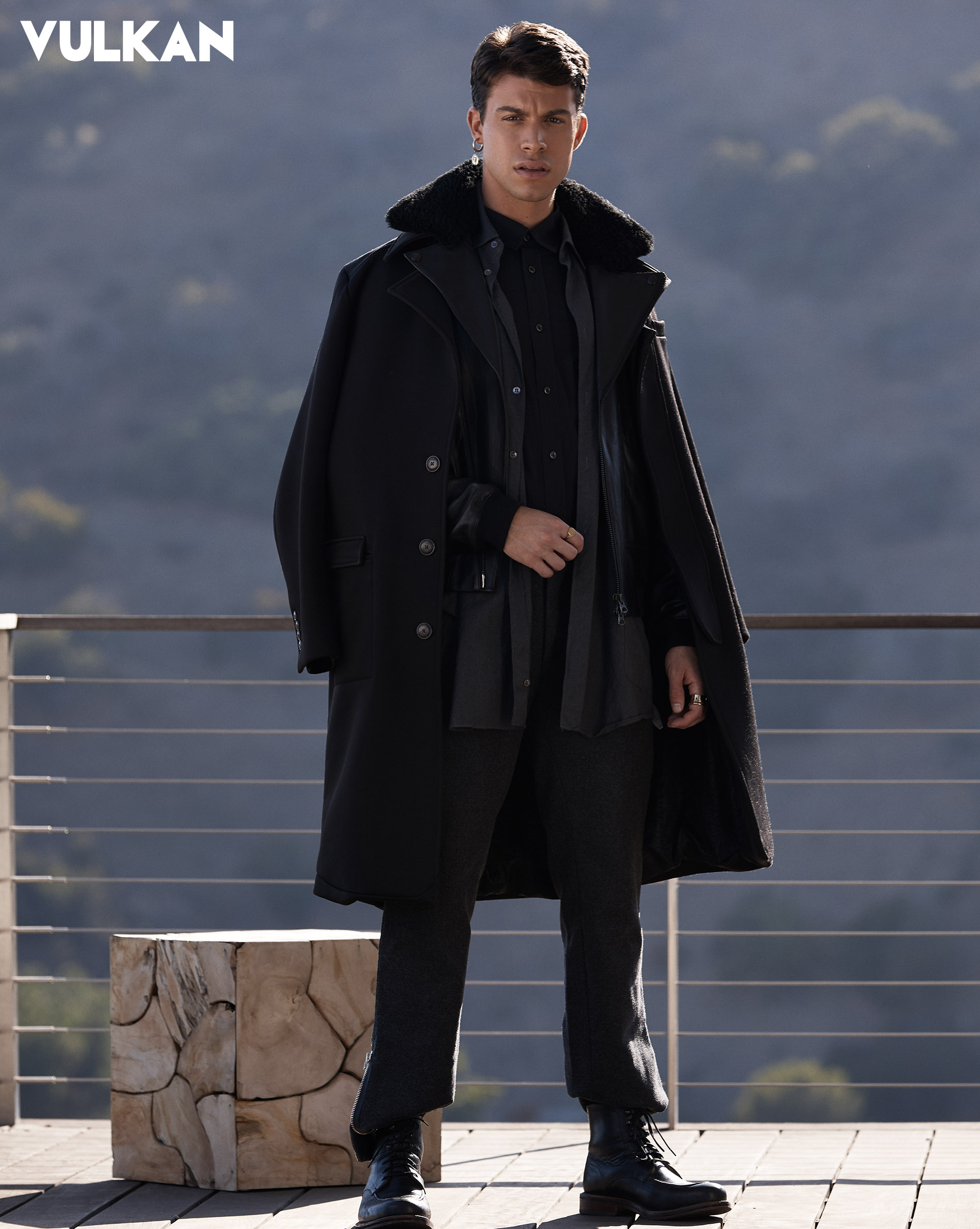 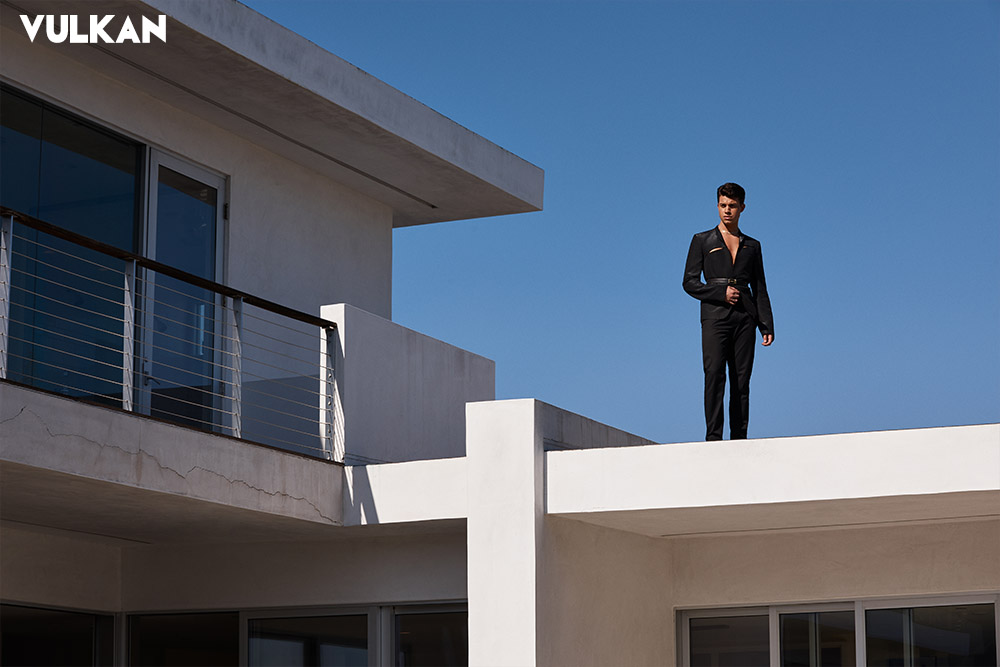 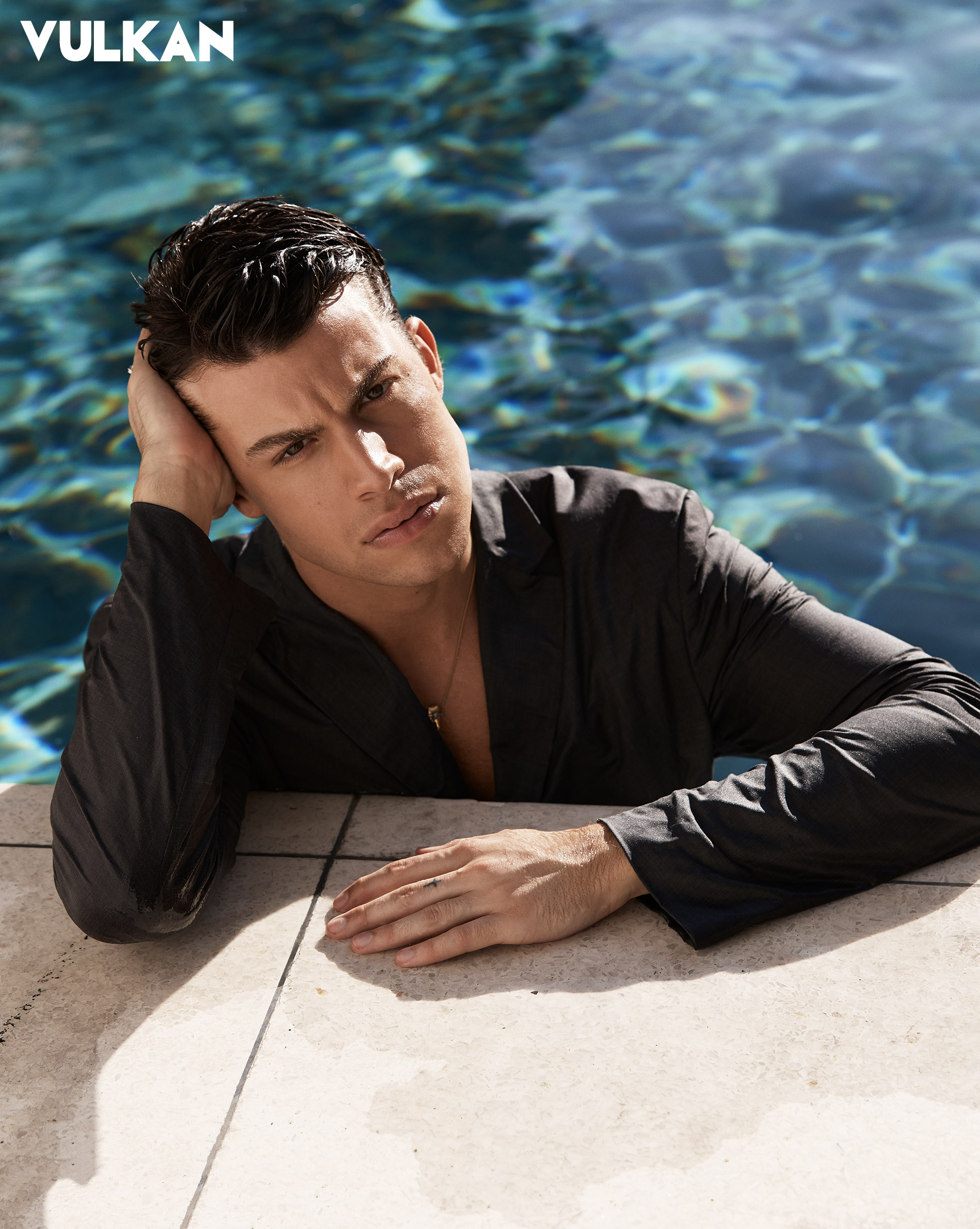 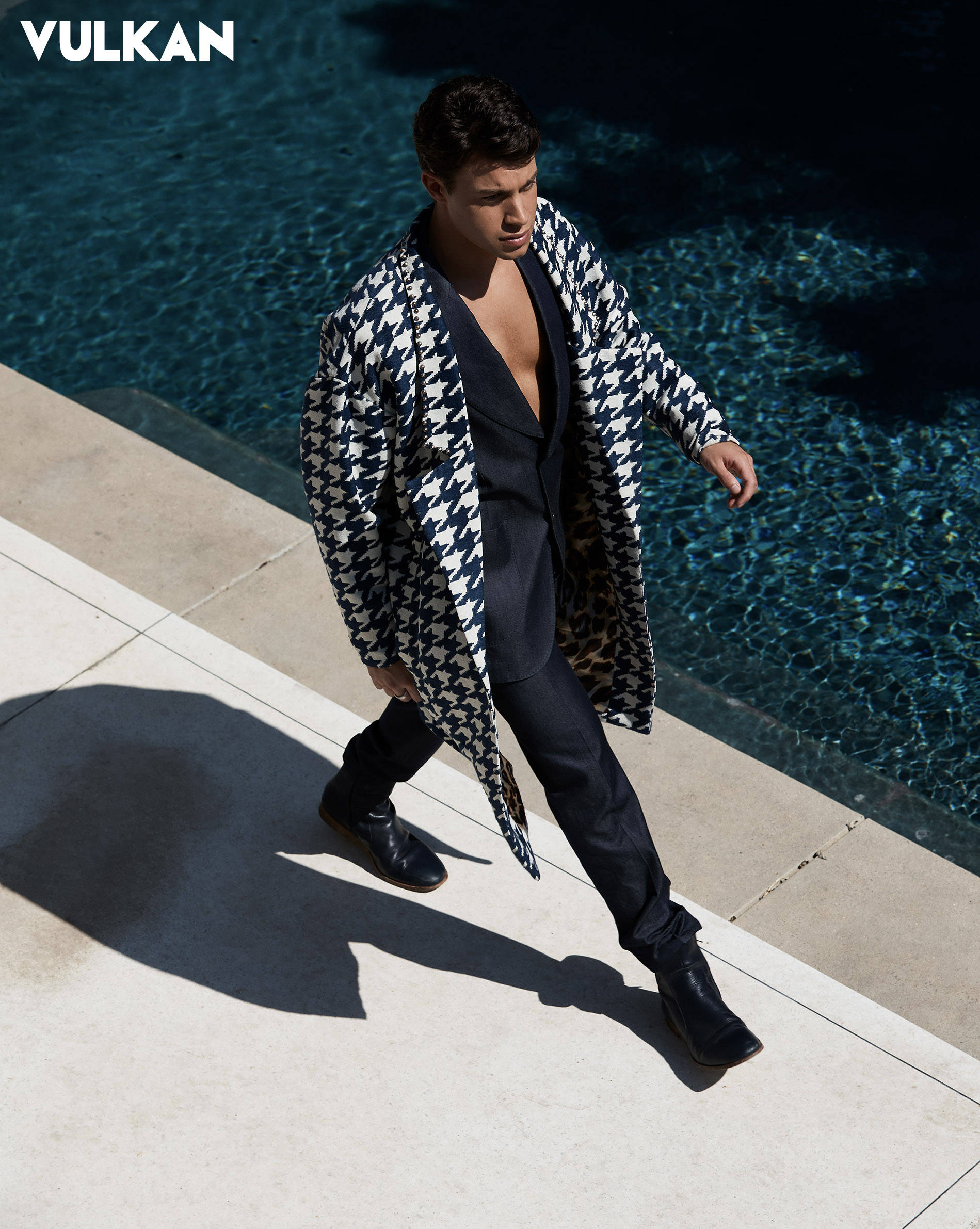 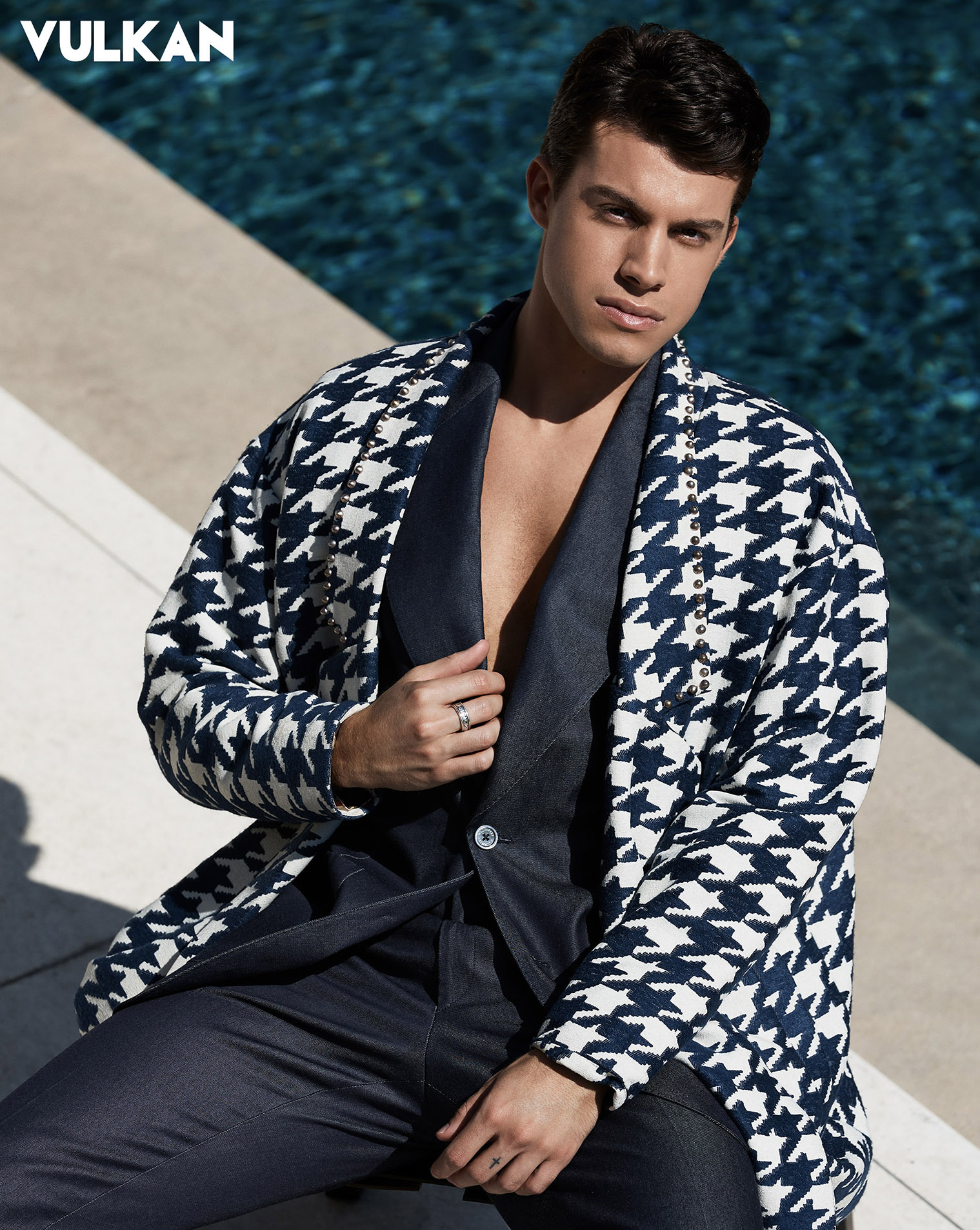 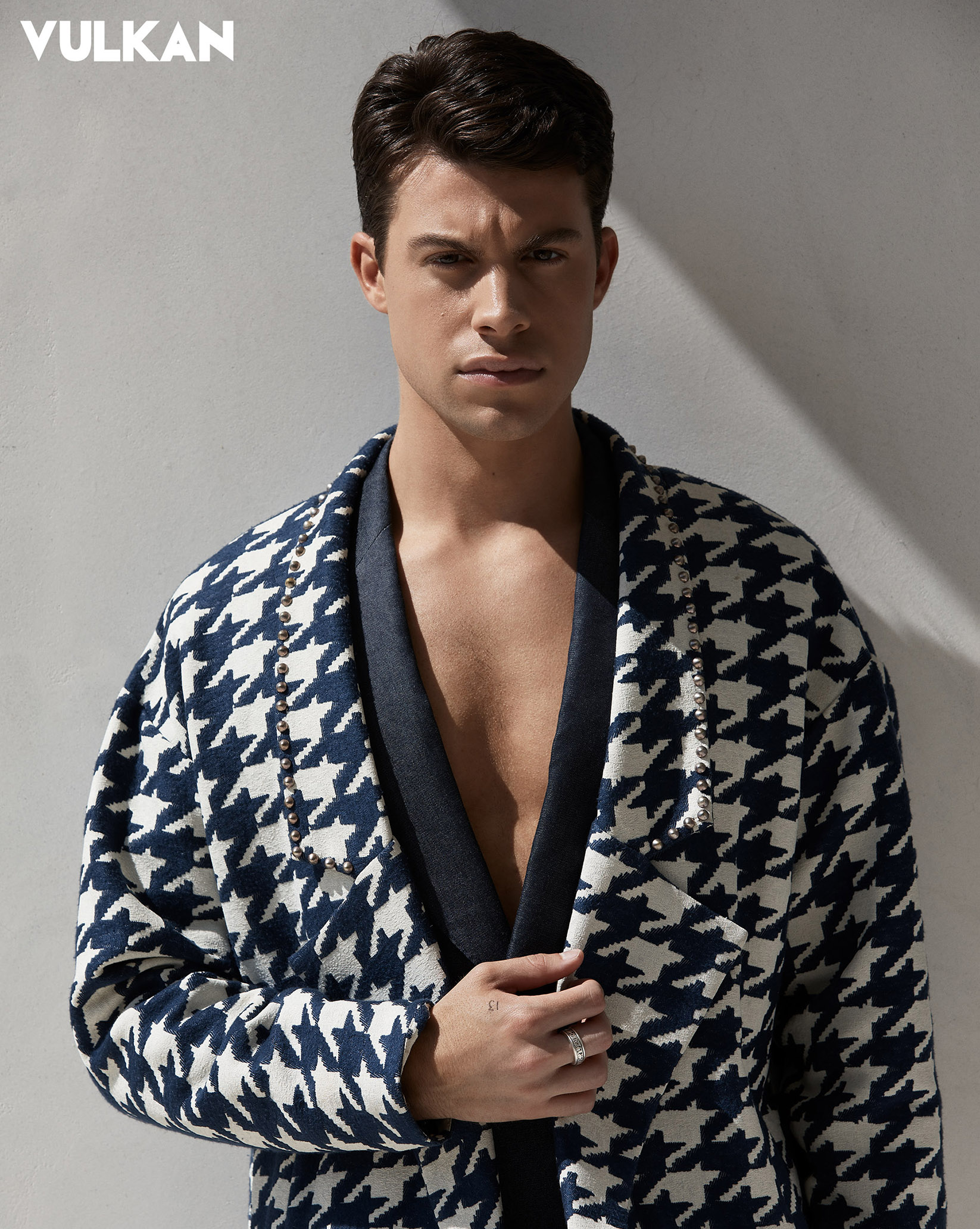 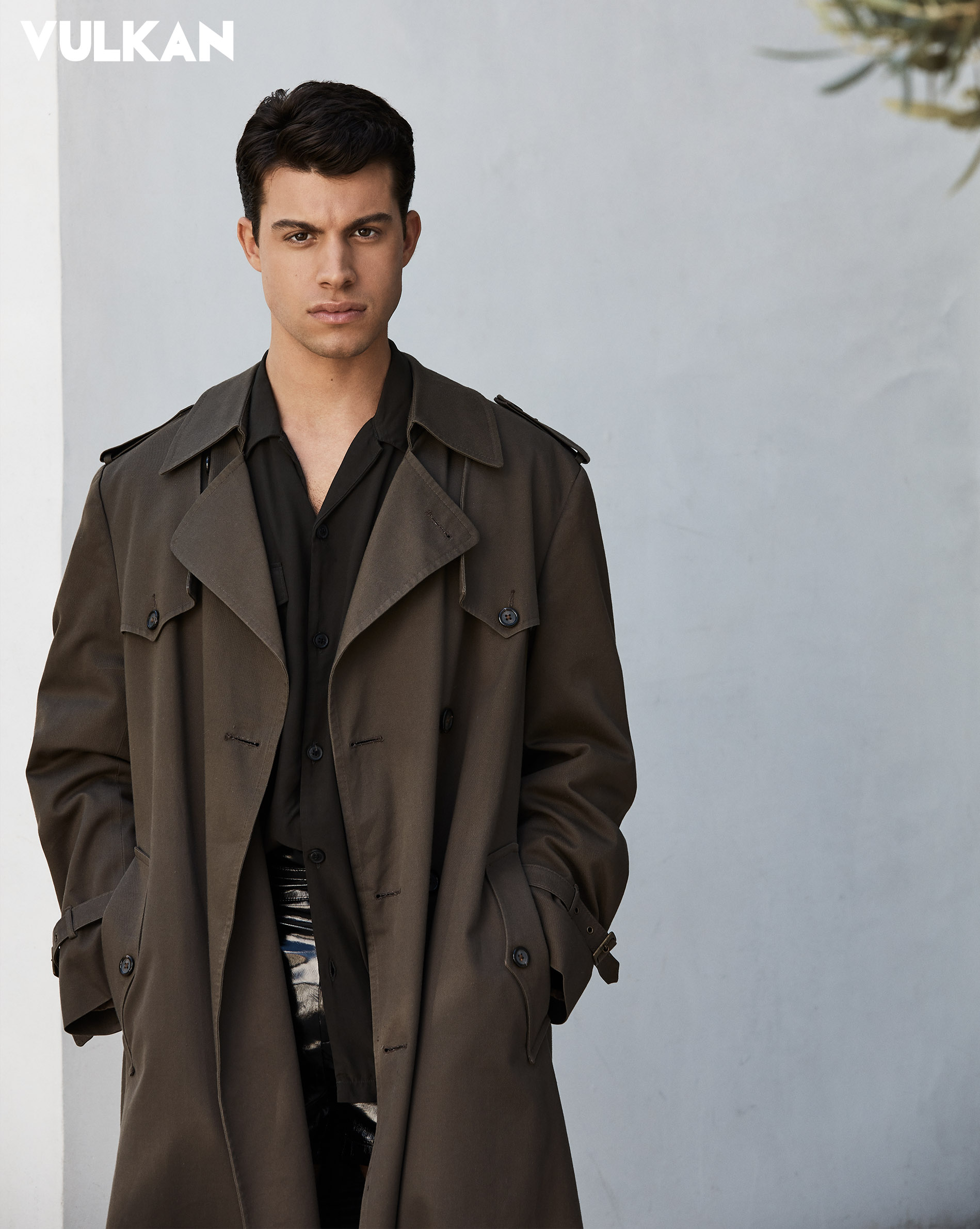 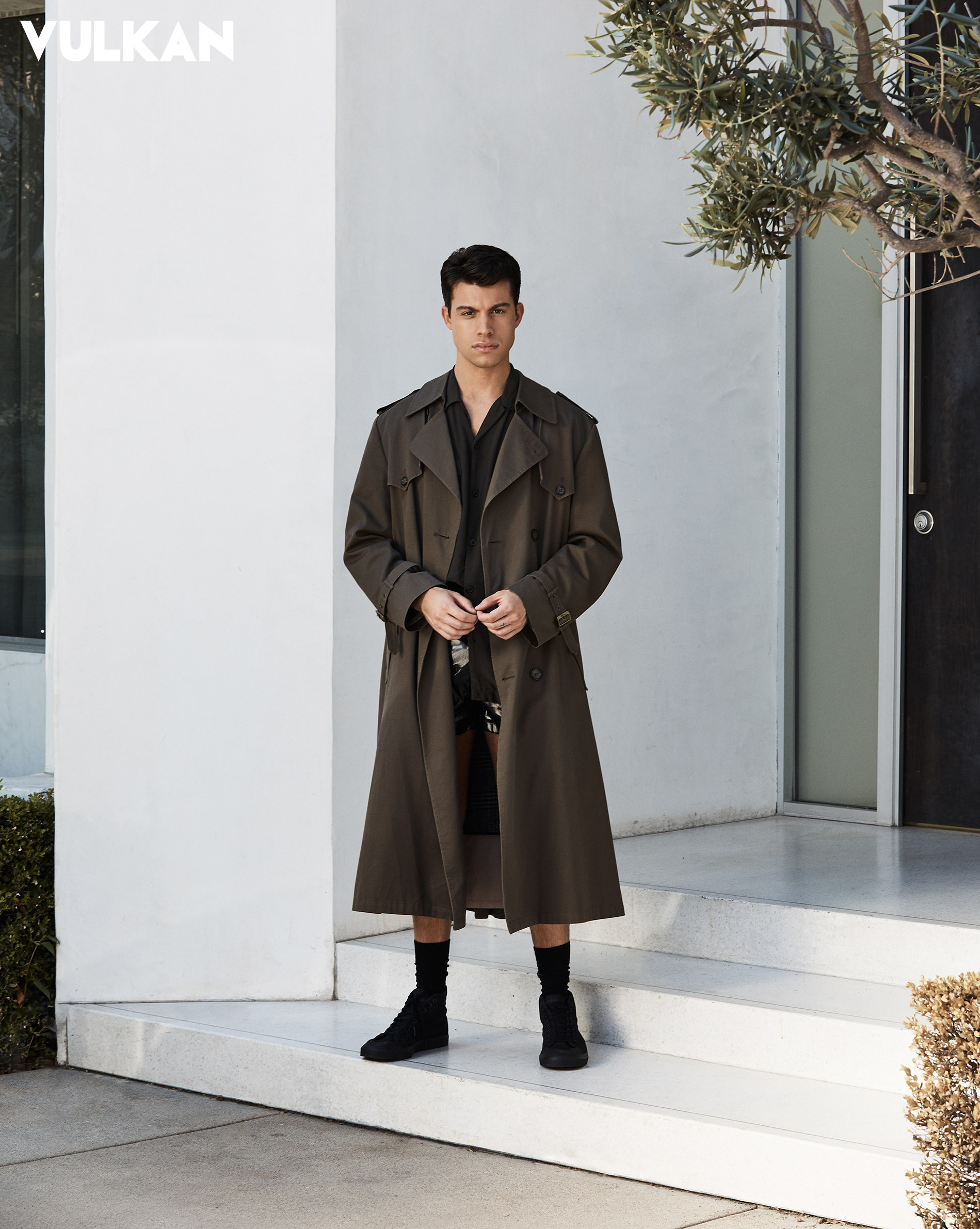 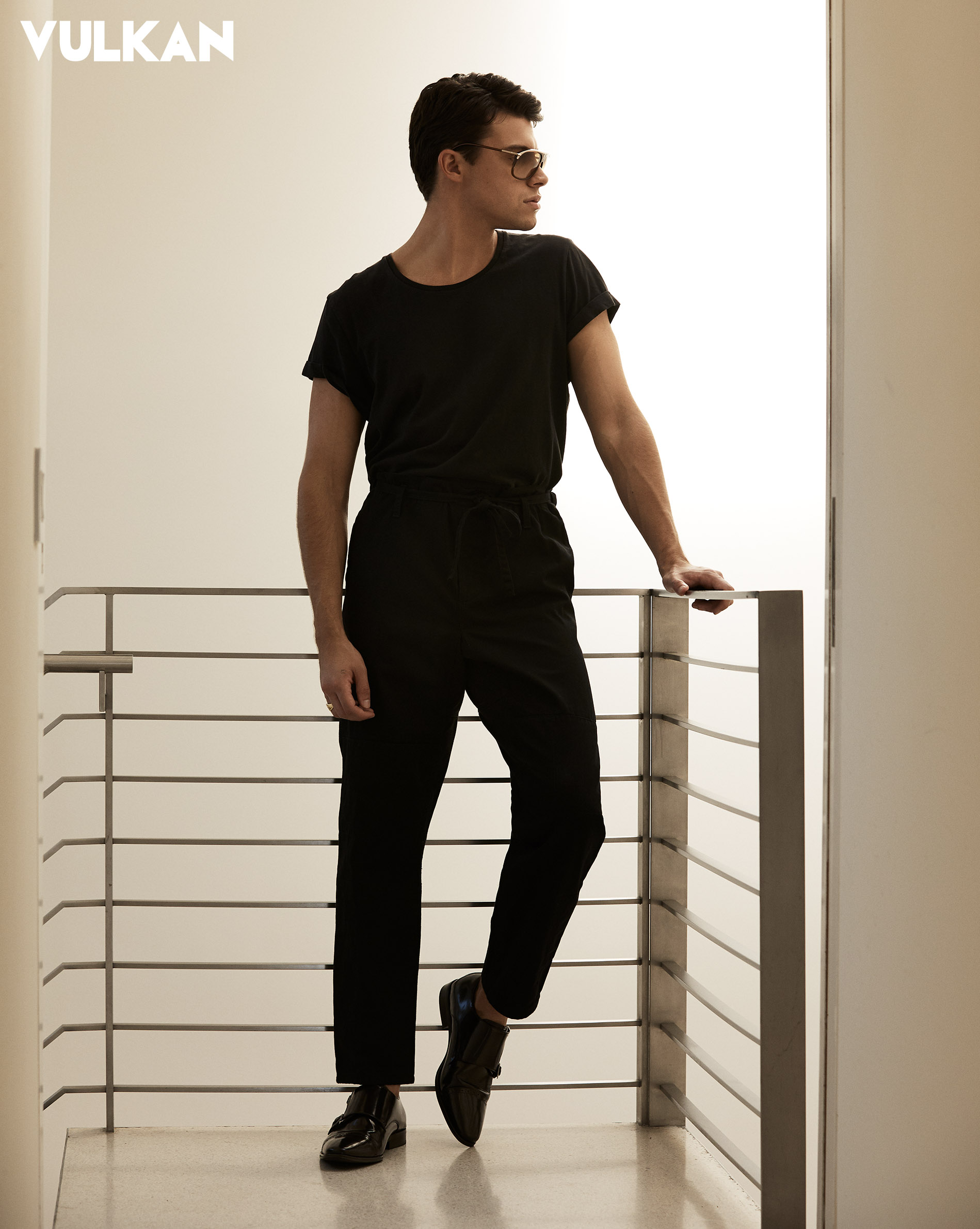 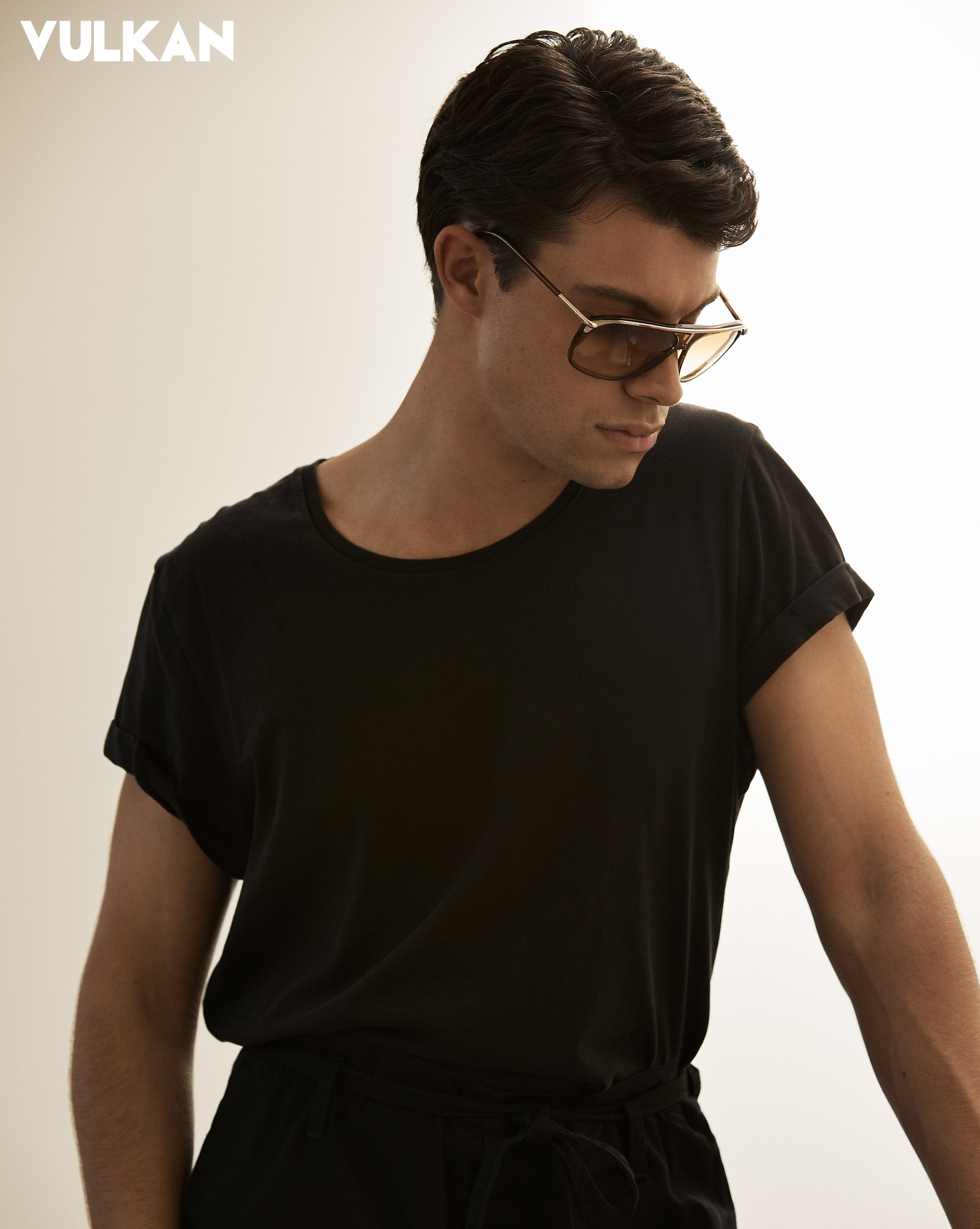 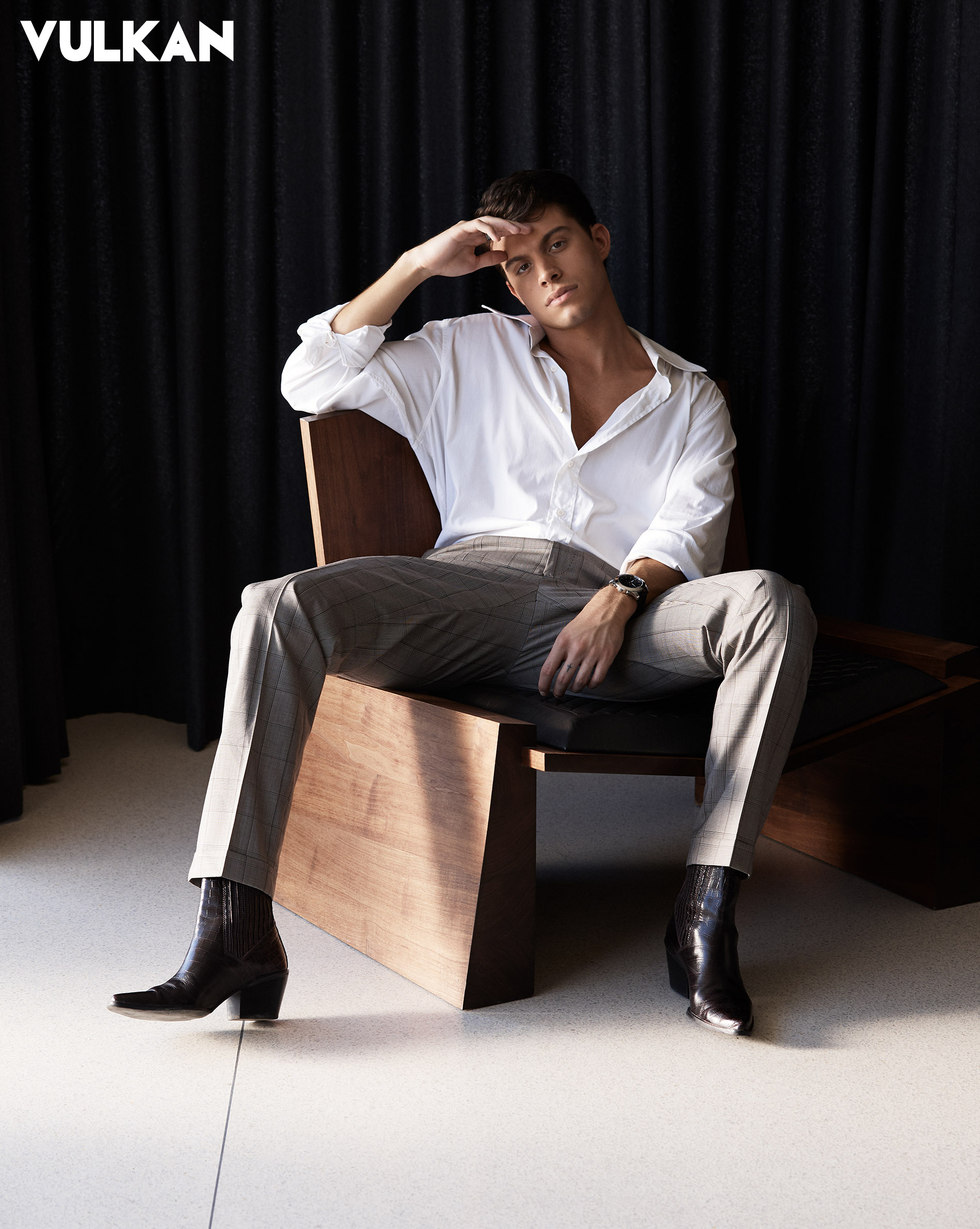 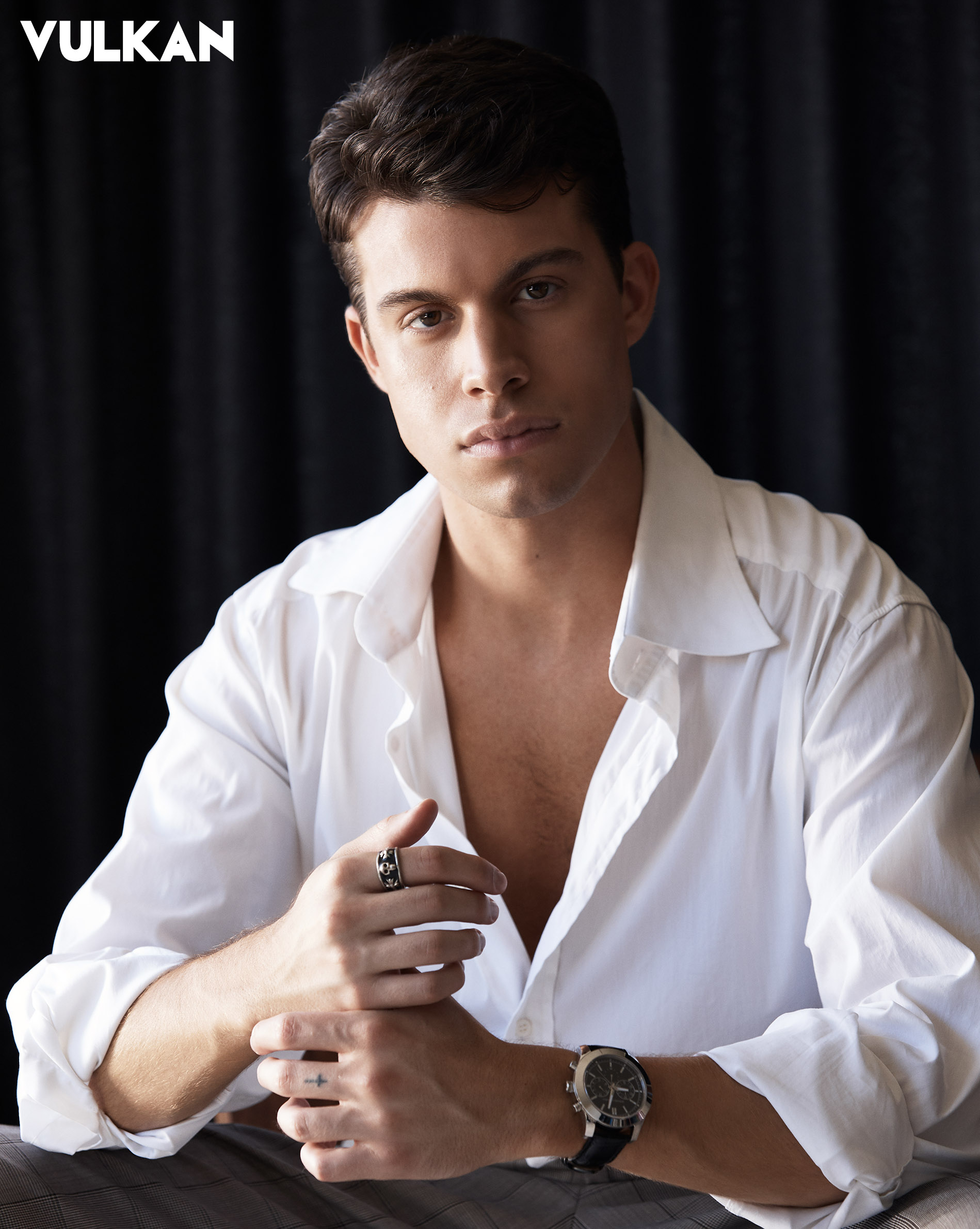 Getting To Know the Real Andrew Matarazzo
Soaking in all the beauty around him, Andrew Matarazzo continues to grow every day in his style, his mindset, his acting, and more. Acting is his passion which motivates him to push himself every day, no matter the challenges he must face. Being part of the Latin community, the young actor shares his thoughts on how the current industry is evolving for Latinx actors and how his own background has played a huge part in who he is. Andrew’s spirit is felt on and off screen, leaving those he encounters with a new perspective on life: a beautiful one.

Tell me, what do you hope to accomplish as an actor?
Whatever work I leave behind I want it to be broad and different from one another. I really want to make a living doing what I’m passionate about and I hope that through my work I can get to a point where I can choose who I want to work with, what types of roles I play, and even venture off into other things using my platform. I want to play roles that challenge peoples ways of thinking, even my own.

If you could play any role, what would it be? Why?
I would love to play a historical figure like Amadeus or King Tut. Period pieces really interest me because it requires the part of an actors craft that I’m most interested in, which is the studying, research, doing all the detective work to match the mind of a real person from a totally different world than my own.

Being part of the Latin community; how has that played a part in who you are today?
Even though I’ve spent a large part of my life in America, my blood and my culture identify a lot more with my roots. I love that my parents exposed me to different cultures growing up. In the last few years the industry has really opened up for Latinx actors and I’ve noticed a big increase in auditions and types of roles I go in for which has been incredible. I do think there’s still room for there to be different types of latinx people being portrayed on screen, and different stories. There’s a huge influx of diversity but within the diversity I find that it can get repetitive. There’s still a narrow idea of what the Latinx character should look like, or the story always being about immigration or cartel, and there’s a place for that, but I’d love for the diversity to open up even more.

Share with us a moment in your life where you felt lost. How did you find your way?
There’s been many times I’ve felt lost because being an actor is a career where you really have no control over your fate. All you can do is put in the work and the rest very often feels like its just divine intervention. There’re times where you can put every ounce of your passion into your work and get nothing back, and there’re times where you’re doing nothing and things just happen. And vice versa. It’s mentally and emotionally very strenuous. I don’t think I’ve, still, to this day, found my way, but I have learned what keeps me in the right direction. And that’s keeping a motivating, like-minded and loving circle around me and being incredibly persistent in putting my all into whatever is thrown my way.

Who do you look up to the most? Why?
My friends, they really inspire me. Everyone in my close circle are all doing such incredible things and I really feed off of that. It makes me want to do more and be better.

Describe to us your fashion style. What is your favorite thing about styling?
I find that my style shifts a lot based on what I’m being influenced by artistically at any given moment. Very often, TV shows I’m watching inspire how I feel and what I emulate in what I wear. When I was watching a show about the punk movement in England, I started having hints of it in my style. When I watched Game of Thrones, I felt like wearing more heavy coats and rings. Its not always consciously but I have weeks where I switch up my personal style and days where I want to try a different vibe than usual. That’s my favorite part about fashion and style, its an extension of how you feel and how you want to feel. And how you want to be seen.

Growing up, what kind of hardships did you encounter and how did you overcome them?
I really suffered in school from ADHD which is something that made me extremely hyperactive and unable to focus on anything. My grades were terrible in every class except art, literature and drama. I channeled it into characters and stories and drawings, but it was problematic for focusing on academic subjects. My teachers would call home daily. Later, I struggled with being able to focus on memorizing lines, reading scripts and getting distracted in an audition room. To this day its still a challenge, but when I studied with Tim Robbins he gave me such a wonderful piece of advice that has really changed my perspective on it. He said “you’re not having trouble focusing nor getting distracted. You’re actually extremely focused on everything and you see more than just what’s in front of you. Those are great skills for an actor. Its a power.” And I found it to be true. It wasn’t that I couldn’t focus, it was actually that I was hyper aware of everything happening around me. I use it to my advantage now and his words put a lot of the anxiety I had with my issues at ease.

You still have your whole life ahead of you: where do you plan on going next?
That’s what I love about life, we never know where we’re going next. Its exciting to me that the best days of my life are yet to happen. There’re still people who will be a big part of my life that I’m going to meet. I hope to keep fighting forward towards my goals and achieve them.

What is one of your biggest fears? Why do you think it is that?
My biggest fear is being put in a position where I can’t do what I love to do. The thought of being trapped in an ordinary life because of things outside of my control: that’s terrifying to me. I think it’s because I’ve always had such a strong drive and passion inside of me; the idea of it being shelved or let go is a huge fear. I’m going to make a beautiful life for myself no matter what it takes.

It’s five years in the future from today: where are you? What are you doing?
I have some more films and TV series under my belt, an album, have been part of at least one theater production, and either directing or writing something. Maybe both.