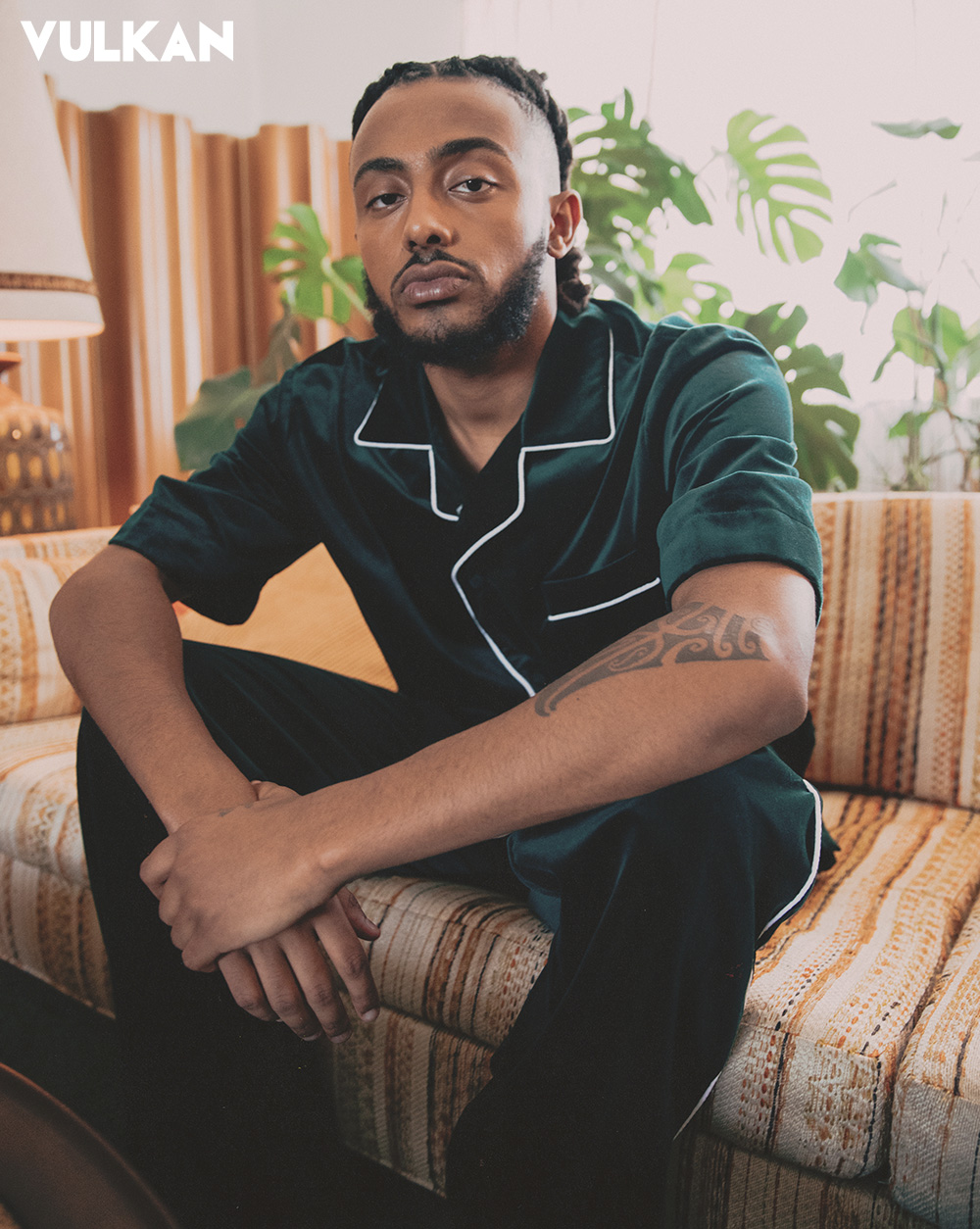 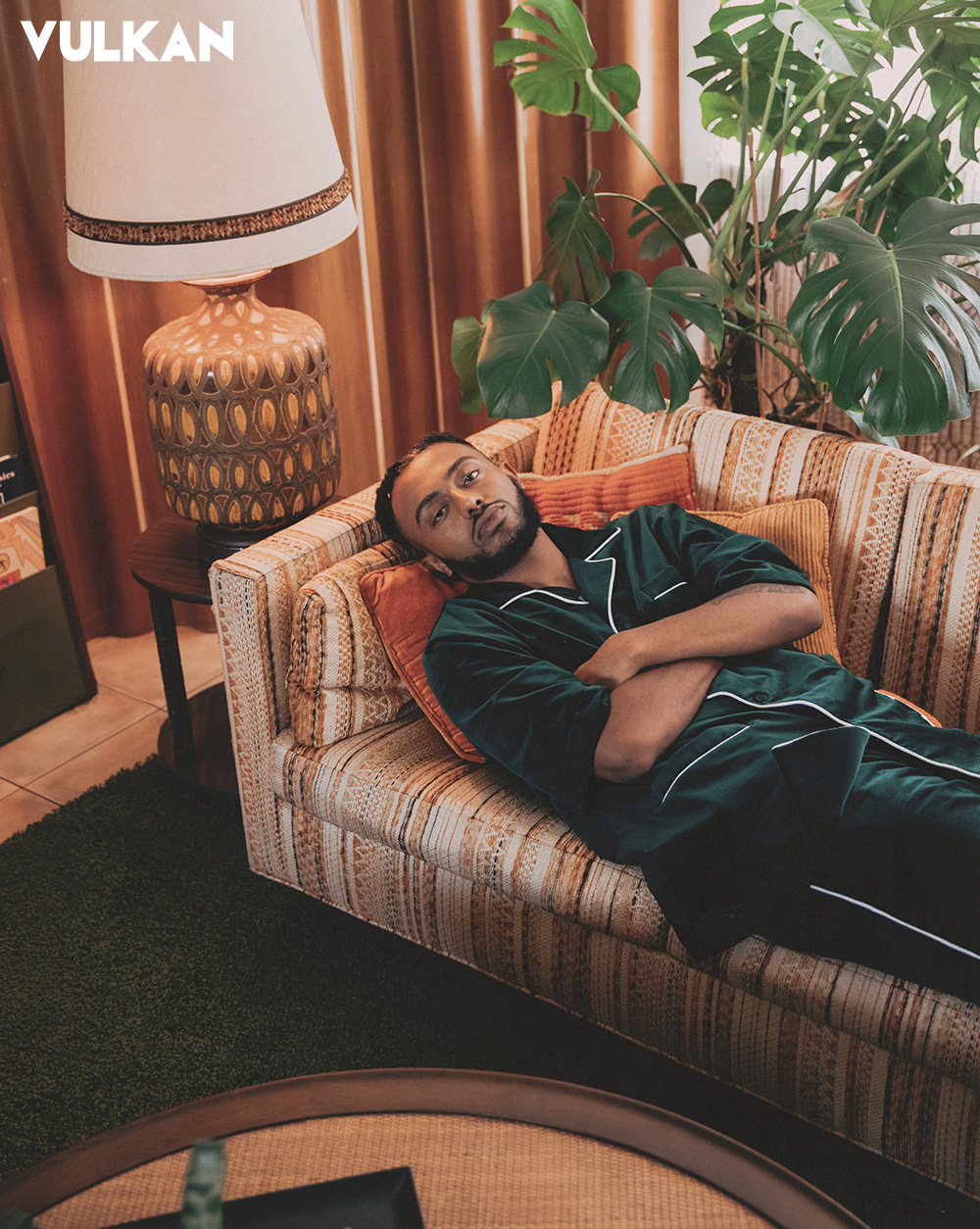 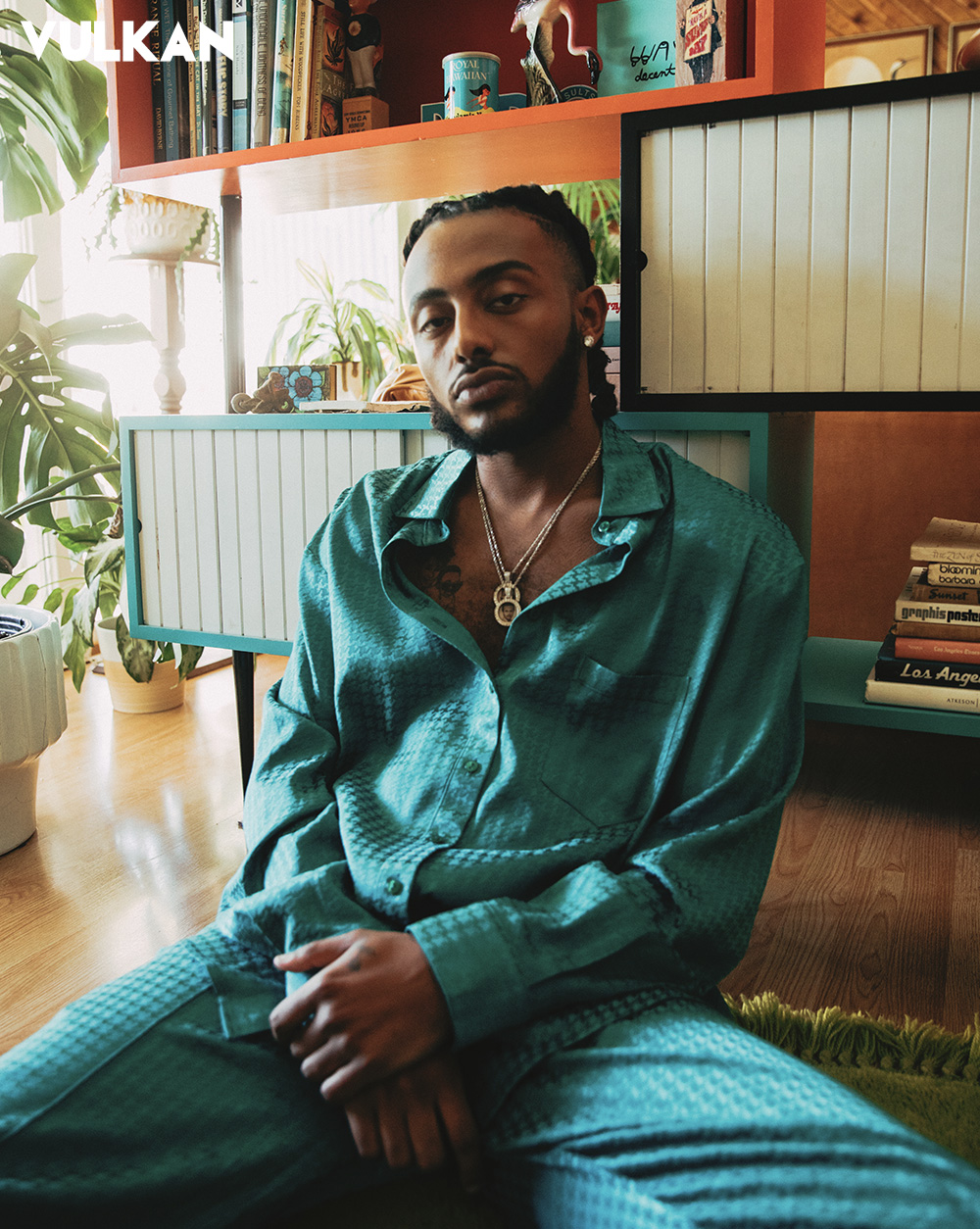 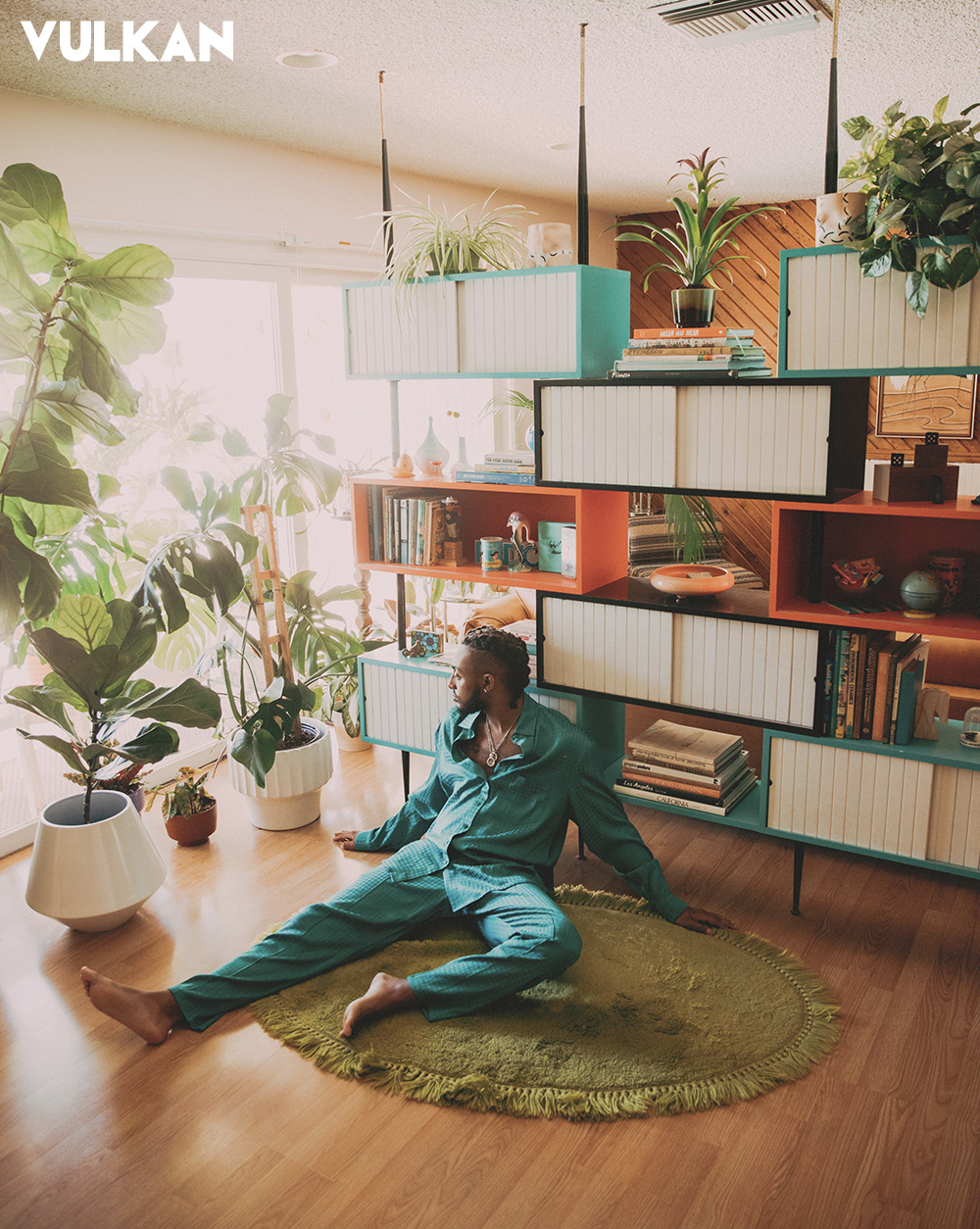 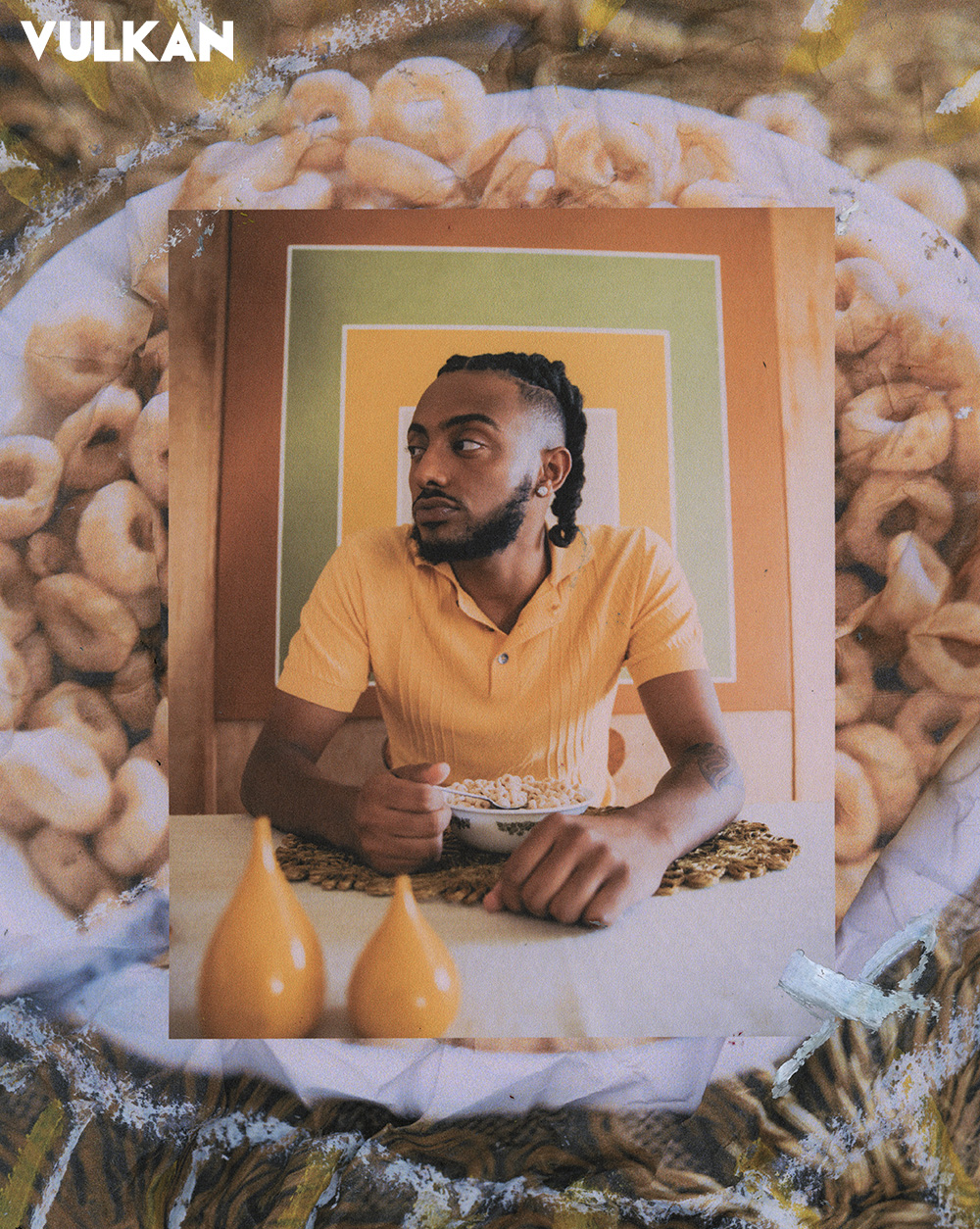 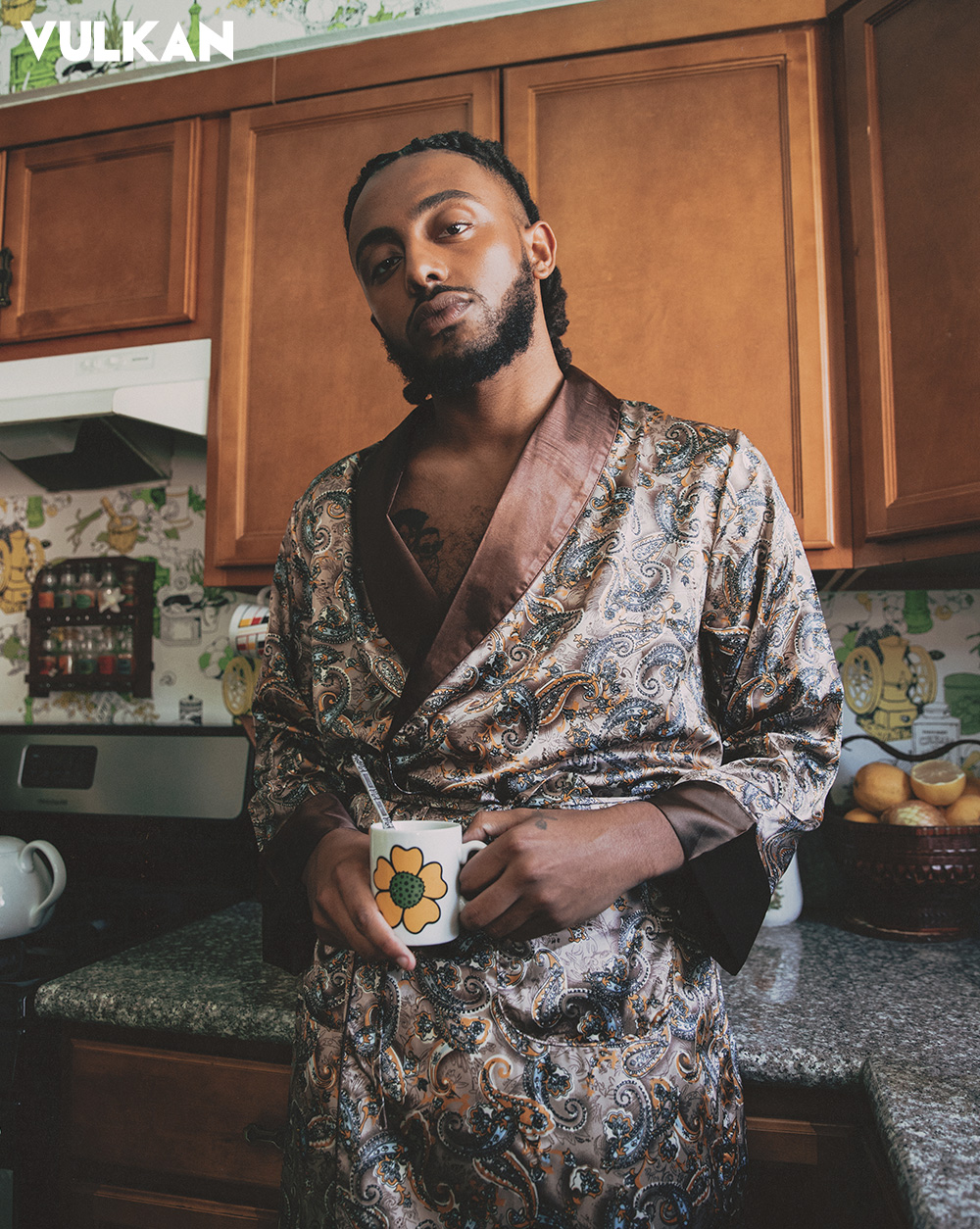 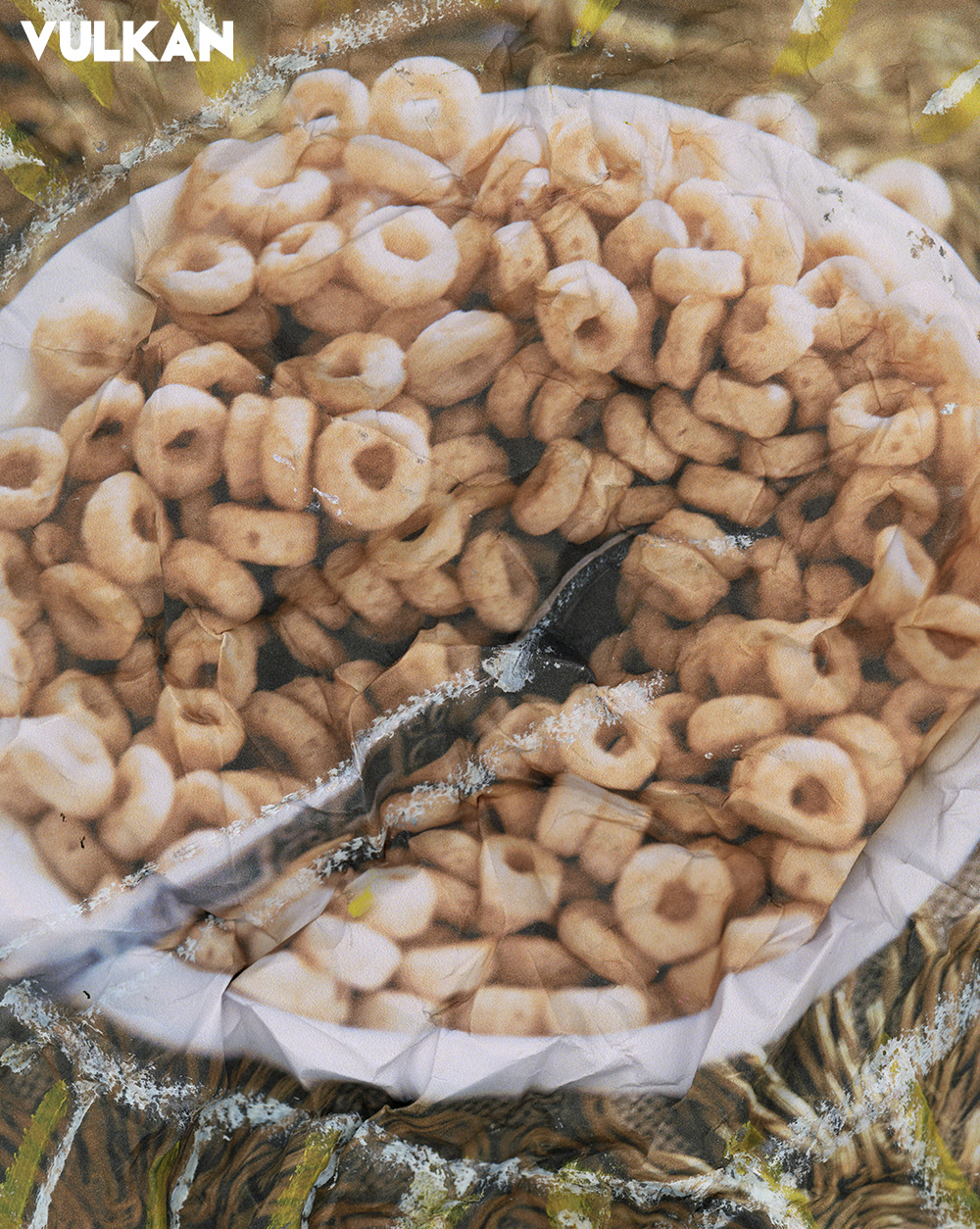 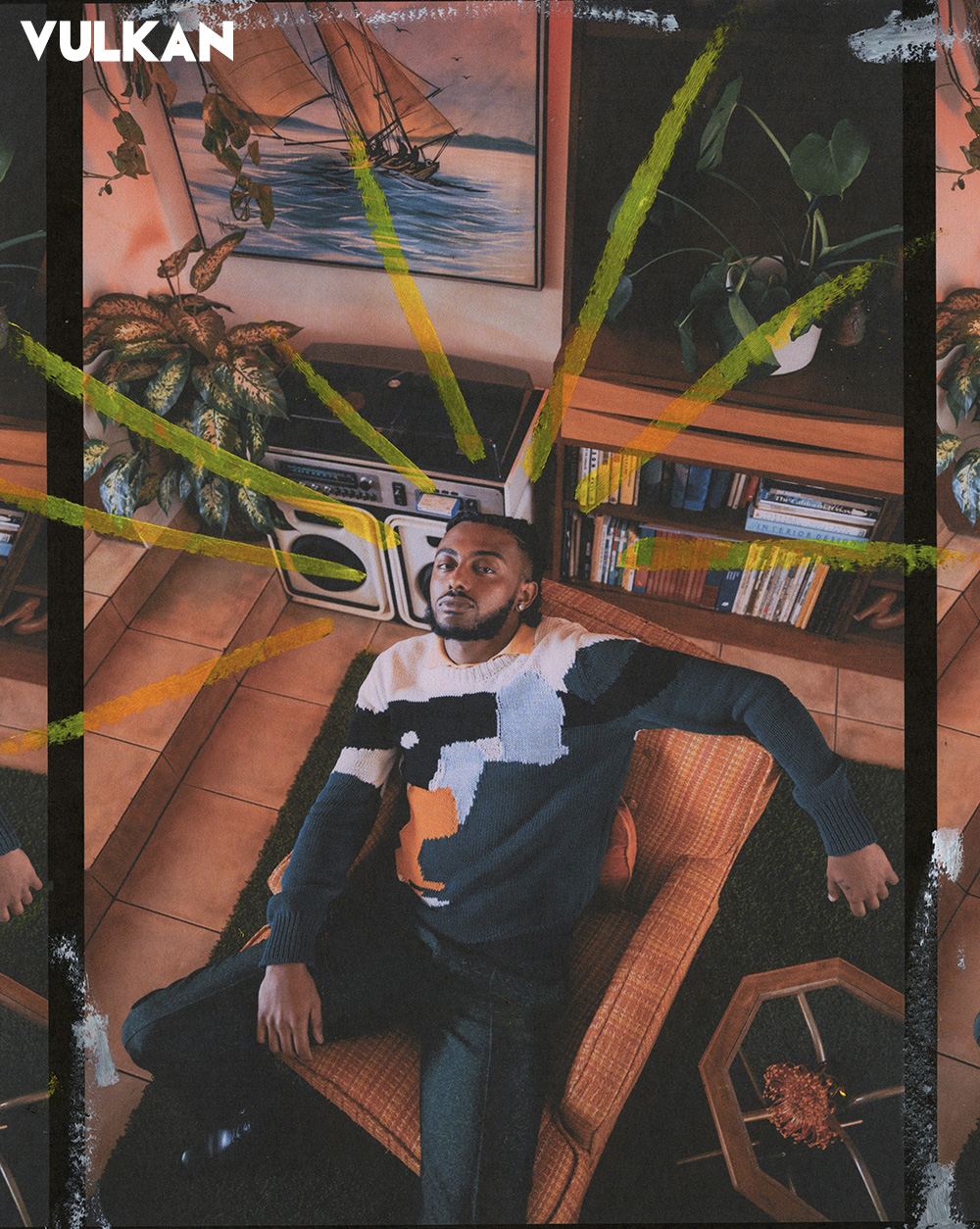 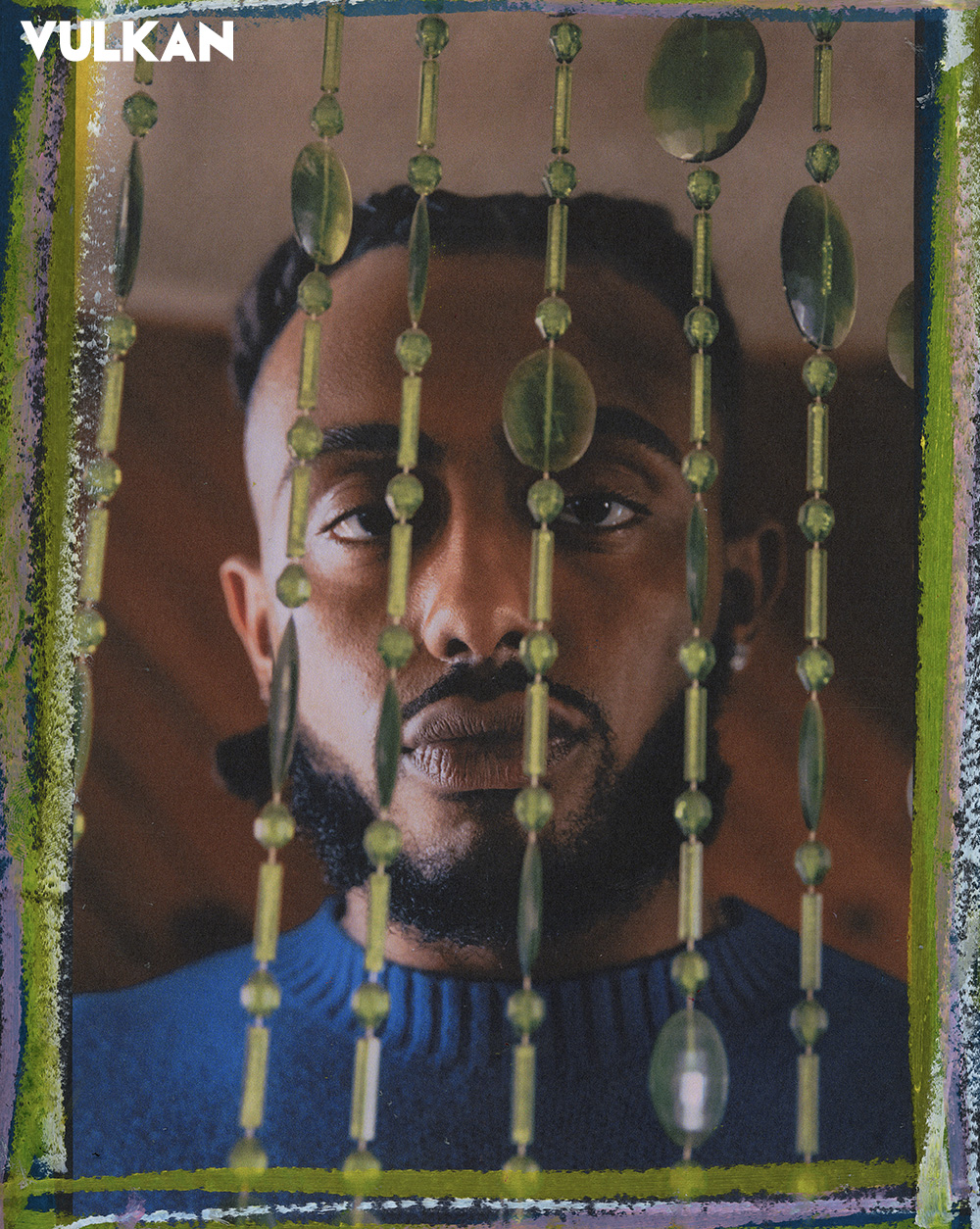 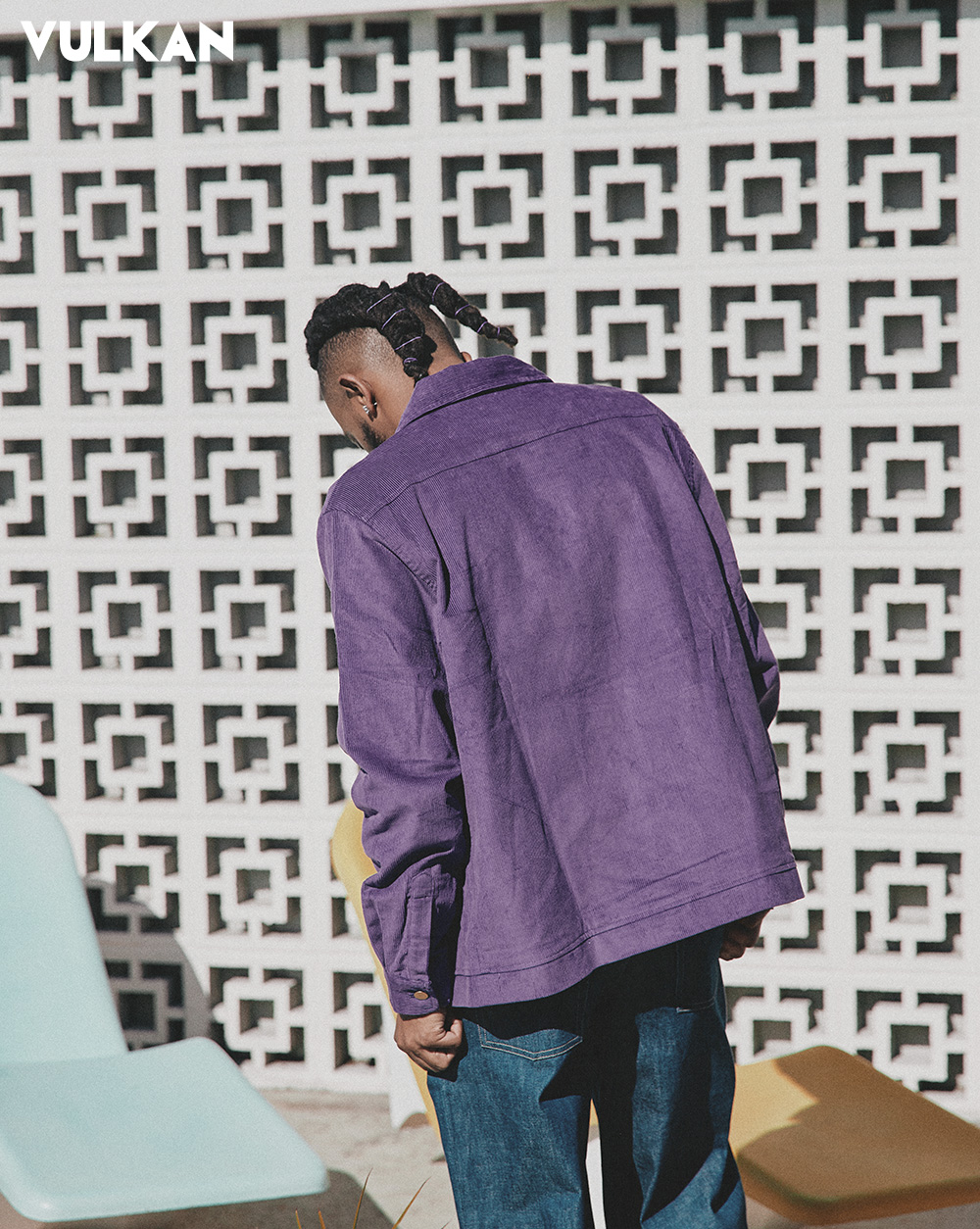 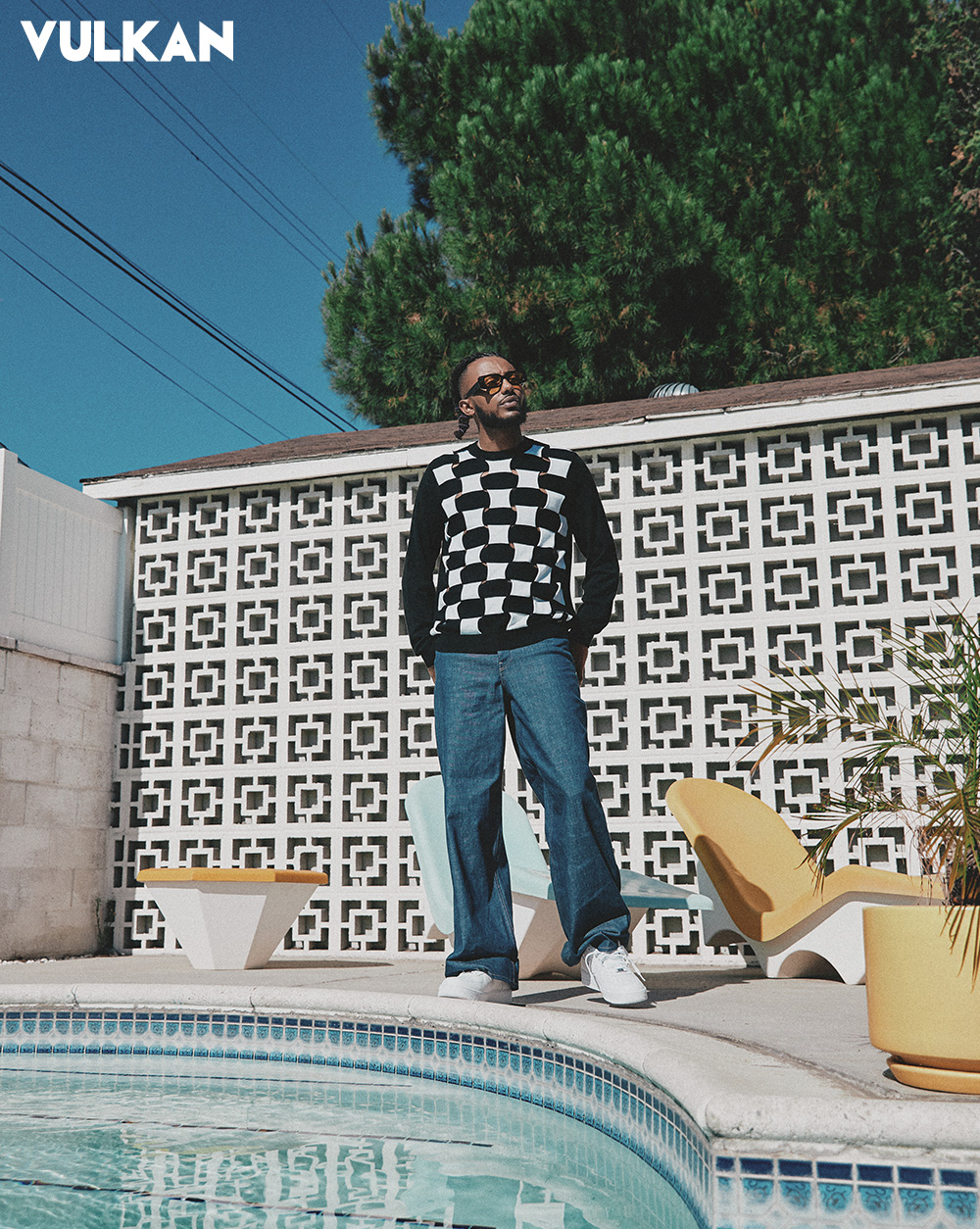 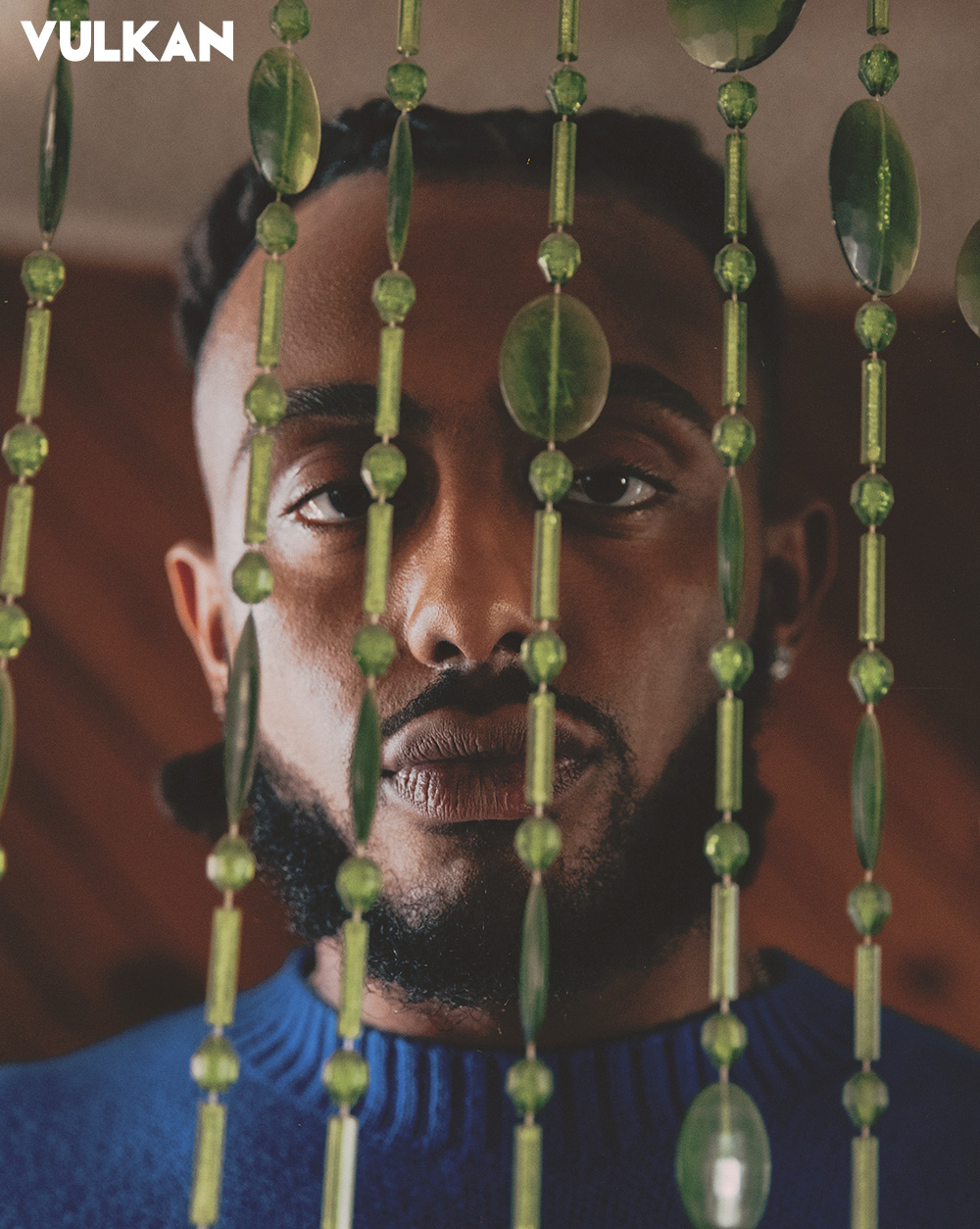 It’s Sunday morning. You and your family have just gone to Church and are back home. Your mom is cooking in the kitchen as loud music is blasting throughout the house. Anything from R&B to rap is  bouncing off the walls as you feel yourself being transported into a state of pure content. Music is your guide as it hits different parts of you a little more differently and a lot more deeply. Singer and rapper Aminé shared “I feel like in any African household, no matter the genre, the parents are always going to be very passionate about the music they love, so the children are always influenced by that. That kind of made me who I am,” he added while talking about his musical Sunday mornings at home.

When an artist enters the music industry with such a big hit as Aminé did with “Caroline,” there is no doubt that some pressure is felt. This pressure stems from the feeling of needing to produce songs just as good–or better than the hit that took off one’s career. However, the talented artist saw his debut differently, “for me, since my first song, I still don’t think that is my best song, you know what I mean?” he asked. It gave him the platform to be able to produce the type of albums he wants to give to his audience. “If I had come out the gate with an album like “Limbo,” I don’t feel people would have been ready for that,” Aminé opened up about. Every project of his is unique in its own way, giving him the opportunity to showcase his different musical talents for his audience.

Having recently released his album, Limbo, the talented artist felt that he had a lot to prove with it. Despite all the glory that came with his last releases, from platinum records to plaques and more, blessed as he is about it all, Aminé explained, “I wanted to make music that is timeless, that you could play for your kids 20 years from now.”  This album signifies his growth as a 26 year old man and artist. As he put it, “this one I wanted for sure to feel a bit more mature because that is where I am at in my life.I didn’t feel like I could be that same happy, joyful, careless kid anymore. I was dealing with real life and I wanted to put that in music.” Something we can all feel while listening to it.

The songs in the album relate to so many different situations, appealing to all types of people. For Aminé, one of his favorite songs from the album is “Burden,” because “it just feels like I really honed in on my rapper side as far as lyricism goes and it was something I was just really really proud of as a rapper,” he shared. “Limbo” is a musical journey of the past, present, and future for the artist but also for its audience. When listening to the different songs, it is made clear that different stories are being told which transport us to different places we want to be. Getting to this point in his life came with hard work and dedication, making it all the more special.

Before recording in studios, Aminé was just another young man trying to put his music out there to the best of his ability. His first studio session was in his bedroom as he did not have any sort of funding at the time. As he described it, “I had to do it there, buy a microphone, figure it out. Yeah, it was not easy and not fun. I was making really really bad music at first. I just didn’t know what I was doing so I was kind of teaching myself through Youtube tutorials, friends telling me what I should be doing and me recording myself,” a big learning process for him. But that is what makes it all the more fulfilling and impressive. A self-taught artist, when Aminé finds himself in front of the microphone, it’s just him, the music, and what’s inside of him.

Speaking on up and coming artists, Aminé explained how many can feel discouraged in the first couple of years but for him it was not the case. When he had his first real studio session, there was a lot of money put into it and a lot of pressure but that didn’t scare him off. After all, he shared laughingly, “it was just funny to see our money go down the drain for a big studio because we wanted to feel like real artists. But we didn’t really need that and it was a great learning experience.” If you are coming up as an independent artist and have little money, the experienced artist realized that all you really need is a microphone in your room: “that is just going to ruin and discourage all your confidence,” he admitted. So, to you future singers and rappers…get that microphone set up, roll on out of bed and make some music!

Whether you are the singer or the listener, it’s safe to say that music truly has a strong healing element to it. Growing up, Aminé felt down a lot of times just as many Middle/ High Schoolers do and it was by listening to his favorite artists that he was able to keep moving forward. “One of J Cole’s first mixtape, “The Warmup” and Friday Night Lights were mixtapes I could really relate to coming up in High School,” he shared. “It was dope to hear somebody who was kind of the same guy as me.”  We all have those artists whose music resonates with us deeply and for Aminé, he hopes he can do the same for his audience. This desire to transcend as an artist stems, once again, from his parents’ influence.

Aminé’s father always stood by Bob Marley and thinks he is everything. As a young boy, the artist grew up hearing his father play Bob Marley’s music non-stop and proudly represent his music as he believed people needed to hear it. That level of love and admiration was engraved into the future artist, “that type of relationship with an artist is like the kind of long-lasting effect that i would want with my fans, 10 years from now. I want them showing their kids my music or whatever it is, I just want to be able to, when I am dead, to have something that will live longer than I would,” he said with passion. Music goes beyond signing record labels and being the hit artist of the week… For this young artist from Portland, music is a way to spread messages and to, hopefully, heal others in some way.

Growing up in Portland as an African-American man proved quite challenging for him and his community. As he said with a chuckle, “for me it was bittersweet growing up in a place like Portland, Oregon because as you see protests and as you see such a liberal state as the media portrays it to be, Oregon is a really racist state and was never really open to minorities being there.” He never felt truly welcomed growing up which doesn’t change his love for his city… It simply opened his eyes to major changes that need to be made. Neighborhoods after neighborhoods are being gentrified, Hip-Hop shows were always cancelled while Indie-Rock shows were still being showcased. Minorities never feel comfortable nor safe in their own hometown.

When Aminé filmed his love letter to Portland through the music video for “Shimmy,” there was one specific moment of the video that touched his heart and portrayed an important message. During the bike riding scene, the artist and his friends found themselves shutting down a street that was gentrified causing a lot of confusion for the bystanders. As he spoke on this moment, he expressed, “not only all the black businesses that were on that street are gone, but there are thriving, you know like “Salt & Straw,” and all these white-owned cool businesses and hipster things and it was cool to shut that whole street down as a black person and then perform my rap song on it.” Through his music, Aminé was able to give a voice to those who needed one.

A young artist from Portland, Aminé’s artistic journey started before he even knew it and as he makes his way to greatness, he does so with much love and light. Hoping to inspire people and promote change, there is no doubt that his music will live on for generations to come. Blessed for his success, Aminé remembers where he came from, who he is and uses it to heal the world around him. Very soon he will be on the Jimmy Kemmel show which he is very excited about as his album continues to take over. Happily, he said, “people can expect a lot of Limbo: whether it be videos, performances, collabs, they can expect this album to be elevated in the most prestigious way.”

As we continue to see progress happen at a slow pace, it is crucial that we come together as one…now more than ever. Our differences are being shunned when in fact they are what make up the beauty in this world. Speaking on this, the dedicated artist shared “for you everyday people, I think the biggest thing you could do is speak up. To me, the biggest thing is more so white folks in power who can actually make a lot of change and decide not to and turn the other way. That is who I would love to make some type of change.” And as we continue to move forward in time, we must never give up or keep quiet. Scream, speak, sing, dance, protest…Whatever it is, do it. It’s time for this hate and ignorance to cease as we are in 2020 everyone. No one has the right nor power to belittle someone else.