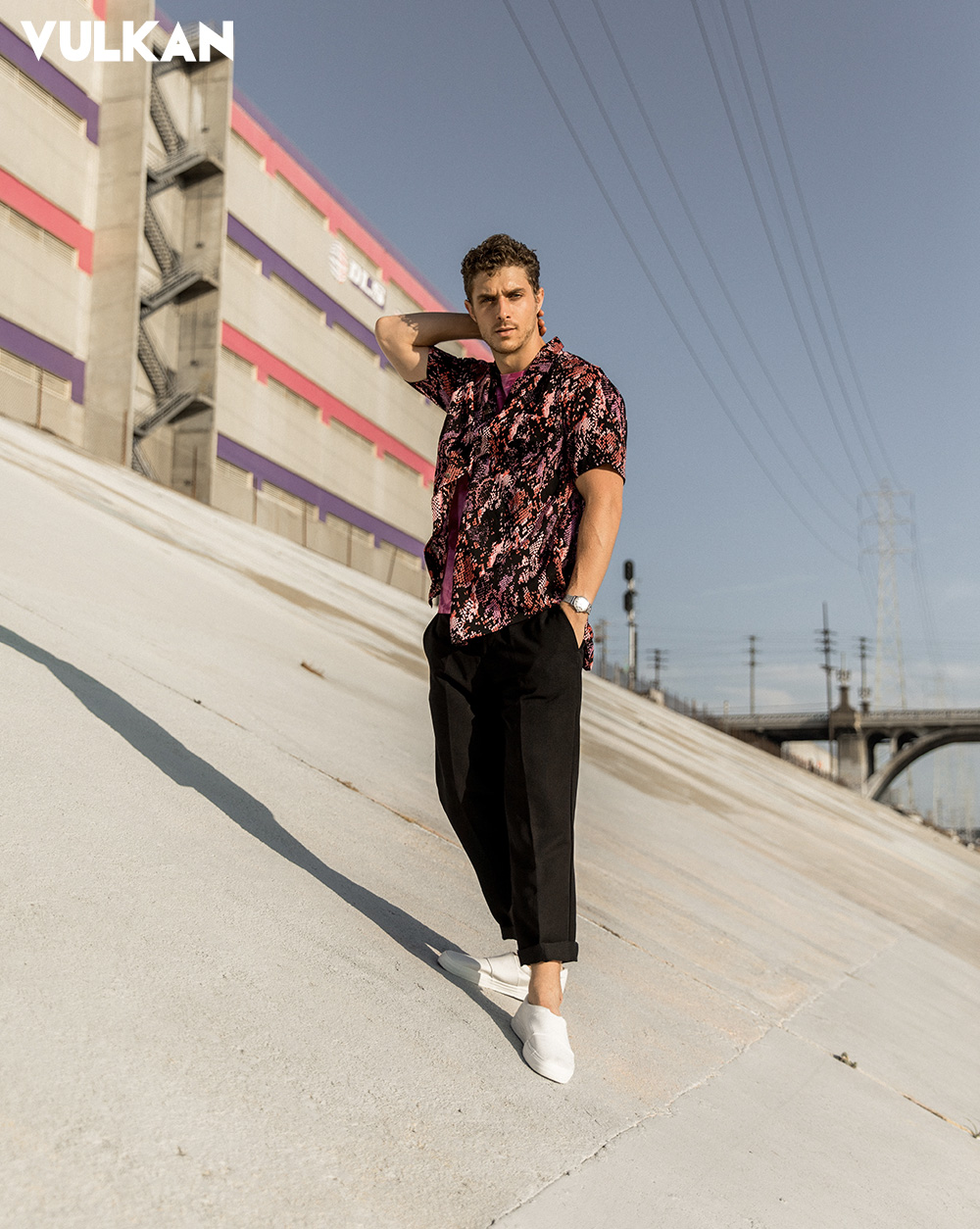 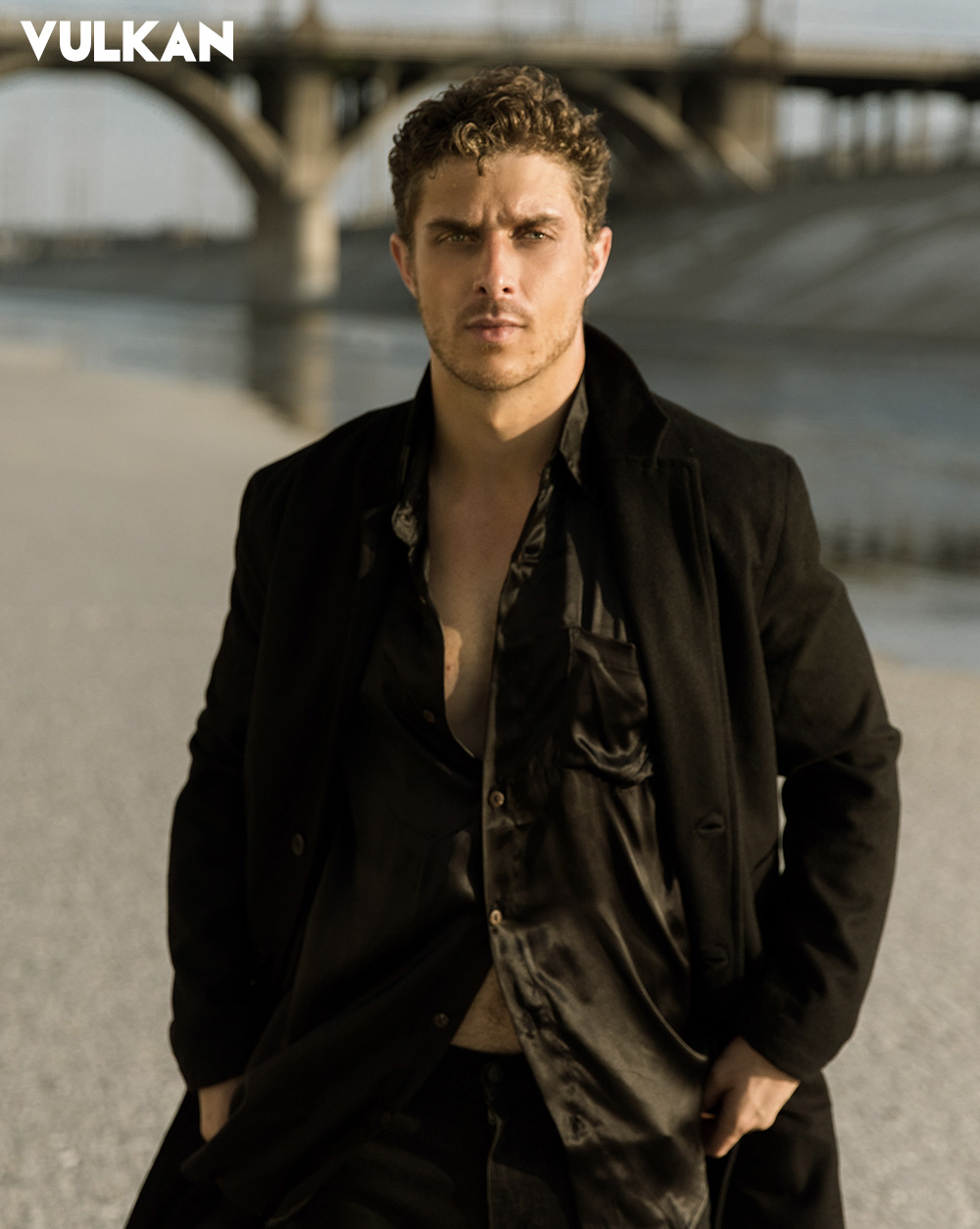 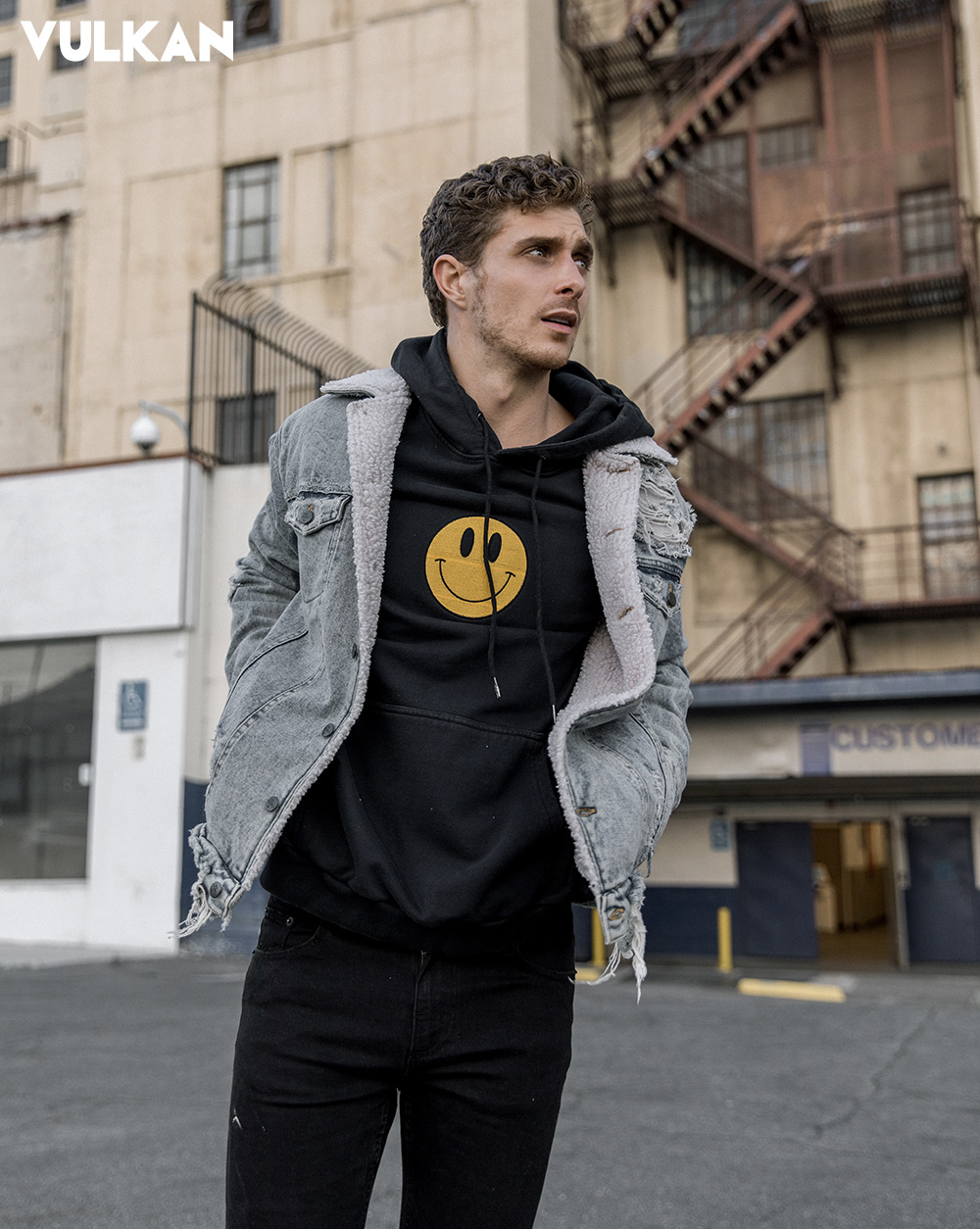 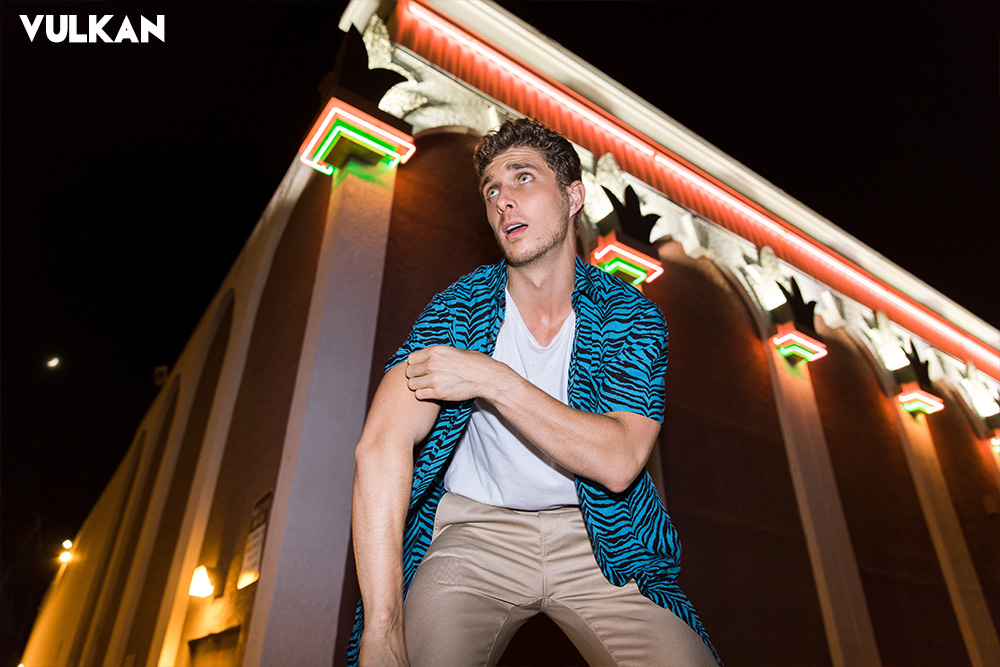 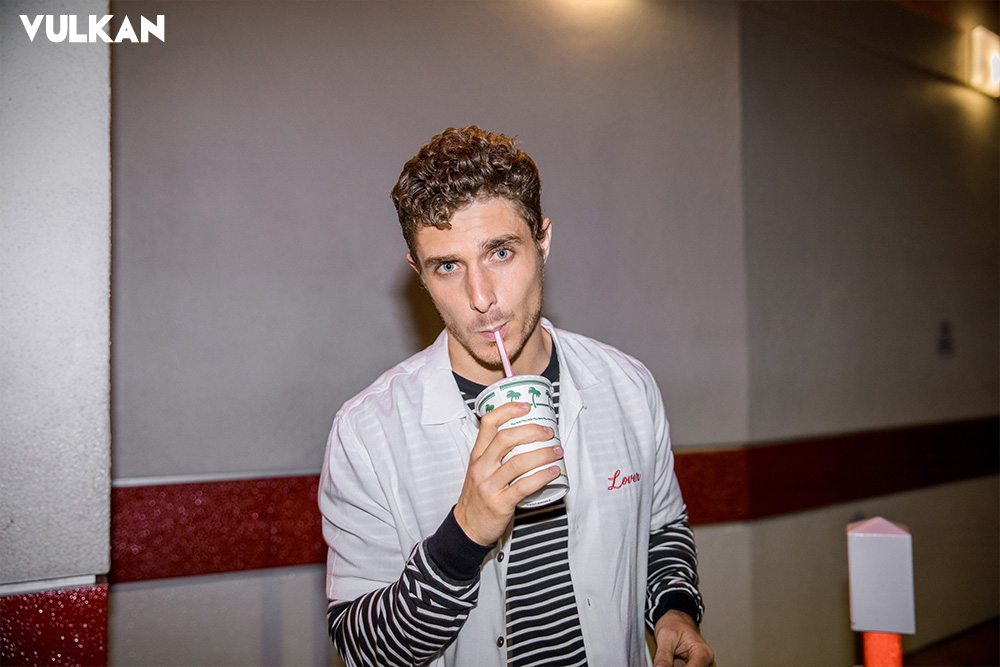 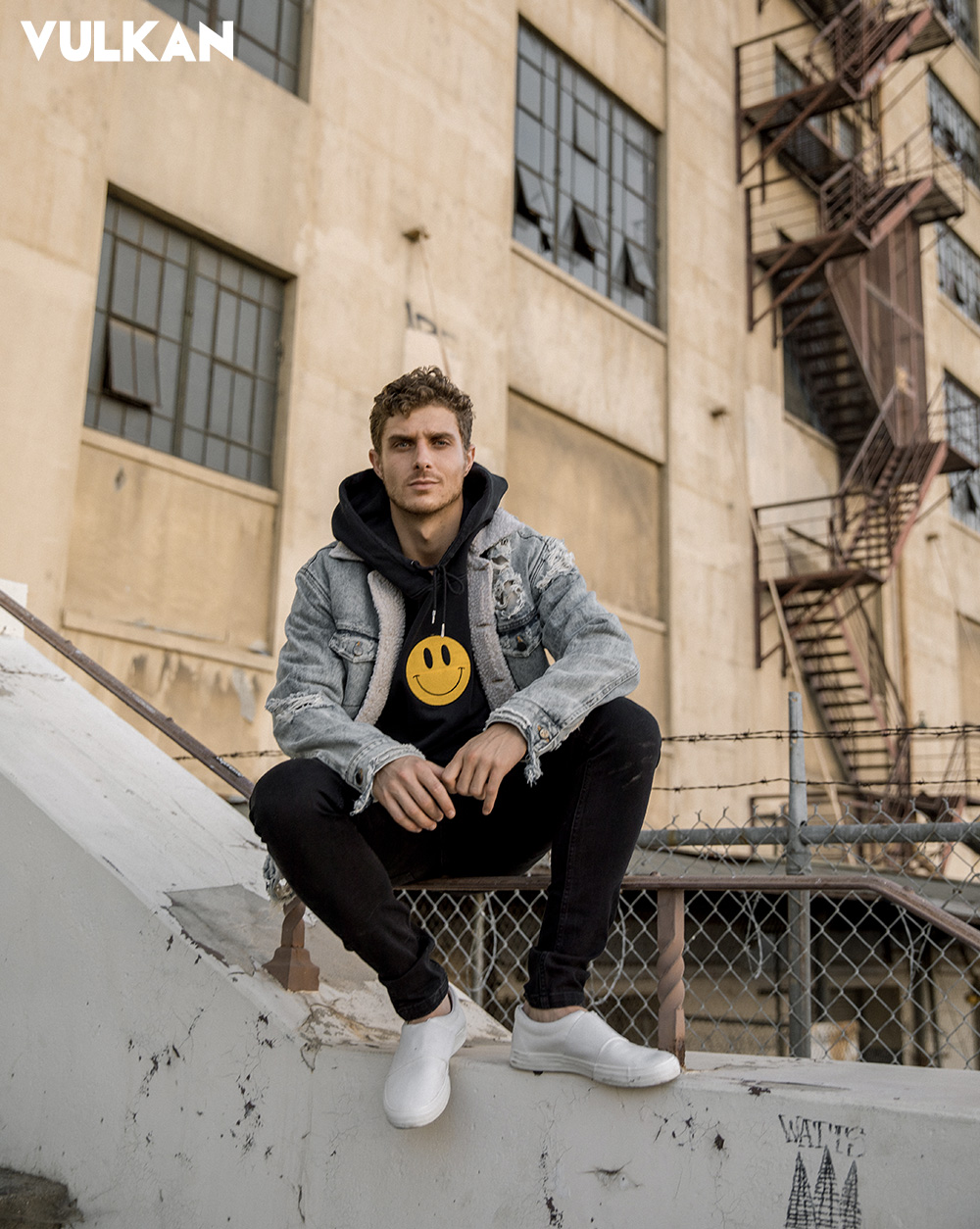 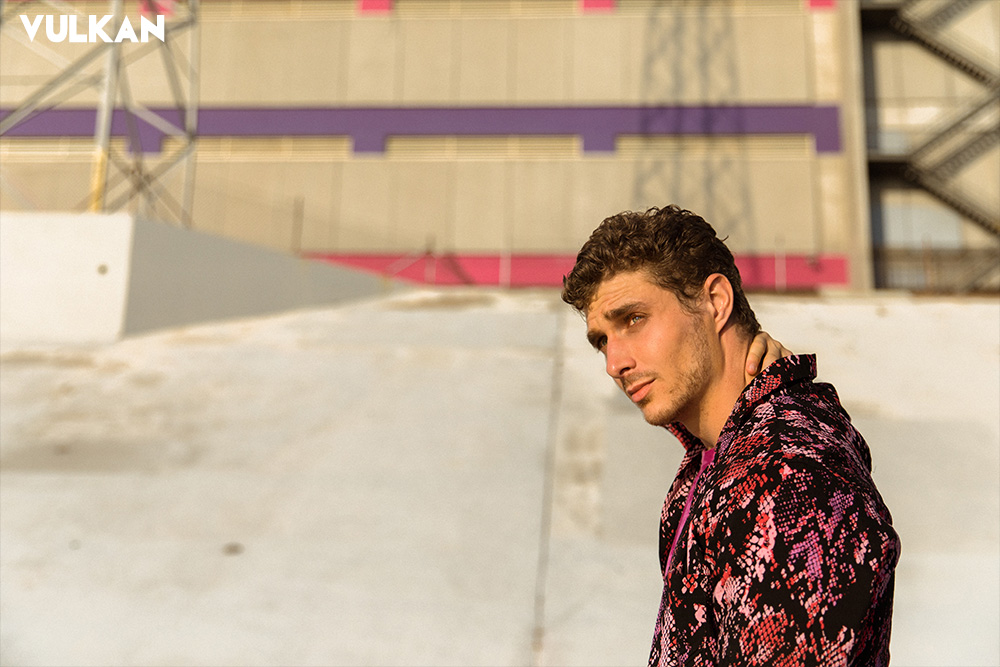 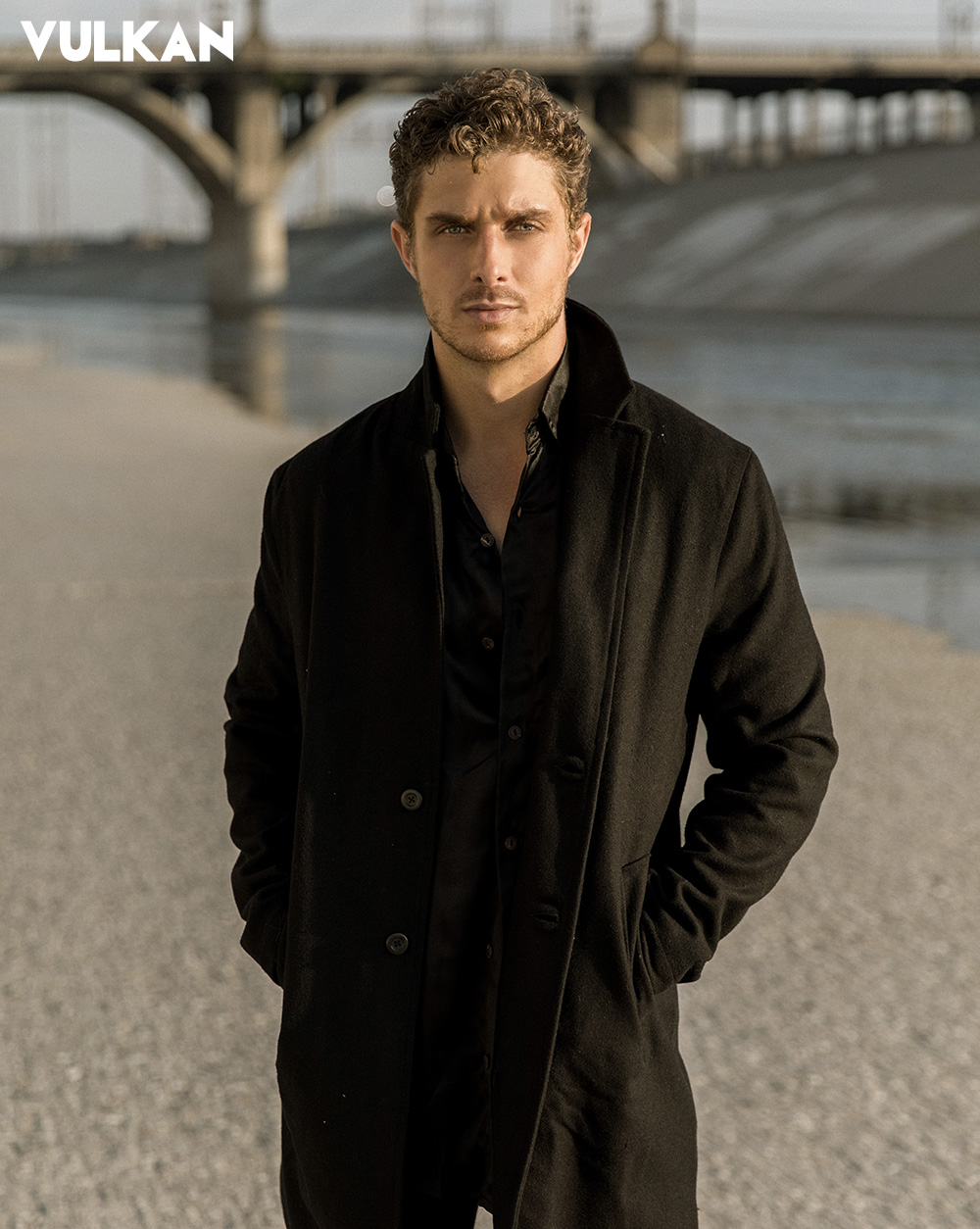 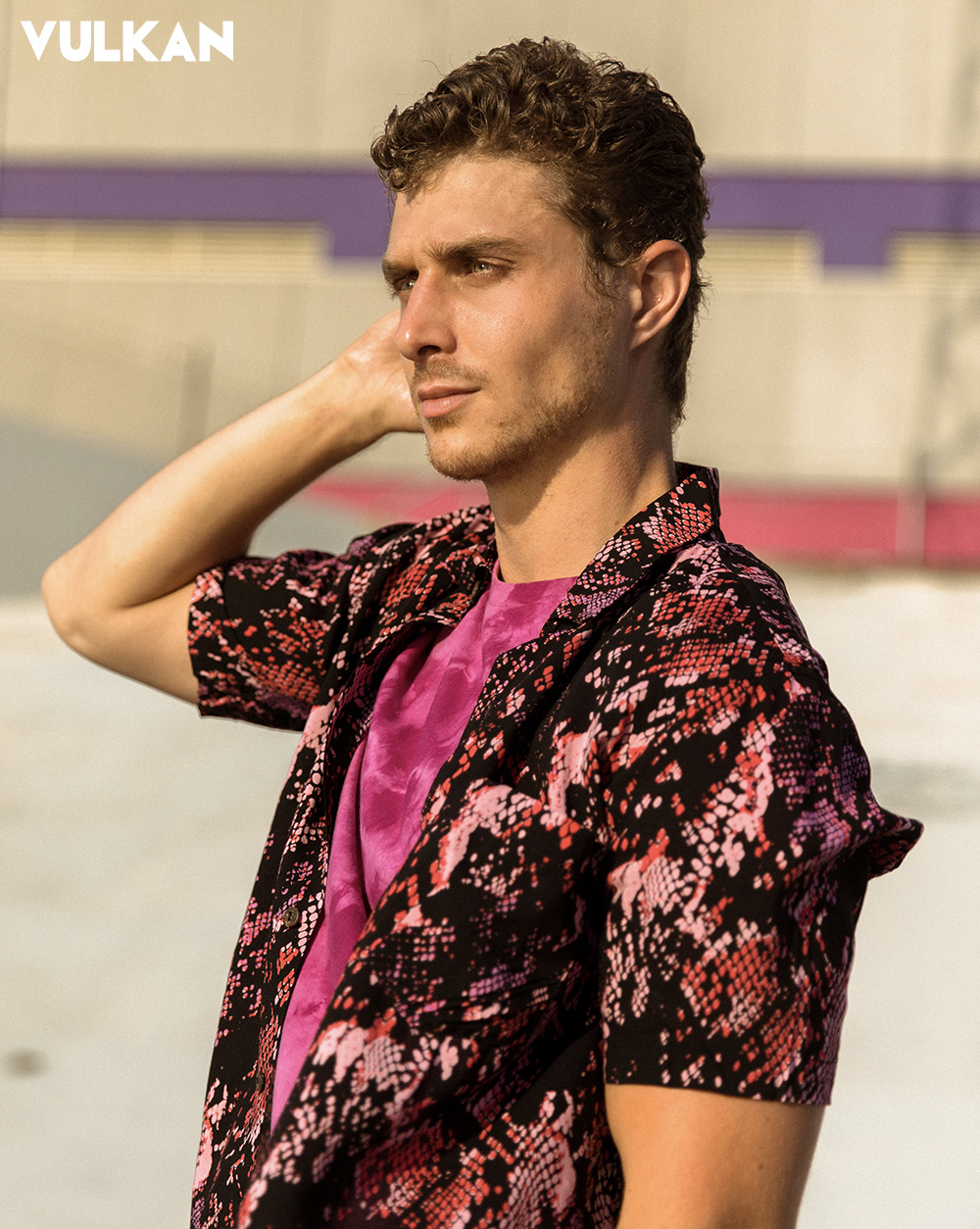 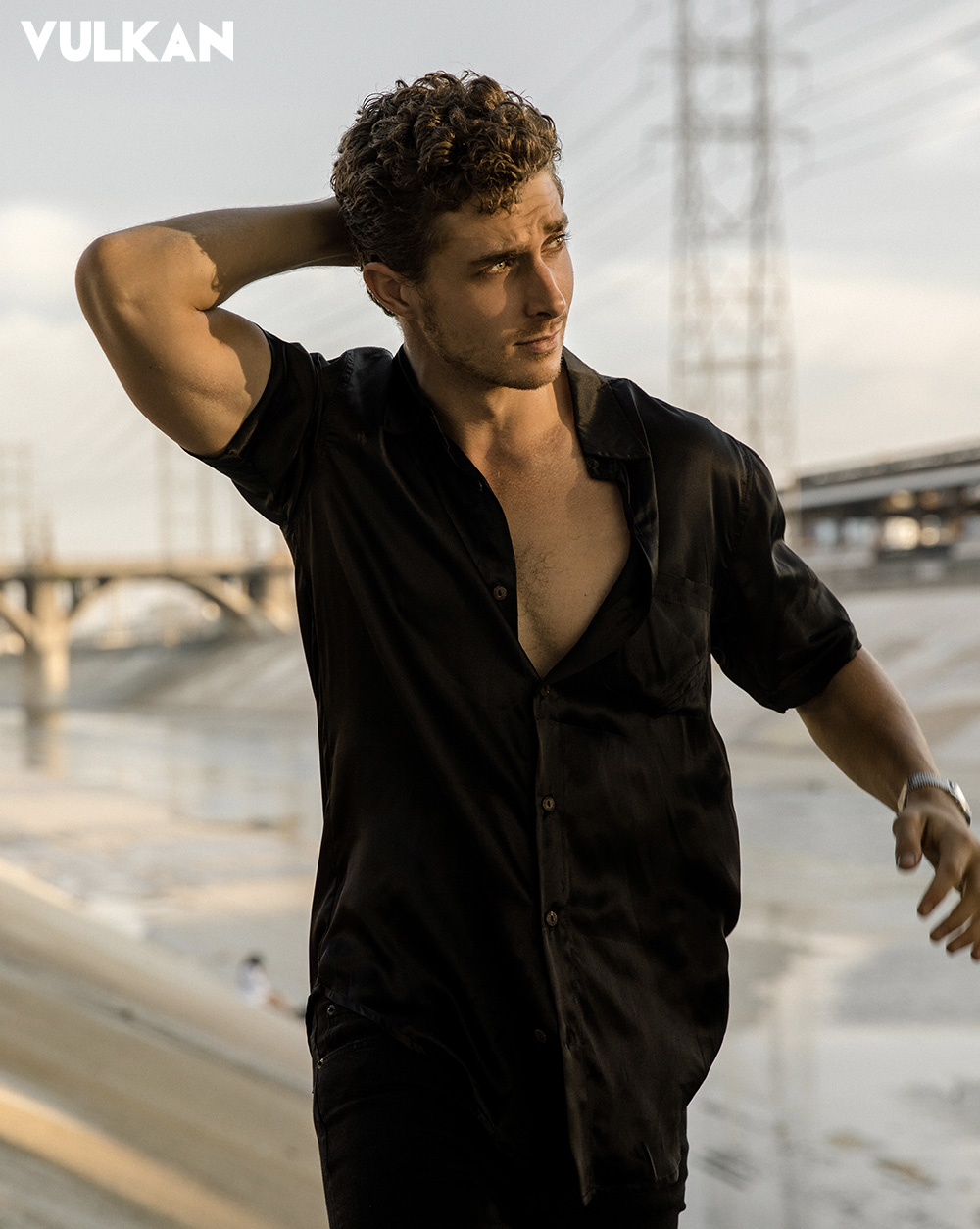 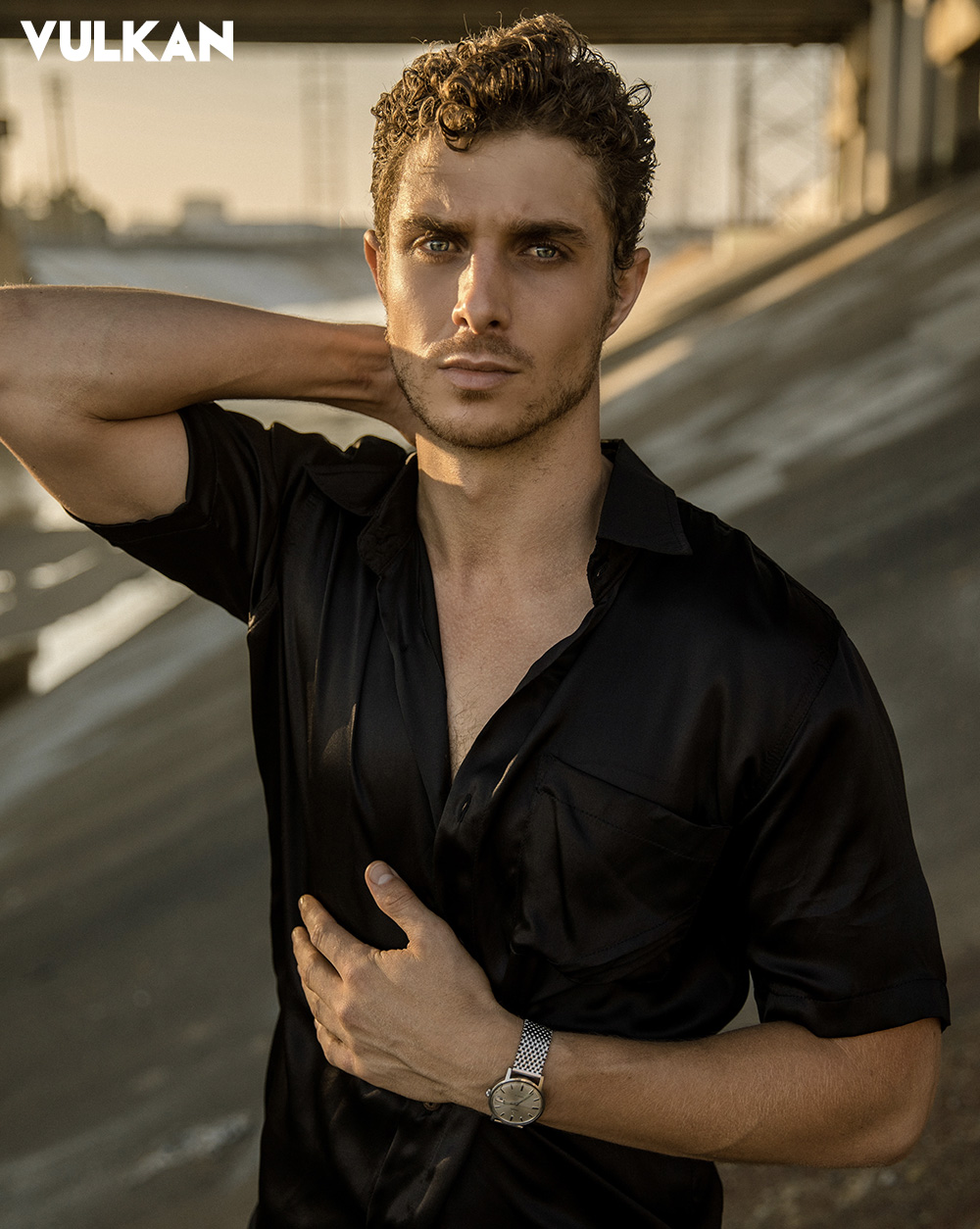 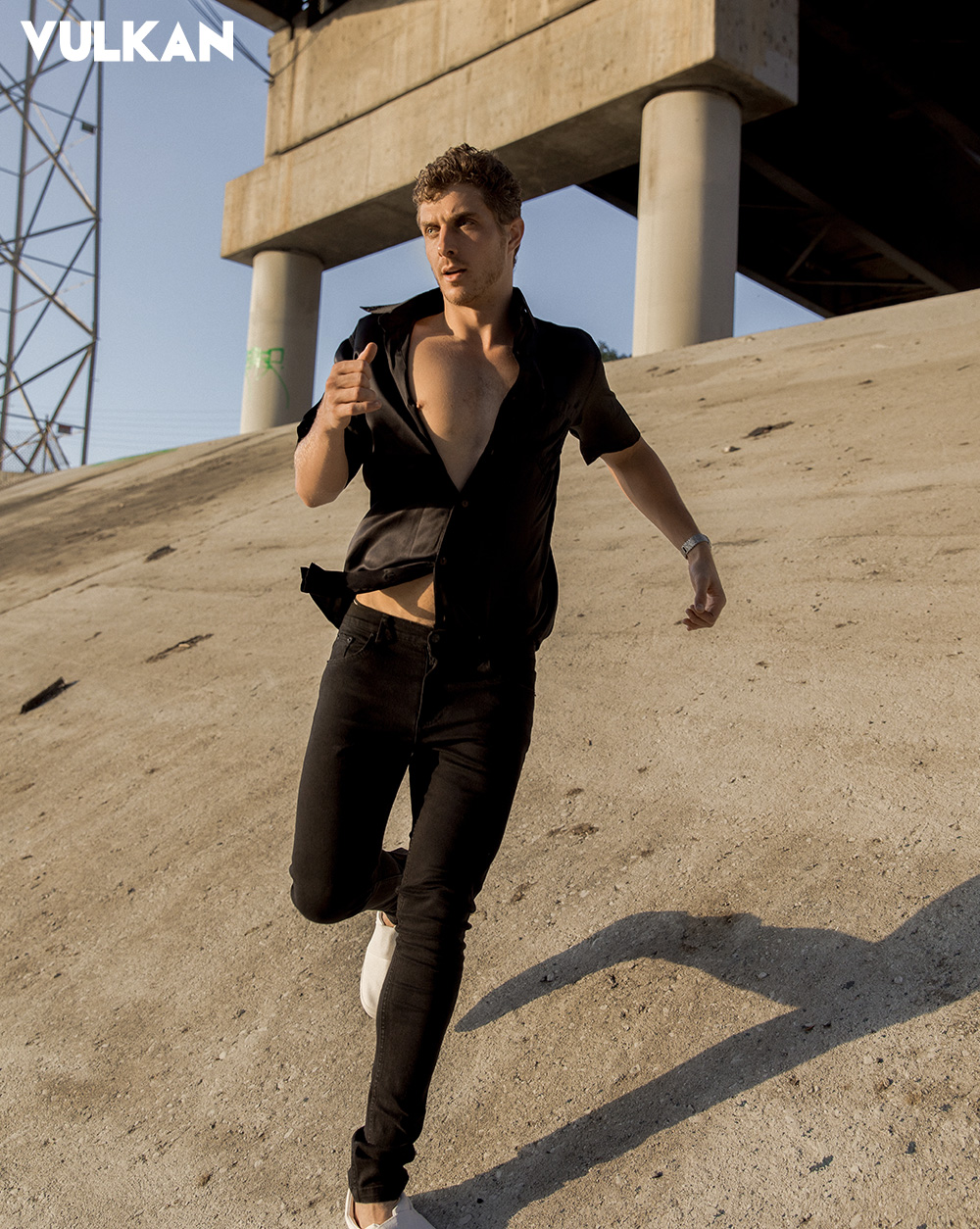 Los Angeles has long been known as a city where dreams are made. In the middle of an industry shutdown however, many find themselves recalibrating and searching for meaning. Multi-talented Australian rising star Alex Cubis knows all too well how resilience is possible in the face of challenge and that, in spite of isolation, dreams never die. Photos by Rachel Palumbo. Stying by Sasha Kiyoka.

You’ve just had a new show, Between Two Worlds, come out in Australia. Will we get to see it in the US?
The distributor, eOne, has plans for it I think later this year. That’s the advantage of streaming – shows or movies made in one country can find an audience on the other side of the world.

In addition to your work in Australia, you’ve also shot a few films and TV shows in the US. Do you have a preference between working in the US or Australia?
Filming in Australia gives me a chance to be close to my family, so I’d say that’s the biggest draw for wanting to continue to work back home. Each and every project is different though, regardless of where in the world it’s filmed.

How has the pandemic impacted you?
A few things got put on pause, so although a challenge, it forced me to put some career goals into perspective which has been really refreshing. Like most, I’m trying to take it day by day while also staying focused on how to best prepare for the future.

In addition to acting, you’re also a lawyer, and own a business. Why do you juggle so many things?
Acting is my passion, but having a creative outlet while maintaining a more conventional business has actually helped me create a balance. In today’s world, I think it’s important not to limit yourself and choose a single path. The impact of COVID has certainly highlighted how it’s important to be able to pivot quickly.

Do you have a dream role or project?
Working on a show like ‘Succession’ would be an absolute dream.